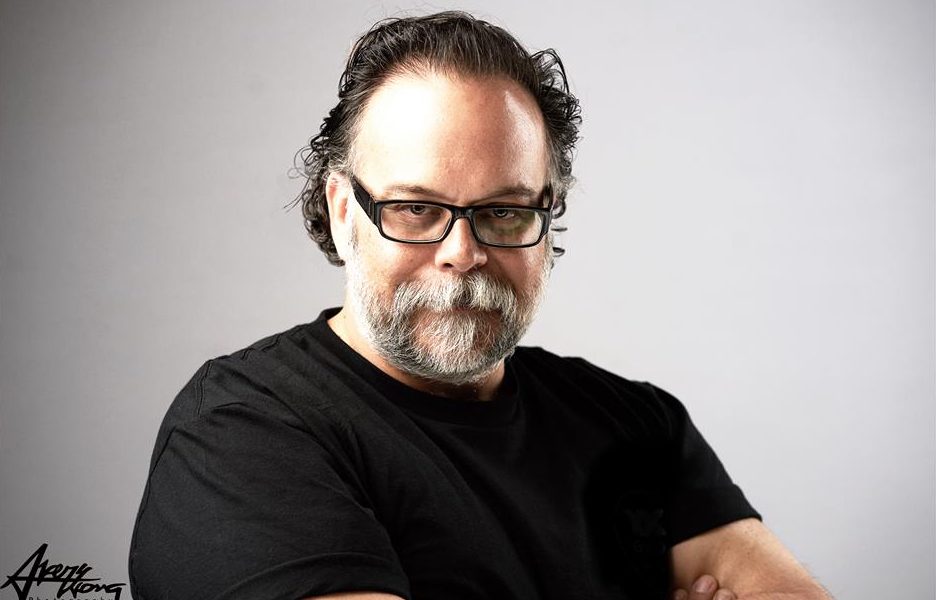 Today we’d like to introduce you to Den Johnson.

Den, please share your story with us. How did you get to where you are today?
I grew up many miles from LA, but with BIG dreams in a small Oklahoma town called McAlester. “Home of Cowboys and Italians”, was on a huge billboard and was one of the first things you saw as you drove into town. I’m guessing it’s probably still there, it’s a pretty unique town.

Growing up, I was surrounded by music and artwork, and creativity was encouraged. My grandmother also nourished my creative side with piano and music lessons, and my mom was a vocalist who taught me harmony, key, and tone.

As an only child, I was on my bike all over town hanging out and developing great friends at an early age. Friends I still stay in touch with too! From my very first thoughts, I’d always dreamed of being in Hollywood and doing something creative. These early seeds of networking and creativity ultimately helped define a wonderful career. In Hollywood.

When I was a senior in high school, somehow, I’d managed to talk the local newspaper into letting me create, write, draw and totally produce a weekly panel cartoon strip. It was called, “Skool Dudes”, which focused on school pranks with goofy one-liners and puns. This was my first published artwork and the first time outside of homework I had to adhere to any sort of a submission deadlines.

I wasn’t getting paid, but I had the opportunity to totally create from scratch, write and produce my very own weekly cartoon strip. Seeing my artwork printed for a town of close to 20 thousand people was payment enough! And if I didn’t make my submission deadline, I wouldn’t get to see my artwork printed in the Sunday paper, so I never missed a deadline! To this day I still don’t know how I made that deal happen, but I do know that by “asking” and networking, has been one of the greatest secrets to my career.

Everyone asked what I’d planned on doing after high school, but I always wanted to be an artist and do something creative in Hollywood. I was told there was no money to be made being an artist, and I should quit dreaming of Hollywood and focus on getting a “real job”. All through getting my BA, I was still compelled to hang out with creative people.

Throughout elementary, high school and college I’d always been really drawn to performing whether musically, vocally or acting, and as a result, I had the opportunity to be cast in numerous plays. When I was in the 9th grade, I won a big trophy at a statewide speech and debate tournament for a comedy skit that featured a multitude of different crazy characters all done by me, simultaneously. Literally a one performer show, and there was even a werewolf transformation! I’ve been creating characters my entire life… from the initial creation to the visuals to the acting and to the vocal performance. It’s all about telling the story, whether it’s a character performance or you’re creating a world, environment, prop or character for game or film. Everything is story.

After my BA and into my “real job”, I was still being driven to be creative. “Real job” world just wasn’t cutting it for me, so from this point, I enrolled in an art school in Texas. This was the 90’s and technology was changing pretty rapidly, especially consumer technology. So, I signed up to learn, “3D Animation and Multimedia”. From there I went on to have a lengthy career as a visual effect’s artist and game developer. It wasn’t easy getting my first job either because I didn’t know anyone in the industry. I was driven and I knew working a regular job wasn’t going to satisfy my creative energies, so I knew it was all or nothing.

Some notable titles I’ve worked on as a visual effects artist/developer have been video games such as, “God of War” 1 and 2, and movies like “Starship Troopers”, “Mighty Joe Young” and many more.

While working in-game and film production, I had the opportunity to meet and work with everyone down the line. From the artwork, we did to audio, to legal and marketing and everything in between. I’ve always been enamored with the entertainment business, so I wanted to learn it all.

Back in the late 90’s, I worked as a Visual Effects Artist creating 3D modeling, texturing, lighting, and building props environments and worlds for video games and film.

We were in close quarters to the audio department and with the thin walls, we’d hear all the FUN stuff coming out of there! I quickly became friends with the audio crew, and I think I may have asked plenty of times before they gave me a shot at the mic, hahah! When I finally did… it felt just like cookies and milk!

In addition to my visual effects work, they began asking me to create creature, monster, and character voices. This collaboration led me to yet another very rewarding and creative career, voice acting!

With over twenty years in the game and film industry and a diverse background with connections in visual effects worldwide, this led me to my currently held and highly cherished position as Associate Director of Placement & Alumni Relations at Gnomon School of VFX for Games and Animation in Hollywood. Last month The Hollywood Reporter listed Gnomon as, “The Top 10 Visual Effects Schools”.

Gnomon is highly respected in the industry worldwide, and I’m extremely honored to represent and help place these amazing artists. Each day I get the amazing opportunity to help so many creative people and make friends with industry giants. I’ve always tended to stay in touch with people from an early age, so I’ve developed quite the connections. Putting the right caliber of folks together is another passion and talent, and I’m quite blessed and honored to know so many wonderful and amazing people!

You’ve had quite the journey and now your at the wonderful Gnomon School.Has it been an easy path overall and if not, what were the challenges you’ve had to overcome?
It has most definitely not been smooth. There are tons of work as a creative person, especially now with so many technological advancements. Getting started, I knew absolutely no one in this business, and I wasn’t blessed with vast riches. Everything I’ve accomplished has been through faith, hard work, drive, determination, perseverance, failure, and a severe passion for creativity.

I’ve wanted to quit several times because this industry is very competitive and can be very taxing. You must be on top of your game to excel… but I never gave up and as a result, developed several key processes and strategies along the way. I have a passion for helping folks out, so these experiences have been developed so I can ultimately help others along the way. Networking and connecting people are what my true ability is and working at Gnomon allows me to help so many creative people.

What else should we know?
Since my first scratch track days and visual effects artwork, I’ve gone on to specialize in voice acting for video games, animation, promo, radio imaging and commercials. Last year I was among the top 10% finalists chosen for the CBS 2 Audition Spotlight at That’s Voiceover! ® Career Expo in Los Angeles, California.

I also have a passion for doing hands-on artwork like painting/drawing and vocal performances with a flair for Heavy Metal!

Is there a characteristic or quality that you feel is essential to success?
I do many things and love to push myself creatively and be surrounded by creative people. Growing up an only child forced me at a young age to go find friends. Because of that, I’ve not been reluctant or afraid to meet and talk to people and most importantly, to ask questions. I’ve always known that the answer will always be a solid NO if you never try, or especially never ask. Besides having talent and drive, I’d say networking has been my number one piece of successful advice, combined with faith, drive, perseverance, and determination.

To have confidence but have your ego in check, to never think you’re at the top of your game, to consistently strive to better yourself, to want more. I’m a huge proponent in helping others out along the way. I believe we have one hand to help ourselves and the other to help someone else up!

I’ve been called a “dreamer” a time or two, but I never let it stop me. Everything that is my current reality and my career was once a dream. Not only do I continue to dream, but I continue to create strategies to be put in motion.

I still talk to folks I went to 1st grade with and have maintained these networking skills through every job I’ve ever had, good people just naturally stick to my ribs! I’ve naturally maintained this sort of networking my entire life and because of that, I’ve managed to have the pleasure of getting to know quite a few people. I believe my main talent is connecting people, which in turn also helps me pursue my own creative interests… and there a quite a few of them! I’ve had quite the life experience so far and there’s so much more to come, so stay tuned! 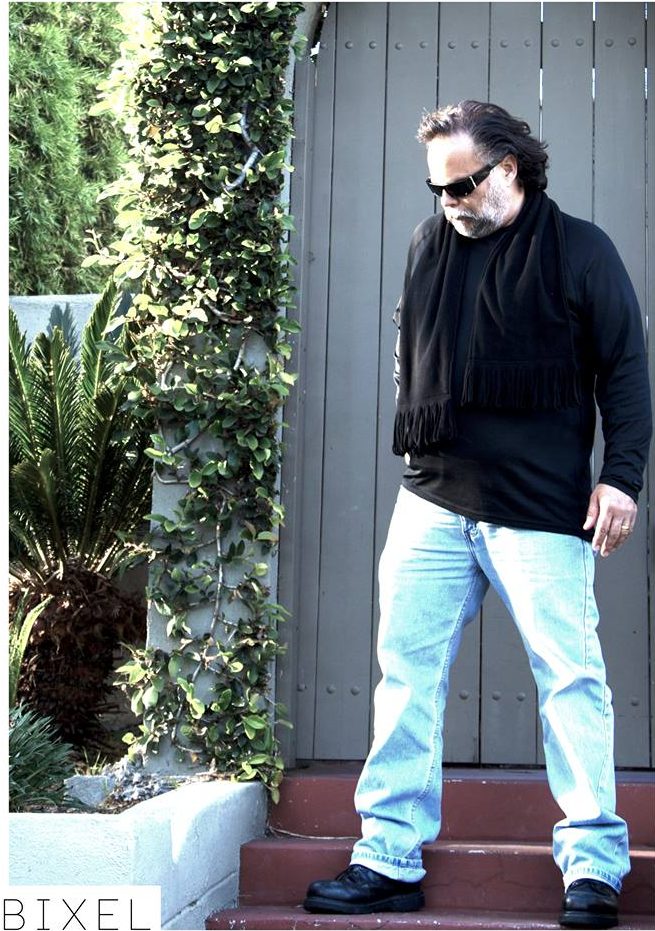 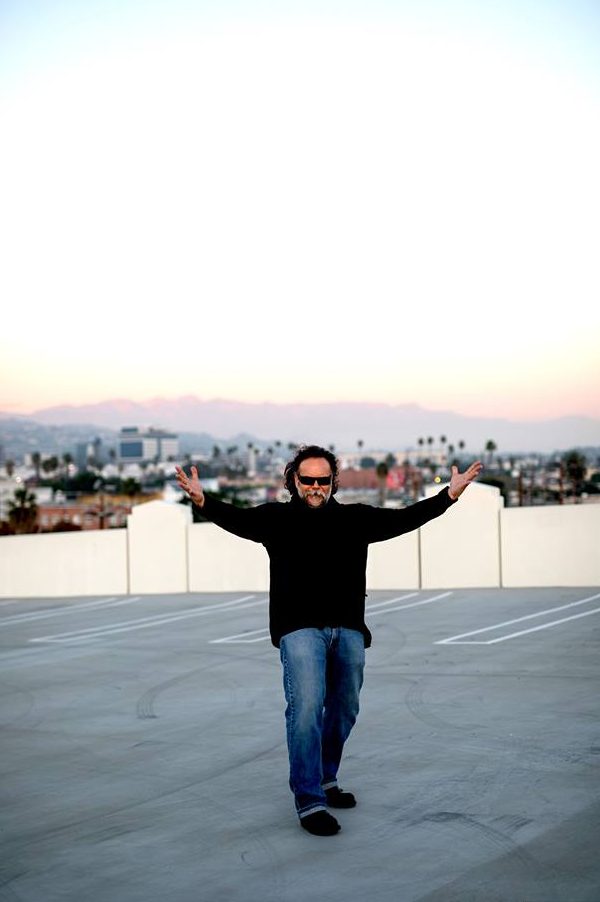 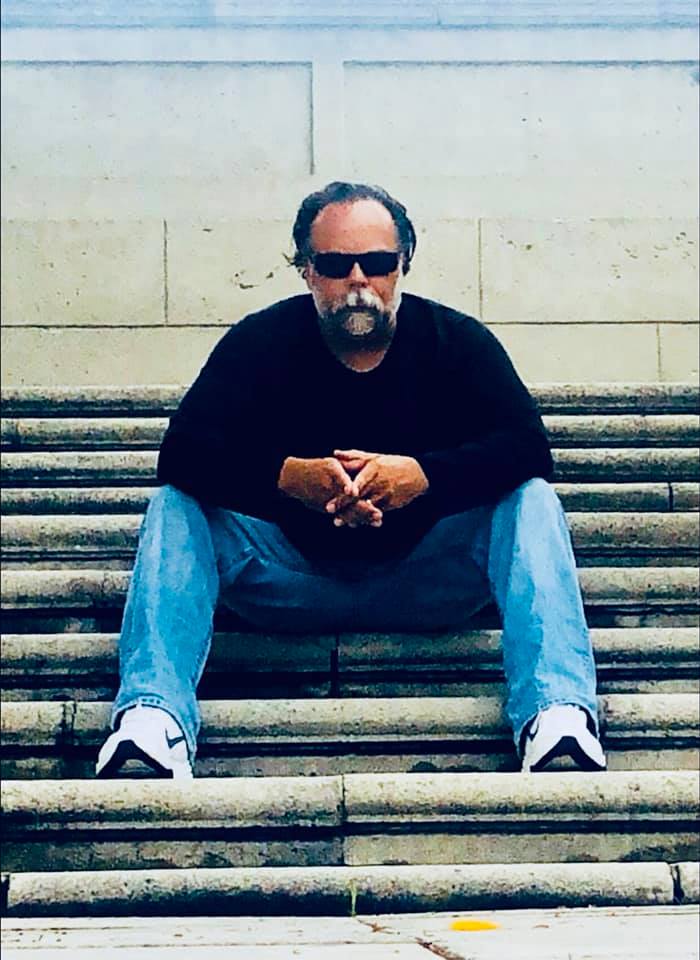 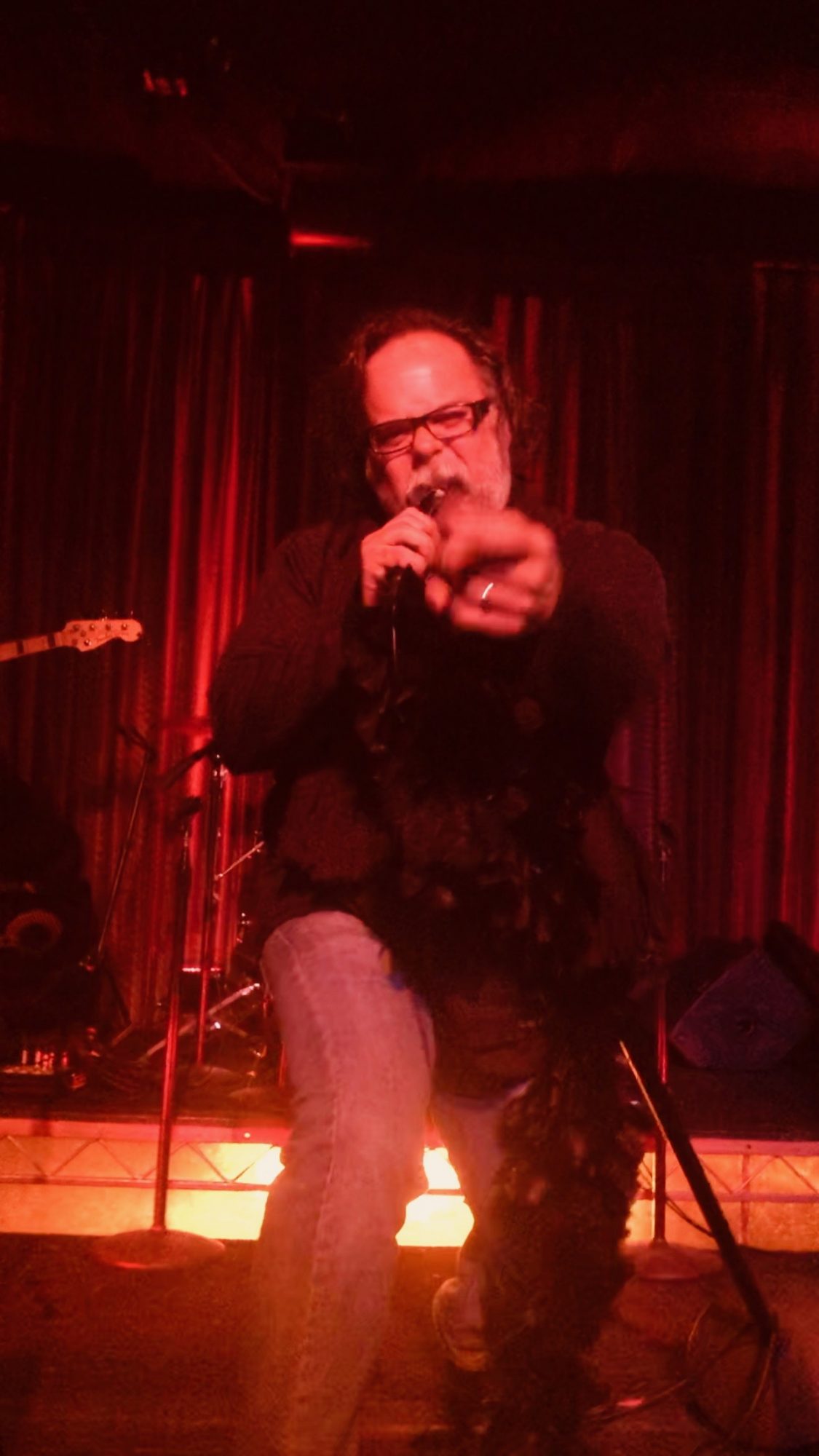 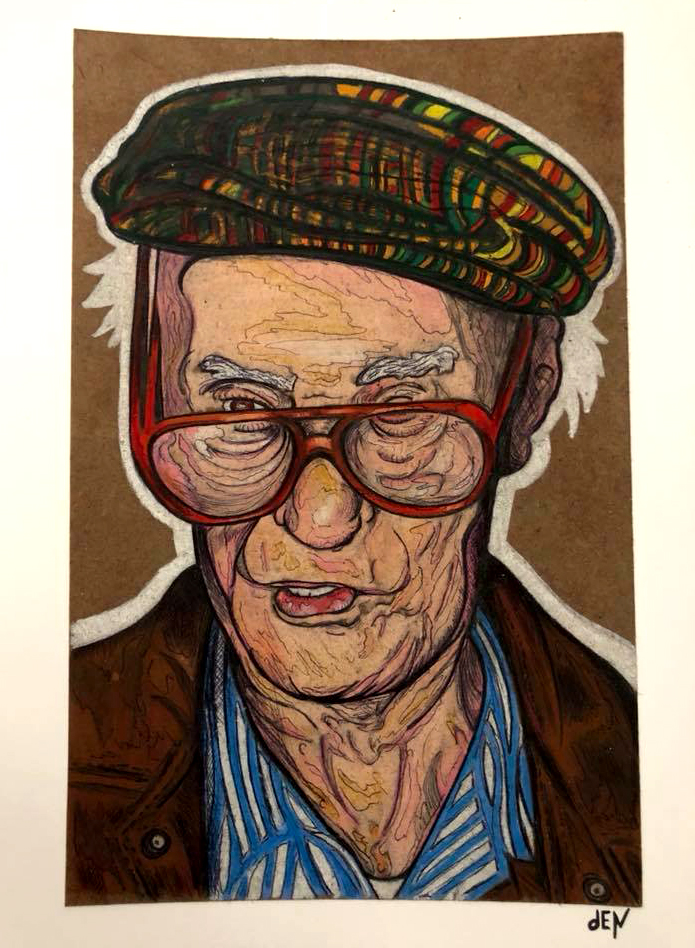