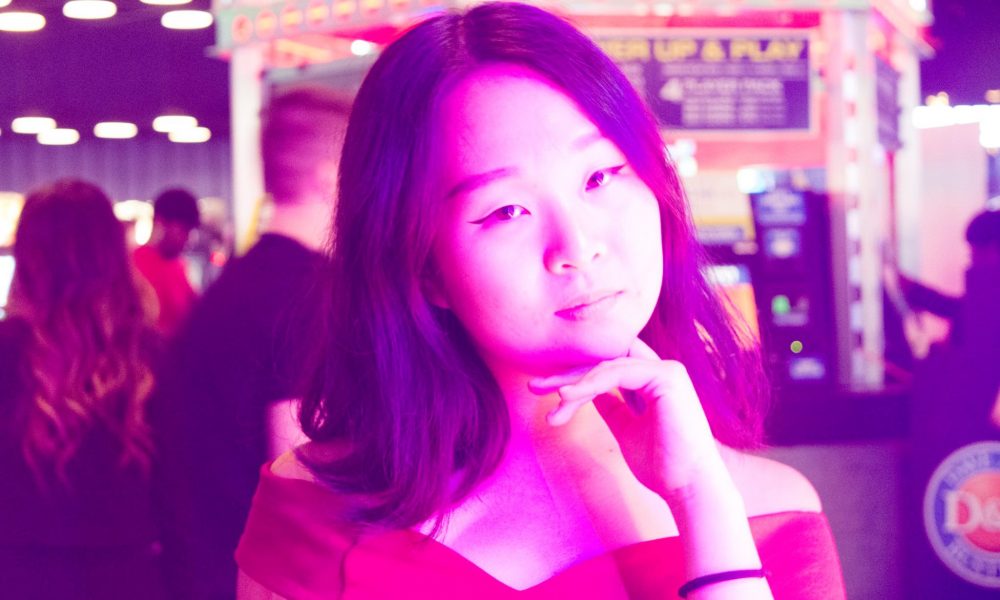 Today we’d like to introduce you to Deborah Lee.

Thanks for sharing your story with us Deborah. So, let’s start at the beginning and we can move on from there.
I’ve been drawing for as long as I could remember. I took art classes here and there but largely developed technical skills on my own. Eventually, I went to Carnegie Mellon University for design (I didn’t get into animation school so design was a solid compromise between my parents and me), where there was more emphasis on the conceptual than the aesthetic aspects for any project. Now that I think about it, the program didn’t require an art portfolio to get in—some kids did design/problem-solving challenges for the app instead. This was perfect for students who would graduate to design digital products at big tech companies like Google, Facebook, Apple, etc.

Being a communication designer (a fancier phrase for graphic design), I stopped drawing for a couple of years in order to focus on that techy design path. It wasn’t until my senior year, after my internship with LinkedIn, when I made my less-than-rational decision to become an illustrator. Like, a professional one.

Beginning my senior year, I looked around my school and realized, “whoops”. There are zero illustration classes, zero illustration professors, zero illustration resources that were in plain sight in the entire university. I had no idea where to begin, and so I cold emailed and asked around until I was introduced to a couple of alumni who began illustration after graduation. They gave me some websites and podcasts to check out, and those led to other findings that eventually painted a very broad picture of what the industry looked like. Every moment that wasn’t used for class or studio projects was spent playing “catch-up” with art students who are formally trained in illustration at other schools. (I think it’s important to note that I had the privilege of having a return offer to LinkedIn, so I wasn’t worried about post-grad in general)

A lot of this process was what some would describe as “fake it until you make it”. With the help of a professor to give me some accountability, I gave myself mock editorial assignments and deadlines every week until I had a substantial portfolio. In the meantime, I was submitting my work into the void: jobs, art directors, competitions, annuals. 99% of the time, I heard nothing. This went on for a semester.

Second semester is when I started people answered. There’s one week I remember in particular where it just all happened: the proof that the hard work was paying off on its own.

Earlier that year, I applied to an internship with NPR. This was a very rare opportunity where an accredited news organization was looking for a student/recent grad illustrator for the following summer. All the industry professionals were tweeting about this job and almost everyone I knew in Real Illustration School was looking at this. The chances I would get this would be little to none. So I went extra hard: tailoring my entire resume, cover letter, and portfolio to fit the job description. Later, I passed into the interview process, and got a call from them one day, that yes, I got the job! I would be spending my summer in DC immediately after graduation before moving to the Bay Area for LinkedIn. This was a great opportunity to finally put everything I’ve learned from my own mock editorial assignments to a real-life use.

A few days after that call, I get an email from the Society of Illustrators in Manhattan. Not only did my piece, one of 8000 entries, make into the annual student show of 150, but also it got one of the highest scholarships possible. This blew my mind—especially after hearing about Society in all my research! I thought there was a mistake and was almost expecting a follow-up email apologizing for the mix-up.

Later that week, a literary agent named Ed, saw my work posted on the Society of Illustrators twitter account and asked if I were interested in working in publishing: something I haven’t thought about since I was so focused on working my way into editorial. I decide to take up that offer for representation, and began my first picture book, “Koi Girl”.

So now there are two streams of work happening: I’m at my NPR desk from 9-5, churning out illustrations every other week. Then I leave to work on the proposal of “Koi Girl” and other freelance assignments as more find my illustrations via my new employer. This goes on the end of the summer until I move to Silicon Valley, where suddenly I’m surrounded by families who look more like me. The strange, new environment gives me some nostalgia about my own family that couldn’t quite be explained in a single illustration. So I make a comic about it instead, told through a language barrier between my grandparents and me.

Ed is touched by this comic when seeing it on Twitter, and suggests a graphic novel about it! I’m immediately on board with this idea, so thus begins “In Limbo”, a memoir about not only language barriers but also the intersection between my Korean-American diaspora and mental illness. I am so invested that we finished the proposal in a month, complete with a synopsis and 15 sample pages. Ed strategically sent it to about a dozen publishing houses, and we land a deal with First Second Books: a publisher that has worked with many of my own inspirations.

All this happened only in 2018, and it’s been a whirlwind ever since. I quit my full-time job at LinkedIn this month, and am now contracting as an illustrator at Lyft in order to slowly wiggle my way into a life as an independent illustrator. I recently gave my first speaking event at the inaugural Lightbox Expo in LA and am signed for some big hush-hush projects to be announced soon! I’m extremely thankful for everyone who gave me a chance and the friends who supported and believed in me along the way. The latter has especially picked me up during the many, many moments where I felt like I was going nowhere. Without their encouragement, I wouldn’t have made it here.

Great, so let’s dig a little deeper into the story – has it been an easy path overall and if not, what were the challenges you’ve had to overcome?
Definitely not! Other than my broader story of trying to get into this industry without having the degree, receiving rejection after rejection for months, and fumbling my way through the dark, here are some things that happened that made me almost give up.

Over a weekend, I ordered calligraphie-d, and hand-lettered unique notes and addresses onto roughly 100 postcards to mail to art directors I wanted to work with. Weeks later, they were sent back to my doorstep in a bundle. After jumping to the conclusion that I must have been excommunicated from the illustration industry, I realized it was because USPS doesn’t take vertical postcards.

The only professor in my university with some experience in illustration told me that I “might as well work for free because it’s not like anyone else will hire me anyway” because there are “more qualified people out there”. I think they were trying to be honest and well-intentioned, but it’s still something that one doesn’t tell a student. Though, the same person told me that me having a literary agent during college will forfeit my diploma, which I found out was a lie/misunderstanding(??) from my academic advisor. So I don’t know what was up with that.

Just overall, being told that my passion for illustration has no place in our school program, or that my voice doesn’t matter.

Please tell us more about your work, what you are currently focused on and most proud of.
I am an author and illustrator based in Oakland who freelances in editorial and publishing illustration. As of now, I am a contract illustrator at Lyft on their Core Design team which means I work on their app and web products 9-5. Which also means I don’t sleep!

My work, especially in editorial and publishing, deals with heavy emotions and tough social moments and childhoods. I love exploring the nuances and intricacies of identity and mental illness, which are reflected into my current project, “In Limbo”, a graphic memoir. It is scheduled to publish in late 2021.

Is there a characteristic or quality that you feel is essential to success?
Stubbornness. And some spite! If someone or something tells me I can’t do something, I will do everything in my power to prove them wrong.

This stubborness/spite is most reflected during this one time at a Saturday Korean school when I was 9. People were watching me draw over my shoulder, and one of them loudly points out that “her sister can do better”. Then, I made a weekly habit of drawing something else for that moment where everyone would watch me again. Eventually, the girl looks over, goes “huh!” and walks away. Biggest accomplishment of my life. 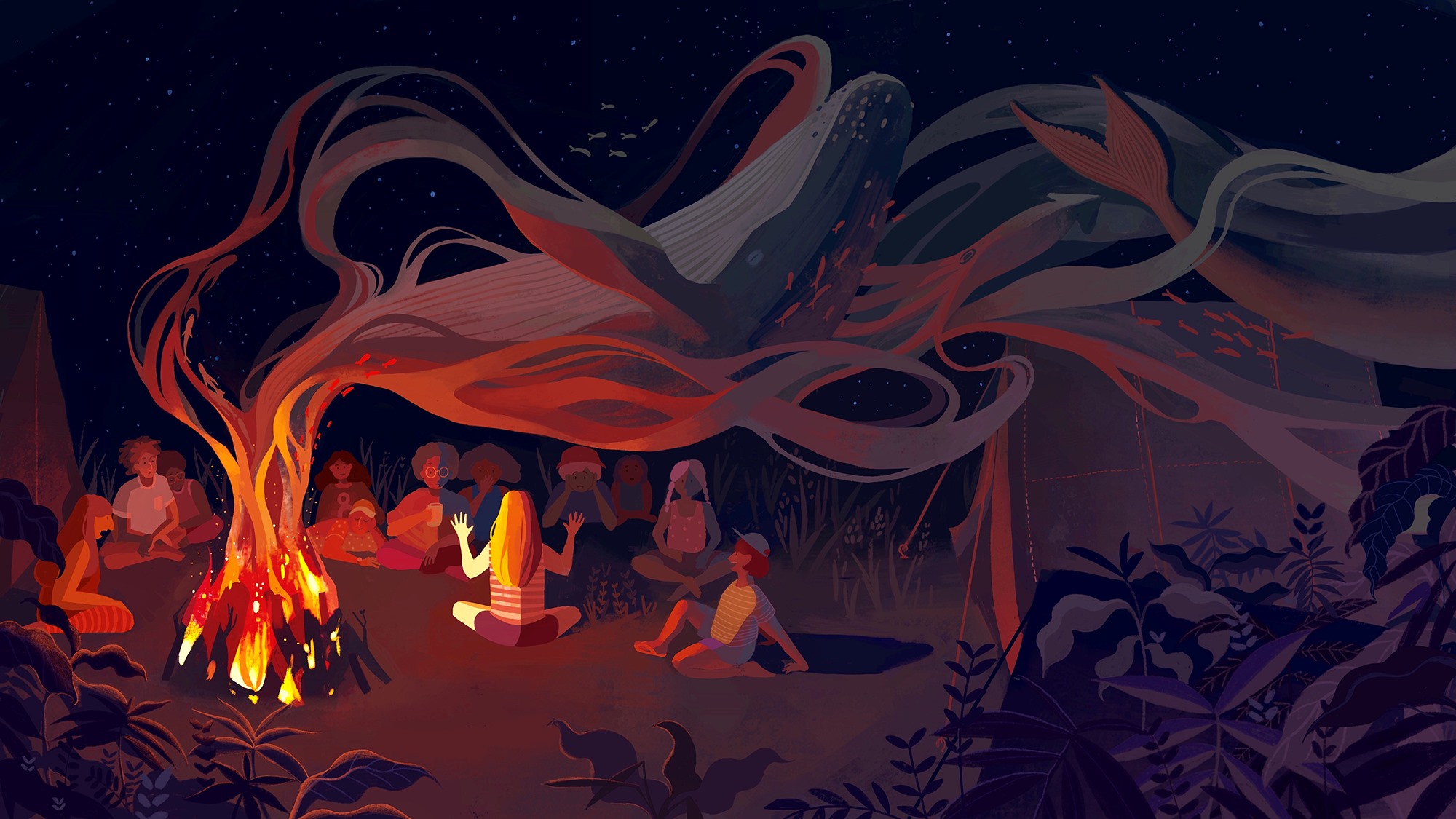 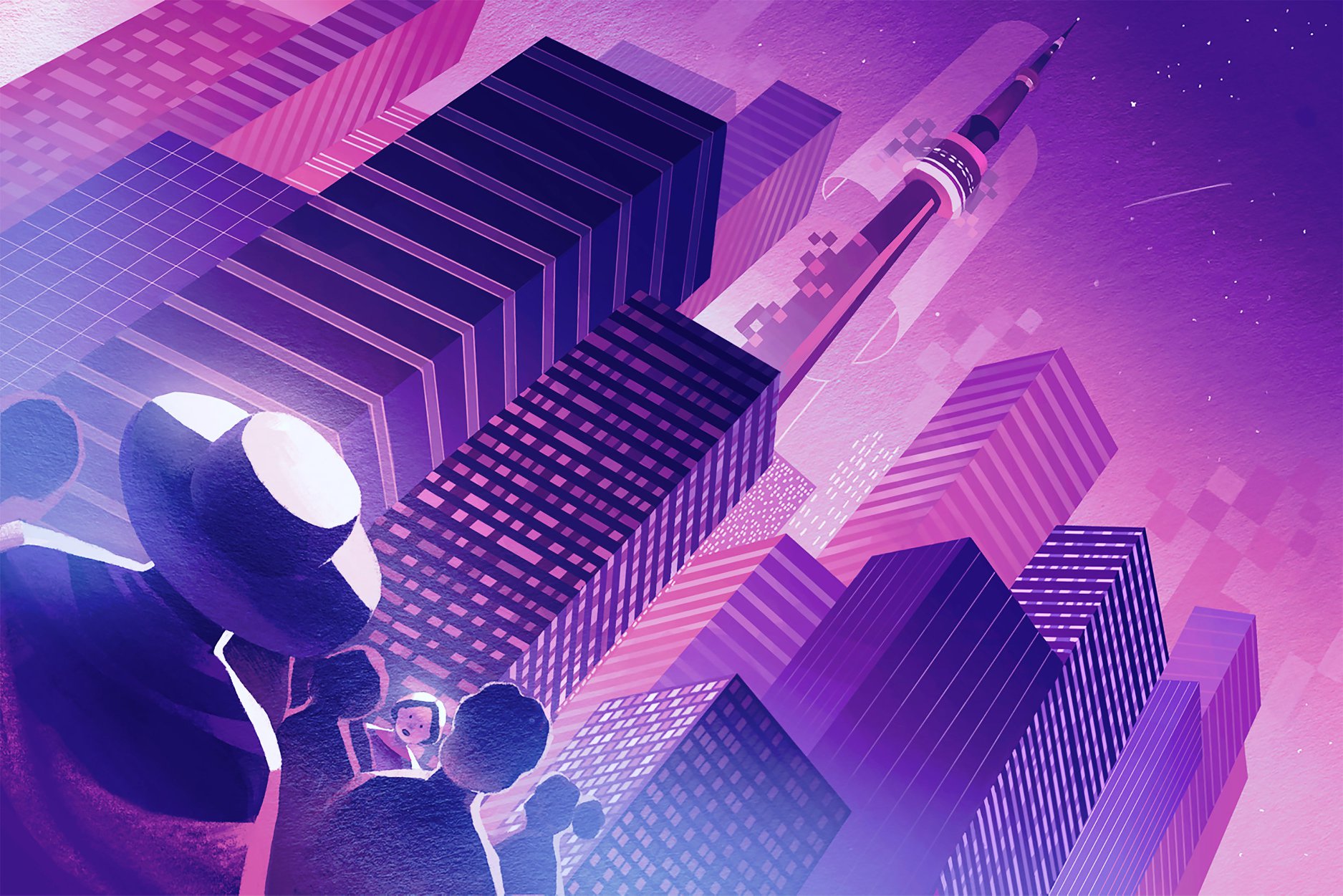 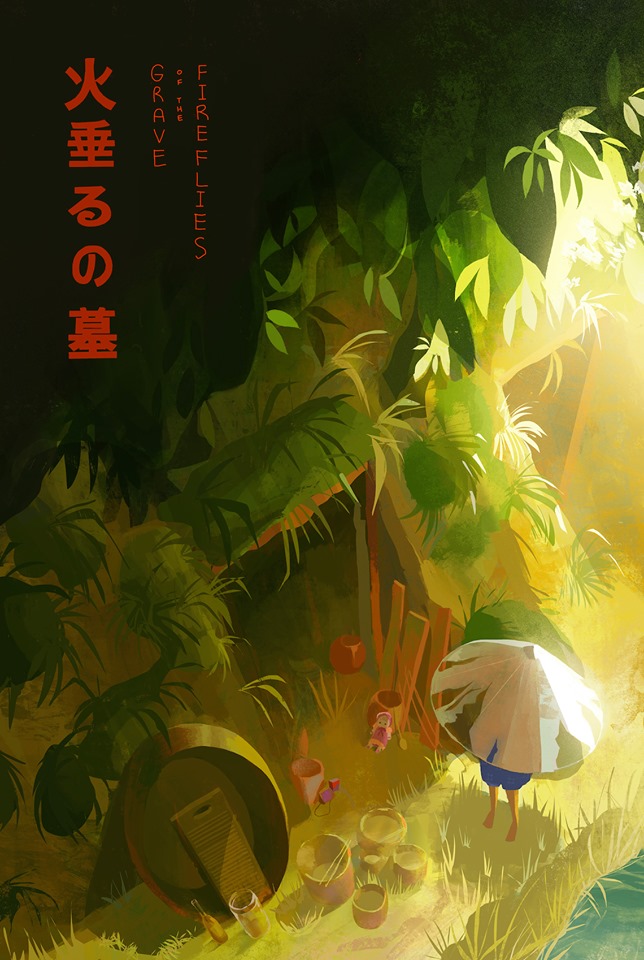 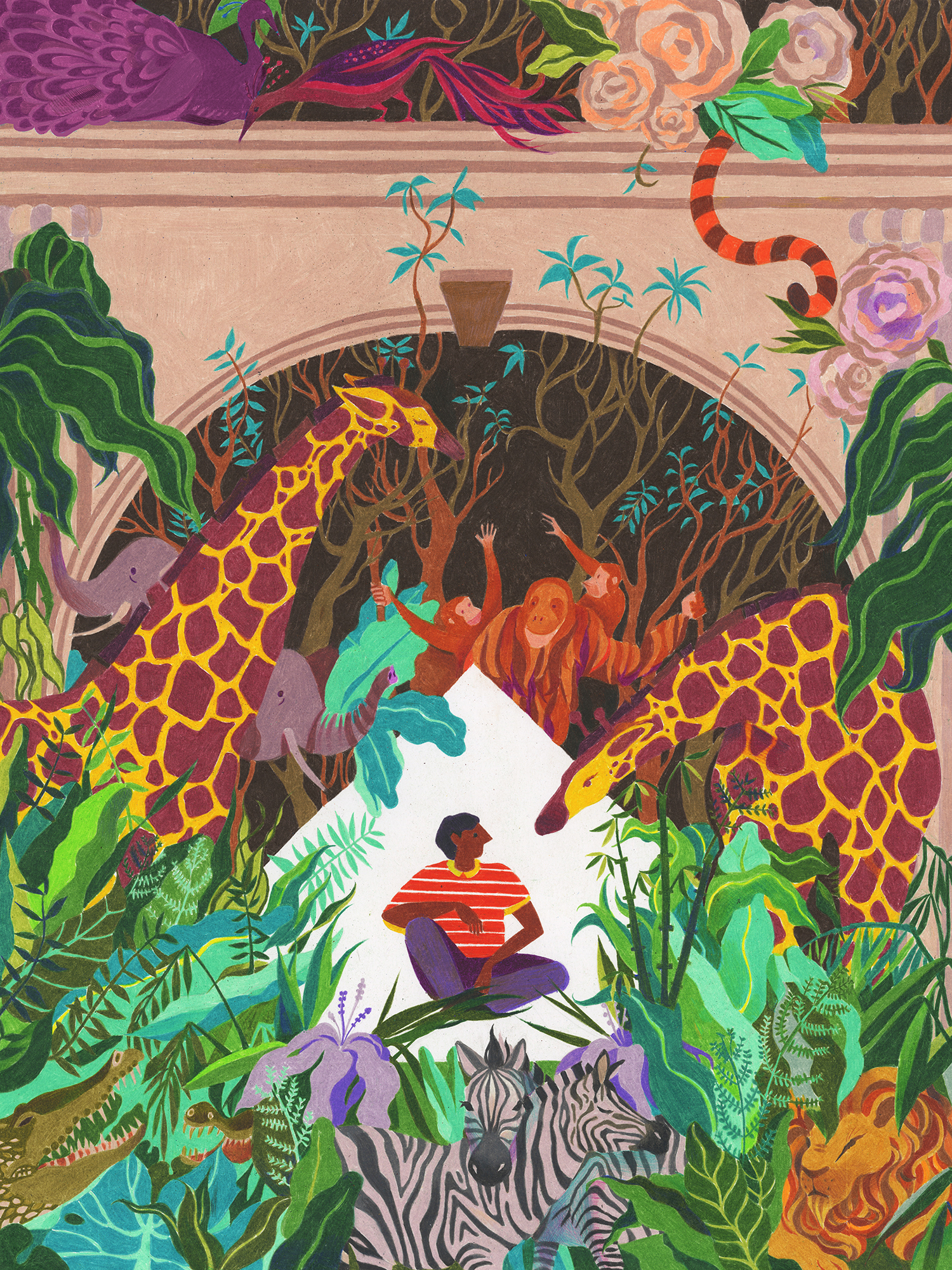 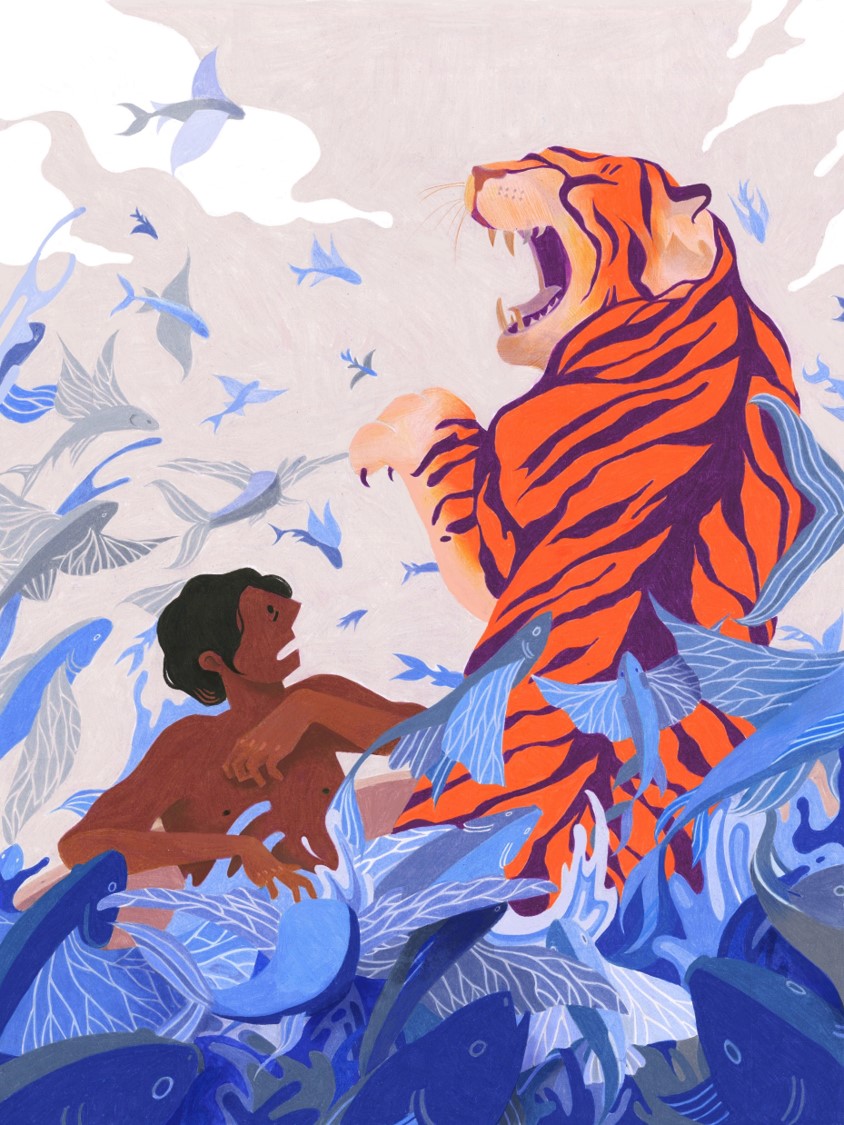 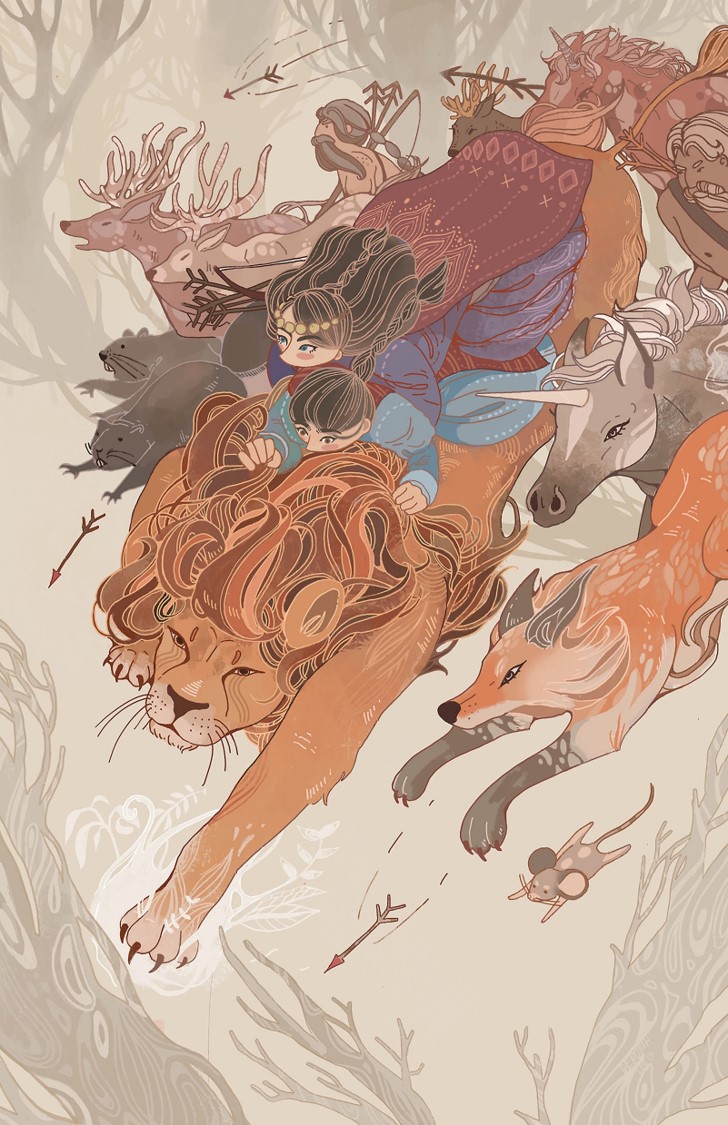 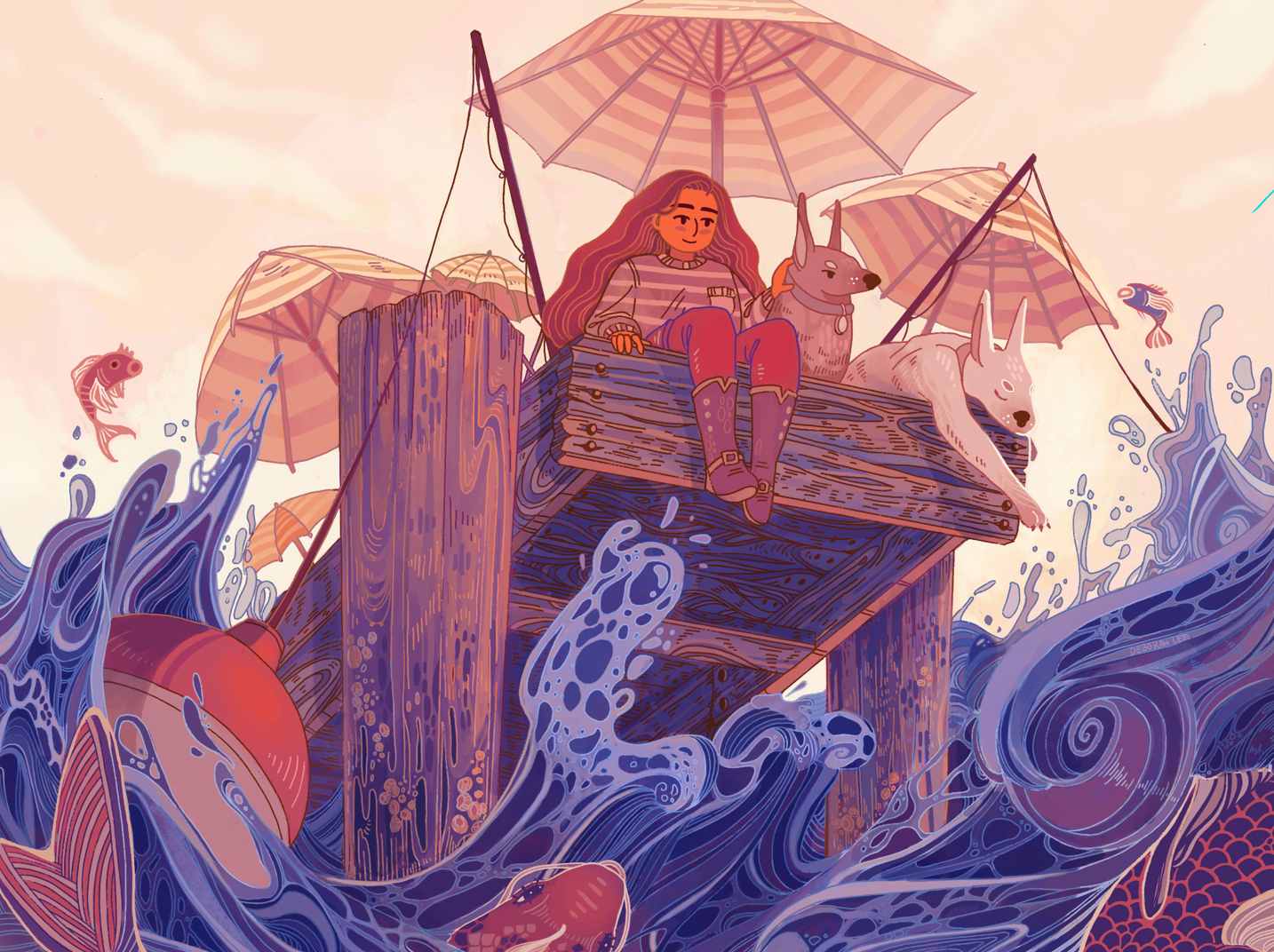