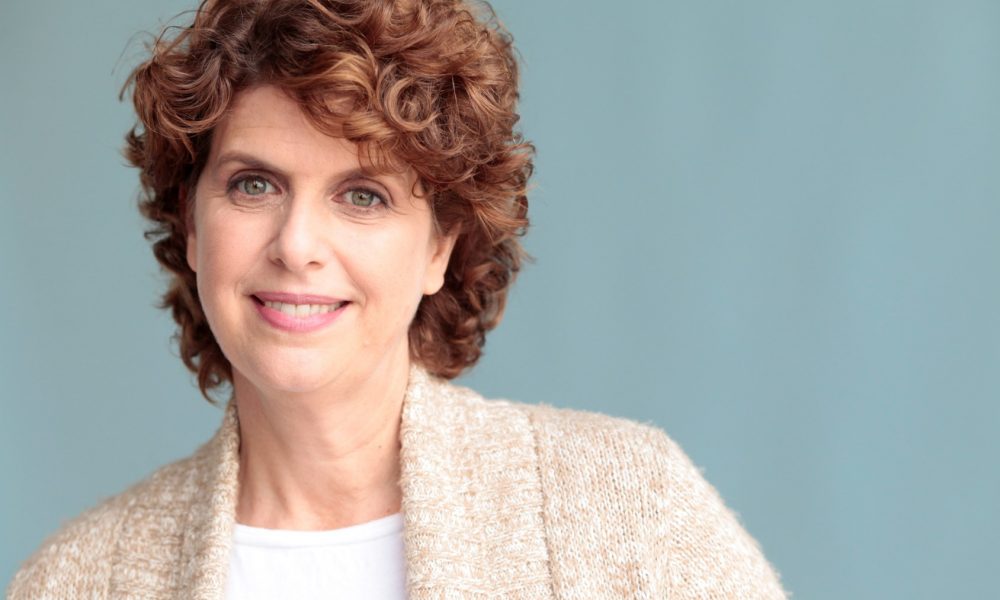 Today we’d like to introduce you to Deb Snyder.

Thanks for sharing your story with us Deb. So, let’s start at the beginning and we can move on from there.
Once upon a time’ is the best way to describe my beginnings they were so long ago. I was born into showbiz in New York. My Dad was a famous but unconventional choir director. My Mom, a lyric soprano, who sang all over the Mid-West with her sisters. She worked with my Dad’s singers to perfect their technique. My Dad’s group was chosen to be on an old TV show entitled, “The Kraft Music Hall” which filmed in a big theater in the city. I remember sitting in the seats watching Burt Bacharach and Angie Dickinson sing, “What the World Needs Now is Love Sweet Love” and laughing at Rich Little, the famous impersonator, who would turn around to entertain my mom, brother, and me as we waited in-between acts. I must have been 4 or 5 years old. The By-George Singers, as the choir was known, used to rehearse in this lovely mansion. One day an elderly gentleman came out of a little office by a kidney-shaped pool. He was wearing a hat and a grey button down sweater. He handed my brother and I a picture from the very popular Batman show! It read, “Dearest Deb, Love the Penguin!” The picture hangs on my wall today.

What does this all have to do with my business? I am an actor and a singer who tells her stories from the fabric of her life.

I have a lot of fabric to choose from! My acting life started early in life with home performances, continued in high school through college and beyond. After attending graduate school at Brandeis in Boston, I started writing and singing in a rock n roll band with my husband of 35 years. In addition, I met a musician who changed my life. Philip Bynoe became my songwriting partner. We were part of a new type of children’s theater. It was a group that helped at-risk youth look at their lives through the safety of theater. He was hired as a musician and I as an actor/storyteller. We created theatrical pieces from improvisation about our own lives. The scene would be frozen at a critical decision making moment, and a student was invited to take one of the actor’s hats onstage to continue the scene. Talk about developing improvisation chops! Best training in the world. Work with and for children. Their minds are so facile and open to possibility. The personal growth these children leapt through was very moving. A child who didn’t talk in week one was running a scene by week five. Great program!

Philip and I wrote songs together during that time. And I really learned how to craft lyrics that tell my story but are relatable to others. Truth from your life will resonate with someone else.

Life was a series of adventures and after three years of writing bliss in Boston, Philip started touring around the world with bands including Steve Vai, a superb guitarist. Philip can rock a bass to make you dance and then pick up his Mom’s cello and make you cry. He also has perfect pitch, which I do not as he likes to point out. ;0)

I moved to New York and ended up landing a starring role in Ang Lee’s first film entitled, “Pushing Hands”. I performed in some wonderful plays by Nicky Silver. I was doing theater in New York and improvisational murder mysteries in Boston. Then my husband’s company moved to Florida where I learned to do commercials. After a few years the company collapsed, and we were in total financial ruin. My husband and I had nothing to lose so we packed up our bags and moved to Los Angeles where we both found our feet again and are thriving today. And I reconnected with Philip!

Today I work in all areas of performance. This year I have filmed five commercials. I was in Big Little Lies second season, and last year had the fun of working on the show Life in Pieces. I continue to write and record children’s music with Philip. We just released our 4th CD entitled, “A Dog’s Heart”. Wonderful kid-friendly stories about dogs. We are now in talks about creating our 5th album.

Philip and I wrote a lot of music together, but the technology was not what it is today. It was expensive to put together albums at that time. I remember going into his house in Boston with a group of singers to record some of the songs we had written. Philip had an eight-track tape machine in his bedroom and a microphone dangling precariously over the bed which we all crouched around and sang into! Back then you would had to have spent hundred of dollars going to a recording studio to mix all the tracks and on top of that there were album printing costs.

Technology was a game changer for musicians for us. We could now purchase software and equipment and create our own home studio. Today we don’t even have to create CDs anymore. It’s streaming and downloads. It’s been a wild tech-ride!

Philip and I lost touch for about ten years after Boston. After I moved to Los Angeles, I found out he had moved here a few years before me. I forgot how we found each other again, but it was meant to be. We started writing music weekly. The time was right for us. Technology was changing. It didn’t cost us a ton of money to record and mix music and print our cds. Since finding each other again our writing has flourished. We are so very lucky to be able to create this way together. Our bond of trust and compatibility allowed us to be vulnerable in the process of creation and many surprising songs have been produced from our partnership.

PBnDeb – what should we know? What do you guys do best? What sets you apart from the competition?
Deb Snyder and Philip Bynoe, as PBnDeb, use personal childhood experiences, vivid imagination and musical creativity to write original songs dealing with the everyday issues and joys of childhood. The music of PBnDeb is mainly for young children 3 to 6 years old.

PBnDeb songs receive all the benefit of living life. My writing is informed by everything I do. Philip is the same way. The truth of our music is the truth of our lives. We use imagination to elevate and explore all kinds of ideas. Our music is fun, adventuresome, catchy, involved, creative, and accessible. It’s exciting to sing our songs with children. Every Halloween, I go into a classroom and sing one of our songs entitled “Edgar the Spider”. It’s about a spider who everyone loves BECAUSE he is scary! Philip voiced the spider with his deep voice. Kids will come up to me and mimic his voice and say, their name as they sing the famous refrain from that song. They will sing to me, “My name is Beatrice, I am a spider!” LOVE IT!

I am especially proud of all the voices I do. I’ve never broken down the doors of the voice overworld, but have always loved radio shows and the thrill of creating a character through voice alone. On our A Dog’s Heart album, Philip and I wrote a song entitled, “Detective Dog”. It’s a seven minute story performed as a radio show. I voiced all of the characters in it. We laughed through that entire recording. If you listen closely I’m sure Philip left some on there somewhere. He is so smart-alecky in his sense of musical humor. You can listen to any of his tracks and hear different little elements he added that you didn’t catch the first time. It is so delightful!

I was recently told by a mom who discovered our music that she had been having trouble with her three years old throwing tantrums in the car. She remembers putting on our A Dog’s Heart” CD and when the song “Puppy Parade” came on her son quieted down immediately! She thanked me and told me it works to this day. I told her the song was written based on John Philip Susa marches!

Do you look back particularly fondly on any memories from childhood?
When I lived in New York, my two lovely great aunts lived upstairs from me. My Aunt Mary was the bookkeeper in the family, the other aunt, my Aunt Julie, was a seamstress. She used to make me these beautiful dresses. I remember my favorite one satin white with red velvet pockets and collar. My Aunt Julie had her sowing machine in a closet with sliding doors that could be shut-off from the rest of the room. I used to sit in there, tucked away in the corner amongst all the fabric, feeling safe and loved. I listened to her create her magic and dreamt of the day, I would create mine. 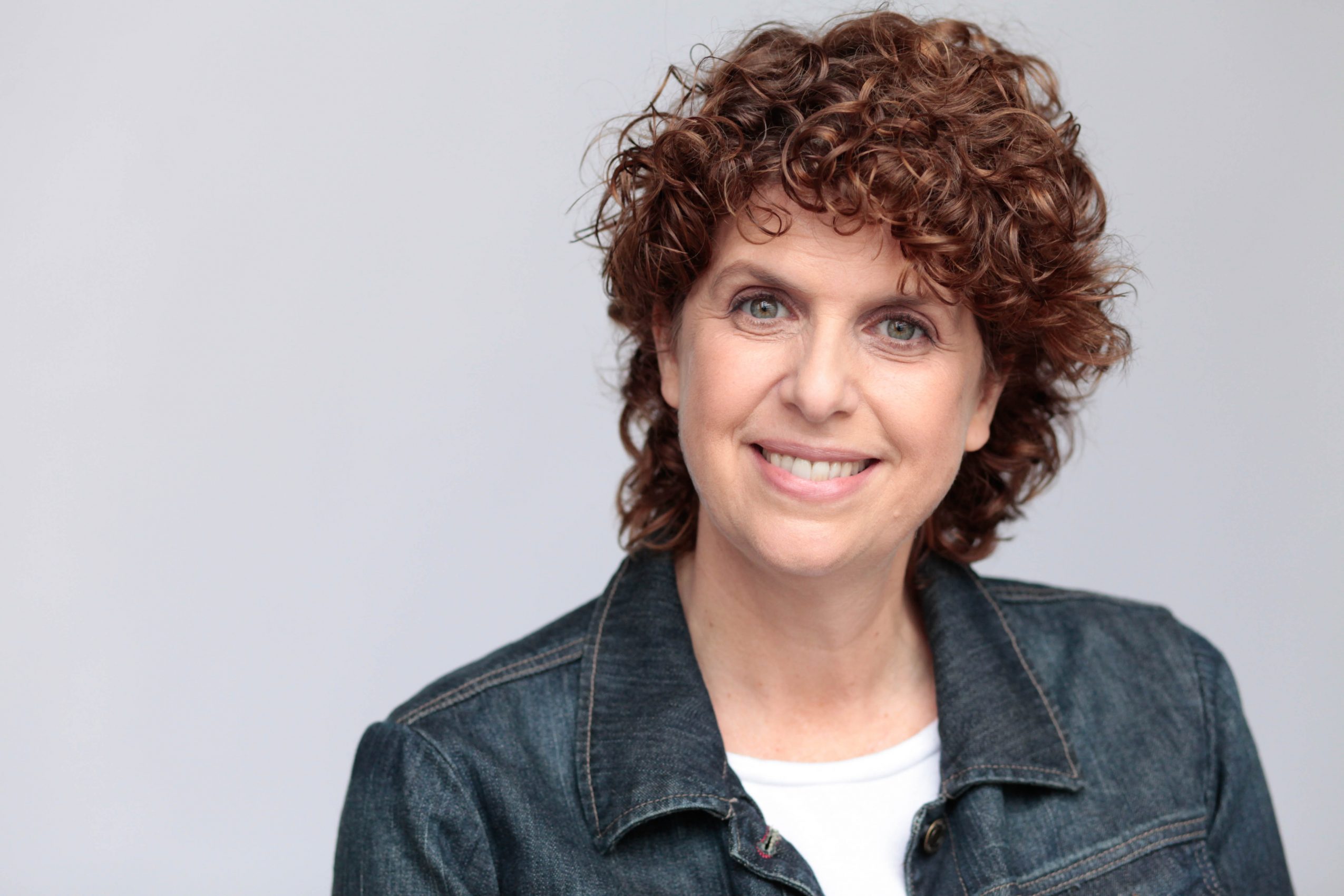 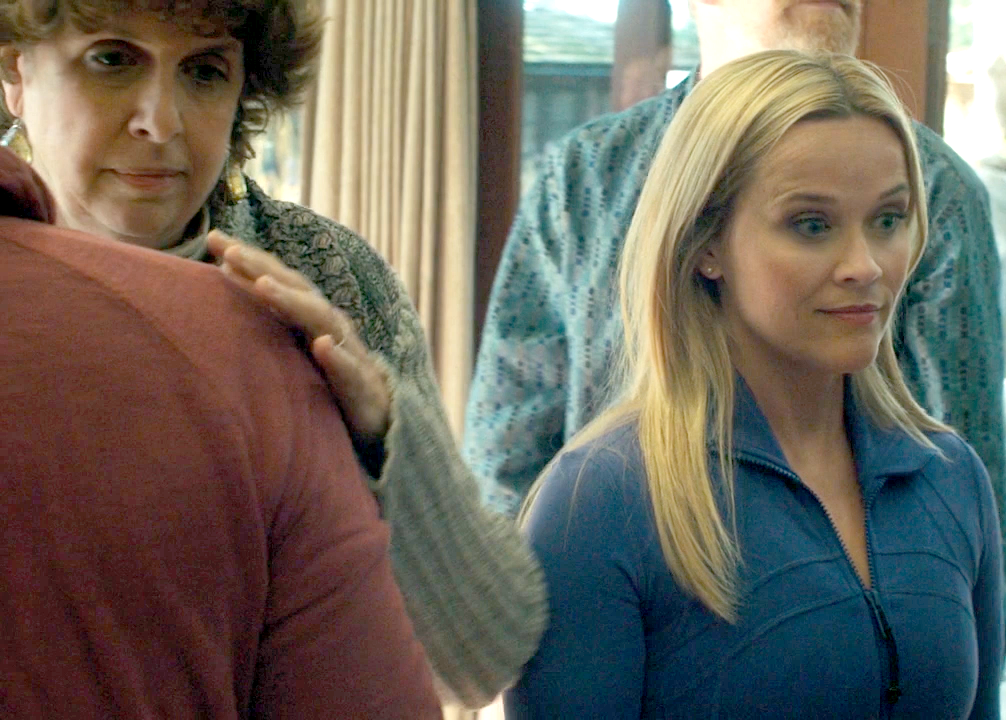 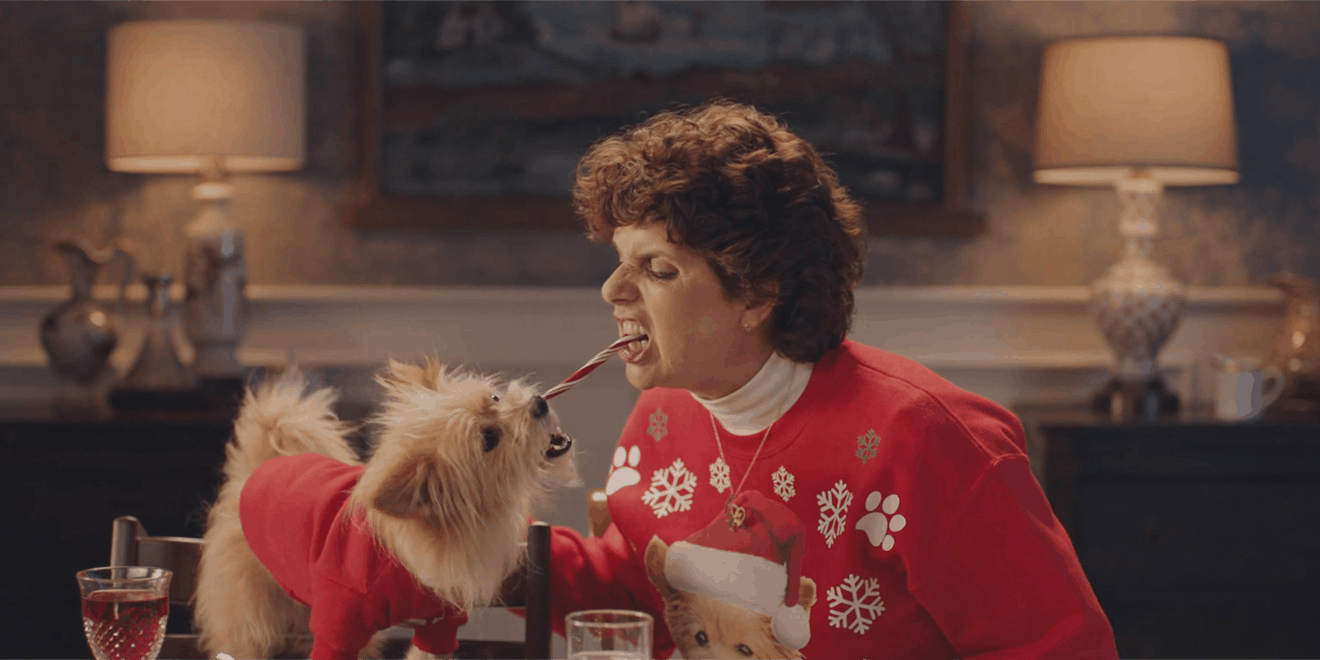 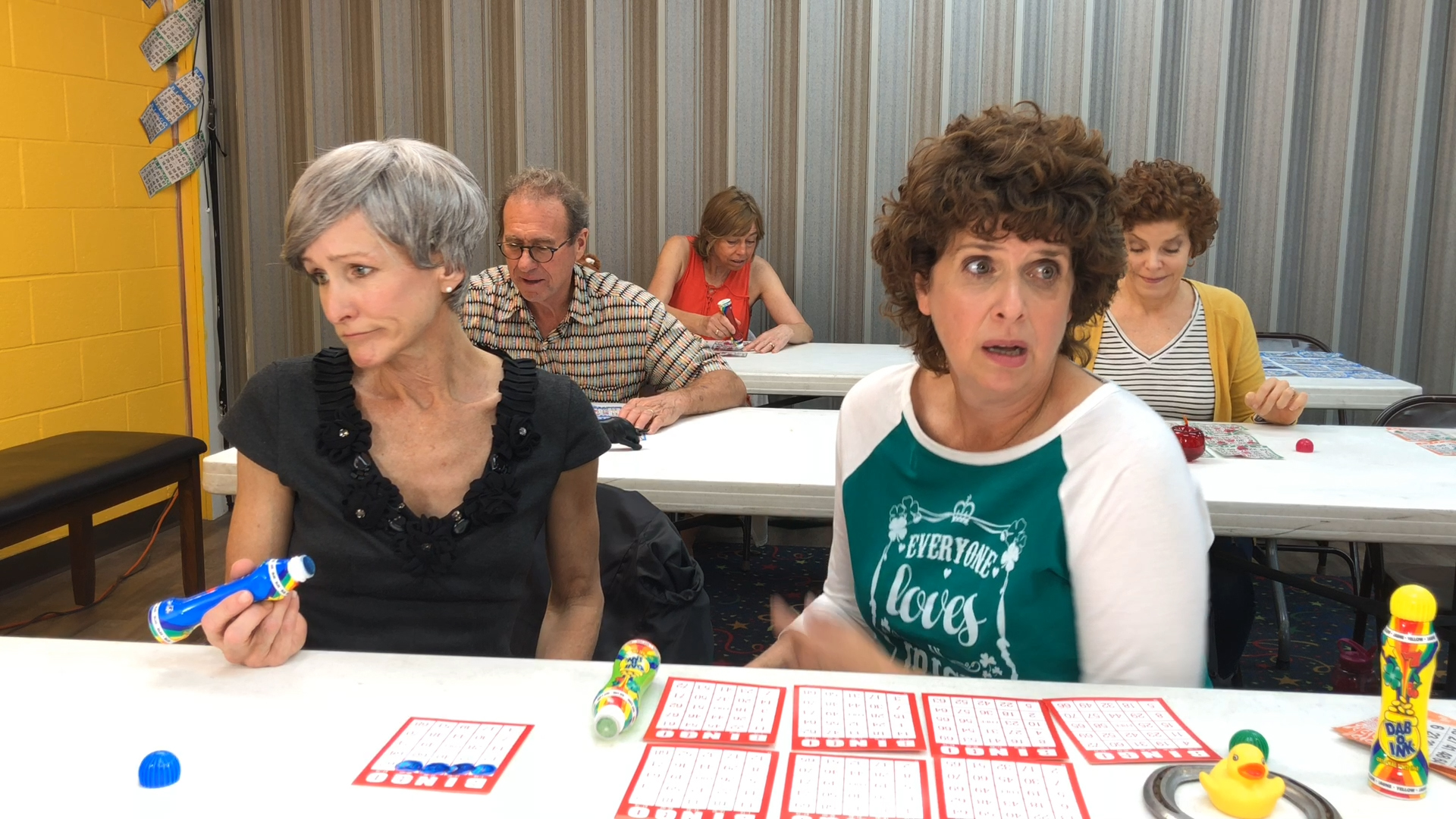 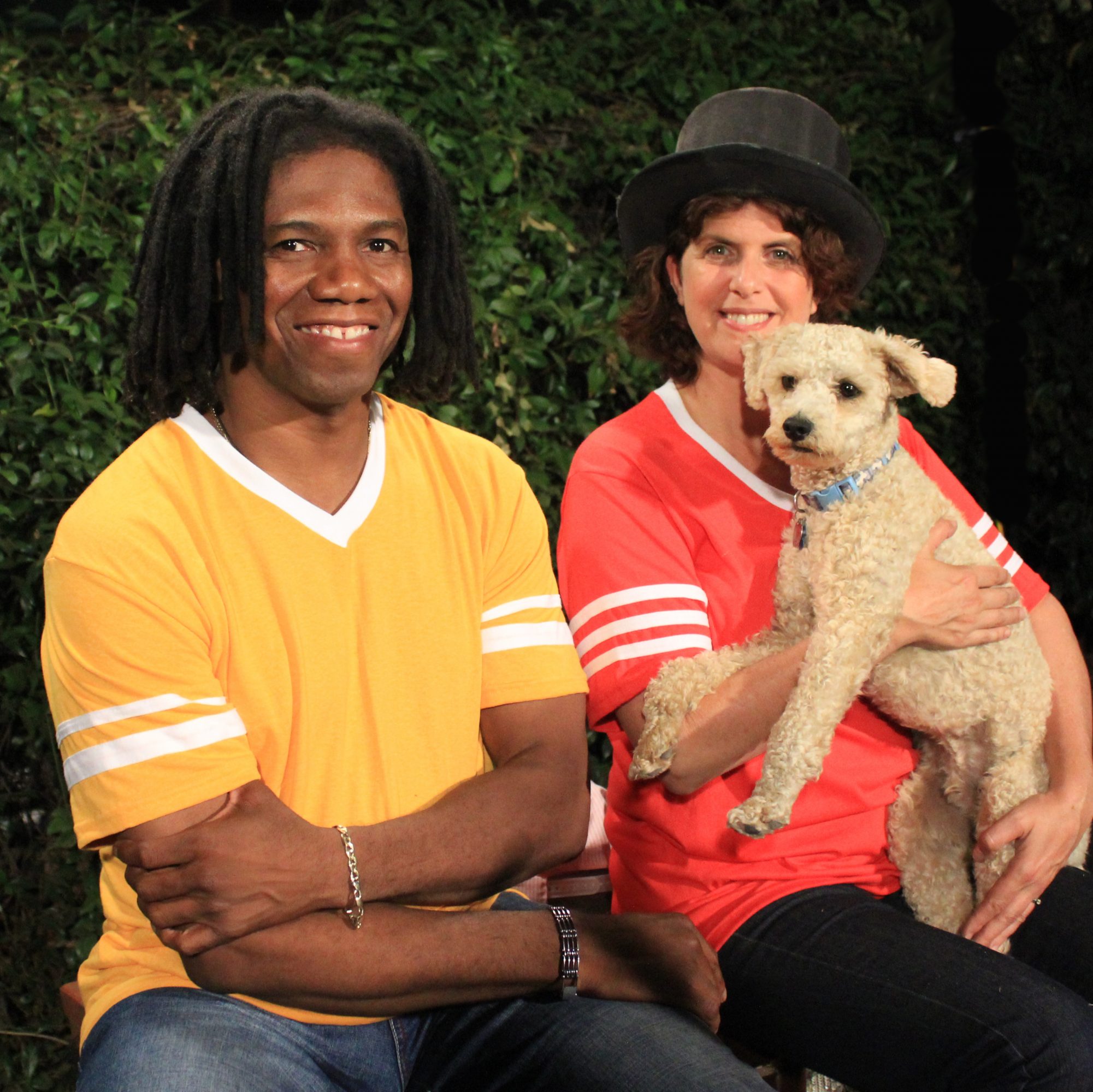 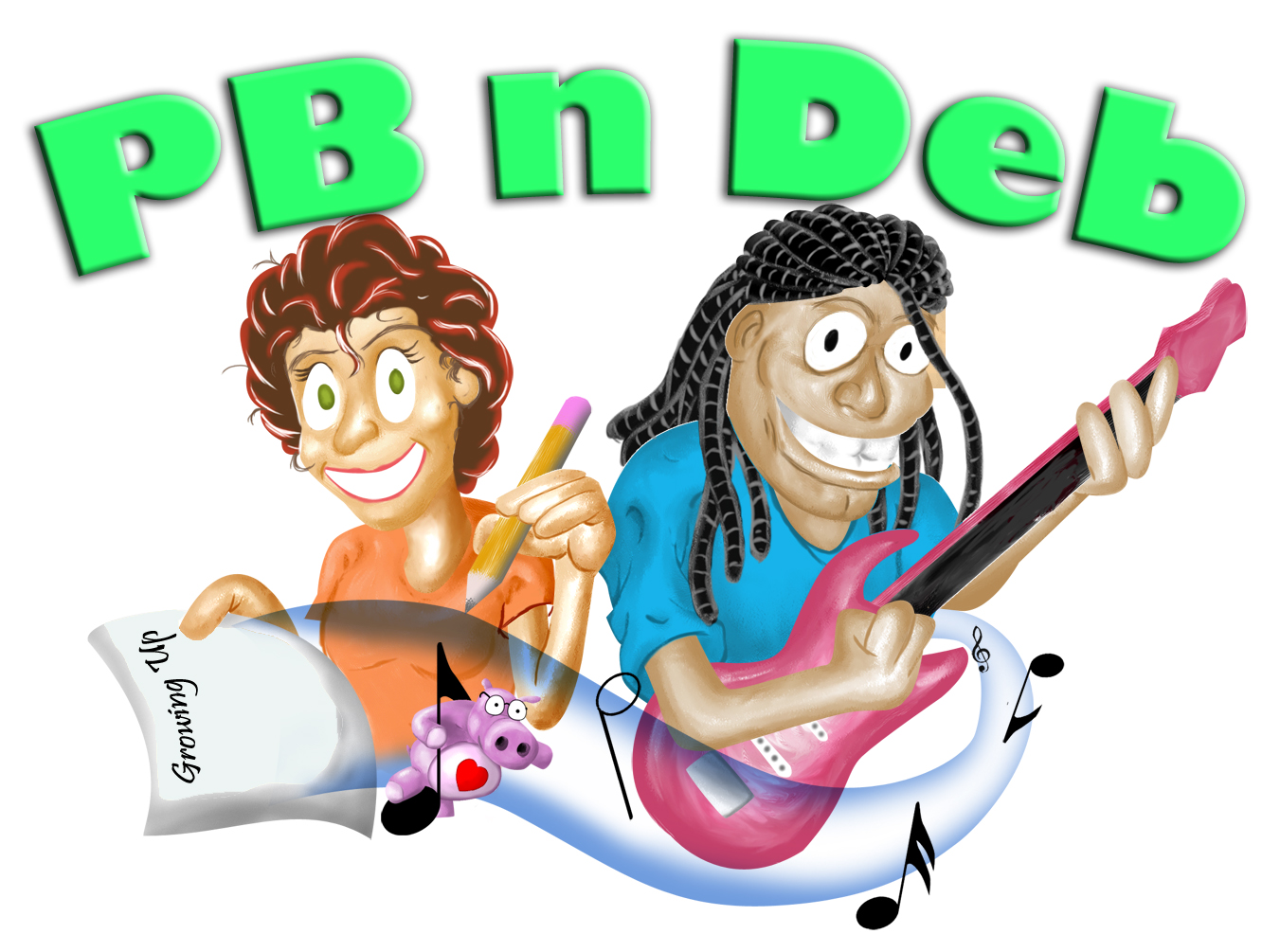