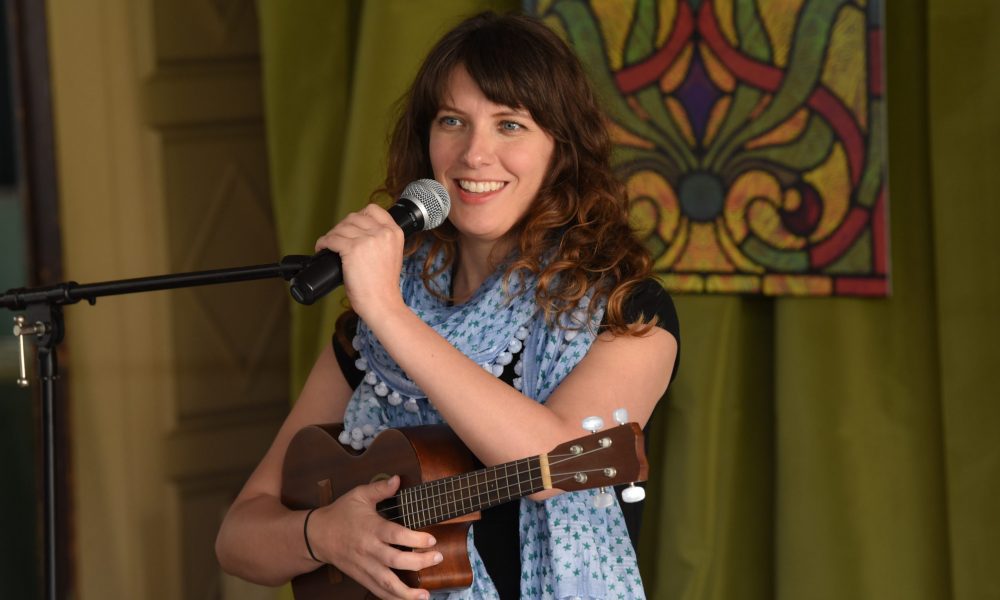 Today we’d like to introduce you to Deanna Neil.

Deanna, can you briefly walk us through your story – how you started and how you got to where you are today.
Primarily a writer and performer, over many years, I found myself turning to the structure of Judaism – the language of my youth – to find community, sing, and open important discussions about what it means to be human.

In making sense for myself, I found I was able to help others who were seeking a connection to understand how Judaism could enrich their lives. That led to Deanna’s Pop Up Shul, my roving, theme-based “synagogue” and work as an independent, unaffiliated Jewish leader and educator. One of my clients once called me LA’s “Jewish concierge” for fringe communities. There was no real start to the journey, it just evolved over time.

I grew up immersed in the conservative Jewish movement in Chicago, a grandchild of Holocaust survivors. When I moved to New York after Wesleyan University, I quickly picked up gigs as a cantorial soloist for student congregations and also started working with a Jewish theater company called Storahtelling. My work as a Jewish professional was all basically to support my acting/singing/writing habits, but it began to take on a life of its own.

I moved to LA ten years ago and soon found myself eager to build community in such a large city without family. So I began working with families on Jewish coming-of-age ceremonies (Bar/Bat Mitzvah) and teaching in-home classes with Hebrew Helpers. I started as a Sunday School teacher at the evolving Silverlake Independent JCC, and then ended up running and building the school, and finally became the Director of Jewish Innovation.

After six years I broke away, but I still lead High Holiday services there. I’ve received a number of grants and fellowships for my work as a Jewish artist and leader, and have visited synagogues, universities, and camps as a workshop facilitator, scholar and creative artist in residence nationwide. I am actually writing this to you right now from Jerusalem, where I am the spiritual leader for 19 couples from LA on a program called Honeymoon Israel.

Great, so let’s dig a little deeper into the story – has it been an easy path overall and if not, what were the challenges you’ve had to overcome?
My greatest struggles have been internal and largely identity-based. As an author of four books, and a play, and a musician who once studied opera in Italy, and an avid salsiera – I very much consider myself an artist. However, these skills feed very nicely to work in the religious world, usually.

For example, I put on my own cabarets in New York and on a Barge in London and got used to producing shows, gathering musicians and creating interesting covers – many skills that basically apply to create independent religious experiences.

People often ask me if I will become an ordained Rabbi or Cantor (go to school for it), and I struggle with both the desire for and resistance to such an official title and the relinquishing of my other identities. I also sometimes feel that the Jewish world can be too insular, and I struggle with that.

Please tell us about Pop Up Shul.
Deanna’s Pop Up Shul is an interactive, spontaneously occurring, experimental synagogue on LA’s East Side.

Dedicated to exploring the self, community, divinity and collective behavior through music and text, Pop Up Shul centers around a keyword and core liturgy for each gathering. With different guests and musicians, the experience is fun, casual, and meaningful.

I am most proud of catering to families that might not find connection elsewhere. I also like that I stay true to my personality – ie. I don’t adopt that weird “clergy voice” that I think people are trained to adopt at the seminary. I am also unique in that I am a musician and am fluent in Hebrew, and have a deep love of philosophy, and produce my own gatherings.

I happen to love working with families in a pseudo-counseling way. Also, I am unaffiliated – this means I am not obligated to any denomination, and I can truly play and experiment with structures and liturgy without feeling restricted.

Do you look back particularly fondly on any memories from childhood?
Strangely what popped into my mind was a collage wall I had in my room. I would cut out quotes and images from magazines and glue them to the wall in my childhood bedroom. I made a pact with myself that it would be like the constitution – I could only amend or glue over, but I could never remove. I wanted to remember what I had been interested in before.

The images and quotes I still remember: “There is nothing permanent except change” – Heraclitus; a magazine cut out of a woman looking over her shoulder with the phrase “make a man remember”; and a quite long and magnificent quote by Judge Elbert Tuttle, which included the line: “Like love, talent is only useful in its expenditure and is never exhausted.” 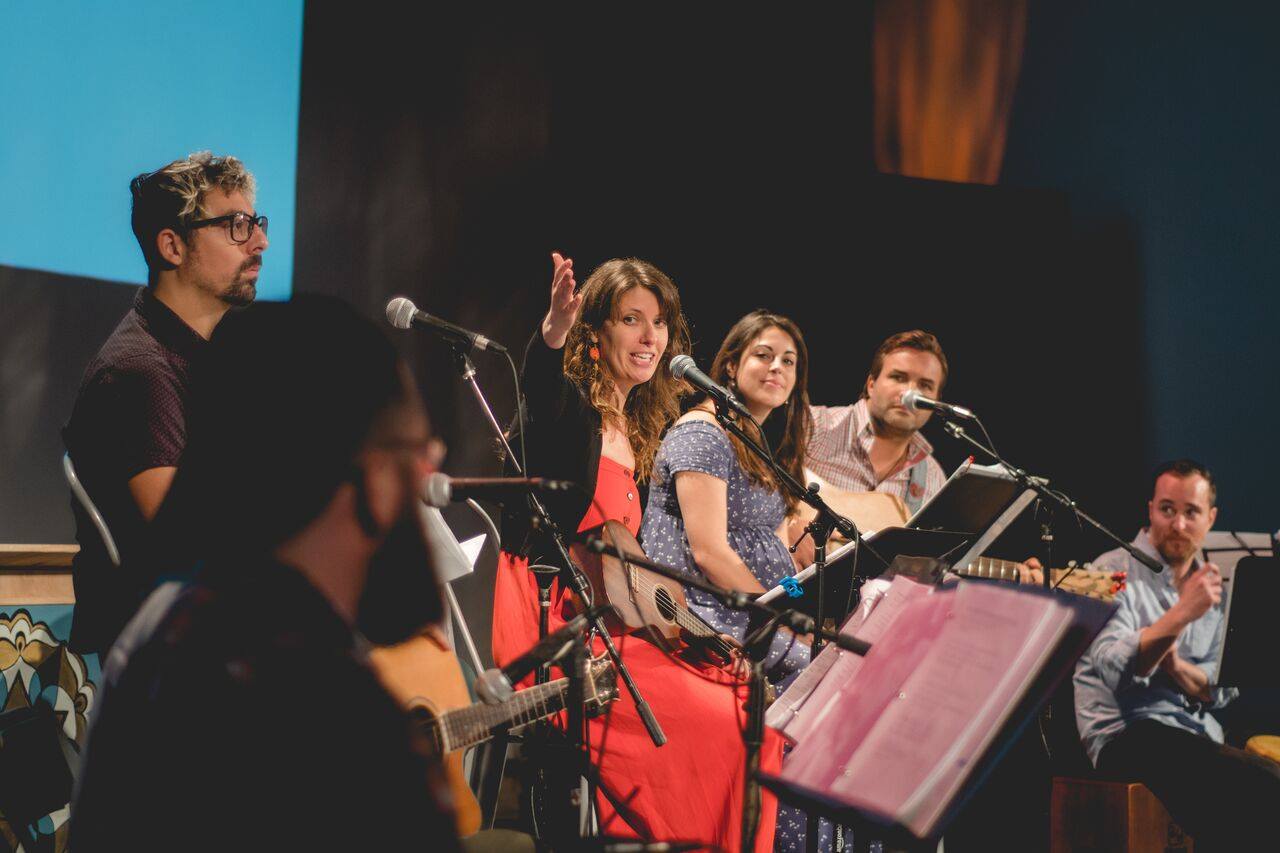 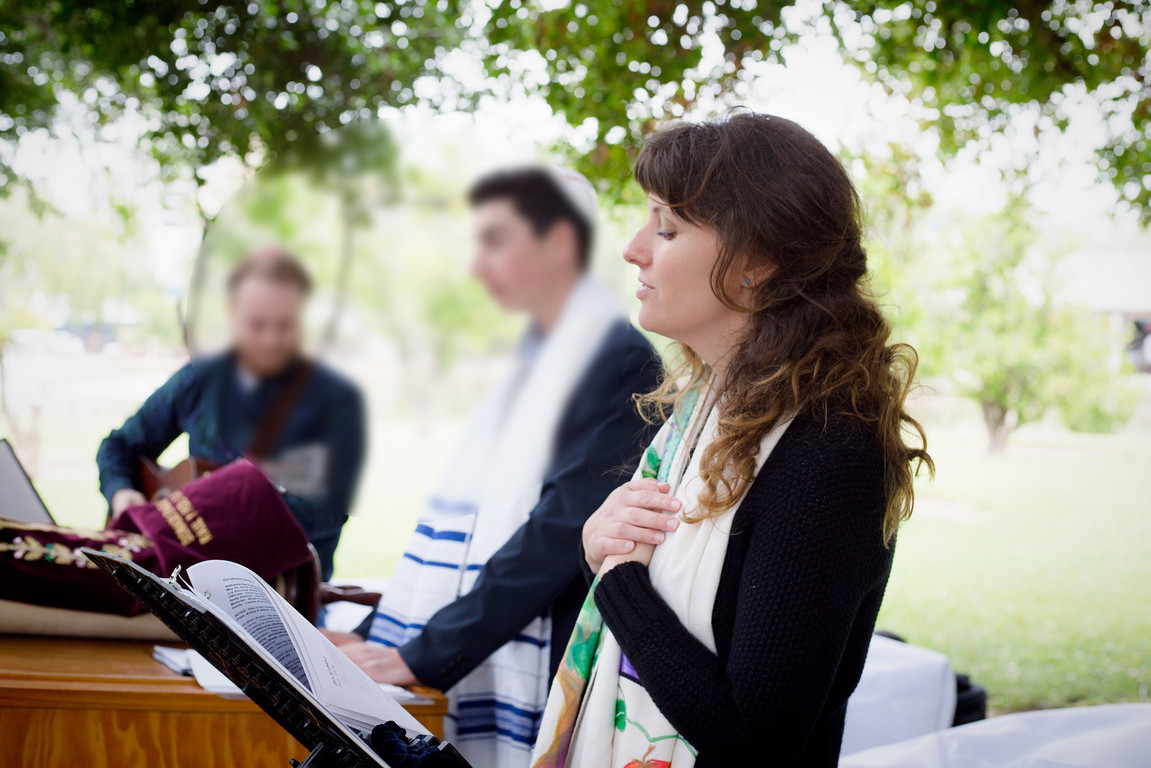 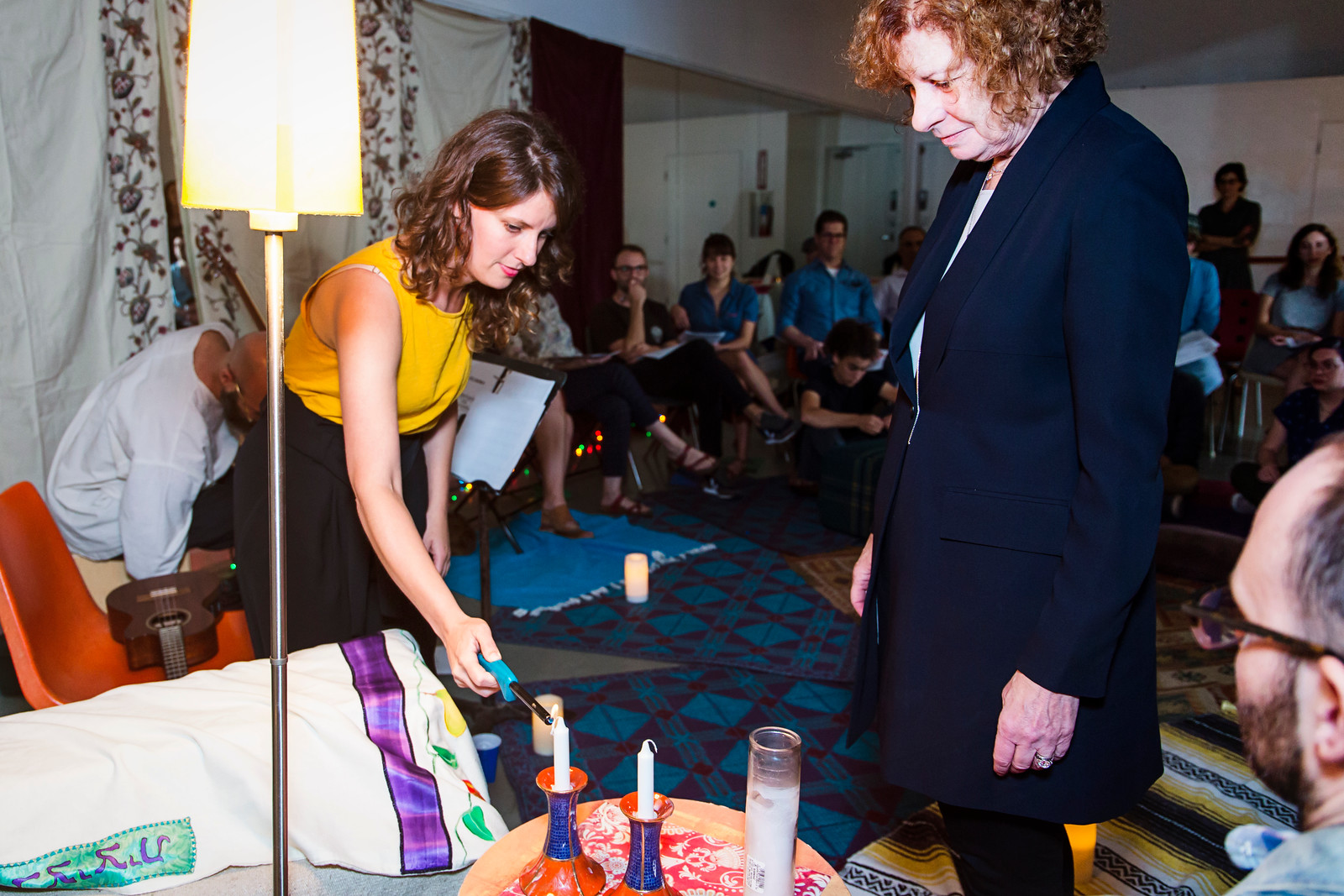 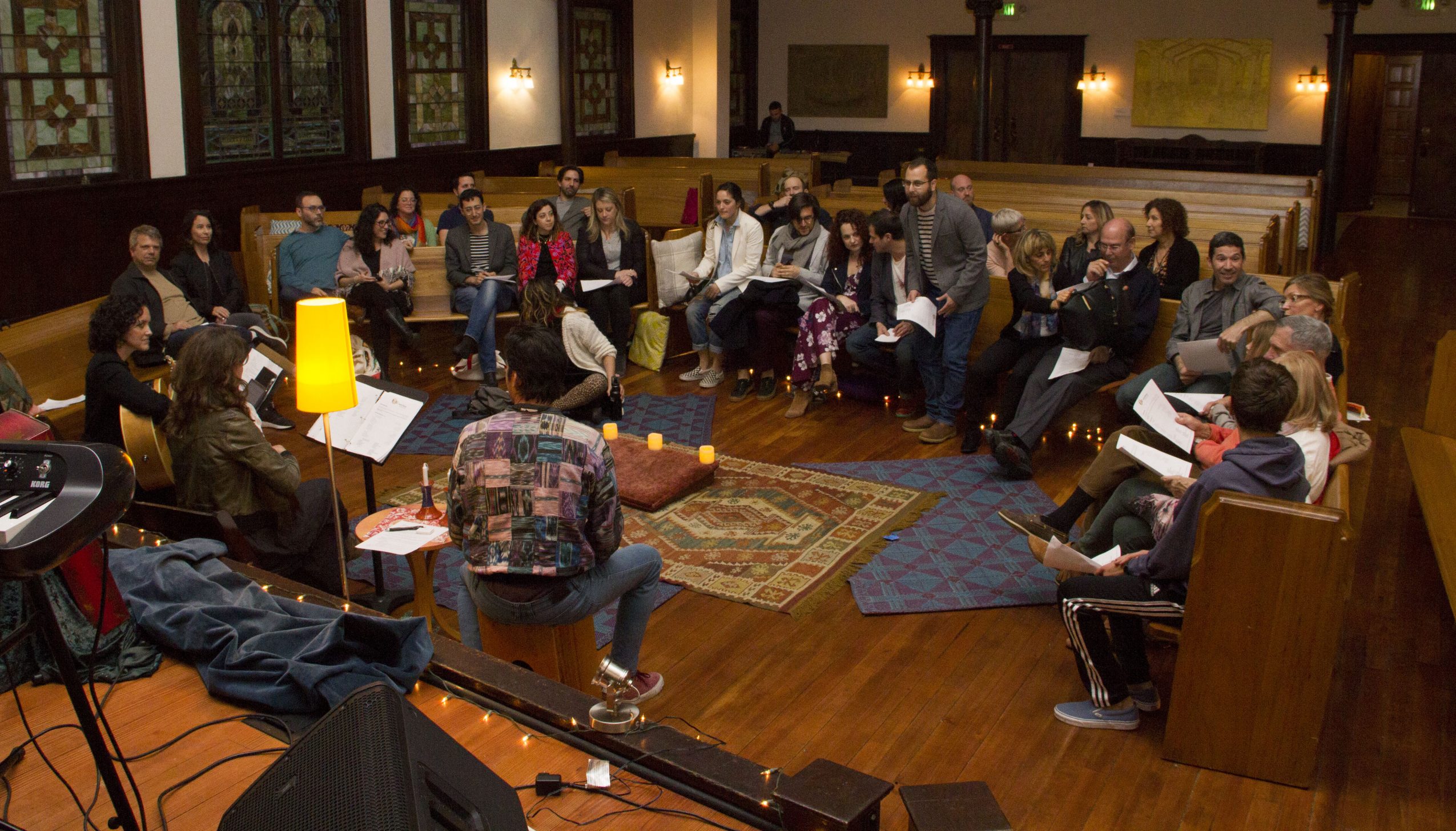 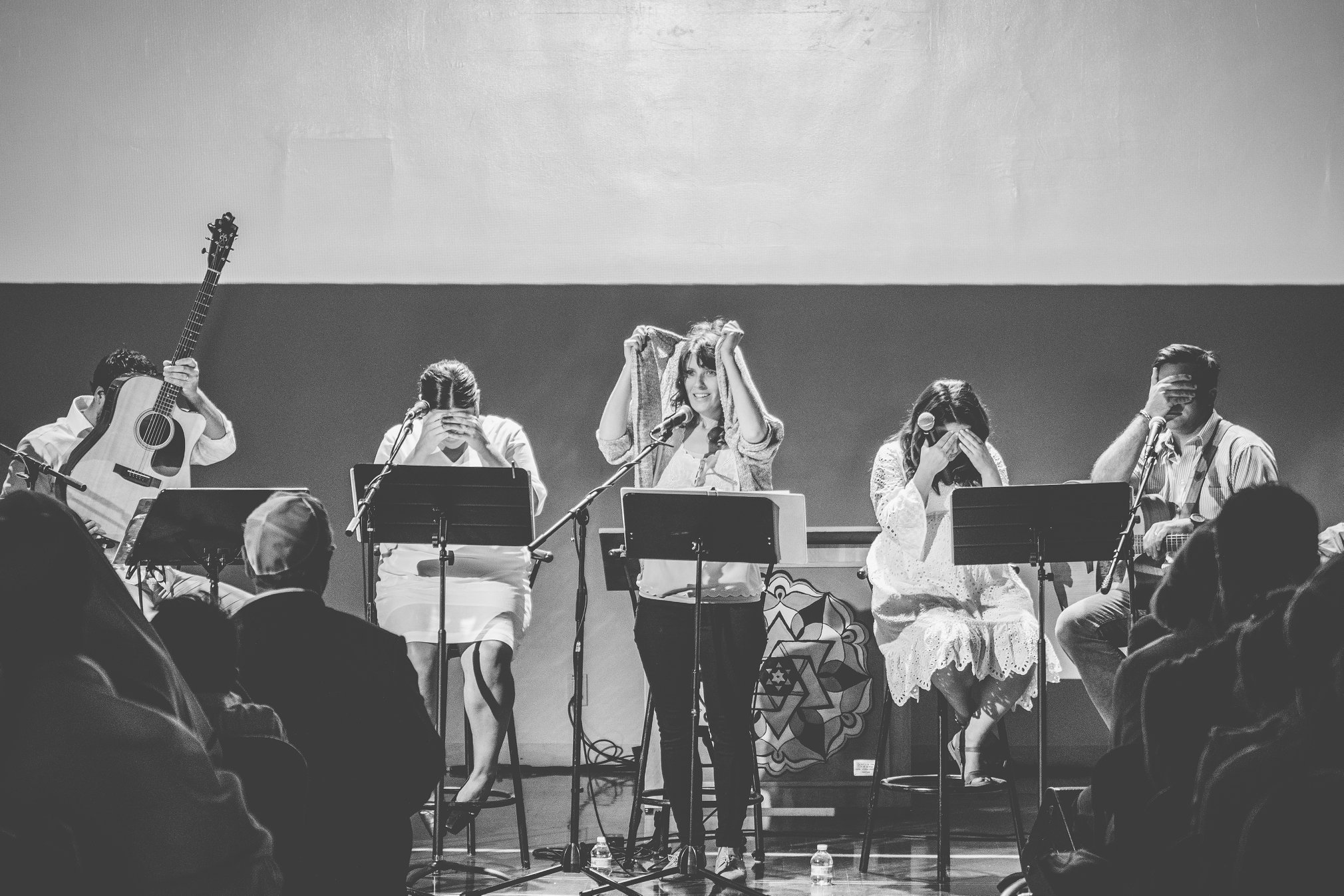