Today we’d like to introduce you to Deanna Marsigliese.

Deanna, can you briefly walk us through your story – how you started and how you got to where you are today.
My very first drawings were caricatures… caricatures and fashion gowns dripping with diamonds. Looking back on it now, it all makes perfect sense.

My journey toward animation began the moment I realized that *people* actually made the cartoons that I loved so very much. I couldn’t believe that ‘cartoon-making’ could be a career path – a unique one, yes – but valid nonetheless. By 2nd grade, I had decided that I would become an animator. I read every book I could get my hands on and began to animate my own drawings by flipping through them quickly against the school bus window, using it as a light table.

During my last year of high school, I created a portfolio and submitted it to Sheridan College’s classical animation program. I was accepted. The following three years involved a lot of hard work, all of which culminated in the creation of our own short films. While in college, I interned  as an animation assistant at a Toronto-based commercial studio, and after graduation, I went on to obtain my certificate in digital animation at Seneca College.

Before long, I was character animating professionally on various commercial and feature film projects while helping to shape the 2d curriculum at Seneca College as a part-time Professor of Classical Animation. In the years that followed, finding sustainable 2d animation work was proving to be a challenge. I transitioned into Character Design, contributing artwork to various television and feature film projects across many different studios including Laika, Sony Pictures, Disney TV, Nickelodeon, Reel FX and ultimately, Pixar.

In 2011, I was asked to freelance on Pete Doctor’s film project ‘Inside Out,’ and by the end of that year, Pixar had made me an official offer to work in-house as a Character Sketch Artist. I joined the studio in January of 2012 and have been there ever since, contributing to such films as The Good Dinosaur, Inside Out, Incredibles 2, Toy Story4 and Bao. In 2017, I was promoted to the role of Character Art Director, and at present, I’m contributing to an original feature project.

In addition to all of this, I love to speak about Character Design. I deliver panel talks and lead workshops regularly at events around the world, receiving collaborative invitations from D23, ILM, Pixelatl, CTNX, the Disney Family Museum, Animation Collaborative and was recently a featured speaker at SXSW 2019.

We’re always bombarded by how great it is to pursue your passion, etc. – but we’ve spoken with enough people to know that it’s not always easy. Overall, would you say things have been easy for you?
Choosing art as a vocation is never going to be easy. Much of my struggle is existential. AM I an artist? When will I feel like a ‘REAL’ one? What am I trying to SAY?

My biggest career challenges have always related to my growth as a Character Designer- the most difficult of which was making that significant leap from designing for design’s sake to designing for meaning and story-telling. Character designing is so much more than drawing ‘cool stuff.’ It’s the art of shaping a character, both literally AND figuratively. It’s about story-telling. It’s about working with the Director to better understand the personalities in the film through explorative art. This took me a little while to grasp.

With time, I grew to realize that each creative choice should be rooted in meaning and authenticity- that a character’s design is the artistic sum of their heart, their desires and their place in the story. Furthermore, despite the countless hours of research and thinking and collaboration and evolution, the design itself should never feel labored. Rather, it should seem natural, organic- effortless! As if it has always existed.

Of course, there’s the additional challenge of the never-ending learning curve of technical artistry- the further development of one’s own skills in both fine and* digital art. Prioritizing my own evolution as an animation artist can feel exhausting at times, but it’s also very rewarding. When I see my character walk across the screen for the first time- experiencing emotions and articulating thoughts- it’s nothing short of amazing. It’s pure magic.

We’d love to hear more about what you do.
I believe my interest in fashion- particularly vintage fashion- provides me with a unique lens through which to view the world and my professional work. As a vintage enthusiast, I have a big, extra special place in my heart for Mid-Century style, ornate interiors and classic film.

Over the years, I’ve curated quite a sizable collection of unique 1950s pieces and wear them daily. I love ‘glamorizing’ for an evening out. To me, the art of dressing is a truly sacred ritual. What I choose to wear from day-to-day says so much about how I’m feeling and how I’d like to be seen in that particular moment. I must admit that LA is home to some of my favorite cocktail spots and when I’m in town, I love to match my aesthetic to one of your amazing Old Hollywood haunts. Some of my favorites include Chateau Marmont, Tam O’Shanter, Musso & Frank, Cole’s French Dip, The Dresden and Miceli’s!

As a Character Designer, this genuine love for fashion has inspired a heightened level of care and attention paid to the wardrobes created for my animated characters. A thoughtful costume is a wonderful story-telling device- one that can be used to track the character’s arc. Even the way* in which a character wears clothing can say so much- for example, does the character miss-button shirts? Perhaps this means they’re not very meticulous, or that they’re always in a hurry? For Incredibles 2, my love of Mid-Century style was particularly helpful. The tailoring department used many of my authentic vintage clothing pieces as reference.

Together, we studied each piece’s construction, fabric weight and movement to achieve an authentic, yet stylish vintage look for the characters in the film. I love story-telling through costume design and hope to do the same for a live action film project one day! World travel is another great love of mine. I enjoy exploring different cultures and genuinely enjoy people. Animated characters may not always be human, but their struggles, their desires, their vulnerabilities- those are very human.

Ultimately, we want you to relate to them on a very personal level. Therefore, I believe it’s important to seek character inspiration through interactions with others, which is why I value travel so much.

So, what’s next? Any big plans?
Most importantly, I’d like to evolve as an artist, perhaps by branching out into editorial fashion illustration or costume designing for live action projects. I would also like to continue to travel as much as possible and to create more art based on my personal travel experiences. 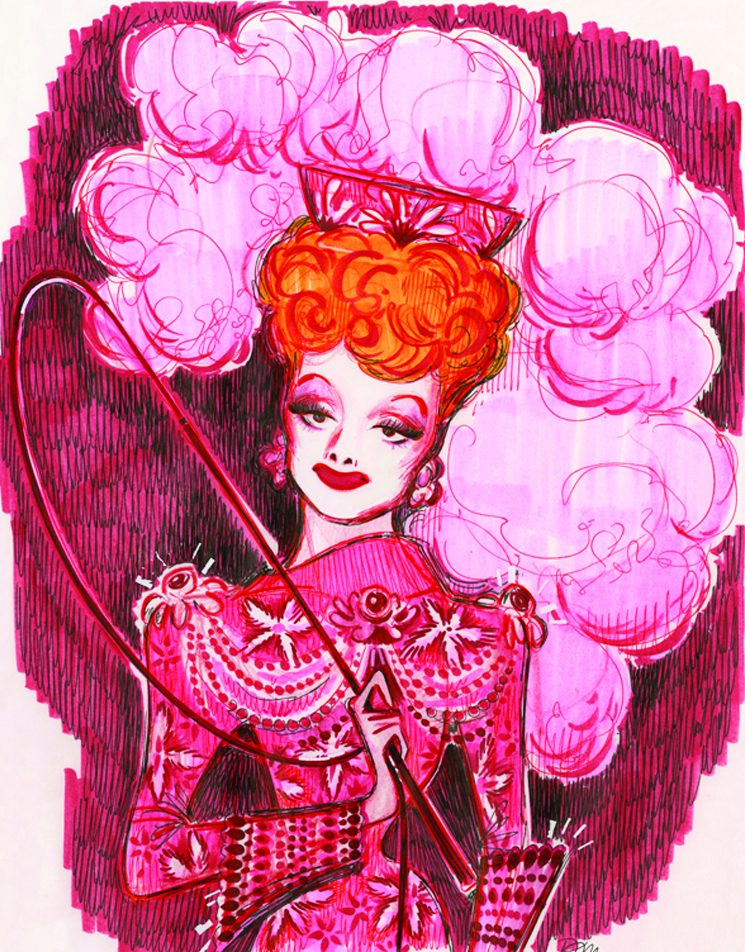 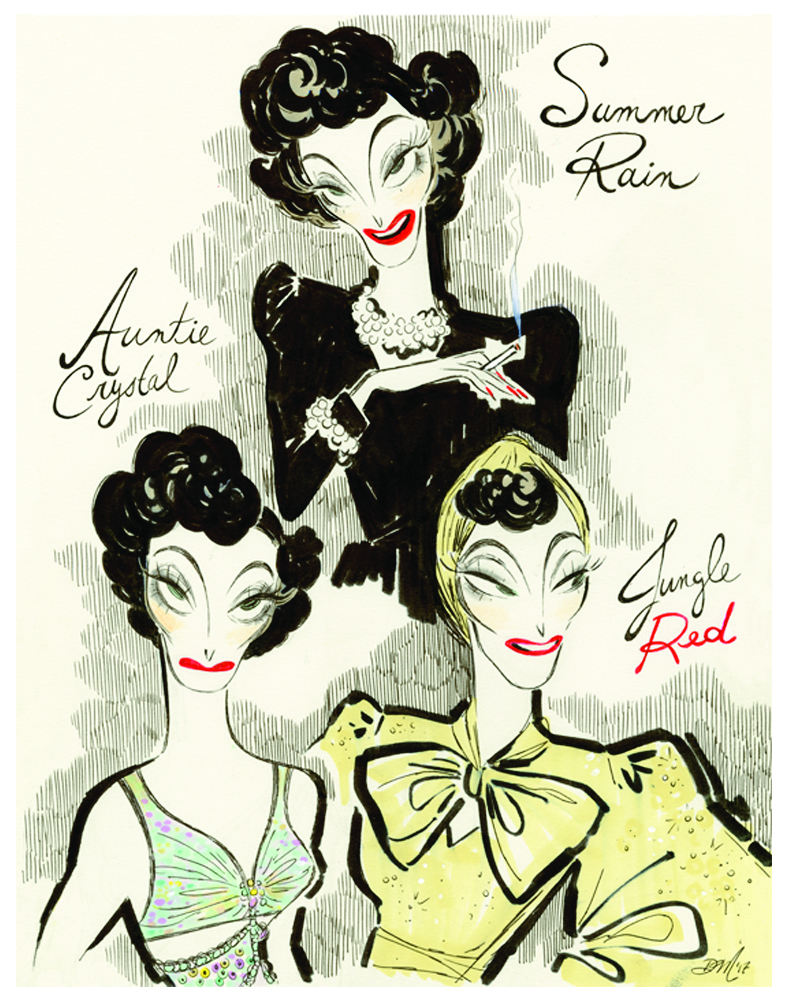 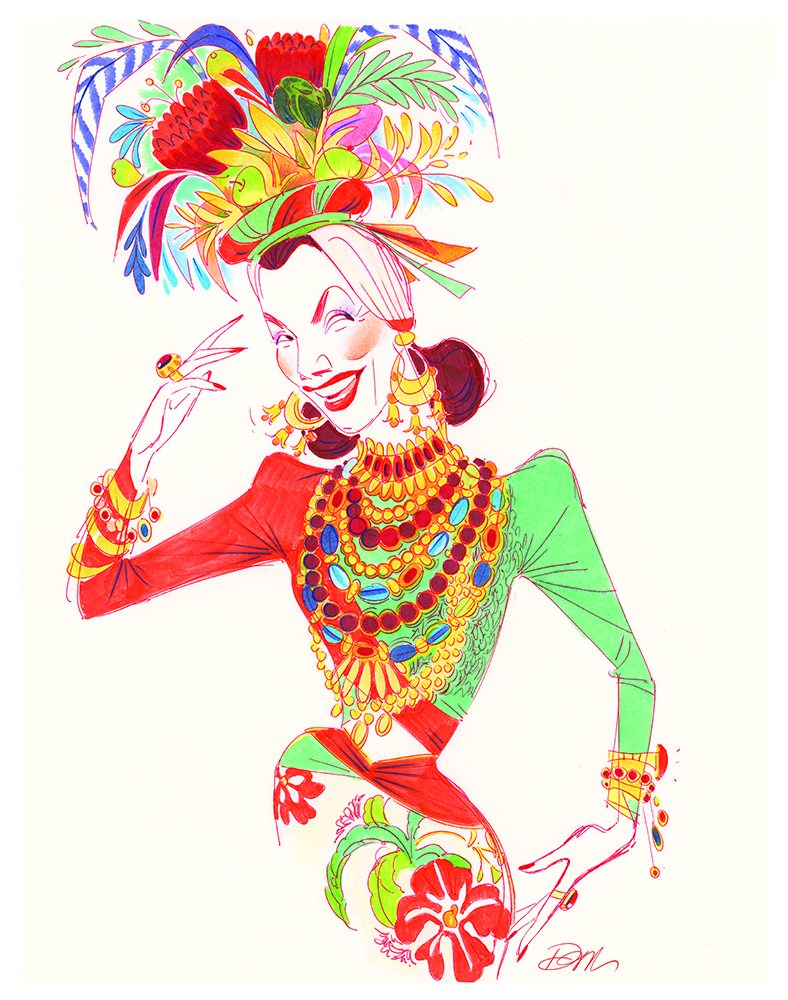 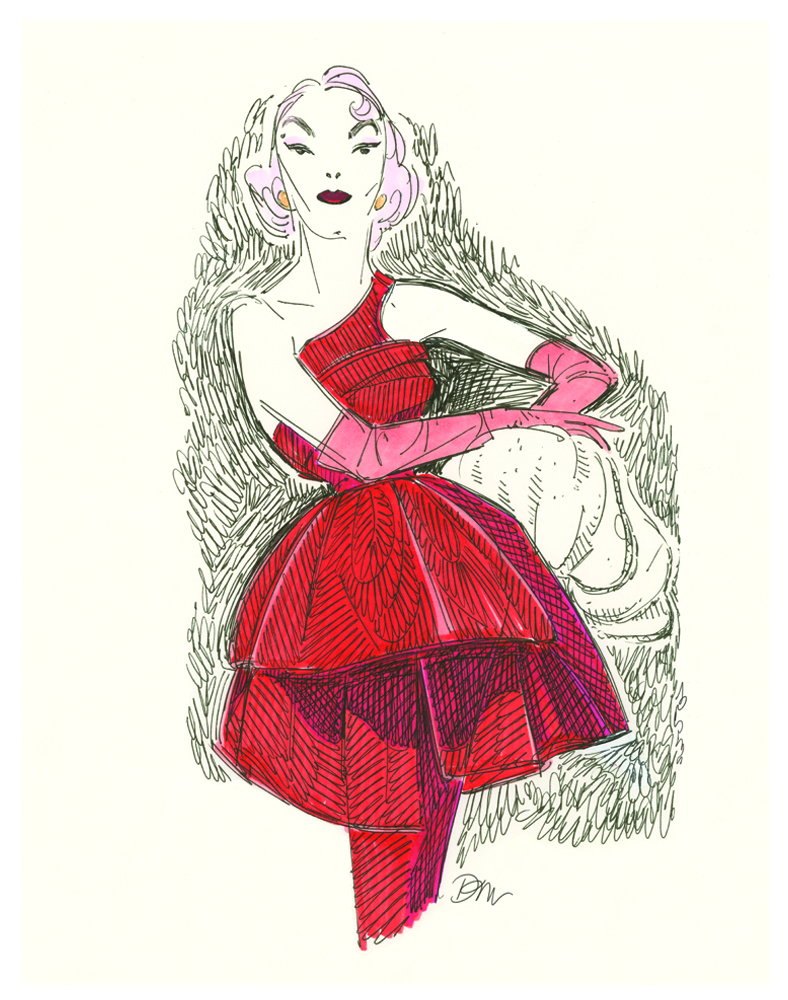 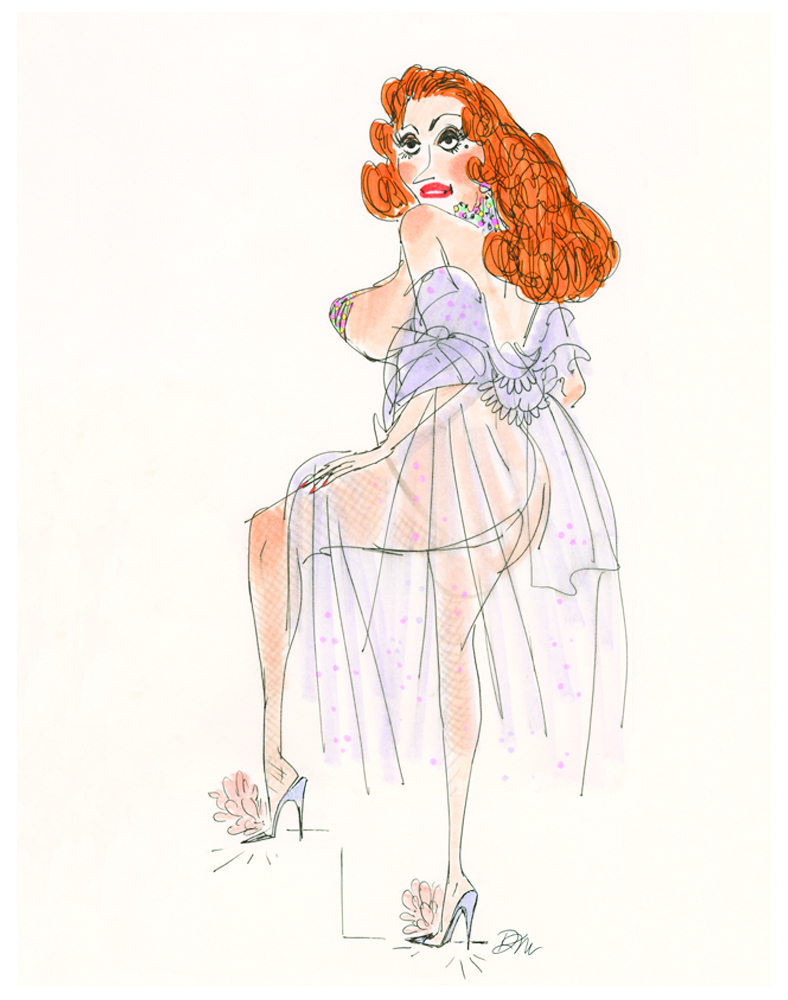 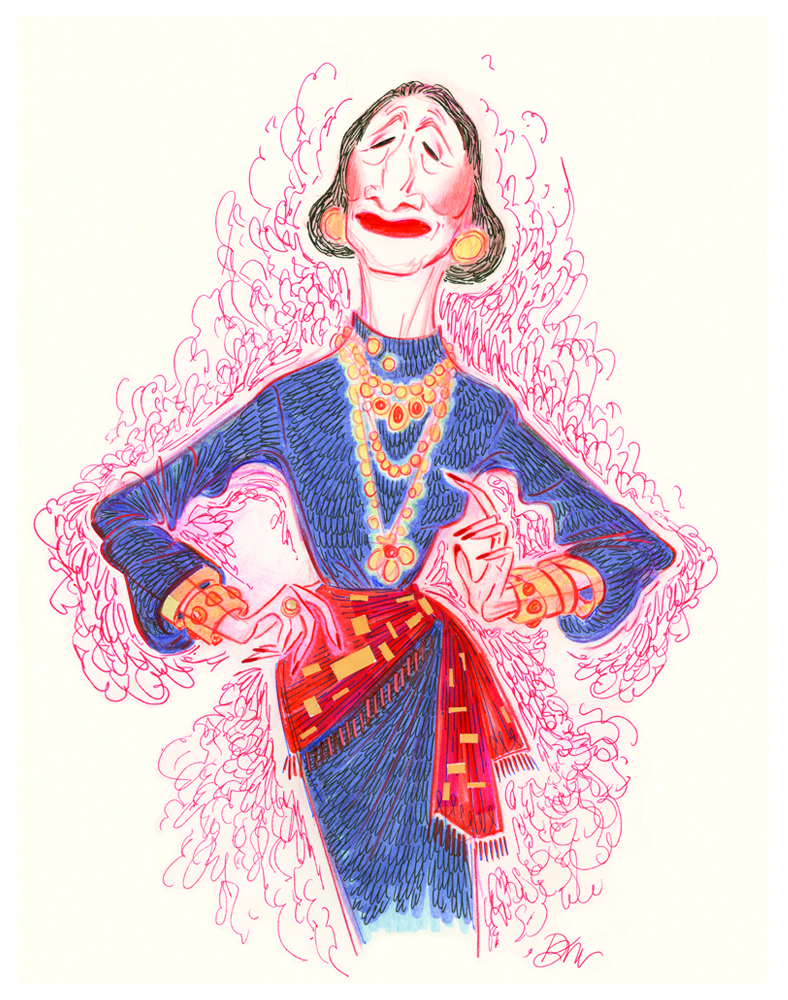