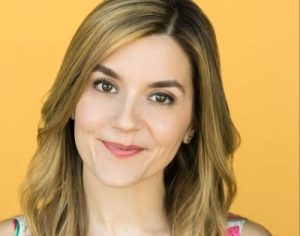 Today we’d like to introduce you to Dayci Brookshire.

So, before we jump into specific questions about the business, why don’t you give us some details about you and your story.
I started in voice-over in NYC after graduating from the University of North Carolina at Chapel Hill- go Heels! While in New York, I did commercial, radio and promo for numerous companies, including McDonald’s, TJ Maxx, Johnson&Johnson, MTV and Nickelodeon. My biggest success came with a spot for Geico where I was a sassy, southern talking pothole. This commercial lead to fun interviews with radio stations throughout the country as well as an interview with ESPN First Take due to a pothole appearing on the track of the Indy 500 for the first time ever.

I soon realized I wanted to make a serious career as a voice-over actor and make the transition into animation and video games. I knew the only place to do that was Los Angeles as all the studios are here. I sent tons of belongings in big boxes via regular mail- a horrible idea which I highly advise against as your boxes will arrive looking like a herd of elephants threw a party both over and in them.

With the help of my NY agent, Abrams Artists and the success of my Geico spot I was able to secure excellent representation with Abrams Artists in Los Angeles. After a couple years and 100’s of auditions, I finally booked my first animated gig playing Kid Zatanna on Cartoon Network’s “Justice League Action.” I was beyond excited.

Afterwards, I landed other great jobs including the recurring role of Apple on “Home: Adventures with Tip and Oh” and most recently my series regular roles of Jessica and Dressy on Dreamworks “The Epic Tales of Captain Underpants” which just premiered on Netflix!

Great, so let’s dig a little deeper into the story – has it been an easy path overall and if not, what were the challenges you’ve had to overcome?
There’s definitely been some smooth road with a lot of bumps, detours and gravel along the way. One of the hardest struggles of being an actor is the downtime between jobs.

You can have great success and the phone is ringing non-stop but that can be followed by radio silence and far too much staring at your inbox and empty voicemail. I’ve learned, however, that taking advantage of those quiet times by immersing myself in classes, marketing or just simply enjoyable hobbies is incredibly important to not let it get you down. In fact, jobs can come from anywhere at any time.

For example, I booked the voice of a Fisher Price toy one year after I had auditioned for it- you just never know when your work is going to come to fruition- and that can actually be really exciting. Acting is definitely never boring and if it’s what you love, there’s nothing else to do but pursue it and stand right back up if it knocks you down.

Dayci Brookshire – what should we know? What do you guys do best? What sets you apart from the competition?
As a voice-over actor, I am definitely known for my strong kid voices and my clear tonal quality. I also have a musical theatre background, so that leads to me being able to sing in character which I love and also helps set me apart. I think singers can be great voice-over artists because our sense of timing is so strong due to counting in music. If someone asks me to give them a line in 3 seconds or to shorten a line by a half a second, I innately know how to do that. Singers are inclined to use their voices in all different ways and that has proven invaluable to me when creating an arsenal of characters from which I can pull from.

I am definitely most proud of creating a career from nothing. I feel like my tenacity and unwillingness to give up has served me really well in this industry. I always tell people who are interested in voice-over that no voice-over actors journey to success is the same.

You really have to make your own path, which is true in any form of acting. There’s no formula that will lead to a certain outcome. It’s just consistent hard work and you cannot let the statistics of it get you down.

All actors audition for 100’s maybe even 1000’s of auditions a year. It’s amazing if you book even 1% of those jobs considering the amount of people auditioning for the same position. So it’s really important to celebrate the wins and know that even a small amount of success means you’re doing something right.

What moment in your career do you look back most fondly on?
It’s really hard to narrow it down to just one but booking my first animation job was such a huge accomplishment for me. It really validated that I was good enough to be pursuing this career and that I had made the right choice to move across the country.

Once the show came out, the sense of pride I felt was immeasurable. I have always loved cartoons, so it was such a dream come true to see a character come to life with my voice helping to tell the story. 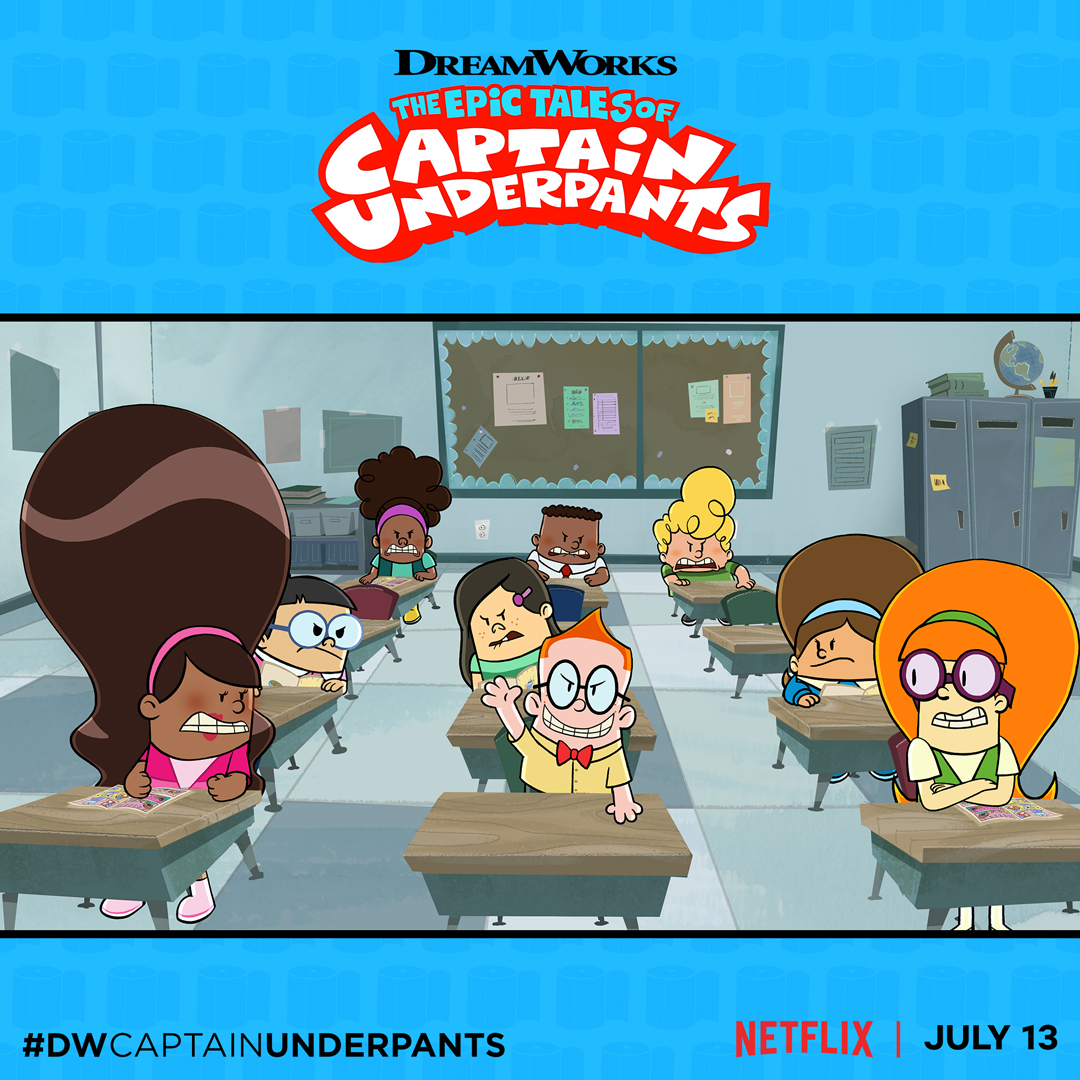 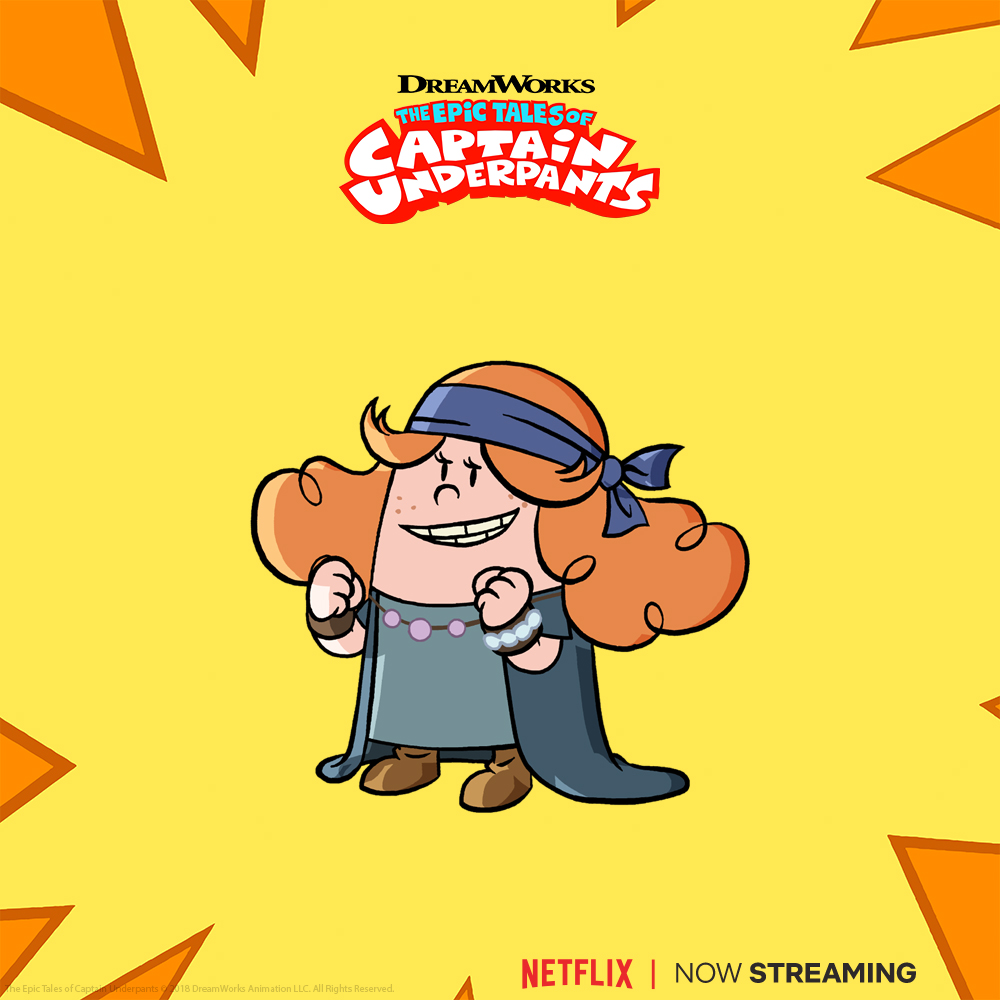 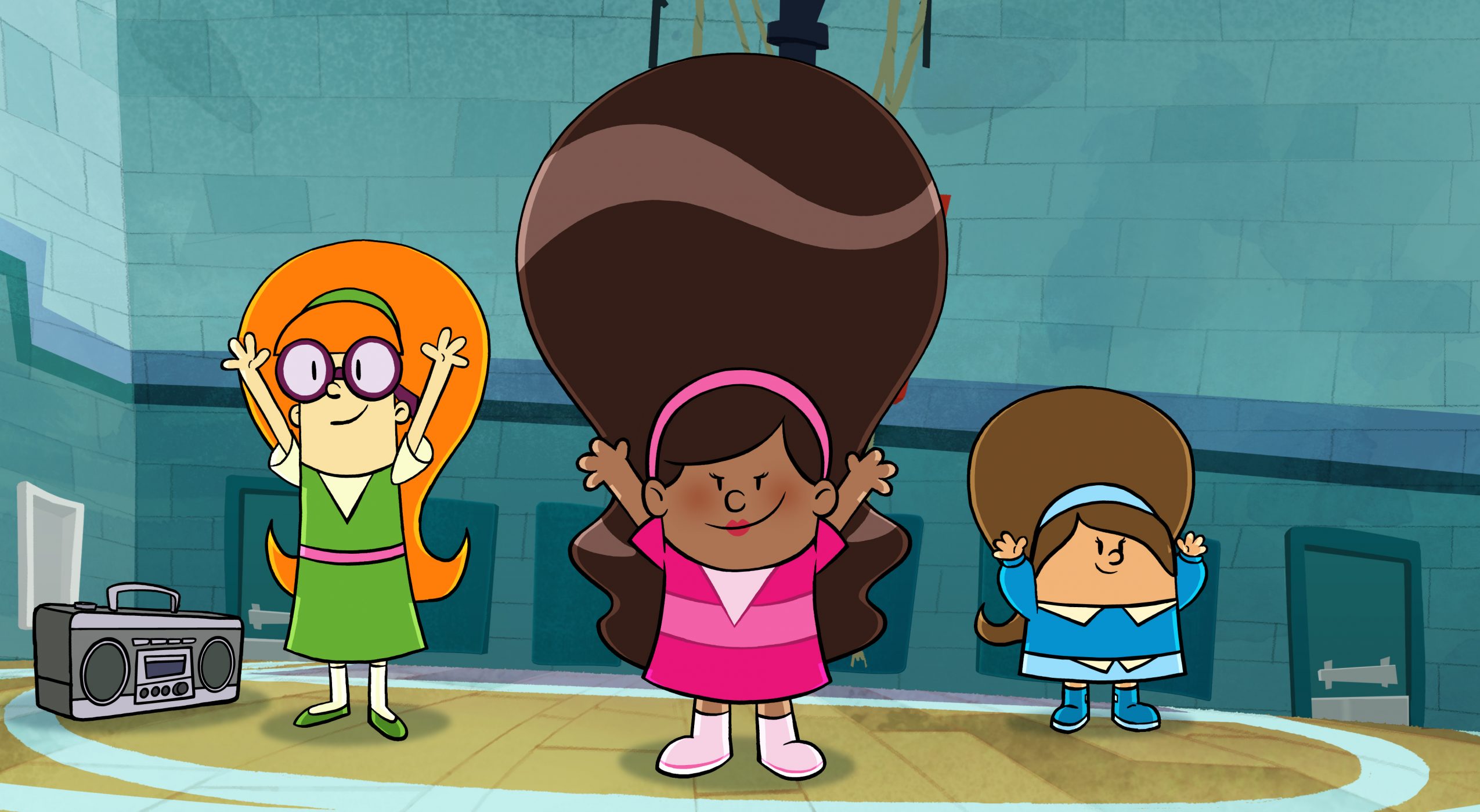 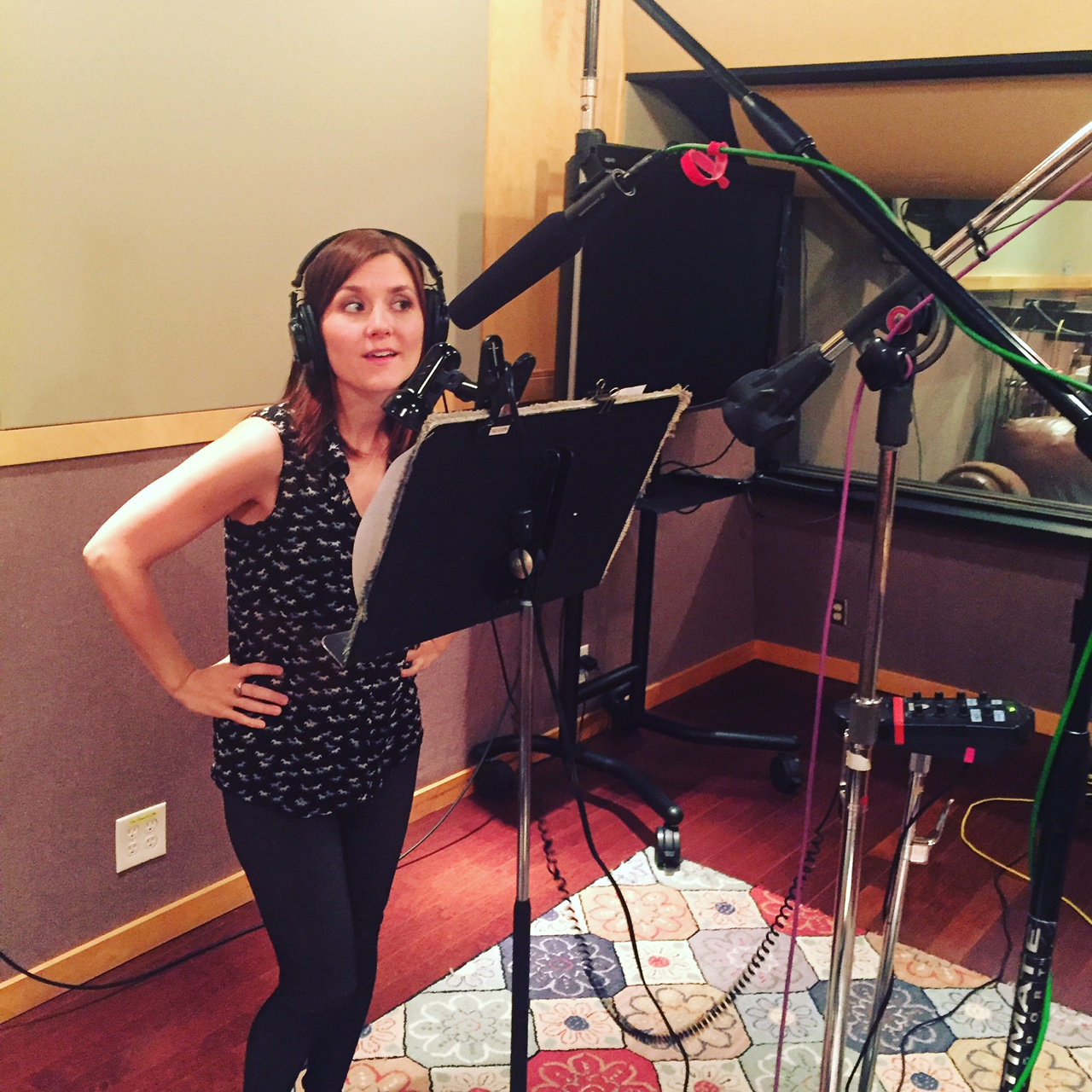 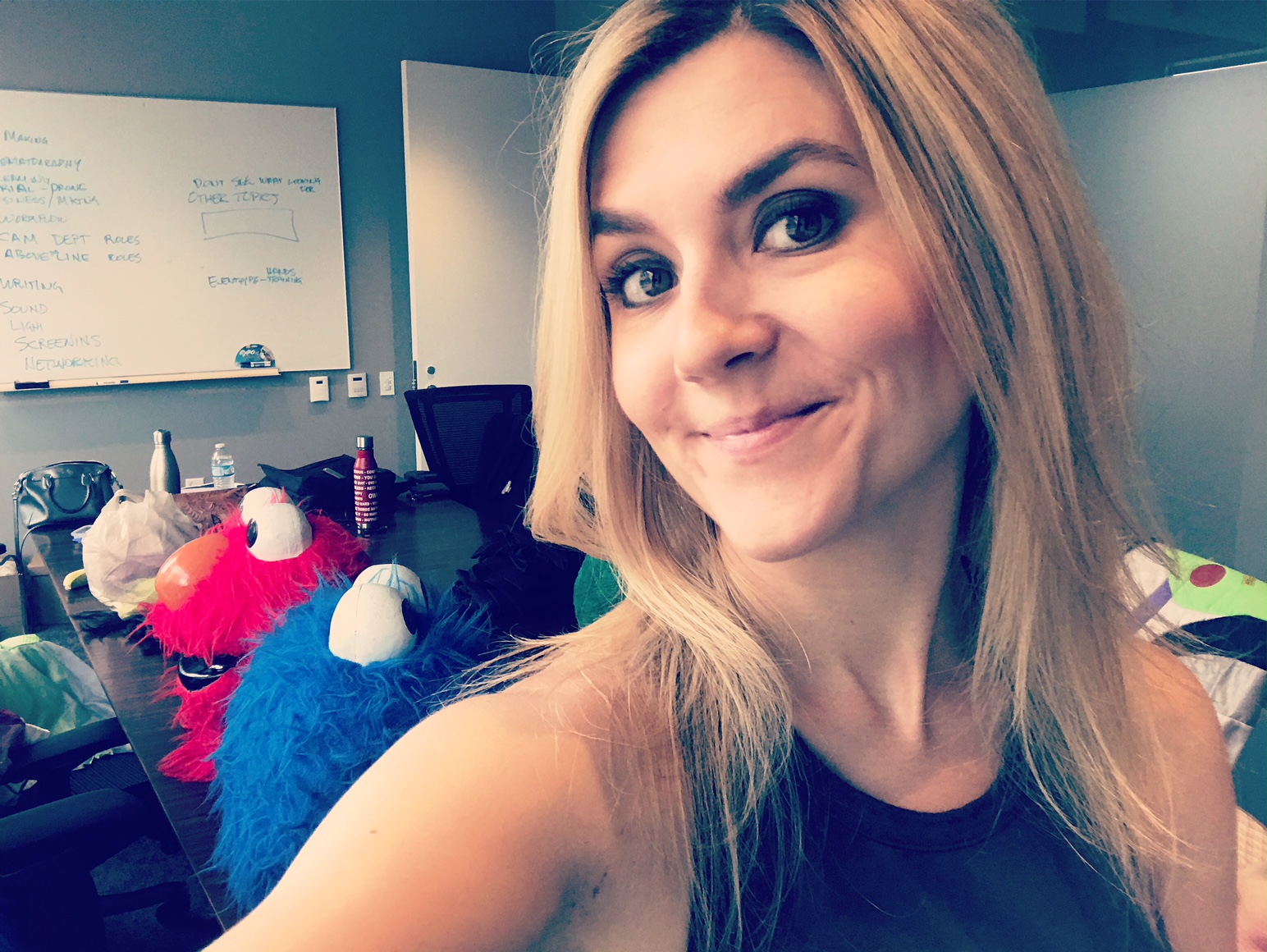