Meet Dawna Lee Heising of Eye on Entertainment in Hollywood 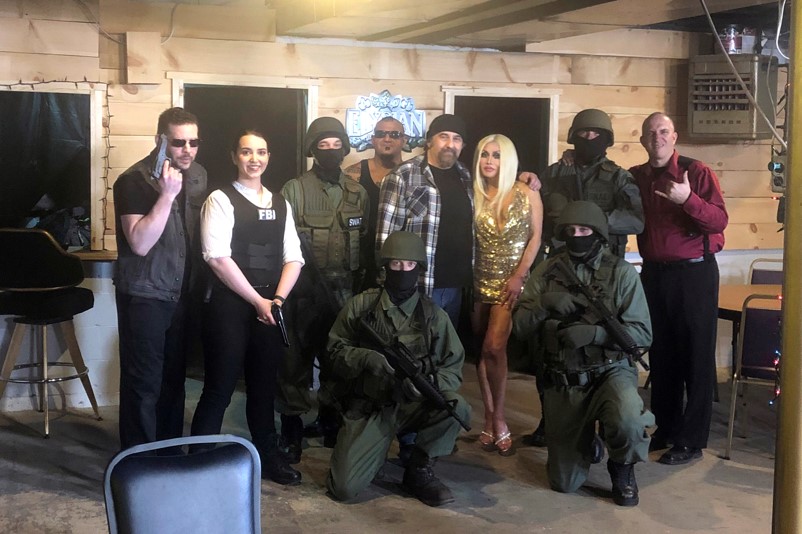 Today we’d like to introduce you to Dawna Lee Heising.

So, before we jump into specific questions, why don’t you give us some details about you and your story.
I am an actress and I won the Miss San Francisco Universe contest while I was attending the University of California at Berkeley. I played Miss Hawaii on “Fantasy Island” and left school to pursue my acting career. I studied with Sal Romeo and belonged to his theater company for many years. I had small parts in big productions at the beginning of my career, including “Blade Runner”, “General Hospital”, “Magnum P.I.” and many others. I then left the business to finish my B.S. in Business Management at Pepperdine University and to earn my MBA from Pepperdine. I returned to acting around eight years ago because it is my first love, but I approached it as a business. I took everything I was offered in the beginning to network and to add to my resume, and things were very different from when I first started. These days, anyone with a camera can make a film.

First and foremost, my goal is to be the best actress I can be and to do quality projects. I started taking lessons at South Coast Repertory and I am now studying with Karole Foreman, who is an expert in all forms of acting, especially Shakespeare. I am very grateful to the directors I have worked with. I did “Garden Party Massacre” with Gregory Blair, which has won tons of awards. I am grateful to director Gregory Hatanaka for giving me a scene with Tommy Wiseau in “Samurai Cop 2: Deadly Vengeance”. Director William Lee stretched my acting range by requiring me to be evil and psychotic as Esmeralda, Lucifer’s wife in the action-packed “Black Mamba”, and it was a wonderful shoot. I was very happy to play the Ghost of Christmas Cheer in Jake Zelch’s “The Krampus Carol”, and was honored to play a psychic in Ron Becks’ and Tina Le’s “Las Vegas Vietnam”, which starred Eric Roberts, Lorenzo Lamas, Nicholas Turturro, and Branscombe Richmond. I also played Medusa in Albert Pyun’s “Cyborg: Rise of the Flesh Eaters” and Winney Swinny in Adam Steigert’s “The Horrific Evil Monsters”. I exceeded my own goals by doing the Scene 5 Lady Macbeth monologue for Brian Barsuglia’s “A Bard for All Ages: Shakespeare’s Timeless Effect”.

I particularly want to thank filmmaker Dustin Ferguson for including me in his films. Mike Reeb wrote a great scene for me in Dustin’s award-winning film “Nemesis 5: The New Model” and it is still one of my favorite scenes. Dustin also created the “RoboWoman” franchise and cast me as Vivica Stevens aka RoboWoman. It was my first action starring role, and I am very grateful to Dustin for coming up with the idea and casting me in the lead role. We will be filming the “RoboWoman 2” sequel at the end of 2019 and I can’t wait!

I also want to talk about my latest role of Sky in John Reign’s war film “Finding Purpose”. I just got back from a week of filming in Pennsylvania and it was a fantastic experience. The war scenes are amazing, and John really cared about my performance and how I looked. He expanded my role as the shoot went on and it ended up being my first love story! I can’t wait to see the finished film!

Great, so let’s dig a little deeper into the story – has it been an easy path overall and if not, what were the challenges you’ve had to overcome?
As I said earlier, my goal is to be the best actress I can be and to work on quality projects. When I first came back to the business, I worked on almost everything I was cast in to get used to being on a set again, but now I am being more selective. I am trying to pick roles that will allow me to stretch and grow as an actress, and to work with people who are passionate about having their project be the best it can be in all areas of production. I prepare and rehearse strenuously for every role that I do, but I am not ultimately responsible for sound, lighting, camera angles, etc. so I have to rely on the filmmakers that I work with to be proficient and trained in all areas of filmmaking. There is no better feeling than to appear on the red carpet at the opening of a film that everyone is proud of. I am hoping to be able to attend the premieres of William Lee’s “Black Mamba” and John Reign’s “Finding Purpose” on the East Coast later this year.

My acting career so far has been a wonderful experience! I have had so much fun on film sets and have met so many wonderful people. I can’t wait to film “RoboWoman 2”, the sequel to “RoboWoman” with Dustin Ferguson at the end of this year with Brinke Stevens, Sue Price, Mel Novak, and many other great actors. I learned so much from filming the first “RoboWoman”, and Dustin says the sequel will be even bigger and better! I have a new agent named Kevin C. Kellum of Ascendent Talent Management, and I will be playing a villain in his “Vice Squad Los Angeles” television series. Academy award-winner Chris Tashima is a part of the “Vice Squad” franchise on the production end so I know it will be great. I also have been signed to play Lavender in a’Ali De Sousa’s movie and miniseries “The Bench”. I also am so happy and honored to be working with John Reign again in his upcoming major motion picture “Banks”.

Eye on Entertainment – what else should we know?
I have been the executive producer and host of the television show “Eye on Entertainment”. It used to be on Time Warner Cable, but the station has closed in my area. I have 14 seasons of the show on YouTube at https://www.youtube.com/user/eyeonentertainment.

The show has won Best Television Interview Show and two Best Host awards. I now primarily do interviews for the projects that I am working on because my main focus is on my acting career.

What moment in your career do you look back most fondly on?
The proudest moment of my career so far is winning Best Actress at the 2018 LANFA Film Festival for Dustin Ferguson’s “Nemesis 5: The New Model. Schuylar Craig and Sue Price were actually the leads in the film and both were awesome in their roles. I am really proud of my scene in the film because I prepared so intensely to play my Cyborg character. Mike Reeb wrote an amazing scene for me, Guy White was the D.P. on the film and the lighting was wonderful, Shaun Vetick choreographed a great fight scene and Dustin did a fantastic job on directing and editing the entire film. My scene from “Nemesis 5” and my Lady Macbeth monologue are the first two scenes featured in my demo reel at https://youtu.be/7eo5DbdCTL0.

Thank you to King Bassey, Joe Williamson and especially to Dustin Ferguson for this award that means so much to me!!! 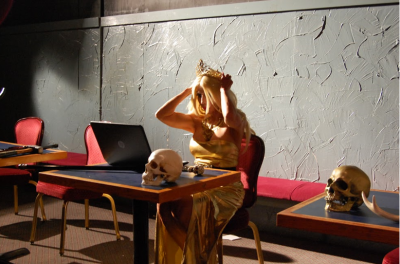 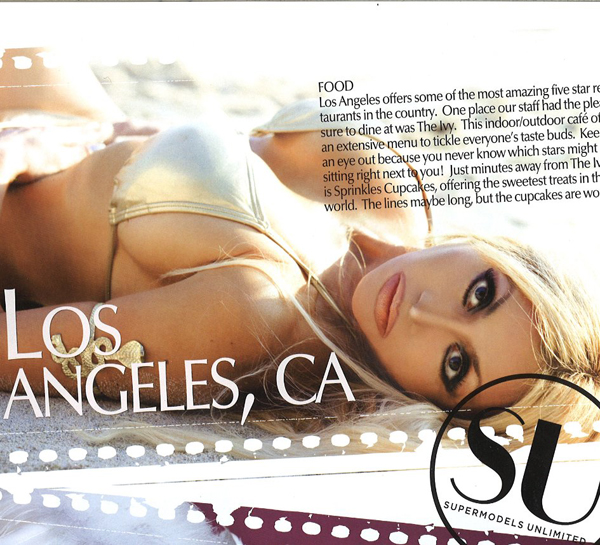 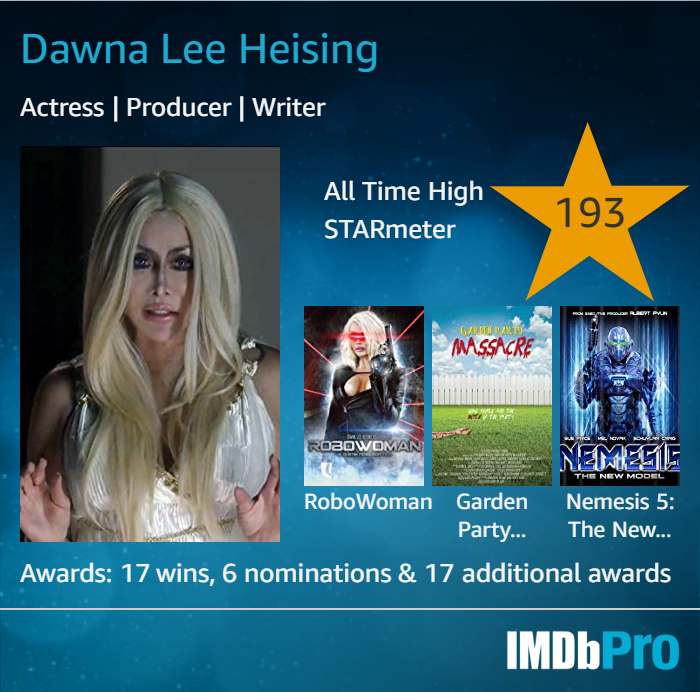 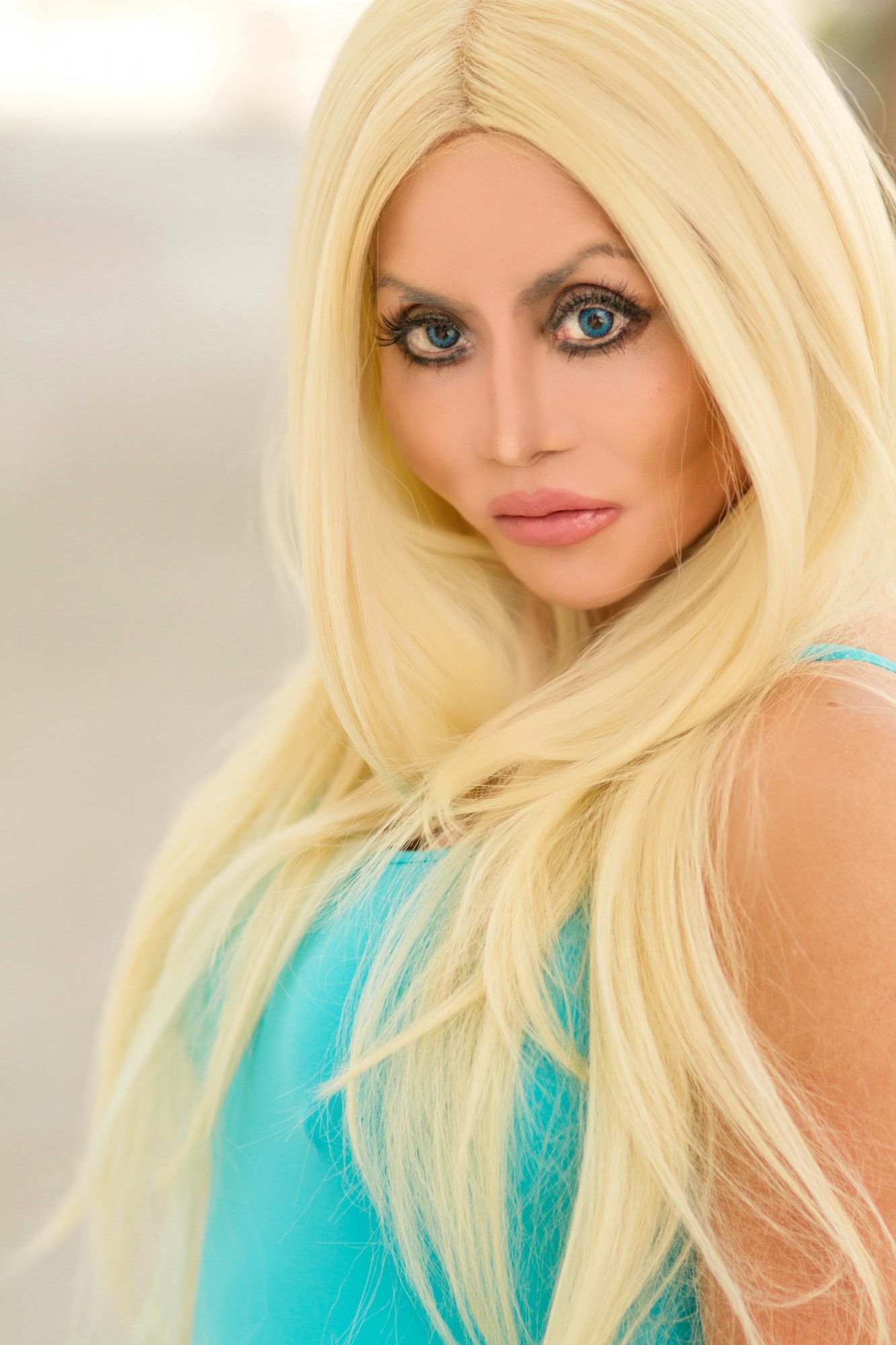 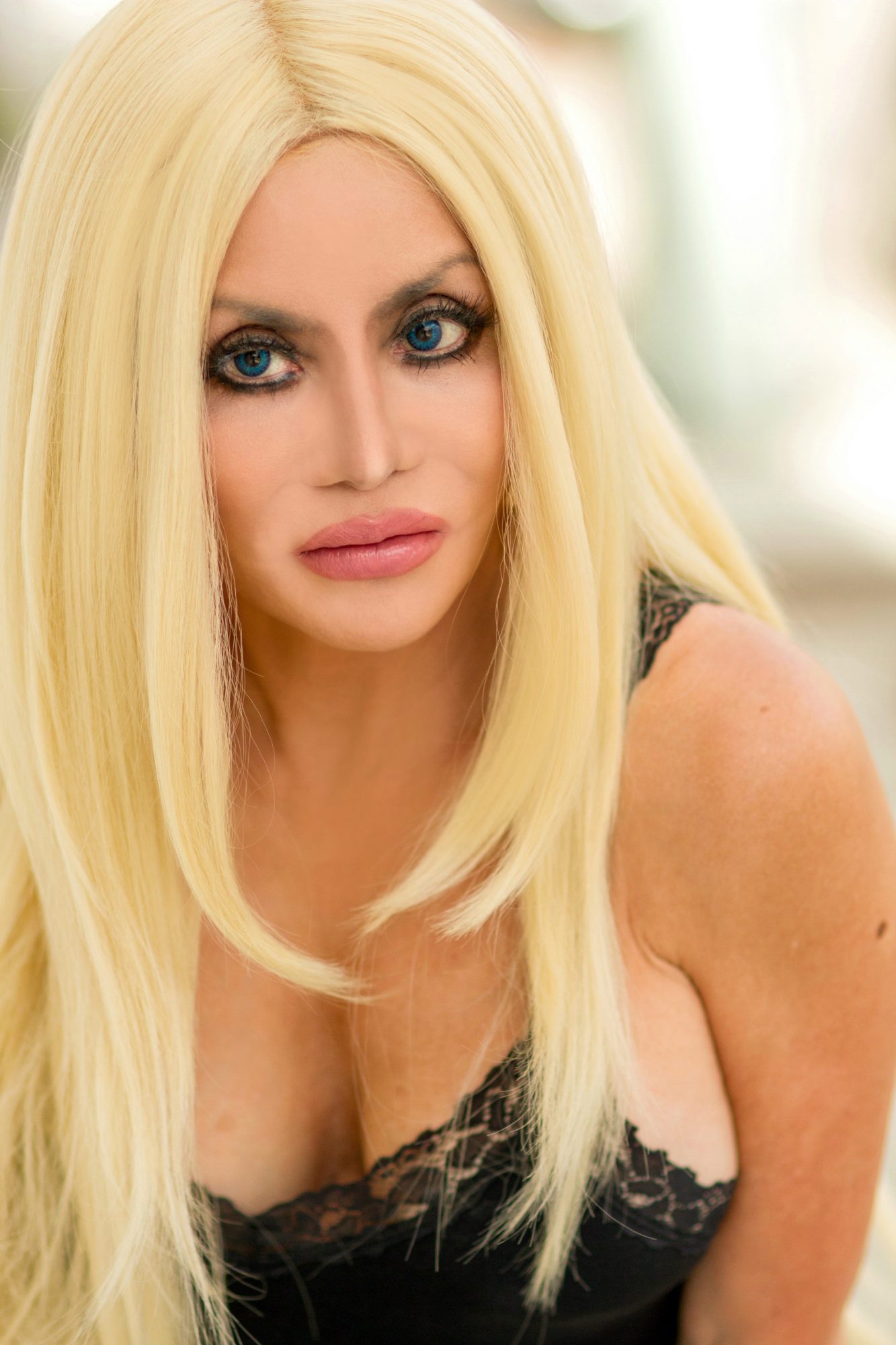 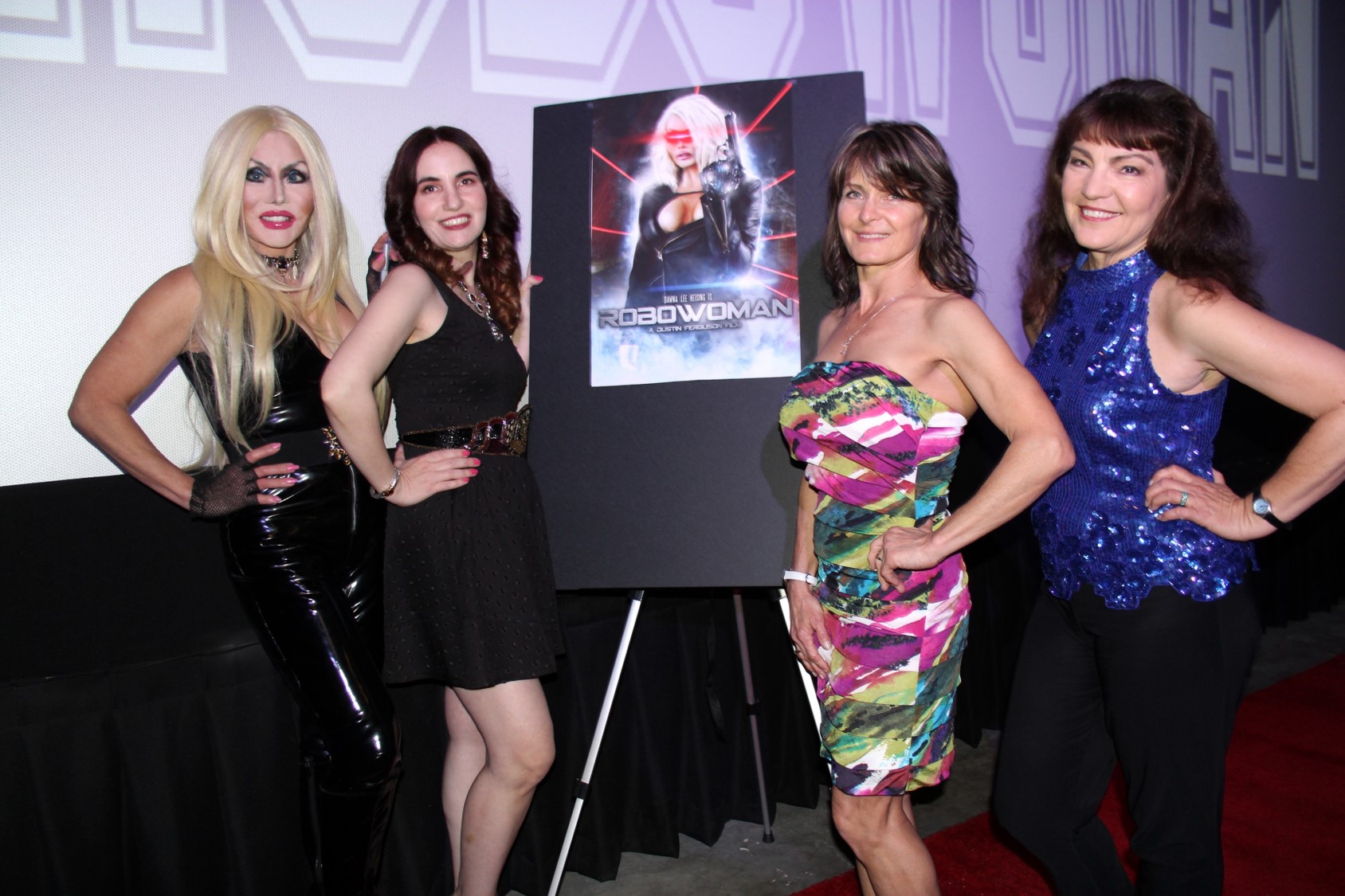 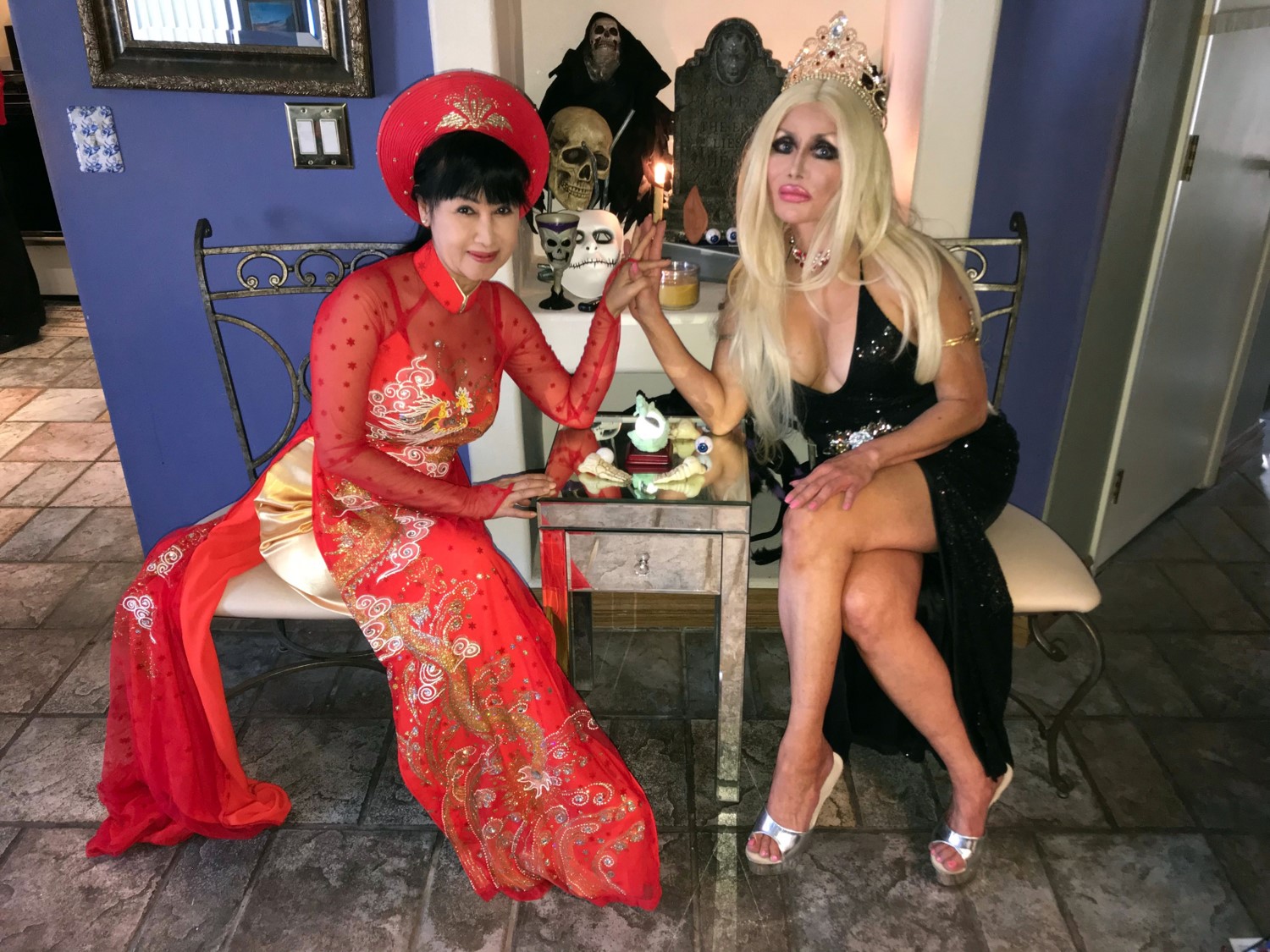 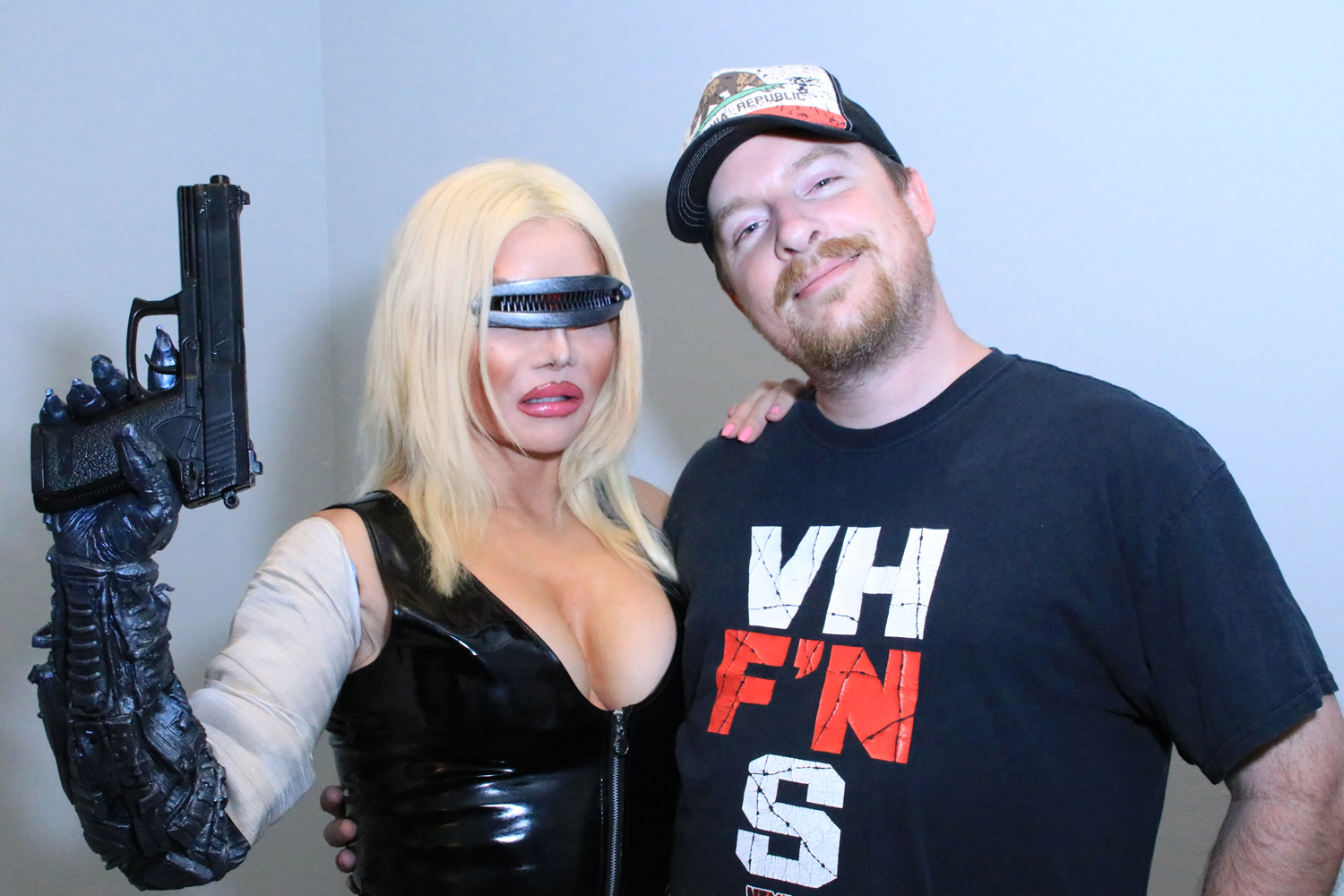 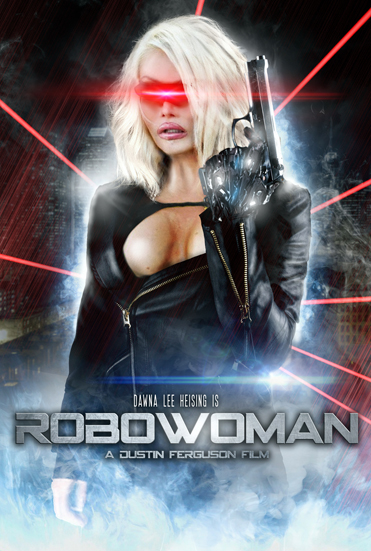 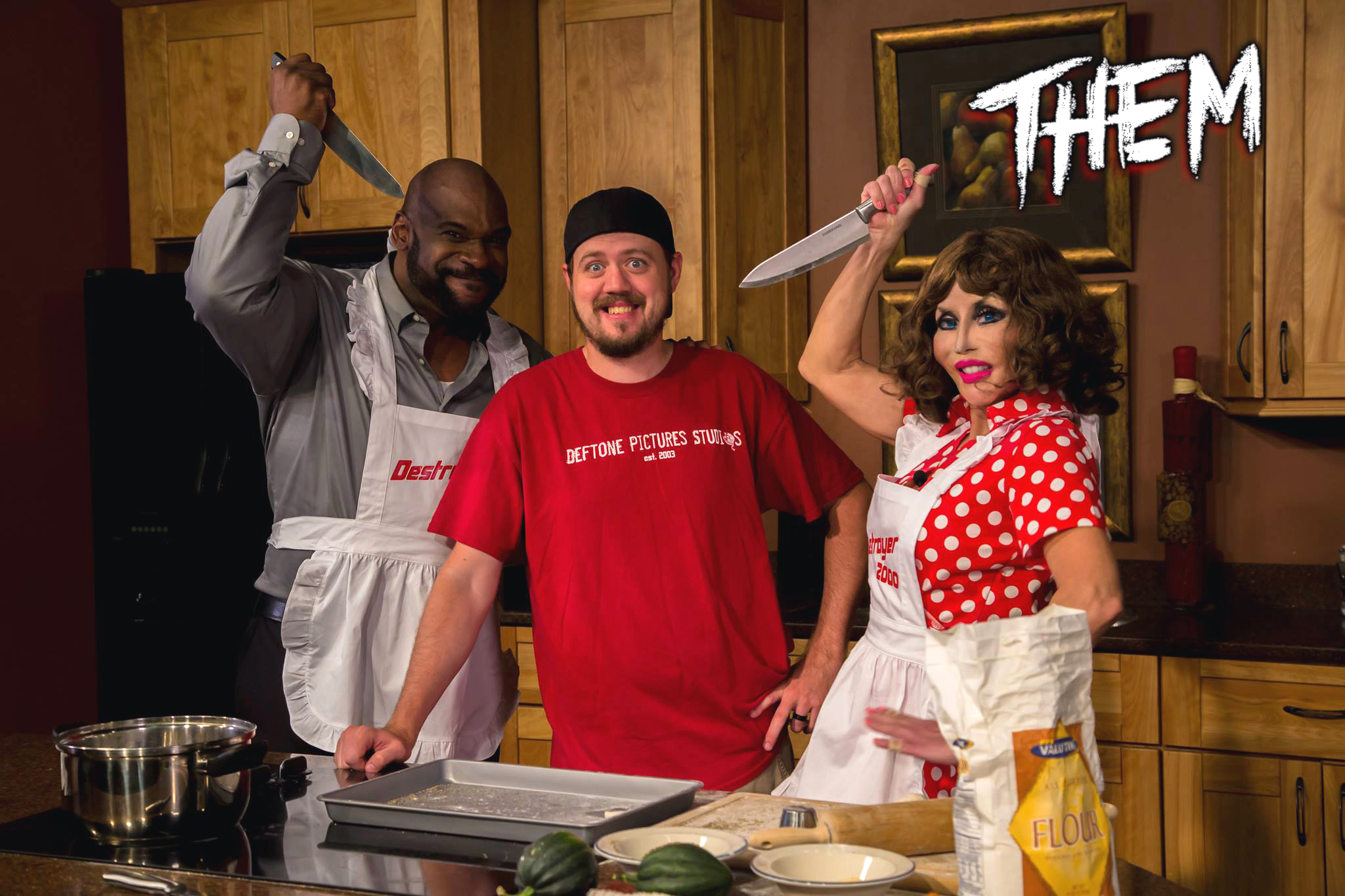