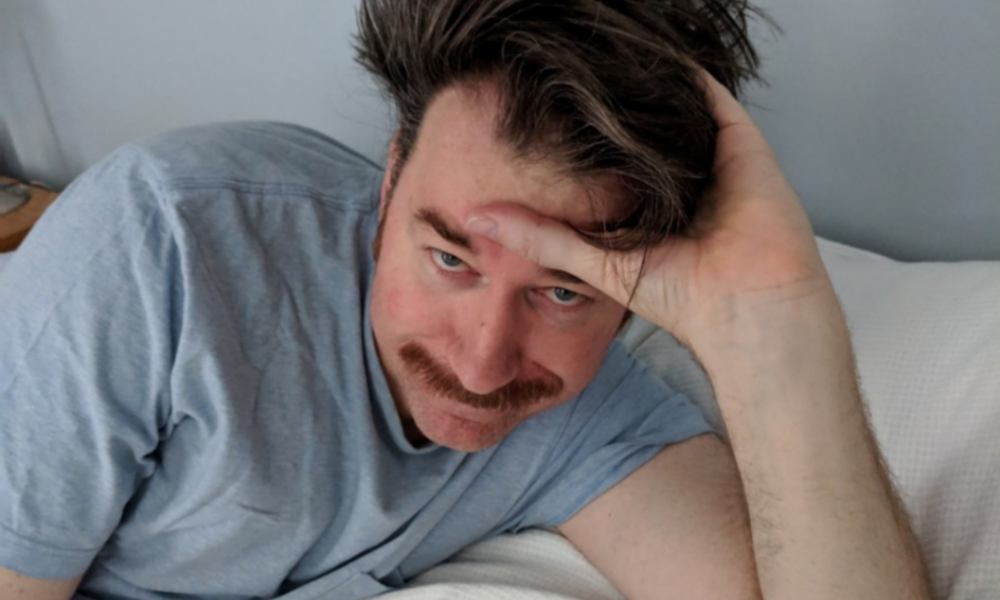 Today we’d like to introduce you to David Scott.

So, before we jump into specific questions, why don’t you give us some details about you and your story.
I’m so glad you asked, otherwise, what were we going to talk about, haha. I’m a pretty funny guy, a comic actor, a character actor, and I want to inspire others through laughter. I’ve always had that entertaining “gene” it just took me a while to figure out what to do with it. When I was a little kid, my friend and I would put on neighborhood puppet shows and plays in his garage. It paid better than a lemonade stand, I tell ya. I finally got into drama class in Junior High. I would act in plays, write my first sketches, and make a large audience laugh. That was empowering. And very addicting!!! But I was a “respectable” class clown. I took it to the edge of the line… to the point I wouldn’t get in trouble, haha. But in High School, that kinda took a back seat to sports and academics.

And then after college, yes, I’m a college graduate… I got into real estate. My Dad worked his tail off to provide for us and give us a comfortable life and incredible vacations. My takeaway was that I have to do the same. The discipline of hard work I inherited from him was great, but I never considered applying it to acting as a possibility. Wasn’t until later when I found out, my office manager was taking acting classes. I decided to join him. It was a Commercial Acting Workshop. I then took an introduction to Improv that was really incredible. It was eye opening, and brain opening! I was able to create comedy from my point of view! Then a film acting class. I even booked three local commercials at the time. I would impersonate some of the people from my office. I would make the receptionist crack up daily. I’d leave messages for the entire office impersonating a celebrity.

However, the real estate market took a turn and I had to re-invent myself. I chose bartending. It was immediate cash in the pocket. It was fun and I met some really incredible people. Also, what a great place to people watch. Some of my best characters may have been inspired from the clientele. I also eventually became the GM of the restaurant/bar I was working at. Tons of hours running the place. I had my hands in all aspects. So I was back in the “real world” again. However, two of the bartenders had gone to film school. I ended up working with one of them in creating a short film. A comedy, of course. He even rented a movie theater and we had a showing for all of our co-workers, loyal customers, friends & family. We filled the theater and laughter filled the room. The acting bug was back and wouldn’t go away. I had to act! Hmm, double entendre?

My first stop: the Groundlings Improv. So many of the actors/comedians I look up to have an improv background. I took all their open classes and then auditioned to get into their professional program. They really helped me with fundamentals to create characters and to be grounded and most of all, improv was such a delight. Creating from scratch, trusting your scene partners, making people laugh… It’s so so so fun and gave me so much confidence in myself as a comic actor. So after a couple of years there, and with the push from one of my teachers, I just really wanted to get experience. I started auditioning and booking all kinds of indie projects from short films and features to web series and comedy sketches. Being on set and doing the work and using improv on set was a new “drug” for me and nothing could top it. And by new drug, I mean only drug. I’ve never done drugs. I’m a square. Say no to drugs, kids!

We’re always bombarded by how great it is to pursue your passion, etc – but we’ve spoken with enough people to know that it’s not always easy. Overall, would you say things have been easy for you?
Haha, bumps and bruises! Money has always been an issue. The struggling actor is real, yo! Balancing paying bills with the flexibility needed to be available for auditions and gigs is very difficult.

I’ve never had the freedom to not worry about money and just pursue my dreams fully. So strange and bizarre if you think about it. There’s really no “mail room” to start in and everybody’s path is so different. But, funny enough, it’s not a deterrent. And then to be able to free yourself from that stress for each audition and not bring desperation into the audition room is a real talent.

On top of all that, there is loads of rejection. No, NO, no, Noooo, nah-uh, nope.. hahaha. Need some thick skin. And you need to celebrate every tiny little success because it’s important for your well-being. “YES” is a magic word that we don’t hear enough but when we do… it just tickles our soul and we explode with light, haha.

We’d love to hear more about your work and what you are currently focused on. What else should we know?
I named my company Laces Out Comedy inspired by Jim Carrey and Ace Ventura. I have a YouTube page and create lots of characters and sketches and just silly stuff. Been really lucky to get a couple viral videos. One of my sketch groups, Those Darn Geese, got over 2 million views with just one of our videos. I’m really working on my characters and hope to launch them into the world very soon. I’ve also been writing a bunch. But I have also been working to up my game and I’ve been writing Web Series and shorts and even a feature. Can’t wait to open back up so I can create some bigger projects with my circle of talented people I’ve met and connected with along the way.

So, what’s next? Any big plans?
I desperately need a haircut. Oh, besides that. Well, my short comedy film, The Banana Boss, is 95% finished post-production. And I’m very excited to submit it to film festivals.

Just so ready for things to open back up and create with others. I have a 13 episode Web Series written and pretty much ready to go. We shot the pilot a while back, but after re-writes and other obstacles, I am looking forward to finally filming it. It’s pretty darn hilarious and the cast is incredible.

I also now am represented by Step Forward Management and am looking to hire a theatrical agent as well. Building the team. 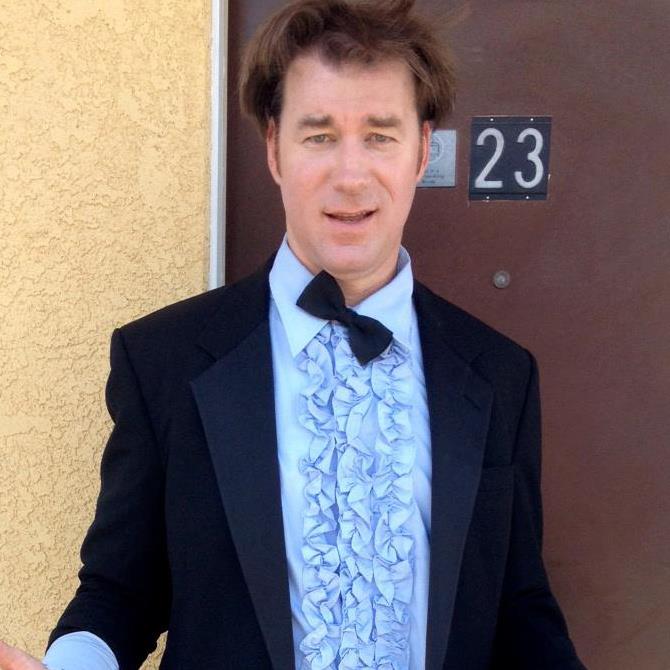 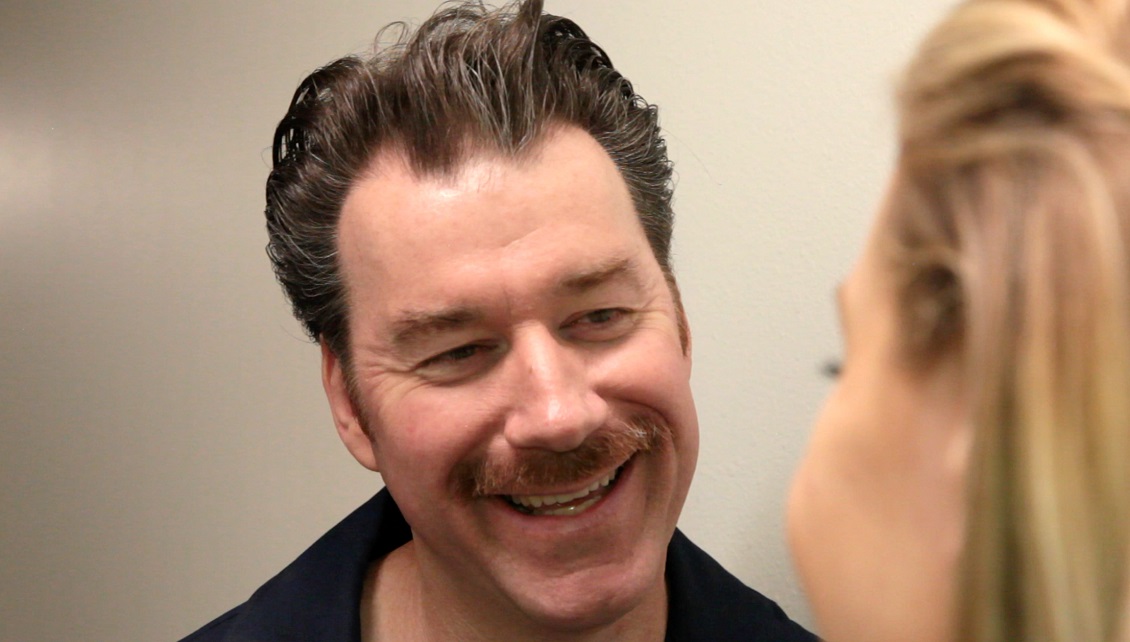 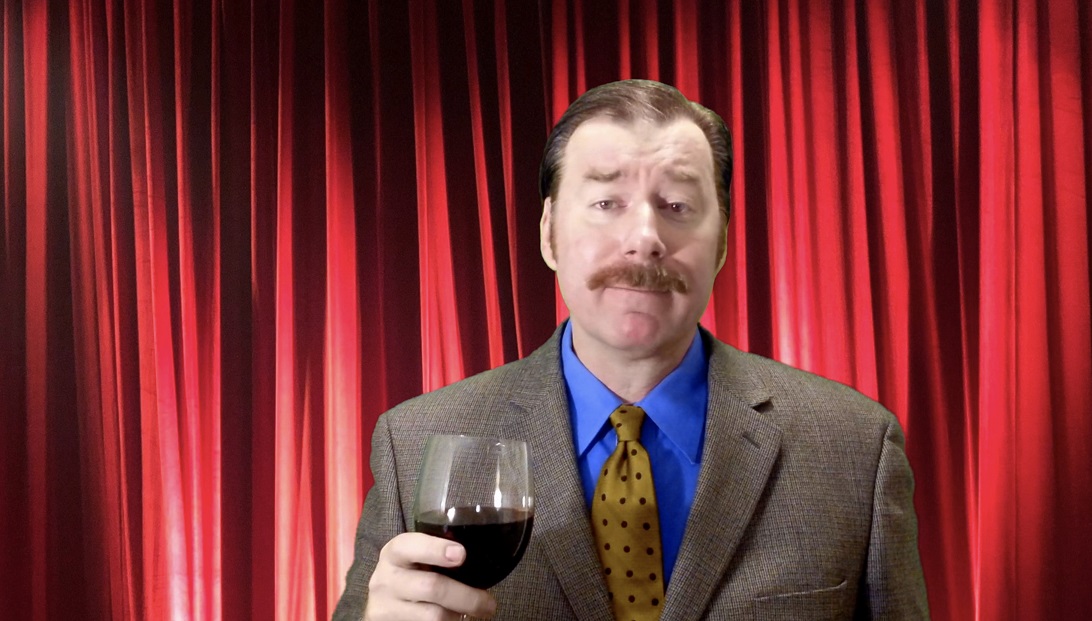 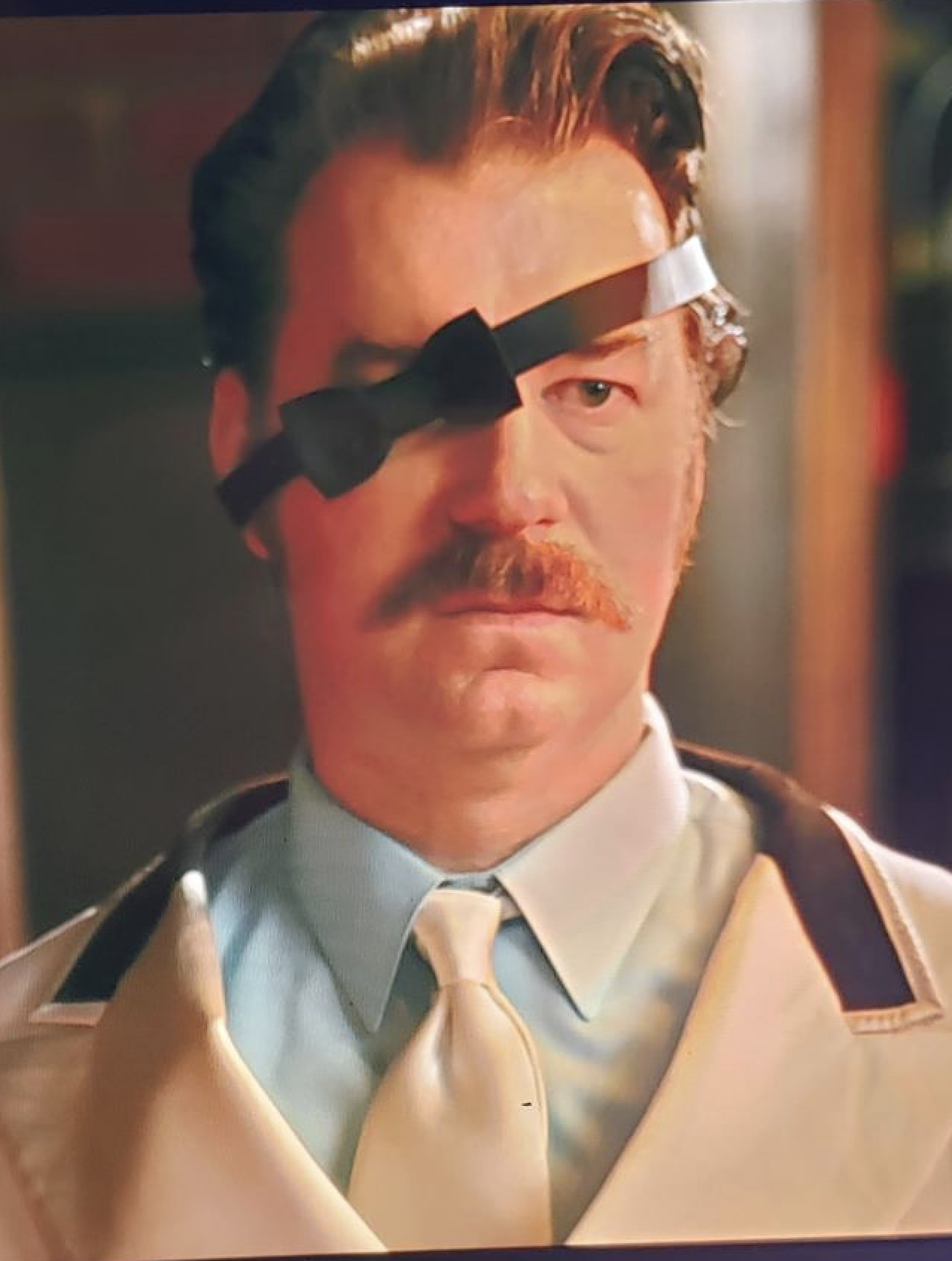 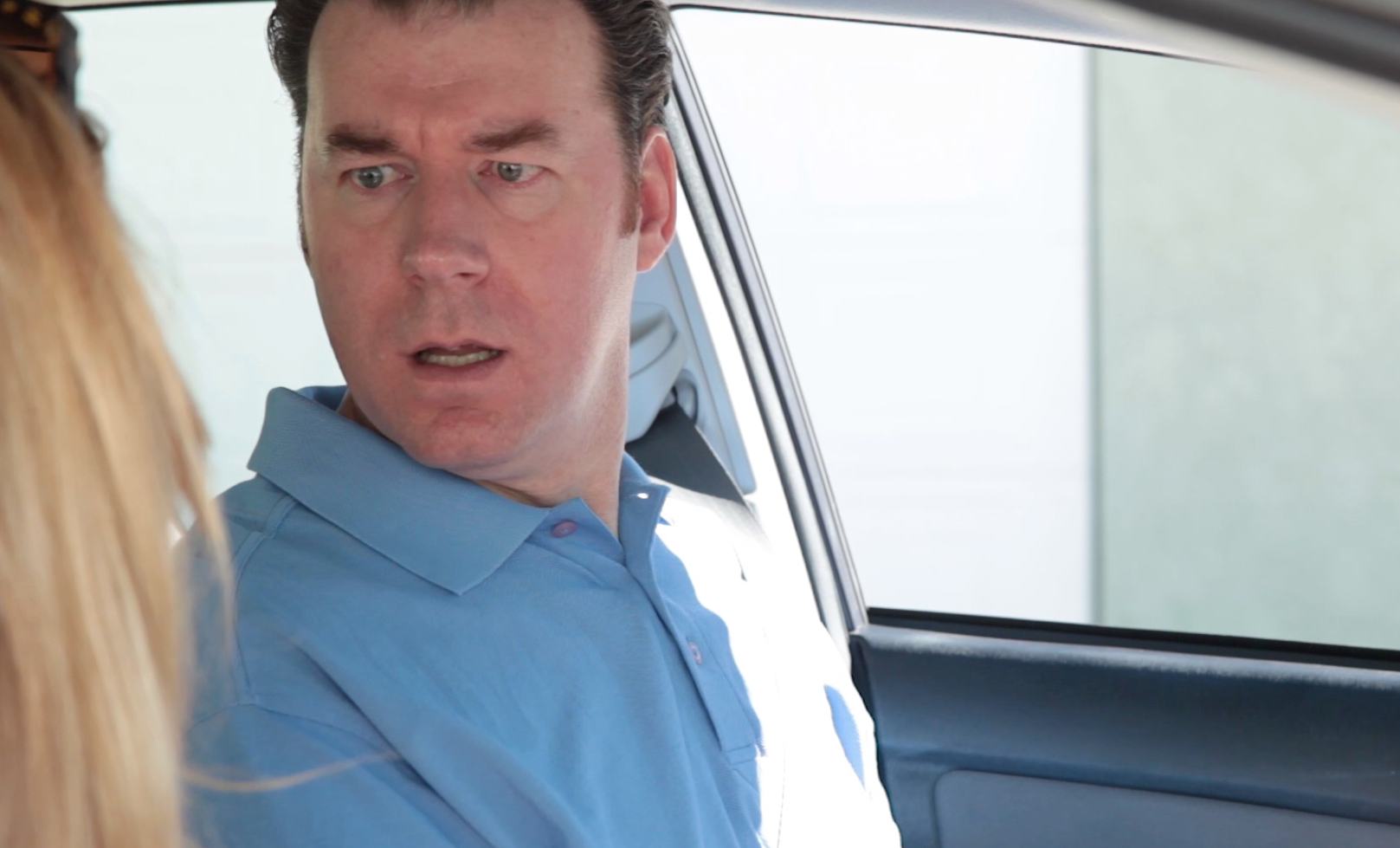 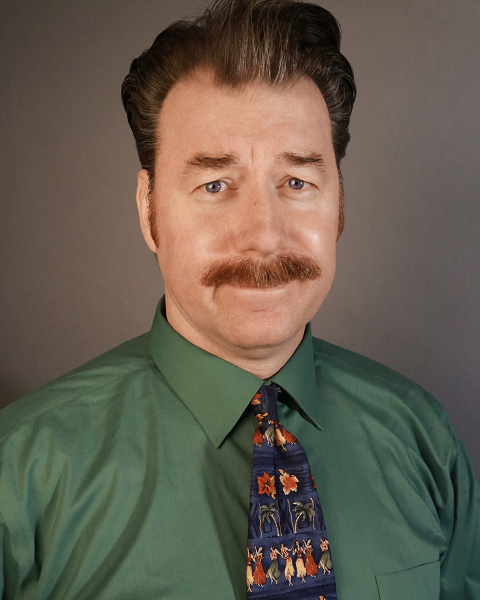