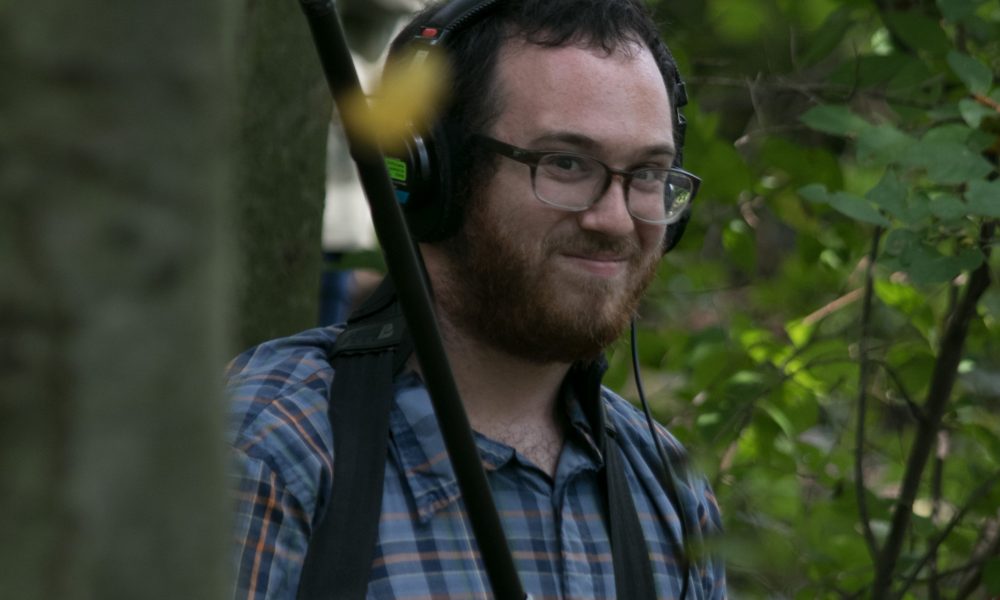 Today we’d like to introduce you to David Newman.

David, please share your story with us. How did you get to where you are today?
I don’t have one specific story about how I got into sound design or filmmaking. I’ve been into theater, music, performance, storytelling, etc. as long as I can remember. There was no real lightbulb moment, but a lot of little things along the way that grew with me. The closest thing I have would be this, in 8th grade, I begged my parents to let me go to a summer acting program. My mom convinced me to go to a New York Film Academy 2-week movie camp: 1 week of Acting and one week of Intro Filmmaking. I thought I would love the acting and just get through the filmmaking, but it ended up being the complete opposite.

From there, I got more and more into film and went to Vassar College, a small liberal arts school a bit upstate from NYC. There I became very involved with the Film Department and student organizations. My freshman year, I was a Production Assistant on a few senior’s thesis films and mostly ended up as a boom op. The Film Department had a policy at the time where, if there weren’t enough seniors to round out the crews, they would bring on sophomores to do the sound. I got excited and brought this up to my advisor and professors. Low and behold, next year they needed sophomores and I was right there, ready to go! I ended up doing production sound and all of the posts on a senior’s thesis film and just fell in love. I was right at home.

After graduating, I did a few gigs for friends from college and ended up interning at a couple of places, most importantly, Gotham Sound & Communications, NYC, which is an audio equipment rental and sound house in Long Island City, Queens. It basically became a crash course in the real world of production sound and the industry. It also leads to a lot of production sound gigs and, eventually, my first full-time job in the industry as their Shipping & Receiving Manager. I worked there for about a year and a half before I decided to make the jump to L.A.

I quit my job, left my apartment in Queens, and drove out to the West Coast on a 9-day road trip with my now roommate. I didn’t have a job and crashed on an air mattress in his living room until I found place to live. Finding a job took a while longer. A friend ended up introducing me to an audio post house out here called Private Island Audio, where I started as an apprentice before climbing my way up to my current job in the office. While I was apprenticing there, I was also working on audio post for a feature film called “Here On Out.” The co-directors flew out to LA and I mixed the film at Private Island.

These days, I work in the office at Private Island Audio and am a freelance sound editor, having worked on shorts and features for Private Island as well as another small post-studio, Chesspiece Audio.

We’re always bombarded by how great it is to pursue your passion, etc – but we’ve spoken with enough people to know that it’s not always easy. Overall, would you say things have been easy for you?
Honestly, I’ve been lucky. I have happened to be in the right place at the right time a number of times. I’ve had a lot of support from my family and friends, who are part of the reason that I felt confident enough to make the jump to from NYC to LA in the first place.

That being said, I have had mental health struggles and there have been plenty of times where I wanted to hang up my cap and do something else. For most of 2017 and 2018, I had only a few projects and started semi-seriously looking into other careers. That part of it has been kind of tough, I guess, but otherwise, like I said, I’ve been lucky and it’s been fairly smooth, especially more recently.

We’d love to hear more about your work and what you are currently focused on. What else should we know?
I am a freelance sound effects editor, background, editor, and sound designer. There are a few projects that I’m most proud of. Last year, I did all of the audio posts as a one-man-band on the feature film, “Here On Out.” That was a ton of work, but am really happy with how it turned out.

There are also a couple of projects I worked on recently as a Sound Editor/Sound Designer for Chesspiece Audio that I am super proud to have been a part of. One is the trailer for an underwater horror movie with a lot of creature design, which is always so much fun to create. The other is the third season of a web series titled “Gal Pals,” which I just recently finished. It is just about the opposite of the trailer, a very funny character-based comedy with some great performances. I’m really excited for it to come out!

Has luck played a meaningful role in your life and business?
Honestly? Everything. There are countless great sound editors and sound designers out there. I learned early on that, to be successful in this industry, you have to have four very specific things go right:

I’ve been able to put myself in certain places and I believe I am good at what I do. However, there is so much I chalk up to being lucky. Again, it’s impossible to make it in this industry without a healthy dose of luck. 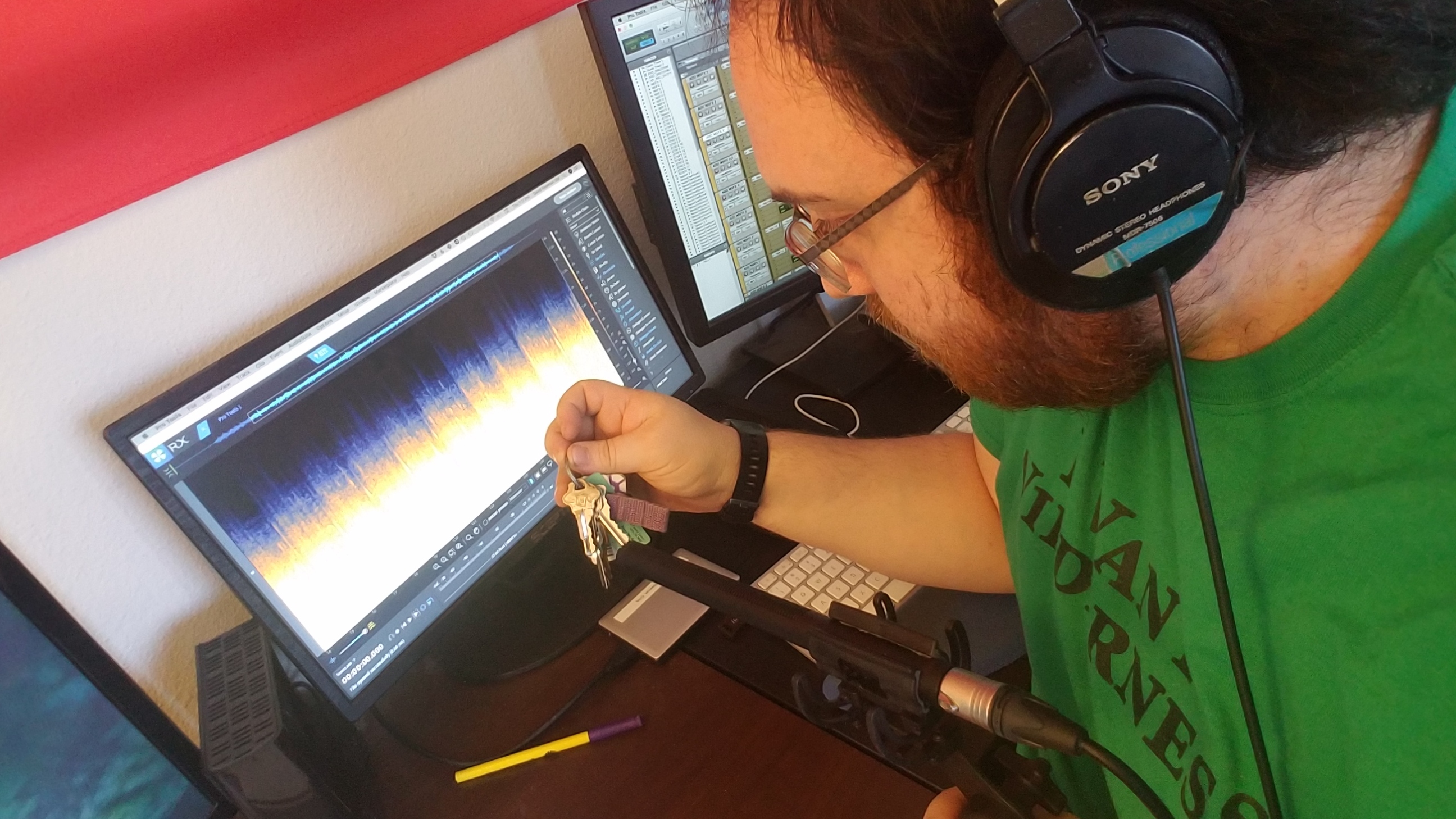 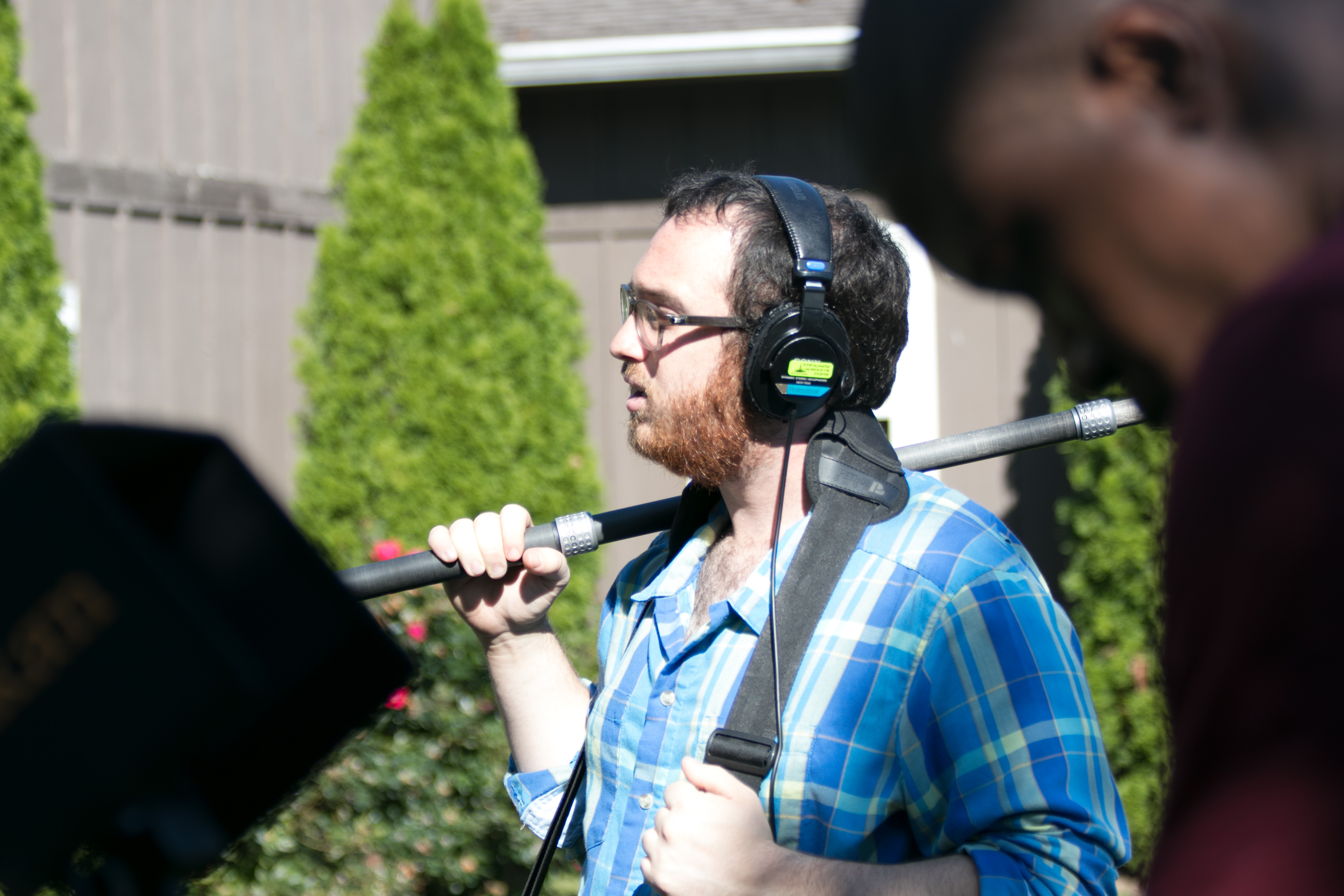 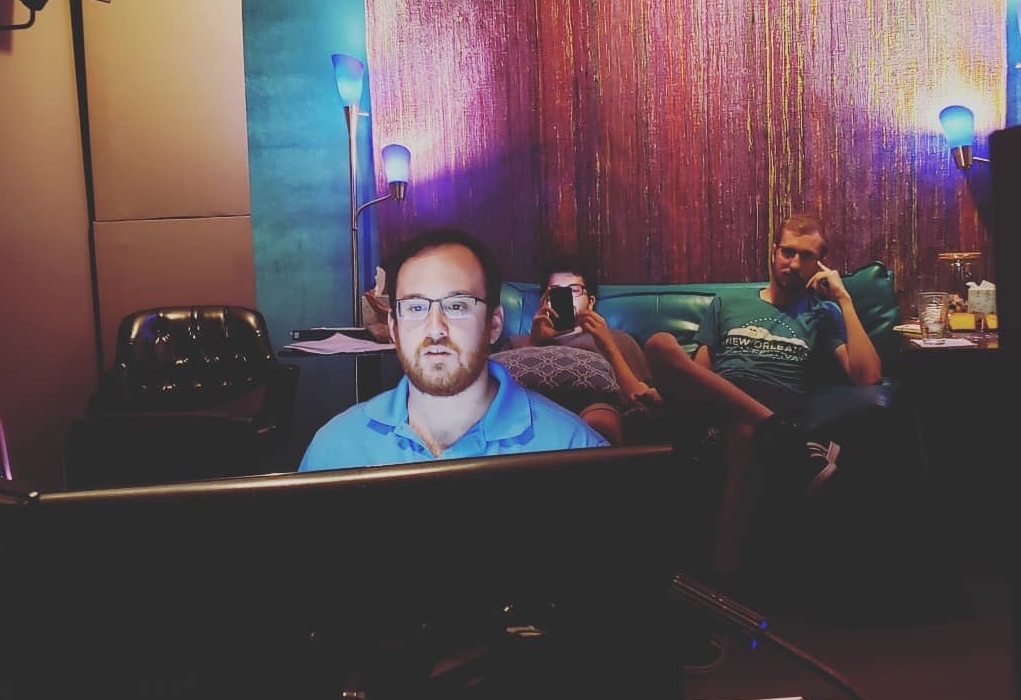 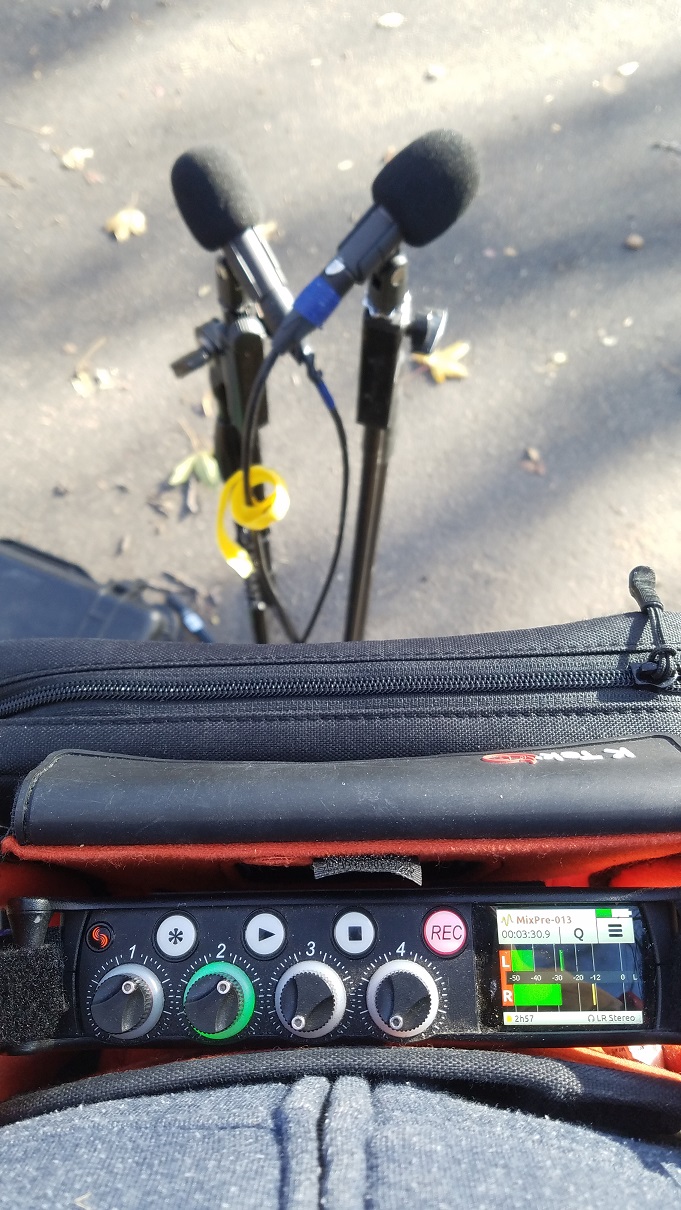 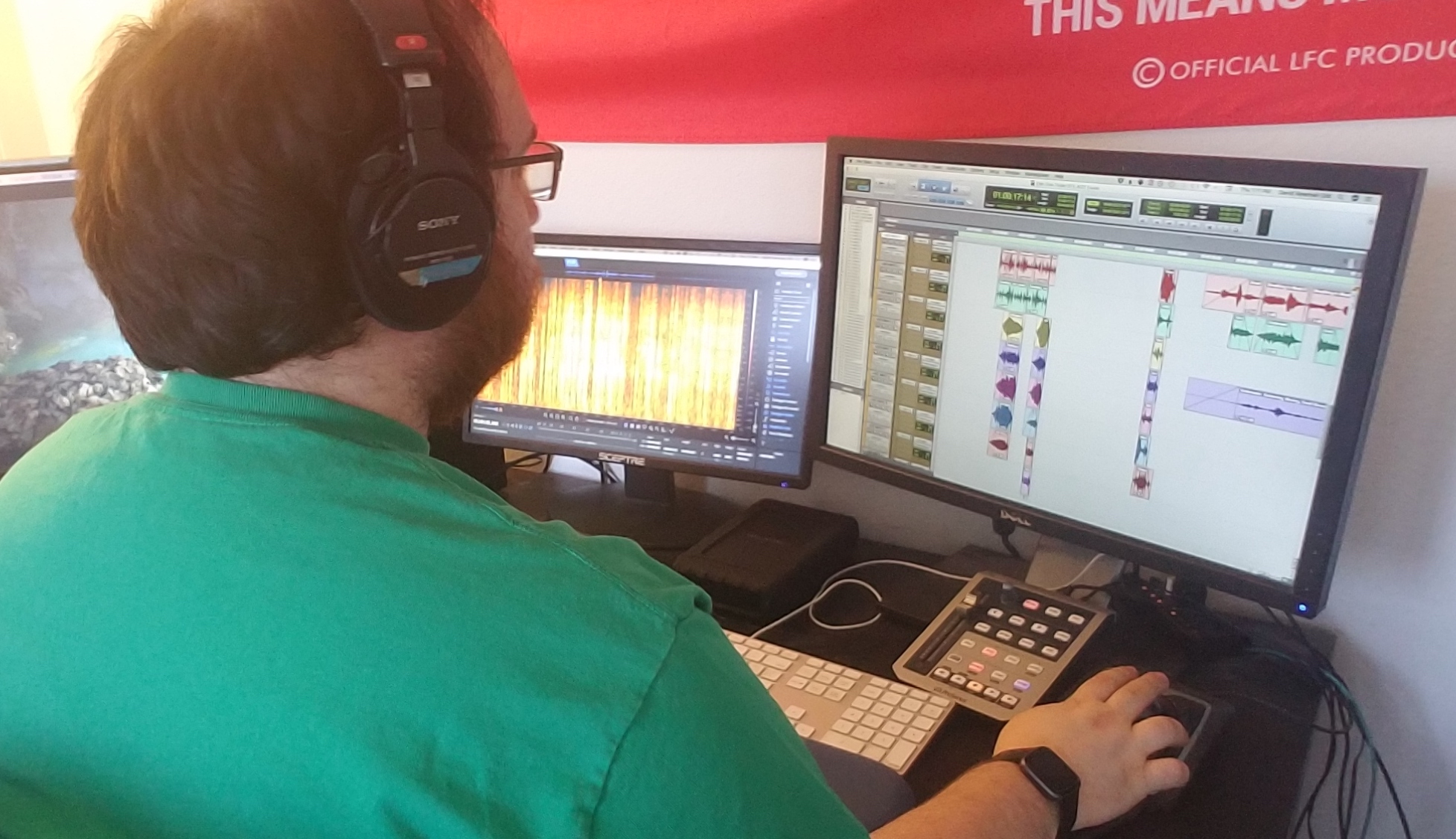