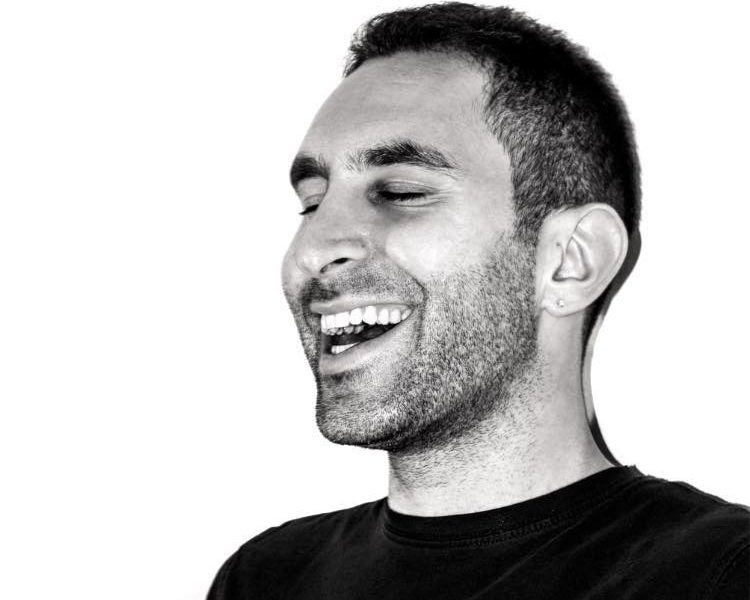 Today we’d like to introduce you to David Myles Lewis.

Can you briefly walk us through your story – how you started and how you got to where you are today. You can include as little or as much detail as you’d like.
I’m so fortunate to have grown up in a loving and supportive musical family where I was always encouraged to be creative. My father plays tabla, which is a North Indian classical drum, so I was immersed in world music and culture from a very young age. Piano was my first instrument and catalyst into a lifelong career of music. After playing classical piano for a few years, my parents sent me to Interlochen performing arts camp in Michigan during the summer between 6th and 7th grade. I went there as a piano player, and arrived home a drummer… I was in love, and not long after, I got my first drum set and there was no looking back. Playing the drums became an obsession. I studied hard and performed all throughout junior high and high school.

I received a scholarship to attend the Berklee College of Music where I graduated in 2006. It was at Berklee where I learned the trade, developed my musical vocabulary and made lifelong friends and colleagues, many of whom I work with today. After school, I toured with a couple of bands and eventually made the move to LA, which has been my home base for almost 15 years. I found a nice balance between playing in bands and being a freelance studio and touring musician, music producer and educator. I’ve had the pleasure of playing with so many incredible musicians and bands, most notably Mirror Talk, which over the course of 10+ years, made a considerable impact on LA’s music scene and it’s a group I’m very proud of. Arohi Ensemble is an Indian world fusion group featuring some of the best musicians from around the globe. It’s a truly unique sound comprised of sitar, cello, bansuri flute, tabla and drum set. I’ve had the pleasure of playing with rock legends such as Vince Neil (Motley Crue), Robby Krieger (The Doors), and George Thorogood, as well as jazz icons Mike Stern, Joe Lovano and Richard Bona. I formed my own jazz quintet, The Dave Lewis Group, influenced by the sound of The Yellowjackets, Mike Stern, and Pat Metheny and released a solo record, which features some of the most recognized jazz musicians in the world- among them Jay Oliver, Bob Franceschini, George Brooks, and Oskar Cartaya.

While being a very active player, I began migrating into the world of music production and film scoring. At the time, I had no formal training, so I was continually picking up things and learning from each project. I began producing my sister’s music despite having no clue what I was doing. Things didn’t start out great, but she’s stuck with me over the years as my production chops evolved and thankfully, so has the quality of her music. Collaborating with my sister is a rare treat. Sarah and I are very close, which makes the joy of creating music together even more meaningful. She’s incredibly talented and a lifelong musical partner.

Several years back, I had a gig playing drums with a dance company alongside another percussionist, Kiran Gandhi aka Madame Gandhi which completely changed my life. Kiran gave me an opportunity to help her score music for a short film that was produced by Vogue. At the time, I had barely any credits and could hardly call myself a film composer, but this experience not only affirmed my passion and joy of film scoring, it was my first real shot, which gave me a boost and eventually led to other gigs. This helped me make the transition into the world of film scoring and I’m forever grateful to Kiran for lifting me up and giving me that opportunity. I’ve also been fortunate to continue working with Kiran on her music as a co-producer and collaborator. She’s incredibly talented and a wonderful friend.

After I had a few years of composing music for film and T.V. under my belt, I decided that I needed to go back to school and was accepted into the screen scoring program at USC’s Thornton School of Music where I finished this past May. What a life changing experience! Not only is USC the best program of its kind, the community and opportunities are extraordinary. We’re a tight knit family and continue to stay in touch. USC has opened many doors for me. Since graduating, I was hired as lead sound designer for a Netflix series coming out next year, which has been a dream come true. I also orchestrated music for the film ‘Held’ (composed by Richard Breakspear) where we recorded live orchestra in Budapest. Recently, I had the honor of completing music for my first video game called ‘Shoal’ and I’m continuing to compose music for commercials and trailers. On the music production side, I’m working with several artists, including Madame Gandhi, Sarah Lewis, KIN and Charlie Lubeck, all who have incredible music dropping soon.

Has it been a smooth road? If not, what were some of the struggles along the way?
A musician’s path is never smooth. There are always ups and downs, micro-successes, lulls and the occasional rapid burst of opportunities. Most musicians will have a similar story about the ‘bumpy road to success’ but right now, I feel that we’re in new uncharted territory as this pandemic has severely affected musicians and creators around the world. Many of my friends are touring musicians and their ability to make a living has been deeply impacted. Though I’ve been extremely fortunate these last few months, the film industry is largely closed. And even as productions are beginning to start back up, the trickledown effect won’t reach composers for at least a few more months. This pandemic is a reminder that we must never take anything for granted. Surviving this pandemic is likely the greatest challenge most musicians will face in their careers.

Even in their prime, musicians will struggle along the way. I’ve had roadblocks at just about every corner of my career. Whether it’s people telling you you’re not good enough, or criticizing your every move, to being complete assholes who intentionally want to take advantage of you, I’ve dealt with it all. It’s important to know the value of what you bring to the table, work hard, connect with like-minded individuals and know when to walk away. I’ve always learned something new from each gig and take it with me to the next. Whatever environment I find myself in, I always work hard and stay positive.

Tell us about your business/company. What do you do, what do you specialize in, what are you known for, etc. What are you most proud of as a company? What sets you apart from others?
I am a composer for visual media and music producer. I take great joy in telling stories through music, and bringing out the absolute best in an artist. I’ve had the pleasure of creating music for networks such as Netflix, FOX, PBS, BET and The Guardian as well as companies such as Cadillac, Dropbox, GAP, Vogue, Peroni, Edwin, Teen Vogue and many more.

I particularly love collaborations, whether it be with a director working together to create a musical narrative for their film, or helping to unleash an artist’s creativity. My goal is to bring something fresh and unique to the table. I’m very much a contemporary composer utilizing both traditional and modern scoring techniques. My influences of Indian classical music, jazz, percussion and modern electronic music are what set me apart. As a drummer, I certainly have an edge when it comes to anything percussion related, but at the same time, it forces me to push the boundary and create something new. For example, one of the artists I’m working with has a track where the rhythm is solely comprised of body percussion and household items. (Our snare sound was created by whacking a bag of spinach with a spatula, and it sounds great!) Now we’ve created a sound that is completely and uniquely our own.

How do you, personally, define success? What’s your criteria, the markers you’re looking out for, etc?
I’ve had a few different careers, especially during my first several years in LA. Knowing that I can support myself by doing what I love is my marker of success. It has also been vital to have support from the people that I care about most. From my friends and family to my colleagues and professors, their encouragement has been paramount to my achievements. Like most composers, I’m ambitious, but I know there’s no straight line to success. I’m focused on the journey rather than the destination, and I owe every success I’ve had along the way to hard work, encouragement, passion for what I do and being a good human to others. Quincy Jones once said, “God walks out of the room when you’re thinking about success” and I couldn’t agree more. When you create great work, success will follow. 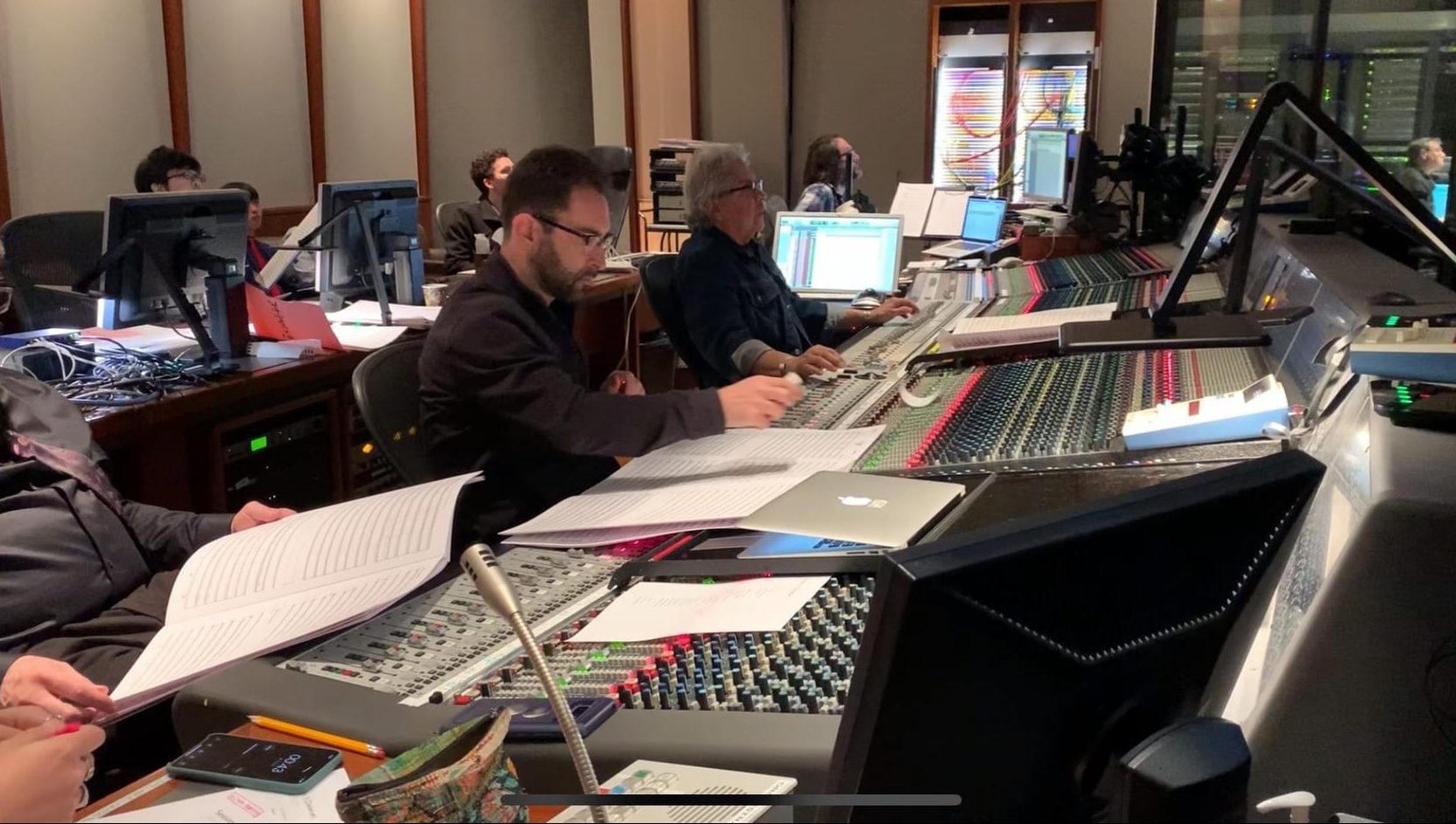 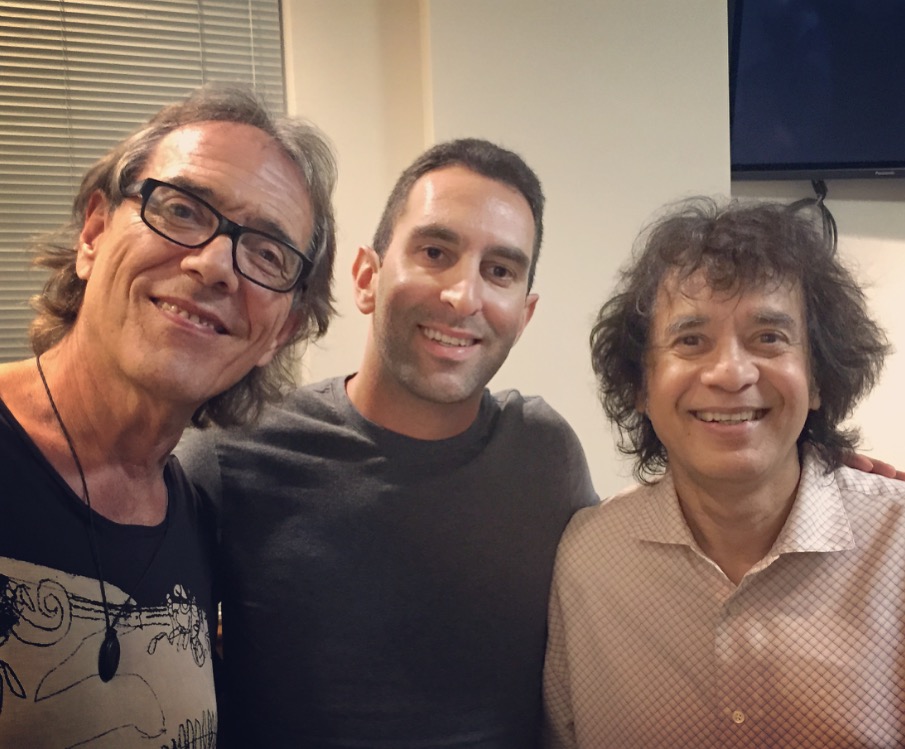 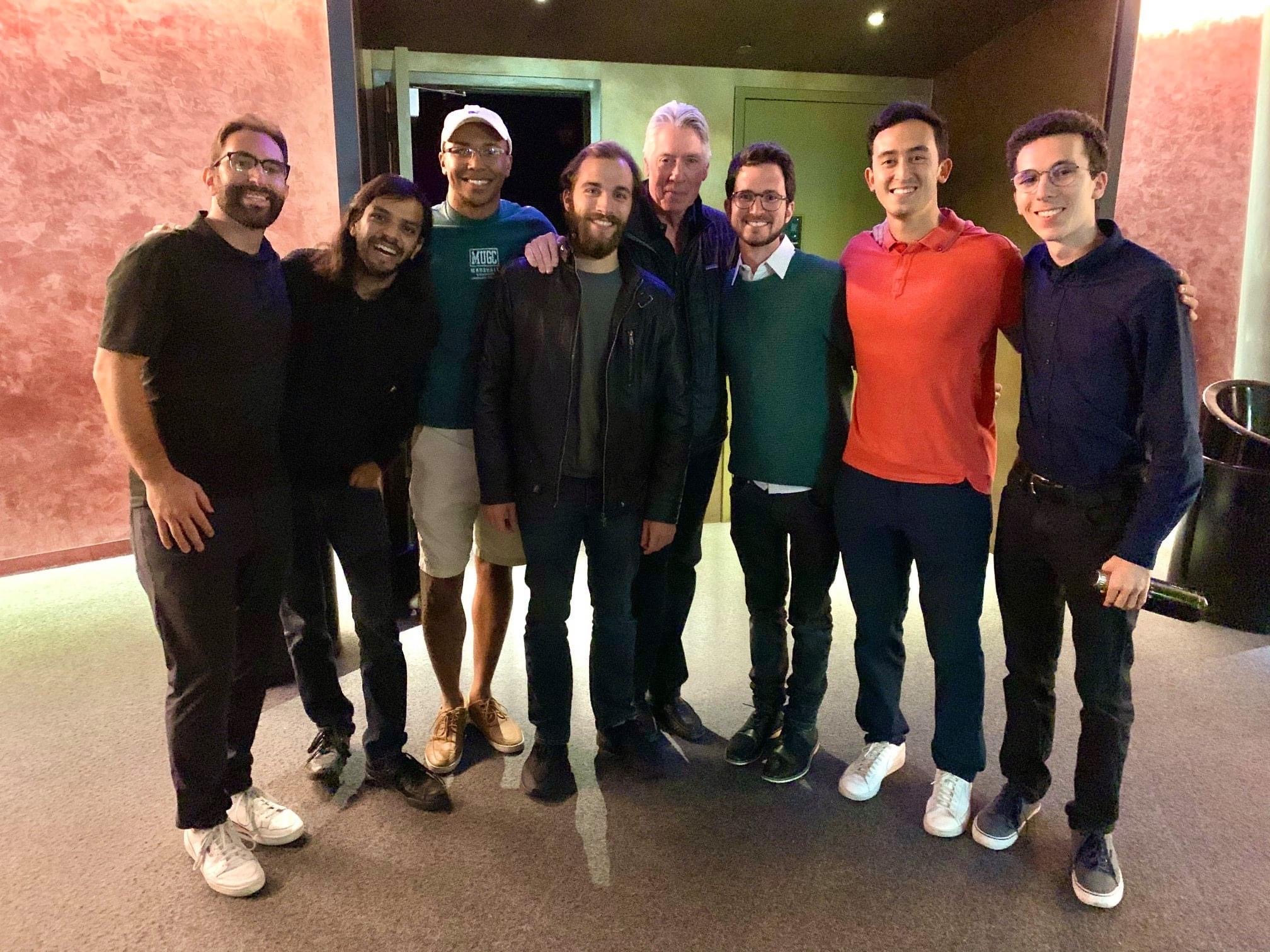 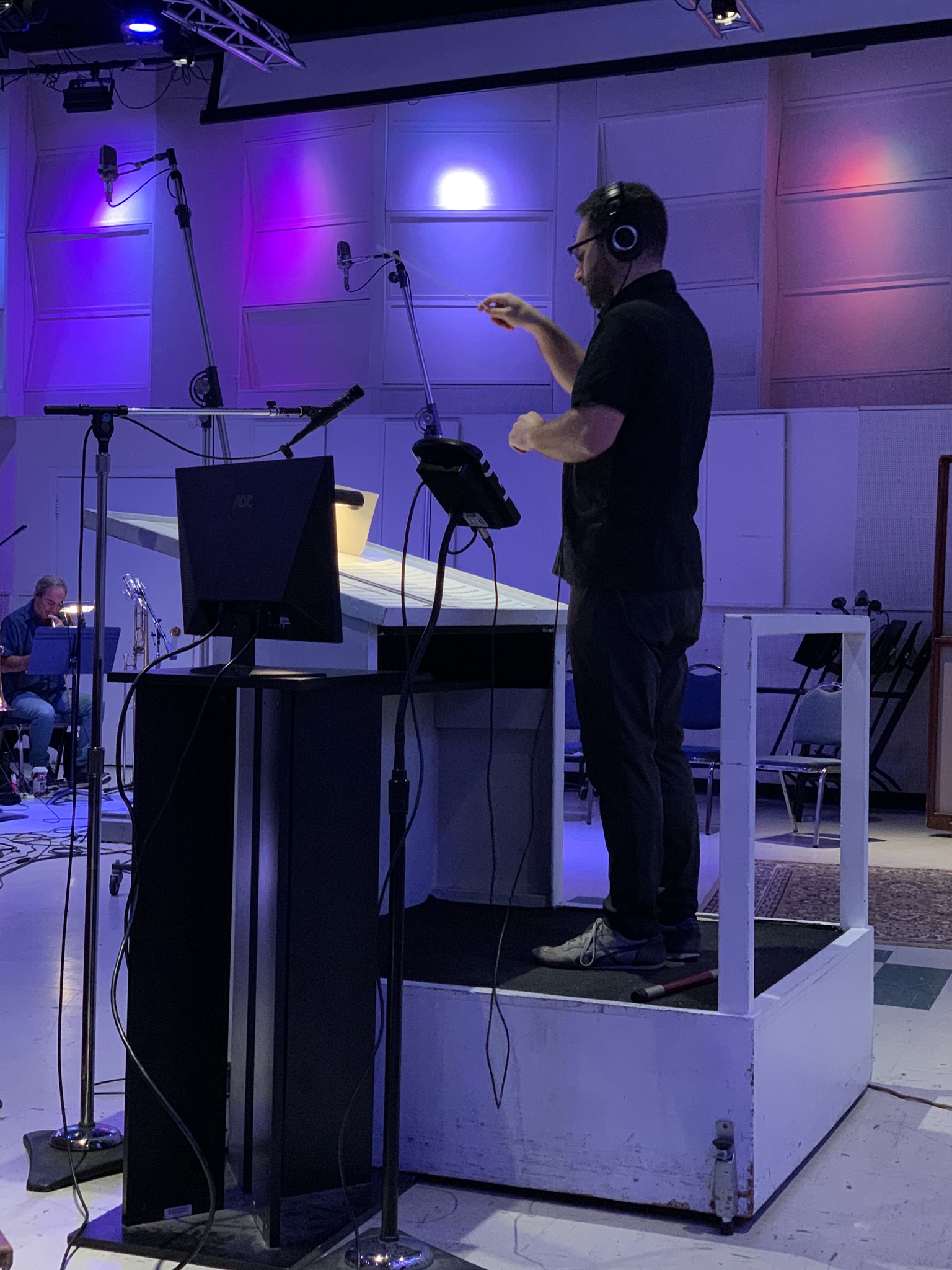 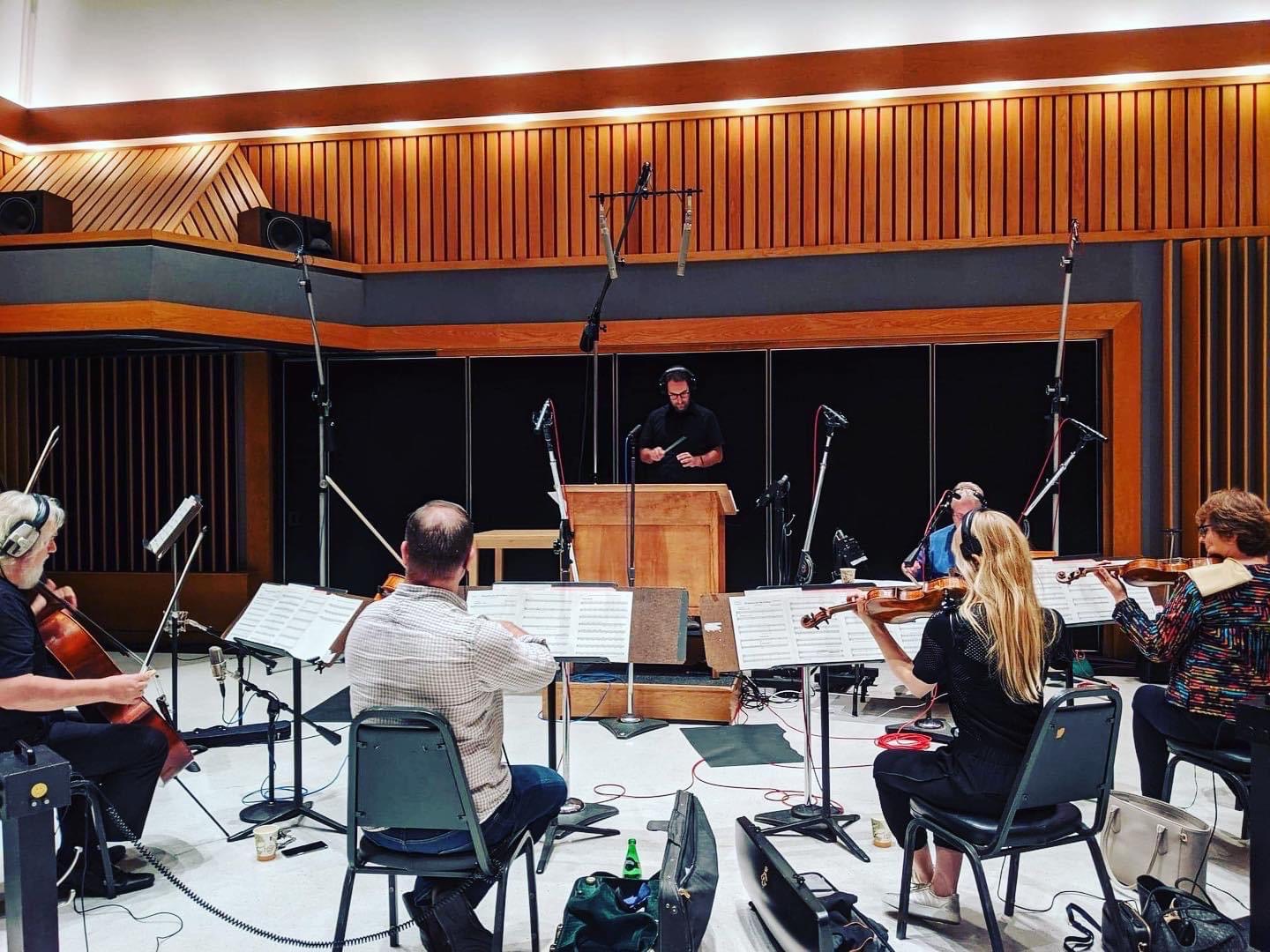 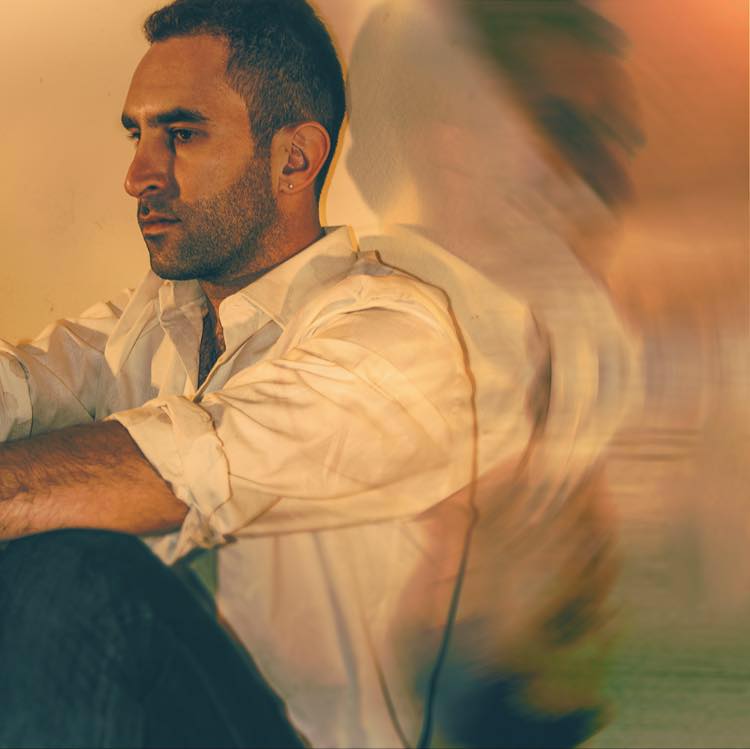 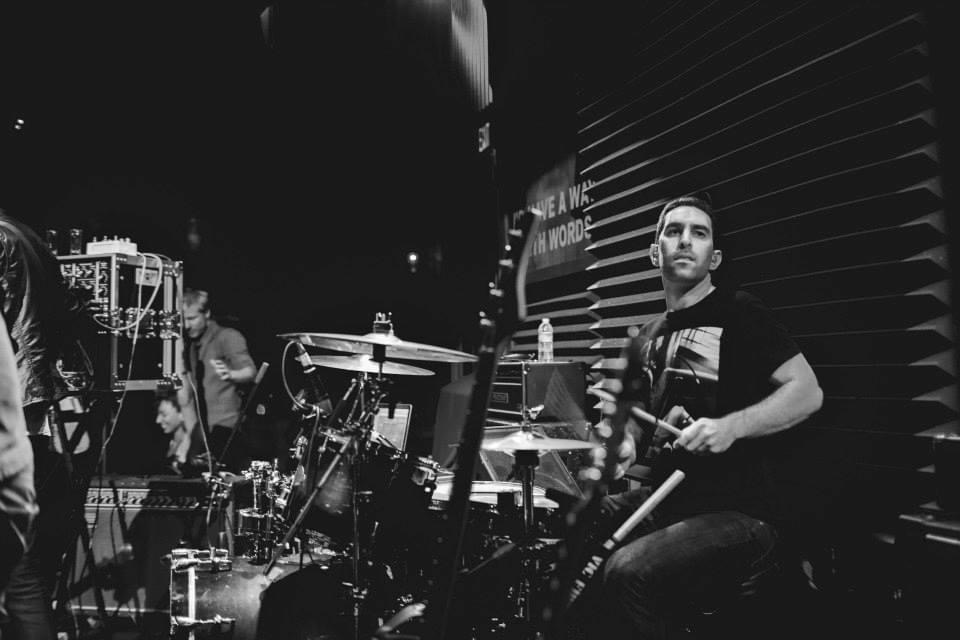 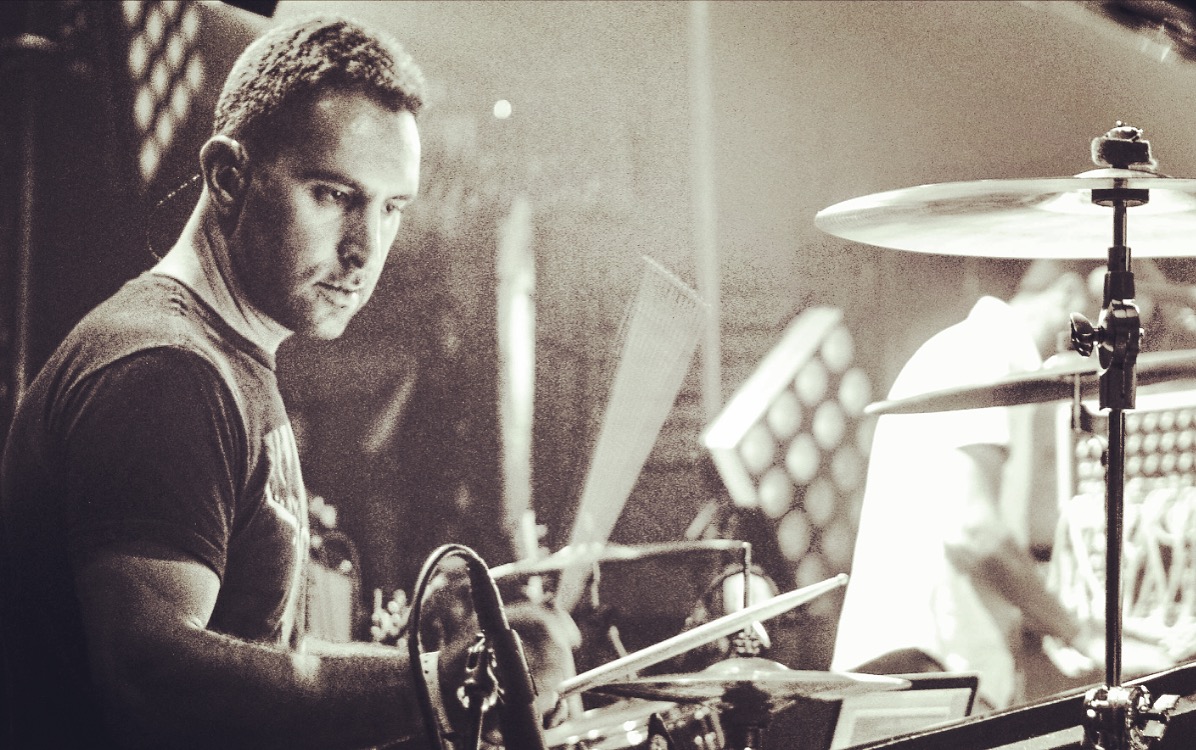