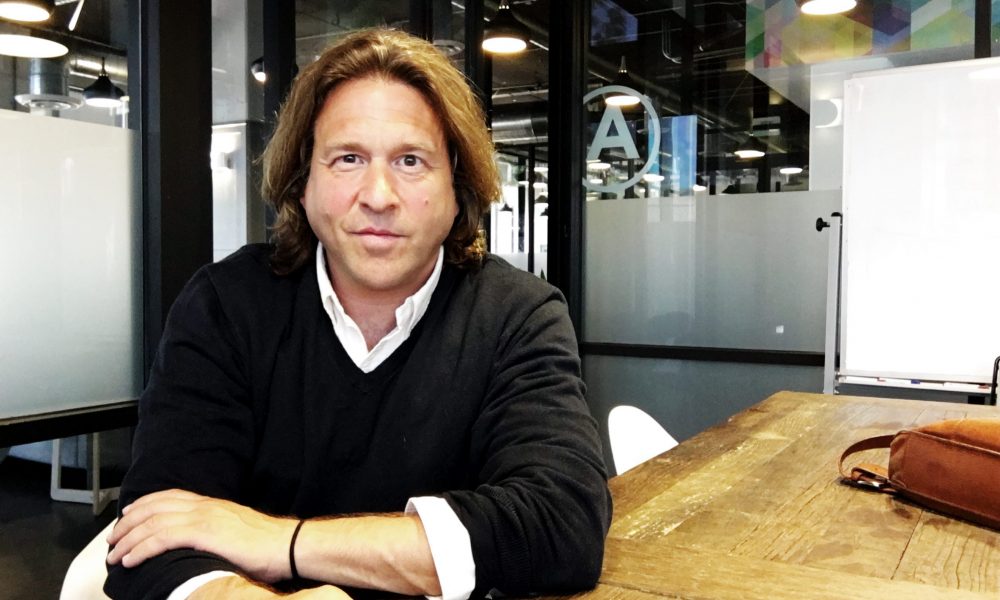 Today we’d like to introduce you to David Murdico.

David, can you briefly walk us through your story – how you started and how you got to where you are today.
When I graduated from The University of Southern California with a degree in English Literature, after having quit two other colleges across two states and travelled / partied cross country as the lead singer of a rock band, I roomed up with my favorite fraternity brother in Manhattan Beach, CA and decided I would enter the advertising industry.

I sent out 100 resumes to all the top players.

Given my twenty something years of crazy life experience, hilarious wit and before-my-time, hipsterishly ironic up-do long hair, the advertising industry would welcome me with open arms, right?

The thing is, they recognized 3 things:

1. Hipsters didn’t exist yet. I just had long hair.
2. I had absolutely no experience in advertising, communications, PR…
3. The agencies I applied to needed something called “a book.”

So it turns out that “A Book” contains actual examples of advertising work you’ve done, before you’ve started advertising.

I took work as a production assistant on lots of amazing commercials and TV shows – met stars, Super Bowl ads – the works. But my secret was that I wasn’t afraid to ask questions. I’d ask anyone – what does this do? Why are you doing that?

I was working as a production assistant for a guy who said something very important:

“If you don’t see the barriers in front of you, you just walk right through them.”

So, thinking as fast and smartly as Kim Schmidt, I decided my life dream was to start my own combination creative, commercial production, advertising, PR company, even though I had no experience in most of those things.

But that wouldn’t stop me – for about 15 years.

Jumping from Art Direction on an E! comedy TV show, I wrote a couple of the episodes, and started writing and performing in sketch comedy groups like “Sketch This,” and Something Smells Funny,” and other stage groups you’ve never heard of.

In both of those live shows, I wrote and filmed sketches that could be played to the audiences, on a monitor, instead of the usual music during set changes.

Social media started happening, and then it hit me – “funny videos for businesses.”

Our first client was IBM. They saw the tide coming.

We made a funny video for IBM.

So, it took me quite a few years, but I can say I’m actually running my dream of a creative, commercial production, advertising, PR company.

And the most bestest part – I’ve been invited to guest lecture to master’s classes at my Alma Mater, USC on several occasions – on topics ranging from social media to video, to future career opportunities for graduates.

We’re always bombarded by how great it is to pursue your passion, etc. – but we’ve spoken with enough people to know that it’s not always easy. Overall, would you say things have been easy for you?
Our road was so smooth, man. We just went from there to here and then creamy peanut butter and marshmallows…

No! It’s been a ridiculously coarse road, That’s the opposite of smooth, right?

We started at about the exact time YouTube started.

Selling video for businesses was a challenge but we KNEW there was an opportunity.

We had our heads SO wrapped around this idea, but even the marketing community wasn’t getting it yet.

I think the biggest struggle was going through the transition of marketers trying to differentiate Supercool Creative Agency – an online video production and marketing agency – from their agency of record or their nephew of record, Bill – Bill with the iPhone.

The new frontier of online video and online marketing in general isn’t about the camera, or the quality of the content – it’s about the IDEA – and what you do with that content that drives downloads, likes, engagement and ultimately sales.

It’s all about sales.

So, as you know, we’re impressed with Supercool Creative – tell our readers more, for example what you’re most proud of as a company and what sets you apart from others.
Supercool Creative Agency started as an online production company, with the goal of making FUNNY VIDEOS for businesses. My background was in production and comedy writing, so I teamed up with my business partner and father, Vince Murdico, who had been consulting for some of the largest brands in the world, including the LA Clippers, Arco and even the entire country of Morocco. Seriously, the entire country would gather and Hookah and listen to his words of biz wiz.

Big brands and agencies were used to making the occasional humorous ad, but we were like “how do we go about creating that sort of ‘F++k that’ edgy content Saturday Night Live only wished they could do for brands.”

What sets us apart from others? We WANT to be funny. We can do the serious, meaningful stuff that tugs the heartstrings but…. OMG that’s so F-ing depressing.

We’d rather have a laugh – even with a serious issue.

Look on the lighter side.

What I see in the future will be a bigger spend on paid social media – advertising on Facebook, YouTube, Instagram, LinkedIn and whatever comes up – but also a diversification in influencer spending where rather than paying 100k to one YouTuber with a huge following, yet maybe less-than-adequate interaction, we’ll move towards spending smaller amounts across MANY influencers who are HIGHLY engaged and can drive action.