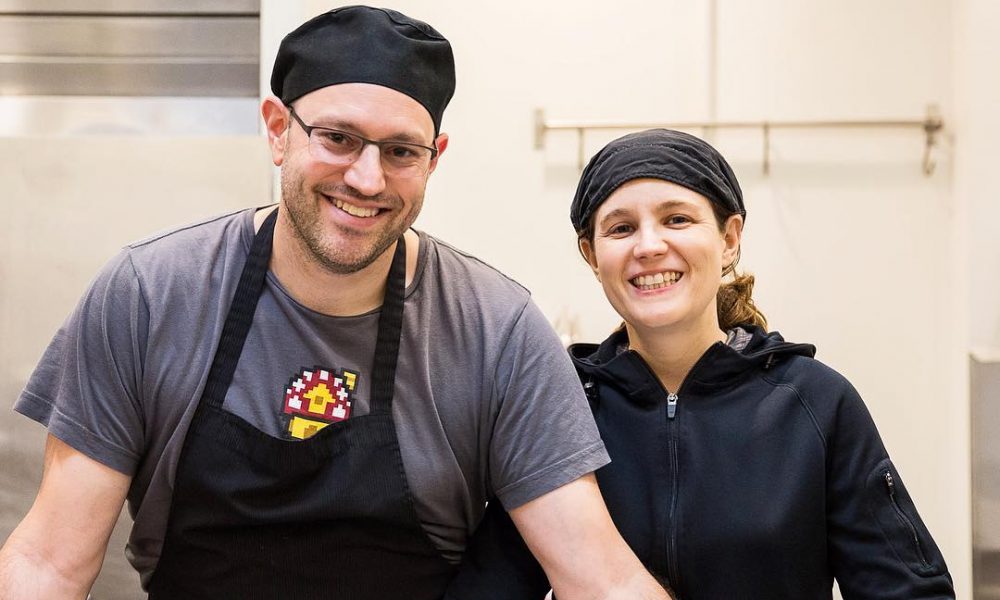 Today we’d like to introduce you to David Menkes.

David and Corey started out as chocolate bloggers in 2011, with the bean to bar blog Little Brown Squares where they reviewed and photographed craft chocolate from around the world. Also in 2011, they visited their first cacao plantation in St. Lucia. Armed with a pound of cacao beans and a mortar and pestle, the couple began making tiny batches of bean to bar chocolate in their home kitchen. Soon their entire apartment was overrun with machines whirring 24/7. Eventually their landlord told them to move everything out, so they found a shared commercial kitchen right down the street. A little over a year later, and the kitchen went up for sale, and the couple bought it.

LetterPress Chocolate now has a retail shop on Robertson Blvd in West LA, where they offer tastings and education to visitors near and far. Their little company has won several prestigious awards for their chocolate and packaging, including the Good Food Award, the Sofi Award, the International Chocolate Award, and the Academy of Chocolate Award. The company is still small – they produce around 2500 bars of chocolate a month – but it is their focus on craftsmanship and quality that keep customers coming back.

Great, so let’s dig a little deeper into the story – has it been an easy path overall and if not, what were the challenges you’ve had to overcome?
Two moments come to mind. One was when we nearly burned down our apartment when one of the grinders seized at 3 o’clock in the morning and started smoking, filling the house with a burnt plastic smell that took days to dissipate. The other was when our landlord found out we had an entire chocolate factory in our apartment and told us to move everything out. In both cases we could’ve given up, but we didn’t – and have grown exponentially as a result!

Alright – so let’s talk business. Tell us about LetterPress Chocolate – what should we know?
LetterPress has always been about quality. We know that there’s a tendency in the industry to grow as much as they can as fast as they can, and that’s just not us. There are tons of chocolate bars out there for $1, and now quite a few for even $7. But we’d rather focus on smaller batches that are absolutely perfect. We also deeply care about the environment and the impact we can have on farmers who also care about quality over profits. Each and every bean we source has been vetted for its environmental, social, and flavor qualities. We’d rather work with smaller projects that produce fewer beans but at a higher quality. The results speak for themselves.

So, what’s next? Any big plans?
We are quickly becoming known as one of the best chocolate makers in the country, and we’re hoping that we can play some small part in the flowering food scene here in LA.