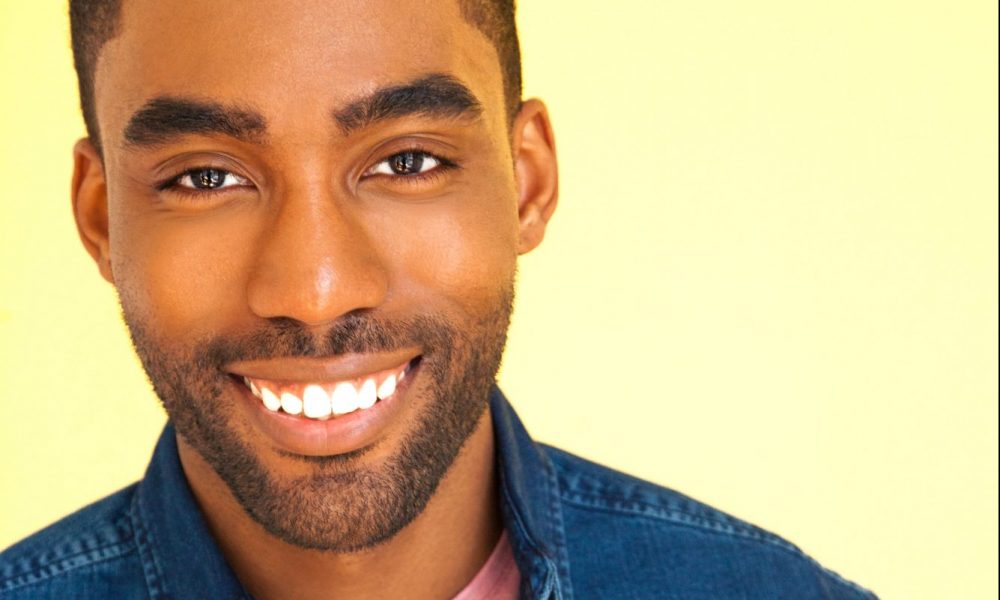 Today we’d like to introduce you to David A. Madrick.

Thanks for sharing your story with us David. So, let’s start at the beginning and we can move on from there.
As a child, I knew I wanted to be in entertainment. I was set on becoming a vocalist because of how deep music ran in my family. My grandmother was a semi-classically trained vocalist whose roots were deep in Gospel and my father is self-taught seven instrumentalist musician. I carried that dream of music into high school where I became the lead singer in the chorus for all four years. In college, I became president of the campus Gospel choir while also balancing a professional modeling career. Then, I just threw myself into acting and it just stuck. It came naturally to me. I knew this is what I was supposed to do because of how it flowed, I knew my steps were being ordered.

Overall, has it been relatively smooth? If not, what were some of the struggles along the way?
With everything you do life, it has its challenges but when you are living in purpose, those challenges are seen more like a test that I must pass so I can go on to the next phase of my journey. To whom much is given, much is required so I welcome the challenges because I know God has never left me to suffer for too long.

What caused me to leave the Big Apple for Hollywood was me hitting a dry spell. Sometime in the early part of 2018, I felt like my time was up in New York. God actually is the one who orchestrated me going to Los Angeles. I cannot explain the feeling, but the Lord told me to land in Los Angeles by January 5th. I did everything I could to not go, I auditioned heavy and would receive numerous callbacks, rave reviews but didn’t book any jobs, not one job, that would have me in New York after January 5th. At the end of 2018, my talent manager had randomly dropped me and I was on my to Los Angeles with just God in my side.

I landed in LA and had six theater auditions within the first week I was here, and 2 callbacks but no bookings. My third week I woke up to a text from a friend, who informed me a boutique manager was looking for African-American actors who can play between the ages of ’20s-’30s based in Los Angeles. I thought that was just so specific, I knew God was in the mix somehow. So, before my meeting with a commercial agent, I sent in my stuff and in a matter of an hour, my manager and I talked, we clicked, my gut said yes. So, we began to work together.

So, four days before my 1-month mark, I go into the ABC office to have my one of my first Television auditions for the role of Dr. Collins in Blackish. I literally walked in, prepped myself, auditioned- felt amazing about it and left. In a matter of four hours, my manager called and said I booked it. I had booked a Network television credit within less than a month of being in Los Angeles. Only God could have set that up because if he didn’t tell me to come, if he didn’t let me know my time in NYC was temporarily expired, if I didn’t listen — I would have not been in that room.

Please tell us more about your work, what you are currently focused on and most proud of.
I am a professional storyteller and I get to live out multiple lives through the characters I get to play on screen.

I have studied at Humanity Studios and Primary Stages, New York-based acting workrooms, where I’ve trained with Shae Dylan and Geoffrey Owens.

I have been so blessed to work on some amazing projects such as The Jump-off, a short film by Award Winning Director Jovan James and award-winning Director of Photography Elegance Bratton which screened at 2016 Urban World, the award-winning web series Mistakes, the Lifetime movie High School Lover and Pretenders Directed by James Franco, Off-broadway debut as Herman in the main-stage Hip-Hop musical Ms. Estrada at The Flea Theater, the Tough Love web series that was nominated for Outstanding Digital Daytime Drama Series at the 2017 Daytime Emmy’s and my biggest to date, ABC’s Black-ish playing opposite of Tracee Ellis Ross and Andy Daily

What sets me apart? My discipline, my faith and desire to constantly be a student. That’s also what I am presently really proud of: my ability to stay focused on the goal and doing what I need to do to get me where I want to be.

What is “success” or “successful” for you?
Success for me is more internal than it is external because I have had goals for what I want/need from my career as an actor and every time I check off my goals, I have to develop more because my career is constantly evolving.

So, success for me is about being at peace with the ebbs and flows that come with working in the entertainment industry. Building myself up enough to make a comfortable living so that I am in the mental and spiritual place needed to constantly perfect my craft so I am delivering performances rooted in excellence. I know the plan I have for myself but I know God’s plan for me is bigger than anything I could ever think of so it’s important that I am always in a place to hear him.