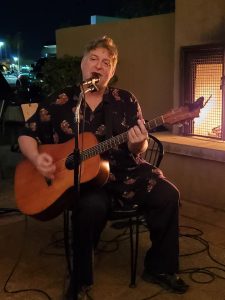 Today we’d like to introduce you to David Grossman.

So, before we jump into specific questions, why don’t you give us some details about you and your story.
I knew what I was going to do at a very young age. I just had no idea how it was going to happen. I started writing and recording original songs at ten years of age in The San Francisco Bay Area. Started performing in cafes and clubs at 14 years old.

Not much has changed. I still perform in restaurants, bars, and cafes for the most part. I am now 54 years old and have written and recorded over 250 original songs. A few have been on TV shows and a few in films. The most recent movie to have my music in it is a David Kronmiller film called  Boris And The Bomb, a kung fu nelear comedy that has more action and laughs than plot and is quite popular out of the gate. This film has four of my songs recorded 40 years ago. You just never know. Hang around long enough and the world might catch up…one never knows.

At present, we are all quarantined and I am performing online. About two years ago, I began to record original songs on my sofa and call them Sofa Songs. Also started recording all the songs that influenced my life..quite a few….and call them Couch Cover Songs. They are all on YouTube. You can hear me perform guitar/vocal 0r “campfire” versions of everyone from Eminem to Leadbelly. I do a LOT of cover songs as well as my own music and it has been quite fulfilling from an artistic standpoint.

When not quarantined, I perform Sunday nights at The Dresden in Los Feliz. I ‘ve been there a dozen years. Began in a trio called The Drinks with bass player Tommy Vicini and singer Rich Dunne… but as Neil Young has said…rust never sleeps… health issues and some dissent over the gig itself left me there performing solo the last three years. I enjoy performing with others or solo. It is all about music. Other musicians I have performed with in LA include Johnny Kempt, an amazing performer who moved back to New Zealand when his visa ran out, Magic Kramer, who played guitar for the late great Ray Charles, and so many more the list would fill many pages. I’d like to mention film maker Emmett Loverde who also has included my music in the films he creates here in Los Angeles as well.

Have I always made a living from music alone? Not at all. I have had many other jobs over the years but music has held my life together.

If you want to hear my original songs, please visit my Bandcamp page…
https://davidshepherdgrossman1.bandcamp.com/music

For original Sofa Songs performed on a sofa:
https://www.youtube.com/playlist?list=PLmZGJ2VHu0CgfKp7sHEwljHe7sYidwdmw

All of these can be accessed free of charge.

Has it been a smooth road?
There have been many hurdles along my path stemming from years of rejection. Having been adopted very young, I never met my parents which sort of left a gap in my identity. My adopted parents did not have a long nor a happy marriage. I spent years in and out of jails and prison and mental institutions. It has been almost 20 years since I have seen any of those places and hope that part of my life is over.

Alright – so let’s talk business. What else should we know about you and your career so far?
My business is set apart from all others in that it has never really made any money nor has that been the objective. Find another business with promoting artistic expression as it’s objective regardless of the money it brings in and I’ll want to help. Having never made much money in life, one begins to focus on the better things about living if one wants to enjoy the very limited time we have here.

Let’s touch on your thoughts about our city – what do you like the most and least?
My favorite thing about LA is all the creative people who are obsessed with getting their ideas produced and shared with the world.

My least favorite thing are all the creative people who seem to want to communicate one way. There are more mouths and ears in Los Angeles, at least that has been my observation. 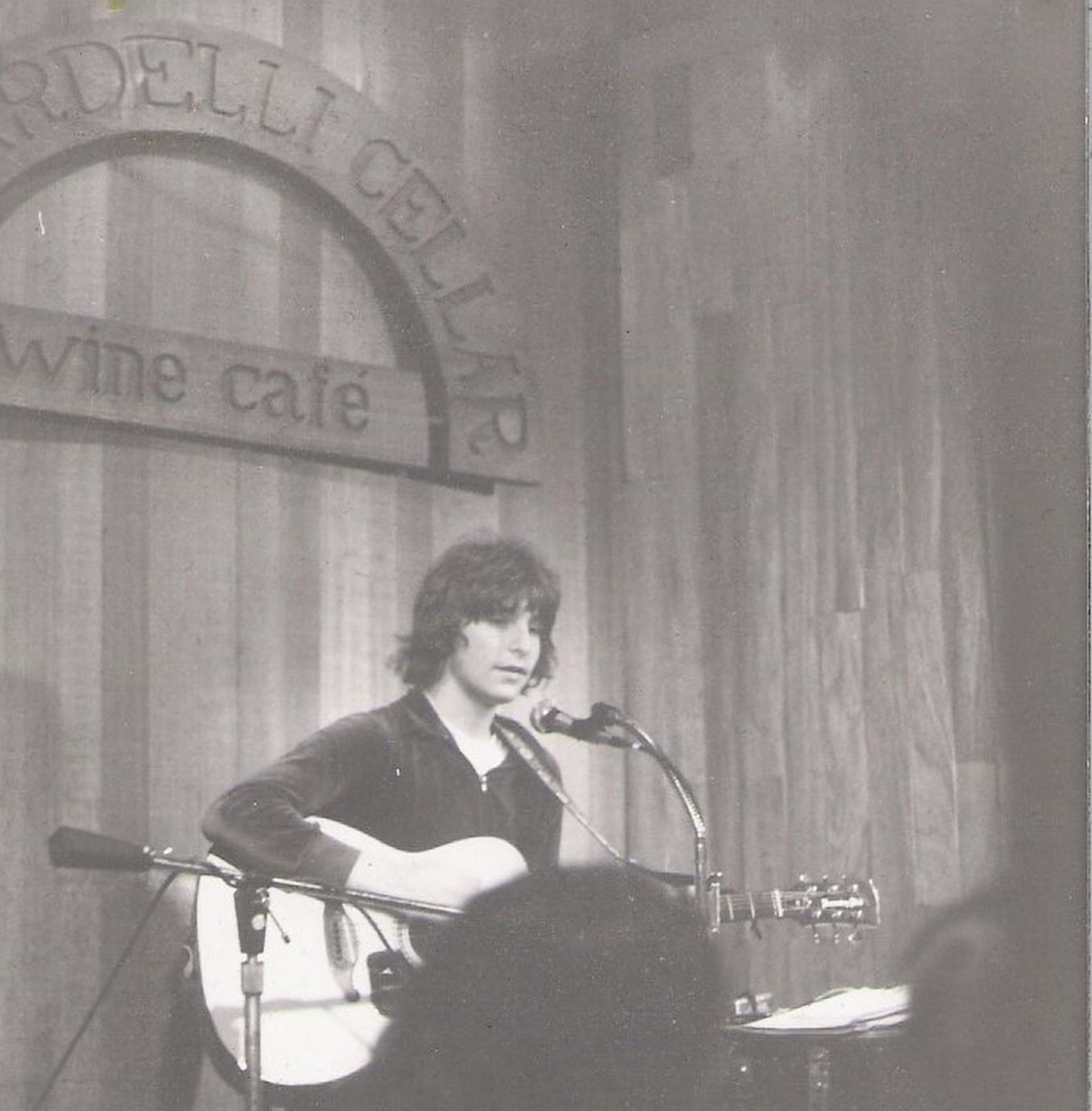 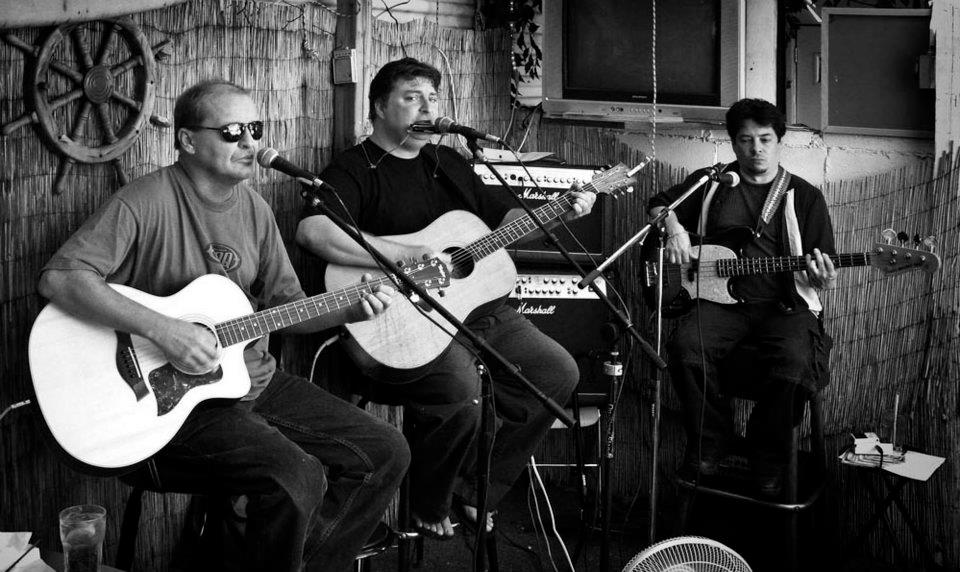 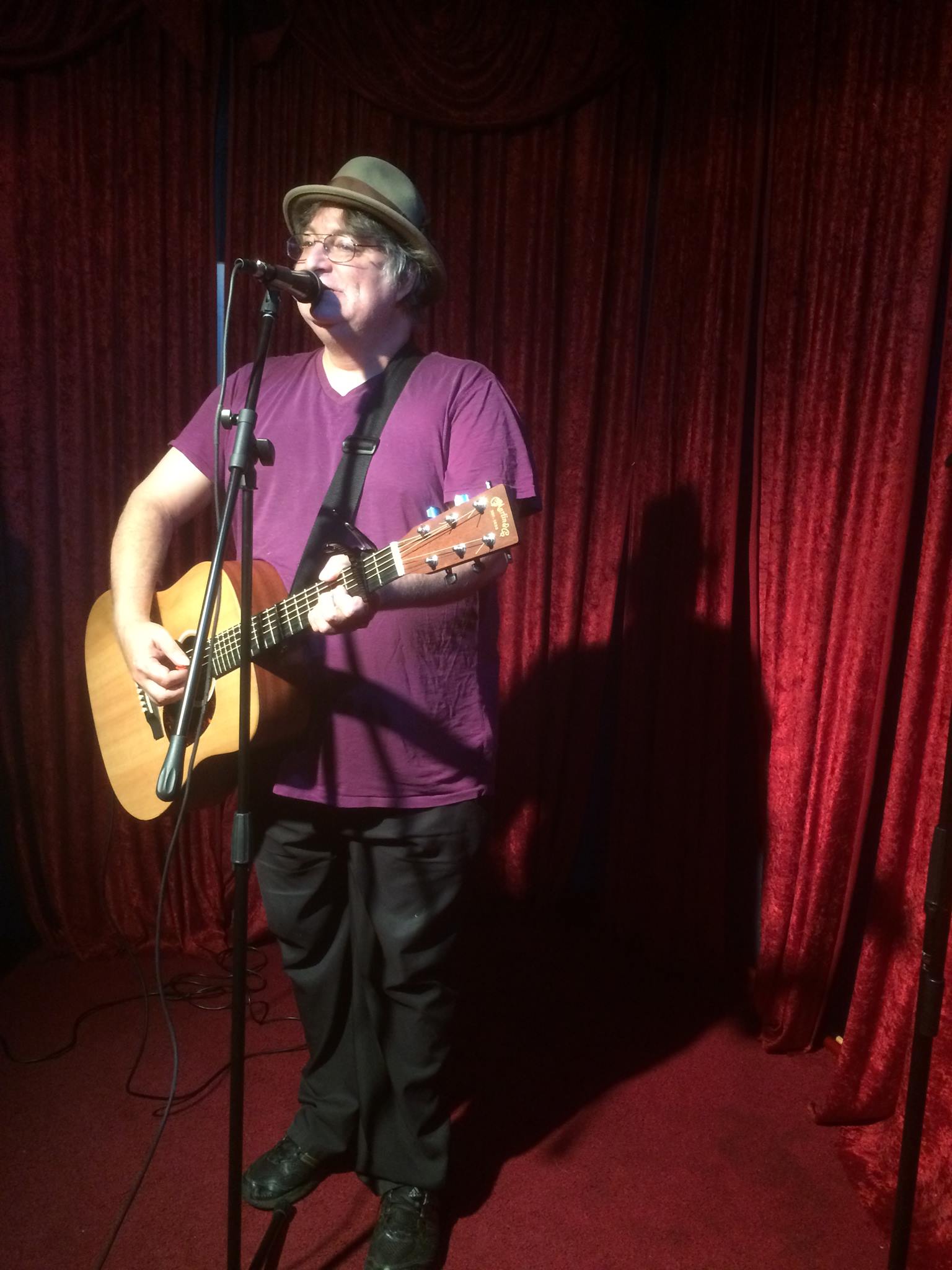 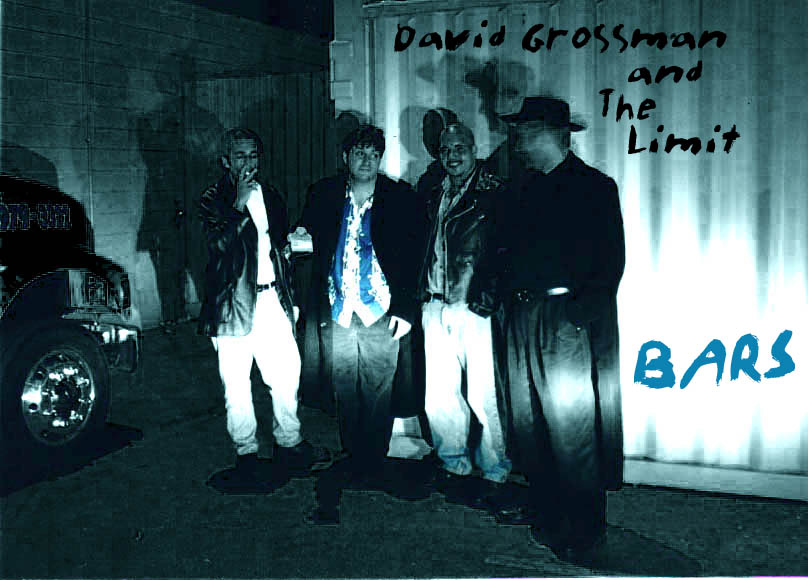 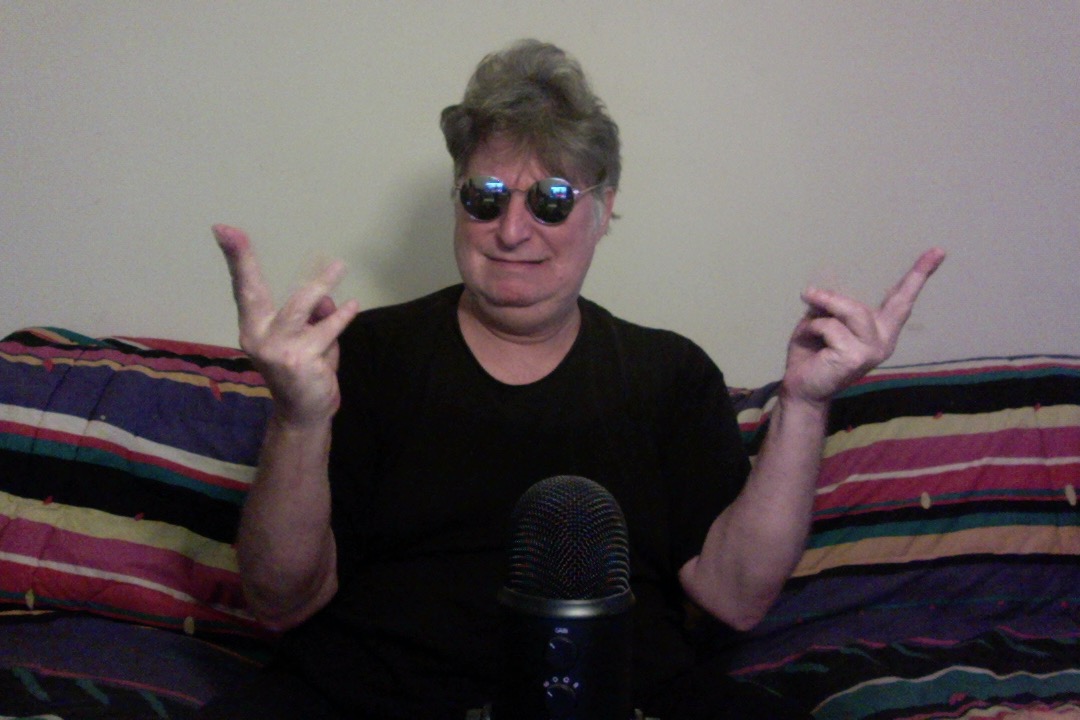 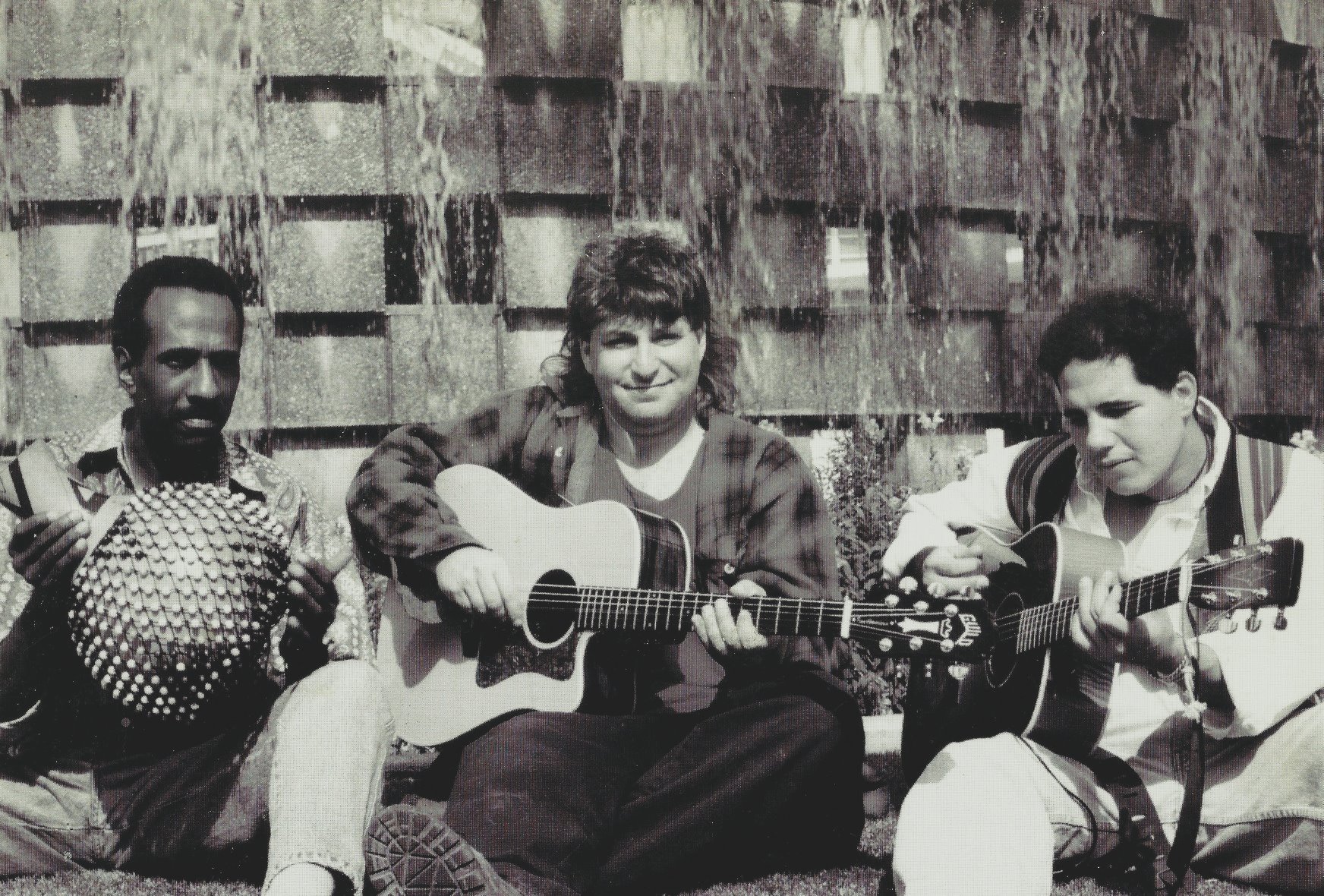 Image Credit:
Top picture is of The Drinks. This Rich Dunne, Dave, and Tom Vicini performing at the old Oyster House on Saturdays. We did that gig for over 10 years! Next picture is of The Limit. This band performed on many original songs. Left to right: Greg Lisi, Dave Grossman, Jason Montero, Johnny Kempt. The next picture is of David performing at The Dresden in Los Feliz…(every Sunday night) Pic 4 is a shot of me performing at The Cork on Van Nuys. The Cork just went out of business. Pic 5. is of a trio I performed in for a decade in Arizona. From left to right – The late great Joe Frost, Dave, Jason Montero. Pic 6 is of me at 15 years old performing live at The Ghirardelli Wine Cellar in San Francisco…by birth place… Pic 7 is me on the sofa or couch – depending on what kind of song I’m singing….recent shot.