Meet David Gale of We Are The Mighty 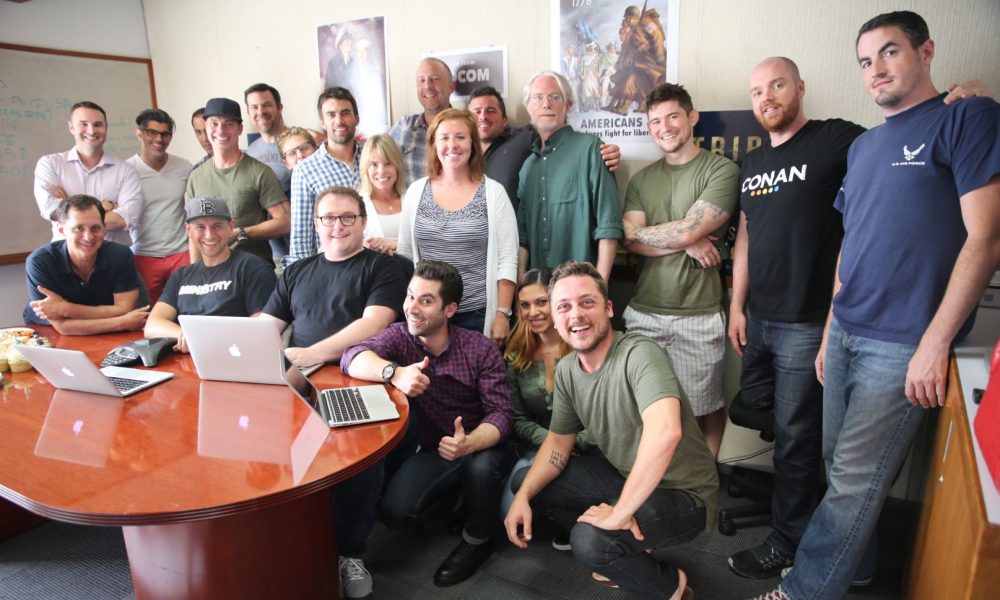 Today we’d like to introduce you to David Gale.

David, please share your story with us. How did you get to where you are today?
I grew up on the East Coast loving all things related to entertainment (music, movies, TV, and theater) but I had no idea that I could have a career doing something that also seemed like a lot of fun. So after college (Stanford), and law school (NYU), I decided to use my legal degree as a pathway to becoming a movie producer. My first job in LA was as a business affairs executive at ICM talent agency, negotiating deals for clients like Ridley Scott and Gale Anne Hurd (producer of Terminator, Aliens and The Walking Dead).

My next two jobs were working for Ridley as an executive and then as the president of Gale’s production company. Gale was an amazing mentor and allowed me to earn my first producing credit on a film called “Safe Passage” with Susan Sarandon and Sam Shepard. I spent four years running her company and learning how to be a movie producer which led to my position running MTV’s newly formed feature film division. It was a great opportunity to build something from the ground up, with an iconic brand and company like MTV supporting my efforts.

I spent 11 years overseeing MTV Films where we made or acquired 27 films like “Election,” “Beavis and Butt-head Do America,” “Varsity Blues,” and “Napoleon Dynamite,” and then I spent another 7 years running MTV’s creative teams on the digital side just as Google, Facebook and Netflix were getting started. That was a transformative time in entertainment and there were many disruptions and challenges facing traditional media and many opportunities to take advantage of the changing landscape. After 18 years at MTV, I felt it was the right time to take my experience in media and entertainment and go out on my own.

MTV taught me the power of building a brand, and as the son of a WWII vet, I loved the idea of starting a media brand focused on the military community and harnessing the commitment veterans feel for the country into meaningful and purposeful careers in the entertainment industry. So in 2014, with my co-founder Linda Alexander (a former MTV colleague), we raised the money to launch We Are The Mighty.
We’re always bombarded by how great it is to pursue your passion, etc – but we’ve spoken with enough people to know that it’s not always easy. Overall, would you say things have been easy for you?
Every career has challenges, but building a start-up is in a league of its own. Not only must you invent something that didn’t even exist, you must take a group of people who have never worked together and develop them into a passionate, functioning, hard-working team. You also need to raise money, get to profitability and handle new challenges daily, all while being creative and faced with the never-ending changes in media, advertising and technology. But unlike other jobs, this one also has rewards every single day–no matter how great the struggles.

Working with veterans and making a difference in the lives of people in the military community is something that motivates me beyond the obvious possibility for financial gain. There are no certainties in one’s career, but having a passion for what I do has helped me overcome almost every fear and makes the path rewarding in and of itself.

So let’s switch gears a bit and go into the We Are The Mighty story. Tell us more about the business.
First and foremost, we are a multi-platform entertainment company founded to create authentic, entertaining, inspiring content unique to the military-veteran experience.

With this mission, we are able to connect service members to one another, allow them to share their memories, reflect on their service and honor those who serve, and to tell these stories to the American public on our platforms and through film and tv. Our website and social platforms publish original articles and videos that have a reach of tens of millions a month and we do innovative marketing campaigns for clients like Honda, Microsoft, Monster Energy, Harley Davidson, USAA, Paramount Pictures, Netflix, and Amazon.

We are developing feature films and television shows, with veterans engaged in all aspects of the creative process and with unique access to the military. Our first series, “Meals Ready to Eat,” launched on KCET and DirecTV last fall, and we sold our first documentary feature, “Searching for Bergdahl,” to Blumhouse, one of Hollywood’s most successful independent production companies.

Some of our other projects include: “Ten Weeks,” a tv series about Army Basic Training (with access granted by the Army for the first time in almost two decades); “Four Stars” with a well know actor’s production company, where we explore the distinguished careers of Four Star Generals and Admirals; and feature films ranging from action-thrillers, true-life inspiring stories, to horror and music. There is no genre we won’t pursue because we want to change the narrative about veterans being only “broken” or “super-heroes.”

I am most proud of our amazing team of veterans, a new generation of storytellers, who have come together to use their creative energy and their commitment to service to begin breaking down stereotypes.

Has luck played a meaningful role in your life and business?
I think everything in life has an element of luck–I usually call it “serendipity” when there has been an uncanny timing of getting what I have needed just when I need it. Of course, that doesn’t happen every time. But with We Are The Mighty, this serendipity has come from a lifetime of relationships.

I believe when you treat people well and develop trust during your career, people will look out for you and help when you need them. Call it “luck” or “serendipity” but it feels good when it happens. 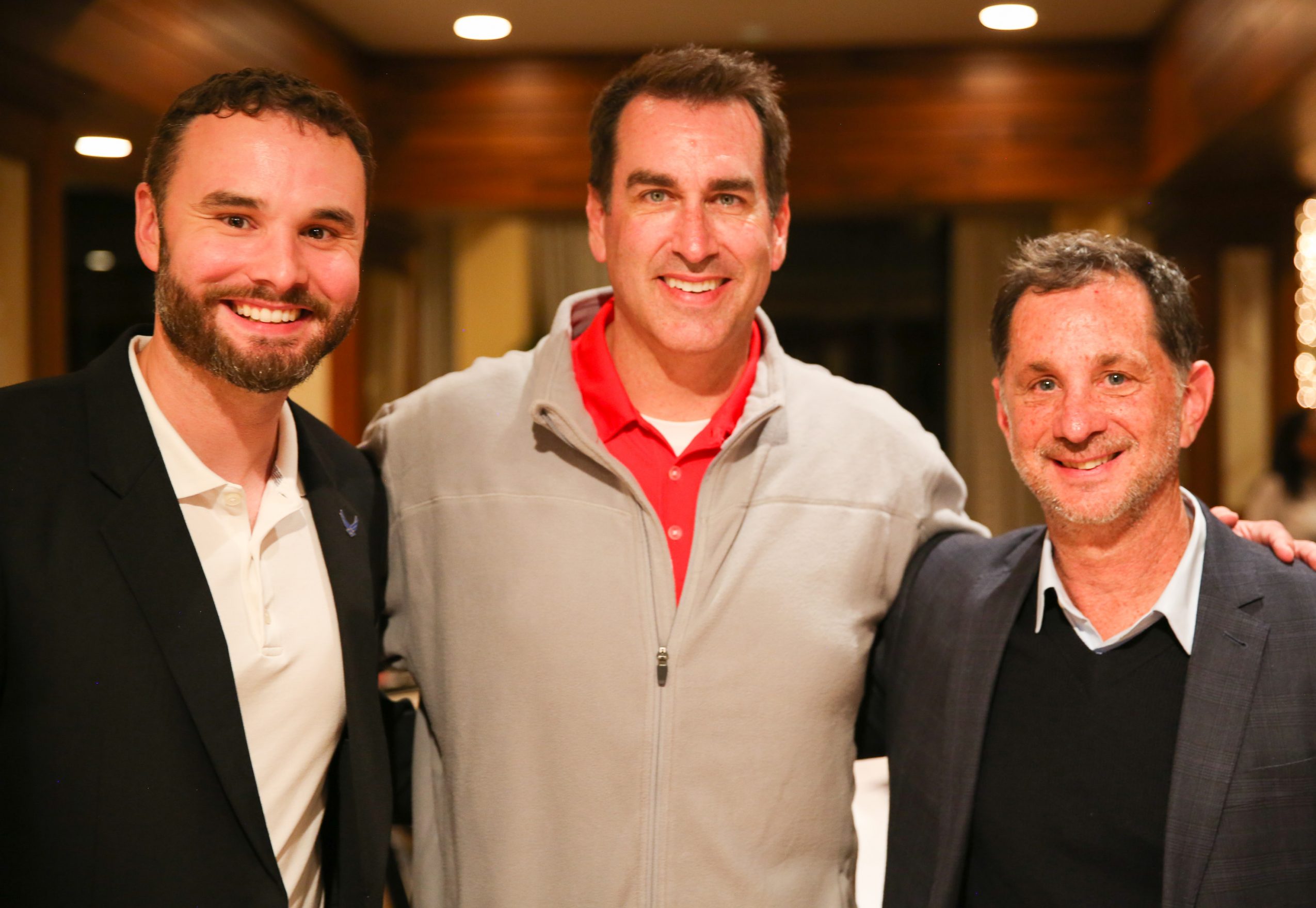 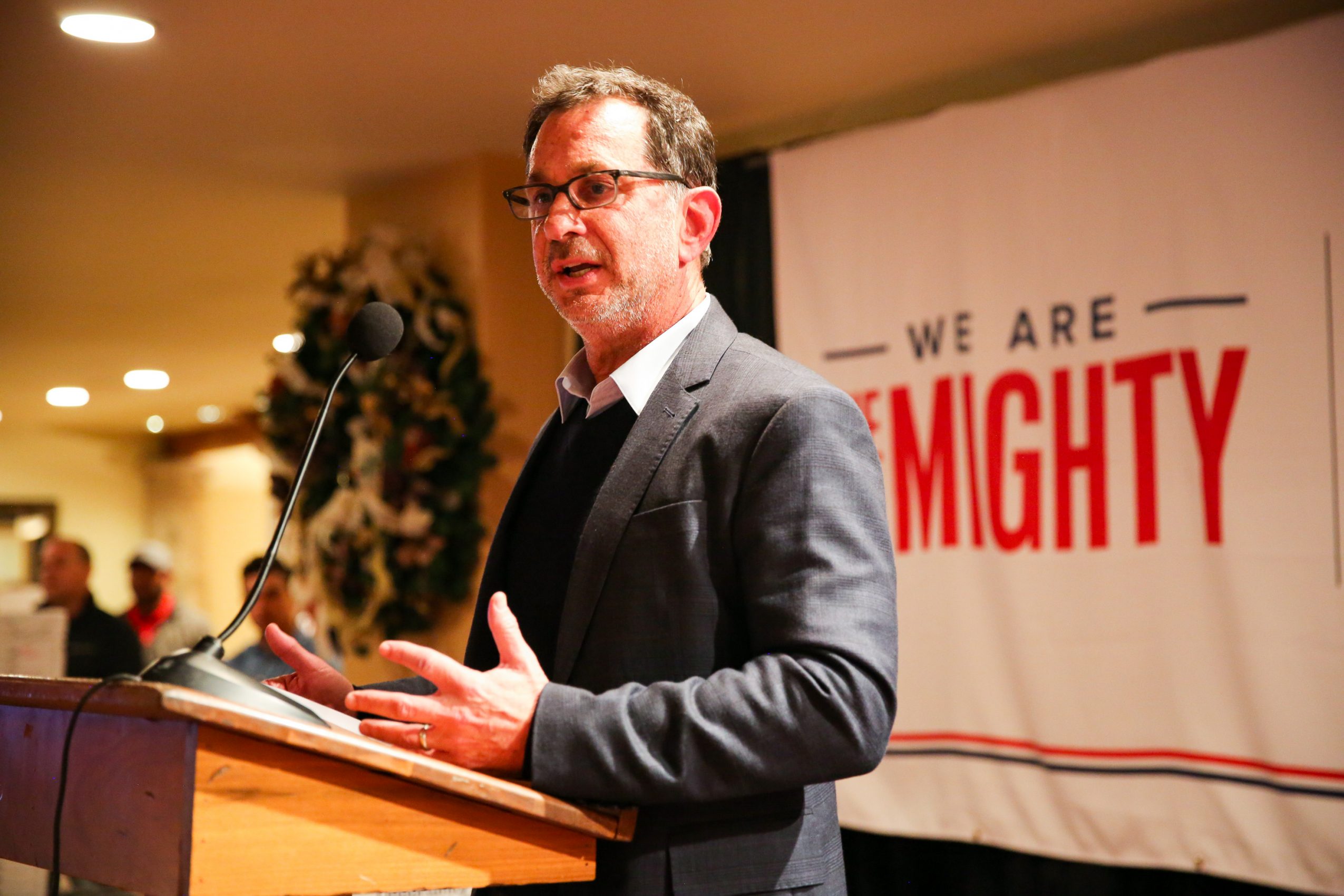 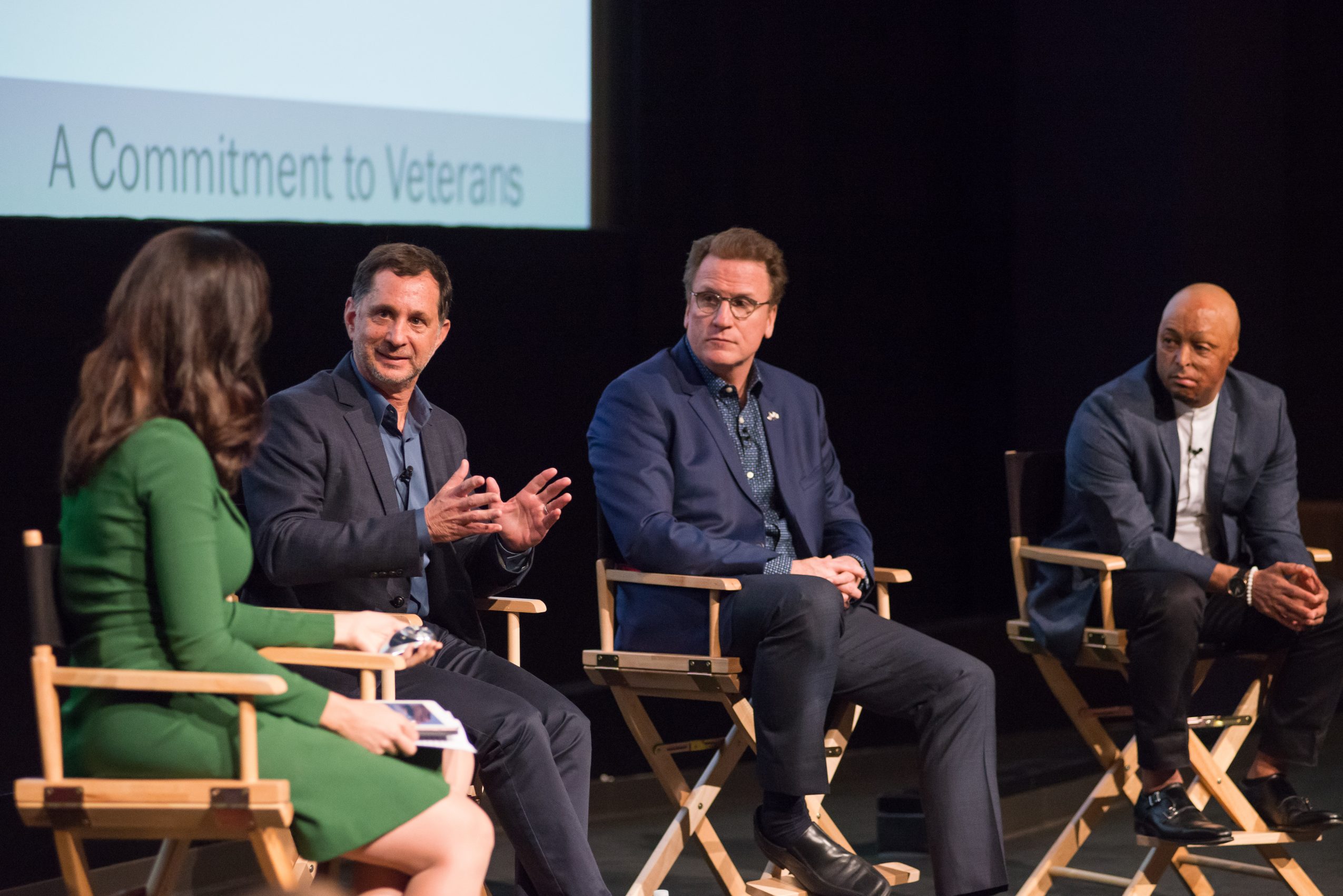 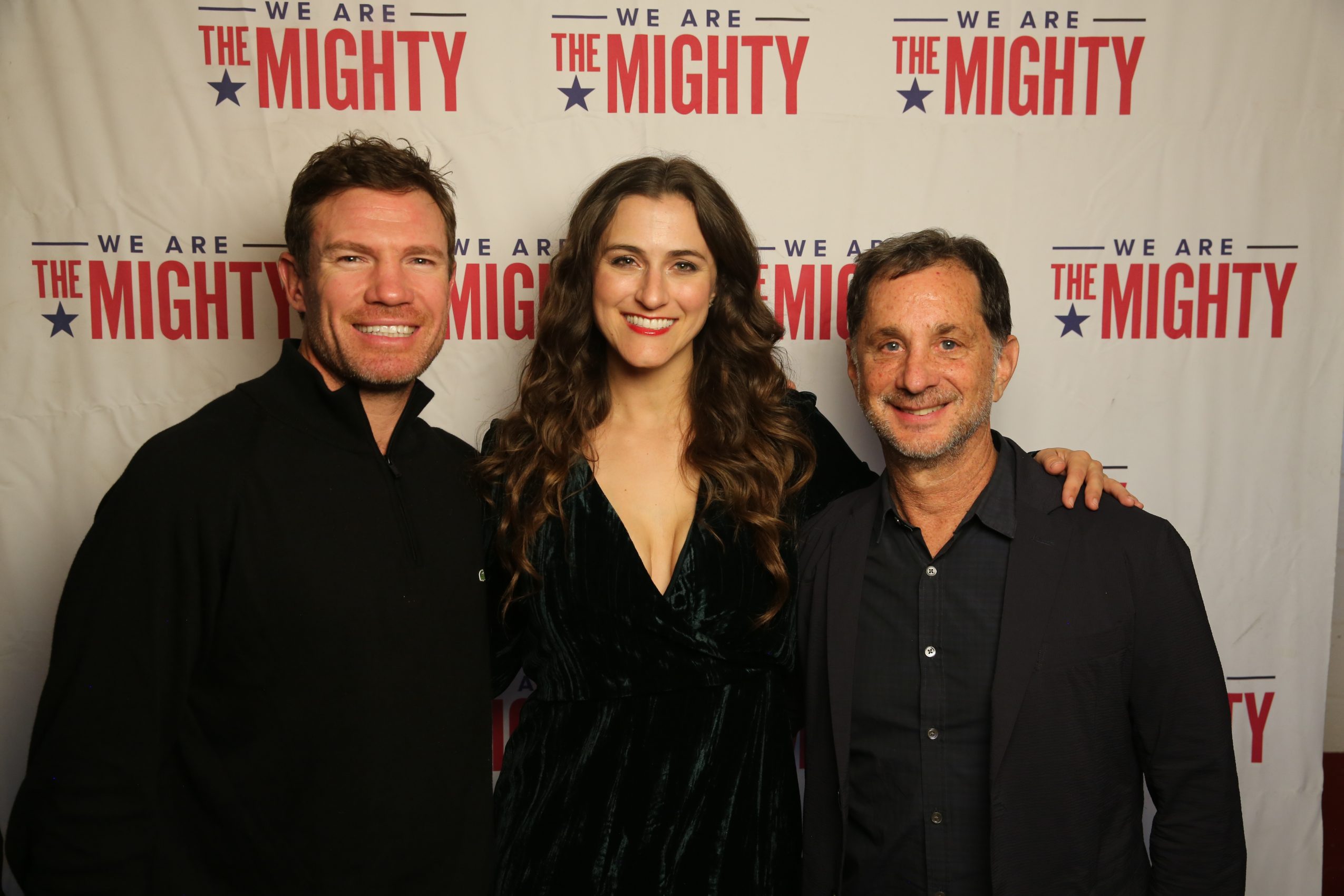 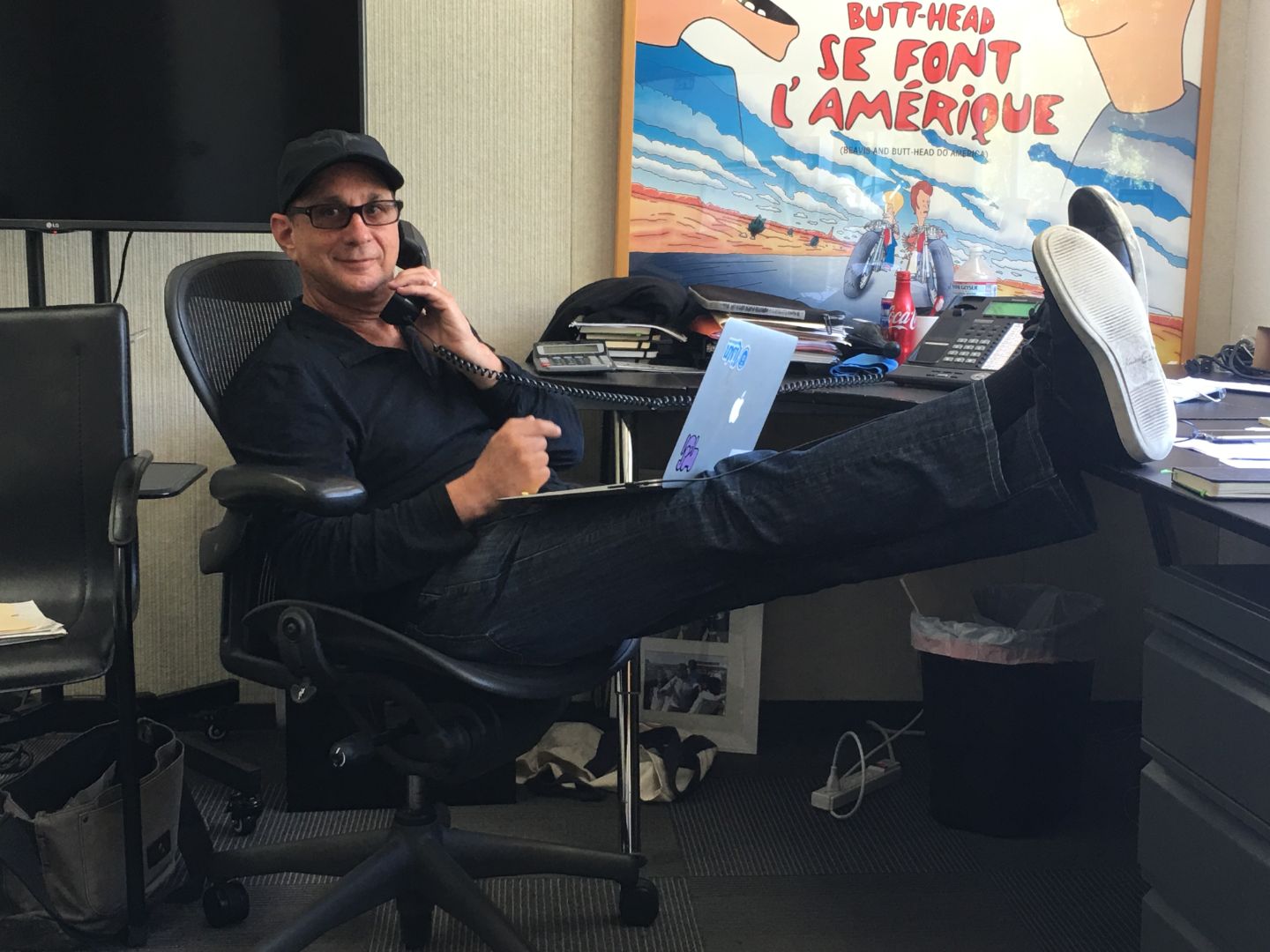 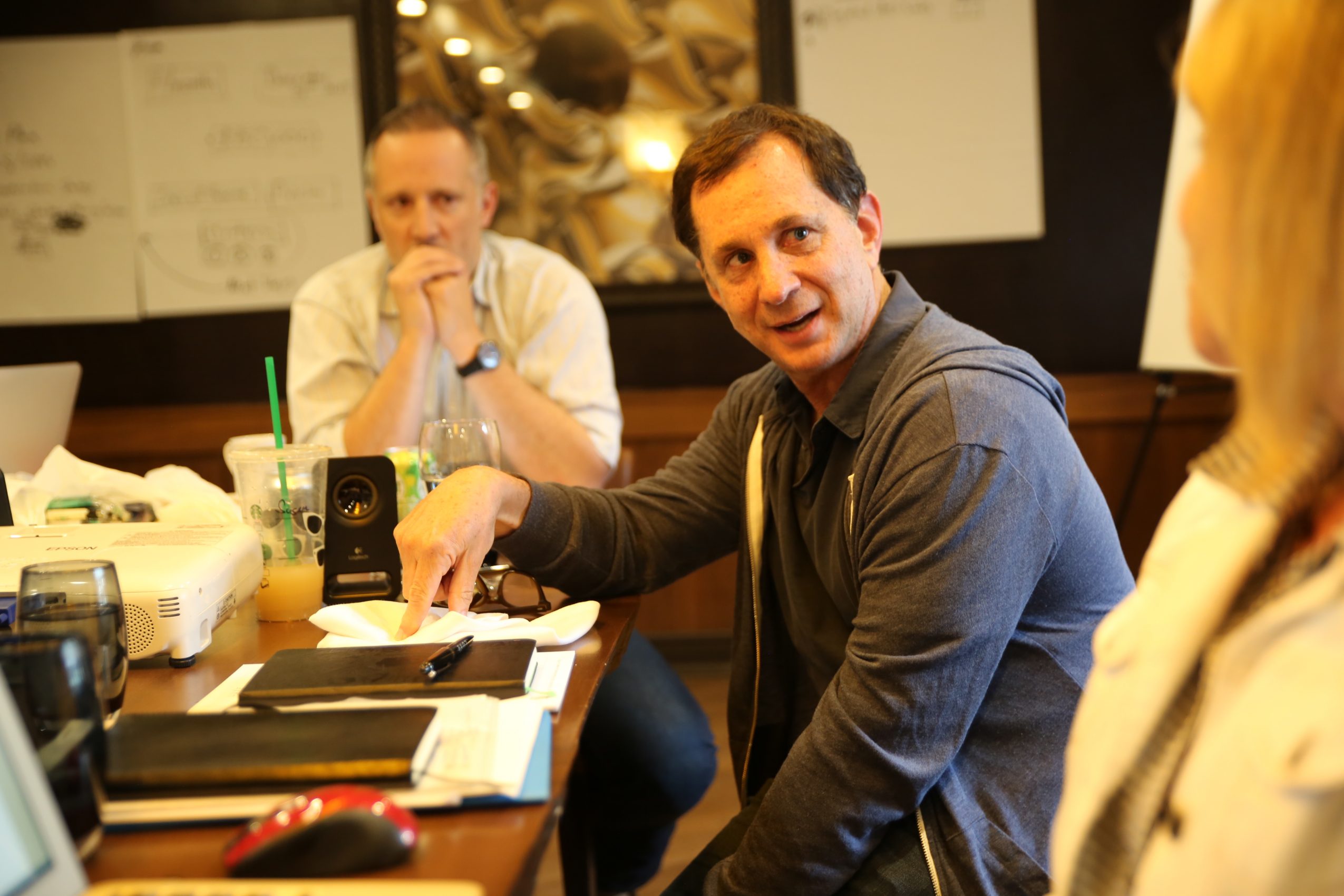 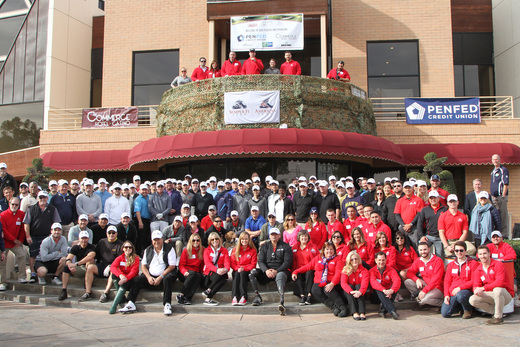