Meet David Demeter of The Drum Lab in Laguna Hills 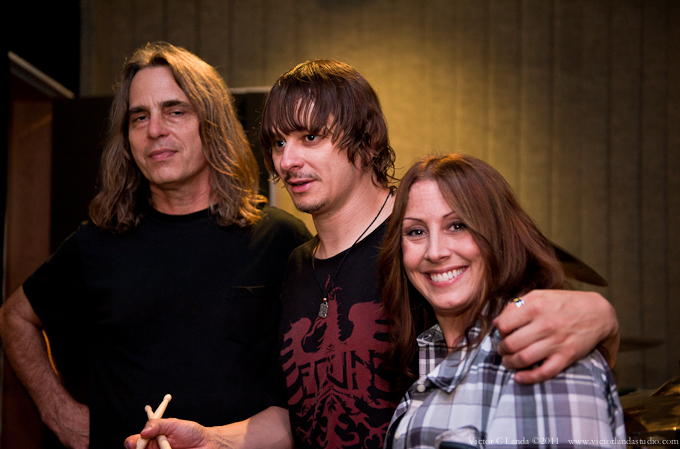 Today we’d like to introduce you to David Demeter.

David, let’s start with your story. We’d love to hear how you got started and how the journey has been so far.
I grew up in Westwood, California in a musical and medical family. My dad Robert was a medical doctor but played classical violin and bad ass ragtime and boogie-woogie, the punk rock of His day. My brother James and I formed bands and I was the drummer even though he is nine years older than me. I’ve been playing professionally since I was 12 years old. James and I were in a band in the late 70’s called The Heaters during the LA music scene explosion, in the Knack era. I split from the Heaters to form LA-based Jasmine and The Heaters got signed a week after I left. Not looking back and playing “real” jazz fusion in a New Wave and puck rock world, we were the odd band out but we ruled LA’s Troubadour for about two years, headlining and filling the room the last Friday and band out but we ruled LA’s Troubadour for about two years, headlining and filling the room the last Friday and Saturday of every month. Robin Williams [pre-Mork] opened for us. Later on, I actually played drums on the Mork and Mindy show and Robin remembered that night at the Troubadour, “Hey, I never got paid” he said. We laughed. It seemed that I was destined for Rock stardom with the way music was going. But life has a funny way of changing course. I got married and had some kids [5] and still played mostly original music, did sessions with major producers, played with guys from Little Feat and Paul McCartney’s band, toured and then all of sudden I was in my late 30’s and working what musicians call a “day job” but all the while still involved in music. My mom and dad passed and I had this idea that I should start just playing music and also teaching. That was in 2002. the name The Drum Lab came to me and opened a small teaching studio in Lake Forest, OC and built up like a school but it was just my private teaching. I started to drum buddies to come and do master classes with my students and drum community which was a big hit. since that time, we’ve had master drummers Gregg Bissonette, Walfredo Reyes Jr. Joe Porcaro, Ray Luzier, Tris Imboden and many more. Now in the new location since 2006 in Laguna Hills, I’ve built out the space with as recording studio, rehearsal and performance space, teaching rooms and tech bench to repair, restore and tune drums. Between teaching, recording, playing live and tuning and repair I am able to make a living as a musician by diversifying my talents but ALL with music. I can’t complain. One high light is that I am fortunate to work with special needs youth through a school that sends them here to the drum lab and also privately who special needs kids not affiliated with the school. I’m the lucky one to be able to work with them, I can’t complain, I’m living my dream.

We’re always bombarded by how great it is to pursue your passion, etc – but we’ve spoken with enough people to know that it’s not always easy. Overall, would you say things have been easy for you?
Opening The Drum lab was the easy part, it took a while to develop. In addition to weekly lessons, I’ve added recitals, clinics and master classes. Recording Labs, Songwriting Labs, youth concerts here and at other venues and this past summer I put on a 5-day Monday through Friday Drum Camp called “Last Minute Drum Camp” which was a year in the planning. the format was 10 AM warm ups, 11 to 12:30 PM master clinic with an industry professional. We had Gregg Bissonette, Sean Winchester, John Ferarro, Walfredo Reyes Jr. and the great Joe Porcaro. Then we had lunch. then from 1:15 to 4:30 PM we had ensemble where the drummers got to play with pro’s and finished with a mass drum circle. I’m a musician but now I’m also a business man, you have to learn the ebbs and flows of the business, teaching drops 50% in the summer so the camp idea helped a lot. You have to learn about taxes and allow for the cost of repairs and maintenance, hold insurance. It’s a business.

So let’s switch gears a bit and go into The Drum Lab story. Tell us more about the business.
I think the concept of private teaching but running it like a school sets The Drum Lab apart from the others. It’s not dumbed up music teaching. I bring in master teachers to work with my private students in a group. It’s not common for Orange County and it’s not a School of Rock type of thing. We teach all styles here. It could be metal, Funk, rock, Pop, Latin or whatever. Rhythm is rhythm and we’re preparing student for a career in music if so desired. In addition, I personally play guitar, bass and keyboards so even in lesson I engage the student with live playing so by the time he or she is ready to join a band or audition, they already have a lot of practical experience. I also have them develop song learning skills and some students know how to play 100’s of songs and play them well.

Has luck played a meaningful role in your life and business?
Luck and opportunity have most definitely played a huge role from the beginning to present. Beyond the good and bad and no matter what, I am grateful. Grateful for the ups and the downs in life and business. I’ve learned so much and stay willing to make changes and adjustments. The ability to change and adapt along the way with current times is an important characteristic. And also in my drum and music instruction, I do teach the fundamentals and can get as technical as anyone but sometimes you have to sneak it in. Meaning not everyone learns the same way. Some are instinctive, some visual and need to see it manually. some are good sight readers and it’s better if it’s written out. The point is that everyone is different and the it’s important to me and my success with the student to “find a way in” that works for the student. That’s why set curricula don’t work for everyone. 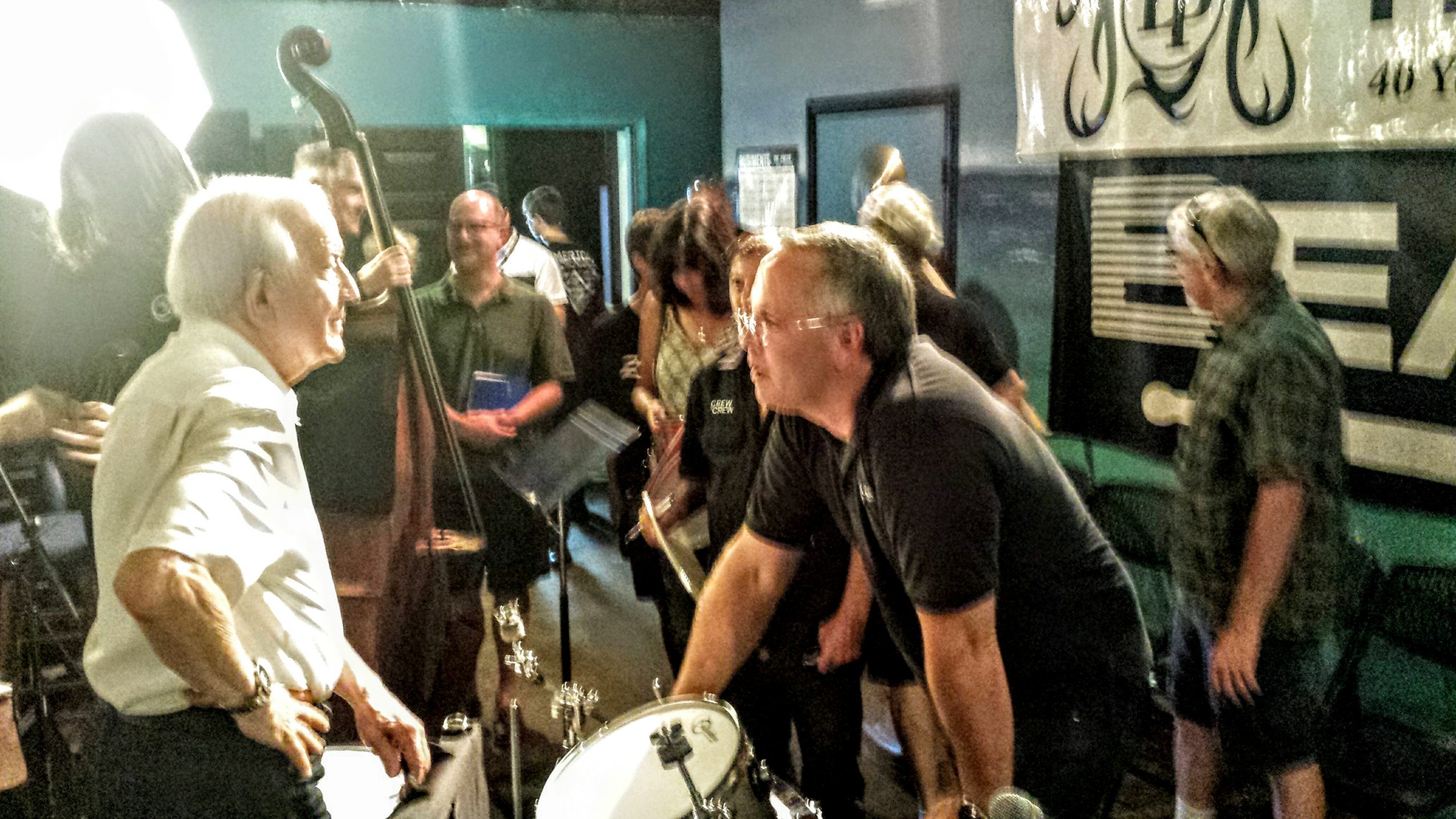 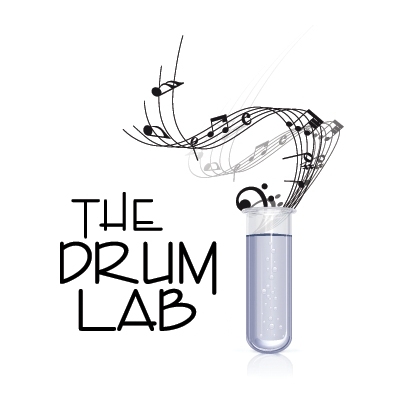 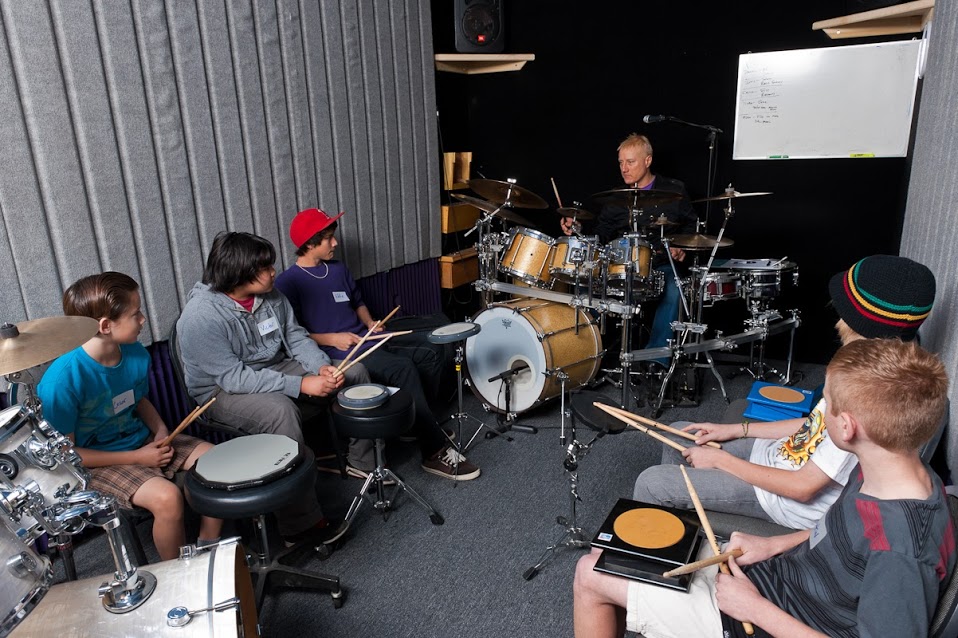 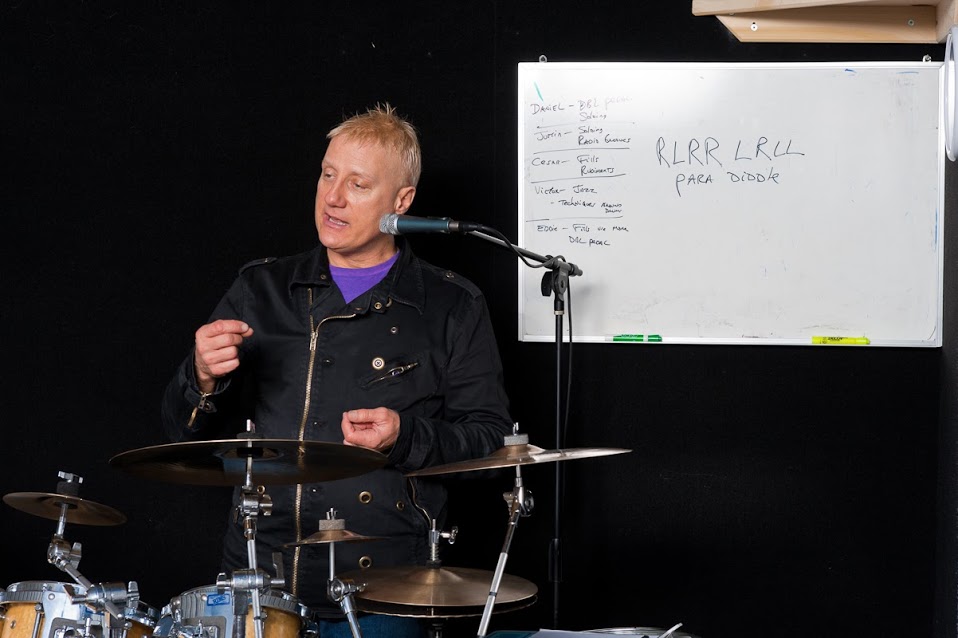 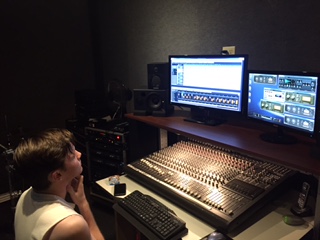