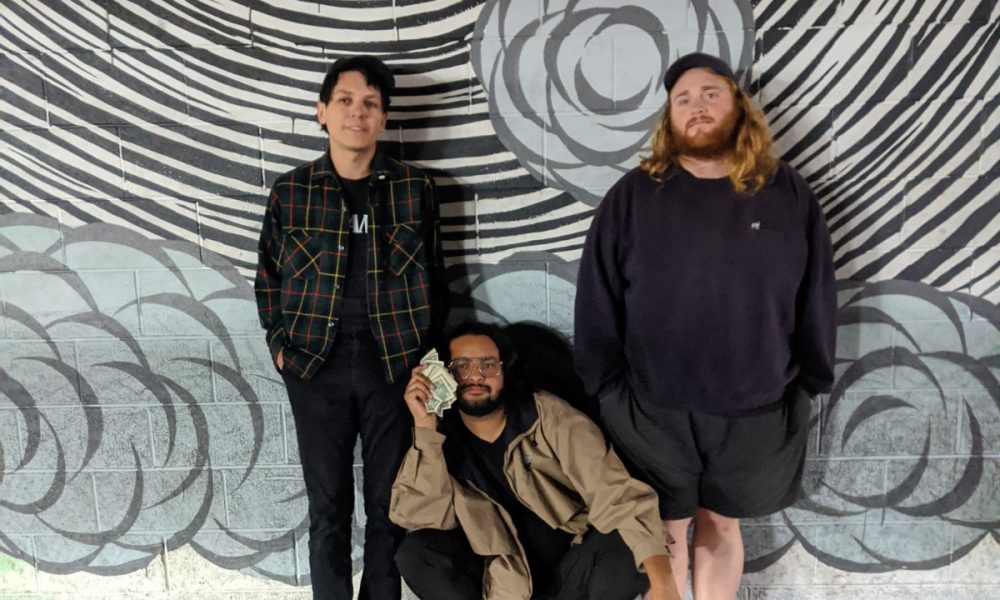 Today we’d like to introduce you to David Cristerna, Jimmy Wheeler and Danny Hernandez.

David, Jimmy and Danny, can you briefly walk us through your story – how you started and how you got to where you are today.
Los Mangos started as a two piece. David went to a show at The Smell to see Surf Curse and realized he could do something similar. The band went through some lineup changes in the first few years. It sounded different in the beginning, basically more surf punky. The shows used to be filled with reckless antics fueled by four lokos and rap music. Things started to solidify when Jimmy Wheeler (drums) and Jake Gonzalez (bass) joined. The band ended up recording a split with another local band Blueberry, then proceeded to release an EP “Bangers II”. The EP did well but Jake left for school. In comes me, Danny.

Now we are playing a lot of shows in the greater LA area, usually in backyards and occasionally for friends who throw drag and fashion parties. The Antelope Valley has a warm open scene that only seems to grow year by year. We along with some local greats are trying to make people recognize the potential of these vast Joshua tree ridden lands.

We’re always bombarded by how great it is to pursue your passion, etc – but we’ve spoken with enough people to know that it’s not always easy. Overall, would you say things have been easy for you?
In terms of band growth and development it has been smooth. However, there was a serious loss for us and the Antelope Valley when our good friend Ainsley Hubbard, along with his brother Aidan Hubbard lost there lives in a car accident to a drunk driver. Ainsley was recording Mangos at the time, among a bunch of other things. His loss definitely pushed the writing and inspired some songs.

We have what one would call a curse. We call it “The Mango Curse”. It’s nothing too serious but it does tend to shake us up time to time. It’s probably on par with anything any touring band would go through..except we believe an entity is following us as a result of the curse. We call it “The Bucket Man” because the first time we saw it, it was wearing a bucket on its head (no seriously). We ran into it in the middle of nowhere out where I used to live. It was crossing the road and we waited for it to move on, but it bowed at us like a butler. It was wearing a bandana and couple days prior a couple of motorcyclists had died right where we saw it. It was an incident in which we were petrified, can’t really say why it just had a really dark vibe.

Now anytime an odd character appears in our travels we consider it another incarnation of “The Bucket Man”. We are going to be writing a song about this cursed ass entity.

Can you give our readers some background on your music?
We make music and we are followed by cursed entities throughout the desert. Are we cursed? Yes, probably. But the important thing– rather what makes us Los Mangos, is that we make music that’ll make you feel things. What sets us apart ultimately is our blending of genres. We make modern oldies … that and we have been told that we have big dick energy.

What were you like growing up?
We were all nerds. We were all into RPGs. We’re all basically Final Fantasy characters. 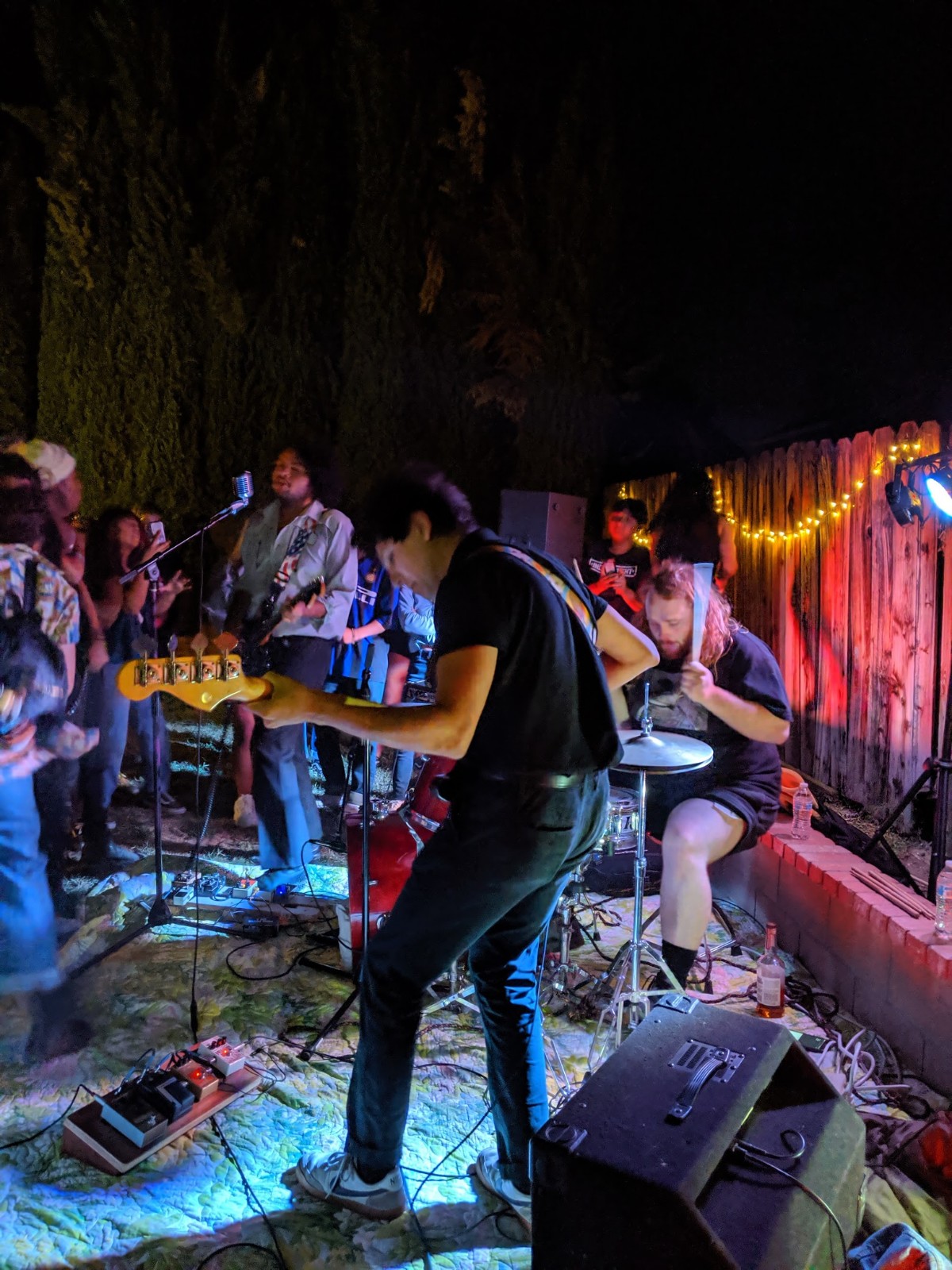 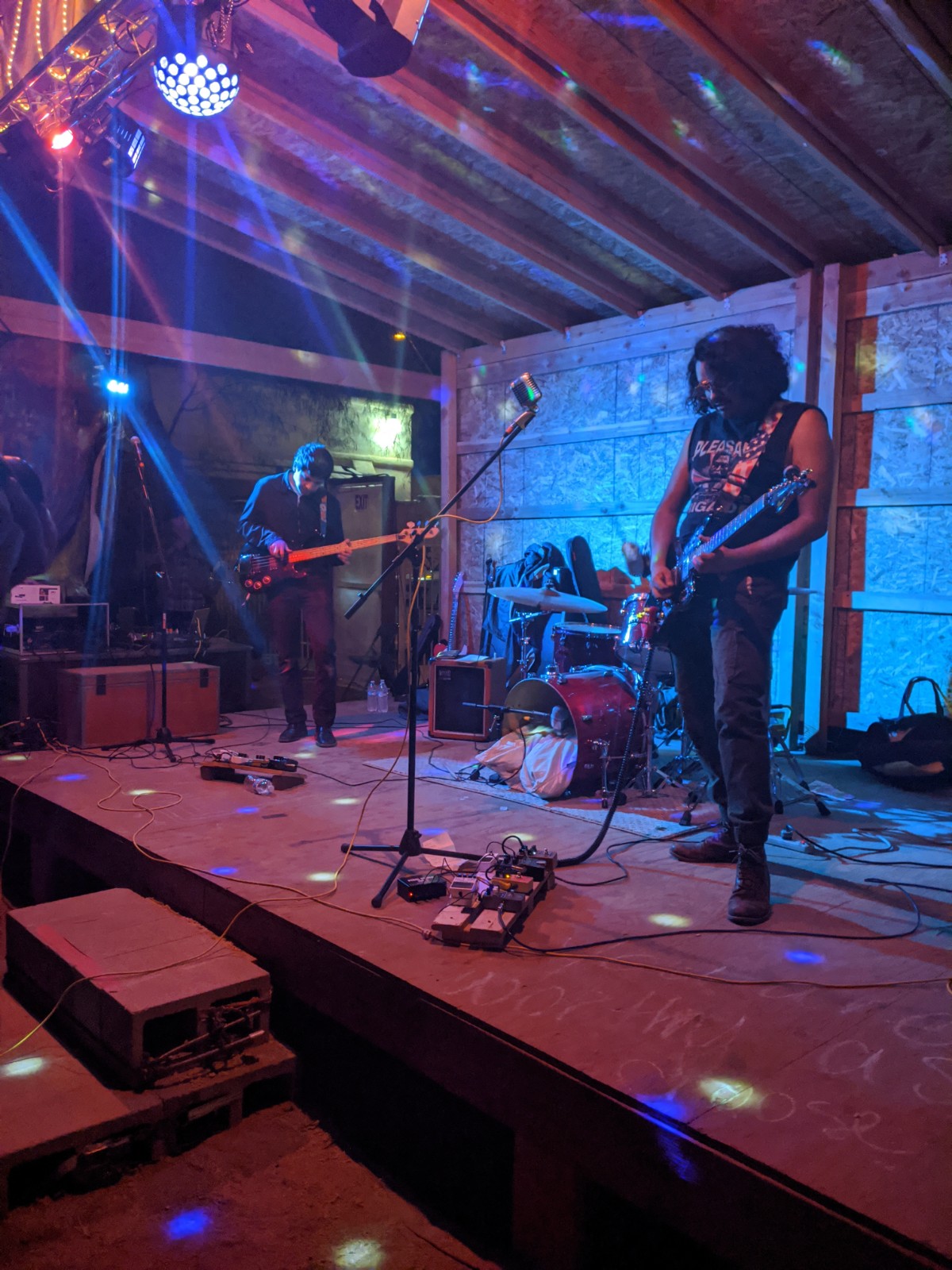 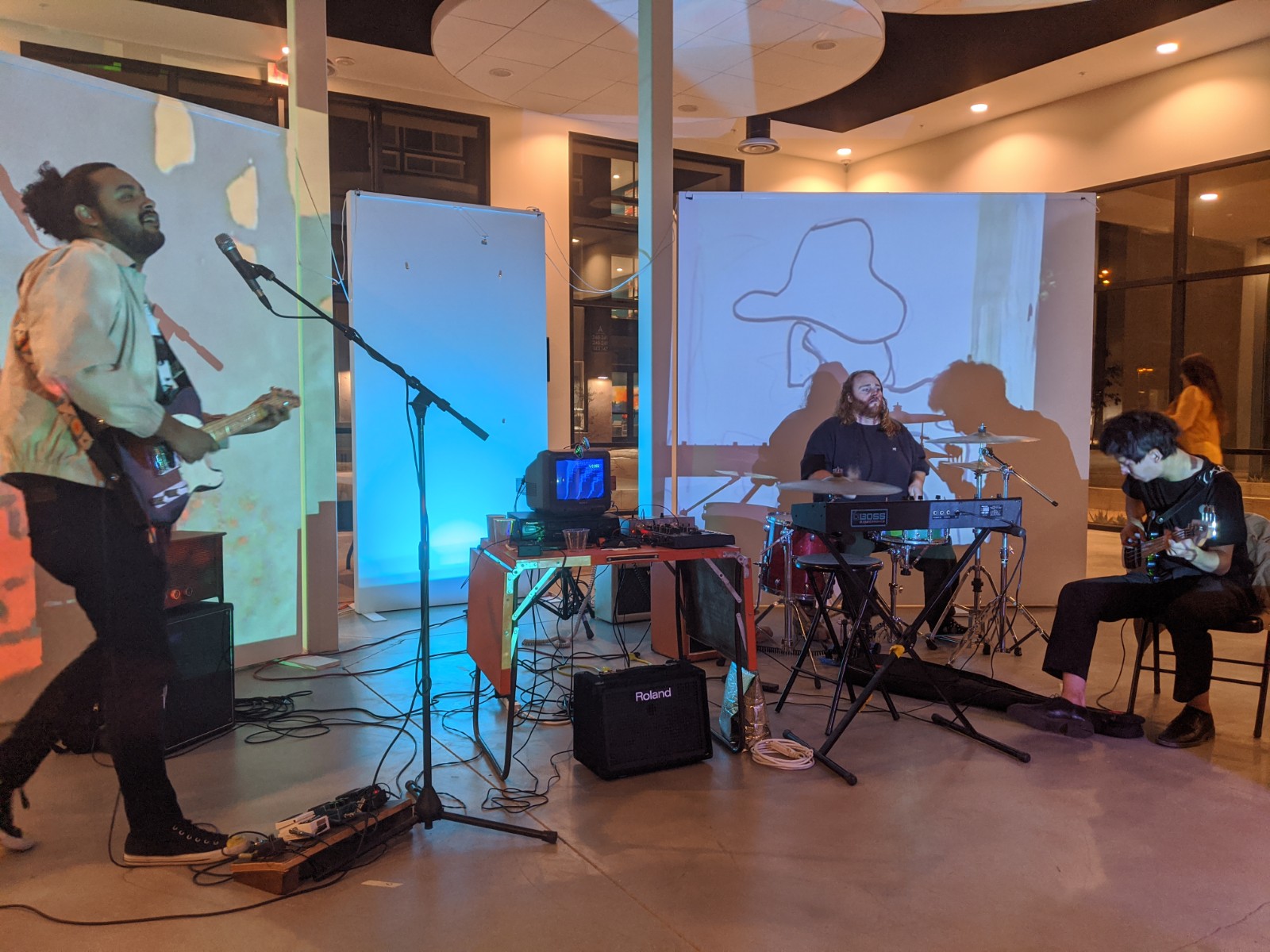