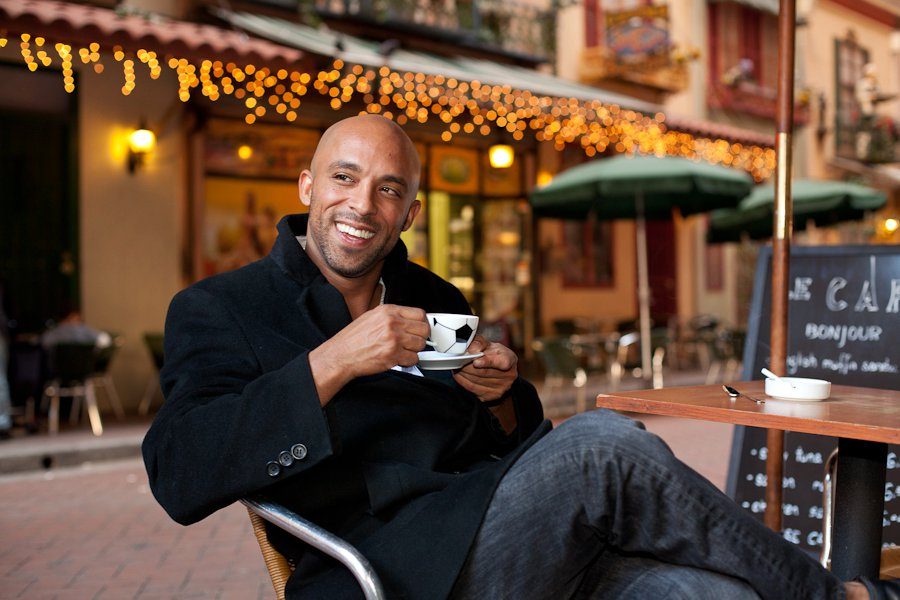 Today we’d like to introduce you to David Bianchi.

Thanks for sharing your story with us David. So, let’s start at the beginning and we can move on from there.
I’m American/Brazilian and was raised in Upstate New York and Mexico City. My first recollection of acting wasn’t organized acting. Growing up me and the kids from the neighborhood would sit on the swing set and we would act out TV commercials. Some of us would sit on the swings and others would play in front of the swings. So, in 2nd grade I was already doing improv work and I didn’t even know what improv was! It was something that just came naturally to me. My first play (in 3rd grade) I played captain hook in Peter Pan. That was the first time I was on stage in front of a lot of people, it continued through High School, but I didn’t take acting serious until my mid-twenties 2001.

I never graduated from high school however. I earned my GED after being expelled from 5 high schools in Upstate after moving back from Mexico City living with the elite. I spent a bunch of time in and out of jails and eventually became a rave/club promoter for about 8 years, business wise, shit hit the fan. I had gotten locked up again on drug charges and had to reinvent myself while sitting in jail. When I asked myself what I always loved to do, acting was the answer.

So, I decided to go to theatre school. I didn’t just want to be another good-looking guy with a headshot, I was interested in the science of things. I wouldn’t say I’m a deep thinker but certainly a critical thinker. I wanted to learn as much as I could about dramatic arts, the history of drama, as well as techniques (motion techniques, movement, voice and diction). I learned all these things at Arizona State where I graduated Magna Cum Laude with a BFA in Theater, where I had the honor of training under Marshall Mason (he holds four Tony awards for best direction). He’s one of the more legendary living directors.

That type of training has been the trajectory of my career. When I first got to LA I was relatively homeless, couch surfing, and broke. I had to put on 3 shirts and 4 pairs of pants to stay warm sleeping on hard wood floors and an air mattress. I lived with cock-roaches for my first 3 years in LA in multiple places. Booze and drugs were my only real salvation, until it brought me to my knees some years later. I was part time artistic hustler and part time fallen dream statistic.

I came to LA believing this town (like thousands of others) was waiting for me. I quickly realized it wasn’t. After the stress-headaches, anxiety and the tears dried up. The only place that I felt I had any worth was in the rave scene of the nightclubs, ecstasy, house music and after-hours was the only place I felt like home.

However, through it all I never lost my purpose. Spoken word open mics was my salvation. Those events gave me something to fight for, knowing I would be on stage every week. Although I couldn’t show up for my greatness (to the capacity that I do now) as a result of the sedation, but I was still high-creative. I don’t regret any of the blur days of my early Hollywood life, it was required training to get me where I am today. We have to often times step away from the battle to understand its’ value when it’s gone.

I worked in the service industry for around a decade, I was rejected and turned down. Until it got to the point where I started producing my own content (which began slowly in 2006) because I had to do something to get my art out to the world. That psychological beat down that Los Angeles gives you is a hard knocks type of training ground, producing short films and content with no money is hard. So, when you get to the point where you are working in television or a studio film it doesn’t feel intimidating.

This town is filled with so many horror stories about why people don’t make it. People come to LA thinking it’s waiting for them (the way I did) and that’s not the case. When you’re four years down the line and you barely have TV credits, you barely have film credits (or an agent of any merit) and you’re getting beat down by LA. That’s the true testament of how bad you really want it. Are you literally willing to live like a grunt and believe in yourself long enough to stick around and make it. The people that don’t make it are the people that don’t stay.

I have over 90 Film and TV credits from studio and independent films like Elizabethtown, Priest, Filly Brown, numerous TV appearances on hit shows like HBO’s Westworld, Unsolved, Animal Kingdom, Shooter, The Last Ship, Southland, Pretty Little Liars, Days of Our Lives and others.

I am currently in production on CATALYST (directed by Christopher Folkens). I star opposite Patrick Kilpatrick, Michael Roark, and Noel Gugliemi. This is my 5th feature film as a producer. I am also a writer on this project as well.

I am currently in the works of publishing my first book PURSUE, REACH, ATTAIN, REATIN, REPEAT, that will release this year. I am a leadership and motivational speaker. I speak across the country and will launch a speaking tour in honor of the books release in 2018-2019.

My work in front of the camera has earned me membership into the Academy of Television Arts and Sciences. I’ve become a globally known spoken word poet with TV appearances on two seasons of the NAACP Award nominated show Verses and Flow. I produce spoken word films, (most recently alongside Emmy Nominated, Grammy Award Winning actor/poet Malcolm Jamal Warner).

I hold 18 film producer credits, 16 screenwriter credits and am the founder of Exertion Films. My name carries the prestigious producers mark (p.g.a.) an honor bestowed by the Producers Guild of America for my work as a producer/writer/star in ALL OUT DYSFUNKTION! (Directed by Ryan LeMasters – now on HULU). I was nominated for the prestigious Imagen Award (considered the Latin Golden Globe).

I am also an abstract contemporary painter and art collector.

So, what’s next? Any big plans?
Release of my new book PURSUE REACH ATTAIN RETAIN REPEAT, release of my new films (I have several) a new TV show…and a new pilot I’m producing currently. 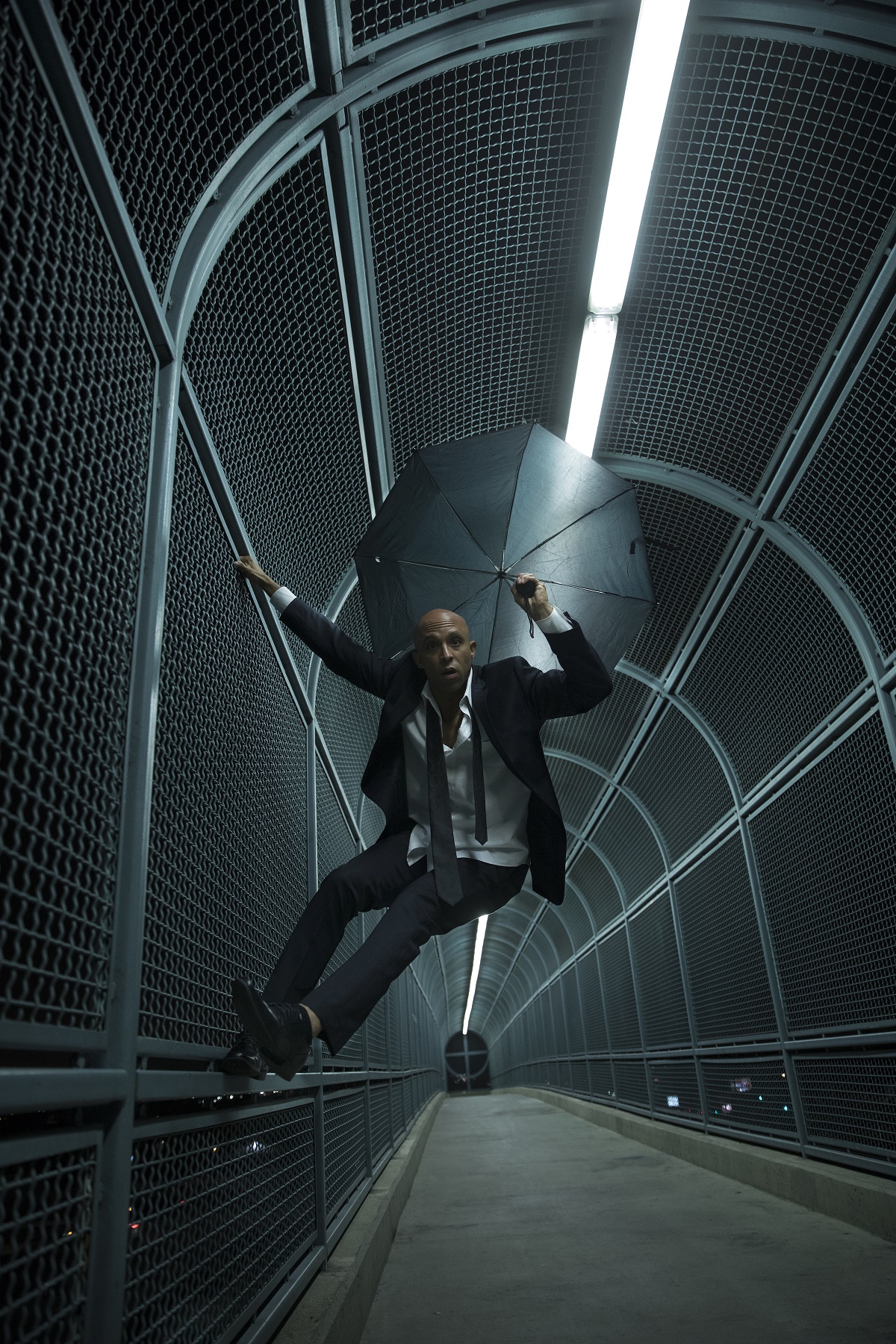 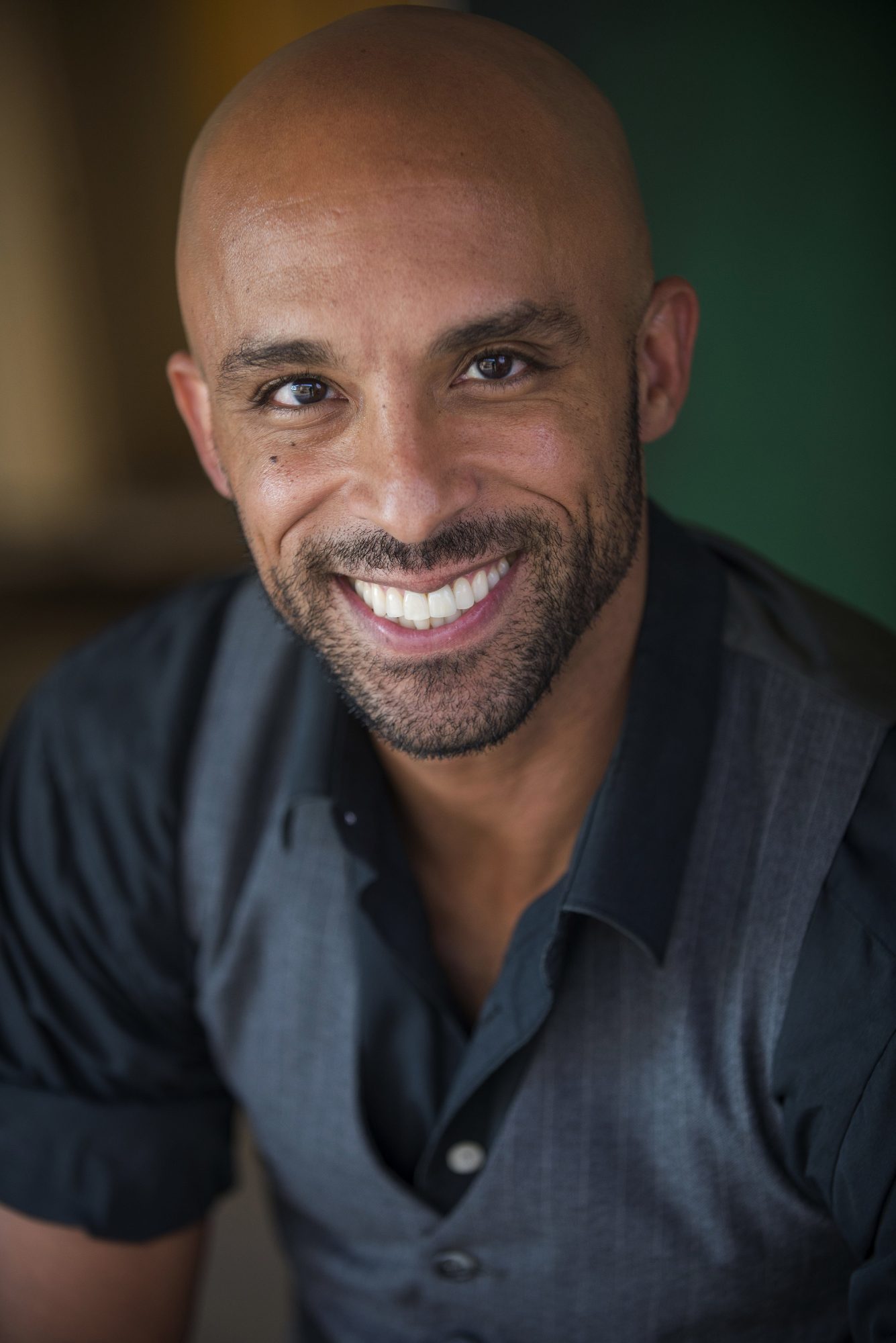 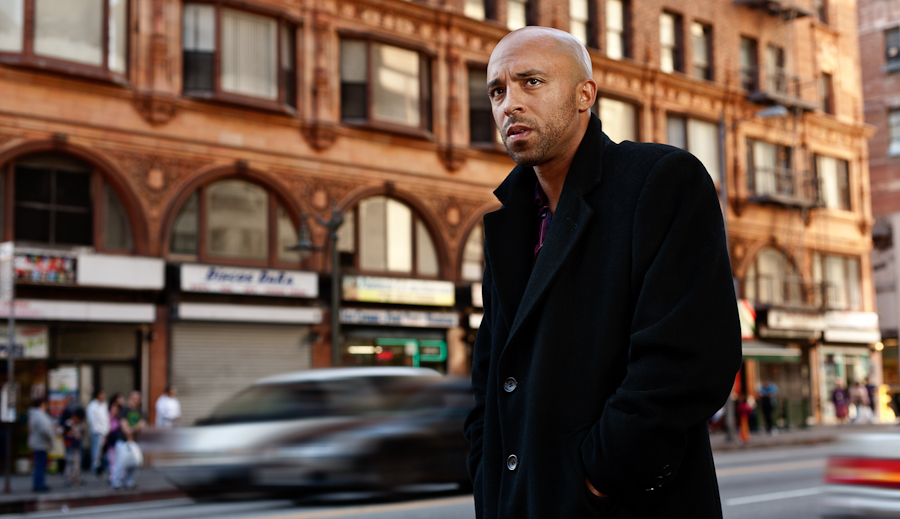 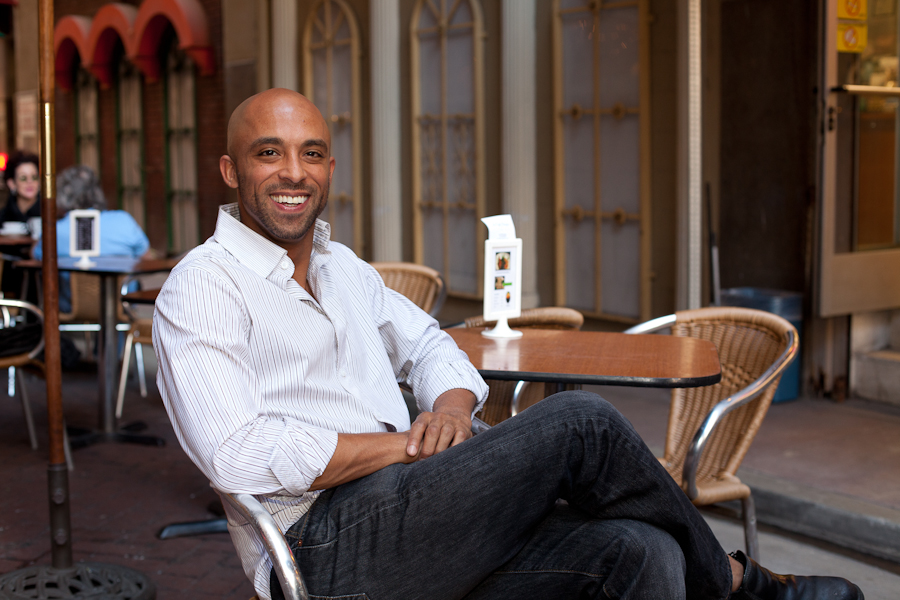 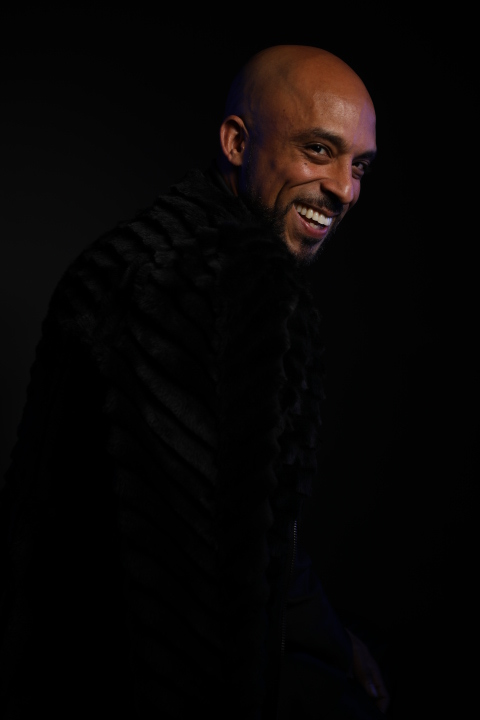 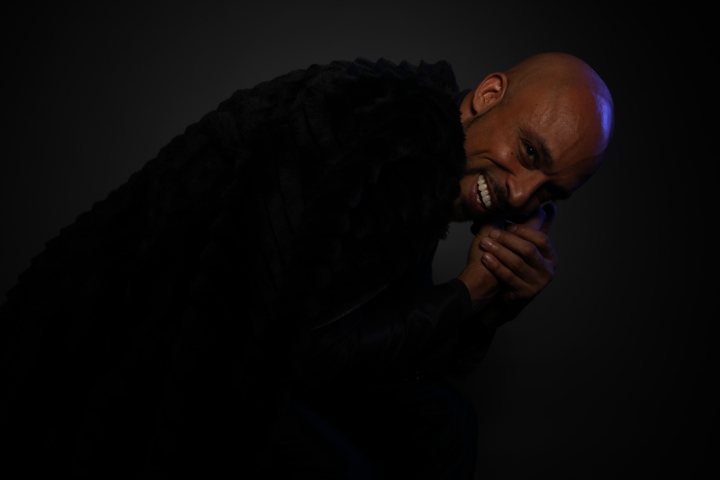 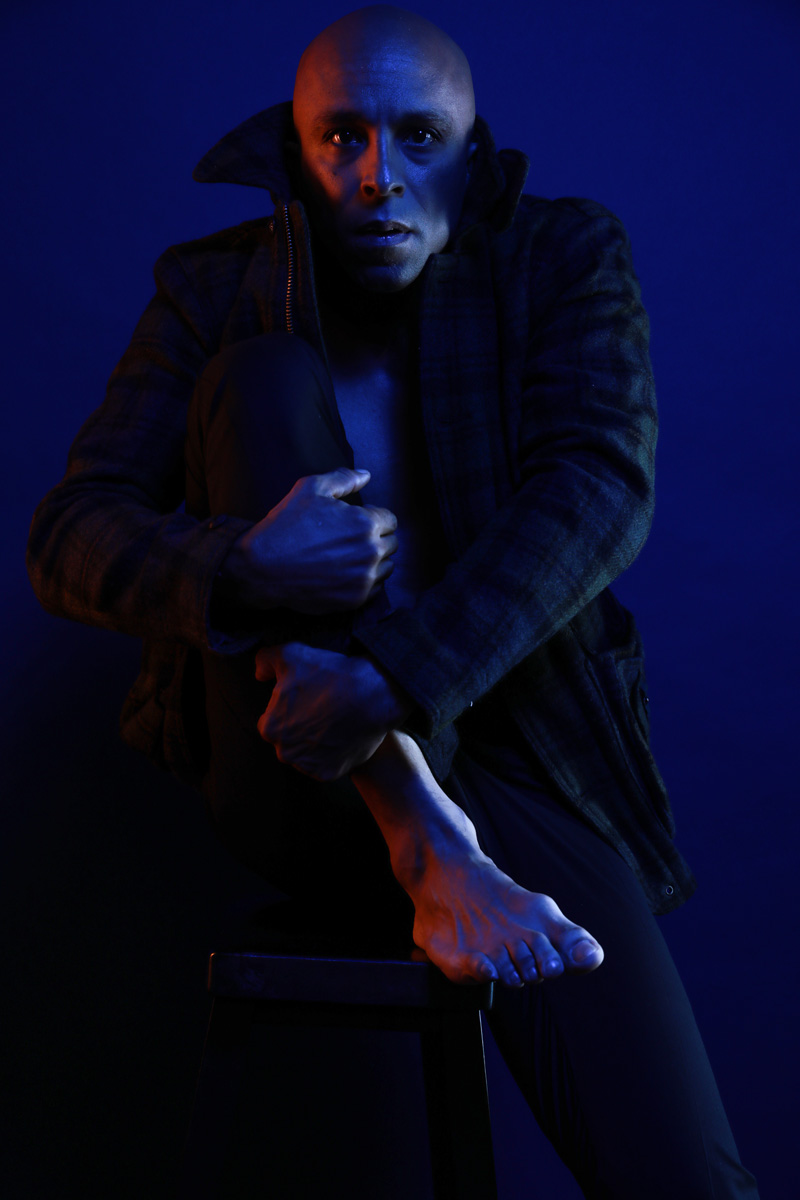 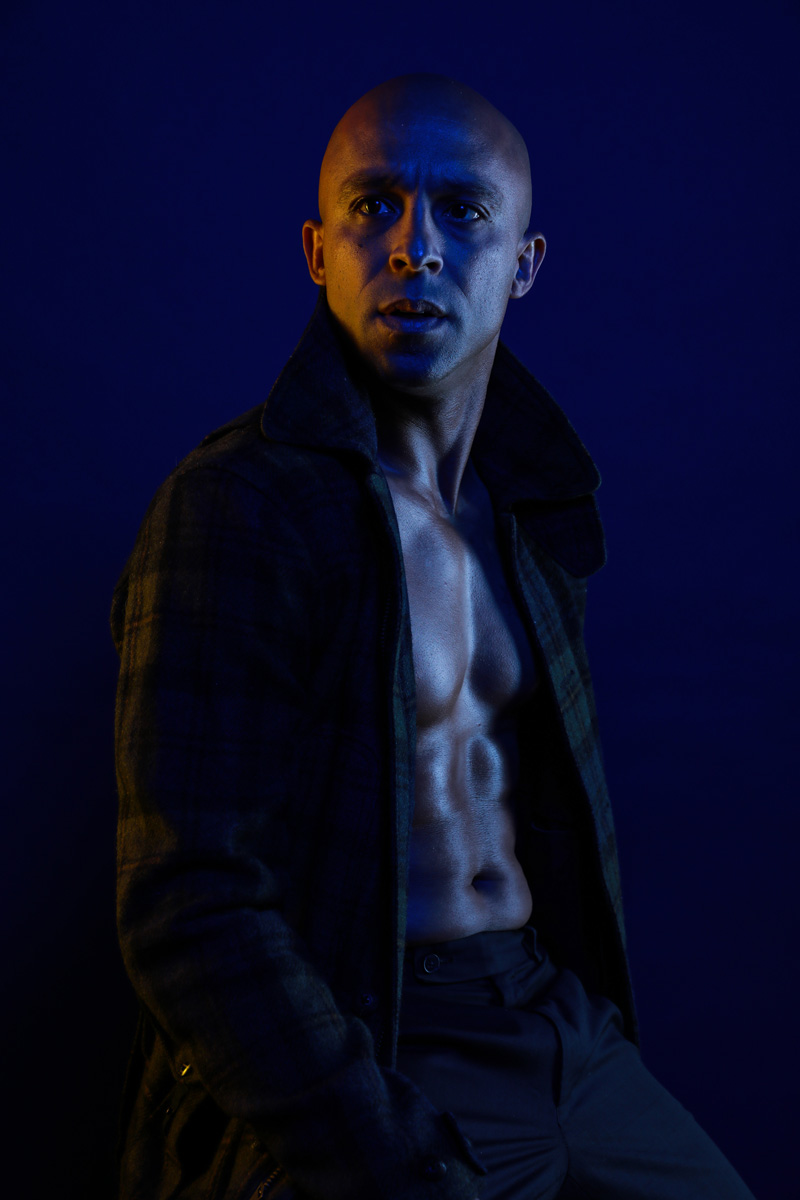 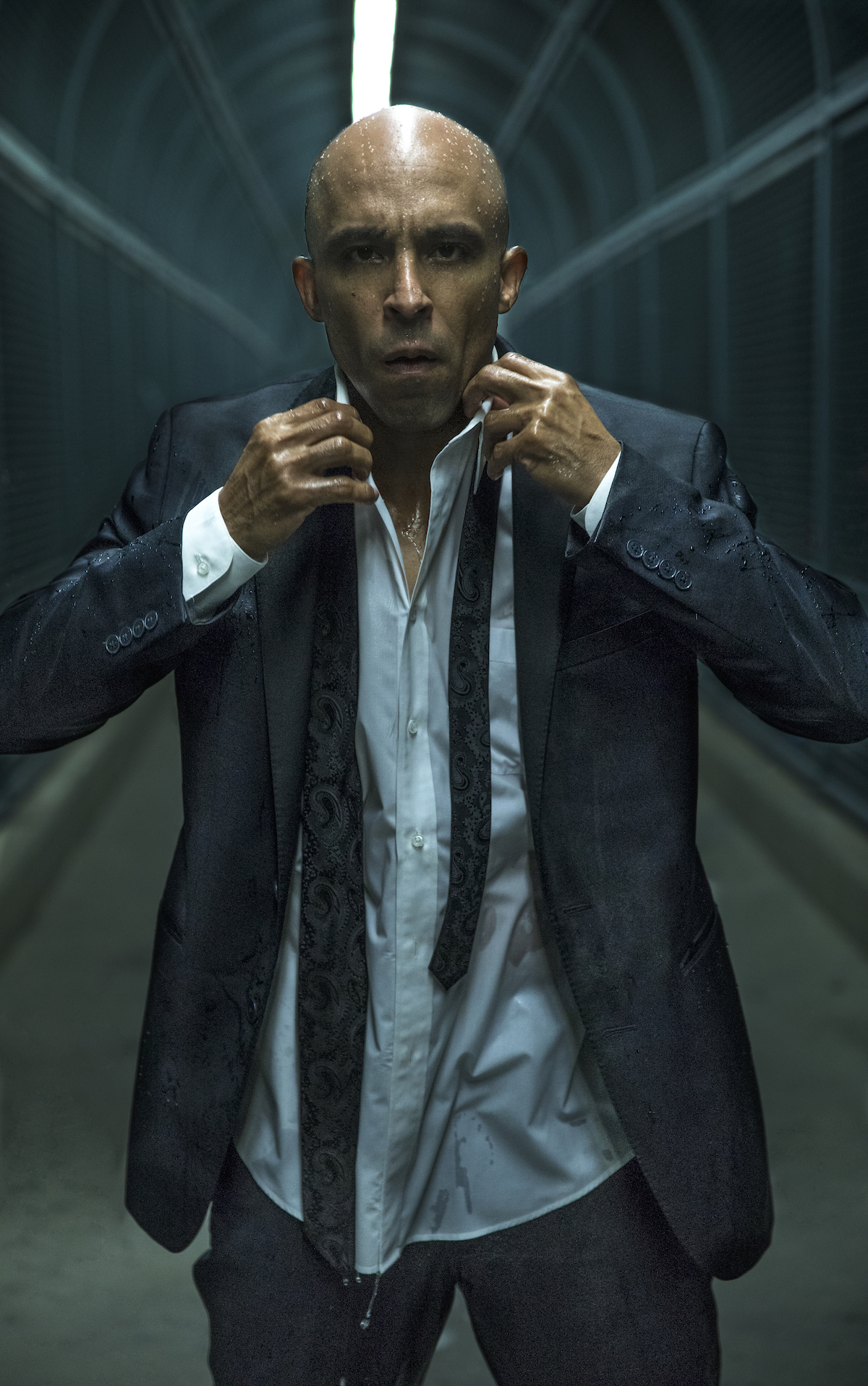 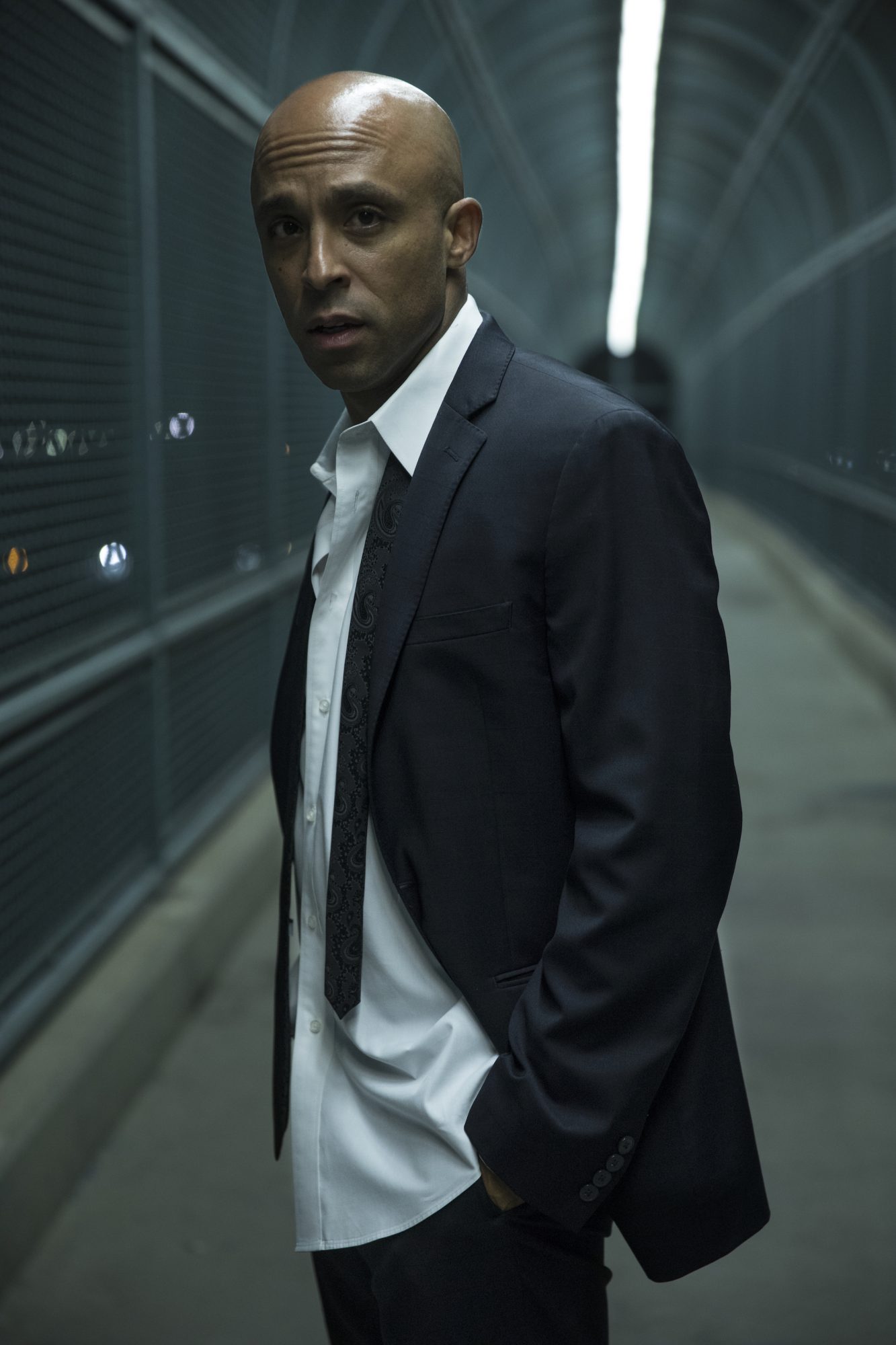