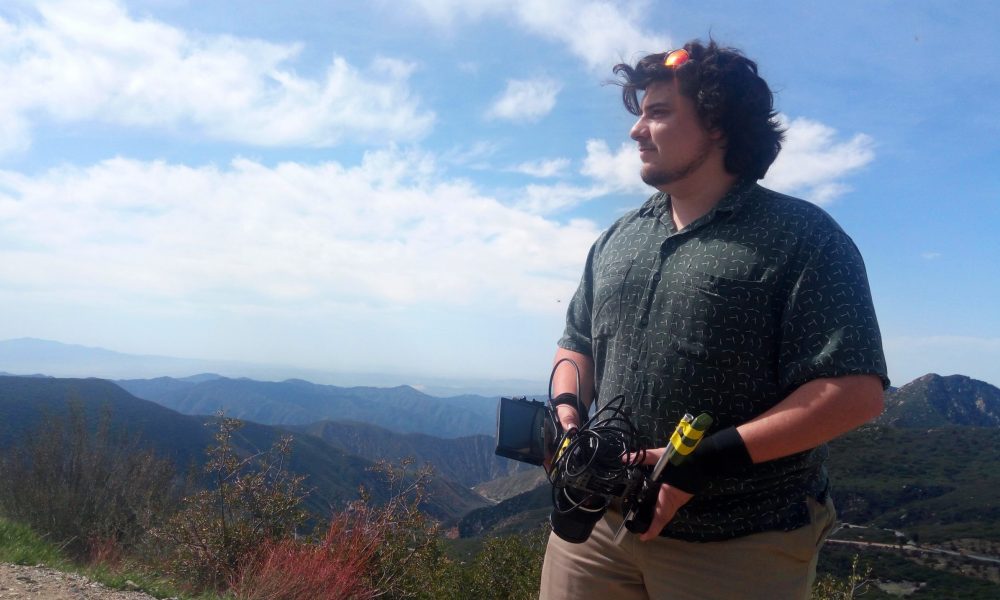 Today we’d like to introduce you to David Barbeschi.

David, can you briefly walk us through your story – how you started and how you got to where you are today.
Well to start with, I come from a multicultural international background, namely Italian, German and Armenian-Lebanese (though I grew up in France and studied in England, so anytime someone asks me where my accent is from, I ask them how detailed they want the answer to be).

As far as where my story begins, it started – like with most filmmakers – with a love for movies. To put it more accurately, it was more of a need to continue the stories I’d grow up with (Star Wars, Zorro, Troy, Lord of the Rings). However, most of these had a clear end, I knew it, there weren’t gonna be any or more sequels. Well, if they weren’t gonna make them, I would! So day-to-day I dreamt about making Star Wars 7, Lord of the Rings 4, a sequel to the Odyssey, etc. Soon, I’d come up with stories and projects of my own, and I kept developing them, whatever the media. I turned one project into a comic, another project became a short novel, then both of those turned into ideas for movies. I kept growing up with this goal in mind, “gotta become a filmmaker, gotta tell my stories”. It came to a point where even when they announced that there would be a Star Wars Episode 7 after all, my reaction was “screw it, at this point being a filmmaker is who I am, might as well be true to myself”.

From that point on, I tried to learn as much as I could, I watched the Behind-the-Scenes of basically every DVD we had in the house, attended workshops where renown storytellers like Paul Haggis would share the secrets of their craft, and finally attended the Film Production course at Southampton Solent University in the United Kingdom, a program that was 30% theory and 70% practice. There, I slowly began to specialize in specifically two areas of the industry: Producing and Screenwriting. In my time at Solent, I produced a total of 13 short films, 7 of which I wrote. Out of these 13 films, the short films “Fortuna” and “PAWNS” were praised internationally.

“PAWNS”, directed by Tyrees A. Lamptey, was honestly one of the biggest challenges I’ve faced in my life. A short film I wrote and produced, it’s set in World War 1, where a British soldier is trapped in a bunker with an enemy German soldier. Slowly but surely, the two get to know each other and the encounter restores their faith in humanity. On this film, co-produced by History in the Making Ltd. (the company that clothed the TV series “Black Sails”), we had the privilege of working with actors and crew members who had previously worked on big films, like Rogue One, and Pirates of the Caribbean. The production experience was intense, and a wonderful display of teamwork, we were all dedicated to making the project a success. The film was accepted in a total of 20 international festivals, racking up multiple nominations and even a few wins, two of which were Best Screenwriting awards (yay!)

Then I attended the New York Film Academy (NYFA) here in Los Angeles, to get a Master of Fine Arts degree in Screenwriting. During this time, I wrote a script titled “White Crow” which, to my surprise, was selected in seven screenplay competitions, making it to semi-finals and finals, as well as “Odysseus”, that sequel to the Odyssey I had wanted to create since I was a kid.

I’ve recently graduated from the degree and am mainly working as a Screenwriter/Producer based in Burbank.

Great, so let’s dig a little deeper into the story – has it been an easy path overall and if not, what were the challenges you’ve had to overcome?
Well, to name a few:

Becoming a filmmaker in my own right.
When I was studying Film Production, the course was mostly hands-on, students were expected to know the technical aspects of moviemaking, how to use about ten different cameras, various lighting and sound equipment, etc. Unfortunately, I quickly found out that this wasn’t my department, being on set wasn’t what I was naturally good at. What I was good at was writing screenplays, overseeing a production’s workflow and distributing movies. But because of this, I wasn’t necessarily respected as a filmmaker by some of my peers. I had to quickly learn to not let myself be intimidated, never slack and keep going, in order to gain that respect.

The fear of making a film.
In the United Kingdom, during the pre-production phase of most our films, the greatest challenge was blocking out naysayers who’d tell us that we wouldn’t be able to do certain things. With “Fortvna”, for example, we were told that we should just go with another story, instead of the one we had worked hard to build, because it was too pricey to make, as the story took place in a large office building. This advice was very tempting, we were incredibly pressured and completely afraid that this film would fail. The day before we had to make a final decision, the director and I e-mailed a local insurance company with a 5-floor building and politely asked them if we could film there during two consecutive weekends. And, unexpectedly, they were totally cool with it! No permits, no payment, all good. This was so surprising. Had we heeded the advice given to us by those surrounding us, we’d have never made this film. Incidentally, we were able to make it for just over £500.

Finding a team.
In LA, to succeed as a filmmaker, I firmly believe that you gotta be a part of a team. But when you come from multiple places and cultures, sometimes it feels like you belong to none of them, so my social skills are admittedly not the best around. Which is why, to me, the fact that I am blessed with a team to go on these moviemaking adventures on is a miracle, one I am very grateful for.

We’d love to hear more about your work and what you are currently focused on. What else should we know?
I’m currently working on 14 different projects, most of them in collaboration with other like-minded filmmakers. While I gained experience in multiple shoots as a Production Manager and 1st AD, I work as a screenwriter for the majority of these projects.

One of them has already been filmed, a short I wrote and produced titled “Off-Road”, directed and created by Shubham Sanjay Shevade. The film explores the relationship of an estranged mother and son as they go on a hiking trip. Little does the son know that this small excursion will draw out immense revelations and consequences. This film was developed, pre-produced and shot in about 20 days, it was filmmaking at its purest, a bunch of crew-members telling each other “Hey, let’s just go film something!” Off-Road is currently in post-production and will be ready for festival distribution soon. Another project is a short film created by Arianna Jacchia, titled “Black Mark,” where, imprisoned in a DUI cell, two young women from different backgrounds embark on a journey of self-discovery and growth. The script for the film was a winner at the LACinefest and we’re soon going to begin production on this.

Right now, all that’s left to do on my end is to keep working, improving and honing my skills. I’ve finally managed to be part of a team and we are incredibly efficient, so hopefully, more will come from that! 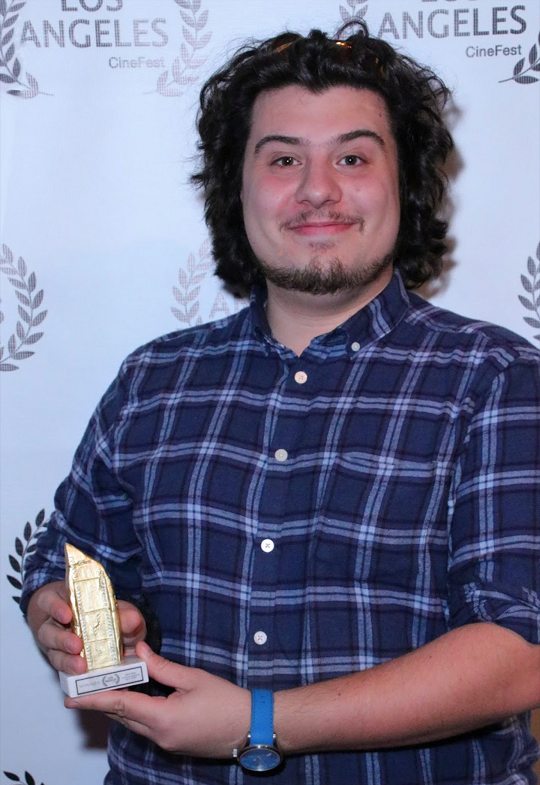 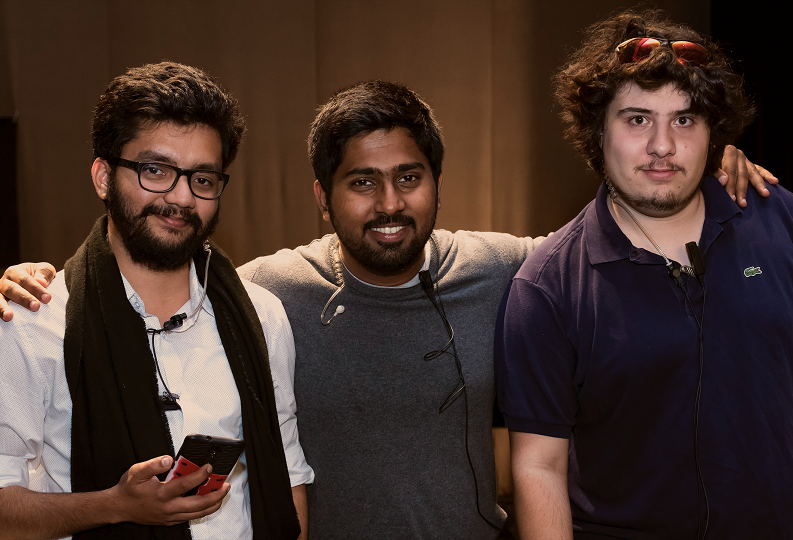 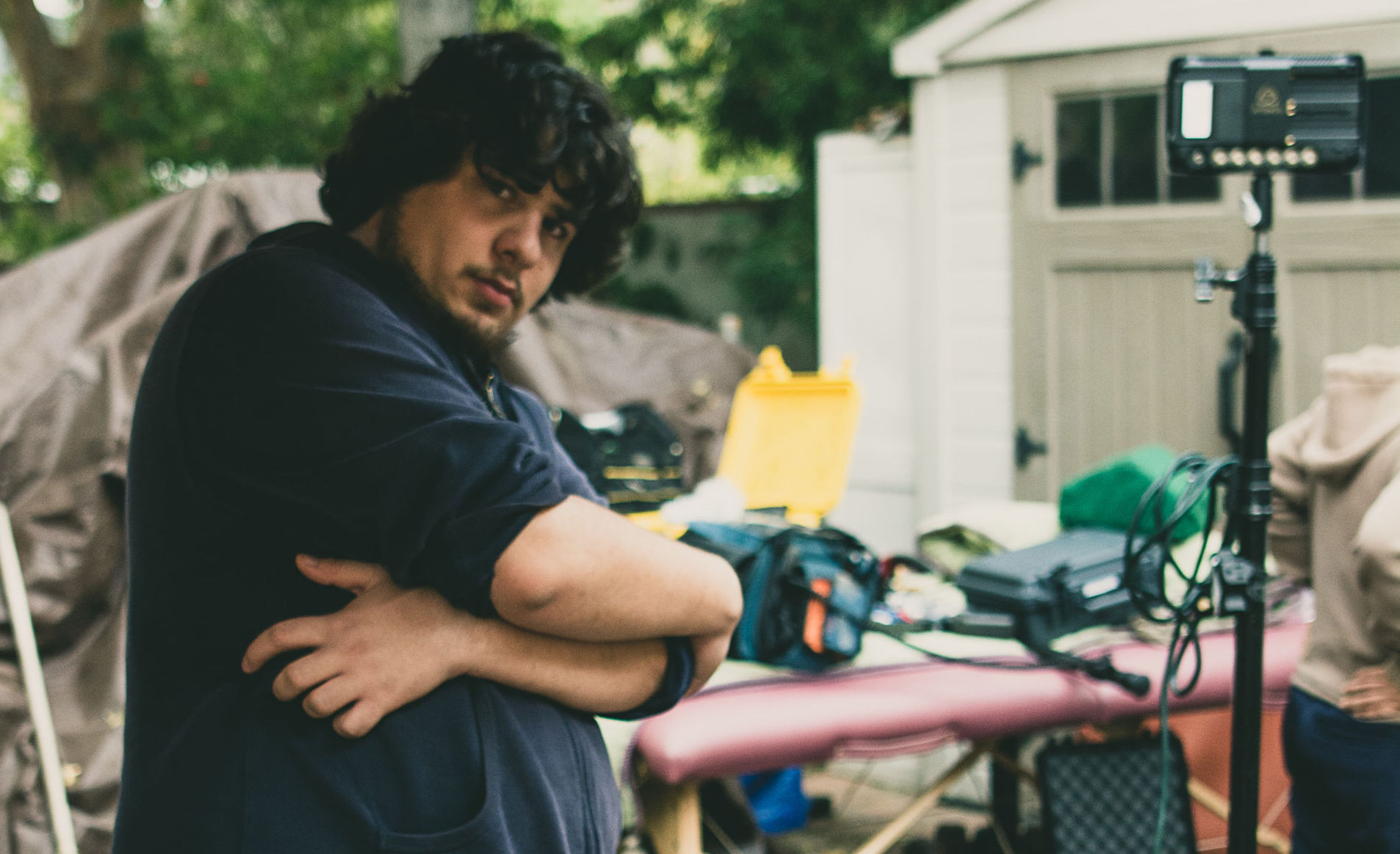 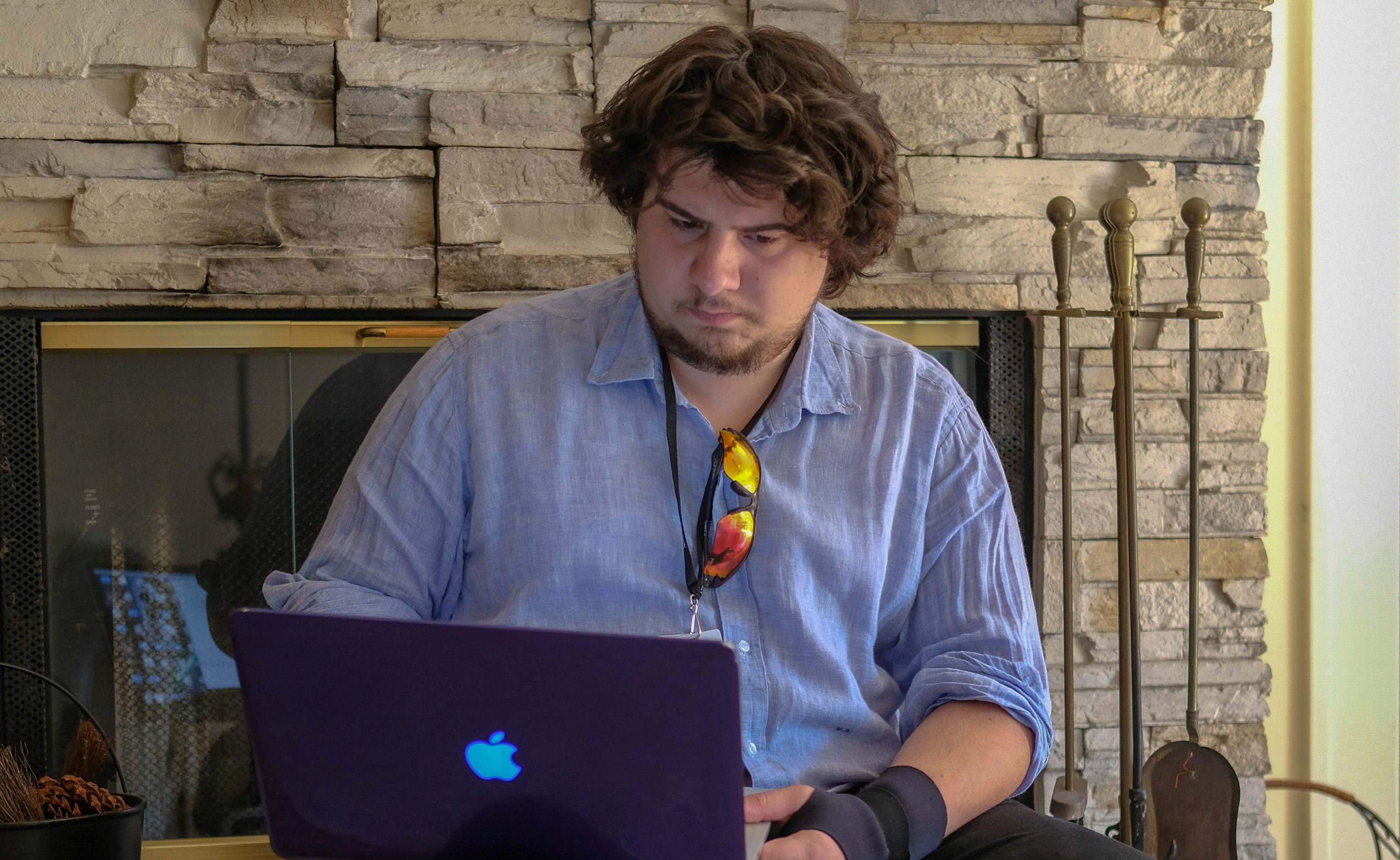 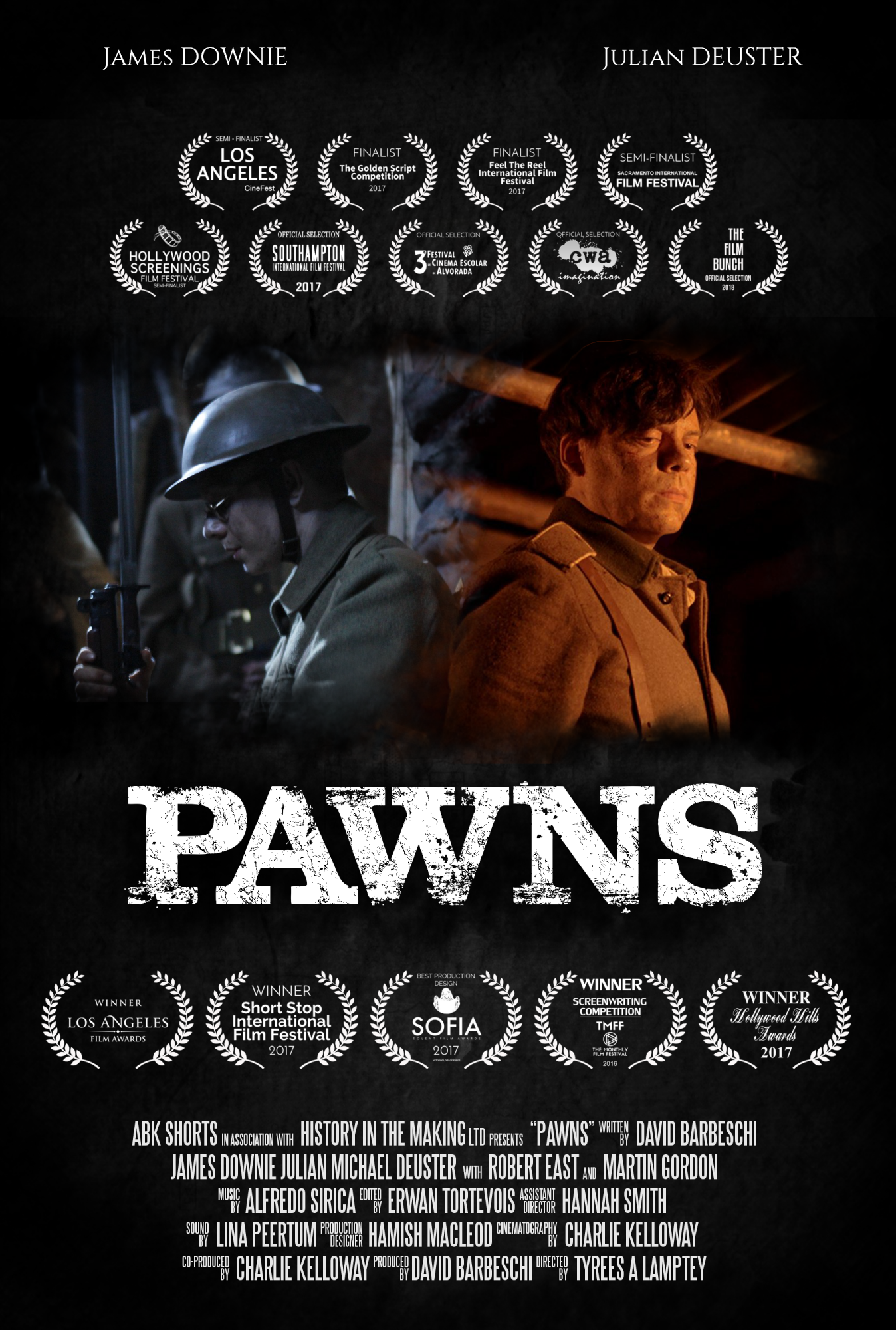 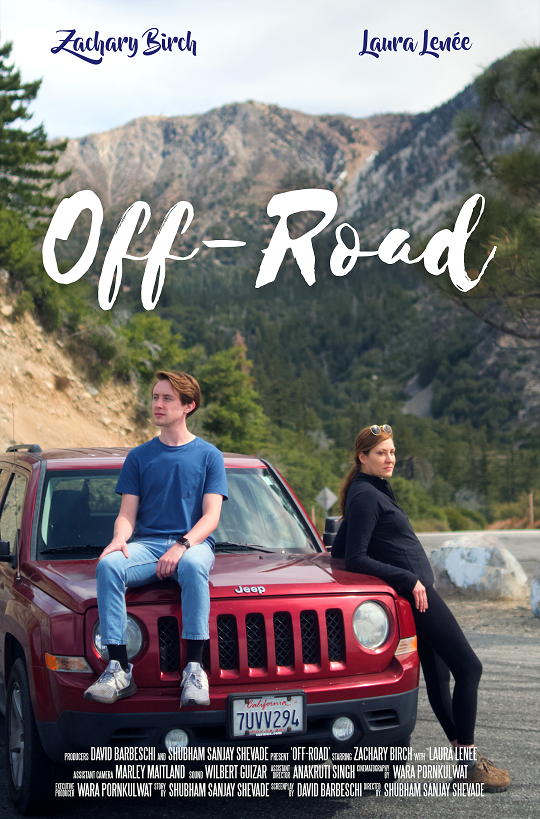 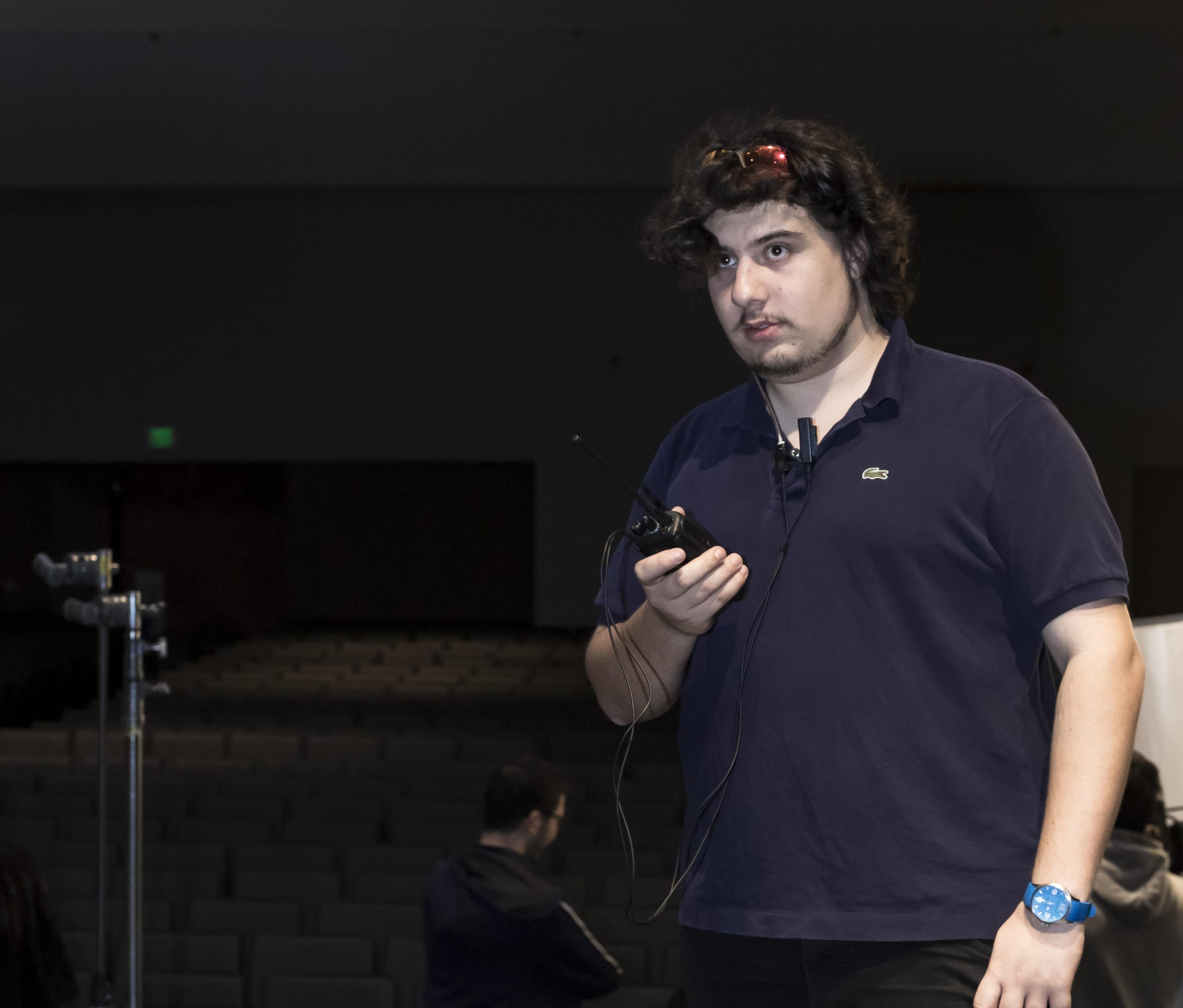