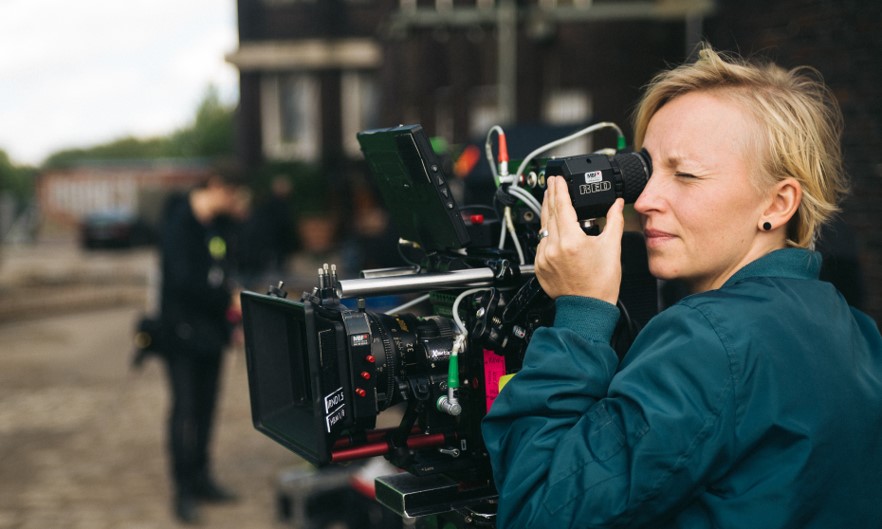 Today we’d like to introduce you to Darja Pilz.

Darja, let’s start with your story. We’d love to hear how you got started and how the journey has been so far.
Born in Russia, I moved to south Germany with my mom when I was six years old. It was a huge environmental change for me. Germany felt almost surreal compared to my Russian hometown in the early post-soviet era. It was a sacrifice to leave behind a big part of my family that I was raised with, especially for my mom, who was completely on her own in Germany. But we found our ways quite quickly and I am very grateful for that journey because it contributed a lot to who I am now. Today I am still always on the move. I was never interested in putting down roots in a specific place and kept on traveling and collecting experiences all over the world. I was always attracted by the unfamiliar, wanted to explore diverse ways of life. While studying cinematography, I traveled through South East Asia, started diving, shot a feature-length documentary in Russia and a short film in Morocco. My latest project was a feature film that I shot in Jamaica. It was a life changing experience. I learned a lot about honesty, trust, and freedom and adapted a lot of things coming back home. It is a huge bless having a job that can have such an impact also on your personal life.

These experiences shaped the way I create images. I take a lot of inspiration from observations of locations and landscapes but also from the way humans behave, talk and act and the stories they tell me. I feel I benefit a lot from those real experiences when working on fictional film projects. It also influenced my interest in collaborating with filmmakers who have different cultural backgrounds and tell stories that unfold an unusual perspective on human relationships and their environment.

When being in film school, one of the most important experiences was being in front of the camera. We were shooting a short film where we would have to rotate positions and everyone had to be acting for a day or two. In one scene, I had to hit someone with a bottle on his head – of course, a fake sugar glass bottle – and in the other scene, I had a romantic date with another girl. Both co-actors were my fellow students. It was fun but at the same time, it exhausted me a lot to be constantly emotionally present and open. I recommend every cinematographer to get a sense of the actor’s work. I highly respect every collaborator on a film though, in the end, we are all doing our work, lighting our sets, setting up the camera to eventually see the actors perform. It is really what it is all about. All the technical skills we learn in the end give us the ability to create the imagery that supports the actor’s performance in its best possible way.

We’re always bombarded by how great it is to pursue your passion, etc – but we’ve spoken with enough people to know that it’s not always easy. Overall, would you say things have been easy for you?
Of course, there were moments when I felt weak and therefore, less conscious. In those moments, I tended to believe that I was struggling whereas now I think I was gradually misinterpreting what struggle is actually supposed to mean. I was questioning the journey and judge myself based on the judgment of others. It took a while for me to understand the narratives that my mind made up and that, from a neutral point of view, there was not exactly such a thing as struggle. Especially in the film industry, when people say “I am struggling,” it is mostly somehow connected to being rejected by another person. Maybe a potential investor, a producer or a director. But in fact, every rejection means getting closer to whoever is the right person to collaborate with. Finding this right person for the project out of thousands filmmakers might take time. Also, do people tend to look for approval for their visions and ideas. No one will believe in your vision as much as you do or otherwise, you do not believe in it enough.

We’d love to hear more about your work and what you are currently focused on. What else should we know?
I am working as a director of photography/cinematographer worldwide. My focus are narrative films and series. I also shoot music videos and commercials. Everyone is able to comprehend an image no matter what language or background. Though the background influences the way, the audience reads the imagery and the message of the story. That is what always fascinated me about cinematography. When I see how difficult and complex our world became and how much separation is happening, I am glad that film can contribute to built up a sense of community that got somehow lost in this competitive lifestyles. I feel I want to tell stories that contribute to a shared understanding and bring us closer together.

One of the goals is to create something on the screen, that resonates. That makes the audience’s emotion and body respond and communicate. Film is and at the same time is not a communicative art form in its core. Compared to music, you cannot participate and start jamming when you’re watching a film. But you can connect through the character’s emotions and even experience something physical through the imagery. For that goal, I am always trying to determine the state of mind I am in when shooting because it will translate into the atmosphere and eventually the way the audience connects with the story. Finding the right frame and composition is more an emotional process than anything else.

Collaboration, loyalty, preparation and being able to be present is essential throughout every project. I learned to combine both skills, the conceptualization and being present in the moment on set since the film becomes alive once the actors start rehearsing. I always verify and adapt concepts if necessary according to how the scene feels on set. Being flexible and not anxious about letting go of concepts that do not proof to be right once you see the performance on set is something that I learned to be very important. Of course, you also have to stay within the given economic circumstances. I learned to take those decisions quickly, I rarely find myself being indecisive.

I love the collaborative process, uniting the creative minds and then see the vision becoming alive. The beauty lies in the interpretations of collaborators merging into one vision. The director and the actors need a safe space to stay open emotionally and it is a vulnerable state to be in. Being loyal and creating a trustful atmosphere is a key, but that also means giving up the ego and to be honest by all means. And we all have our egos even if we see ourselves as supportive and collaborative humans. It is something that takes a lot of effort and I encourage myself to practice that daily a little bit even in the small everyday things.

Has luck played a meaningful role in your life and business?
If you see your life as a graph, good and bad luck are just the swings and looked at it from a distance, the graph will appear relatively even. If I enlarge the graph at a specific point and look at the process of shooting a film, luck plays a very specific role, though. Lucky mistakes can provoke the most beautiful images and bad luck might force you to take decisions and find creative solutions that end up being way better than the initial concept. For me, the thrill in filmmaking also comes from being constantly exposed to circumstances that have an inherent luck factor. The consequences of chance really depend on how we react to it. The artistry is being able to read the signs and make use of the coincidences and possibilities. 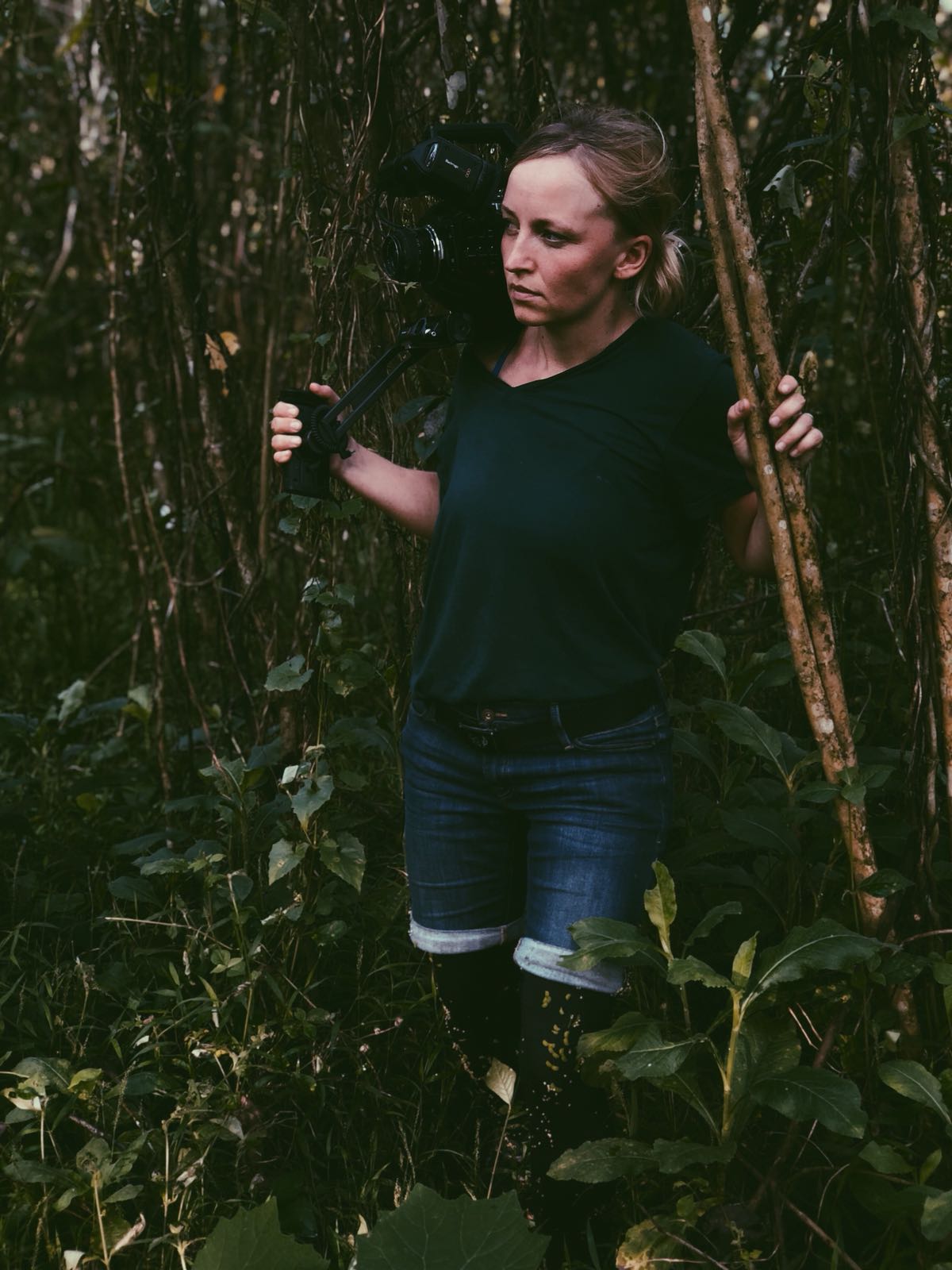 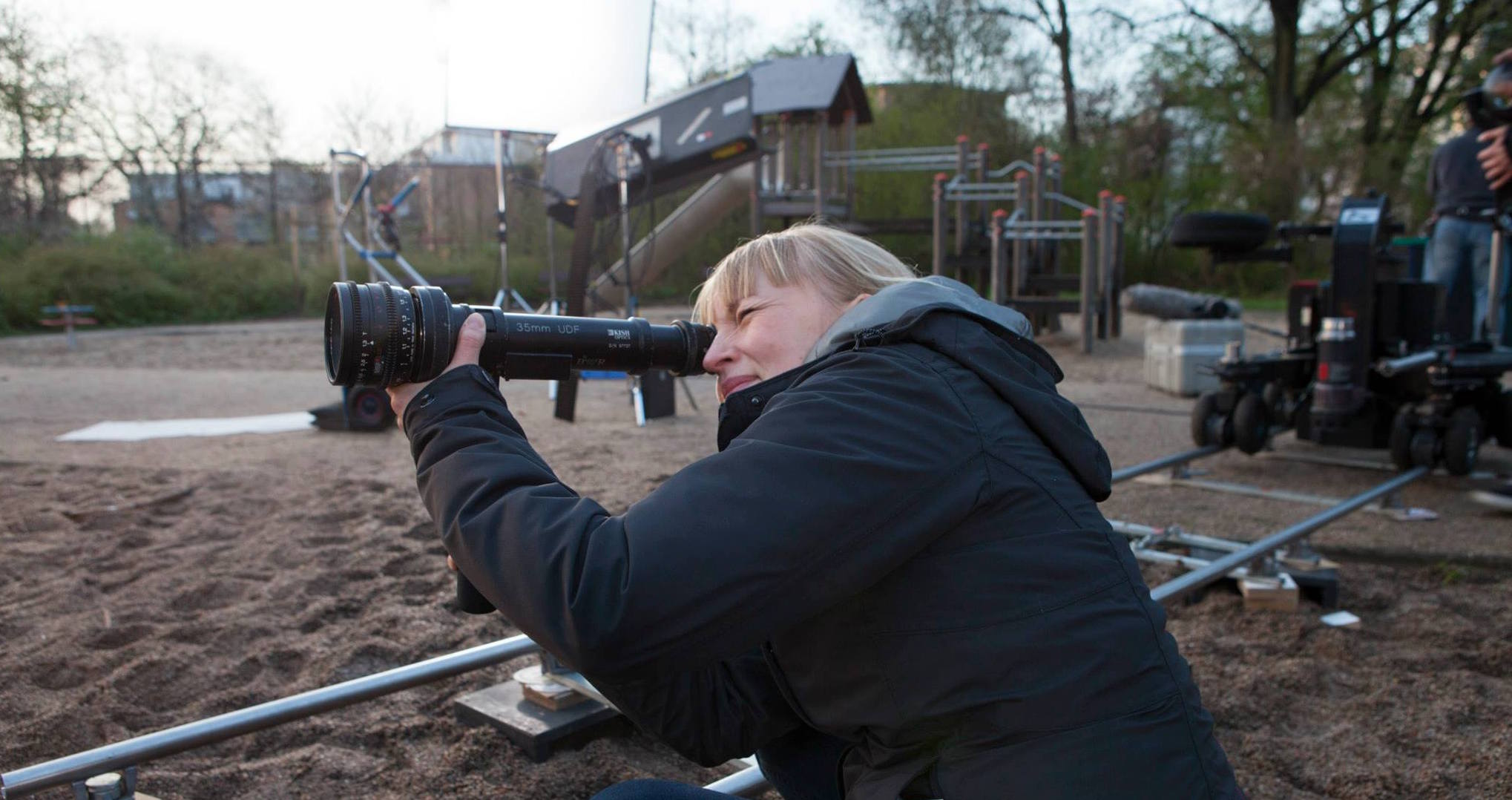 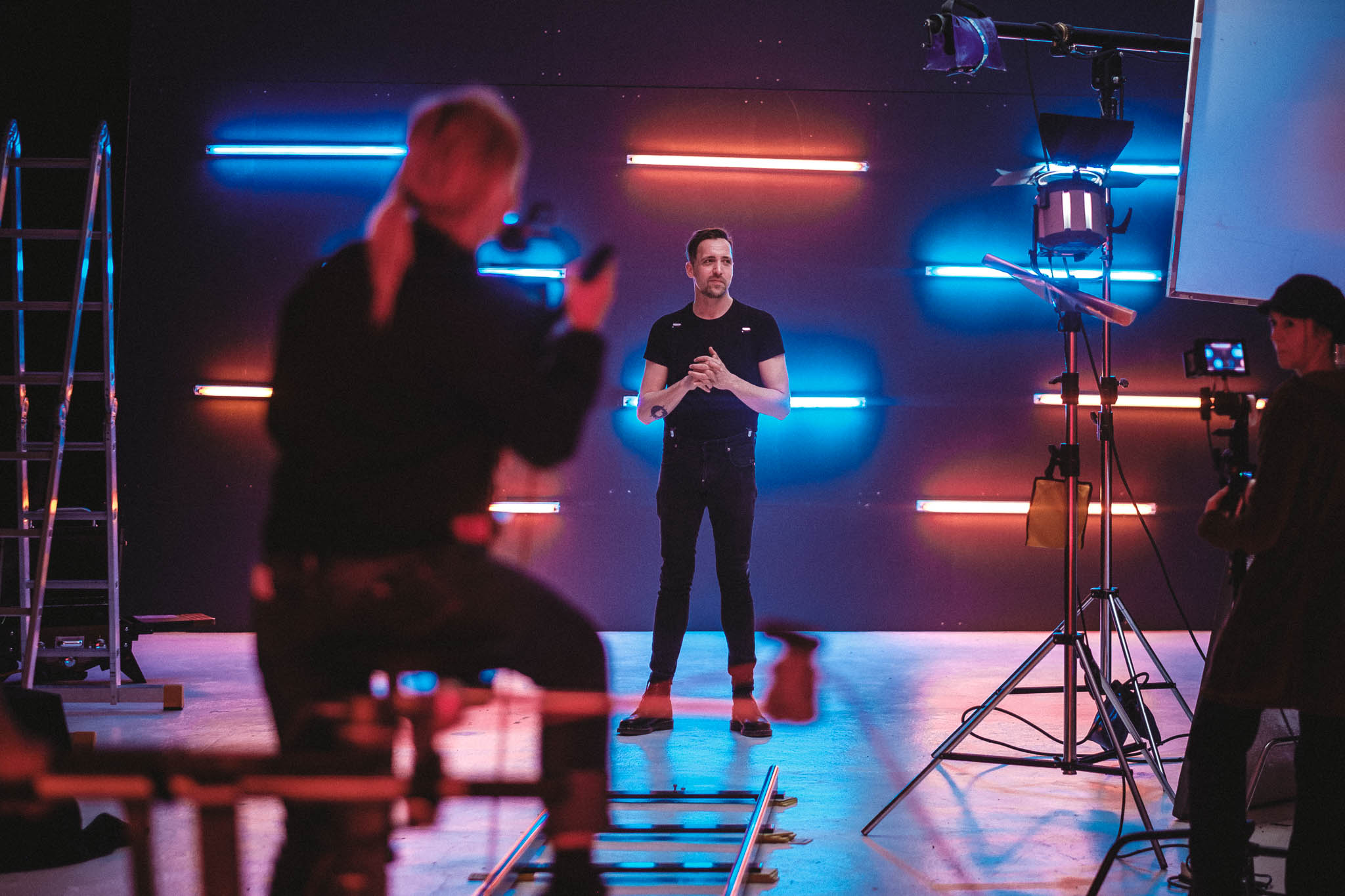 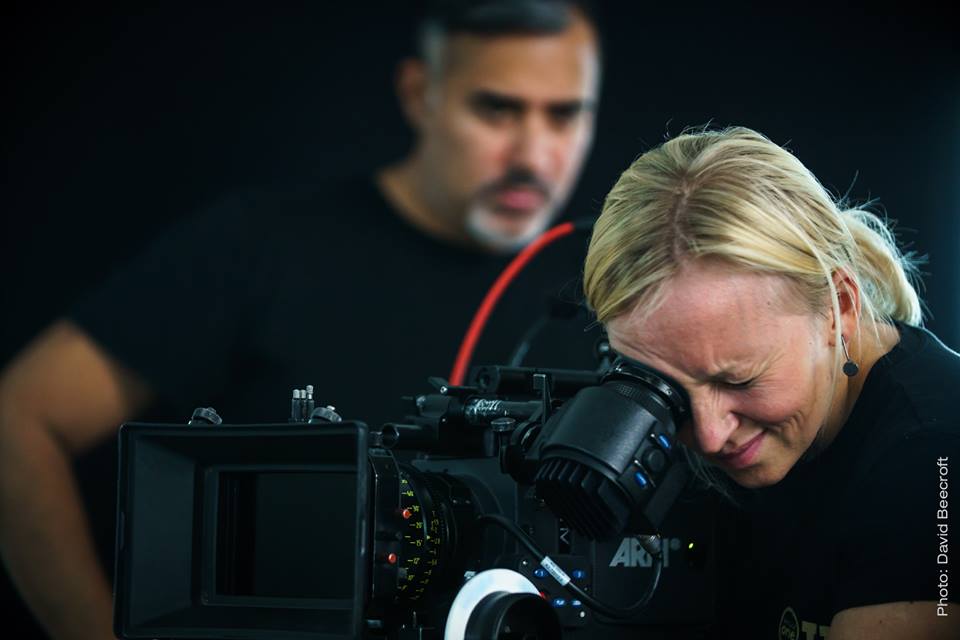 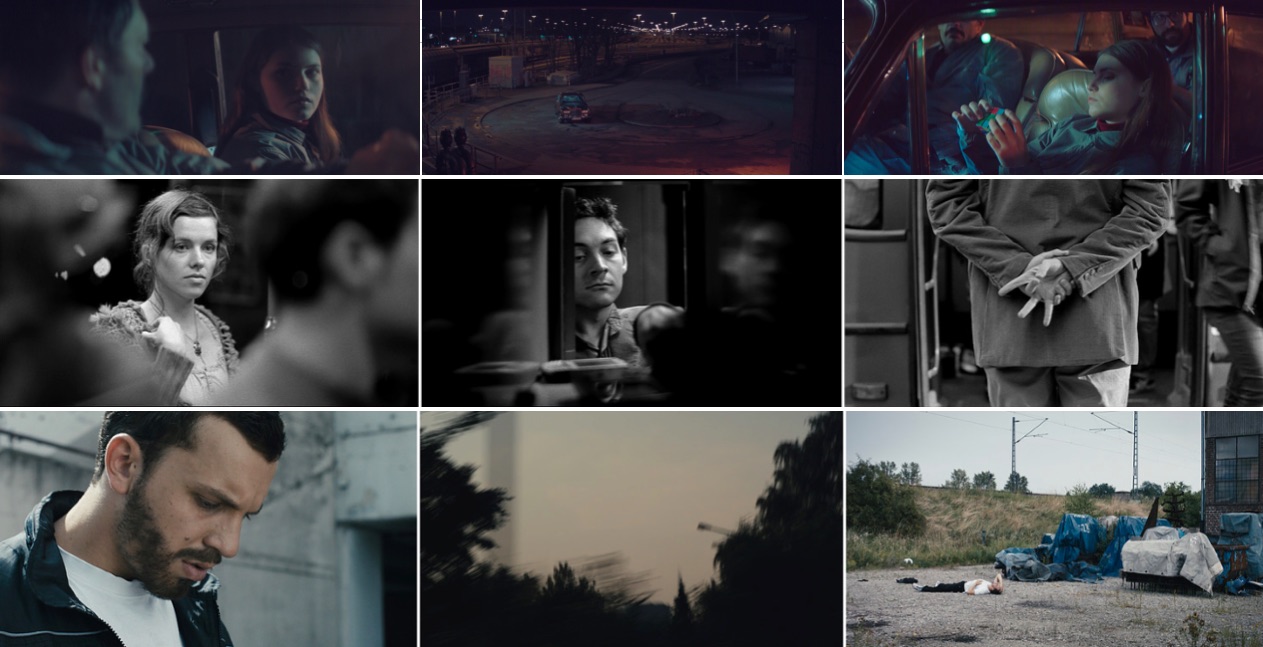