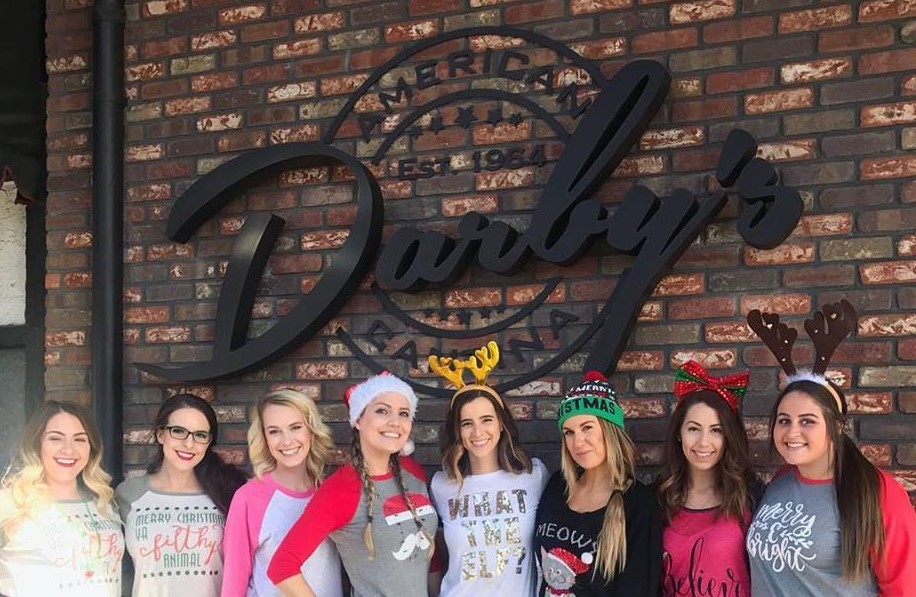 Today we’d like to introduce you to Jon Darby.

Thanks for sharing your story with us Jon. So, let’s start at the beginning and we can move on from there.
1992, I was living in West Hollywood working at Capitol Records, and the band I was working with was on tour, so I picked up a couple of bartending shifts at a place called Club Maxx, which was owned by Sylvester Stallone.

My mom owned a little local bar in San Bernardino called Celebrities. She needed help a couple days a week so I drove in and helped out. Eventually, I stopped working at Club Maxx, moved to Grand Terrace and started working at Celebrities full time.

Over the next 7 years, I slowly acquired full ownership of Celebrities and in 1999 moved it to a much larger location around the corner. In 2012, tired 7 day a week grind I sold Celebrities and went to work for Sysco Foods. Very quickly, I realized how much I missed owning my own restaurants and decided to find another one.

I partnered with my cousin Brian Pinkus, and brother Jim Darby, and in October of 2013 bought a restaurant in Redlands. We closed it down, remodeled and soon re-opened on New Year’s Eve as Darby’s American Cantina. Business-wise, the best move I’ve ever made.

We are located in the heart of the Downtown Redlands District, surrounded by other amazing restaurants and independent businesses. We proudly employee over 50 employees and have been given many local awards in the “Best of” section of the local newspapers.

Overall, has it been relatively smooth? If not, what were some of the struggles along the way?
For the most part, it’s been fairly smooth. Biggest struggles are dealing with constant repairs (never at an opportune time) and accommodating the enormous amount of time off requests while scheduling.

Alright – so let’s talk business. Tell us about Darby’s American Cantina – what should we know?
We are a classic rock-themed sports bar with amazing food, beer, and spirits. I’m very proud to say we do not have a microwave in the building and very few frozen items.

We feature 40 beers on tap as well as another 40 in cans and bottles. We have over 100 whiskies and several other amazing spirits as well. We have one of, if not the largest selections of spirits anywhere in the Inland Empire. We have 30 HDTV’s and carry all 4 major sports packages, so if you are a sports junkie, we are the spot for sure.

The thing I’m most proud of though is the family atmosphere I have with my staff and a large number of our guests., that is what makes working 7 days a week worthwhile. As far as what sets us apart, I leave that to the customers. We have a close-knit relationship with several of the other restaurants in the neighborhood, and I truly feel we are all in this together.

Any shoutouts? Who else deserves credit in this story – who has played a meaningful role?
All the credit in the world goes to my family, especially my wife for understanding what it takes to make a restaurant successful and standing behind me. 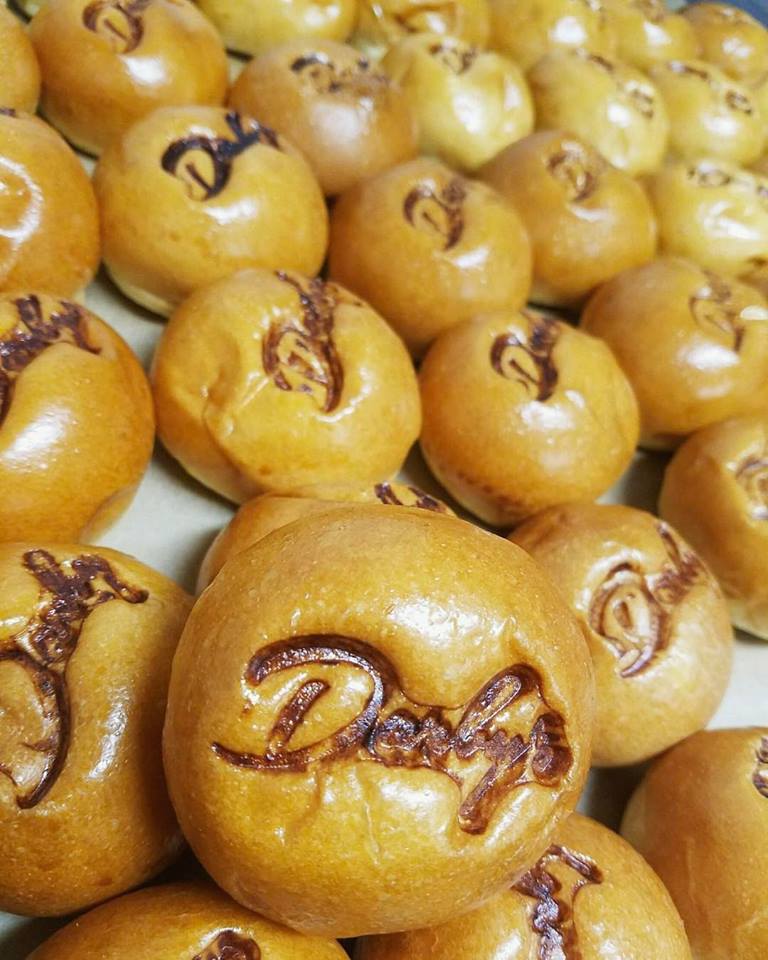 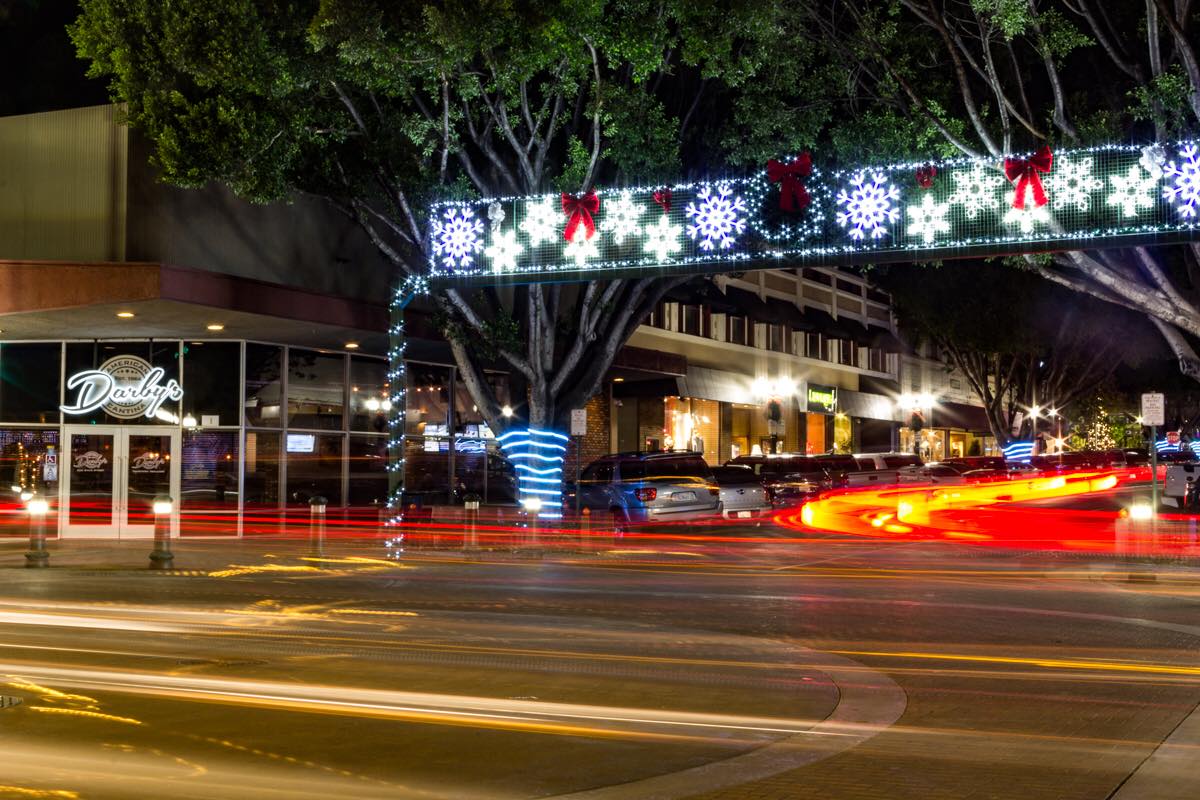 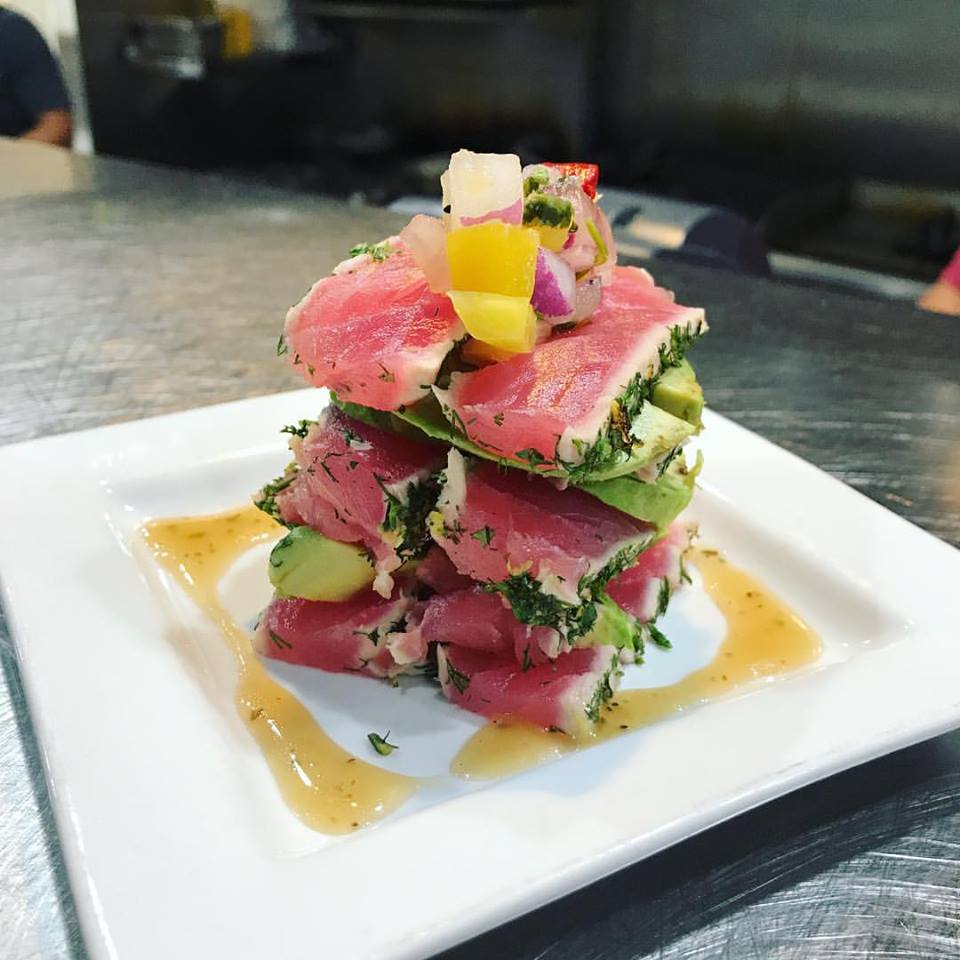 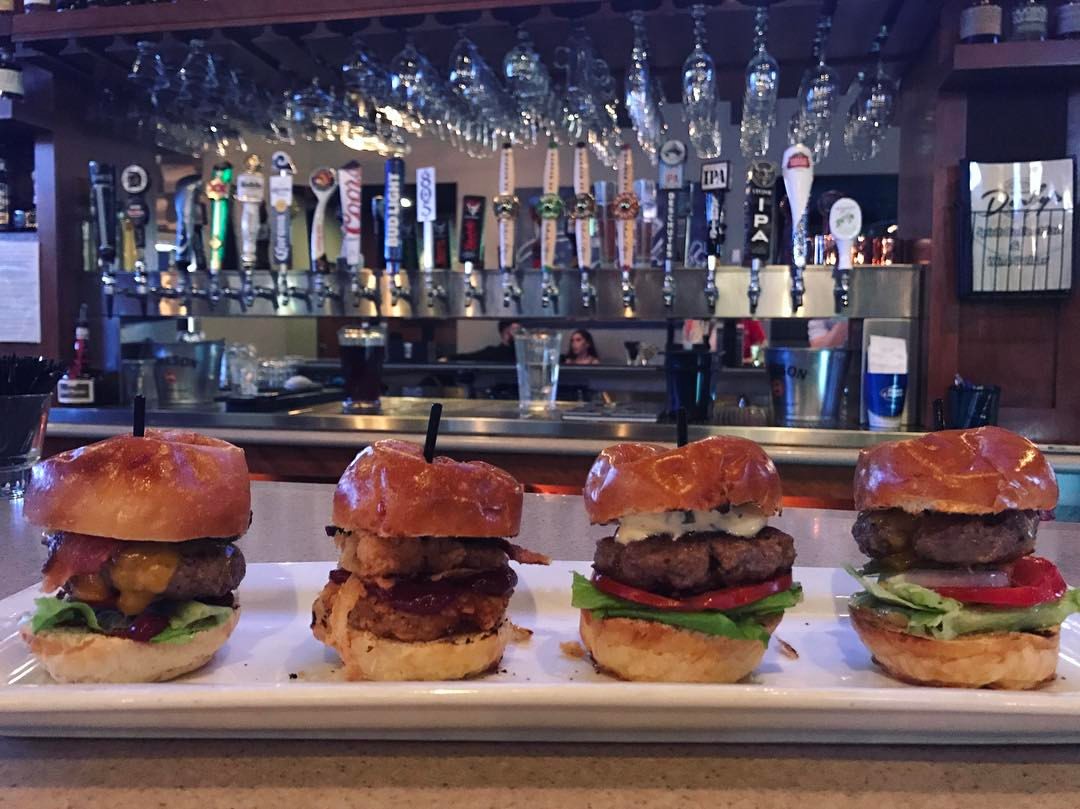 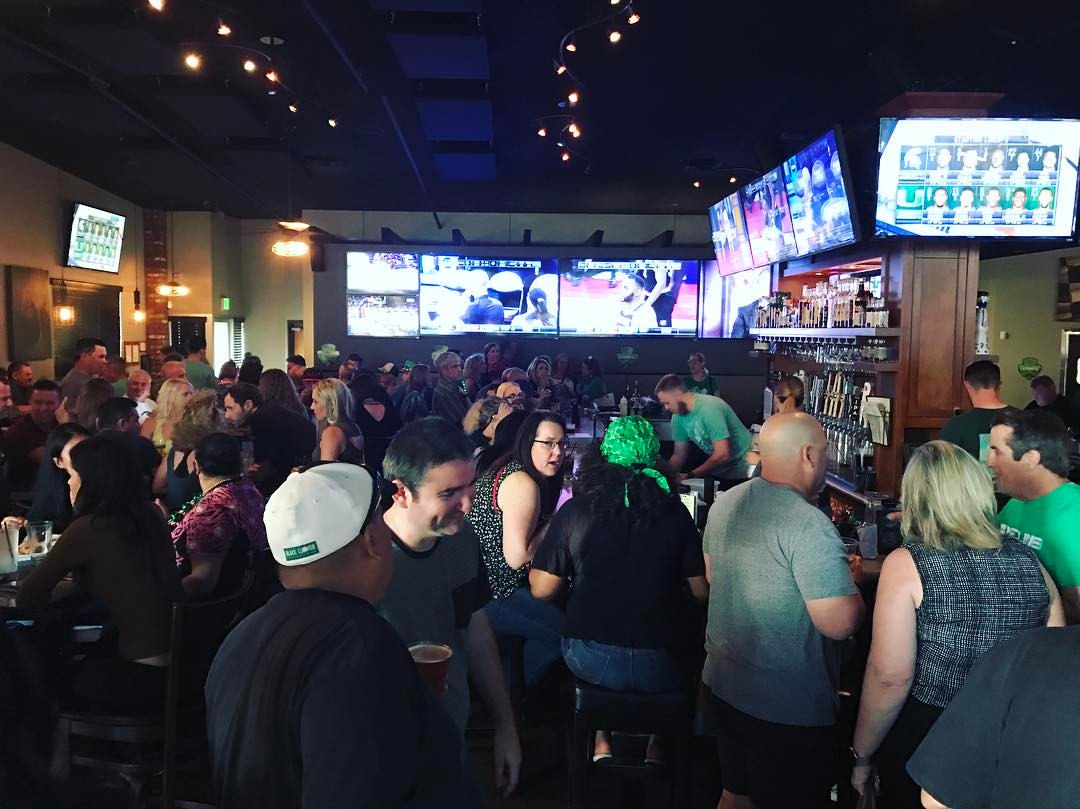 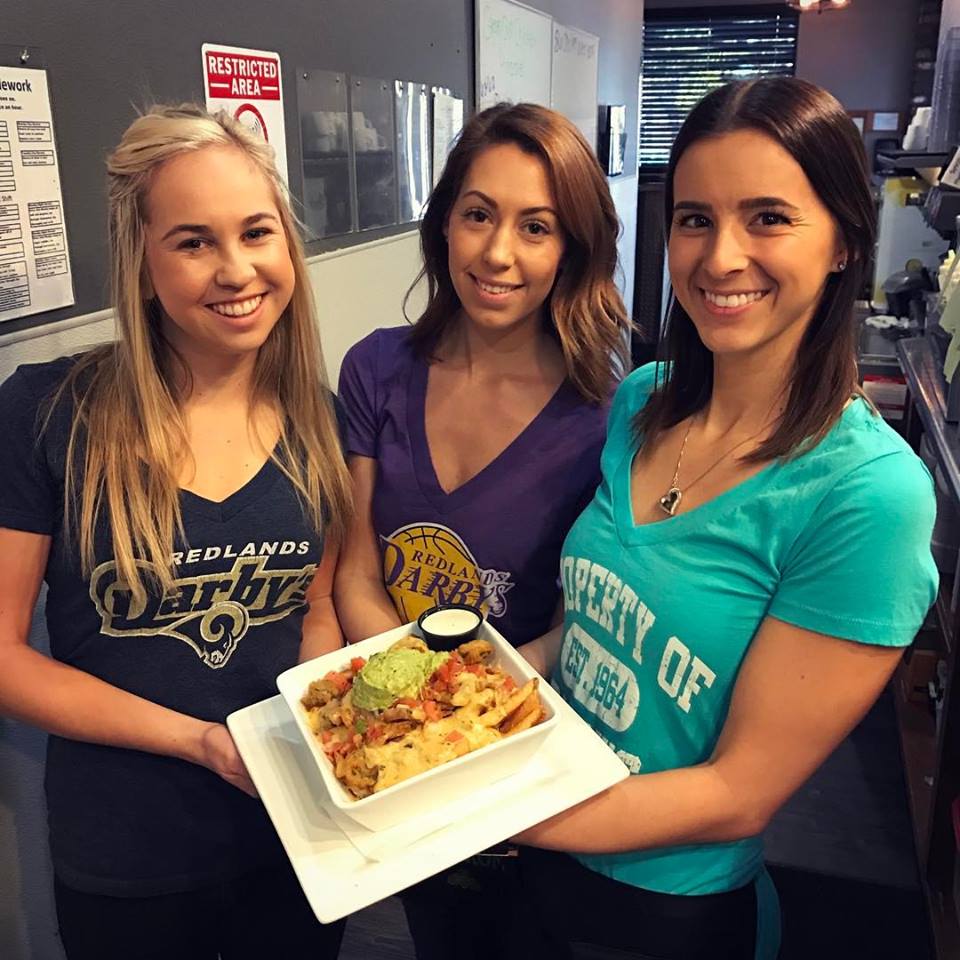 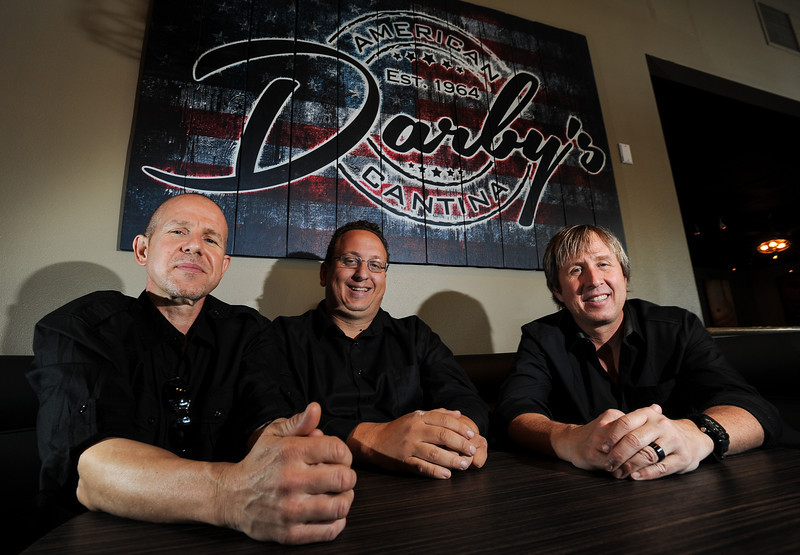 John Darby, right, along with his cousin Brian Pinkus, center, and younger brother Jim Darby, are co-owners of the new Darby’s American Cantina in downtown Redlands on Tuesday, Jan. 14, 2014. The new restaurant recently started in Redlands with the hope of providing downtown with tex-mex flavor. (Photo by Rachel Luna / Redlands Daily Facts)