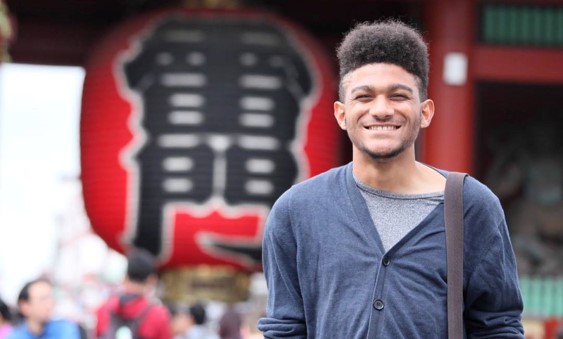 Today we’d like to introduce you to D’Anthoni Wooten.

So, before we jump into specific questions about the business, why don’t you give us some details about you and your story.
I have always been the type of person to yearn to see the world and to learn culture and language. However, I believe that music is the one language that can communicate to any human being. My love for music started when I was a child. My family is originally from the Kansas City area (Kansas side) but I was actually the only one who was born in a different state: Orlando, Florida. My dad switched jobs from time to time so most of my memories started sticking when I was in the car. My dad would play various CDs and types of music like Earth Wind and Fire, Sade, GAP Band, Public Enemy… the list that would be too long for me to say. However, when we first obtained a Nintendo 64 in our household I started listening to the music from games we bought. One of my first and most memorable video games that I had ever received was a game called Bomberman Hero which introduced Drum and Bass, Jazz, and House elements into a game.

My mother used to get angry with me because I would always have the sound turned up on full volume on the television (I promise I’m not going to go deaf yet mom!). When I first owned a handheld device I would literally just listen to the music in each level of a game and hold it to my ear on full volume. That’s when I began to realize that music can play a significant role in creating worlds within media and other art forms. When we finally settled back in Kansas, my parents decided to buy a piano… little did they know that’s exactly what I wanted around the house to learn more about those skills. I started taking piano lessons as a child from a company called the “Piano Man” back in my hometown which sadly went out of business. I was left pretty much on my own but I tried to play songs from games, the radio, or anything I could absorb.

Then later I took composition camps at a local college UMKC (University of Missouri Kansas City). My cousin also introduced music software to me at the peak of my elementary school years. I was just hungry to know more on how to write great music and what it took to do it on a professional level. I was fortunate enough to receive more piano lessons from a man named Willie Thornton, who told me if I didn’t learn his first lesson, he wasn’t going to teach me at all! Sure enough, I made sure I knew my stuff going in for my next lesson and he taught me a lot about music theory and jazz piano once he gained my trust.

Outside of music, I was super interested in learning a unique foreign language, and it turned out that Japanese was apart of my high school district’s language program in my hometown, Olathe, KS. This program was introduced through the link of our friendship city, Maebashi located within Gunma Prefecture of Japan.

Later on after High School, I attended my dream school Berklee College of Music in 2013 where I was able to pursuit Film Scoring and Electronic Production. I was also able to obtain the Video Game Scoring minor and after college I interned for a video game company in Tokyo, Japan called G-Angle. I knew my true passion was scoring for video games, but to be honest I just love world building and communicating through my music. Whether it’s a film, pilot, television program, commercial, I’m always excited to compose for it. Afterward, I returned to America and landed right back in Kansas and eventually decided to go full into the Los Angeles scene. I knew music in games and film were my passion and I knew that the only way to get there is through hard work and grit and by making the big leap. Up until now, I’ve worked on indie games and short films but have hopes to do larger work sometime in the near future.

We’re always bombarded by how great it is to pursue your passion, etc – but we’ve spoken with enough people to know that it’s not always easy. Overall, would you say things have been easy for you?
I think I’ve always been the “weird one” or the “doesn’t fill all of the black stereotypes” one. I’ve always played the role of the underdog. I don’t think anyone would picture a person who’s an orchestral game and film composer, pianist, Japanese speaker to be a black person.
When people look at me they don’t automatically go “You look like someone who writes music for games and film.” In fact, although the industry in games and film talks about diversity within its borders, I always end up being one of the only African Americans in the room. And in many instances, people become a bit surprised with some of my experiences or when they listen to my work. It doesn’t shock me, but it is a repeated theme that I have to live with it every day.

My motto is that nothing is ever handed to you, you have to earn it. There will always be struggles and adversity but that always seems to drive me to work even harder. In fact, I believe that having obstacles gives me a reason to pave the way for the next generation of composers. And of course as a musician and composer, there will always be critique on everything about you: Your work, you as a person, your skillsets, your style, your age, your looks, what you stand for, the list can go on and on. But using that as a stumbling block will only prohibit you from propelling forward. Critique is in the nature of scoring music to a project, we just have to get used to it. And you know what the funny thing is… critique has always made me improve.

At first, I used to blame what I looked like for my shortcomings as well as being a minority in pretty much every environment I’m in. I want people to trust me because of my work and my musicality, not from how I look. Being diverse for the sake of diversity is meaningless I think. Just bring your skills to the table and bring that extra spin that others might not know about you. Always hone your skills and abilities.

So let’s switch gears a bit and go into the Melodic Vision Music story. Tell us more about the business.
My company, Melodic Vision Music, is a video game and film scoring company. Scoring to media literally translates to writing or composing music for media. The idea of Melodic Vision Music is to help create the sonic world and to help tell stories of our media clients. There are many hats we have to fill within our company outside of the ‘composer’ role. We also provide mixing, mastering as well as the option to record and hire live instruments for your score. We also can outsource other composers or assistants to work in as a team depending on the amount of the work and the time that is being spent on a project.

One thing that I am the most proud of is the wide variety of clients that we have worked with. Each person has a different story they want to tell. We want to help build a healthier market for film and games and to help give small film production companies a fair mean to get their foot into the industry. The thing that really sets us apart is the wide range of styles we can write. I think having an open mind about music is required to survive in the film, game, and television industry. It’s very easy for me to be a sort of chameleon in the sense where I can adapt to a project according to its needs. I think the biggest goal for the company is to have more of a national and international presence outside of Los Angeles in the future.

Has luck played a meaningful role in your life and business?
Honestly, I don’t really believe that luck happens, I believe everything happens for a reason. Even if it’s something that feels like a challenge there might be something hidden underneath it that will propel your life or aspiration forward. God crafted me for my work so all of my successes and failures are already set into motion. 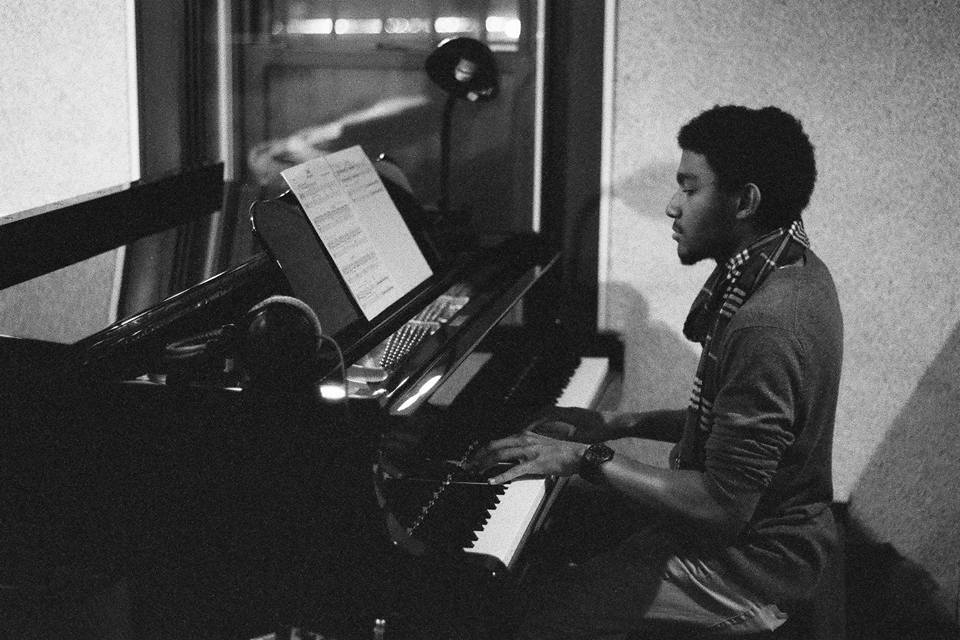 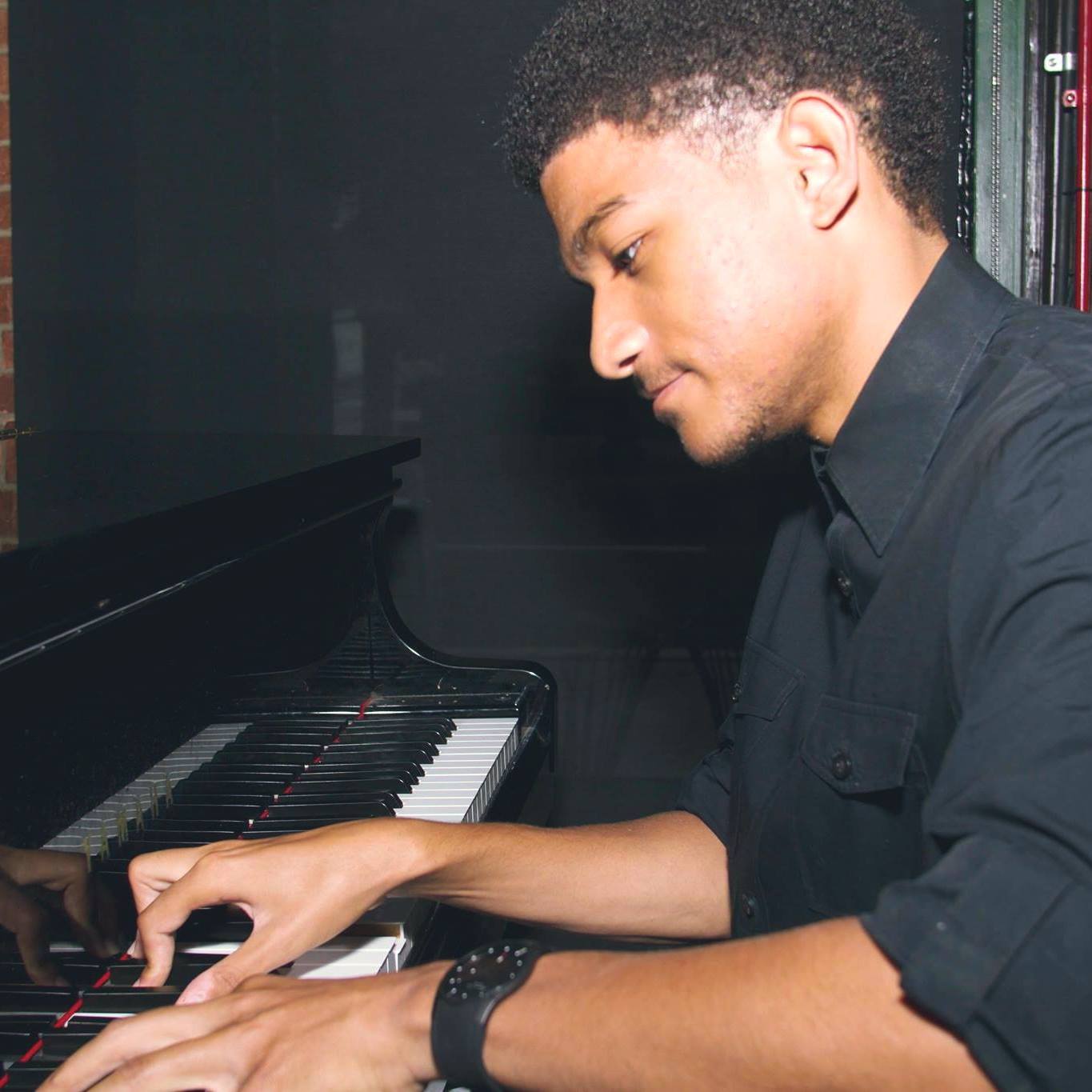 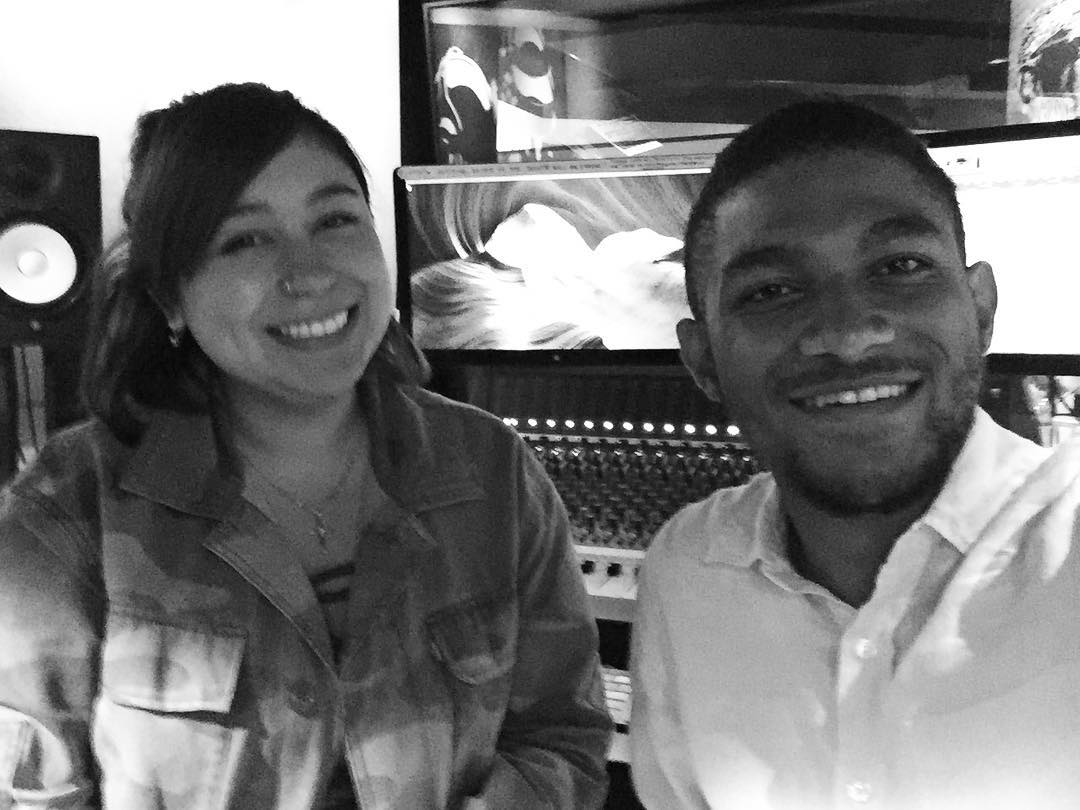 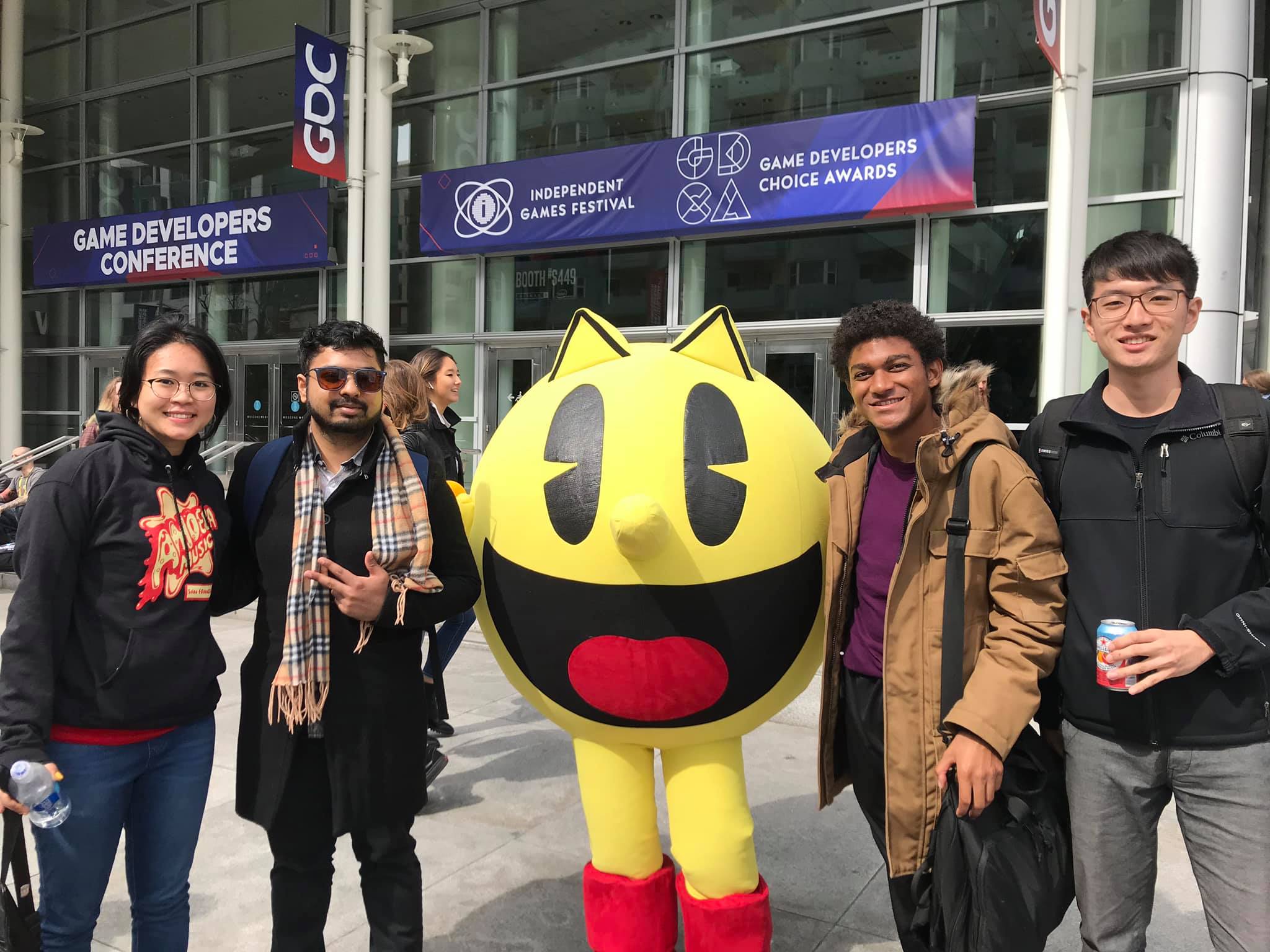 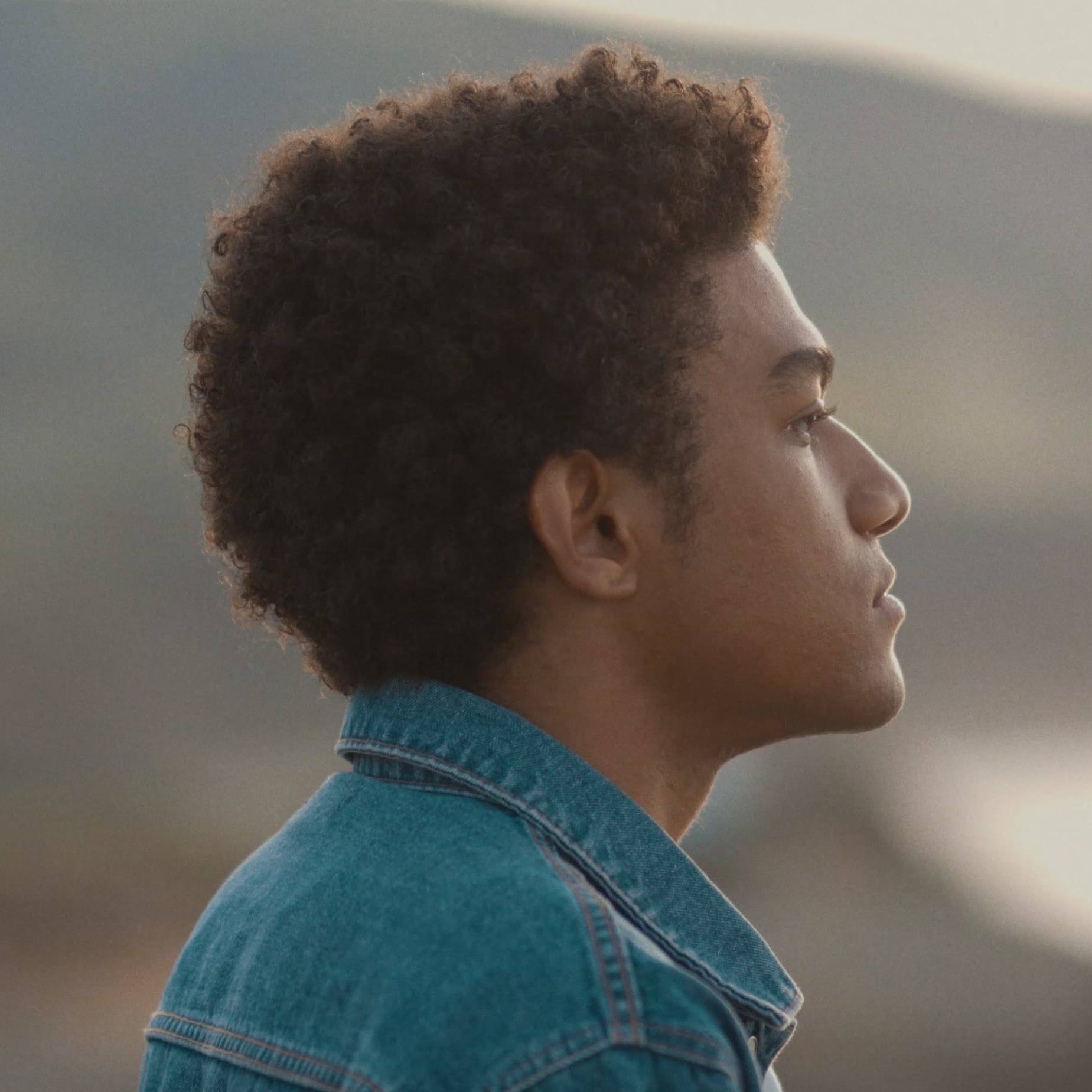