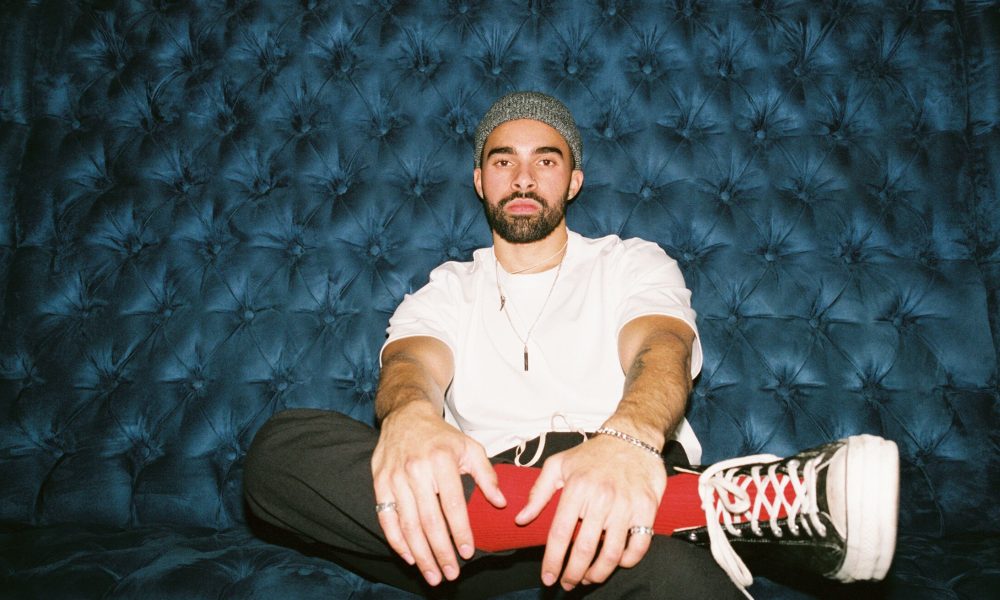 Today we’d like to introduce you to Donnie Cupid.

So, before we jump into specific questions, why don’t you give us some details about you and your story.
I am a 22-year-old artist, writer, producer & actor born in San Francisco’s historic Fillmore District to an African American mother, and an Irish-Italian father. I was literally born into making music. My mother was a trained gospel singer & my father was a gifted lyricist & MC. While my mom was pregnant with me, she was singing hooks on my father’s songs. So I was in the studio before I even breathed my first breath. My family made sure to expose me to every kind of music imaginable, which would go on to inspire my creative process.

My sister was the first to discover my singing abilities. I remember she had a bunch of friends over when I was six years old & Mario’s “Let me Love You” came on. I started singing & dancing to the track and the room lost their minds. At that moment, I became addicted to entertaining people, and that sparked my love for performing.

I literally did anything I could to perform as often as possible in every lane possible. I toured with the Grammy Award-winning Pacific Boys Choir Academy & performed at both school and community plays & musicals while finishing grammar school. I even formed a dance group with two of my oldest friends just to experience that feeling. By 12, I was releasing music and went on to form a band called The Newcomers (later New Soul Era). We headlined legendary Bay Area venues like Slim’s, Sweetwater Café, The New Parish & Yoshi’s. After being with the band for a few years, we decided to explore our individual careers, and I began releasing music under Dante Ryan. After a few more years of that, I put together a team and created Donnie Cupid, bringing us to the present.

We’re always bombarded by how great it is to pursue your passion, etc – but we’ve spoken with enough people to know that it’s not always easy. Overall, would you say things have been easy for you?
Being an entrepreneur is never easy & when you pair that with something creative it gets even harder. The numbers show that what I am doing is nearly impossible to actually accomplish, but I decide not to focus on that. Instead, I focus on the journey which has admittedly had its ups and downs but never ceases to keep me on my toes. I’m doing what I love at the end of the day so no matter how smooth or bumpy the road gets, it continues to be worth it. I credit my family & network of people for supporting the pursuit of my dreams. It simply wouldn’t be possible without them in a business that is so emotionally taxing. I am super grateful I have something so rare in all of them and make sure to work as hard as I can for them. I believe that talent and dedication are enough to get anyone anywhere.

We’d love to hear more about your work and what you are currently focused on. What else should we know?
At 16, I dropped my first single and video called ‘Living Life Like Yeah’. At 17, I dropped the single ‘Modern Cleopatra’ (featuring Sage the Gemini), & a 5 song EP called ‘Toxic Fool’. At 18, I released my single ‘Mimosa’ (featuring Rexx Life Raj) which was played on KMEL and featured on BET Jams. I followed that with a love ballad called ‘4 Ur Luv’ which was featured on many playlists and again on BET Jams as well. I then released a final EP under the Dante Ryan titled called ‘Raw’, followed by a final single titled ‘Philautia (Self Love)’.

I then took a step back from music and began training in the Meisner technique at Elizabeth Mestnik Acting Studio in North Hollywood. I wanted to find myself on a deeper level and enrich my creative process. The result of that training was the creation of Donnie Cupid. An artist with the same honesty as Dante Ryan, with an increased focus on self-love & the pursuit of happiness. Highlighting not only the good times in life but also the bad times & how those bad moments make us stronger. I then got in the studio with Bay Area producers DTB & Ekzakt knocking out 27 songs in 10 studio sessions. Two of those songs feature the legendary Reggae artist Fiji & are on-air in Hawaii, New Zealand, & Australia.

I’d say the biggest thing that sets me apart is my attitude around what I do. I don’t make music or act for fame or notoriety, I do it because I am not complete without it. On top of that, the work is literally about expressing your truth and trying to inspire others to find their truth in your creations. What about that could ever be boring?! I understand to actually get to a point in my life where I can live off of my passion requires constant hard work and limited distractions, but if you love it why would you need anything else! This is how I approach both family & career.

Has luck played a meaningful role in your life and business?
I don’t personally believe in good or bad luck. I believe those things are created. Yes there is such a thing as being in the right place at the right time, but what were you doing to be in that place? If there is a pivotal person you meet were you mentally, physically & emotionally prepared to speak with them? Do you have a network of people to draw on and make the interaction feel more organic? Obviously, if you stay at home on the couch all day you wouldn’t have met the person, and even if you did meet them, you wouldn’t have been ready to hook them with your vision.

Personally, the ‘luck’ in my life came from putting together an incredible team of people that help me turn my dreams into reality. Together, our reach is bigger, more organic, and more efficient. I believe in my line of work no one can actually accomplish much alone, and when I became a team player, way more monumental things began happening for me. The biggest part of all of this though is keeping yourself in the right mindset to be that team player. For me, working out, meditation, and being in nature keep me on track. I approach every moment with purpose, even if the purpose is to rest or socialize. After all, I am supposed to love what I do! I am lucky to be around people my age who are also accomplishing amazing things and inspire me as much as I inspire them. 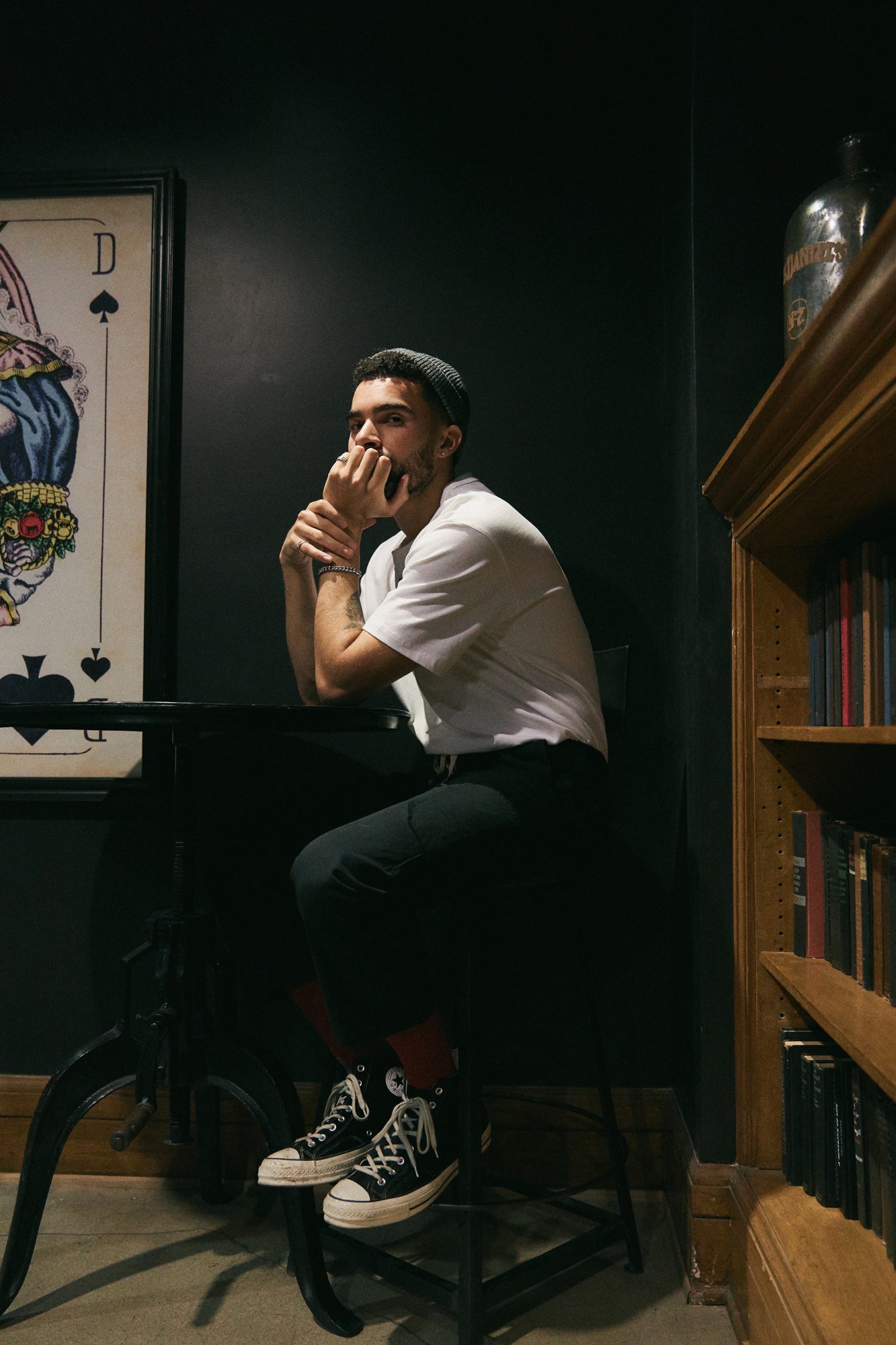 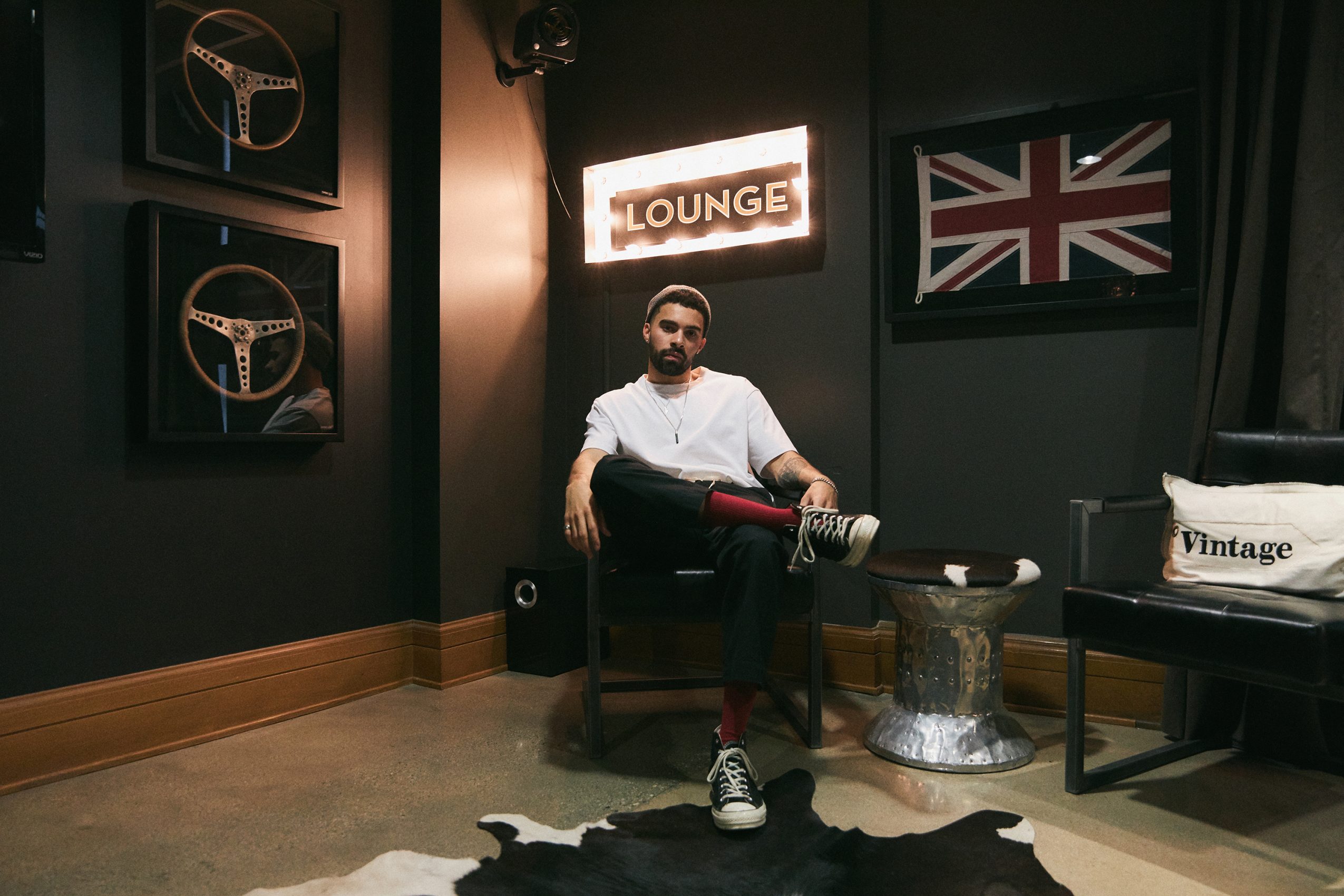 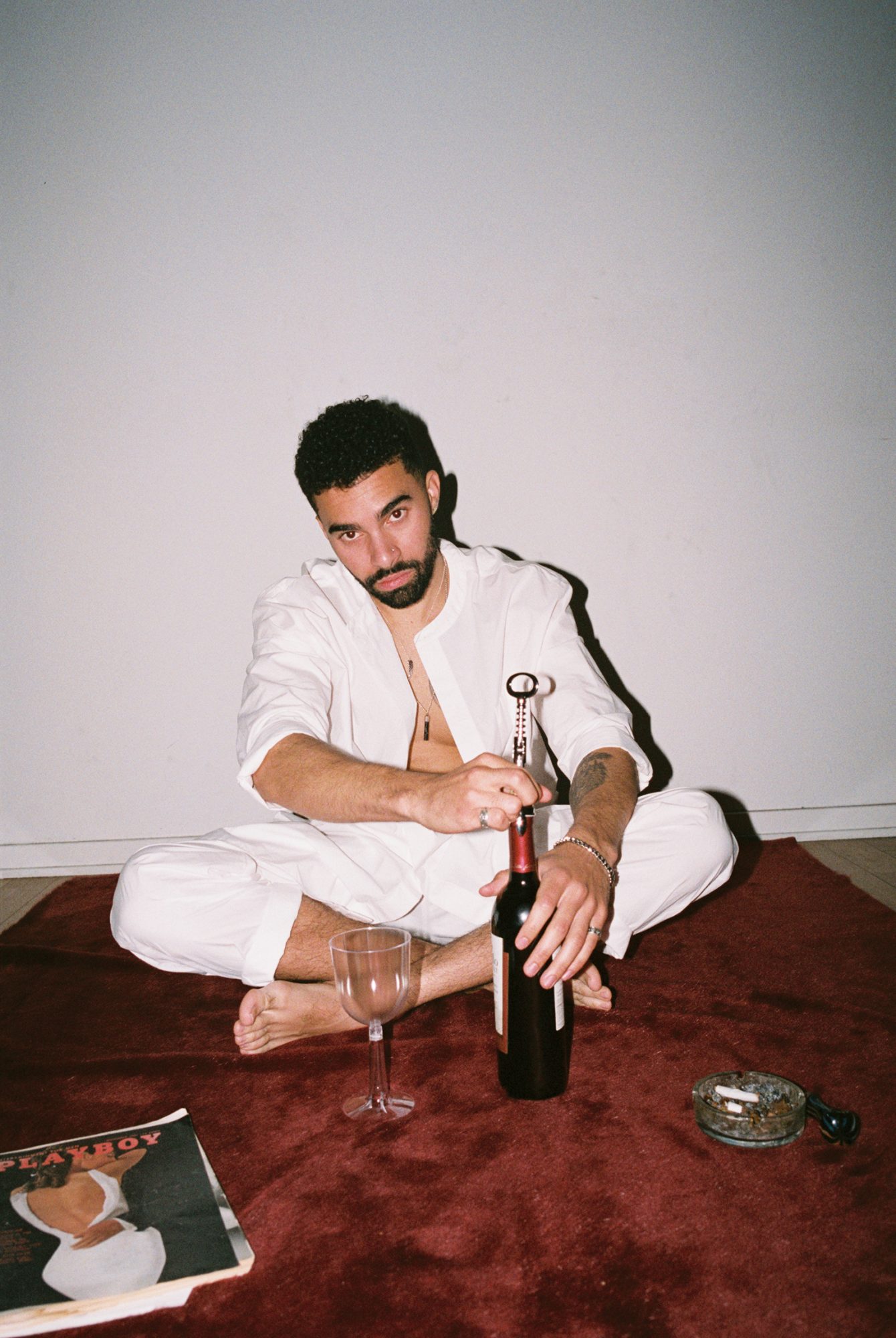 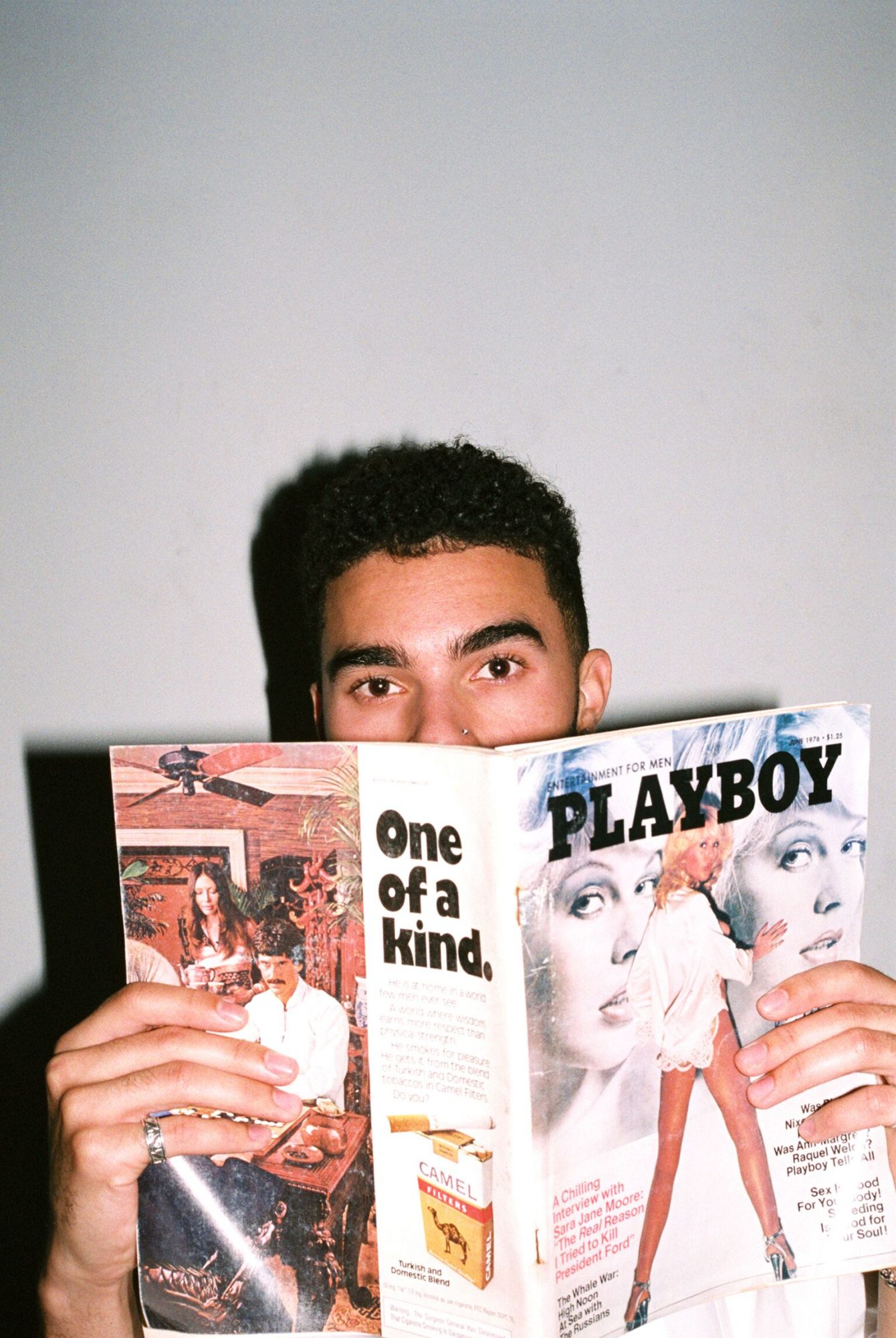