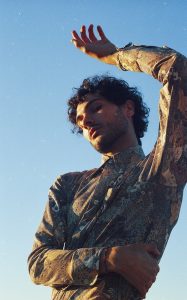 Today we’d like to introduce you to Danny Murcia.

Alright, so thank you so much for sharing your story and insight with our readers. To kick things off, can you tell us a bit about how you got started?
I was born in Bogotá, Colombia but grew up mostly in South Florida, where I developed my intimate relationship with music from an early age. I started writing and producing my own music around age 14, and later as a college student in New York City I decided my singular goal would be to get my songs recorded by established artists. After working an internship at a record label and sending my demos out to any A&Rs and managers I could find on Twitter, I eventually caught the ears of a manager who helped guide my efforts to land my first placements. Among those first artists I worked with while still in college were Pitbull, Celine Dion, and will.i.am. This period taught me invaluable lessons about the craft of songwriting and the pop music business, but it also introduced an incredible amount of pressure on my creativity that I was not prepared for.

Suddenly I was signed as an artist to a major label, with the expectation of delivering a radio-ready debut song. Aside from that, I was immediately typecast as a Latin pop artist because I was a bilingual Latino and because of my association with some of the artists I had produced. I struggled for years within that limiting box as I learned a necessary lesson in the difference between artistry and commerce in music: I eventually experienced a crash-and-burn moment of reckoning in which I finally decided to part ways with that team, I fell very sick both physically and mentally, and had to rebuild my career from the ground up with a completely different intention, That intention has carried me forward into this current chapter, where my artistry as El Mañana reflects a reclamation of my own creative and bicultural identity as well as a holistic approach to production and songwriting that focuses more on personal healing, artist development, and community-building than writing hit singles.

We all face challenges, but looking back would you describe it as a relatively smooth road?
I owe every bit of the clarity and intentionality I carry into my work today to the dark places I’ve experienced through my journey as an artist. During my first record deal, I became heavily disillusioned with the music industry as I navigated being stereotyped because of my Latinx identity and kept in a market-friendly box that restricted me from expressing myself authentically. The continual rejection I experienced from industry gatekeepers as I attempted to find my voice under the microscope of a label ultimately led me to a point of creative paralysis and severe depression. Around the same time, I began experiencing extreme oscillations in energy and self-esteem that were later diagnosed as bipolar disorder. That diagnosis sent me on a separate, inner journey to understand my family’s history of mental illness and addiction, which had begun to manifest in me to a debilitating degree.

Months after I parted ways with my team and decided to put music on hold, I was diagnosed with testicular cancer and underwent two intensive surgeries within the span of a year. It was during this whirlwind of physical and mental illness that new music started trickling out of me again, this time as an effort to heal and forge new hope. “El Mañana,” Spanish for “the future,” became a kind of mantra for me and my family during my recovery as a practice in optimism, and I wrote a song called “Gota en el Mar” (drop in the ocean) about the bleak hopelessness I felt underneath the combined weight of bipolar depression and cancer. Through these transformative experiences, I ultimately emerged to reclaim my creativity and sense of self, returning to music with a new artistic mandate, a commitment to wellness, and passion for helping other artists create authentically with an integrative approach to production and songwriting.

Thanks for sharing that. So, maybe next you can tell us a bit more about your work?
As an artist, I am known for writing introspective Spanglish lyrics and often melancholy songs over a blend of lush distorted guitars and Latin American rhythms that falls somewhere between alternative rock and pop. As a producer, I strive to be more like water — adaptable to whatever each situation calls for. I take pride in producing in an integrative style that combines the openness of therapy, the encouragement of a trusted friend, and the meticulous care of a craftsperson. Because I have sat in the artist chair in countless sessions across from other producers, I deeply enjoy curating and maintaining a nurturing environment for the artists I work with. I thrive on variety and drawing from multiple genres, so I am currently working on a myriad of projects that blur the lines between Rock, R&B, Indie, Latin, Pop, Jazz, and Hip-hop.

Risk taking is a topic that people have widely differing views on – we’d love to hear your thoughts.
Pursuing a career in music is itself an enormous risk that can, to borrow an Elon Musk quote, feel like “chewing glass and staring into the abyss.” It requires an insane amount of belief and work that isn’t always paid, as well as a supreme level of comfort with uncertainty. With that one aside, I took a major risk when I asked to be released from my first record deal, forgoing the mainstream path and choosing instead to forge my own path as an independent artist. It’s a risk that has afforded me absolute control over my own creative destiny and allowed me to hone in my art with authenticity as the highest priority, which over time has organically earned the support of champions who truly value what my art stands for. As a producer, it’s always a risk to take on a new project because you can only hope that the work you put in will see the light of day and get the right push to move visibly and audibly through the world. That said, I choose my projects based on instinct, on what stirs something inside of me and resonates emotionally or culturally on a deeper level. 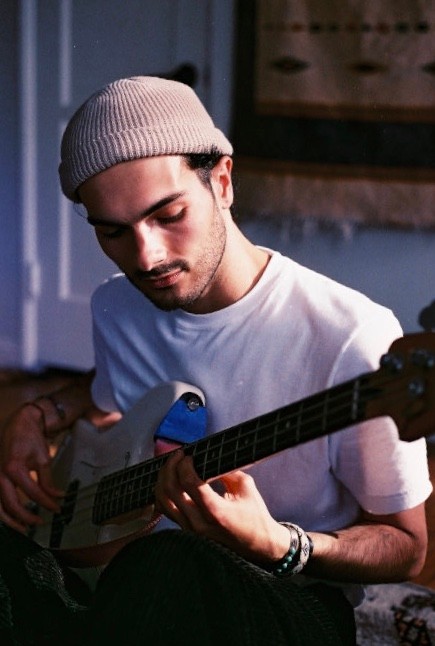 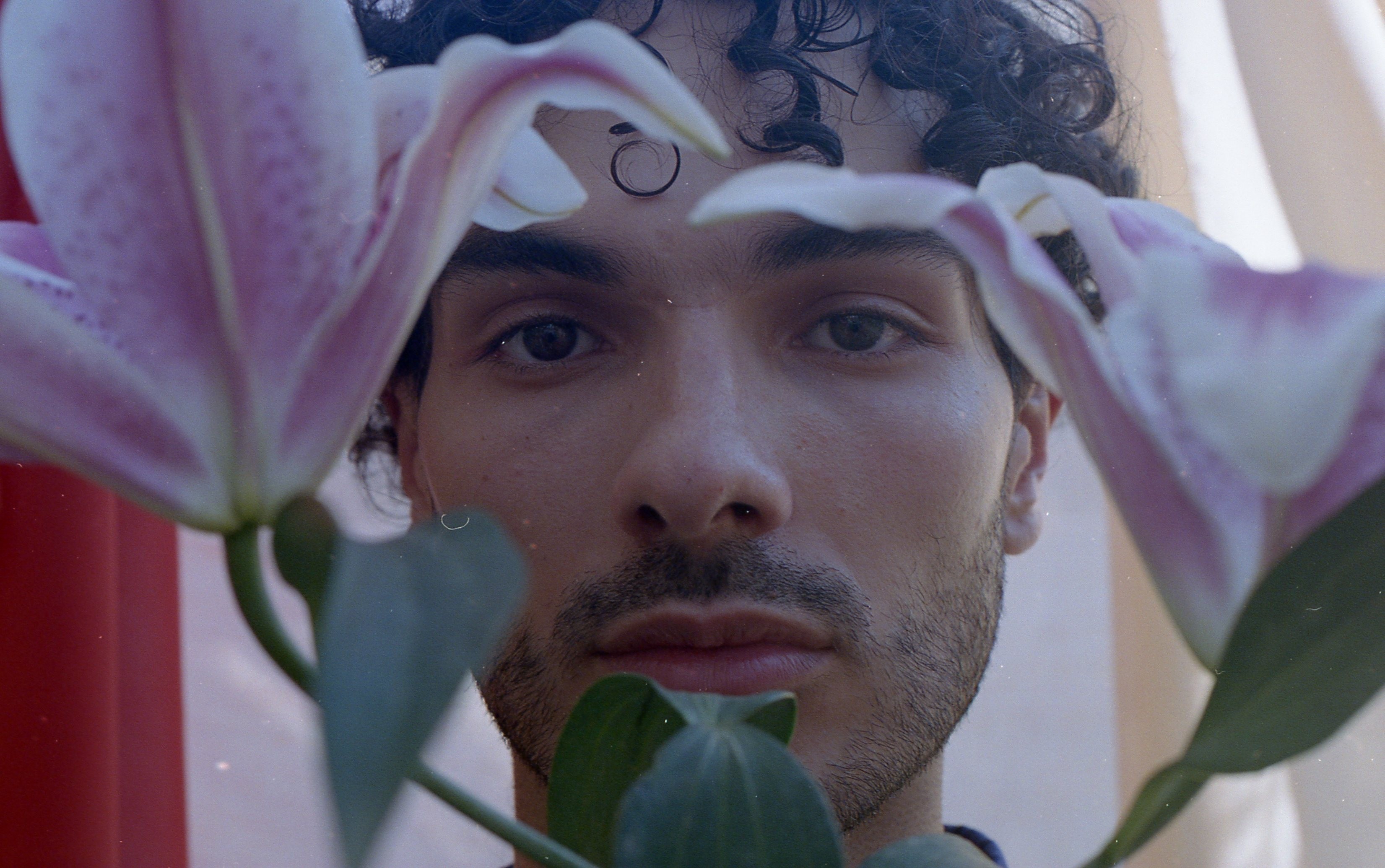 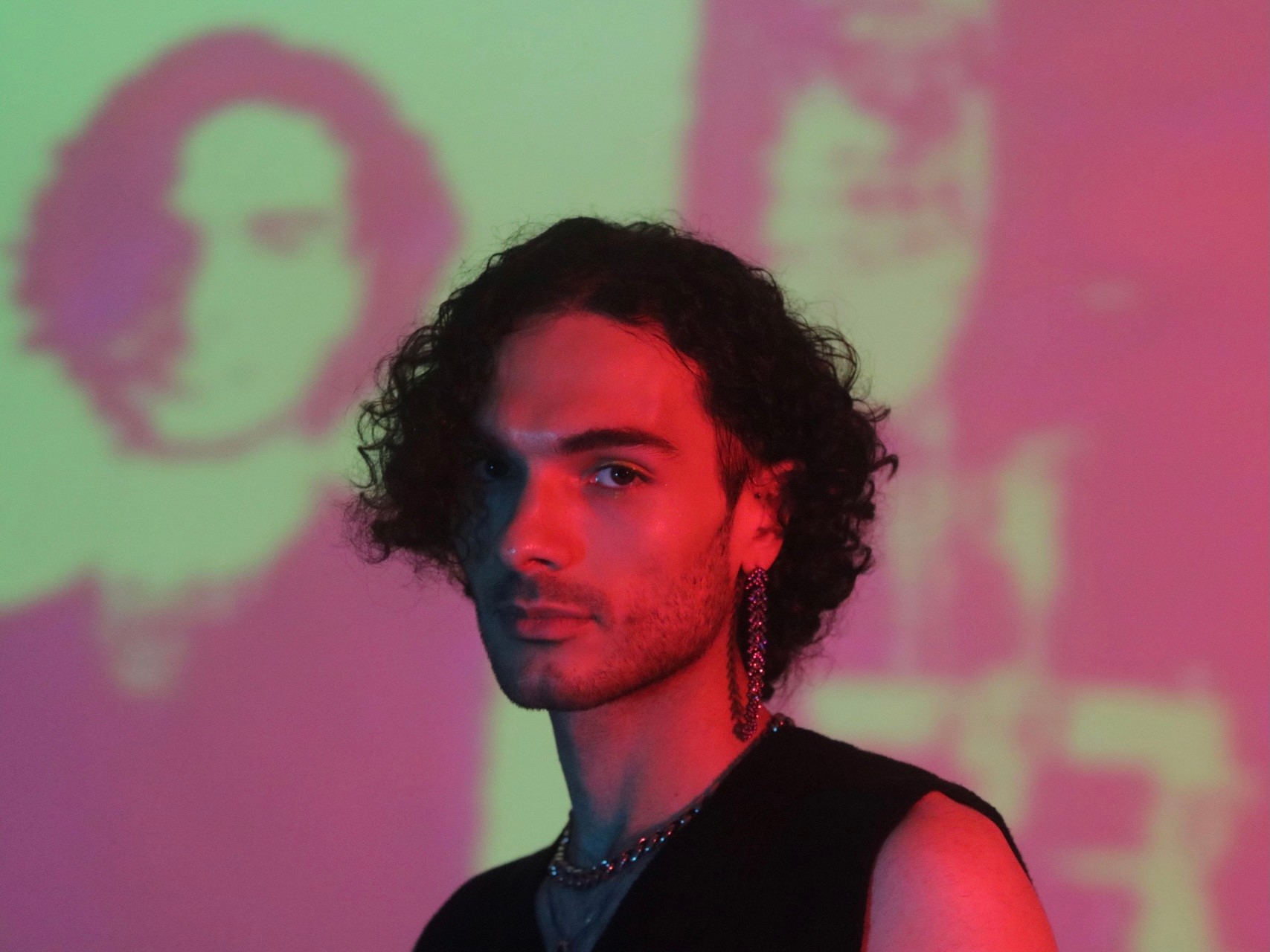 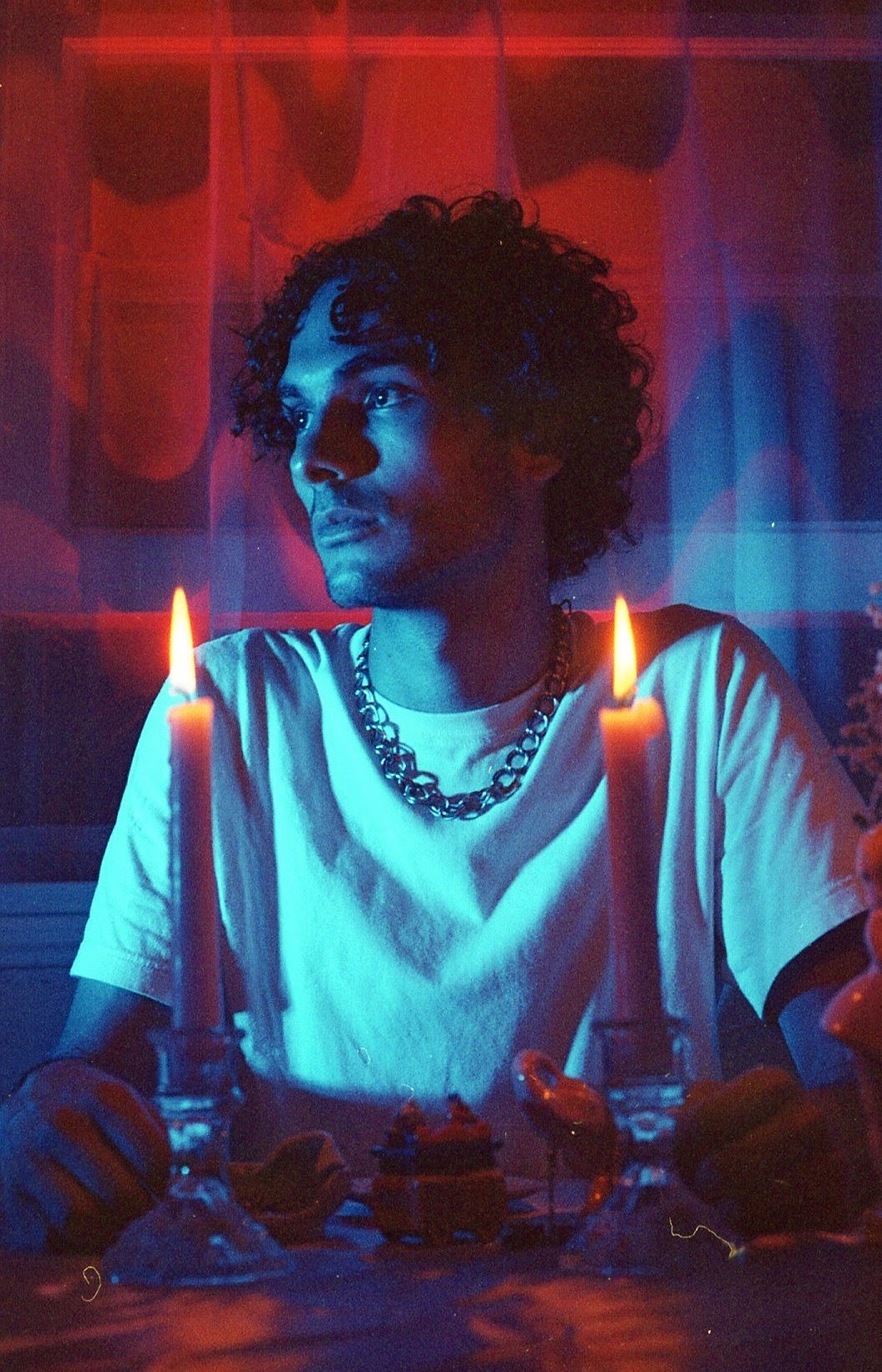 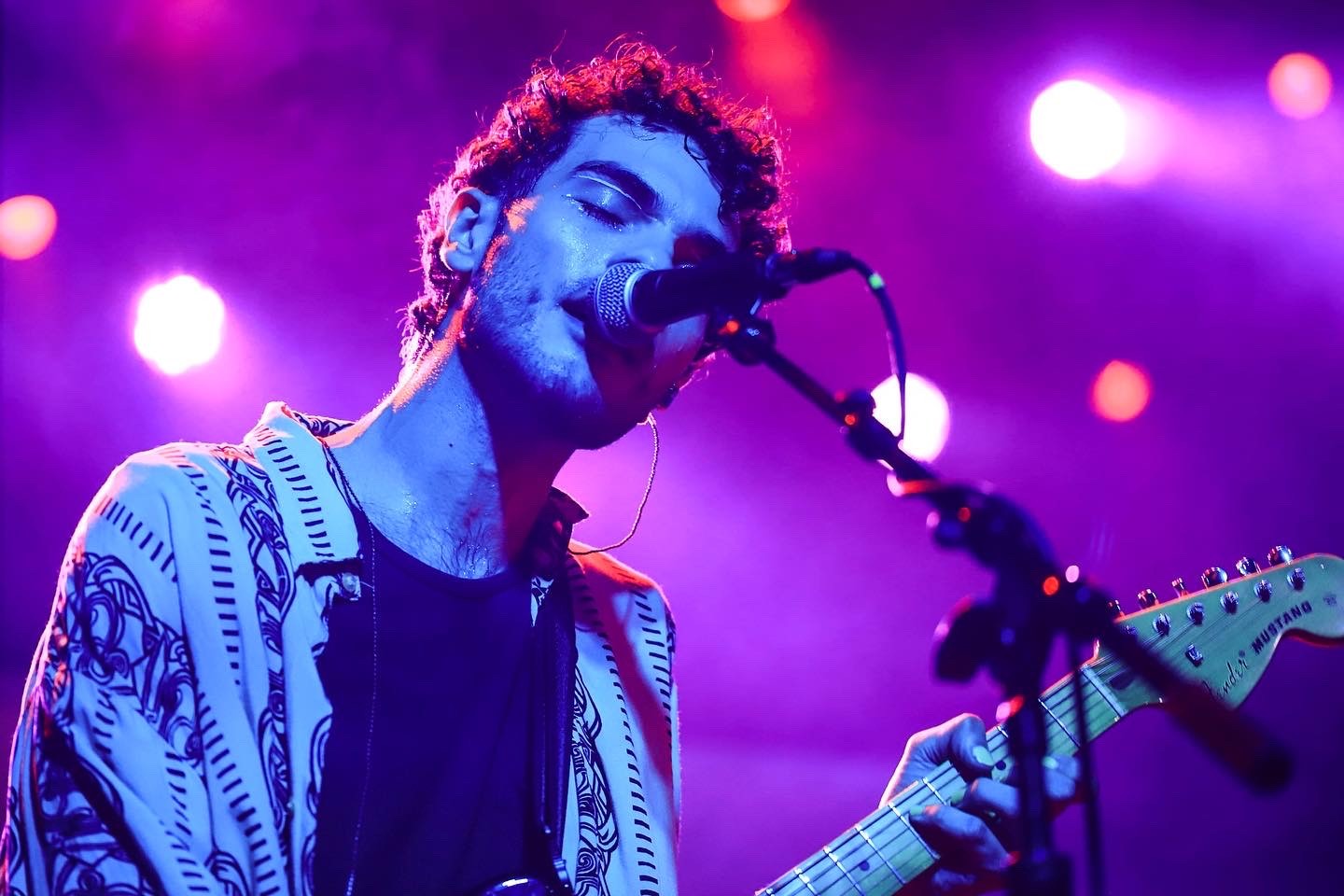