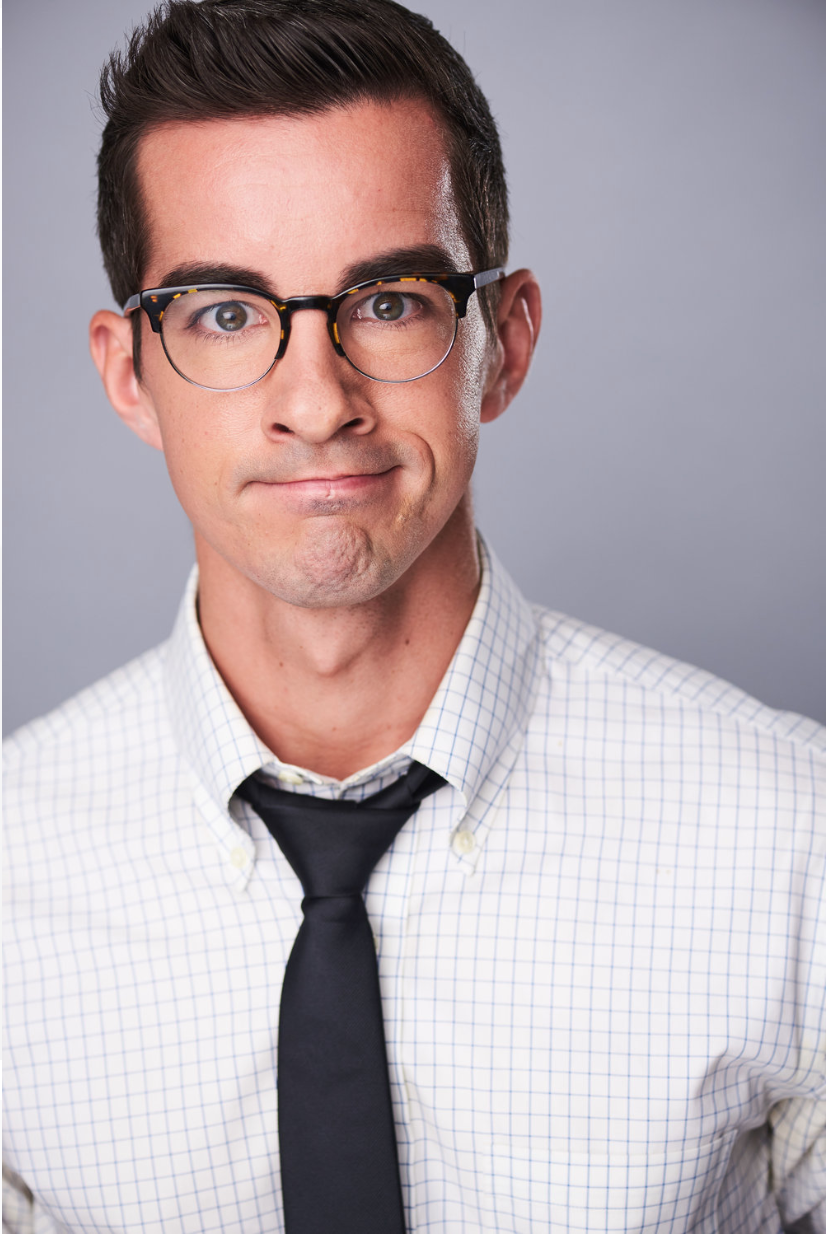 Today we’d like to introduce you to Danny Gomez.

Danny, let’s start with your story. We’d love to hear how you got started and how the journey has been so far.
I can’t remember when I started calling myself an actor, but I also can’t remember when I didn’t. I’m the middle of five kids and I suppose we all found our own ways to pull focus – I was the loud performative one.

That energy really got focused when I was in the fourth grade. I had this great teacher, Barbara Fitch, she made us read a book every other week and then do a creative project. I’d read a book I ordered with the Scholastic Book Club, open up Windows 95, type out a scene based on that book, then listen to the “ch-ch-ch-chhhhhh” as the continuous stationary fed through our printer, excited to fold and tear off the perforated edges while debating who I’d cast as Superfudge. Ms. Fitch encouraged me to audition for the local theater. Next thing I knew I was riding in the limo my parents had chartered to opening night of the first show I was ever cast in.

If my life were a film the transition would be as follows: A nine-year-old Danny steps into the limo with stars in his eyes and big hopes for the future. The limo pulls away as a Greyhound bus pulls up. Now 18 years old, Danny steps off the bus and looks up in awe at the grand buildings of 7th avenue in NYC. This beautiful moment breaks with the sound of a car honking and a passerby slamming into him reminding him to watch where he’s walking. Welcome to the Big Apple.

New York was a great reality check for me. You can either get on board and work hard or get out. I trained at The New York Conservatory of Dramatic Arts, the Atlantic, and with UCB. I was a typical New York actor working at a restaurant, and occasionally doing an improv show, commercial, or extra work. After ten years of taking classes and training, I realized that I wasn’t an actor, I was a student. You should be both of course, but I would take classes and tell myself that I was “working on my career,” when in reality I was just too scared to put myself out there. I moved to Los Angeles that autumn.

My 20s in New York were all about partying, socializing, and figuring out life. I moved to LA at 29 with maybe a friend or two also living out here. That lack of distraction allowed me to dive into the work needed to have a career. I started writing, performing stand-up, taking classes at John Rosenfeld Studios (which I can’t recommend enough), and – most importantly – submitting myself every single day for every single project that I felt right for. It’s been three years and it’s paying off.

I’ve been fortunate and so far this year alone I’ve book 4 commercials, 8 industrials, 2 short films, 2 web series, 1 pilot, 1 feature film, and 2 plays that received great reviews (one of which I received an Outstanding Performance award for). That’s in addition to auditioning for multiple series regular roles, guest stars, and co-stars.

Am I the lead in my own sitcom? No, not yet. Am I still working in a restaurant? Yes, but I no longer am a server who sometimes acts – I’m an actor who sometimes serves. And that feels great.

Great, so let’s dig a little deeper into the story – has it been an easy path overall and if not, what were the challenges you’ve had to overcome?
Oh man, I don’t think smooth roads exist, and if they do, what a boring journey. My sister, Jo, and I always say we’re the luckiest unlucky people. We moved to a new city when I was a sophomore in high school which was incredibly difficult. However, the new school shaped my life. The fine arts department at Germantown High School is unlike any other, boasting a multi-million dollar TV studio, $100k+ musical productions, and it’s completely student-run. By the time I graduated, I had multiple hometown video awards, a student Emmy, and I had learned how to work hard and be nice. Despite that, I was also incredible angsty, with, at the time, a rough home life.

When I moved to NYC I had a full-on substance abuse problem. That problem eventually manifested itself physically. From about 18-22 I had developed a condition that my doctor called solid edema. My face was perpetually swollen – people frequently asked me if I was an Eskimo. This killed my confidence and led to more substance abuse issues. Looking back I don’t know if the booze and drugs caused my swollen face or if my swollen face caused me to use the booze and the drugs.

During those years I gave up hope that I could ever be an actor. I felt I was too ugly and deformed – a face made for radio.

Things came to a head one summer when I was back visiting from NYC. I blacked out drinking Everclear and then took acid. That night I dove through a second-story window completely naked and landed on the concrete below. Miraculously I was uninjured (something that while still under the influence really fed into my belief I was Superman).

Diving through that window really woke me up, and while I didn’t get better immediately (there are many more stories.) it made me start to question why I was acting the way I was and I started to change my behavior. I also found fitness. Today I’m a huge yogi, runner, and cyclist. Those things have had a big impact on my life.

With time as those terrible internal feelings started to go away, so did the swelling in my face. By 23 I looked like myself again, but a lot of the self-confidence issues wouldn’t reside until I was in my late 20s. Probably why I stayed a student for so many years rather than going out and auditioning.

We’d love to hear more about your work.
I’m an actor, host, writer, and comedian. If John Mulaney and Ryan Reynolds had a love child, you’d get me. I’m a handsome nice-guy with just enough snark to still be charming.

I’m a proud member of The Road Theatre Company here in LA. I love physical comedy and finding small moments. Things as small as a side-eye or a take to the audience result in huge belly laughs. Some people like Obama, some people like Trump, but all people like to laugh. It’s incredibly unifying. I love theater but I really want to be doing more television. My goal in life is to one day play a Phil Dunphy on a show like Modern Family. Dad humor isn’t bad humor it’s rad humor.

I hosted a political segment for Prompt News for about a year. I want to do more live events, I recently hosted a lip sync battle at my yoga studio and it was a blast. I perform stand up comedy around Los Angeles. I’d really love to write for a sitcom.

Do you look back particularly fondly on any memories from childhood?
When I was young we use to go stay at my grandparent’s house pretty often. Every morning I would come into the kitchen where my mom, my stepdad, my brothers and sisters, and my grandma would be sitting around the table. My grandpa would then walk in and without fail say to me, “Who’s the dickhead of the day, Danny?” and I would always respond, “You are Daddy Bob!” Everyone would laugh together. 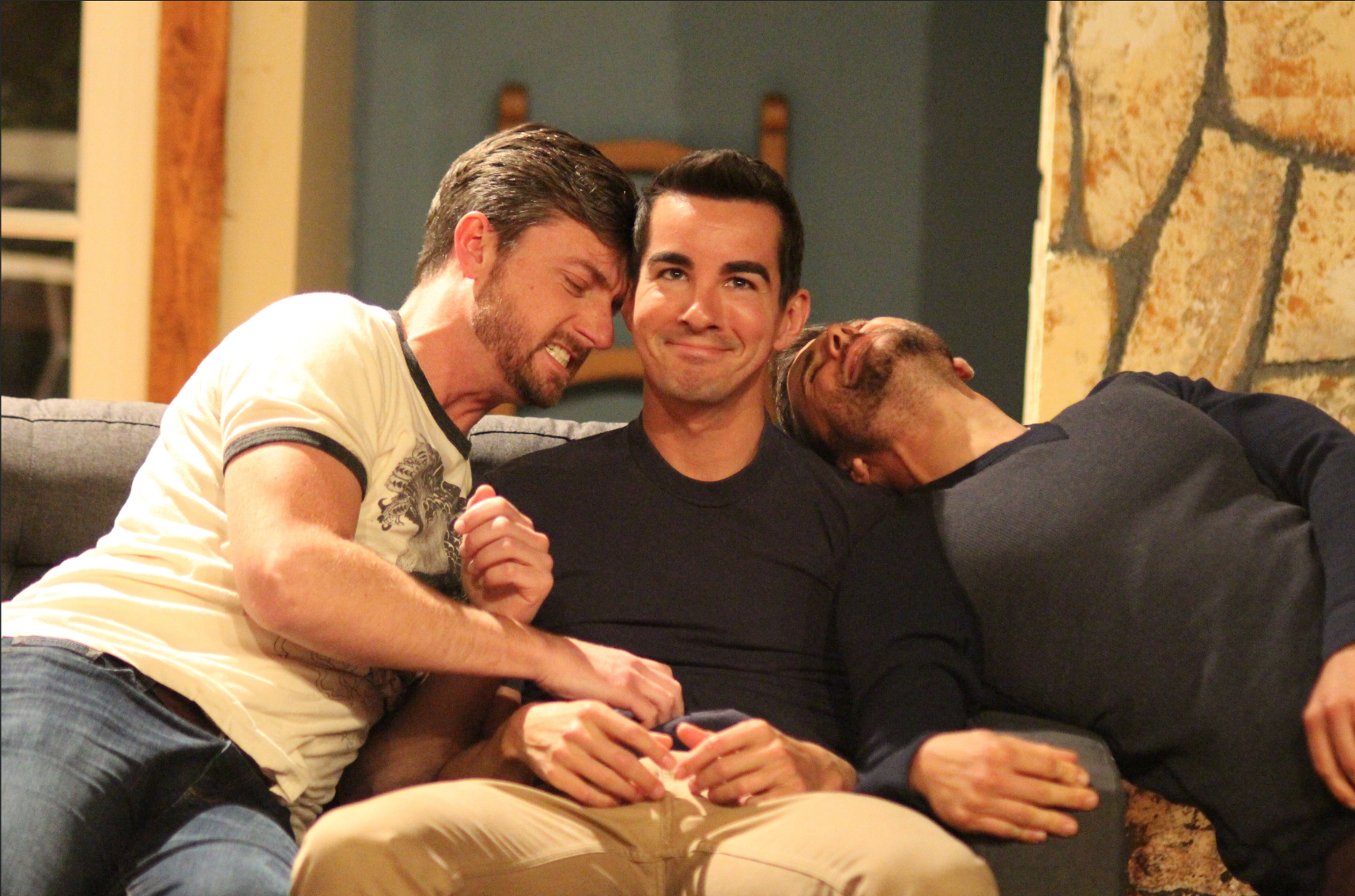 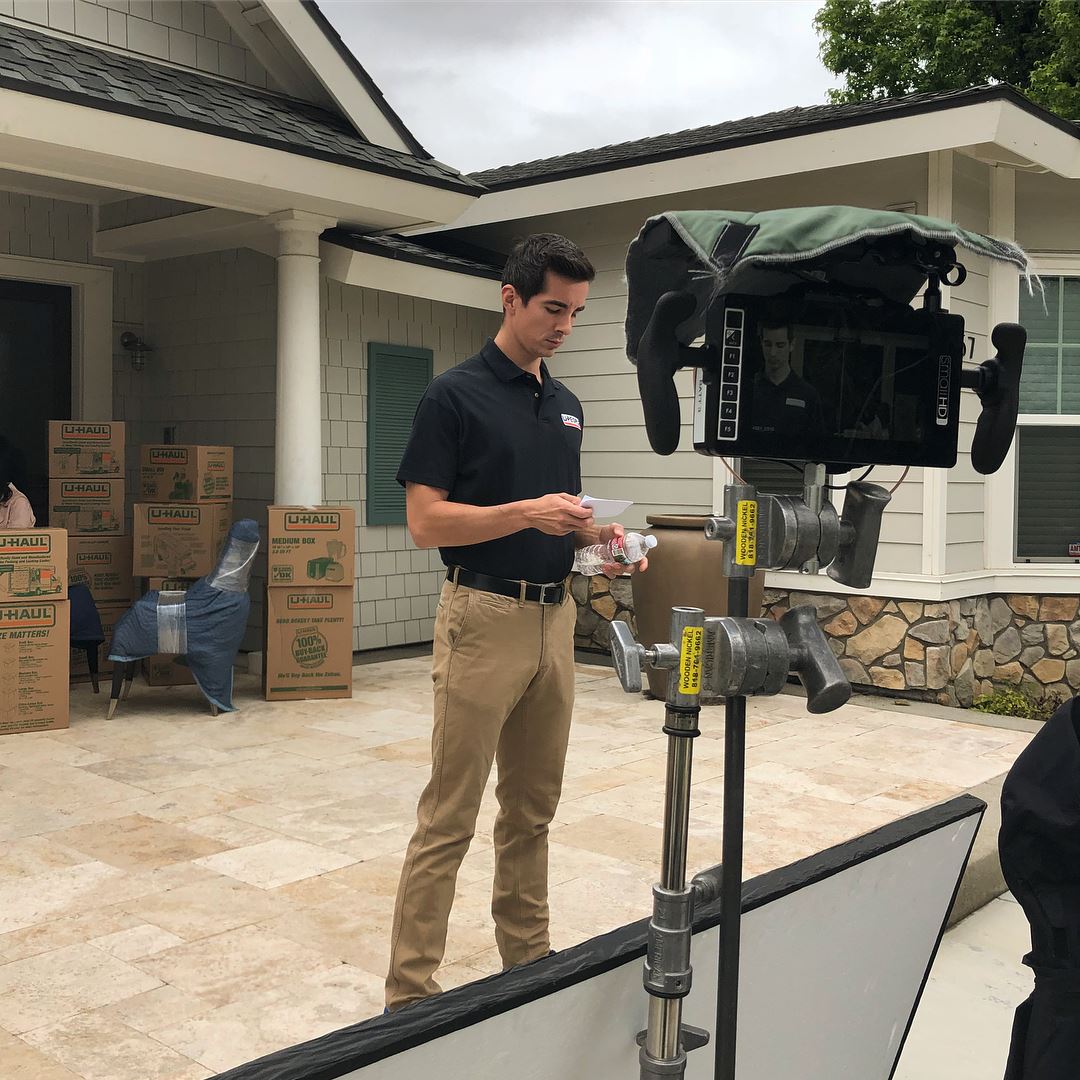 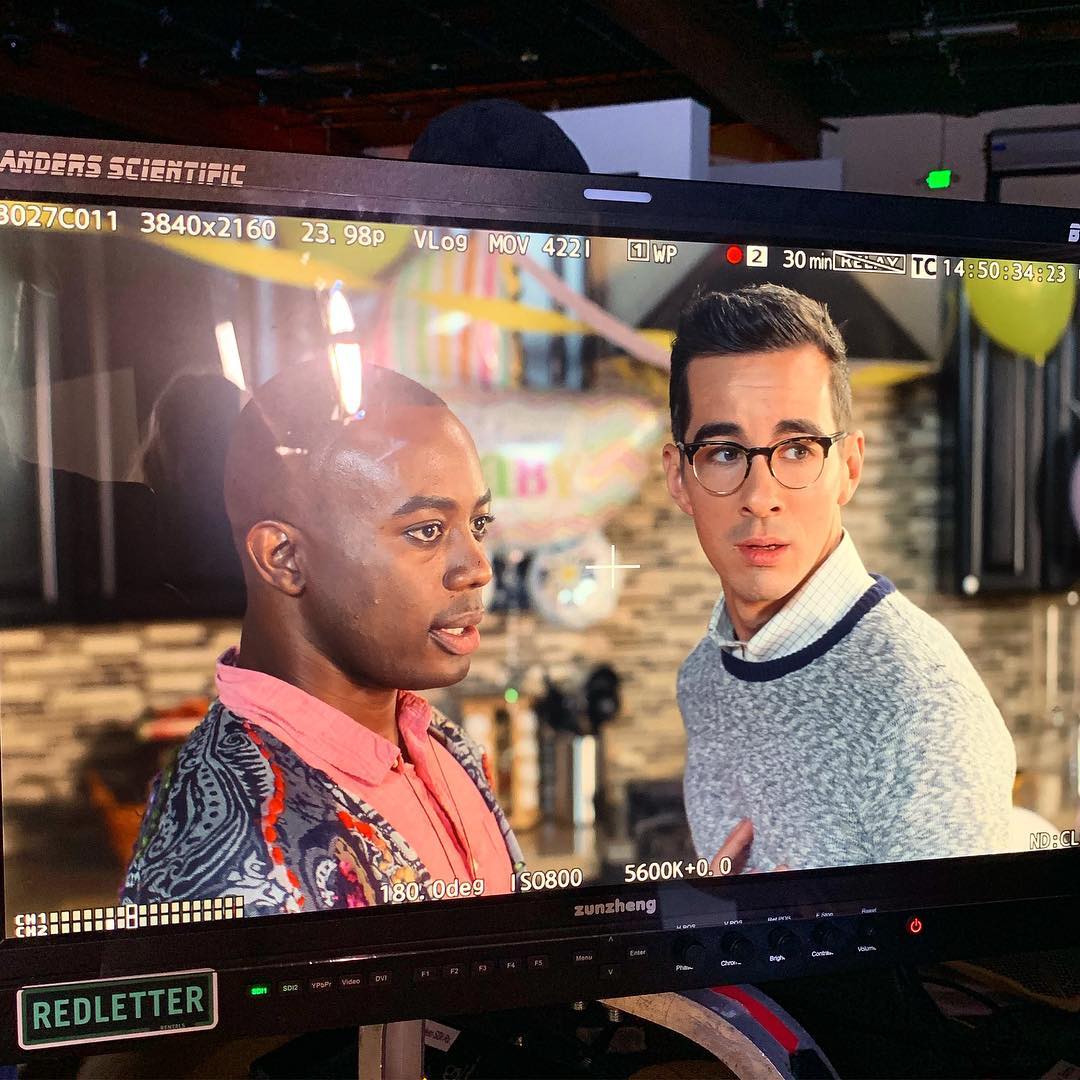 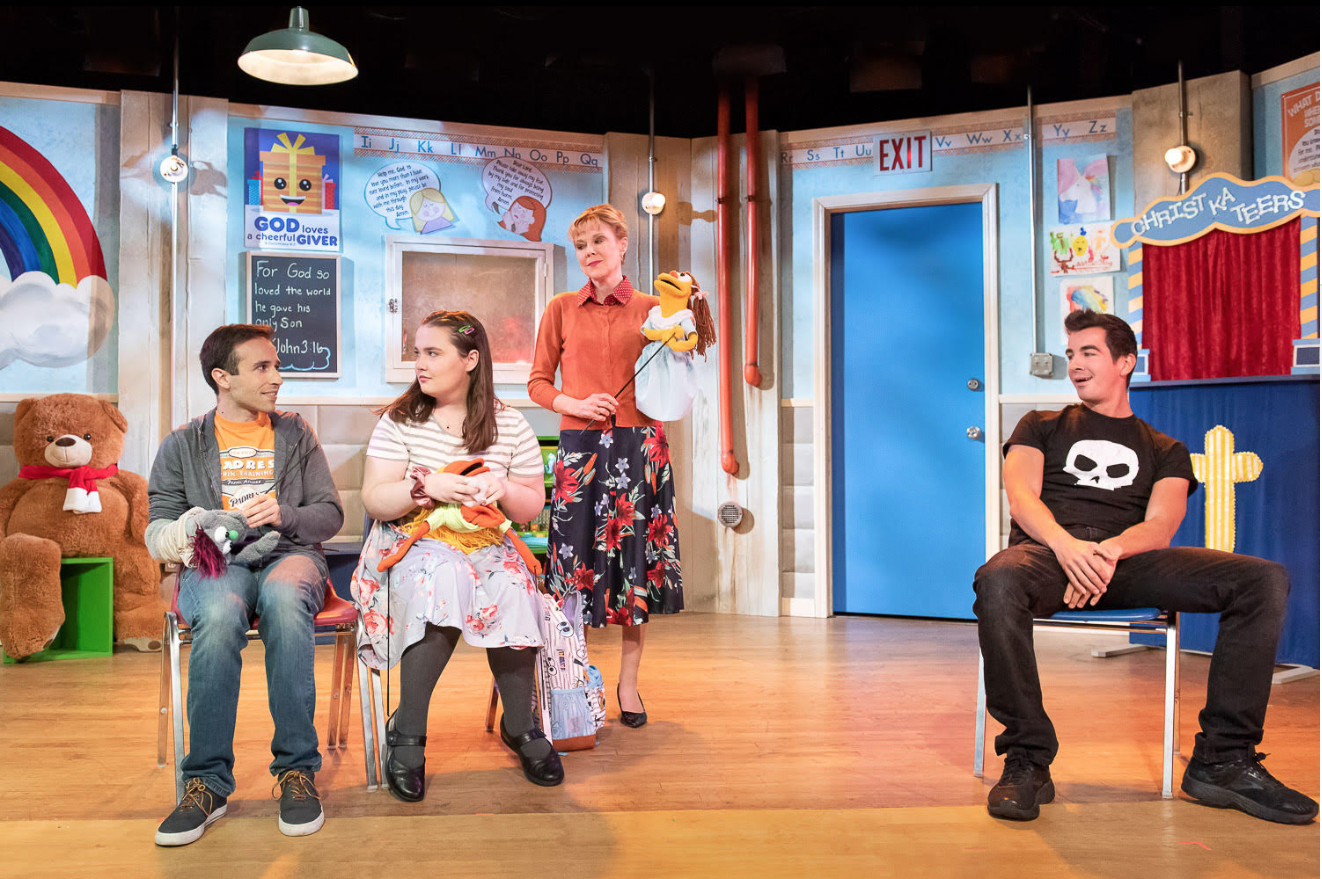 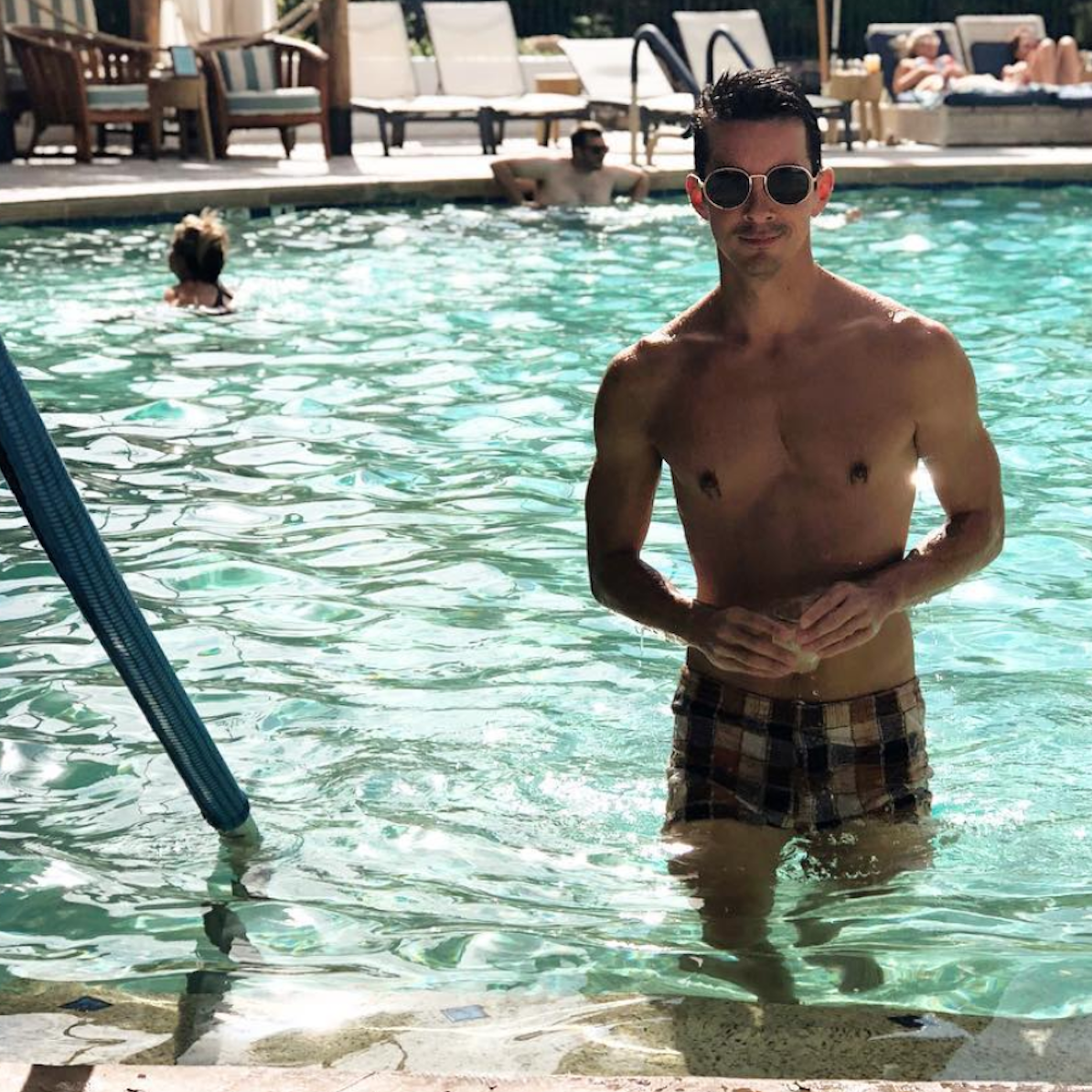