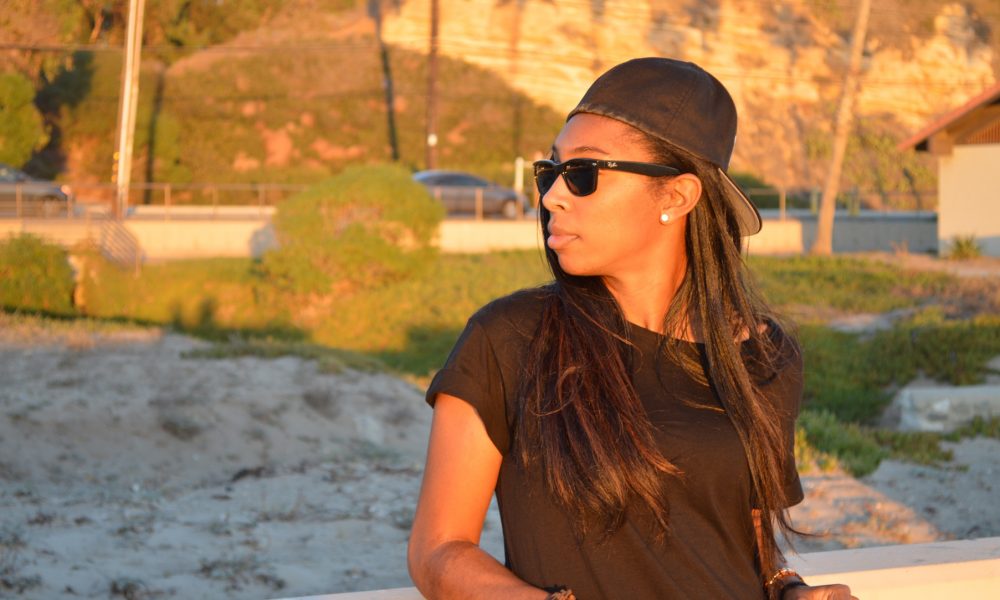 Today we’d like to introduce you to Danielle Iman.

Danielle, can you briefly walk us through your story – how you started and how you got to where you are today.
I’m from Alexandria, Virginia, which is part of an area known as the DMV. For those who don’t know, the DMV stands for D.C., Maryland, and Virginia – the metropolitan cluster where the states form a perfect little trifecta. I was raised by a clan of bold, artistic, and driven women who fully embraced every ounce of my tomboyish-ness and supported all of my interests, which were a ton! As a kid, I was into everything. I loved writing, I played five different instruments and had a serious addiction to watching TV and movies. I was very driven by the arts, but I was also drawn to sports. I dual sported in basketball and track and field and eventually earned an athletic scholarship to the University of Virginia, after which I moved to Atlanta after accepting a position as a Production Assistant intern for Fox Sports South. While there, I became a freelance editor for NBA TV and honed my craft as a video editor. I loved working in post-production and still edit on the side today, but I knew I had stories of my own that I wanted to tell. So, I merged my love of storytelling with my love of TV and film. The more I wrote, the more I learned, the more I loved being a writer. From that point on, I never looked back.

I made the move to LA after I was accepted into USC’s John Wells Division of Writing for Screen and Television MFA program. After graduating, I worked as a Writers’ PA on Grey’s Anatomy, a WGA Writers Trainee for Swagger (Apple TV+) and was selected as a fellow for the 2019 HBO Access Writing Fellowship. Since then, I was staffed on Marvel’s Moon Knight and most recently, I was a Story Editor for Florida Man (Spectrum Originals). It’s been a crazy, amazing adventure thus far and honestly, I can’t get enough.

We’re always bombarded by how great it is to pursue your passion, etc – but we’ve spoken with enough people to know that it’s not always easy. Overall, would you say things have been easy for you?
The road’s been anything but smooth. It’s been filled with a bunch of potholes, sharp turns, detours, bumps, and hills but that’s what’s made the ride so unexpected and thrilling. I believe everything happens for a reason so as unique as my path has been, I believe it was all necessary in getting me to where I am now. The entire journey has been a grind and it still is. Before becoming a writer, I had dreams of being a professional athlete. That was my pursuit for most of my life, but the universe had other plans in mind. So, it was a process for me to transition physically, emotionally, and spiritually from one version of myself to another. I had to relearn who I was. On top of that, I think anytime a black woman pursues a career in the entertainment industry, she is taking the road less traveled. Nevertheless, it’s a road that some phenomenal trailblazers have paved for creators like me. But statistically speaking, it’s nearly impossible.

Thankfully, that word means very little to me. When I really want to do something, and when I can’t imagine myself doing anything else, I find a way to make it happen. Whatever it takes. I might sound crazy but that’s the athlete in me. That Mamba mentality is really all I know. That doesn’t mean I haven’t worked jobs that made me want to pull my hair out, been stressed about an empty bank account or where the next opportunity will come from. But I was lucky in that my mom taught me the journey is the reward. I didn’t understand this when I was younger but now I do. If you can’t find joy in the growth and the struggle of your pursuit, the destination will be super disappointing if and when you make it wherever you’re headed. I’ve loved every moment of this journey and I thank God that I have truly found something that fulfills me to my core. It makes the challenges worth the fight.

We’d love to hear more about your work and what you are currently focused on. What else should we know?
I’m a drama writer for TV and film and I’m all about creating and writing stories about rebels – characters who are unconventional, unapologetic, or march to the beat of their own drum in some form or fashion. What’s also important to me is that black women or people of color are at the center of these stories. It’s a tune that’s been played for so long but there’s still a lack of representation when it comes to seeing people like me in roles where they transcend the stereotype or status quo. On the flip side, Hollywood is still playing catch up in terms of making room for voices of color to be the ones to create and tell these stories in the way we want. I always think about characters that people love and know so well, like superheroes or badasses that change the way you look at the world, and I constantly find myself asking, why can’t they look like me?

My version of badass, superwoman, ultra cool, or whatever it may be, involves black and brown faces with the same amount of complexity and innovation that any other game-changing character might have. In my writing, I have the chance to present a world filled with characters in a unique but authentic way. One positive thing about all the political and social unrest happening in the world right now is that it’s reinforced a certain need to have voices like mine be heard. And there’s a sense of boldness that comes with knowing that our time for change is now. There’s a lot of us and we’re hungry for the opportunity. So I’m optimistic that there’s a willingness to really make that happen, to be about the change and not just talk about it. I like being noisy and provocative with the stories I tell and that’s something I take a lot of pride in.

So, what’s next? Any big plans?
It’s an intensely crazy time living through a global pandemic. I’m very grateful I still have the opportunity to work and stay creatively focused which has been a nice distraction. Right now, I have a few projects in development. Outside of that, I’m really just looking forward to getting more of what’s in my head onto paper. And then when I can, I’m reading, exploring, growing, and always pushing myself to be a better writer than I was yesterday. 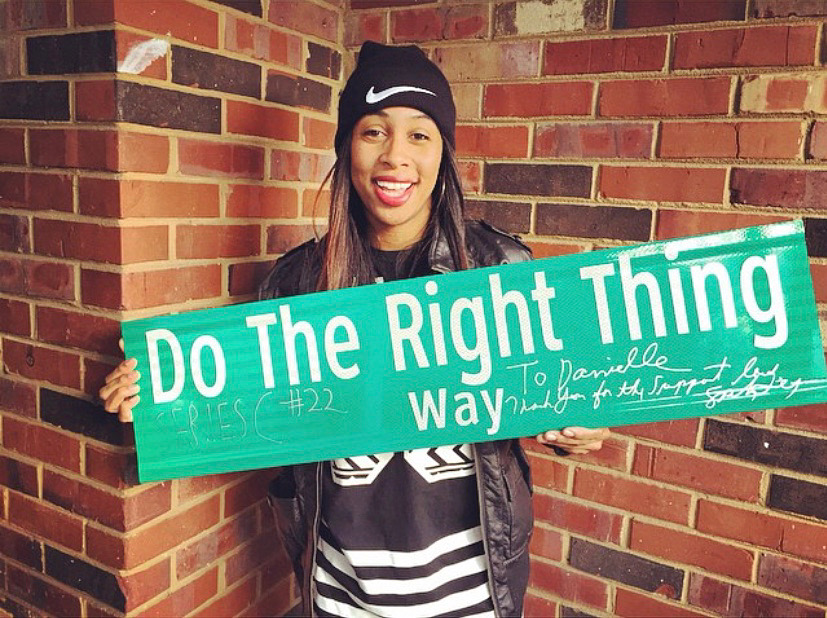 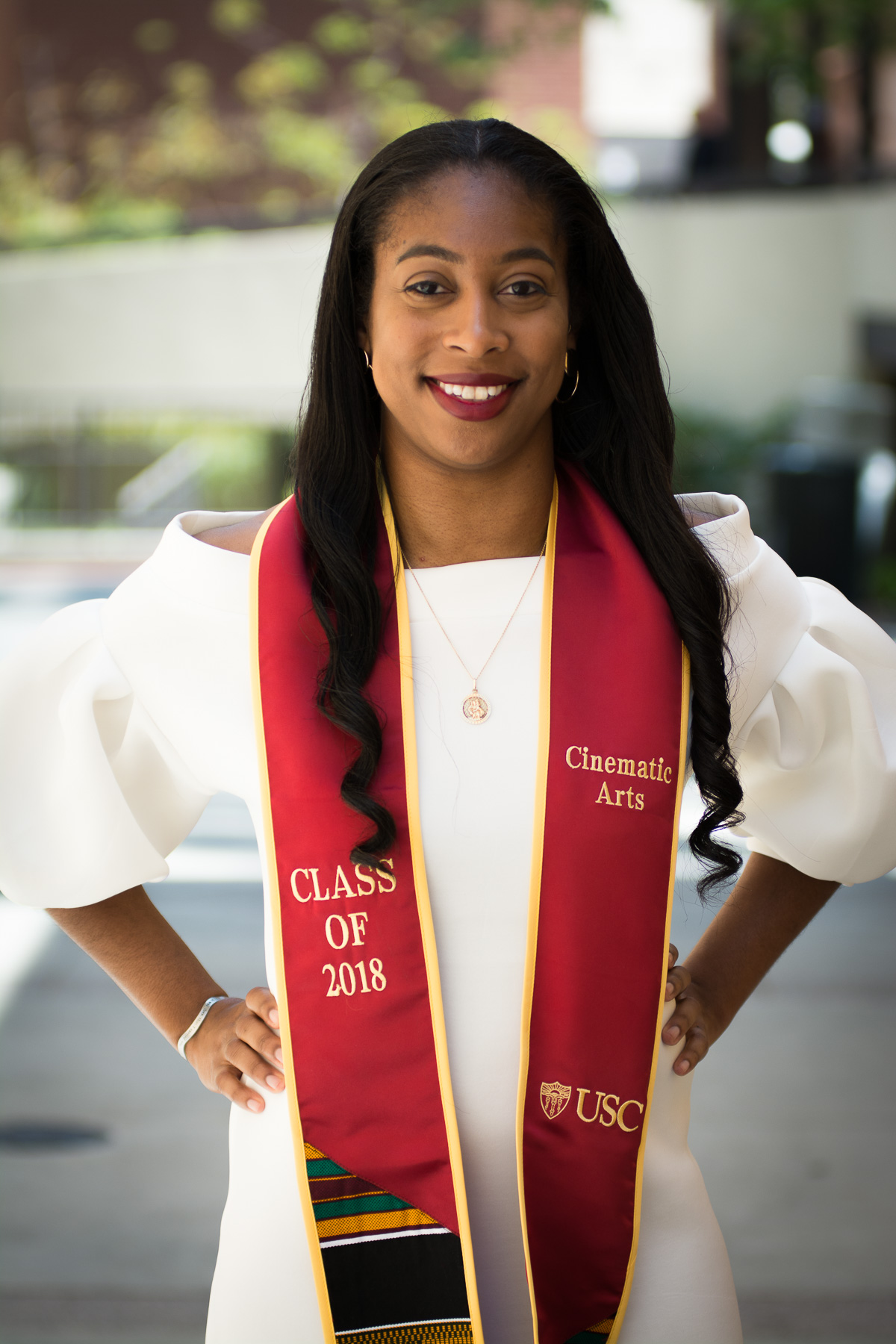 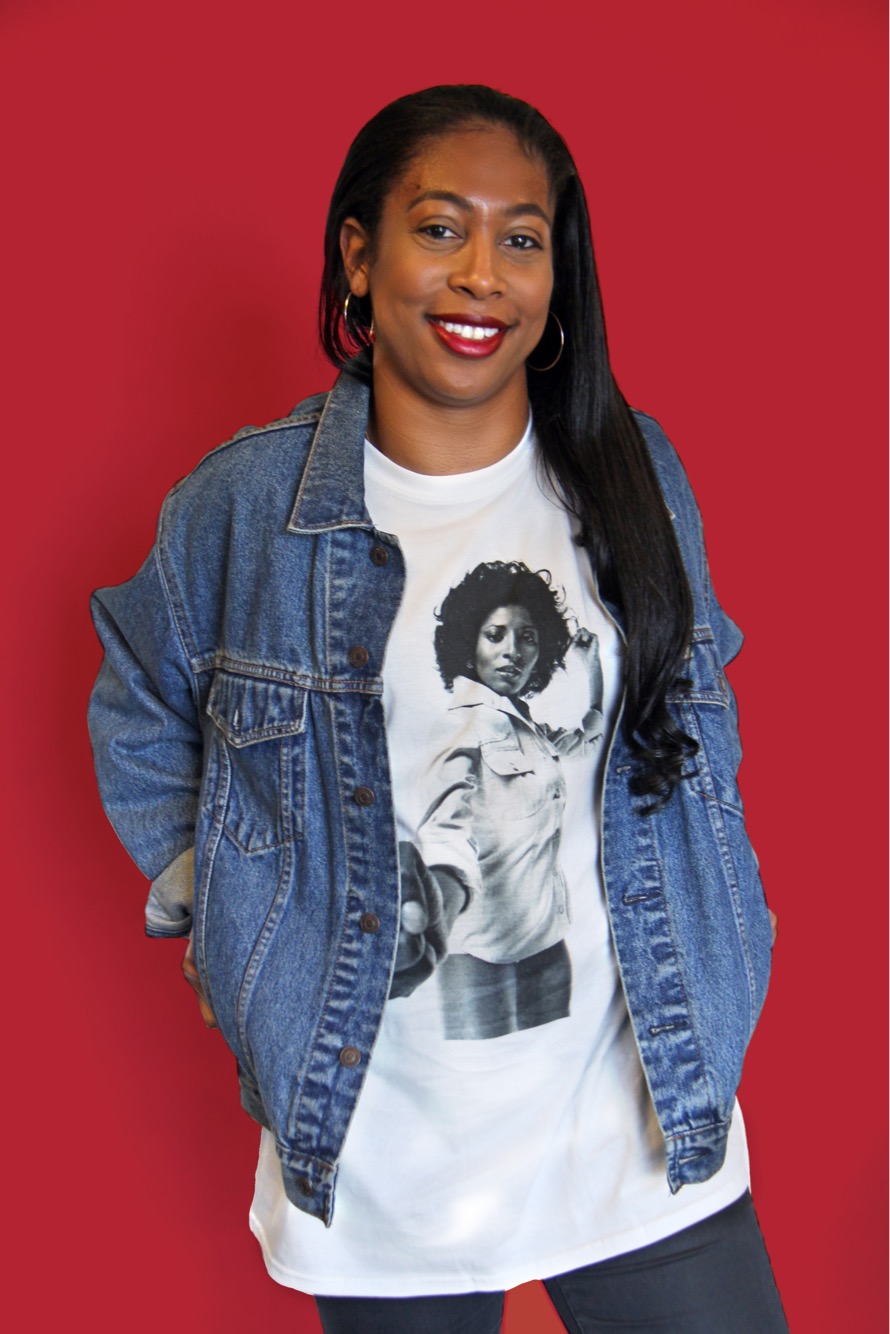 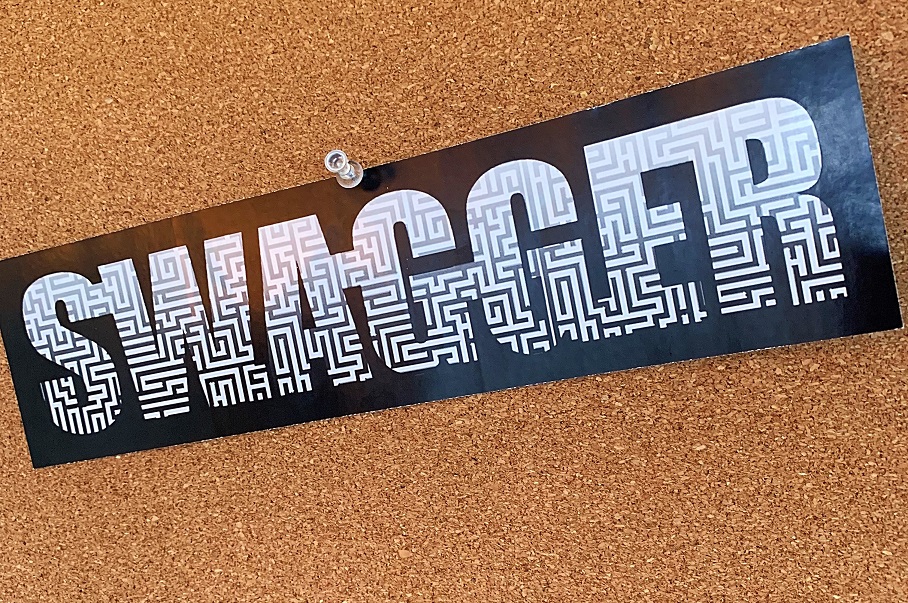 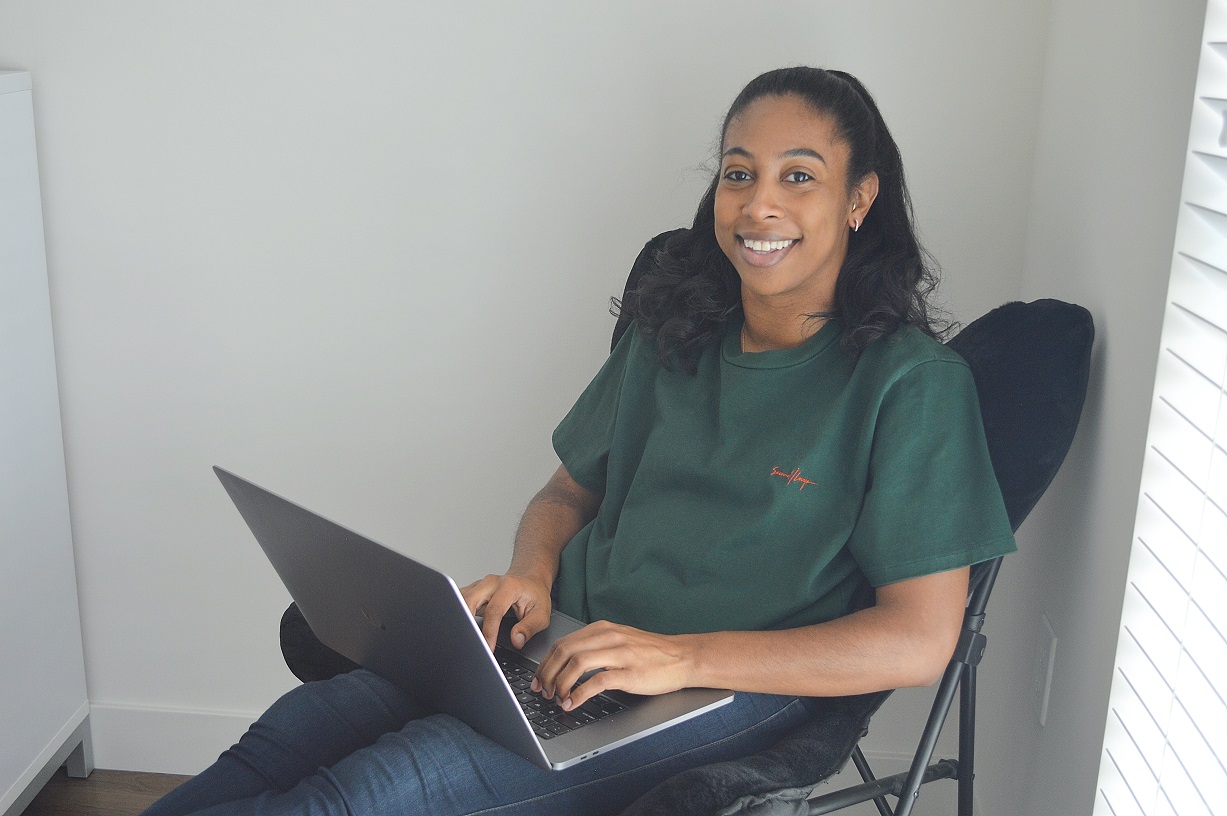 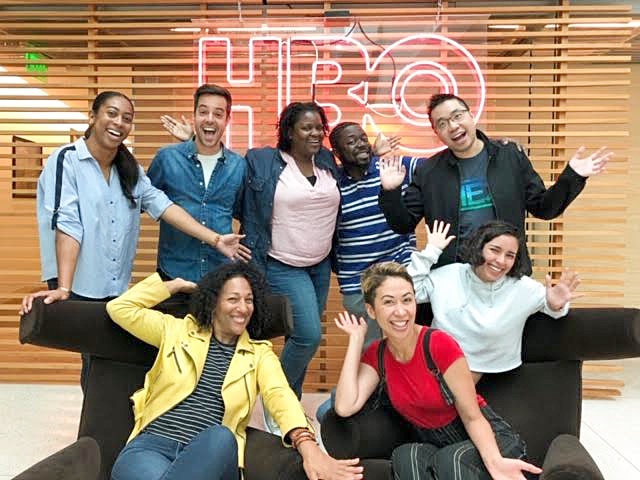