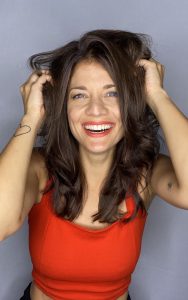 Today we’d like to introduce you to Daniela Aita.

Daniela Aita, AKA Dakyta, is a talented actress and TV host from Argentina based in LA. She started to take drama lessons when she was ten years old in order to get ready for the marvelous future that was waiting for her. Her first role was in the TV Series “Casi Angeles” (Almost Angels) where she played a lovely and funny character called “Caridad” (Charity) AKA “La Paisa”. This tv Show was one of the most popular in Argentina and in many other countries in the world, like Israel, Italy, Spain, Brazil and most of Latin American countries.

Cris Morena’s creations are a sensation among youngsters and fans of ages all over the world follow them. Since this outstanding beginning everything that happened in Dakyta’s life has been exciting and adventurous. She got to play funny and drama characters in different Argentinian soap operas like “Enseñame a Vivir” (Teach me to live), “La Dueña” (The Owner), “Sos mi hombre” (You’re my man), “Chicos Católicos” (catholic children) the movie, and more. Dakyta is more than an actress. She graduated as a “National Voice over” where she learned how to be a TV and Radio host, News anchor, dubbing actress, journalism and more. She hosted her first radio show at the age of 23 in “Los 40” one of the most important FM Radio stations and that is how she started her Music Hosting career. Dakyta hosted live streamings of big music festivals like LollaPalooza Argentina, Creamfields BsAs, Ultra Music Festival and Movistar free Music among others. In all of them, she kept the audience lit between shows and interviewed major musicians. Her passion for music made her Host her own Tv Music Show named “Music ON” streamed in the Latin-American web Channel FWTV. There she interviewed singers like “Daddy Yankee”, “Perry Farrell”, “Hercules and love affair”; and Emblematic Argentinian bands. All these experiences have made her ready for the big leagues. Dakyta moved to Los Angeles, California to make her dreams come true.

Dakyta interviewed The Backstreet Boys for Billboard LATAM and many other big personalities like the pop singer Ava Max, the Spanish singer and composer Pablo Alborán, Noa Kirel, Israeli Pop Star and keeps counting. About to start hosting a new Tv Music Show “Donate per view Sessions” from LA, where the actress is living, she keeps growing her acting career still with her distinct cute Argentinian accent. Just like in a movie, Dakyta won her first award as a “Best supporting actress” in the Dramachine Film Festival for her participation in “Mercy” where she played “the angel of death” streamed in Amazon Prime. Because of this success, this character is going to take part in the new Web series “Marigold”, also directed and written by Luis Perez Villegas coming up in 2021.

This Voice Over Actress has developed voices for the Emmy nominated Discovery Kids cartoons “Mini beats power rockers” and dubbing to neutral Spanish some TV shows for Disney Channel LATAM. She keeps surprising us by putting her voice in TV and radio commercials not only in Latin American countries but also in the USA market.

Daniela shared on her IG, where she has more than 300K followers from all over the world, how she is getting ready to be Leticia, her next lead role in “Hope, Insomnia and Empanadas”. It is the story of an Argentinian writer who moves to LA to live the American Dream, written by the talented play writer and screenwriter Catalina Piotti. With an exciting present, the actress has just signed with Stewart Talent New York Agency, having the chance to be seen by major Casting Directors and producers. Her Manager Tal Drori, founder of Key-Management keeps working hard to expose Daniela’s Talent to the world. We can’t wait to see what else the universe is going to bring to her.

Overall, has it been relatively smooth? If not, what were some of the struggles along the way?
Acting in English was the biggest challenge I had, that’s why I’ve been taking English and acting classes non-stopping during the last three years. Improv and Scene study at The Acting Center, Sitcom Comedy, Audition Code, World Party, Creative writing in Actors Comedy studio, Voice Over classes at Real voice LA and Voice over coaching with LaVozDeRoberto. Taking classes and auditioning as much as I can is the only way to get better and face the struggle.

What else should our readers know?
Dakyta is outgoing, bilingual and always with a smile on her face.

If you had to go back in time and start over, would you have done anything differently?
I learned that the more you believe in you following your feelings, the better the results you have. When you show yourself as you really are, magic happens. Because you are unique. With love, passion and hard work you will get wherever you want. People talk… but not everyone does, people pretend, but not everyone really is. I have no regrets; every step taught me something and made me stronger. I’m proud of the professional woman I am today. 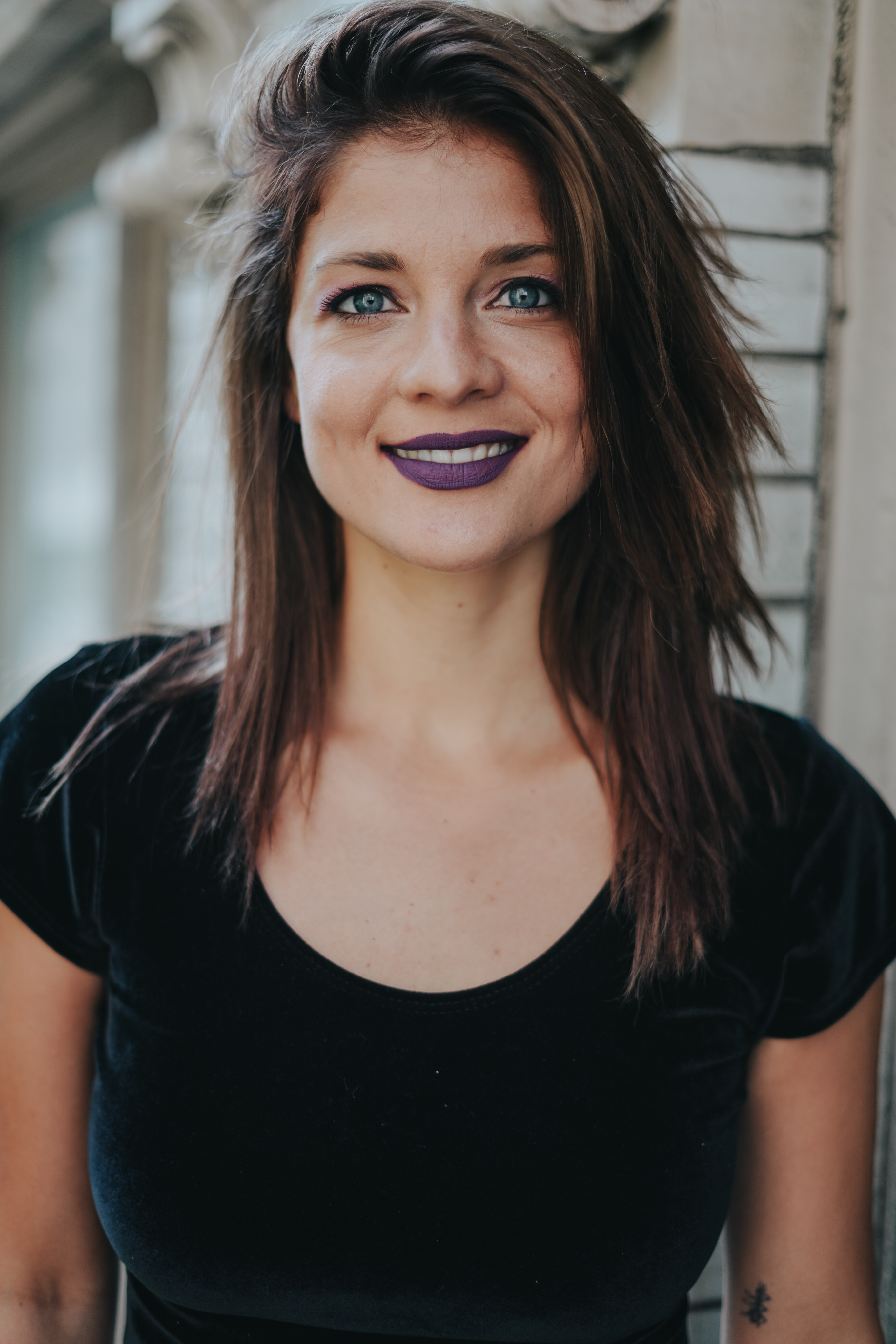 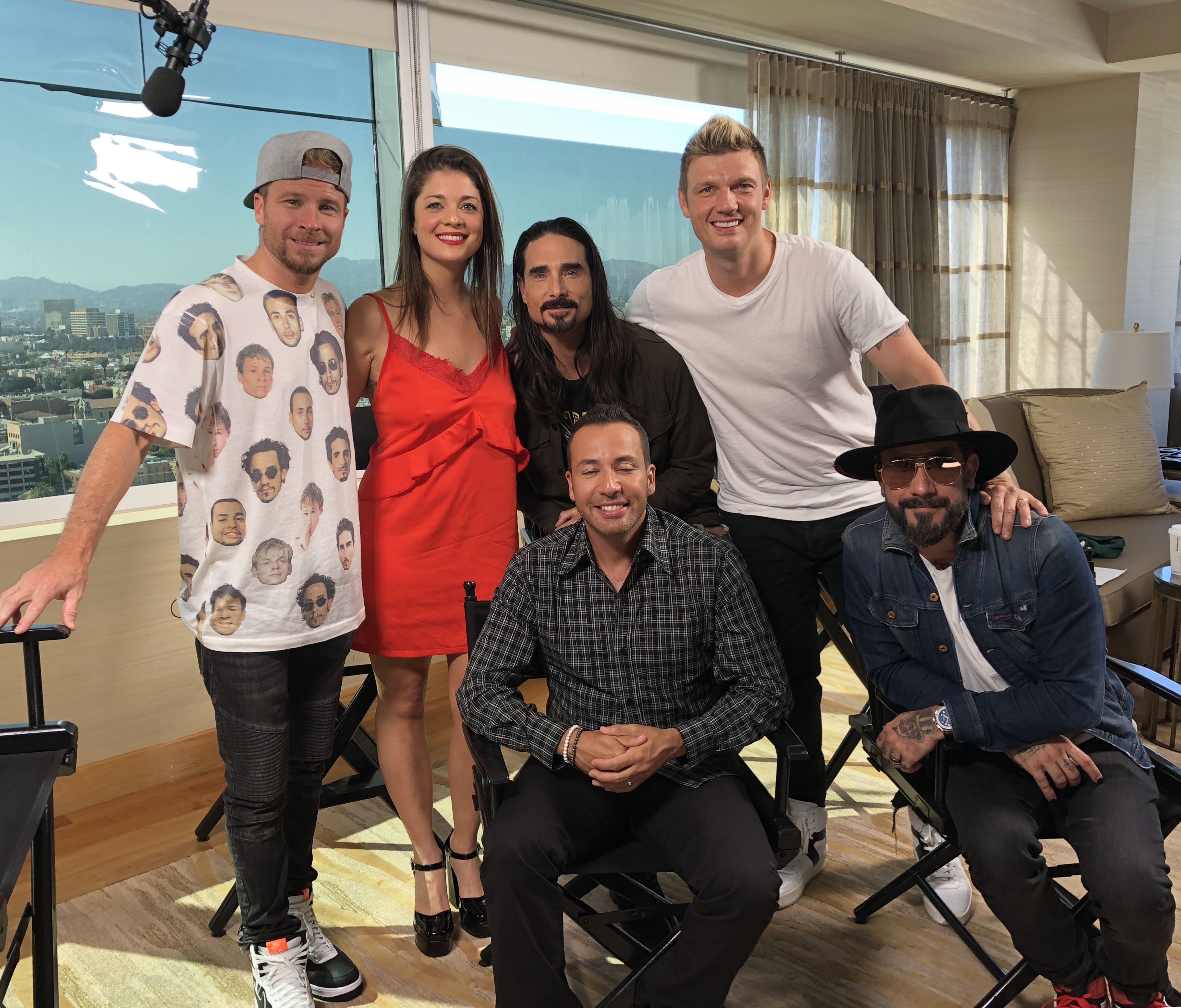 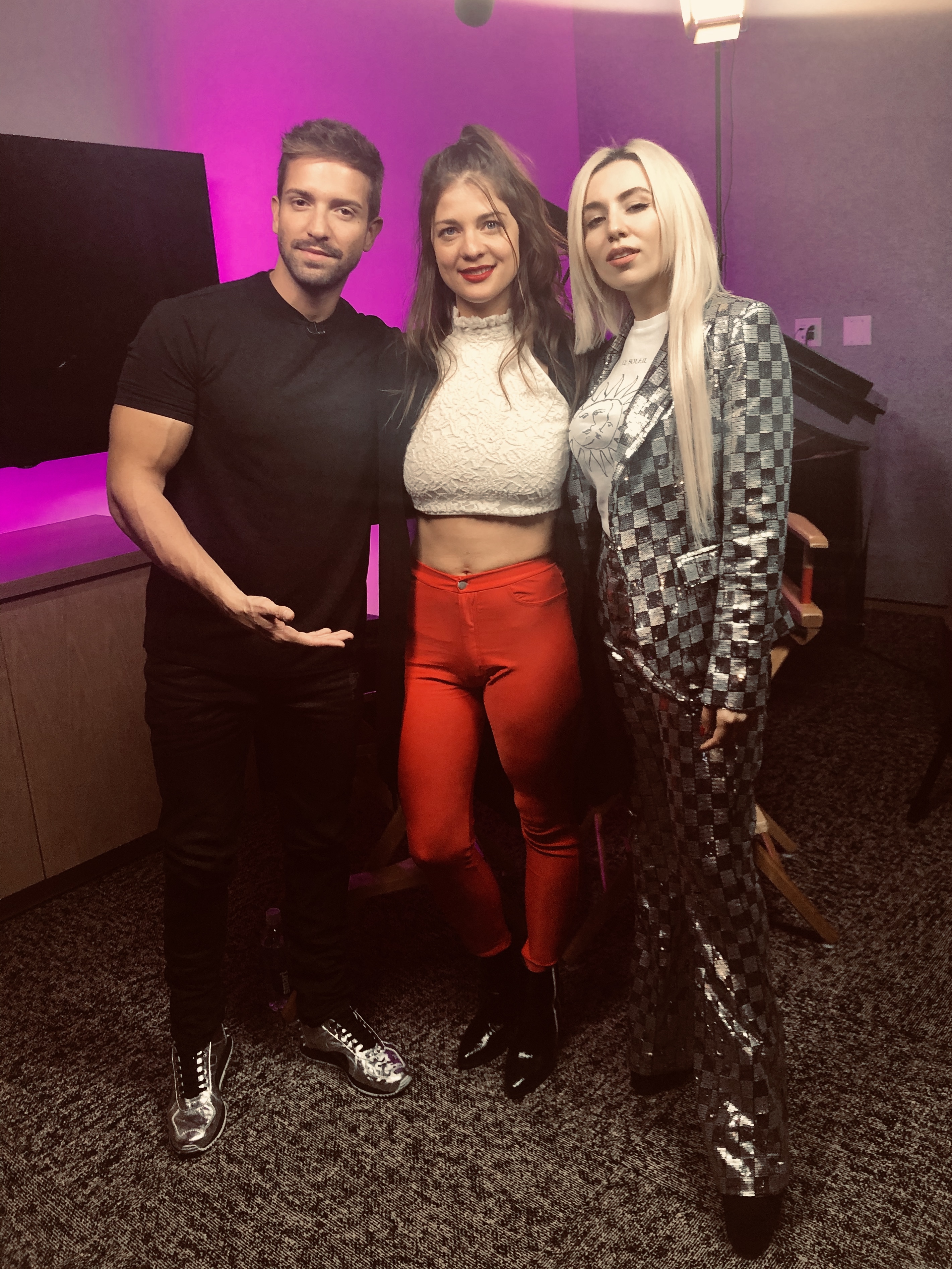 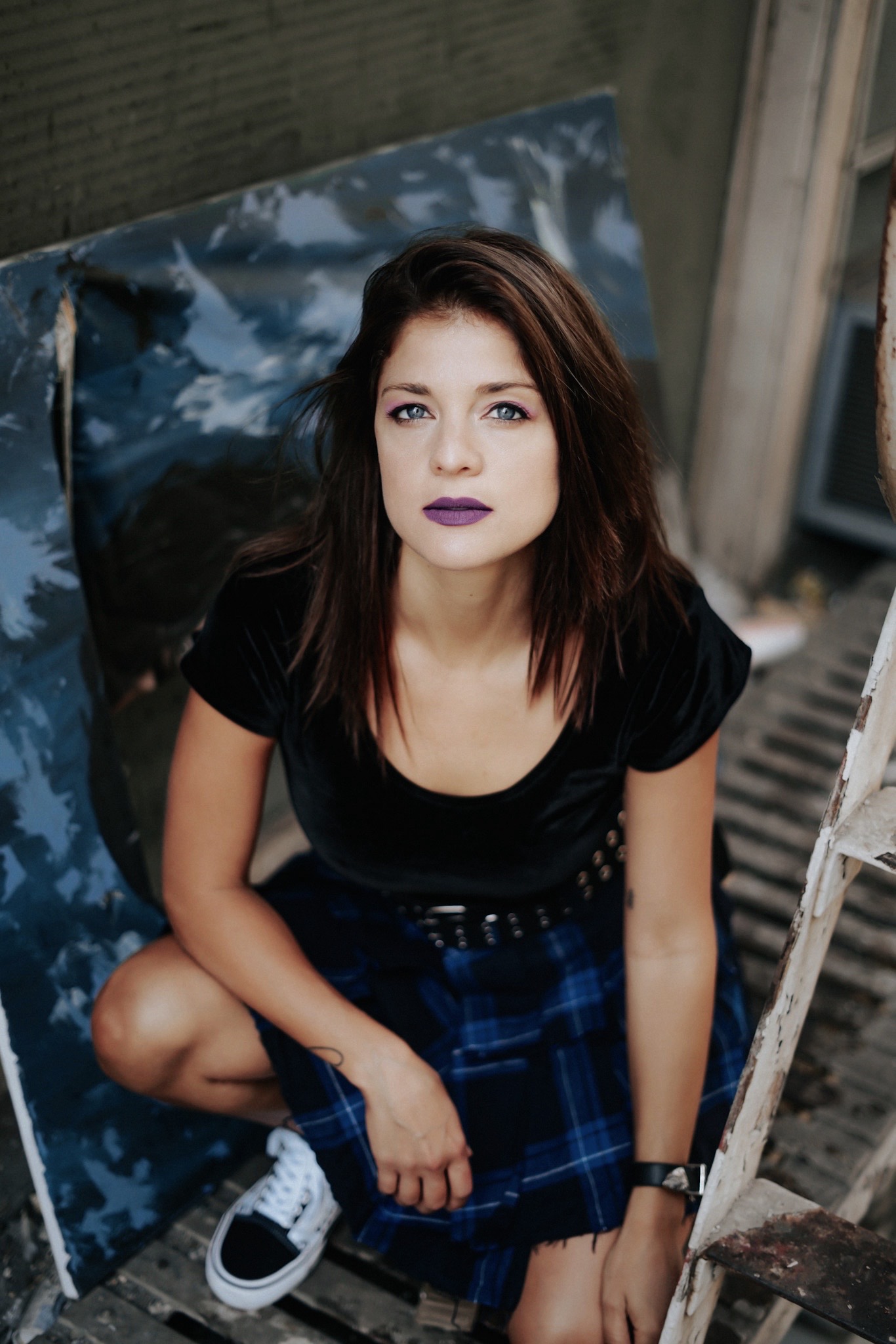 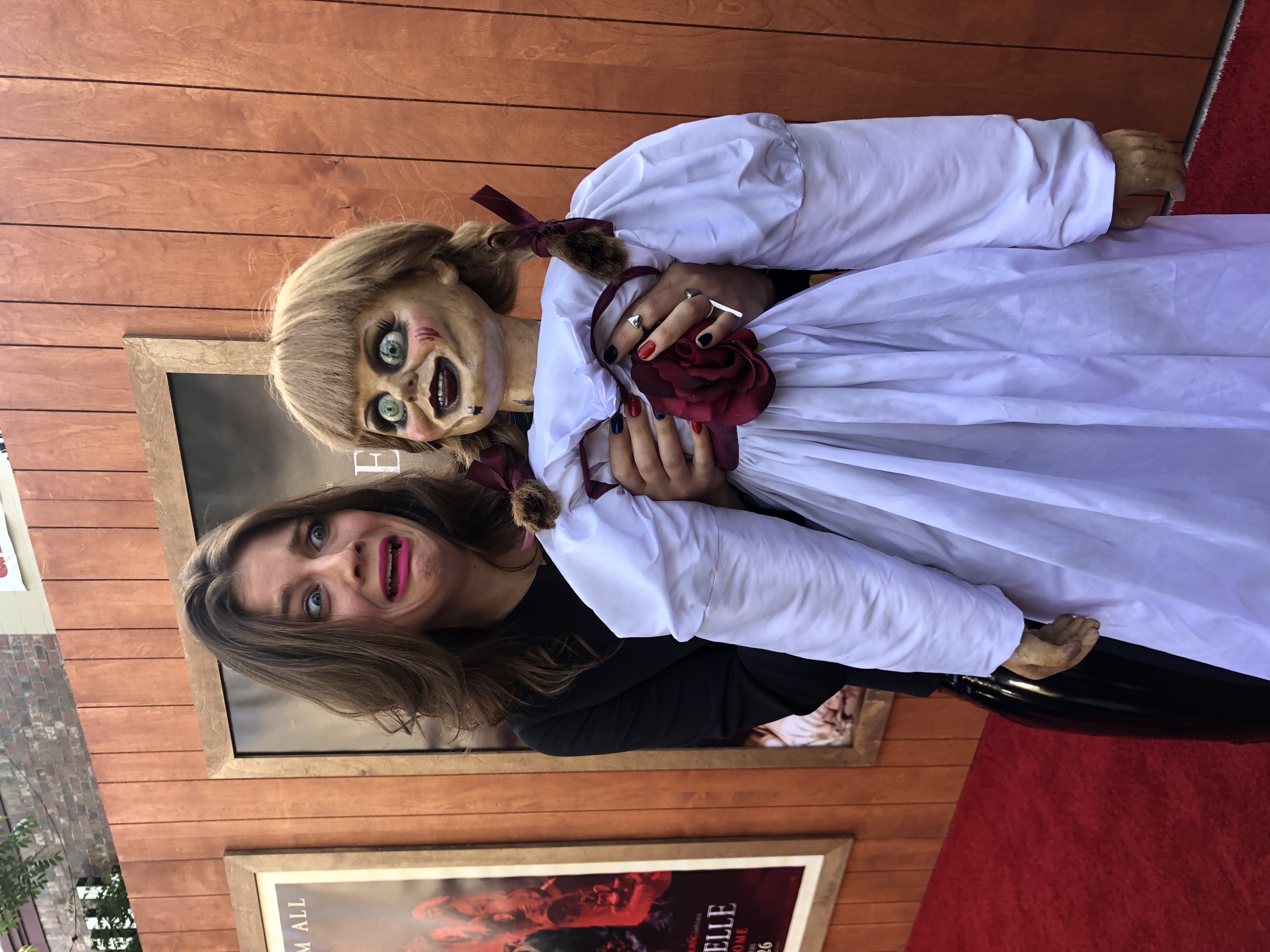