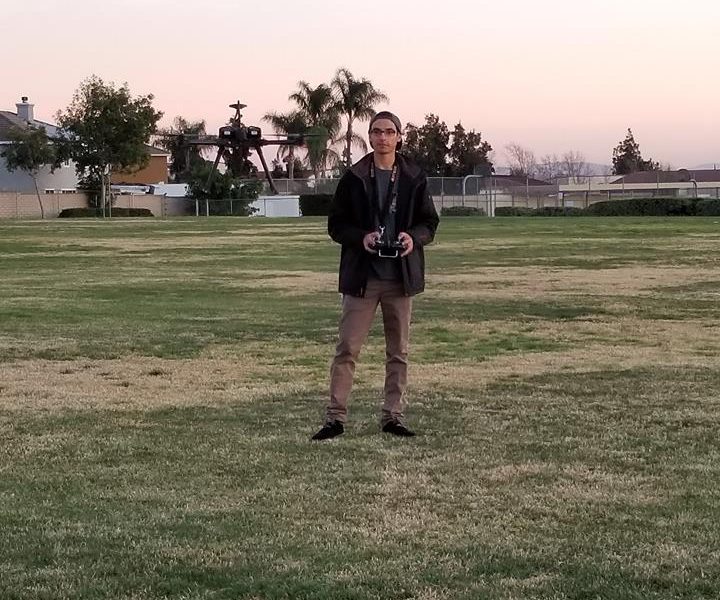 Today we’d like to introduce you to Daniel Seryani.

Daniel, let’s start with your story. We’d love to hear how you got started and how the journey has been so far.
I was always a passionate person about everything I did. I knew I was going to be an engineer and I knew I wanted to start my own business, I just never knew where to start.

As soon as I got accepted into university, I began exploring every opportunity I could. I flipped real estate, timepieces, traded forex, you name it! But none of this was engineering related. It wasn’t until I began doing research at my university that I started to get hands-on with my work and really began developing my skills. One of my projects, to build a drone. That was it, that was the official start. It was so hands-on and after I was done designing or building, I was able to go have fun and fly!

The drones I was building started to get smaller and much faster. Flying in the first person using some goggles and an onboard camera was getting popular and that was when I began racing and doing freestyle. For fun, I began working on designing a drone. Long story short, the business didn’t fly. So many lessons learned.

After graduation, I began work as an engineer and a commercial pilot. I began to join different forums, facebook groups, and communities. I started scouring online as I was working to tune and perfect the platform we were flying. Through all this, I realized that people online were still using discontinued drones or building their own platforms. Some were even falling out of the sky and people were hacking together current platforms to make things work. I knew something was missing here. There was a gap in the market and I was determined to find it.

After some time, I began to design my platform. At the time it was a couple piece of carbon sheets and no legs. Very slowly I began to add in new “features” to my 3D model.

First the legs, then the cover, and of course eventually the electronics. Before I knew it, I had something that worked! I proceeded to take it to the park for its maiden flight, and in no time I had crashed it. All the wiring was shredded and everything was broken beyond repair. Its okay, it happens, I tell myself. Engineering is an iterative process. I just had to fix the design and rebuild.

Round two. I took it to the park and this time I hit a tree! I was beyond frustrated by now as I had taken a few months to get this flying. I thought to myself: Man, if the arms were wireless, the repair wouldn’t be so bad. So I got to work!

On Christmas day, 6 months after starting this project, I had the platform you see on my site built and completed. It is indeed a prototype but it was my best one yet. It had wireless arms and people loved it. Best of all, it actually flew! Alpha Aerospace was now born and it was time to begin my launch.

Great, so let’s dig a little deeper into the story – has it been an easy path overall and if not, what were the challenges you’ve had to overcome?
Absolutely not. It was a bumpy road all the way. I was a one-man team but luckily I had my fiance and family by my side for support. I was doing the designing, building, and flying. After I launched Alpha Aerospace, I had also had to learn to sell and of course manage a company! Very slowly, and after many failures, I began to network and make more connections in the industry. Seeking as much advice and knowledge as I could on the way. That was the absolute key to launching this business. Staying focused, believing in myself, and more importantly, believing in my product was the key. Cold calling investors, applying to accelerators, and pitching as many people as possible.

Please tell us about Alpha Aerospace.
My company Alpha Aerospace designs, builds and markets commercial UAV platforms that are modular and easy to deploy. We call our headline platform the Lotus-I. It hs patent-pending wireless technology called D.A.S.H. that allows the arms to be easily configured to many designs or maintained for longevity. DASH allows the arms on the Lotus-I to operate as normal when folded open, and wirelessly disconnect when the drone is folded closed. This means the Lotus can adapt to MANY use case scenarios at any given time. The arms can be swapped in less than a few minutes to bigger or smaller ones, different styles, and different curves. Maintenance of the drone can also happen in a breeze! You no longer have to spend hours to desolder and solder on new motors. Or even wait days for the distributor to do that job for you. It can be done as quickly as it takes to swap out the propellers.

The Lotus-I is packed full of features with many new ones in development. There is a universal Picatinny rail on the bottom of the drone and a high-density plug with all the pinouts a developer could ever need. Since the Lotus-I runs on an open source flight controller, it is very easy to adapt the platform to a wide variety of payloads that can interface directly with the platform. Machine learning and Artificial Intelligence capable hardware is being integrated and coming soon.

Alpha Aerospace is actively engaged in building partnerships with businesses, industry experts and researchers. Please contact us to find out more about our business activities and opportunities to participate in our growth.

Do you look back particularly fondly on any memories from childhood?
By far, my favorite thing from my childhood was all the little gadgets my parents got me or the science experiments and that I used to do in my spare time. I used to disassemble toy cars and make these random gadgets that were seemingly useless. But I had so much fun building them out of popsicle sticks or anything I had around the house.

My uncle was also an engineer for Northrop Grumman and has been for over 20 years. He used to always bring me huge Lego kits of space shuttles with thousands of pieces and always helped me put them together. I was always an engineer at heart, I just needed to develop my skills. 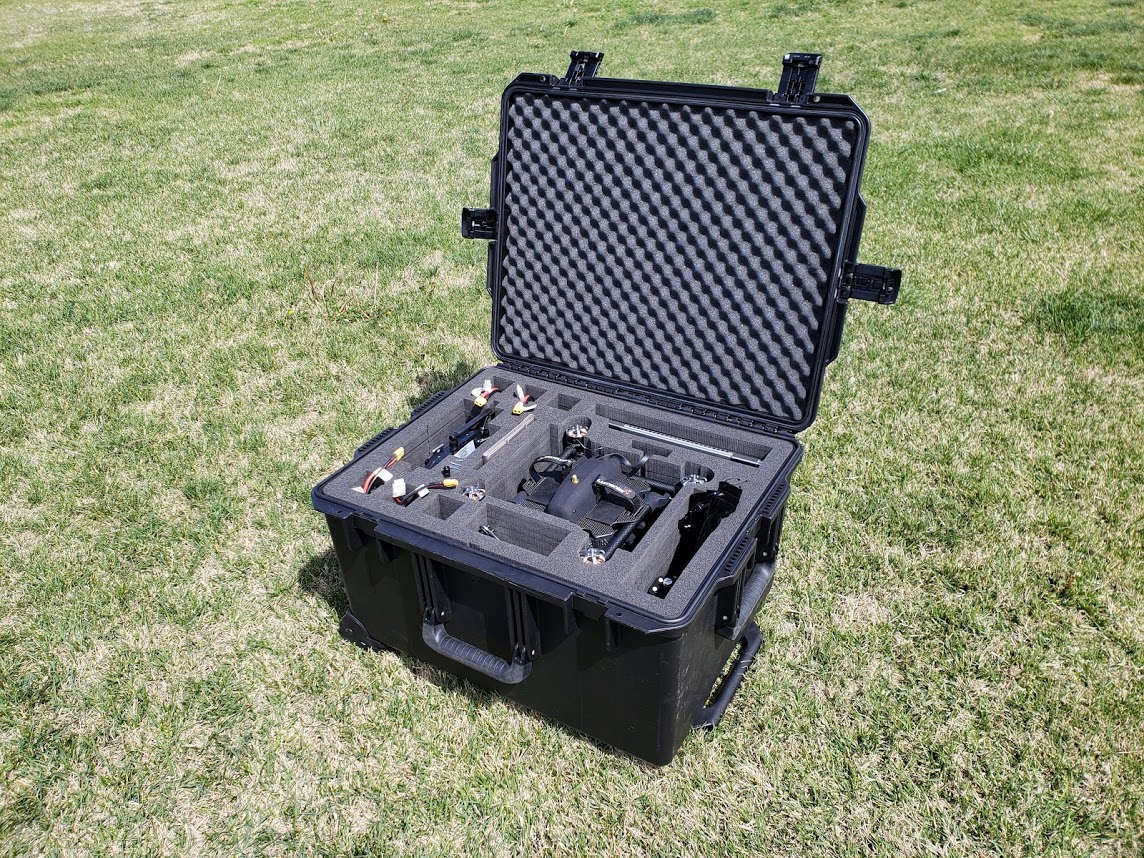 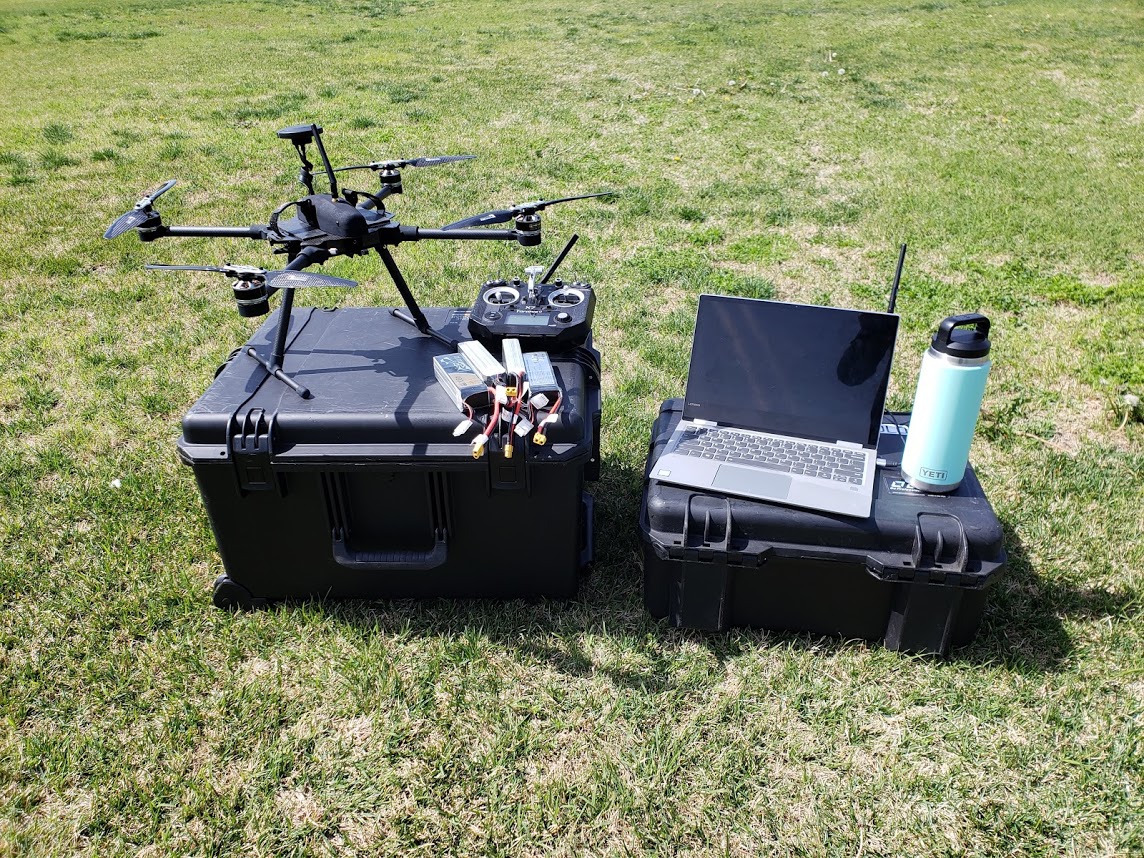 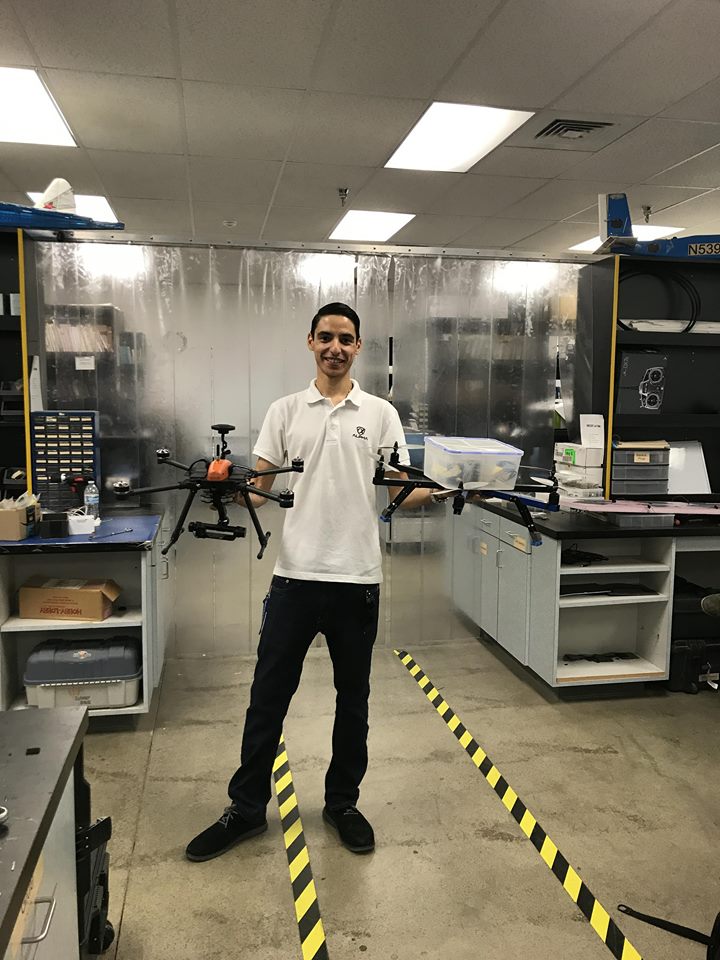 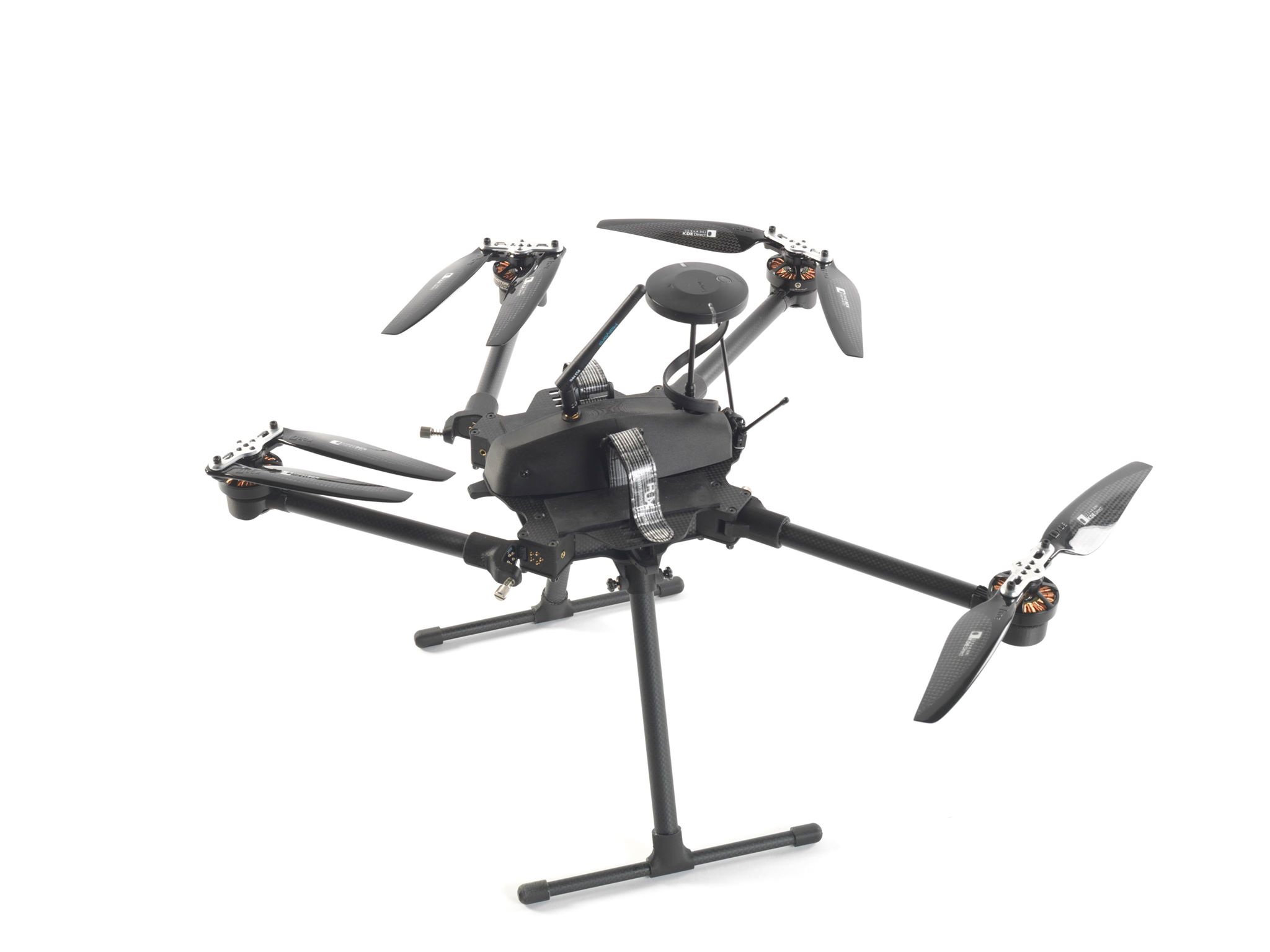 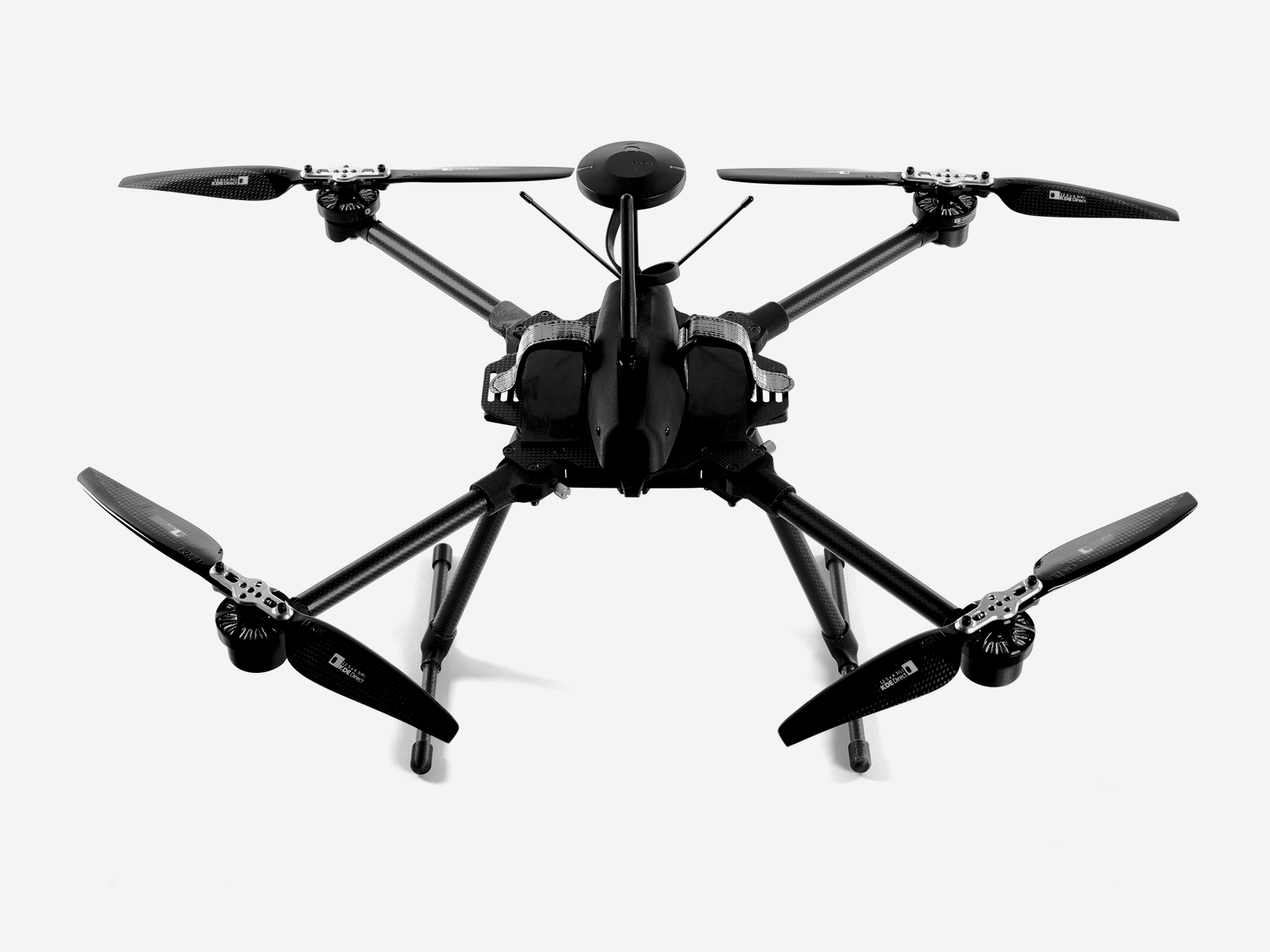 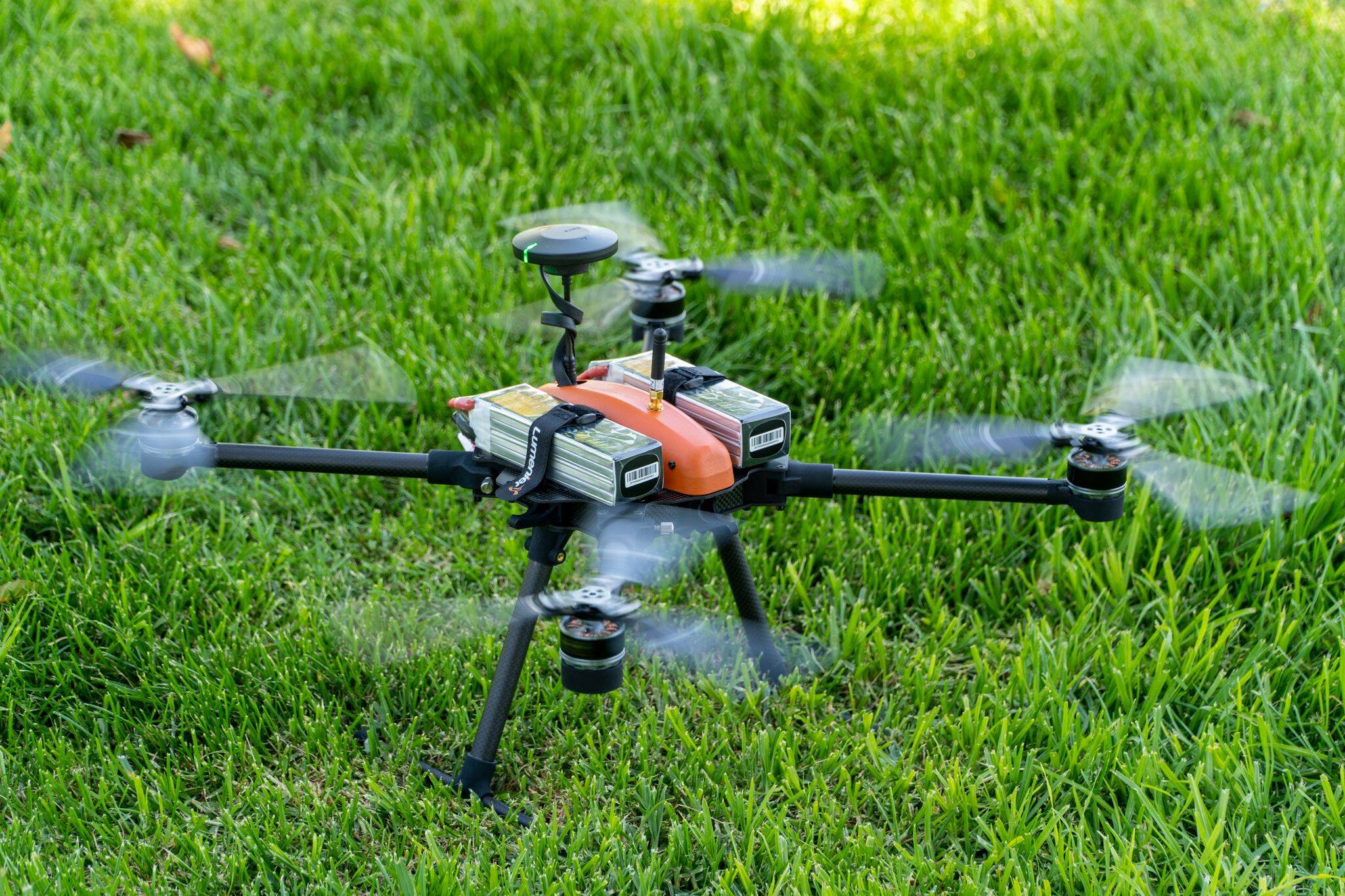