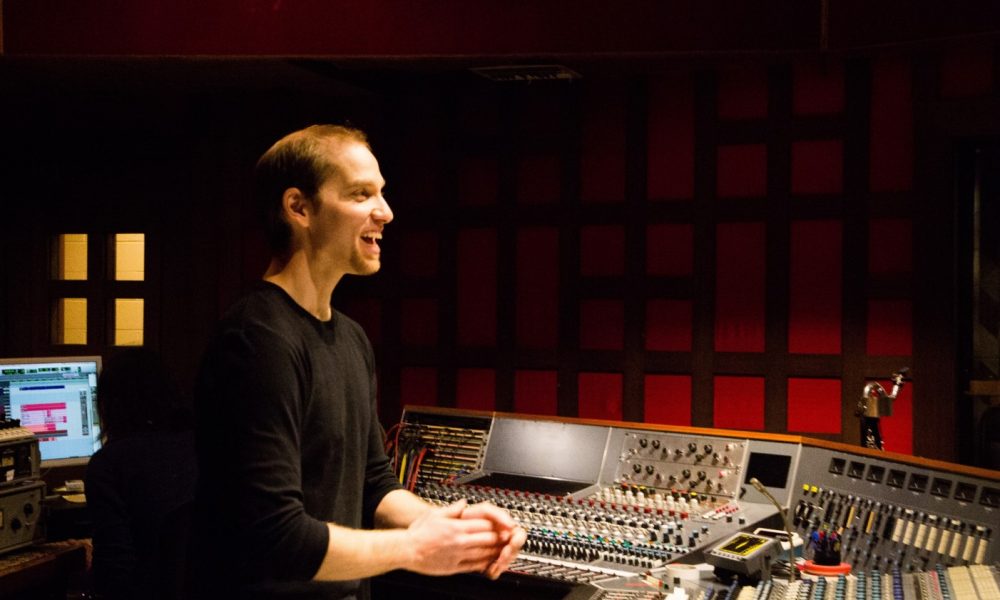 Today we’d like to introduce you to Daniel Raijman.

Daniel, let’s start with your story. We’d love to hear how you got started and how the journey has been so far.
I was born in Israel and before I turned two my Argentinean parents moved back to their home country. I grew up in Buenos Aires and since I have any recollection I remember being very passionate about music. I would participate in the elementary school choir at the age of six. I recall playing an imaginary piano (that would be called “air piano” today hahaha) at the age of five until I got a real one at the age of seven. I then move to guitar which is my primary instrument up to date. I started writing my own songs at an early age and discovered Jazz during my teenage years. It was very clear to me that I wanted to be a musician so I have always tried to stay close to my dream, I still do. I had the privilege of having the support of my family. When I finished high school I enrolled the Buenos Aires Music School where I would go and get my Bachelor’s in Guitar Performance. During that time, I was very active in the Jazz music scene playing almost every week. When I approached my twenties I realized that I had a strong interest in composition. I studied four part harmony and counterpoint with Edgar Ferrer and Jazz composition with Guillermo Klein. Fast forward, I once heard from a very well known orchestrator in Los Angeles, that you should see yourself as a toolbox, the more tools you have the more you are likely to have that tool that opens the door and allows you to do things and collaborate. I’ve always taken being a professional musician very seriously, asking myself what else could I add to my toolbox.

Back to the story, I studied and got a diploma in music production and worked composing music for commercials for a while. That’s when I discovered I wanted to write for films. There wasn’t enough information about the craft of composing music to picture back in Argentina so I decided I would have to take an online class at Berklee College of Music, all while I was actively working in Buenos Aires in a recording studio and teaching private guitar lessons. That lead me to discover my passion for film scoring and ultimately made me want to move to Los Angeles to pursue a career as a film composer. I graduated from the UCLA Film Scoring Program where I had mentors like Mark Watters and Norman Ludwin who helped me to further develop my writing and orchestral skills and take them to the next level.

Martin Buber once wrote “All journeys have secret destinations of which the traveler is unaware”. In 2014 just one year after I arrived to the US I got to meet Cantor Marcus Feldman and Rabbi Erez Sherman at Sinai Temple and started collaborating with them, playing guitar at Friday Night Live services, arranging music and ultimately co-producing, performing and writing original music for Sinai Temple’s first album in 2017. At Sinai I met Chloe Pourmorady, composer, violinist, singer and wonderful artist who approached me with the idea of putting together a new ensemble. We performed our first concert at Skirball in December of 2016, selling out more than a week ahead of the concert. Since then we had always talked about recording an album. I’m very proud to say this year Chloe Pourmorady Ensemble just released its debut album which I had the honor to produce. It was recorded last year at NRG studios and UCLA, following a very successful kickstarter campaign. Begin Majesty is available on iTunes, Apple Music, Spotify and other streaming platforms and just won a Gold Medal for both best album and best ensemble at the Global Music Awards.

Back to film scoring, in 2017 I had the opportunity to write additional music for SYFY Channel’s TV Show Superstition which Netflix made available worldwide. The following year I scored the multi award-winning short Holiday Hostage starring Maggie Wheeler from Friends and Don Stark from Green Book, available on Amazon Prime. I have also composed and recorded guitars for CBS’s The Young and The Restless. I did other projects in between that got nominated and/or won awards at various film festivals. Last year I had the pleasure of being lead orchestrator for the film Radioflash, starring Dominic Monaghan (Star Wars: The Rise of Skywalker, Lost and Lord of the Rings among others), we recorded the orchestra at Capitol Records.

Has it been a smooth road?
We often face obstacles but we can only do something when we see them as challenges. When you see them as challenges you are not only more likely to overcome them but also to enjoy them and learn something from them. Challenges usually happen when you are out of the comfort zone, and that’s the one place where learning and growing happens. I decided to move with my wife to the US about six years ago. Of course it wasn’t an easy journey but easiness is something that’s always out of the equations when you decide to be a musician so I was pretty familiar with the concept of not giving up. We recently got our green cards and I can say Los Angeles feels like a home to us now. I think the biggest challenge when you decide to be a musician is to never give up, evolve, grow, learn and never give up. I face challenges every day, especially in a crowded and always changing music industry. I also became a parent for the first time last year and faced the challenge of balancing my personal and professional life. I’m doing my best to achieve that balance, keep growing my career and business as well as enjoying parenthood.

We’d love to hear more about your work and what you are currently focused on. What else should we know?
We are planning some concerts with Chloe Pourmorady Ensemble for the end of the year, trying to spread the word about the album, this incredible group and the music we do. I’m also producing bands for private and corporate events and working with independent artist who want to have their music produced. In the scoring world, I just finished the music for an upcoming podcast show, I have some projects I’m working on as an orchestrator and additional composer. I’m also working on my company’s website, Lox Music. I realized that I was doing multiple things and I needed a place to show them all, that’s when I thought about Lox Music, my publishing company and mow music production business. Life is not linear, it wasn’t at least for me. I constantly get pulled into different music experiences and I enjoy them all. The more I work in the music industry, the more I see it as a collaborative art. Sometimes I’m called to be the composer, the orchestrator, the guitarist or a consultant. I absolutely love collaborating with others no matter what my role is. Every single time I’m involved in a project I think of it as if it was my own, and I feel I have a personal responsibility to make it the best I can, no matter the budget, the style or the circumstances. Every time there’s silence, and music is about to break that silence, there’s an opportunity to inspire someone, to connect with someone or with something greater than us. I feel and I see music like that, an opportunity for greatness.

Is our city a good place to do what you do?
Los Angeles opened up a lot of doors for me professionally. I love its diversity, the history this city has in terms of music, film and other artistic expressions. For a composer, producer, guitarist like me this place is full of opportunities and wonderful and passionate people willing to collaborate.

I would definitely recommend living in LA, at least some time, to anyone seriously considering working in the industry. I would also suggest to come as prepared as possible in terms of experience and knowledge so your toolbox is full. 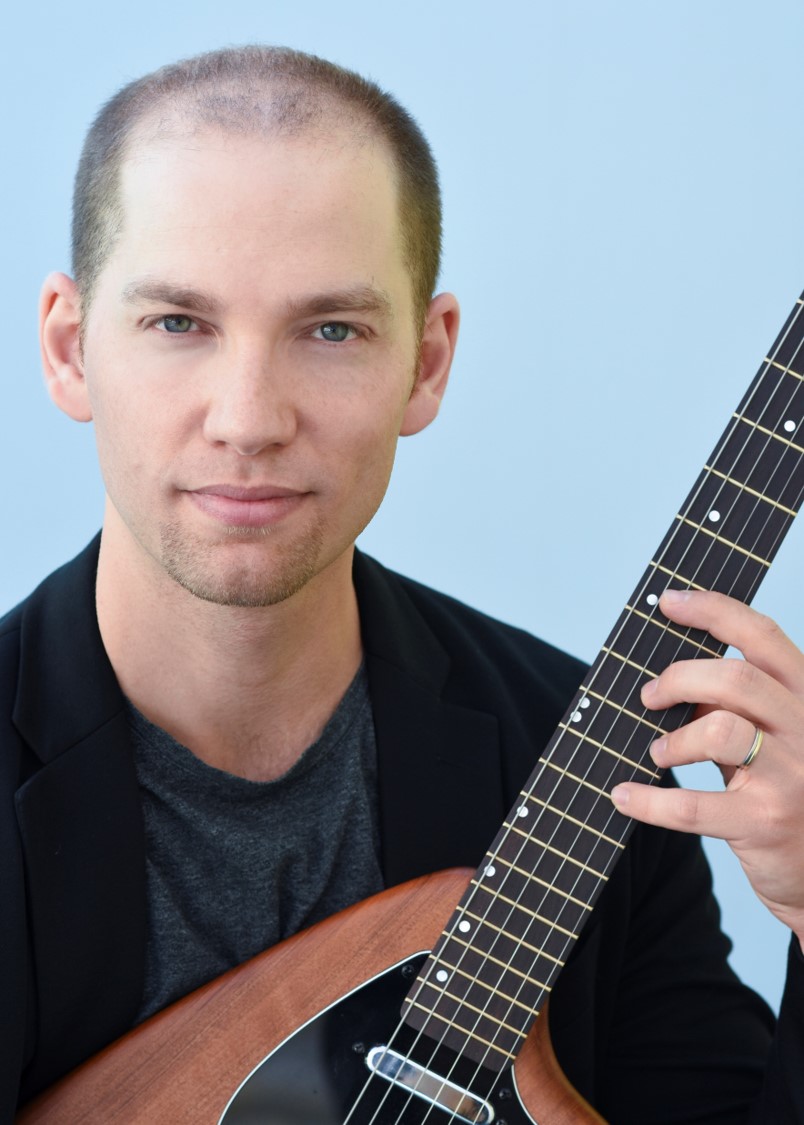 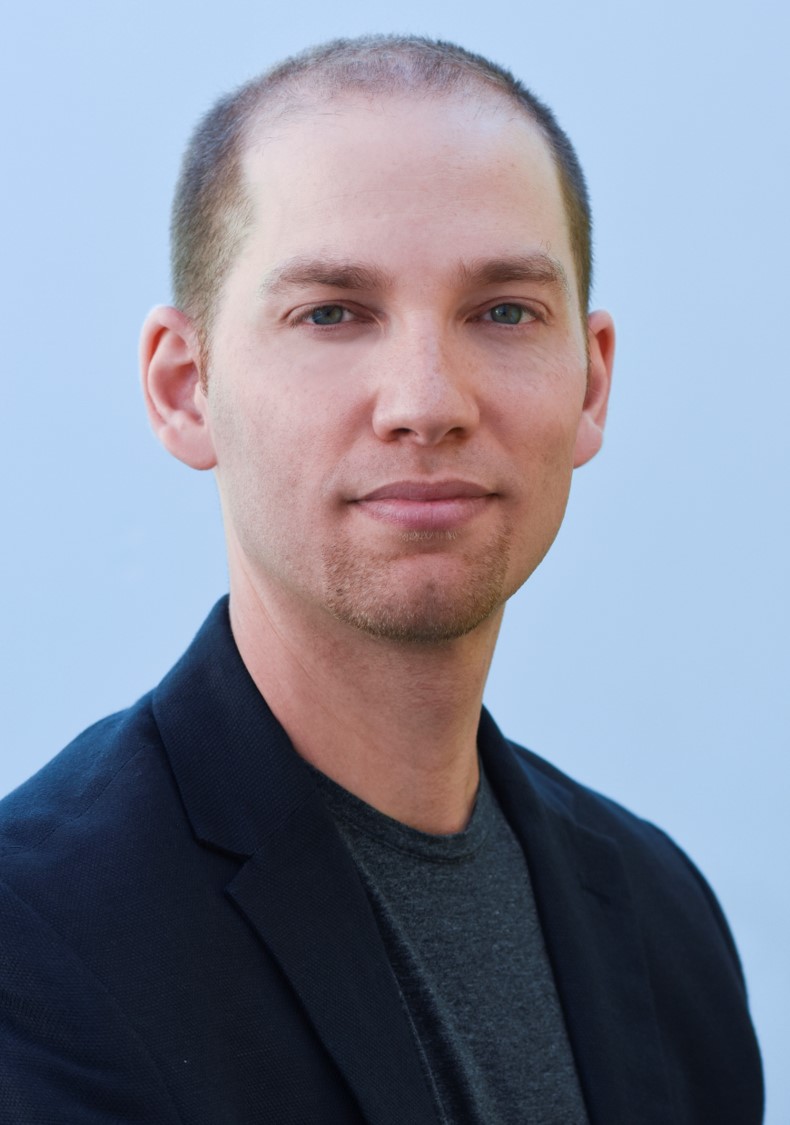 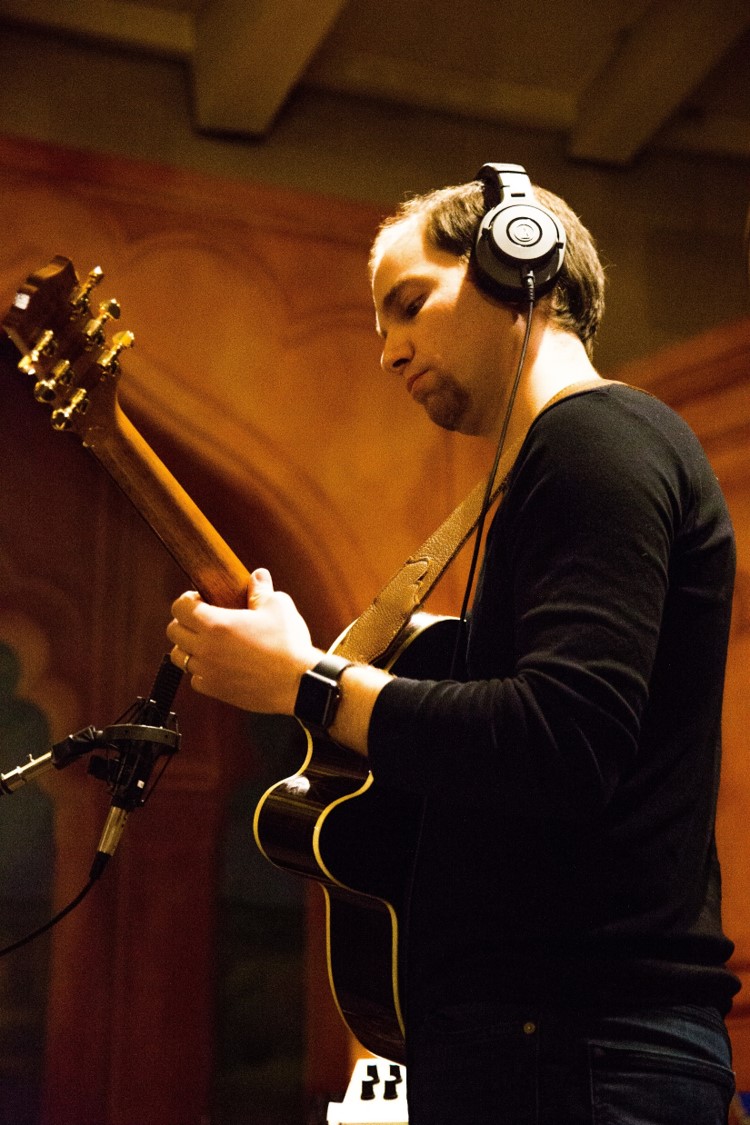 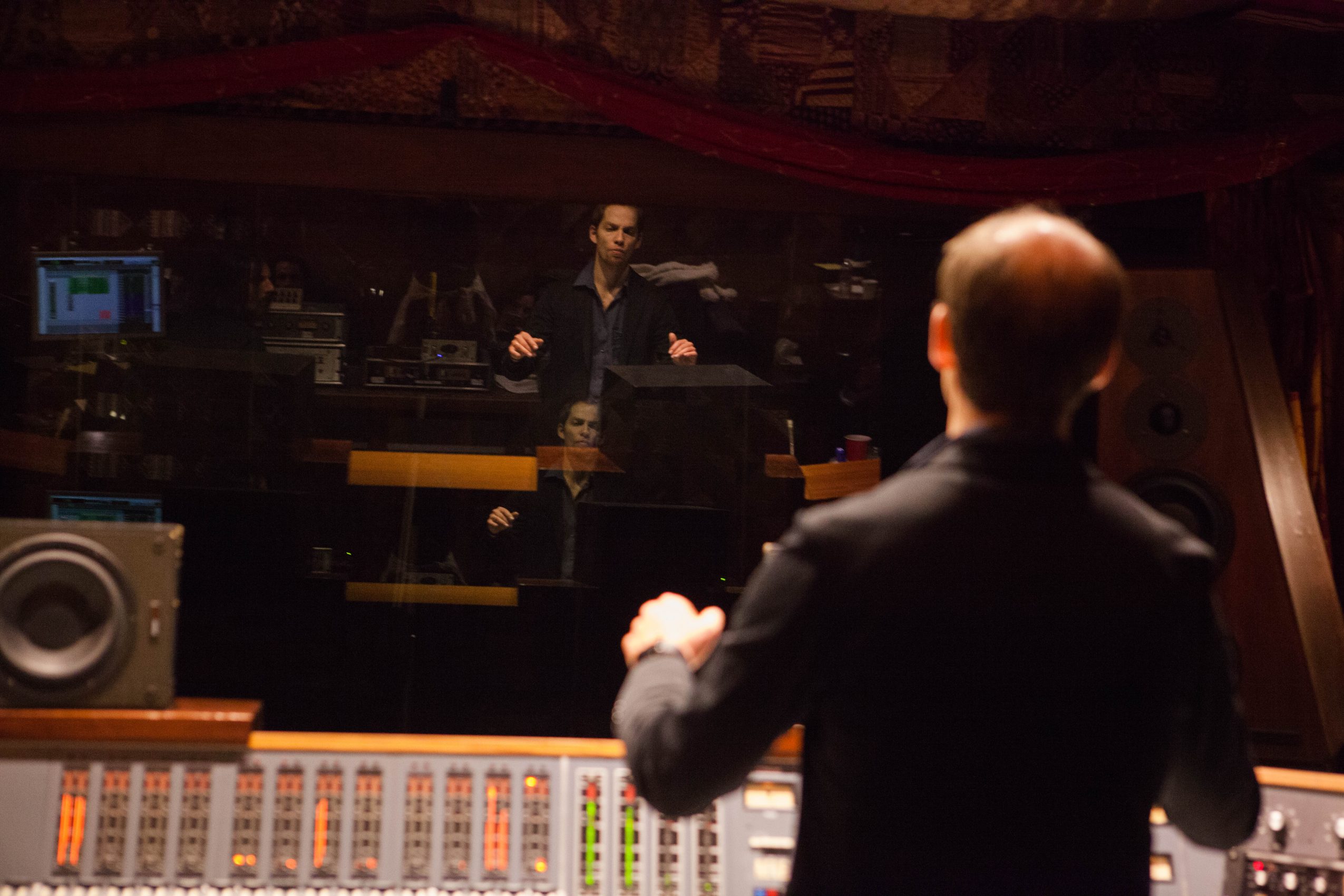 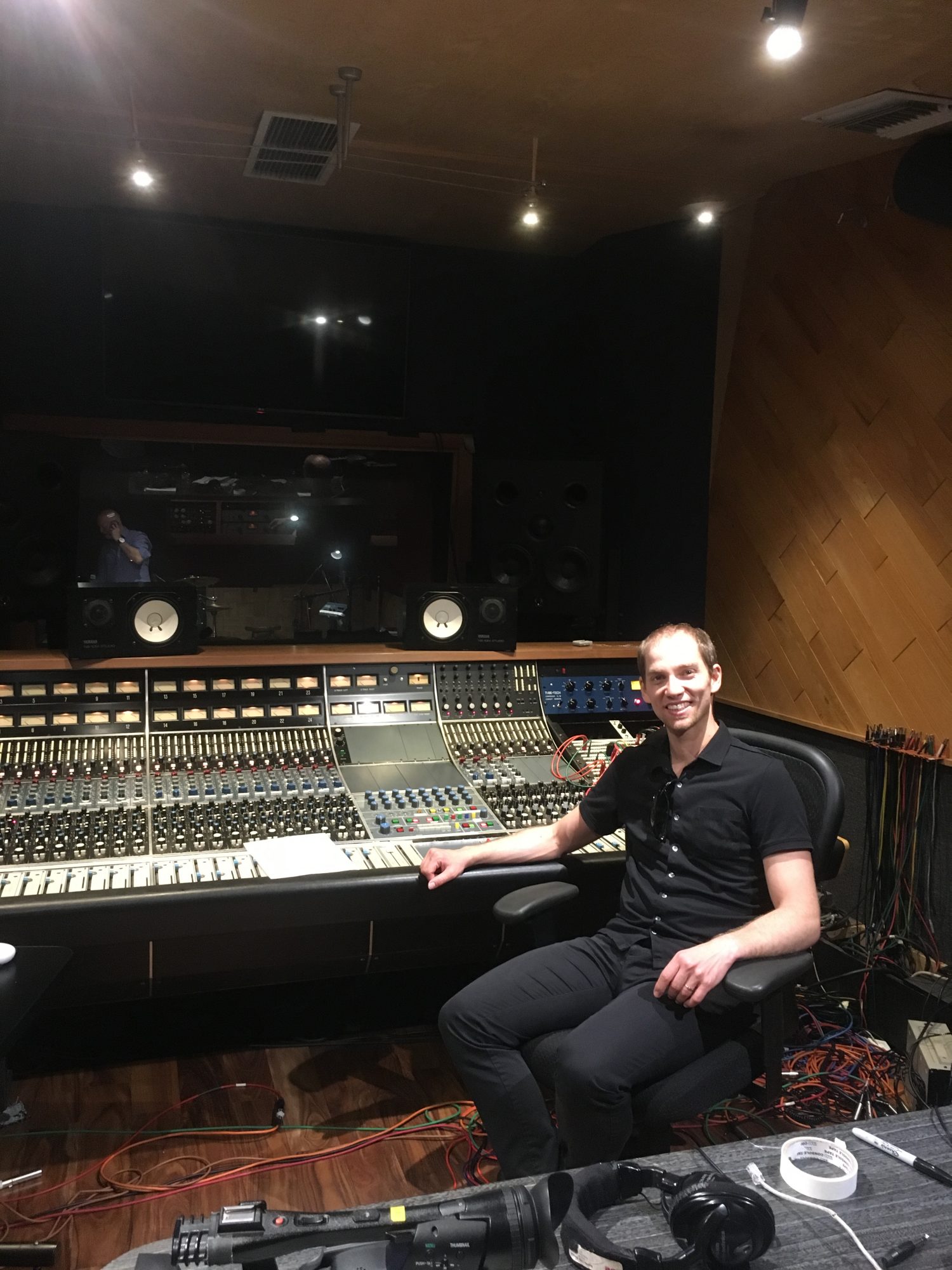 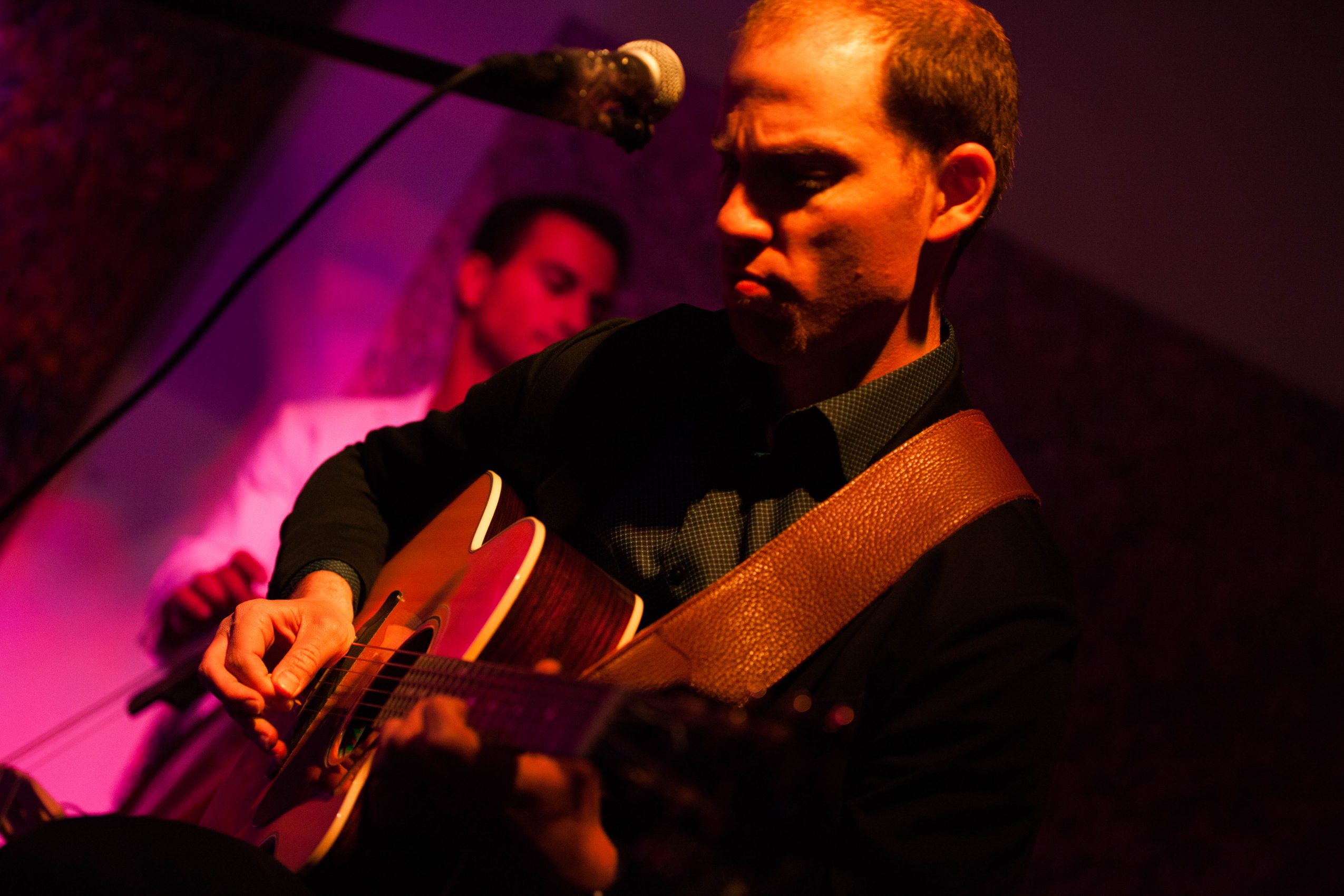