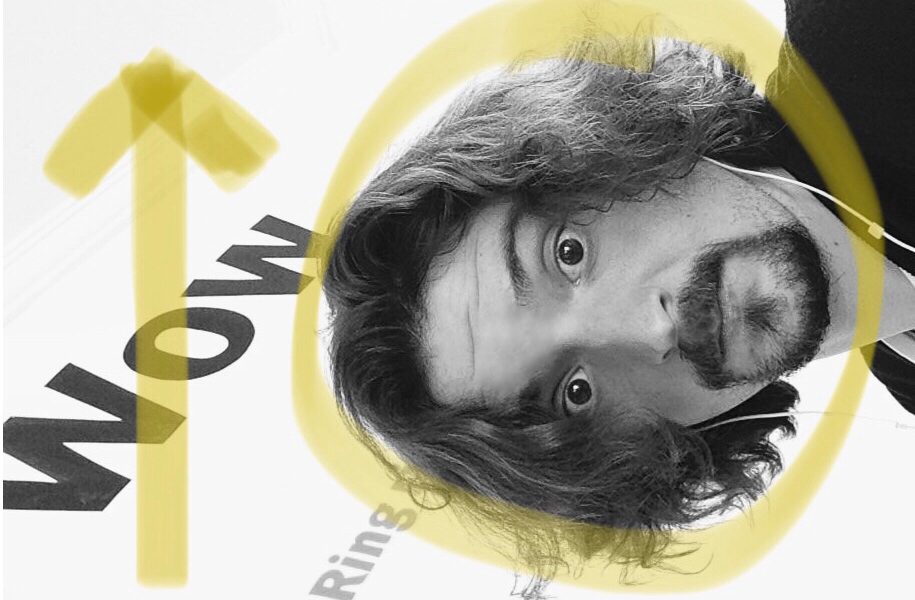 Today we’d like to introduce you to Daniel Pradilla-De Bedout.

Daniel, can you briefly walk us through your story – how you started and how you got to where you are today.
I clearly remember one particular day, as if it was yesterday. It was a Friday in October of 1995 and I was seven years old then. My parents and I had just entered an old movie theater. My dad told me that we were going to watch a film about the 1970 Apollo lunar mission. He was talking about Apollo 13. About five minutes into the film, I said: “I want to be an astronaut myself”. My dad whispered: “Then you should pay attention to the film, you might learn something”. And that is exactly what I did. I have never paid so much attention to anything before in my life.

As soon as the film ended, my dad told me: “Ron Howard, the director of Apollo 13, played Opie Taylor on The Andy Griffith Show, a television program that I used to watch when I was a kid”. Then I turned to my dad and said: “I don’t want to be an astronaut anymore”. My mom intervened and asked: “Why not?”. I looked into her eyes and answered: “Because I am going to be a filmmaker. I want to do what Ron Howard does. I want to tell stories”. And I’ll never forget what my parents said to me that day: “If you want to be a filmmaker, you’ll have our full support. But take this advice: you have to work as hard as you can to ensure that you become the best filmmaker you can be”. And that is exactly what I have done since then: I have been telling stories through a lens.

During the 2014 Guanajuato International Film Festival [Mexico], I was the TorinoFilmLab Coordinator. TorinoFilmLab is an international laboratory that supports filmmakers from all over the world, through development, production, and distribution funding activities.

My next professional step would be Sony Pictures Television. I worked on different TV Series; I went from being Assistant Director (on set) to being Executive in Charge of Production and Director (on set). During this time, I also worked on a Discovery Channel documentary about the life of Benito Juárez: a Mexican politician and lawyer, who served as the 26th President of Mexico.

Afterward, I got a job offer from Fox: I became the Head of Production and Director on set at Fox Mexico. During this new phase, I worked on several TV Series and documentaries for Fox-owned National Geographic. That occurred before Disney acquired 21st Century Fox’s entertainment assets.

One of my biggest passions in life [besides filmmaking] is sports. I am addicted to watching sports: American Football, Soccer, Tennis, Golf, Formula 1 Racing, Basketball, Baseball, Hockey… you name it. At Fox, I directed the Pilot for a TV Series about sports and I had the amazing opportunity to produce and direct several TV Commercials for Fox Sports Mexico during the 2018 FIFA Soccer World Cup. Fox Sports is one of the biggest pay-television sports channels in Latin America. Soccer is the most-watched sport in Mexico and the FIFA Soccer World Cup is an event that -understandably – paralyzes the country. Everyone’s eyes are fixated on a screen during the month that the tournament is held.

However, in 2018 some words were echoing in my mind: “In order to be a better Producer and a better Director, you should study Cinematography. Cinematographers have a unique and exceptional vision. Knowing and understanding the craft of Cinematography will make you a better Producer and a better Director”. I decided it was the perfect moment to put into action those words. I wanted to develop my personal projects. Therefore… I left Fox, I left my comfort zone, and I came to Los Angeles.

Recently, I wrote, directed, and produced an award-winning Short Film [Proof of Concept for a feature film]. Before the COVID-19 pandemic halted the Film Festival circuit, the film won “Best Short Narrative” at the Miami Independent Film Festival. Once the Film Festivals recommence, I will be looking forward to the continuance of our film’s journey.

Last month I finished a new draft of the script for the feature film version of the Proof of Concept mentioned above. If everything goes according to plan, I will be producing and directing this feature film.

My savoir-faire comes from a combination of academic education and professional experience. Throughout my career, I have been fortunate enough to have worked on feature films (both fiction and documentary), TV Series, TV Commercials, and Music Videos. I also have an ample photography portfolio.

Randy Pausch, an American professor of computer science and human-computer interaction, once said: “Experience is what you get when you didn’t get what you wanted. And experience is often the most valuable thing you have to offer.”

We’re always bombarded by how great it is to pursue your passion, etc – but we’ve spoken with enough people to know that it’s not always easy. Overall, would you say things have been easy for you?
It has not been a smooth road. Obstacles and challenges have been the foundation of my resourcefulness and creativity. Those obstacles, those challenges… have forced me to become a better version of myself.

One of my biggest obstacles has been to overcome the fear of failure. I have learned that I must create my path to success on top of the ashes of my mistakes. The mistakes and failures are lessons in disguise. Those lessons are knowledge. In order to be successful, I need to taste the aromas of failure.

My current challenge is raising the financing for my next feature film. Recently, I wrote, directed, and produced an award-winning Short Film [Proof of Concept for this feature film]. Before the COVID-19 pandemic halted the Film Festival circuit, the film won “Best Short Narrative” at the Miami Independent Film Festival. Once the Film Festivals recommence, I will be looking forward to the continuance of our film’s journey.

We’d love to hear more about your work and what you are currently focused on. What else should we know?
When writing screenplays, I focus on the human essentials: love, memories, relationships, fears, dreams, laughs, tears… I want the audience to feel an intimate connection with my characters and the situations I describe and construct. The shared element in my stories is the exploration of human relationships in mundane scenarios. The exploration of the mundane, the habitual, the elements of the everyday life that go unnoticed… is one of the guiding principles not only of my writing but also of my photography. My camera has basically become a limb. I carry it almost everywhere with me.

I like to write thought-provoking stories and encourage people to talk about subjects that they would habitually keep to themselves. I want my stories to make people think, to engage them in a reflective thought process.

My most recent screenplay, “Let’s Pretend I’m Talking About You”, is the story of Sebastian, a sommelier who meets a strange woman at a seaside cabin. Memories of a previous relationship constantly invade Sebastian and jeopardize what appears to be the perfect encounter. As conversations occur, the identity of the strange woman is revealed and her connection with Sebastian’s past is disclosed.

Where do you see your industry going over the next 5-10 years?  Any big shifts, changes, trends, etc?
I see myself writing thought-provoking stories and capturing them through a lens. 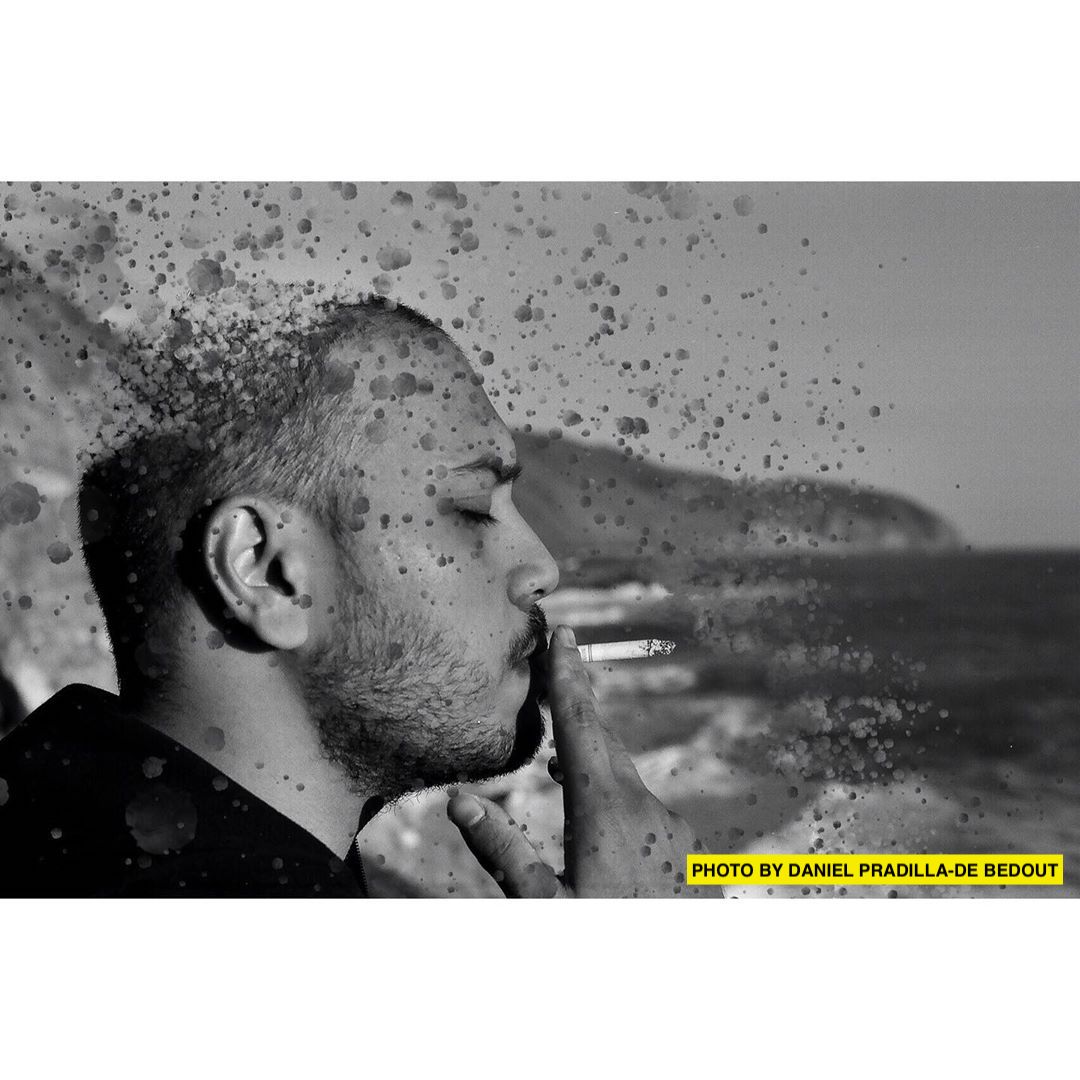 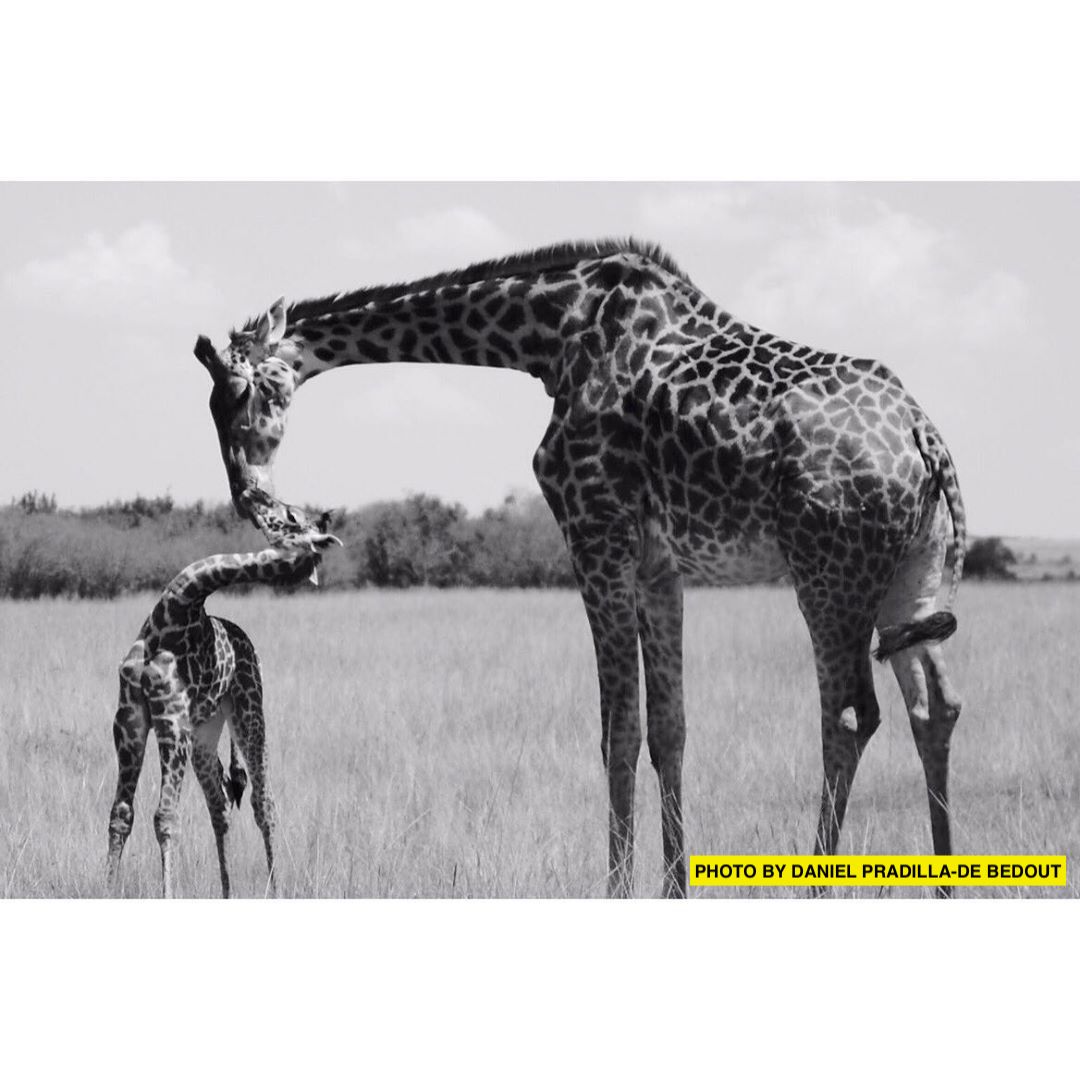 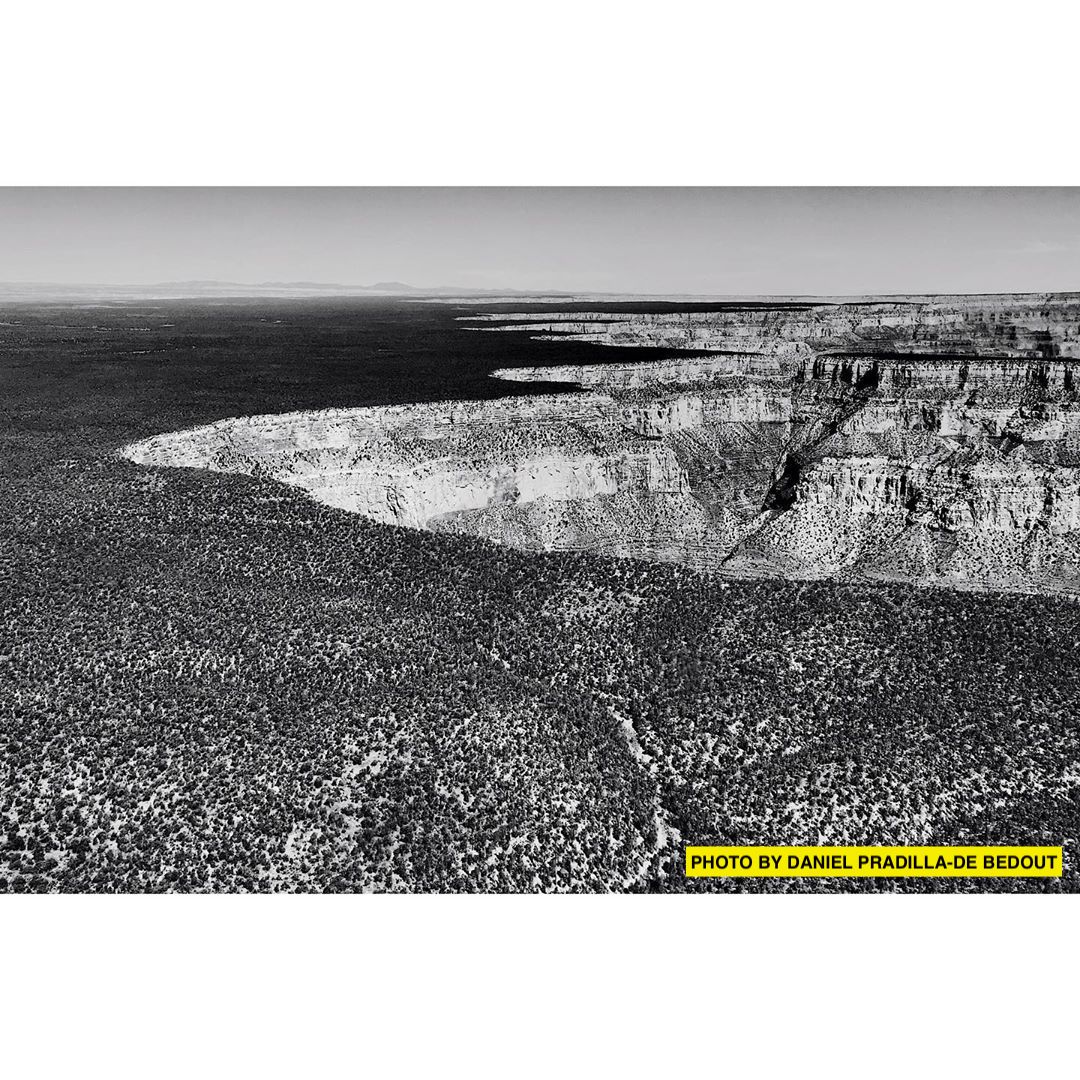 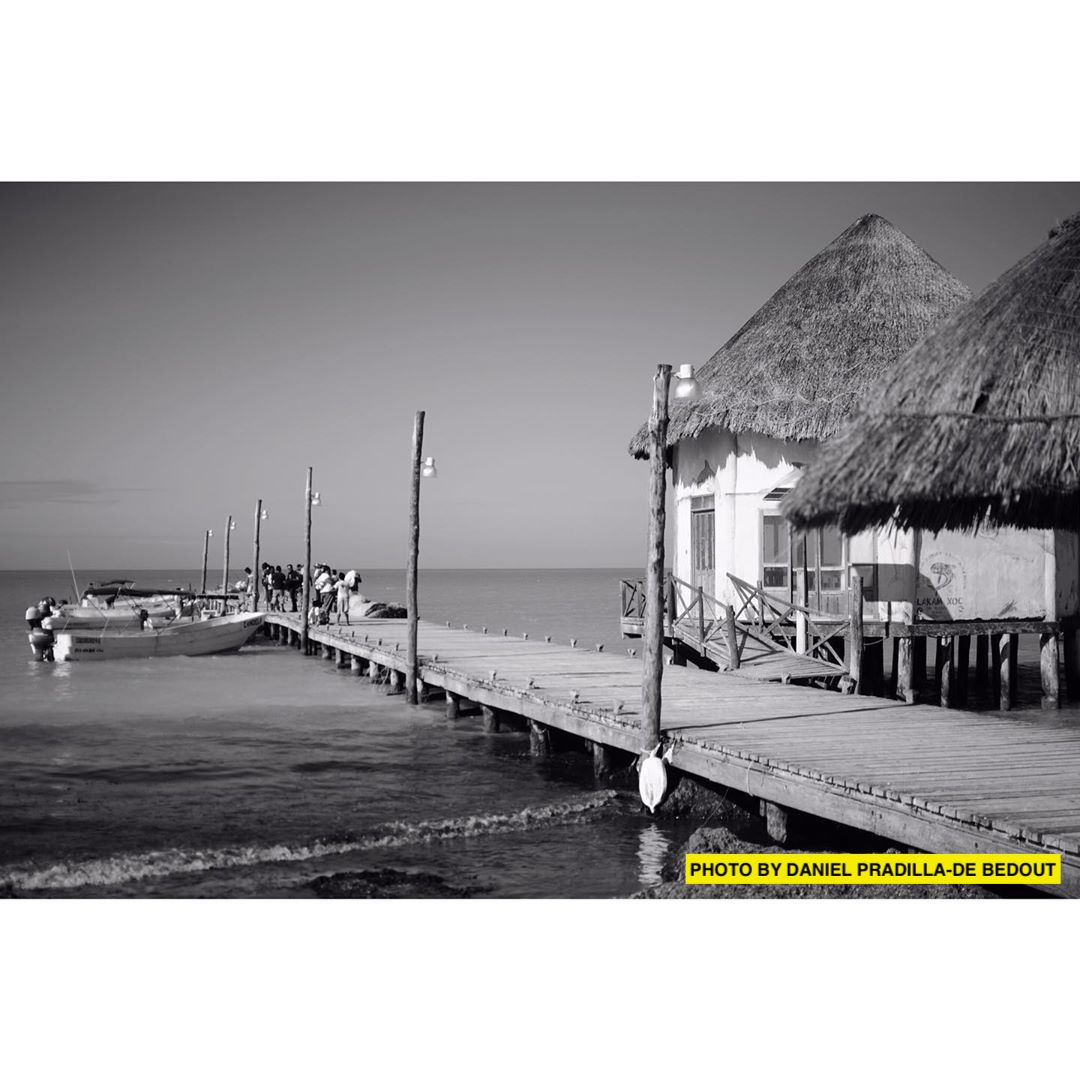 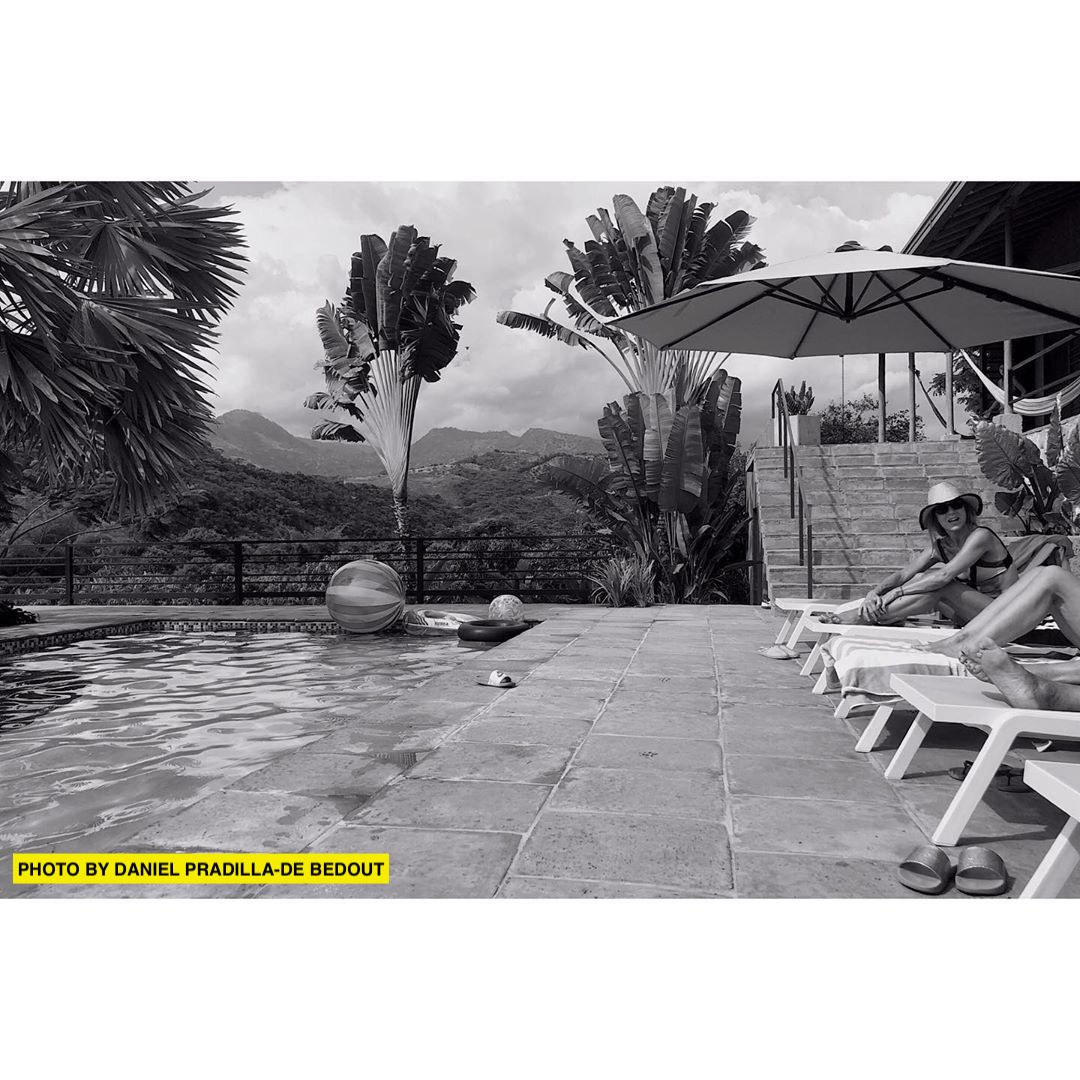 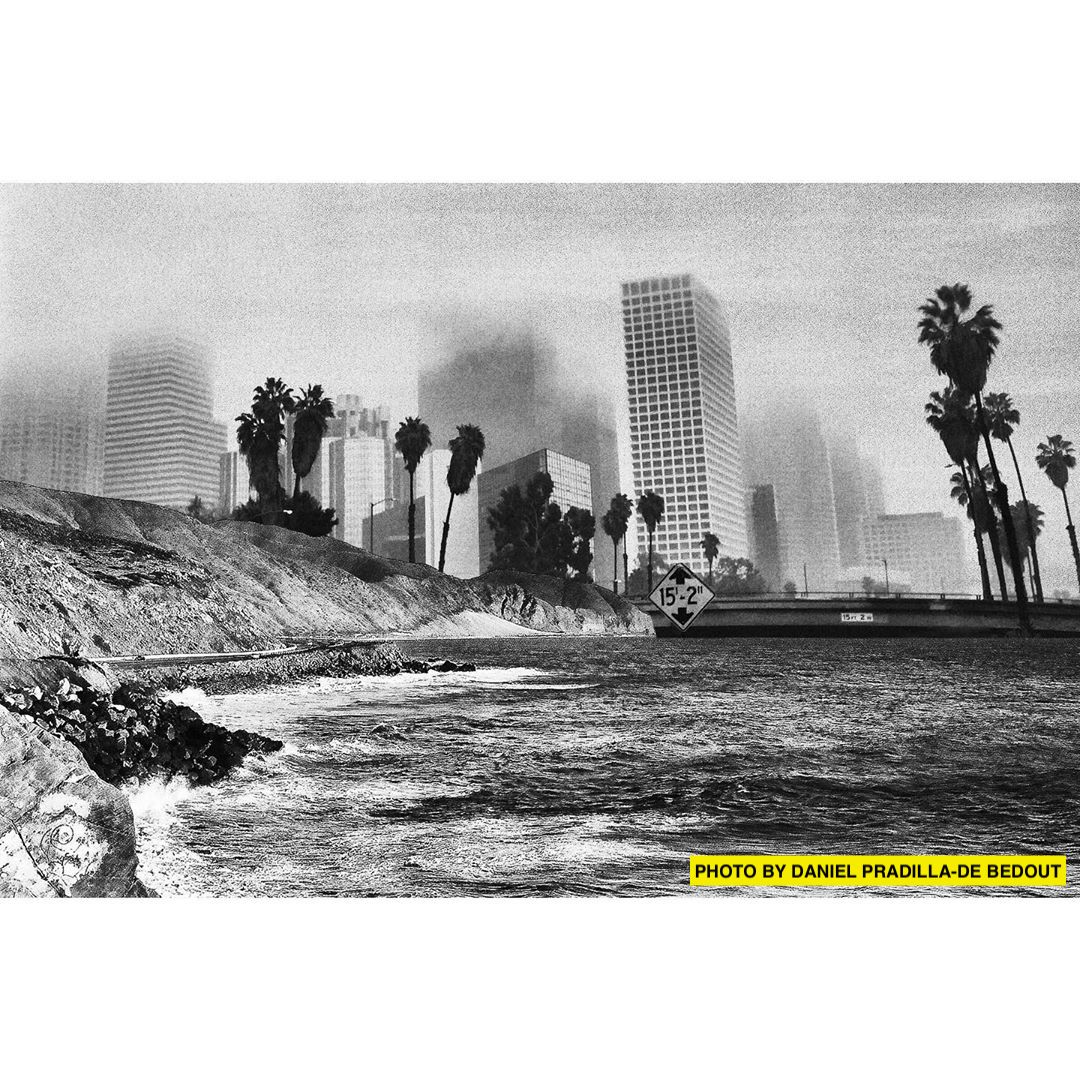 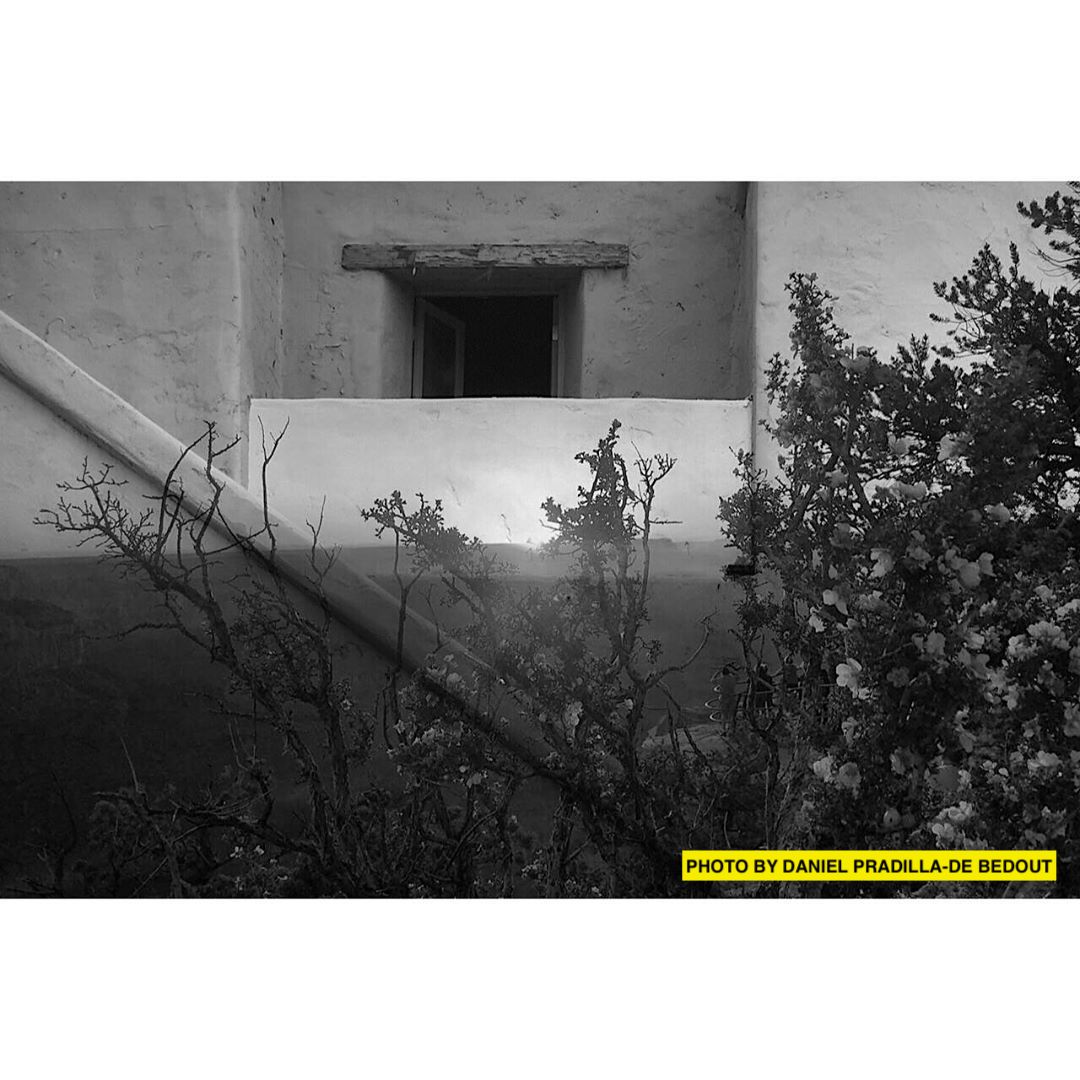 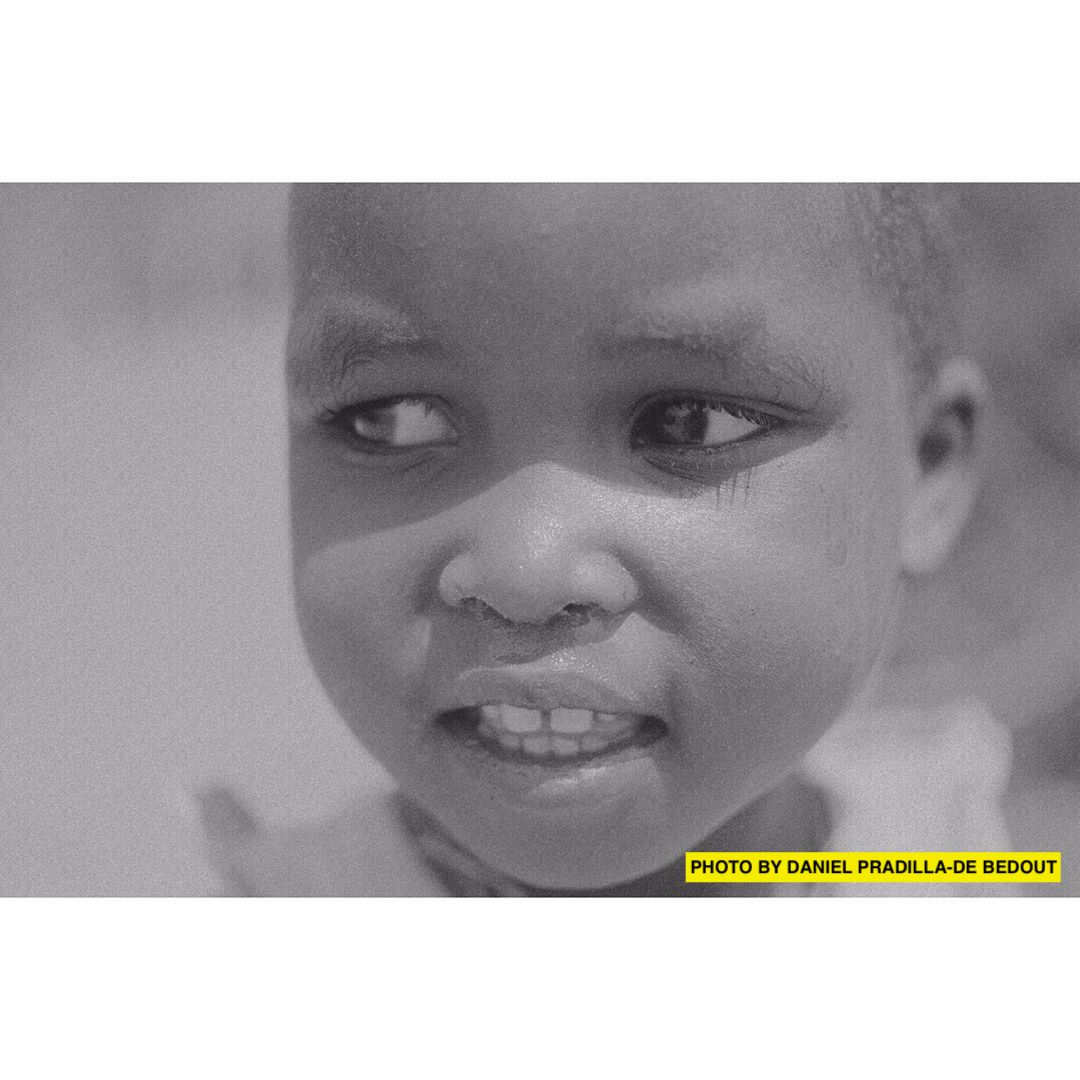 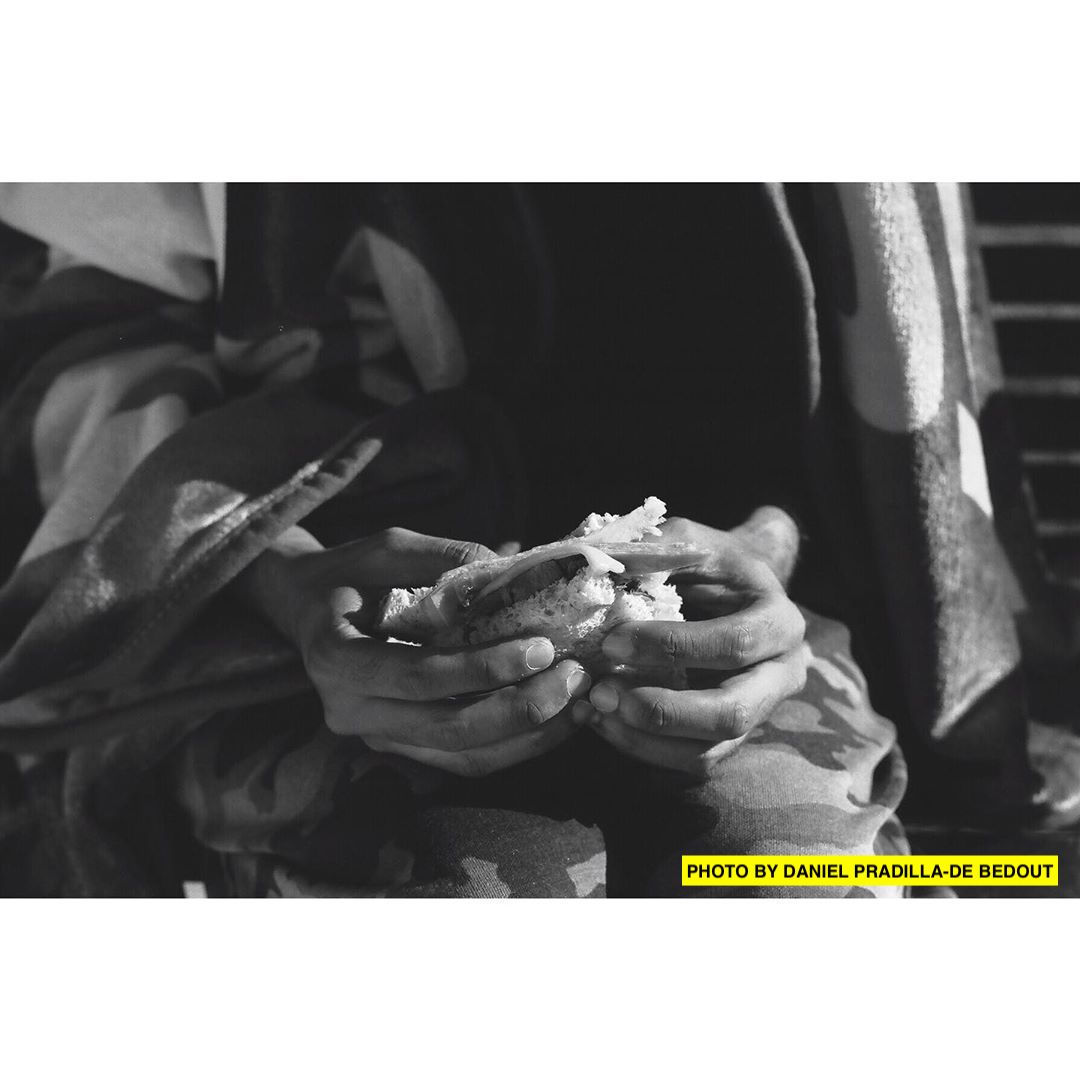 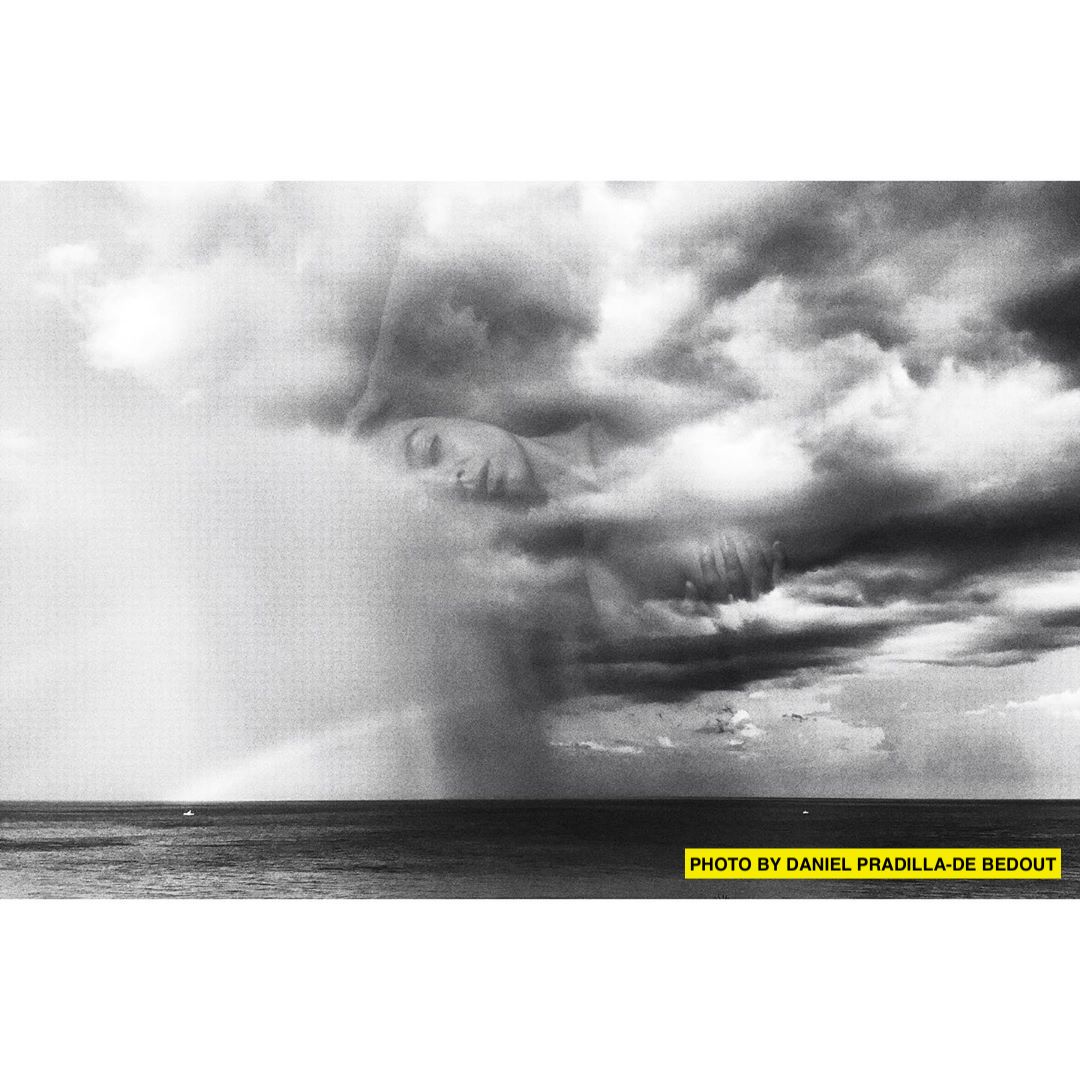