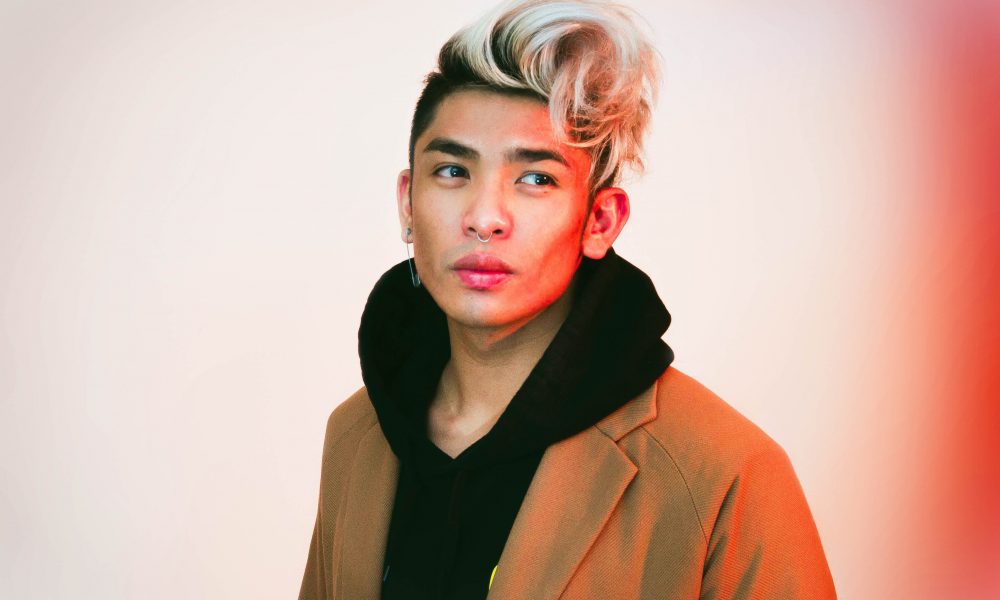 Today we’d like to introduce you to Daniel Mayúgba.

Daniel, can you briefly walk us through your story – how you started and how you got to where you are today.
Looking back and trying to coherently stitch the pieces of my story together has always been a bizarre experience for me. If I were to have spoken to myself just a few years ago, working as a Film Director would probably be one of the last places I would have expected to end up. In many ways, I’d say my story is that of a very typical West Coast kid. I grew up in the quiet San Dimas suburbs around half an hour drive from downtown Los Angeles. I played soccer (thought I’d go pro), sung in a band (thought I’d go pro) copied my friends’ homework (never thought I’d go pro), and eventually managed my way into college to study business.

At the same time, however, curiosity has always gotten the better of me, nudging me down paths that, in hindsight, weren’t always so typical. I grew up with Frank Sinatra and Louis Armstrong as my idols while binging Roger & Hammerstein musicals alongside black and white war documentaries with my grandfather. When I wasn’t trying to compose music in the middle of class, I’d be writing short stories in the privacy of my room and dusted off my Dad’s old film camera to take indistinguishable photos to accompany them. There was an itch to create that I never could quite satisfy.

It wasn’t until my Dad was diagnosed with cancer that I fully embraced this appetite. Time no longer was a given, it was an investment, and it forced my hand to investigate only that which excited me. I dropped business, I hated it, and I picked up a camera again. I chased whatever inspired me and asked favors from friends to help me create anything I could. Not long after, much to my surprise, I’d go on to win my first film festival which gave me momentum to pursue film further at Art Center College of Design in Pasadena.

I’ve come to recognize that my story is made up of a whole bunch of puzzle pieces that don’t really fit together and, in turn, has made me a walking collection of contradictions. Being the son to first-generation Filipino parents, this sort of volatile existence wasn’t always understood. I’d even argue that my upbringing in an Asian household while navigating American culture was a contradiction in itself. This too, however, has helped shaped my story.

It’s this brand of capriciousness, I think, that has defined how I see the world. I’ll reference Kubrick and quote Spongebob in the same breath. I crave intensity regardless of what shape or flavor I might find it, and I think this is what I constantly try to express in the work that I create. I like things that allow people to question themselves and to feel complete, be it tragic or hysterical. It’s become overwhelmingly obvious to me that Film offers both a window and a doorway into the human experience that I’d call nothing less than sacred. Once I had a taste of this, it was really over for me.

Great, so let’s dig a little deeper into the story – has it been an easy path overall and if not, what were the challenges you’ve had to overcome?
Easy? No, of course not, not by any means. Enjoyable? Without a doubt and worth every moment. I am the first in my family to pursue a career in the arts. There was never really any roadmap for me as I was navigating uncharted territory which came with a remarkable amount of trial and error. Mostly, it was figuring out there wasn’t any pre-established, “correct” way to operate and work, there was only the way that was most effective and felt the most natural to me.

Moreover, there is a certain type of self-criticism reserved for a creative who is trying to create. When you become your own worst nightmare, ideas that would regularly flow out with little effort become an outright nuclear war between two halves of a whole. This inevitably stifles art, at best. At worst, it kills it off completely. I believe some of the world’s greatest masterpieces will never be known as it was taken to the grave by some poor soul’s self-doubt.

Getting over this instinct is one of the biggest challenges, getting over yourself to be more precise. Not everything that I create is going to be a Space Odyssey, in fact, a good portion of it is going to be awful. However, it’s developed into a critical part of my process that has become more significant than my successes. For a long time, I wouldn’t publish anything that I made or I managed to talk myself out of ideas. “It’s too much like that one thing I saw that one time… Even if it’s not, it’s not as good.” I’ve learned to live with the fact that nothing I make is ever going to be as good as I want it to be. I think the day that it is, is the day I’ll retire. In the same vein, everything I make will always be inspired by something else and the sources of my creativity. But we “steal like an artist” as they say. We might be looking at a drawing of a pipe, but there is no one else that sees the pipe how I see it, and the challenge becomes justifying the value in that.

In a more practical sense, the challenge becomes not only justifying the value to myself but justifying the value in a way that can be translated to an audience of my peers and strangers alike. The value is in the idea. Preserving this truth through doubts and skepticism will always be a difficult task, but is what also allows me to bring my voice to each individual project, I begin with confidence. Life in the industry is a marathon, especially considering how events of 2020 have presented a mountain to climb as they have with many other industries. It’s these small truths I hold onto that give me the stamina to weather the storm.

We’d love to hear more about your work and what you are currently focused on. What else should we know?
Although I’ve really been through the ringer in film productions, switching hats where I’m needed to be included some extensive experience as a Producer, I seemingly always end up back in the Director’s chair. It’s creation in its purest form, I think, and where I feel the most at home. As fulfilling as it might be, I’m also consistently reminded of the responsibility carried by the title of a Director. I think it’s imperative of any creative, really, to recognize that any piece of work that we put out in the world is inherently influencing and defining our society. I take it as a personal responsibility to create work that is never tone deaf, that is aware of the state of humanity, and that allows us to question ourselves.

I do my best to lead with this principle in every project I am a part of. Outside of producing a number of music videos and fashion films that have been nominated in international festivals, I have just wrapped up directing a series for FLAUNT Magazine in conjunction with Netflix featuring their upcoming talent. Currently, I’m finishing up a fashion film I directed for Numéro Magazine that is set to release in the coming weeks. I have recently been privileged enough to be given the opportunity to expand my body of work into the music industry with a number of music videos. I’m excited to be working in collaboration with Jessica Andrea to direct the music video for her upcoming single Hands. On top of that, I’m also working on a series of music videos for Chicago based artist Apache Grosse. It’s an ambitious project that blurs the lines between music video and short film which I think maybe one of the first of its kind.

I’m currently represented as a Director by Filipino-American founded, Chicago based Pogi Studios. In addition to having a uniquely Asian American, creative voice which gives me a vessel to express my own heritage, Pogi champions principles similar to my own in creating work of enduring value. In creating films that are both visually captivating and socially relevant, it is my hope to capture this flair and bring it out to Los Angeles while simultaneously adding some of my own spices on top. I’ve got a number of other projects cooking, some looking to expand into an international market. Fortunately, I am still young and irresponsible enough that I might just pack my bags and see what I can find, maybe create in Asia for a while. The future is unwritten and I’m more than happy to go along for the ride.

What moment in your career do you look back most fondly on?
The proudest moments of my career are undoubtedly ahead of me! This is very much only the beginning. I try to keep my eyes on what is in front of me and tend to lose track of what is behind, so this becomes a bit difficult to answer. Honestly, the proudest moment of my career would simply be starting my career. There were a hundred and one reasons for me to reconsider and only one reason for me stick to it.

I should clarify when I say “starting my career”, by that I mean the dozen or so times that I started my career. Hell yes I’ve gotten very close to walking out the door, I may have even left the room a couple of times. I am proud, though, that I always did find my way back and I continue to find my way back. I think that’s what a lot of film, or creating in general, is about.. finding your way back despite the world telling you otherwise.

I feel like there are only a handful of moments in our lives when we experience something authentically beautiful, it’s rare but you know it when you feel it. When it happens, it’s best not to think and just let it consume you. I’m grateful that I did and I hope that everyone gets to experience that at least once. 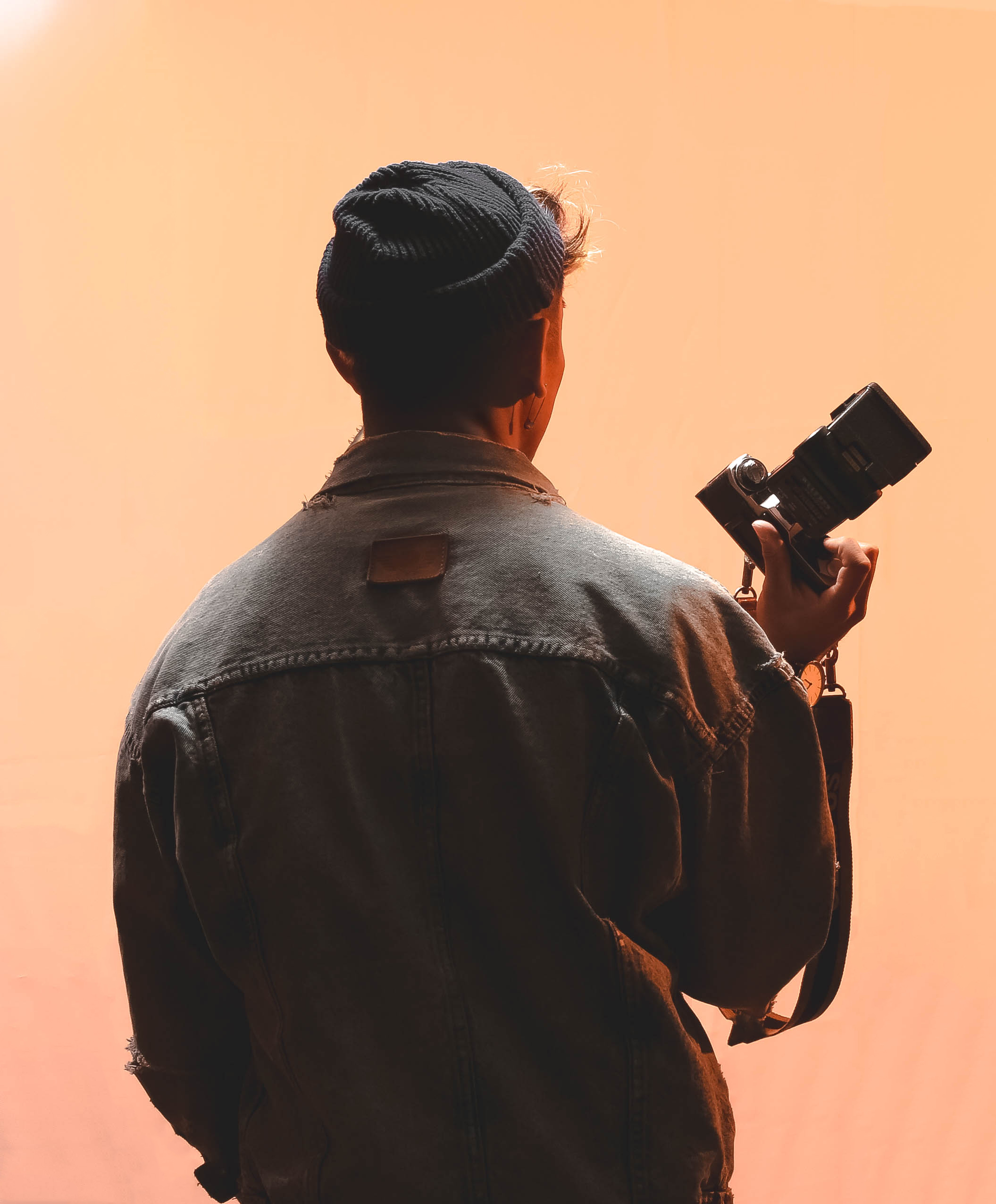 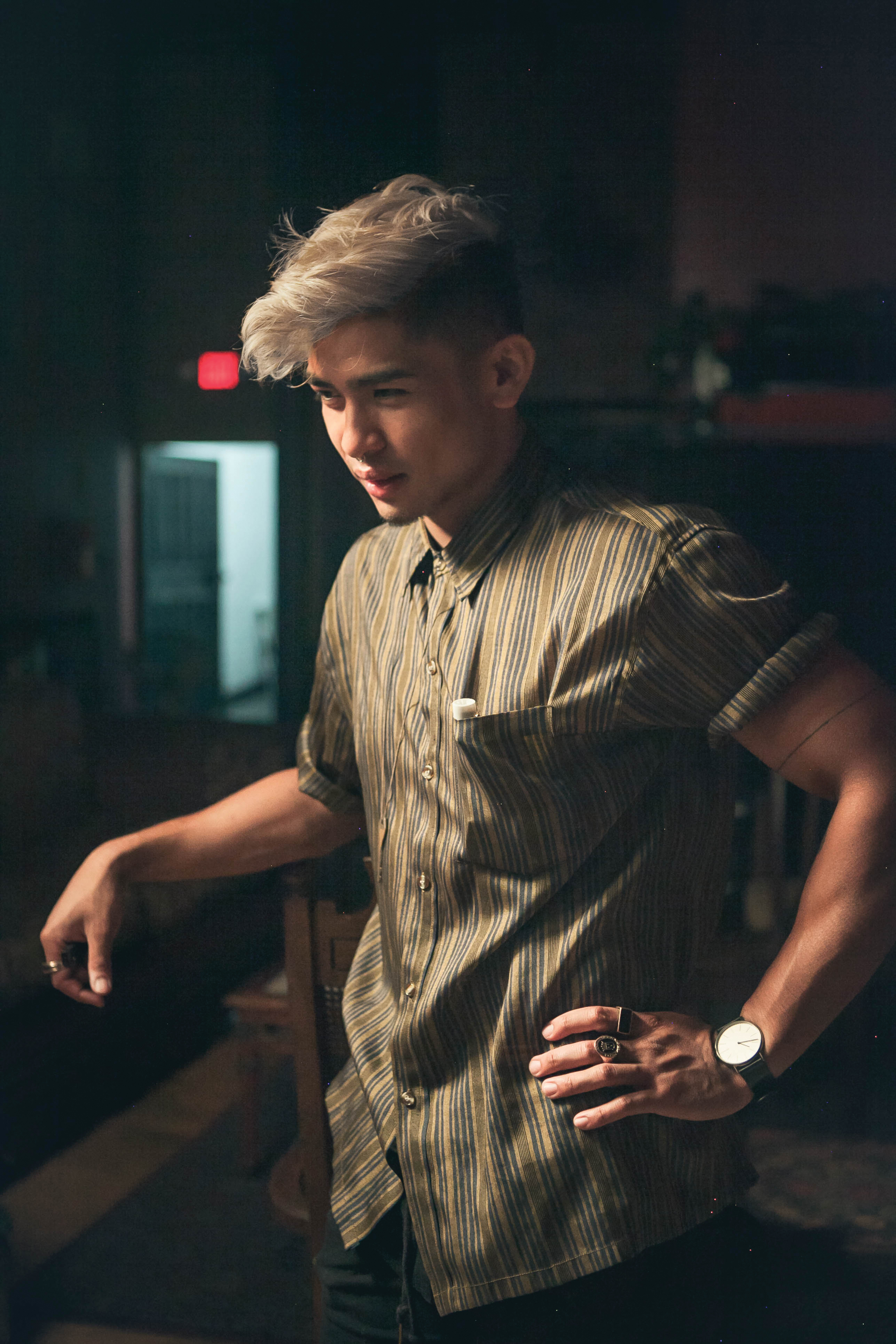 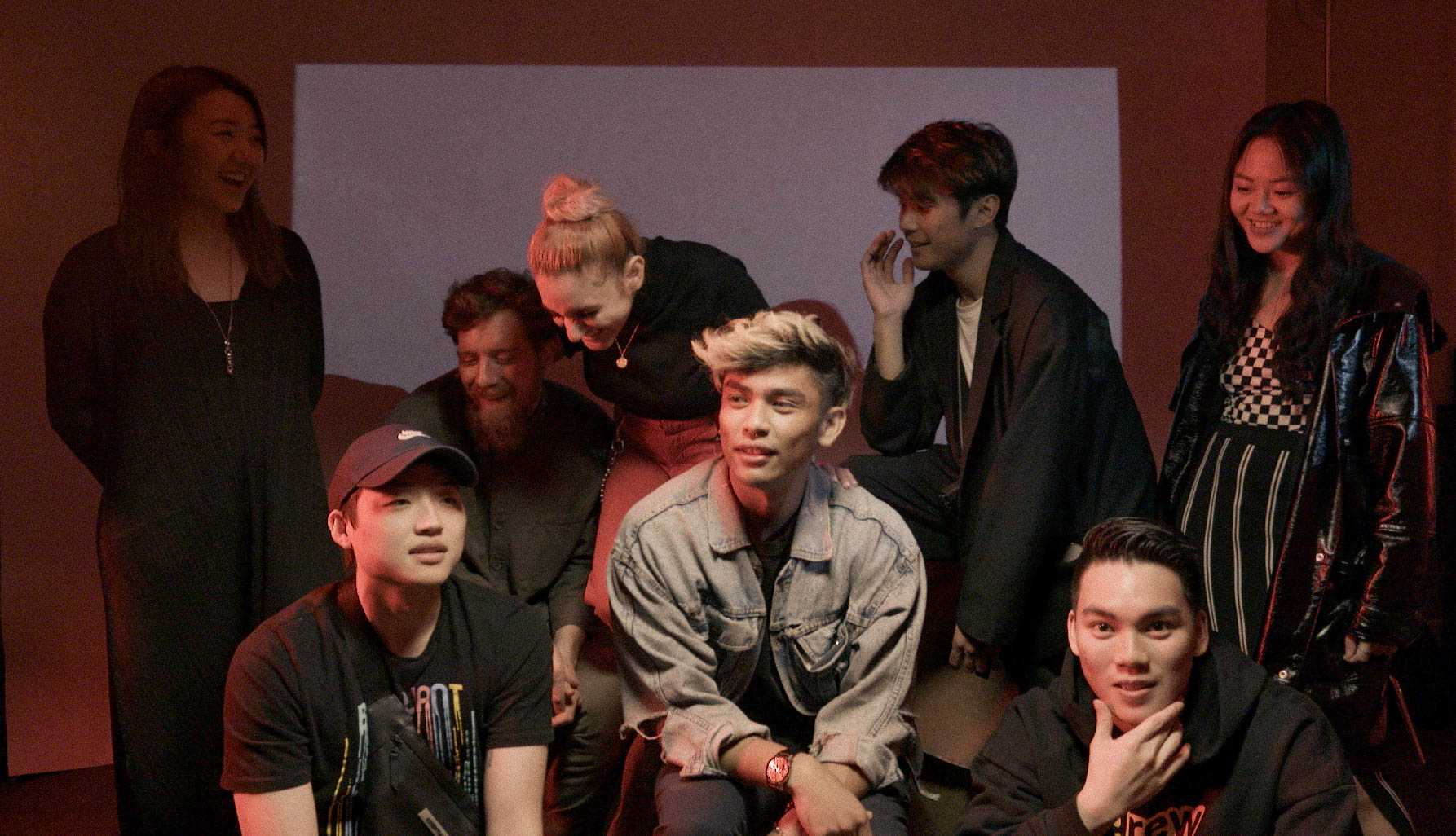 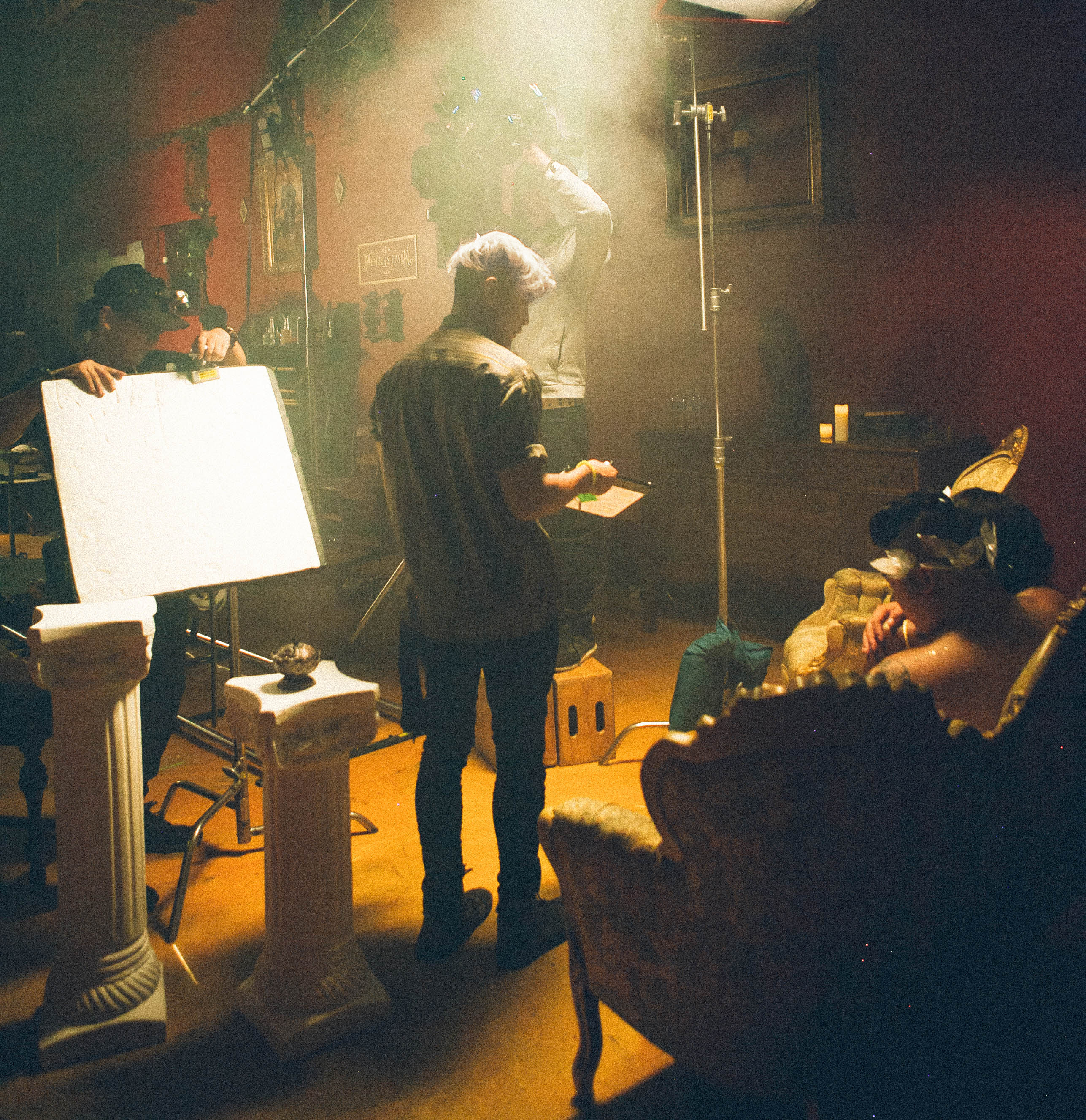 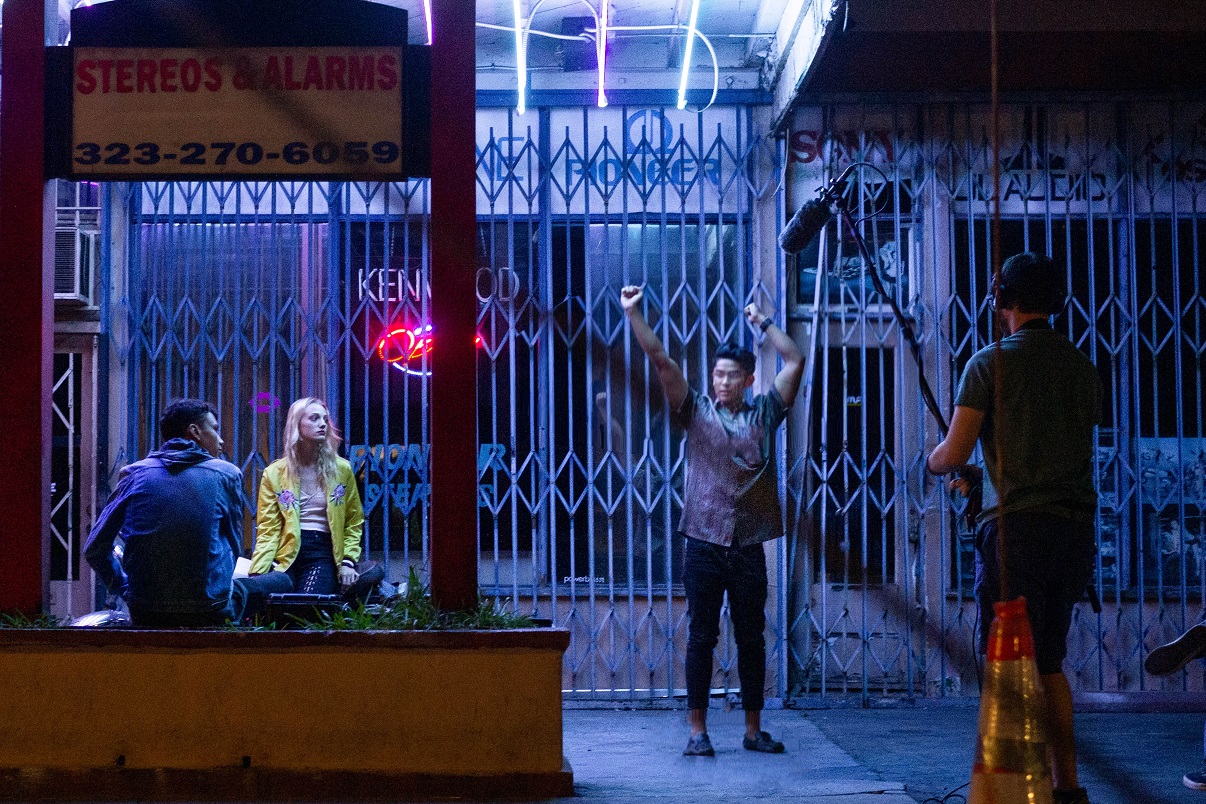 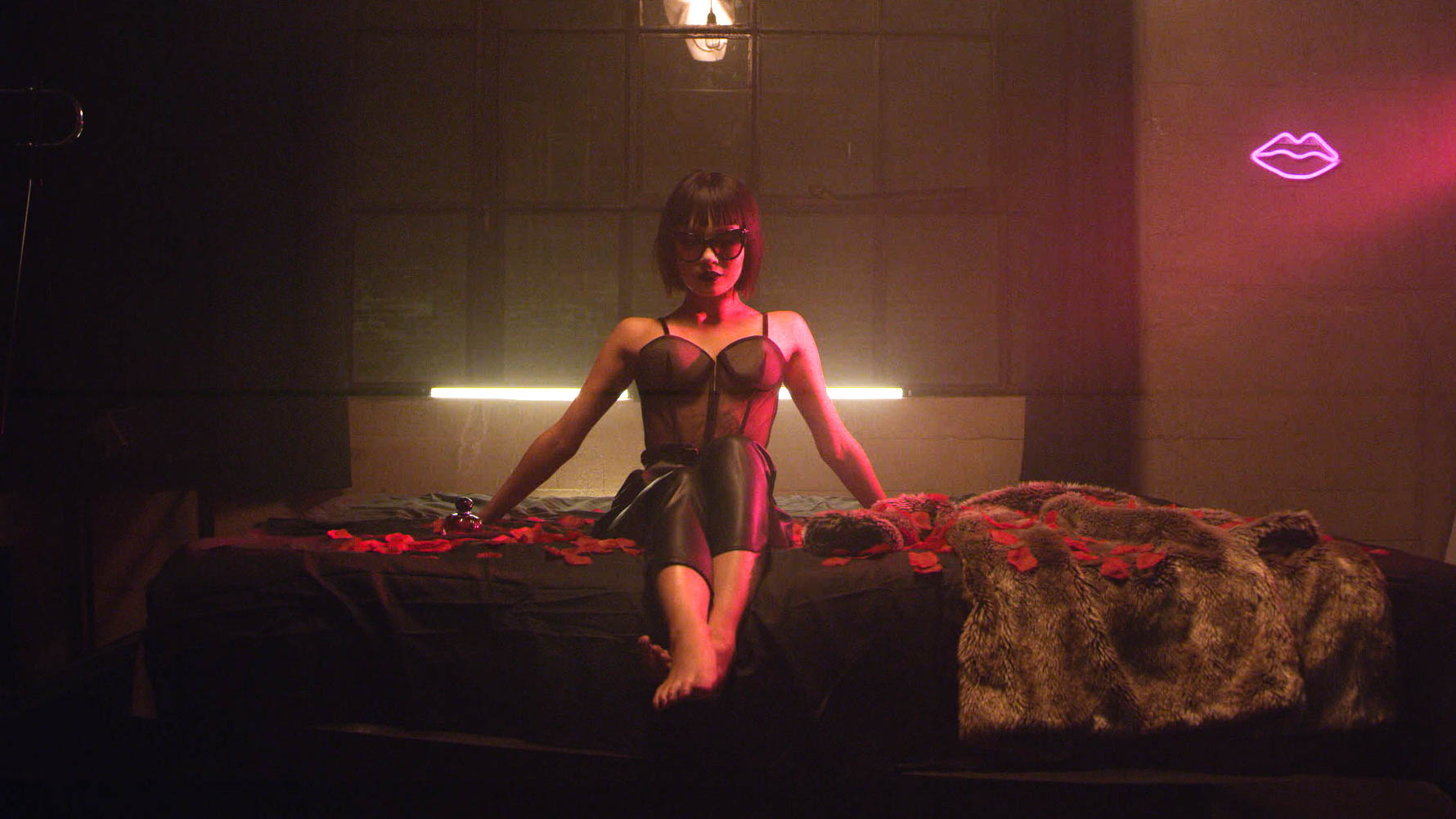 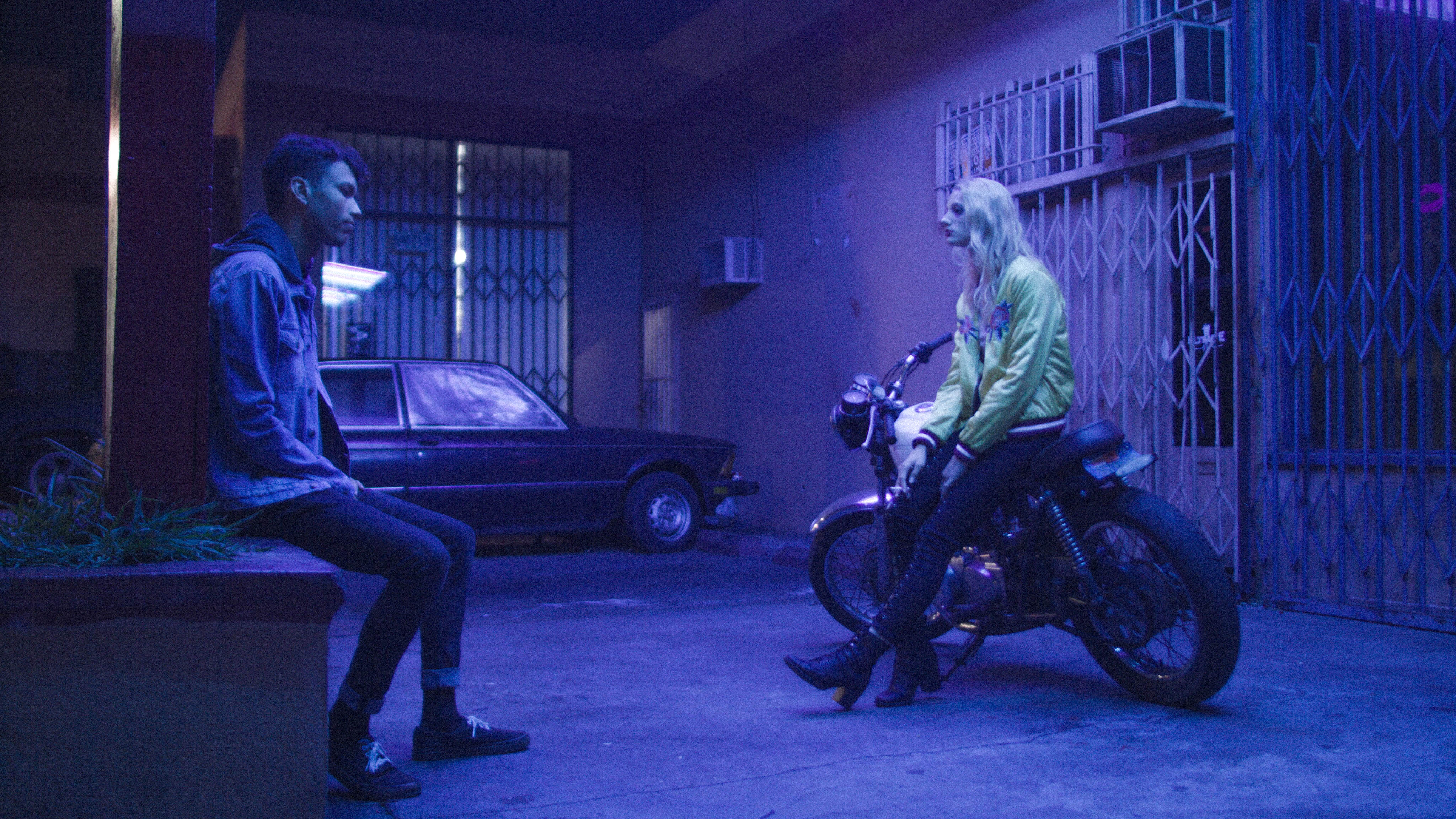