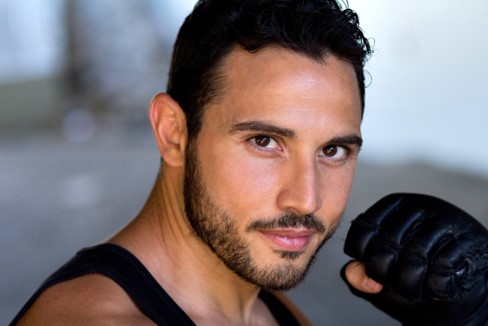 Today we’d like to introduce you to Daniel Locicero.

Daniel, can you briefly walk us through your story – how you started and how you got to where you are today.
I’m a French action actor, stuntman, fight choreographer and action coordinator. I started doing stunts very early on in life, climbing up walls, jumping off roofs and fighting a lot. I gave my mom many scares and headaches. I channeled my energy by training in a myriad of martial arts ranging from judo, savate and western boxing to taekwondo, Muay Thai and Brazilian jiu-jitsu. I eventually expanded into MMA.

On a gamble, I moved to the United States in 2001. On September 11, 2001, to be precise. Due to the devastating events, I had to return to France before making my permanent move to Seattle, Washington. Shortly after my arrival, I visited one of my greatest idols’ grave, Bruce Lee.

Serendipity must have been scheming because I met a great man who would soon become my master and mentor, Sigung Taky Kimura. He’d been Bruce Lee’s best friend and partner up until his death. Taky invited me to a Jeet Kune Do class. I went on to being groomed by him in this fighting technique and philosophy for nearly 14 years.

Through Taky, I met Mike Hilow, a stuntman and stunt coordinator who put me on my very first stunt job. I started doing commercial stunt work and in 2014, was hired to choreograph the longest fight scene ever shot without a cut (6’06) for the movie Beta Test starring actor Manu Bennett.

Has it been a smooth road?
As you can imagine, moving to Los Angeles, starting up again and not technically knowing anyone here and in the Industry has come with its own struggles. I’ve had to be relentless with my networking, attending many events and introducing myself.

The stunt industry is a hard one to break into. Stunt coordinators, who are in charge of hiring for the stunt ensemble, often already have their own team. Relationships of familiarity and trust have already been formed. This has been the biggest challenge so far. I have been blessed meeting some very supportive people and great friends, but also constantly have to continue building new relationships.

The rhythm of this industry can also be a bit tricky. You may work for weeks on a movie, then have a bout of inactivity. The trick is to keep on socializing, training, collaborating and creating content. I am constantly reaching for new skills, deepening my current skill set, exploring new techniques, filming action shorts…

We’d love to hear more about what you do.
I am my own business, and it is two-fold. On the one side, I am an action actor, stuntman, fight choreographer and action coordinator for films, TV series, web series, and commercial projects.

My specialties include high falls, stair falls, wire work, mountaineering, horse riding… but my ultra specialties are stage combat and weapons. The work as a stuntman and action actor is pretty misunderstood. You may double someone of course, but more often than not, you will be your own character. There are risk and acting involved. We’re not just bodies, I’ve been stunt coordinating and fight choreographing. I love it.

It allows me to lead a team through a vision, to guide the camera movement and angles, and to tell a story with great action scenes. Stunt coordinating goes beyond attaching a few wires, it can border on direction. I sometimes even film and edit myself on smaller scale projects to control the rhythm of the action all the way through! In addition, I train actors and performers in the art of delivering stunts and action scenes on screen.

In the cut-throat universe that is Hollywood, versatility is key. Being physically apt and understanding how to render action on camera will give them additional tools and a formidable advantage in getting cast. This part of my business has been super rewarding. I get to teach my art and to help others achieve their dreams. Who hasn’t dreamed of being in a very badass action sequence in a movie?!

I kicked off this business very seriously last year. I’ve trained actors, singers/dancers (including Jennifer Lopez’ dancers in the weapon sequence of her music video El Anillo), athletes and influencers. Some of them have already been cast in action roles!

Let’s touch on your thoughts about our city – what do you like the most and the least?
I’m from the south of France, so for me, the weather is important. It enables me to train without having to consider the weather too much, to film outside… Also, we are so close to the beach, the mountains, the desert… it presents such a variety of landscapes and experiences, it is incredible!

From a creative perspective, Los Angeles is the place to be right now. So many talents are flocking to the city every day wanting to achieve their dreams and self-actualize. It makes it a competitive place, but also a place bursting with ideas and opportunities for collaboration.

There are always two sides to a coin. I don’t enjoy the traffic so much. Also, being in Hollywood, it’s important to develop the radar to discern between people who are good collaborators and people whom you should not get involved with.

Ambitions (and egos) can sometimes make for challenging experiences. And because it takes a village to build a career, it’s important to be surrounded with the right individuals. 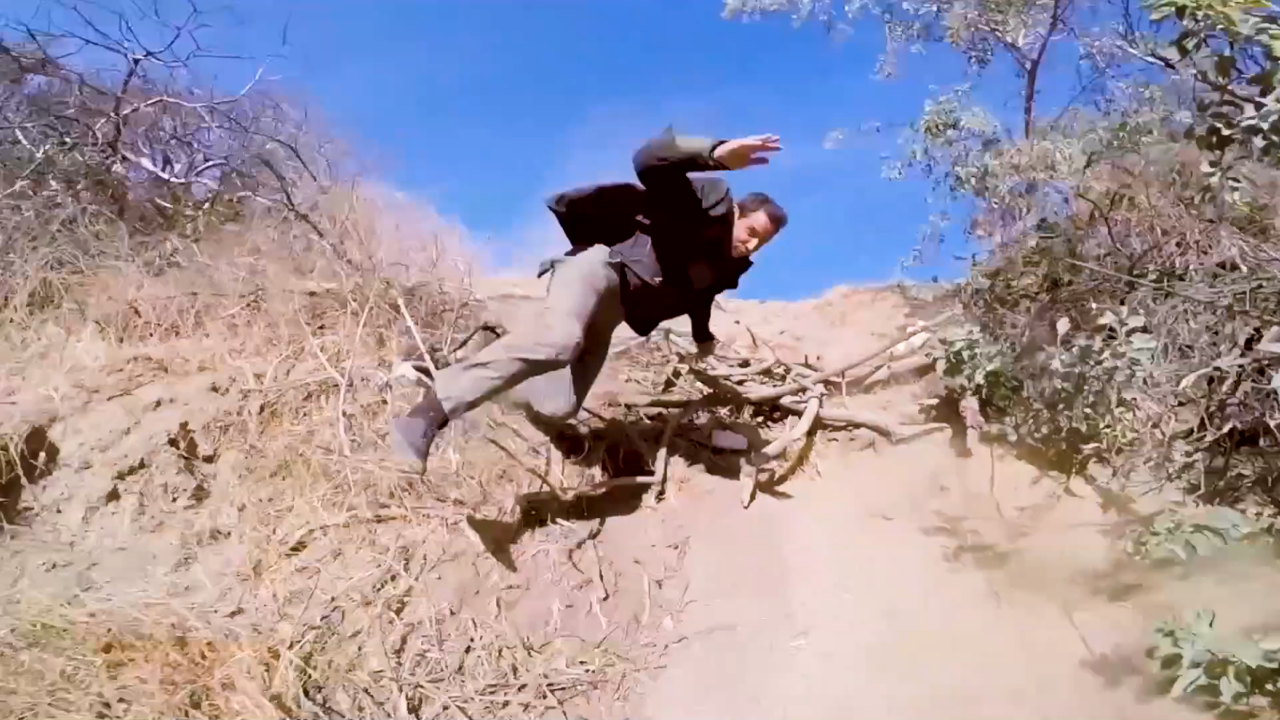 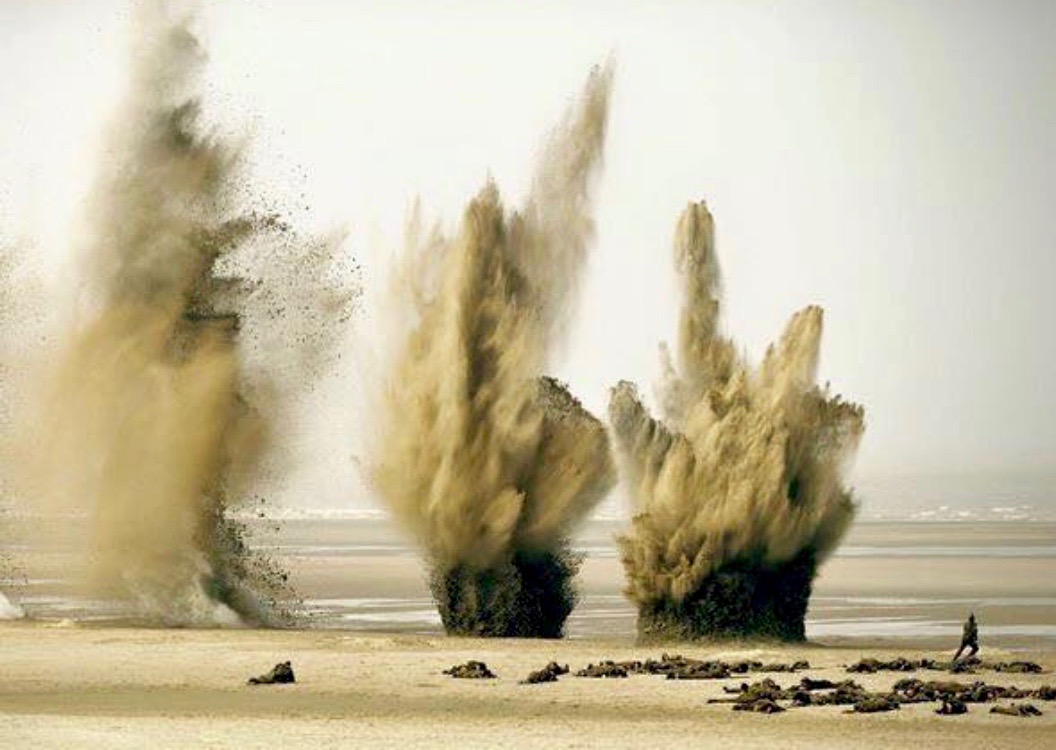 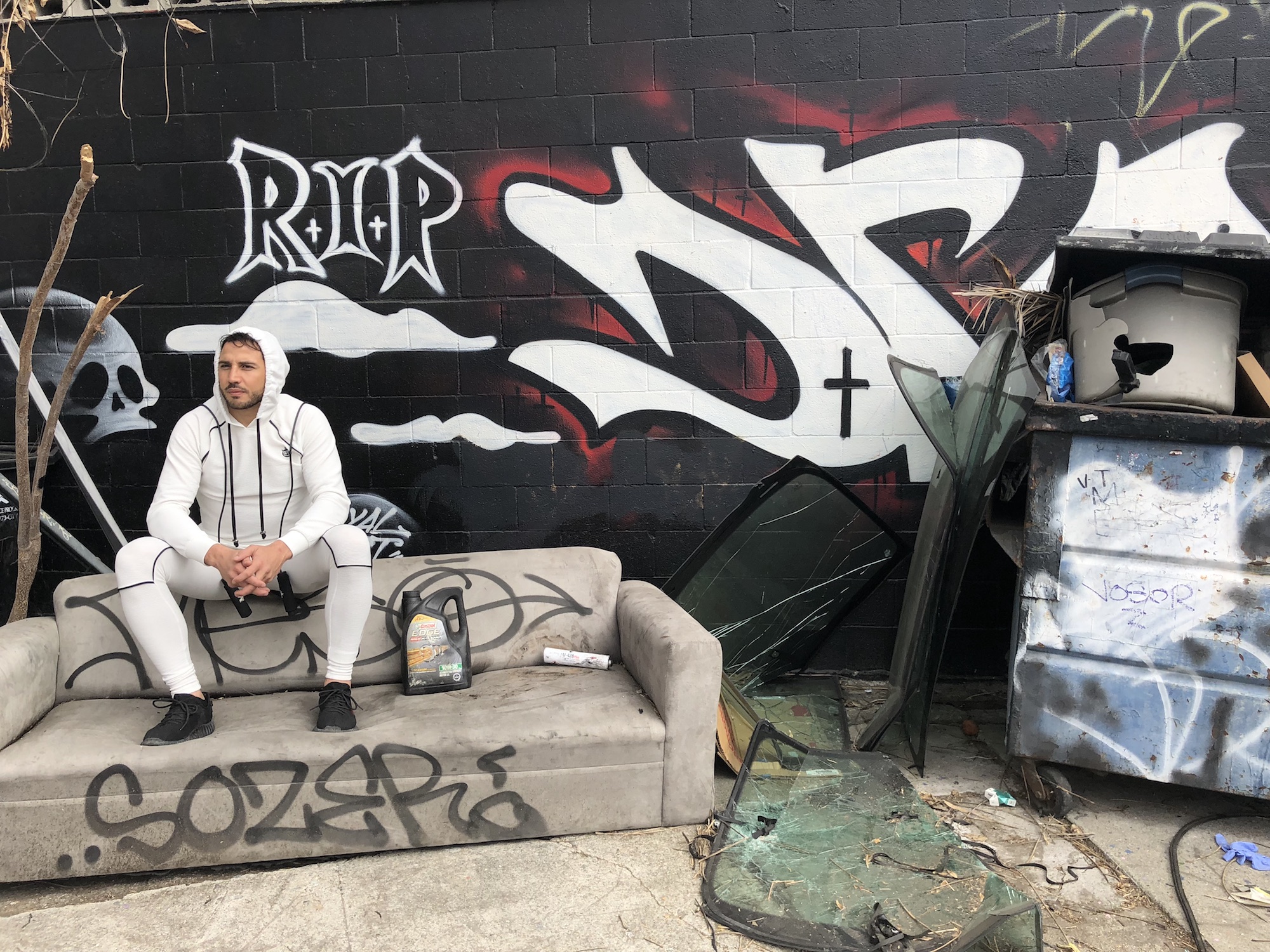 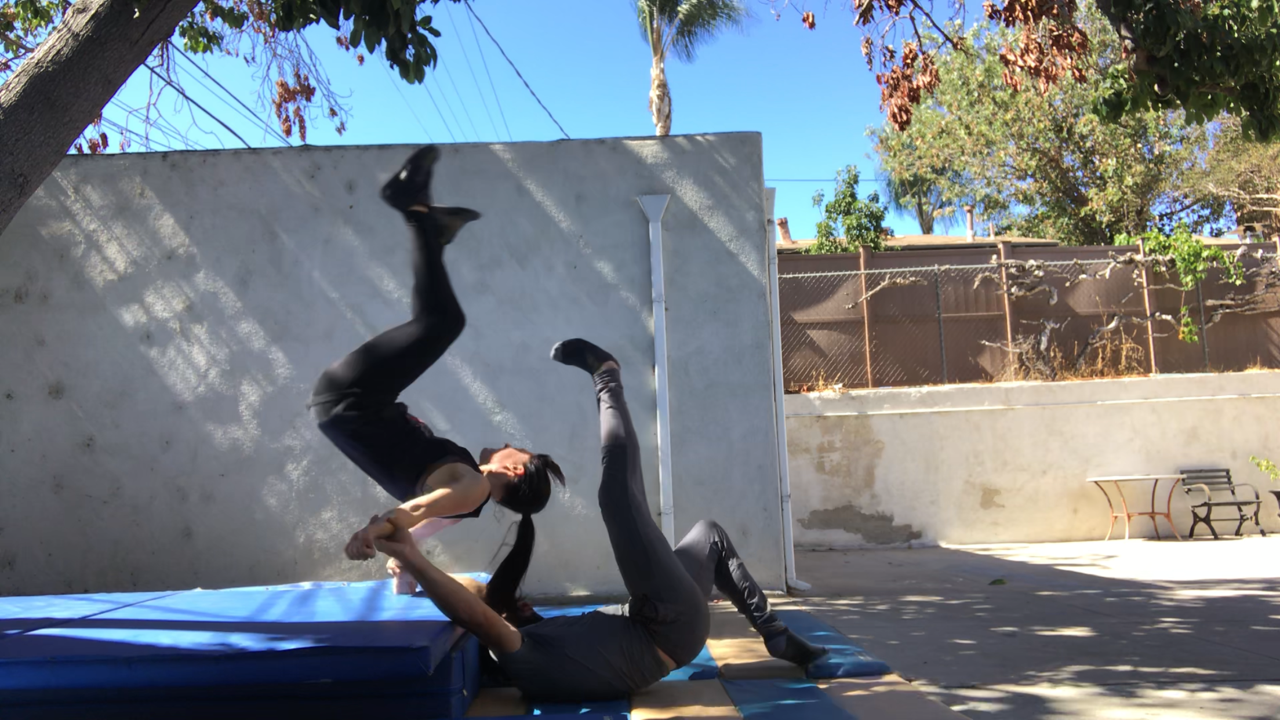 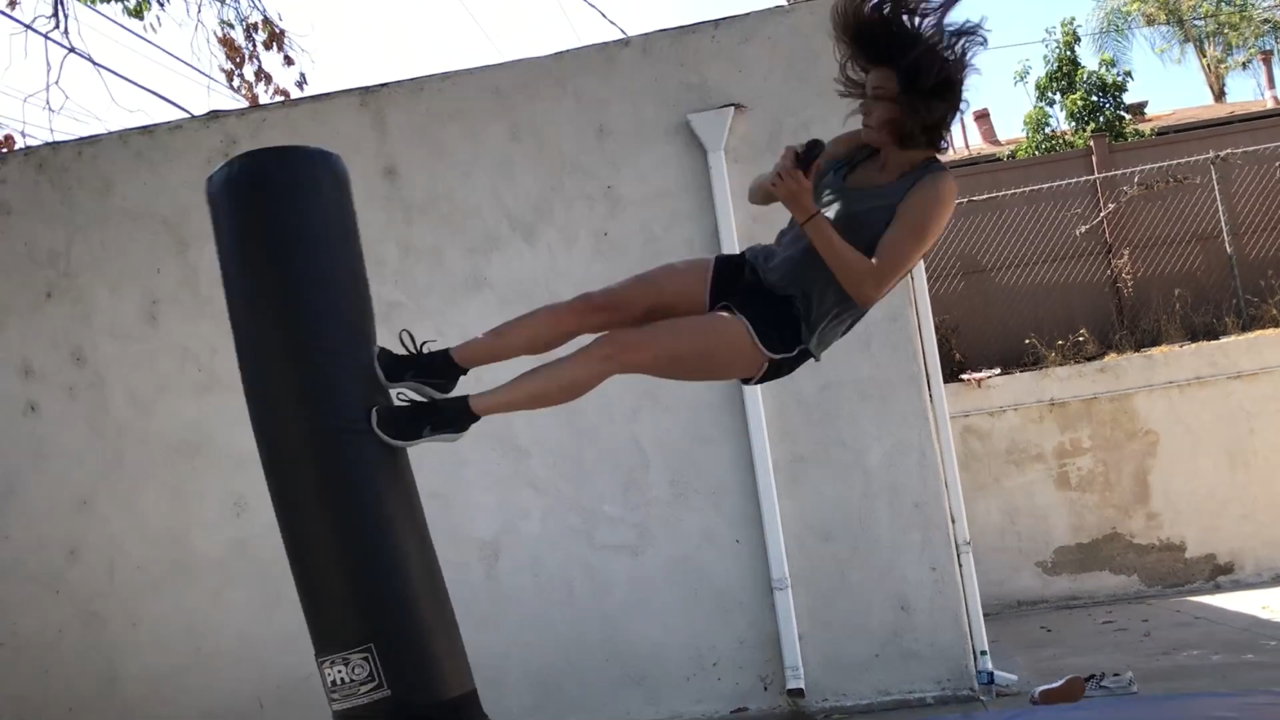 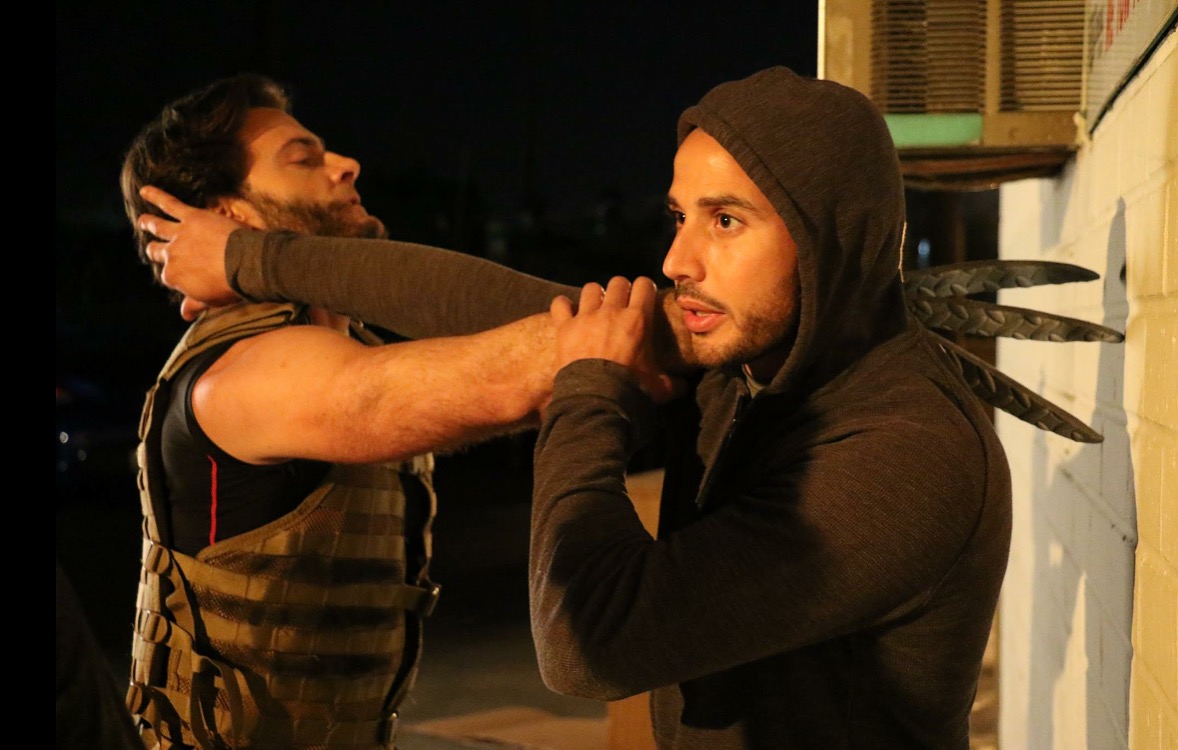 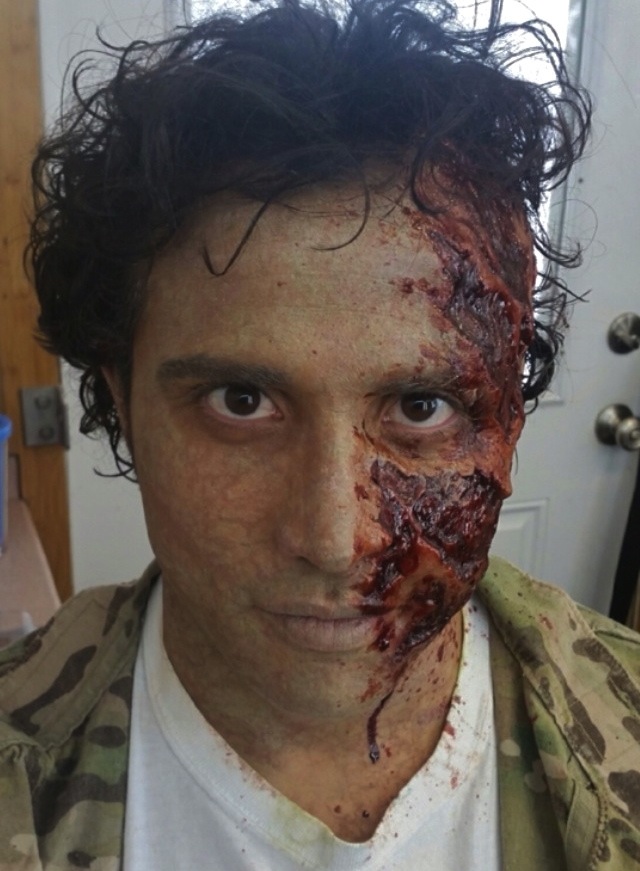