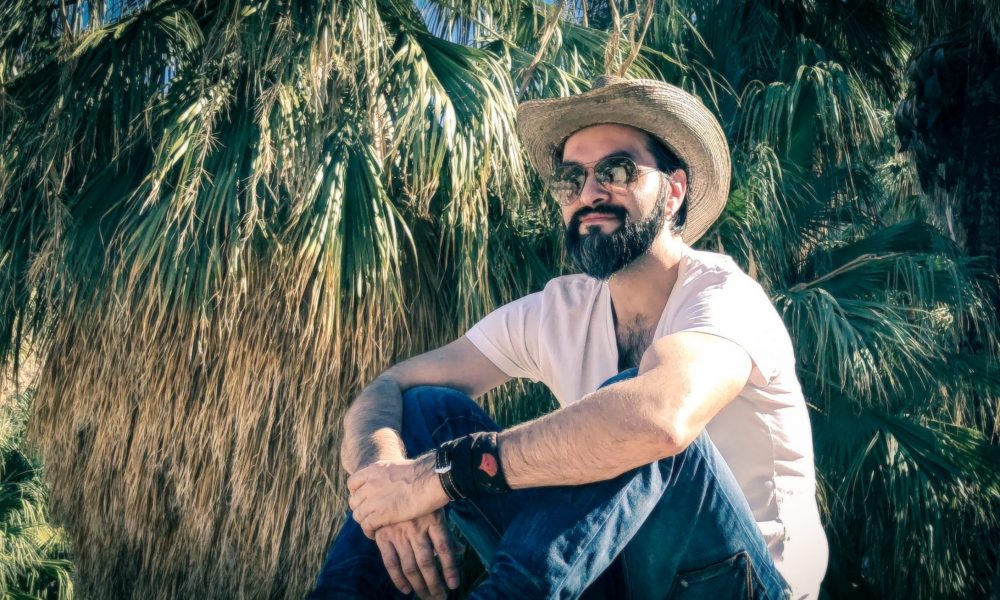 Today we’d like to introduce you to Daniel Landerman.

Every artist has a unique story. Can you briefly walk us through yours?
My story? Artistically it started in Northern California when I was first able to pick up a pencil. Professionally it started largely in Southern California, 2003, when I began attending Art Center and landed my first storyboarding gig. If you blend the two, then there are certainly all kinds of twists and turns and shadowy estuaries where I went off on different adventures exploring oil paints and watercolor and clay and acrylics and drawing all the while. I’ve always wanted to do art. Drawing and painting and storytelling. First, it was comics and animation, then book covers, then back around when I went up to DigiPen Institute of Design in Washington to study 3D animation. I discovered what Character Design was and fell in love with it. That’s where Art Center came into the mix. After a time I learned that I really just wanted to do anything that allowed me to draw on paper and paint with a brush.

I think I’ve managed to dabble professionally in most of my goals along the way and still bounce around between mediums and presentation outlets. I did some work on Power Rangers, I’ve illustrated for Dungeons & Dragons and for League of Legends. I currently help design print campaigns for film and TV. Movie posters and such. If there’s a big movie or TV title out there, we’re probably working on the posters in some way. I get to sketch ideas on paper for the most part and that keeps me pretty happy.

When we get down to it, I’ve always pushed myself to draw the best that I can and that’s usually allowed me to be in the right place at the right time. Inspiration comes to the prepared mind, after all. I think regardless of where life or work has taken me, I always made sure to keep my skills sharp so I would be ready for whatever came my way. That has been my M.O. on the road so far.

Please tell us about your art.
There’s definitely a big difference between what I do for work and what I draw on my own time. For work, I draw whatever needs to be drawn: Men, women, old, young; walking, running, fighting, standing around looking cool. Most people never see any of that stuff unless I have permission to share it. So 90% of what I draw never gets to see the light of day. Such is the commercial world of art! So let’s talk about the stuff that people DO see. It’s no secret that I draw mostly women in my spare time. Frank Frazetta and Alphonse Mucha were my two biggest influences from my teenage years on up.

Mucha’s linework and design is still some of the best to have ever been. And Frazetta’s drawing skills were high up there too. They both illustrated women. A lot. And it was Frazetta’s depictions of strong women, warriors, that always pulled me in. They’ve always fascinated me and I’ve never fought that fascination. I find a story can become impressively more compelling when you take the meathead out of the equation. I’ve always been in love with pre-Christian cultures too. Not quite so ancient as to be tribal, but not burdened by technology either. Thus I draw a lot of… rather unclad… warriors.

I do love fashion, mind you, and I love designing interesting clothes, but I don’t always have the time. And I’m not so prudish as to throw a random shirt and pants on a drawing just for the sake of covering them up.

At this point it has become a bit of a go-to, certainly, but who can argue with the shapes of the human form? They’re lovely to draw. And amidst all that, there’s the storytelling. No matter what I’m drawing, which is sometimes silly and sometimes serious, I always need a little bit of story in there somewhere. I suppose that’s what I want people to take away from most of what I do. I want my paintings and drawings and doodles to feel like something happened before and something will happen after. And beauty. Not in a superficial sense. At least that’s not how I see it. I suppose it’s my childhood love of ancient Greek and Roman art showing. They were interested in the potential of humans. They sculpted and painted ideal heroes for people to aspire toward. I don’t aim for that lofty a goal, but I do strive for a bit of that idealism. I think it’s important to depict that kind of beauty in an art world that has been mostly interested in the darker human conditions since the 1970’s. It’s important to show all sides, but I’ll leave the heavy stuff to others. I want to show fantastical stories.

Given everything that is going on in the world today, do you think the role of artists has changed? How do local, national or international events and issues affect your art?
I don’t get into politics with my art. I don’t really tackle current events. There are others that do those things and do them really damn well. Though if I did, wildlife conservation would be my subject of choice.

I really tend to stick to what I enjoy drawing because drawing is my escape from the craziness going on in the world. In that regard I think art is just as important as it’s always been. It’s important for those social artists to do their thing and it’s important for others like me to draw escapes for folks. We really do need it all. “Funny pictures are man’s highest achievement.” I wish I could remember who said that. A cartoonist for the New Yorker I think. And it’s kind of true. For an image to make someone laugh or smile, if only for a moment, amidst the heaviness of today’s politics is pretty powerful. I don’t aim for funny pictures, but I do go for whimsy and fantasy and imagination. That’s what I want to inspire in people and I think it’s an important role, though I don’t dwell on the responsibility too much. I might freeze up otherwise. I just want to draw and paint fun stuff and hopefully provide some relief from the insanity for those that see it.

How or where can people see your work? How can people support your work?
The best place to see my work is on Instagram and Facebook: @daniel_landerman and www.facebook.com/DanielLandermanArt.

All over I guess. I am going to be launching a KickStarter campaign in a few months to publish a big book of my sketches. In terms of support, the views and follows help. And there’s always the donation option on Twitch.tv. I work full-time, so I don’t focus too much on selling things right now. However, some prints are also in the works, so stay tuned.

I mostly just love sharing my work with people. I’ve been posting online since 1997, so it’s been a while. I like sharing what I know and what I’ve learned and what I’m still learning. And people’s enjoyment of that always keeps me wanting to draw more. 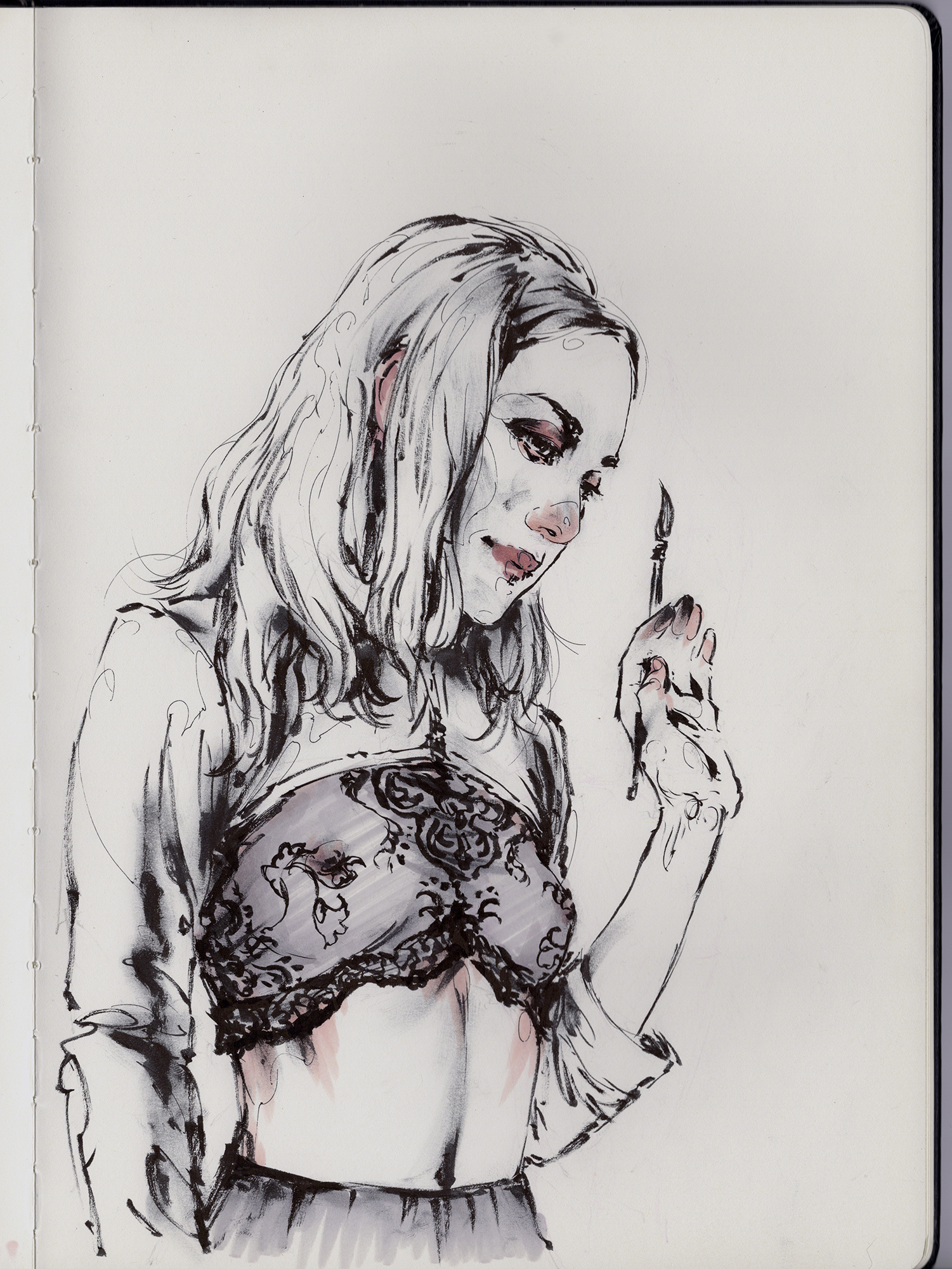 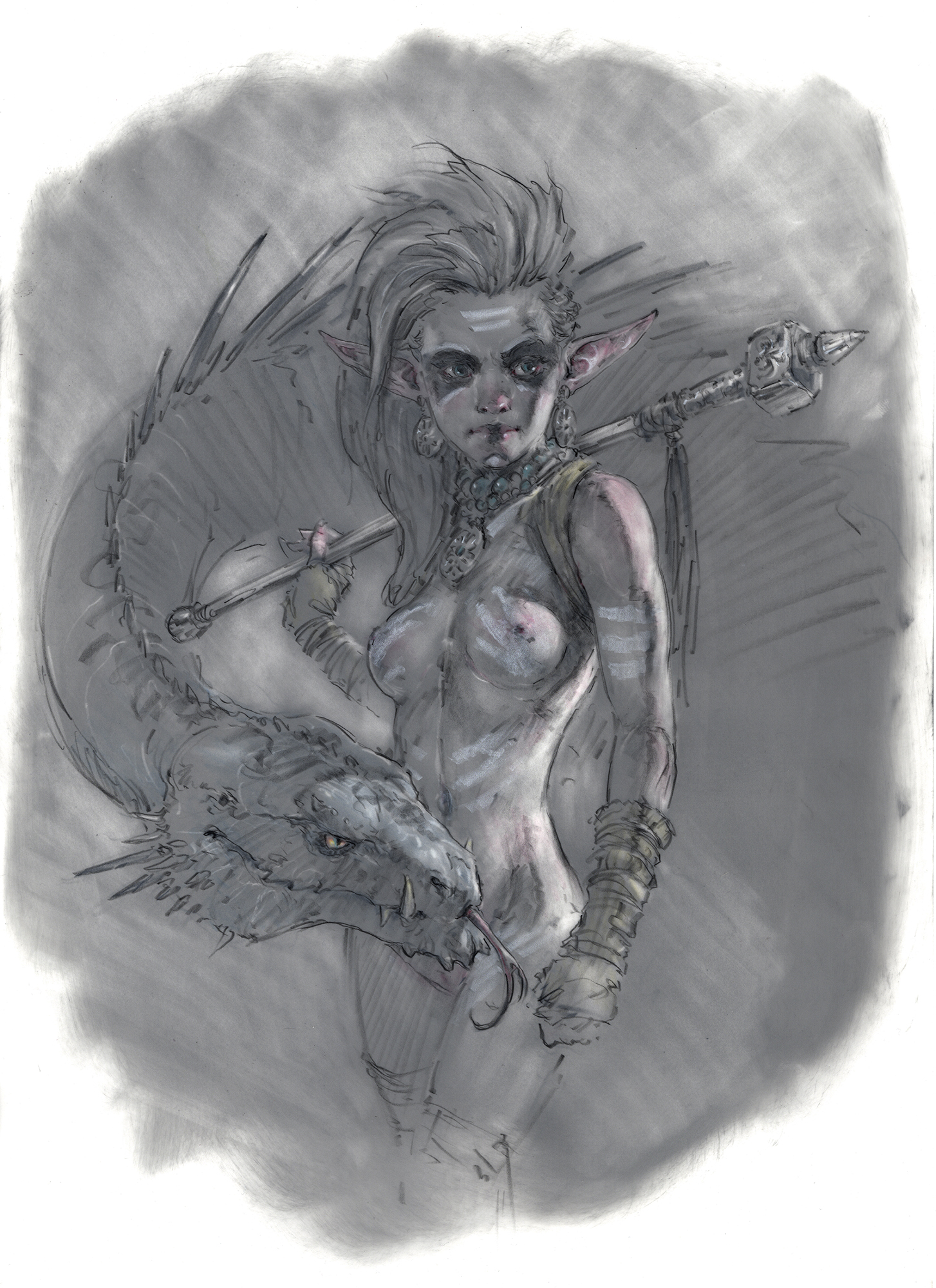 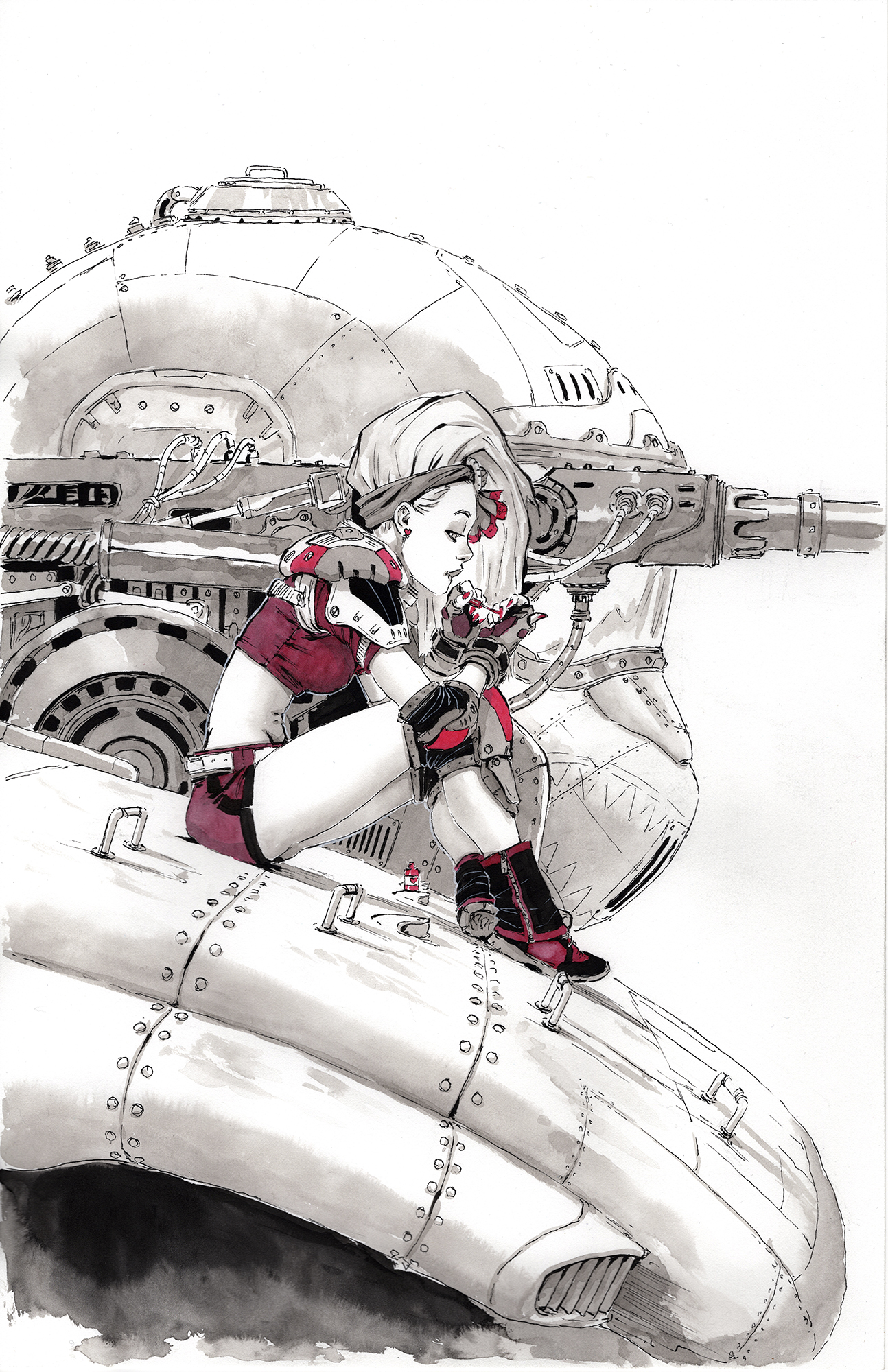 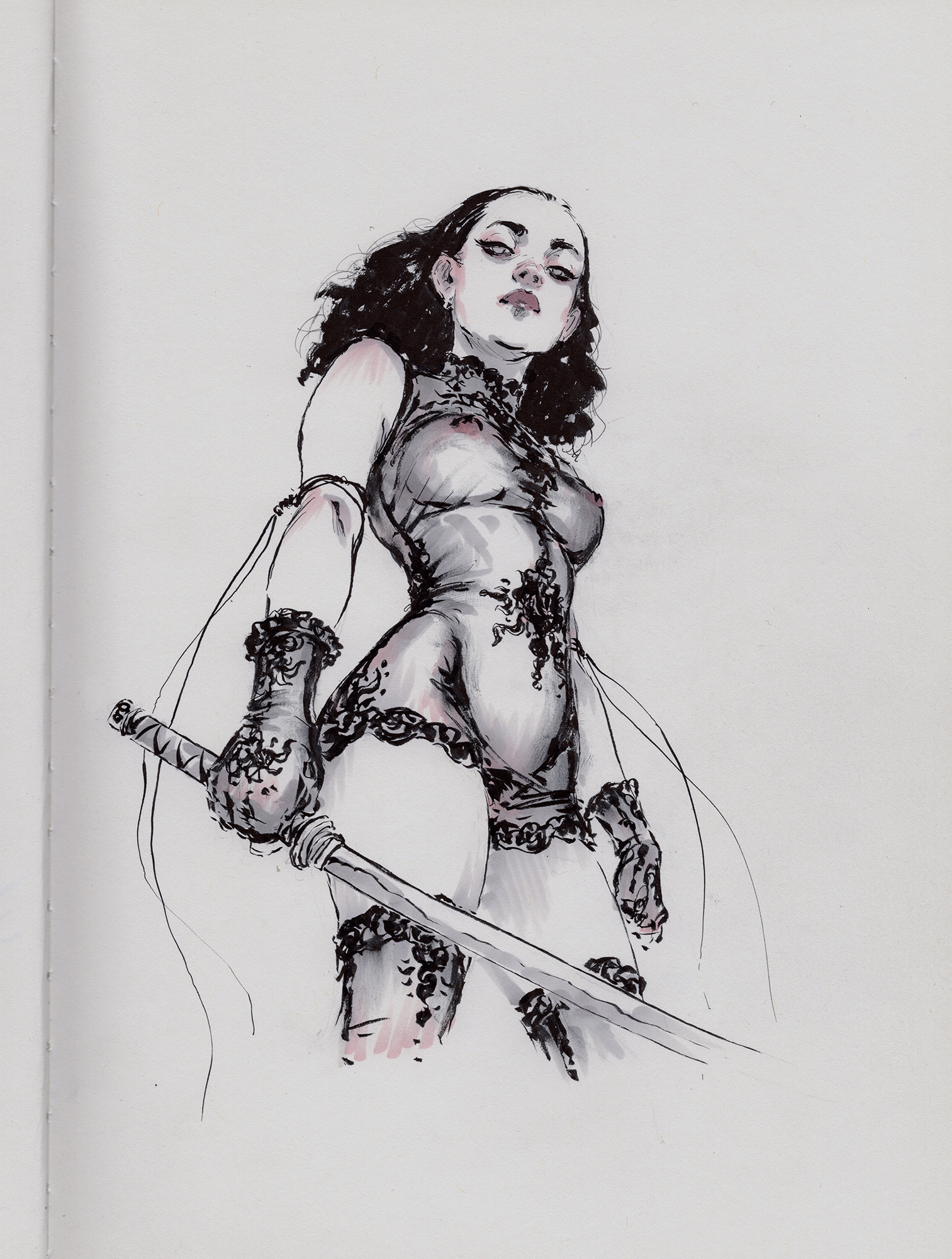 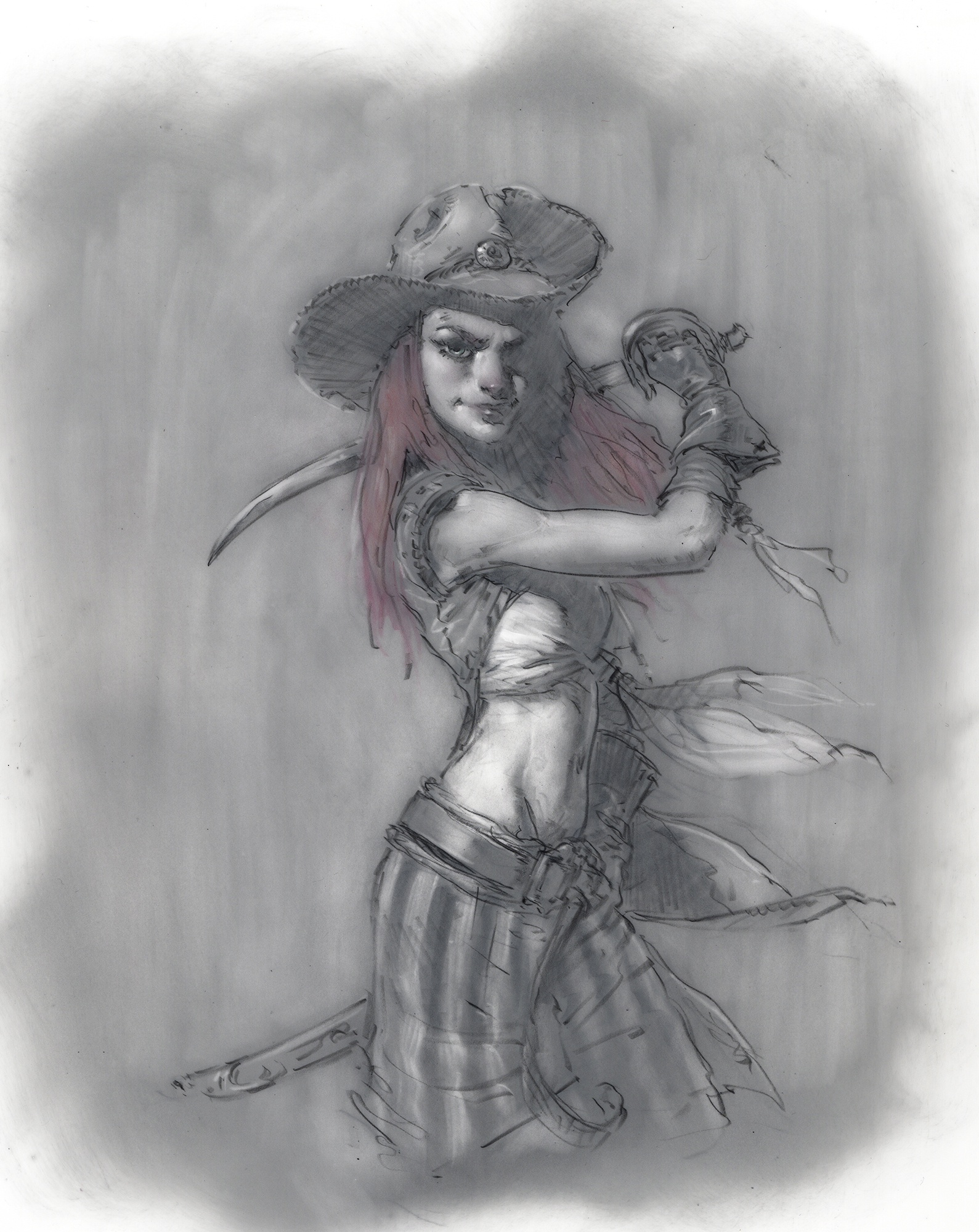 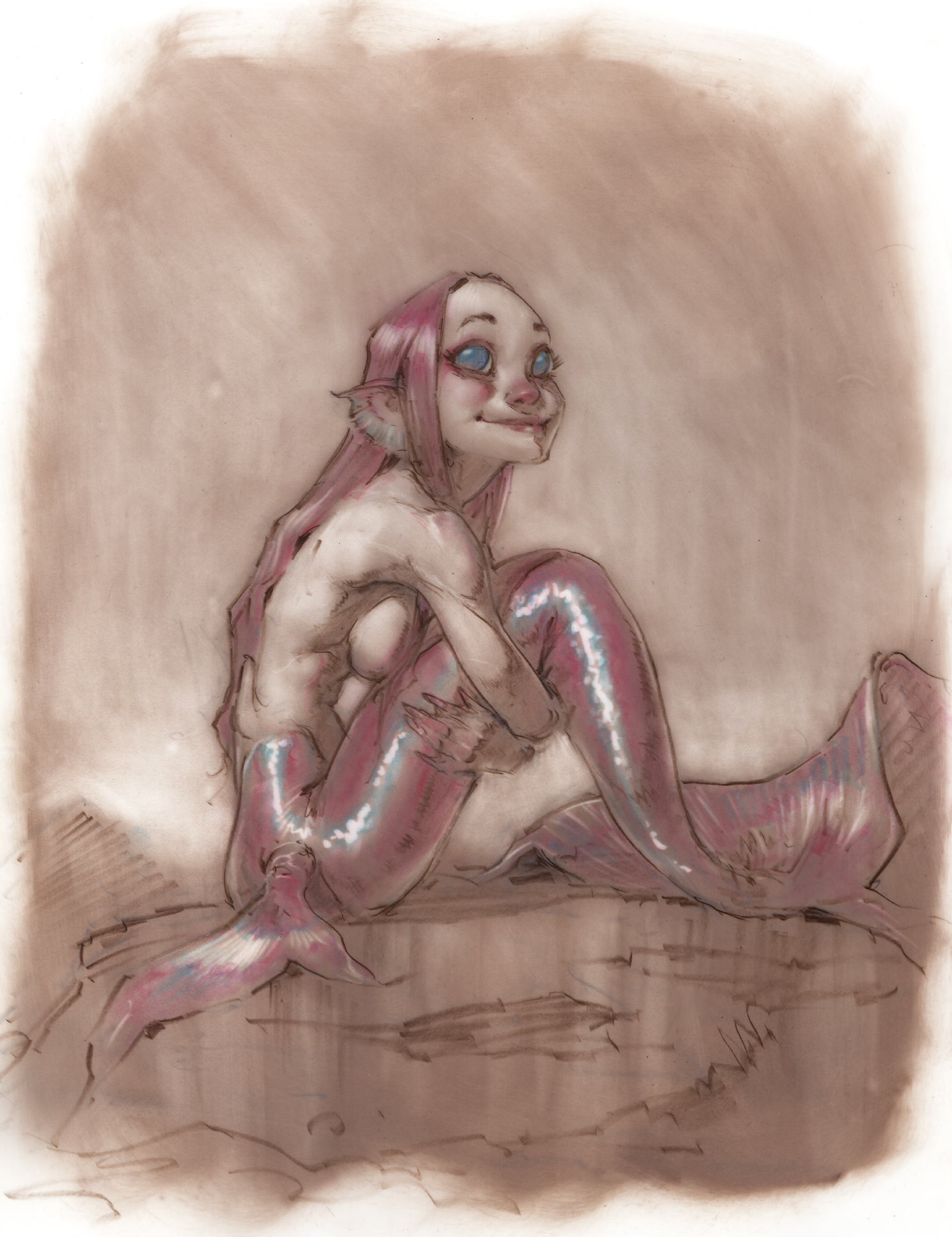 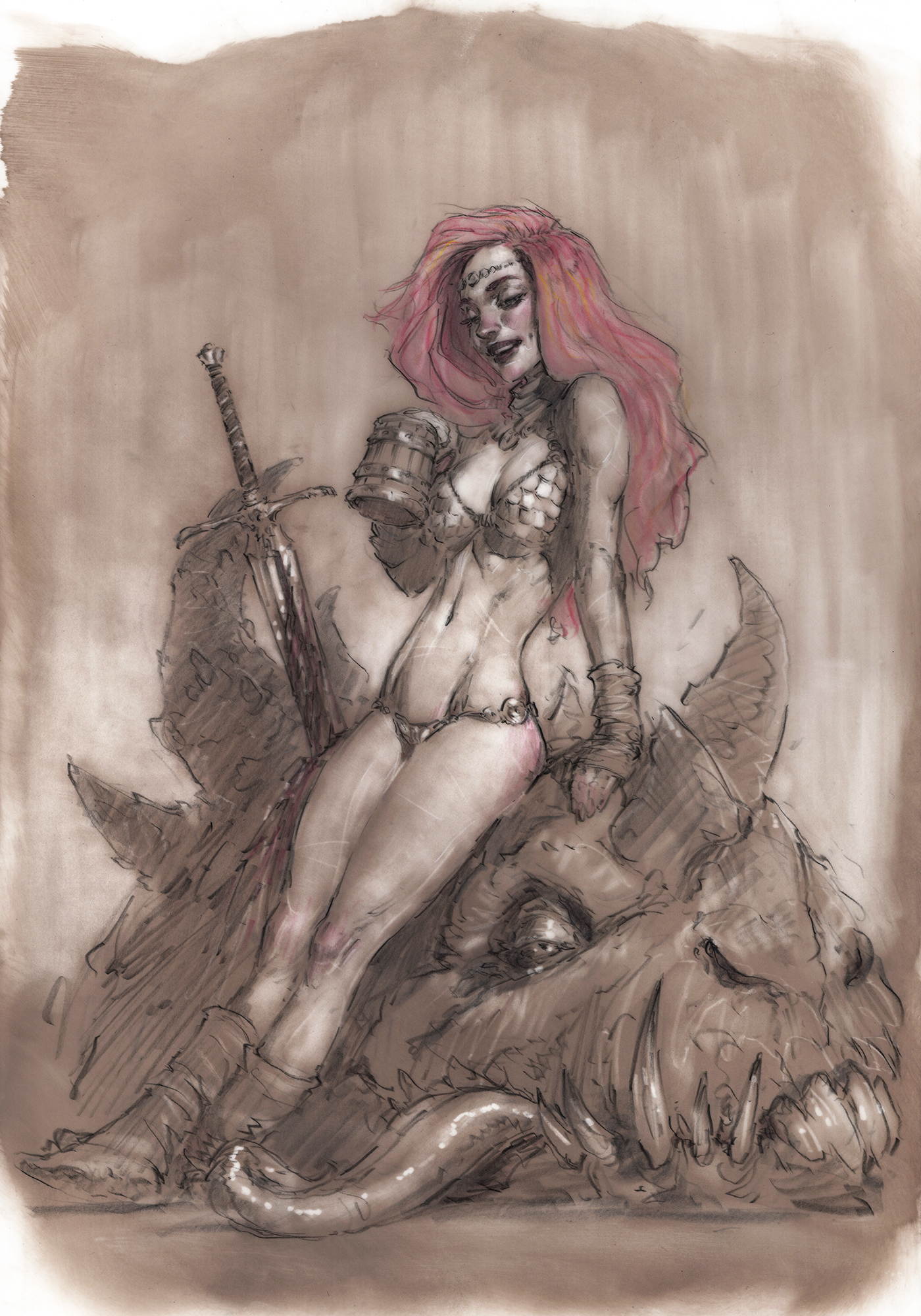