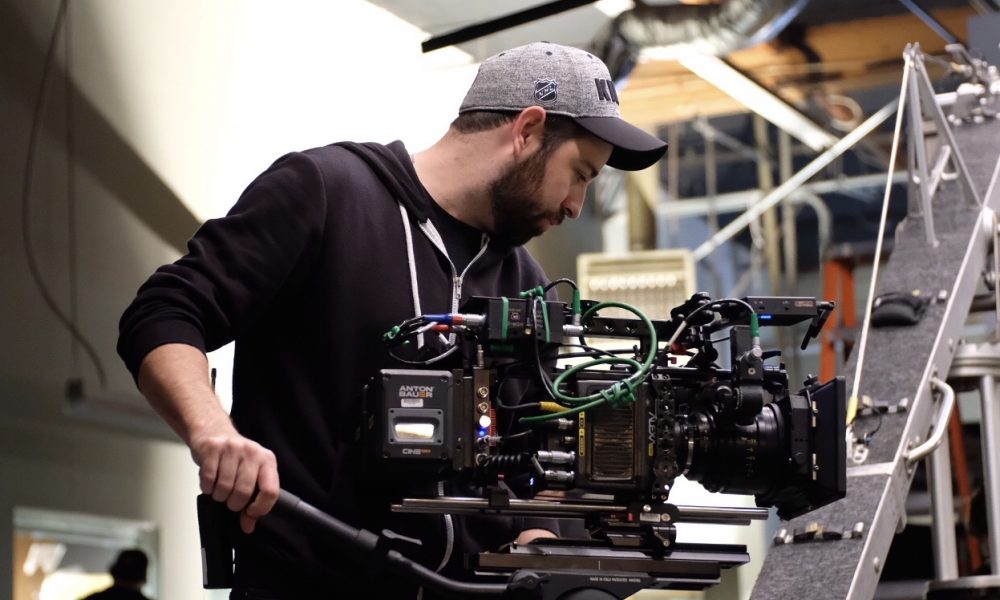 Today we’d like to introduce you to Daniel Gomez Bagby.

Every artist has a unique story. Can you briefly walk us through yours?
I was born in El Paso Tx and raised in Cd Juarez, Mexico. Though I grew up in the city, we spent a lot of time at the family cattle ranch in the mid region of Chihuahua. Since I was a child I always had an interest in the arts, music and loved watching movies. Practiced piano for a few years then switched over to Drums, which I still play to this day. I remember the first Behind the Scenes videos on DVD’s I watched and how blown away I was by the process of making a film and thinking “That’s the coolest job in the world”. So when it was time to “pick a career” I dreamed of going to film school. After not getting into the big college and the film program at the local college was practically non-existent, I settled for a Communications Major. Which I very much disliked and didn’t do well. I switch to a music degree with a concentration in drums and percussion. I remember thinking that my dream of ever becoming a filmmaker had died. I was playing in a band at the time and we were taking it pretty seriously. I later ended up dropping out of school and moved to Austin Texas to be closer to the band and gig as often as possible. After about a year of gigging, touring and trying to “make it big” the band broke up. We played a few shows in LA during that year, and I fell in love with the city. I had a strong “gut feeling” that LA is where I needed to be. So I moved August 27, 2009. I’ll never forget that day because it genuinely felt like I had pressed some sort of “Reset Button” in my life. My cousin Regina lives in LA and was working as a production assistant in a Tv show at the time. She opened her doors and let me crash on her couch. She introduced me to some of her friends and basically showed me the door and helped me take my first steps into the world of production. On my first day ever on a set I met with cinematographer Rob Webb and my life changed right there and then. He took me under his wing and started showing me the “In’s and out’s” of filmmaking. He started teaching me about lighting and hired me on my first paid jobs in the industry as a grip or electric as I juggled a full time retail job and rehearsals with a couple bands that I started playing once I settled in LA. After working on a handful of short films, web series, music videos, etc my buddy Rafa and I wrote a short film and decided to give this whole “filmmaker” business a shot. I managed to convince a small group of friends I had met on previous jobs to come out on a Saturday and help me shoot the film. The fact that these people work in the film business and took time out of their lives to come work on my film blew me away and inspired me. We’ve been really close friends ever since and continue to work and grow together. After we finished that film my career started to shift more into filmmaking and less music. Even though I was keeping pretty busy on the music side by playing in 2 bands and one of them being a hired drummer for a teen pop band that had a song in the top 20 Disney radio. But as time went by, I just started getting more and more jobs as a productions assistant in TV shows and commercials. I was also doing Grip and Electric work for Rob on all kinds of jobs from corporate interviews, fashion, shorts, features films and I loved every second of it. My focus has always been Directing in terms of what I wanted to do in the industry, and I wanted to understand as much as I could so I tried my best to be in as many sets as I possibly could. Didn’t matter if it was not paid, or the position. As long as I was on a set, within an earshot of the cinematographer and the Director I was happy. Every day on set is an opportunity to learn something new. Being on film sets regularly was the best film school I could ever dream of.

In 2013 started a partnership and a small production company and all of a sudden I was directing music videos. During that time I got together with a few writers and shot two more short films with the attempt of turning them into feature films. After a fallout with my partner, my directing took a back seat and was doing a lot more grip and electric work to stay afloat. After a few years of creative drought, Rafa and I did another short film and had the opportunity of having the world premiere at the Grauman’s Chinese Theater as part of the Dances with Film Festival. About a year after that my good friend Blake convinced me to give cinematography a shot. That was another “checkpoint” in my life where everything shifted. Since then, the film has gone all over the world and has been accepted in over 20 festivals and won several awards including a couple “Best Cinematography” awards. That was about two years ago that we shot the film, since then, I’ve been camera operating significantly more and doing cinematography for branded content, commercials, and web-series. I sometimes still get the gaffer/grip job, but I’m slowly moving away from it and more into Camera Operating, Cinematography and Directing. As of this day, I have a few jobs I shot in post-production and a few coming up down the line. Also, we’re in the development/writing process of a Feature film with screenwriting partner Christian Moldes about a Mexican American family who lives in a cattle ranch in Mexico and have to fend for themselves against Cattle Thieves and crooked cops.

Please tell us about your art.
My hope is that when you see my films and hear my music, for that minute or hour and a half. You forget everything else that is going on in your life, and you allow me to transport you into another universe. Even if it’s just for a little bit. My brother who is in the military told me “Thank You for what you do” after coming back from deployment. I was a little shocked because I was the one that should be doing the thanking alongside everyone else. But he said “No, you have no idea what a song or movie means to us when we are in our tents alone away from family” That hit me like a ton of bricks. For the first time in my life, I felt like what I was doing, was important. That people like me, who make films, art, paint, music are important. And us as artists, helping other people get through their daily life’s and making it just a little bit better is really what’s its all about. That feeling you get when you see a movie, or listen to a song, and you get shivers down your spine. If it makes you remember someone or a special moment in time, it’s very powerful and important to everyone’s livelihood. Though the road has not been easy, I wouldn’t take it any other way. I love what I do; I hope to inspire passion, persistence, and ambition. I hope people get a quick laugh, shed a tear, and care for what my characters are going through, and hopefully, they relate to them in one-way shape or form.

As an artist, how do you define success and what quality or characteristic do you feel is essential to success as an artist?
You know, up until pretty recently I realized that success had nothing to do with how much money was in your bank account. I feel pretty successful because I remember the days I would dream of having the job that I have today. To me, being successful is setting a goal, whatever it may be, and reaching it whenever that may be. As long as your work hard, learn from your mistakes and not deviate from the goal, success will come. Fortunately, I love what I do, and I’m surrounded by people who love what they do. It’s hard to not find success when you are surrounded by people who share the same passion as you.

How or where can people see your work? How can people support your work?
You can see my work at www.danielgomezbagby.com, and I’m on my Instagram @danielgbagby. My most recent musical collaboration can be found on iTunes and Spotify if you look up the band VDO album titled “Right There and Then.” 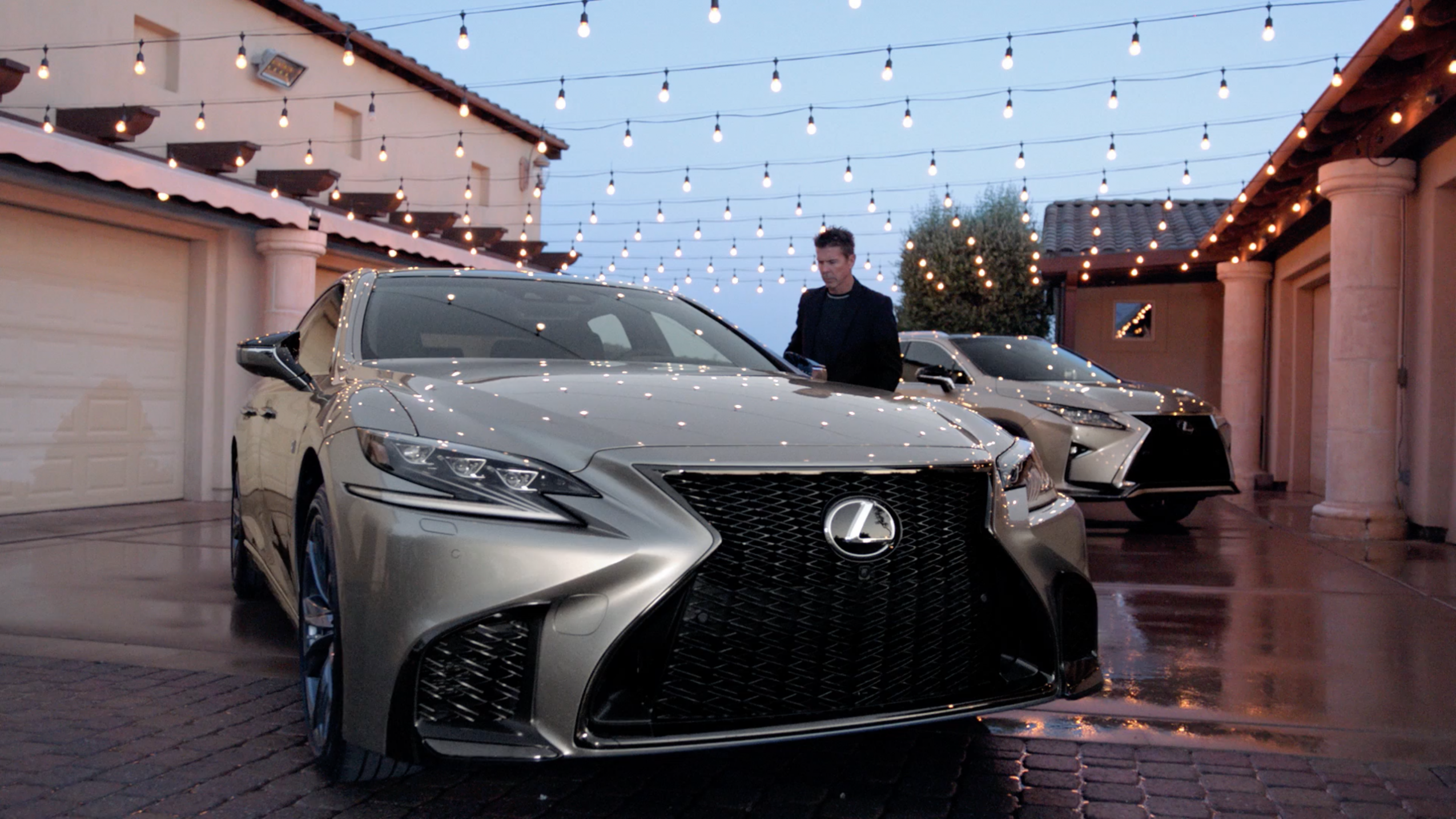