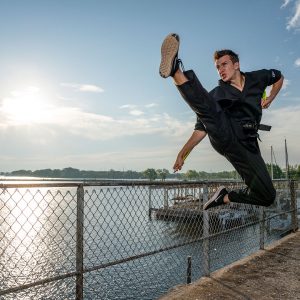 Today we’d like to introduce you to Daniel Etkin.

Daniel, please share your story with us. How did you get to where you are today?
When I was four years old I saw a commercial on TV for a martial arts school–Kids were jumping over pads and there was a hip-hop beat in the background. I didn’t even know it was martial arts at the time but I thought it looked so cool! Shortly after, I started taking karate classes and fell in love with the sport.

When I was seven, I went to a local martial arts tournament with my karate school. What impacted me the most from this tournament wasn’t the competition itself, but something I witnessed people doing on one of the open mats. People all gathered around in a circle as each person, one by one, would go to the center and do martial arts-based flips and maneuvers with their bodies. I had never seen anything like it before. I found out the activity they were doing was called “tricking”. I started seeing people doing these “tricks” in their competition routines and knew that this was the style of martial arts I wanted to do.

I am currently a business administration major and psychology minor at the University of Southern California. I am passionate about entrepreneurship and one day hope to open tricking schools in the United States so that more people can be exposed to the sport that has impacted me so much.

Great, so let’s dig a little deeper into the story – has it been an easy path overall and if not, what were the challenges you’ve had to overcome?
There have certainly been obstacles along the way. A big one for me throughout the years has been dealing with injuries. It’s frustrating to work so hard to get new skills and perfect your routine and then get injured at the beginning of the competition season. This has happened to me a few times. This February I tore my labrum in my right shoulder during the final round of one of the biggest competitions of the year and had to spend the rest of the year out of commission getting surgery and doing rehab. Despite the frustrations of injury, I always come back mentally stronger and with a newfound passion for the sport.

Please tell us about TRXWARE.
In 2018 I launched an extreme martial art and lifestyle brand called TRXWARE. We specialize in selling gripped socks specifically made for tricking, called TRXSX. I am especially proud that many of the world’s best trickers wear our products in events around the world and have won big competitions while wearing TRXSX.

Do you look back particularly fondly on any memories from childhood?
One of my favorite childhood memories was entering a national contest with my coach sponsored by Sony and MGM studios searching for the “real” Karate Kid in 2010. We won and were flown to Los Angeles to see the premiere of the 2010 rendition of “The Karate Kid”. We met the movie’s producer, Will Smith and one of my idols, Jackie Chan! 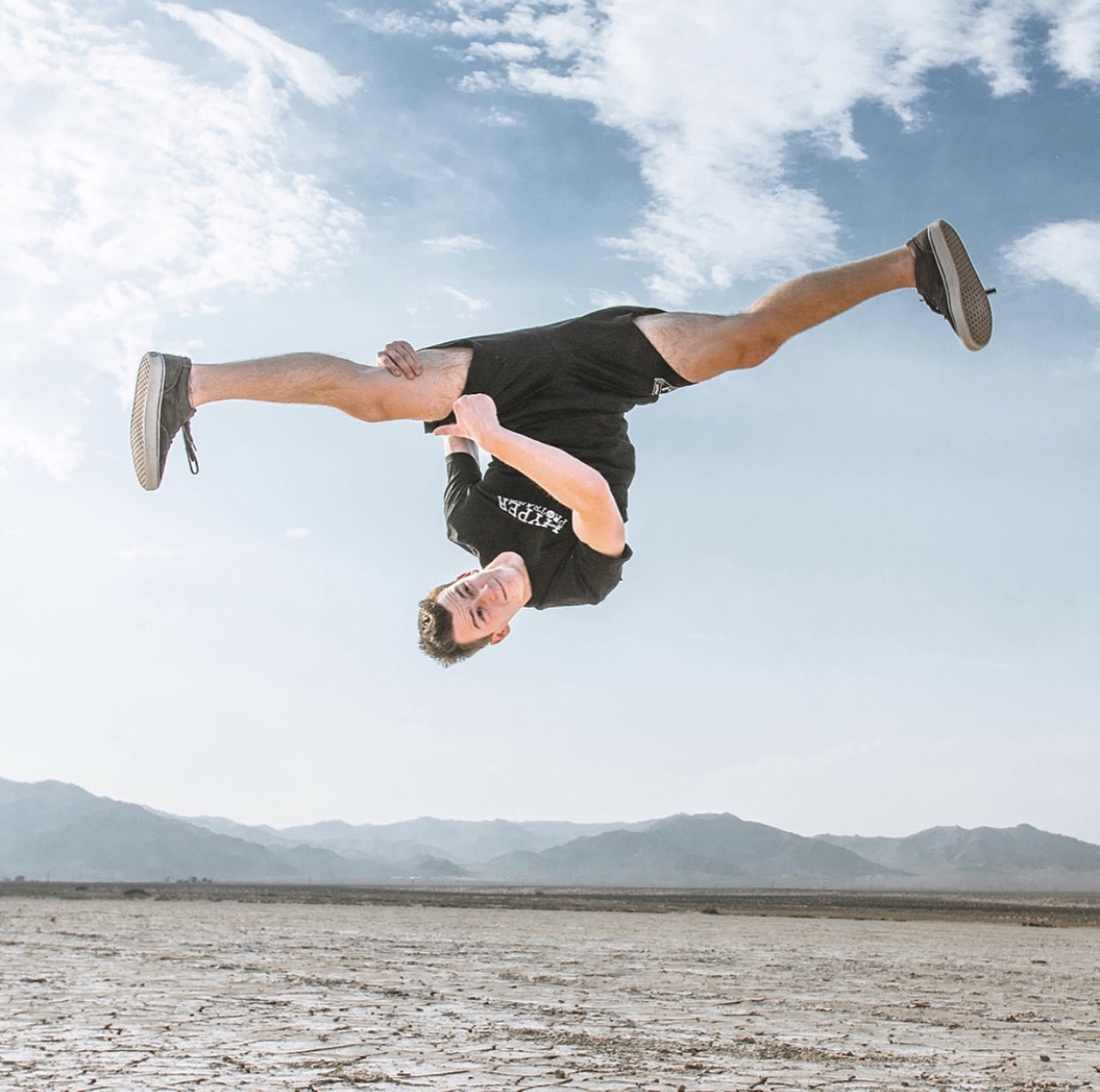