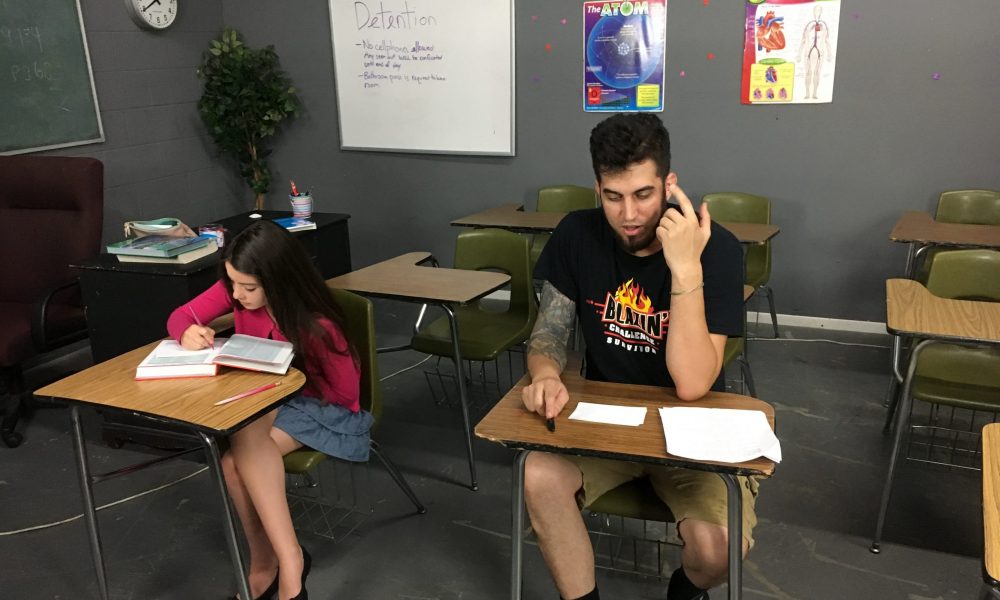 Today we’d like to introduce you to Daniel Brea.

Born in Rochester, MN to Finnish/Russian-Argentine/Sicilian, Polish-Austrian American Parents. Daniel grew up in Switzerland, Israel, Minnesota, Florida, Wisconsin New England and California and from about 10 years old he loved making short films with his friends and uncles camera.

After avoiding some issues with questionable people, dropping out of college, becoming a commando soldier and finally interning at a friend’s production company near Zurich, Daniel decided to go back to Minnesota and re-unite with the girl he never should have left. They fall deeply in love, he works as an editor and intern on a few films sets and decides to hit the road and see what’s up in California. He leaves his girl again (this time only physically – ’till he finds a job and place to sleep), drives to Cali with 1K, a beat up Saturn, a small bag with some clothes and three giant black garbage bags full of women’s shoes that his girlfriend (at the time – now wife, 1 year old daughter and soon to be IDENTICAL TWINS) could not live without.

He looks into film school but decides that whatever little money he does have would be better spent on some camera gear. He finds some work, a converted, illegal two car garage or “guest house” to call his girl back to, she joins along with the best dog that ever lived. She gets a job too, he switches jobs to make more money. She helps him co-sign for an 8K loan to buy some more proper gear, he hustles.

Two apartments, one house and a temporary additional house in Wisconsin, two pregnancies, a chihuahua-boxer mix, lots of gear, trial and error blood sweat and tears later, he finally produces his first documentary, touring festivals and just beginning its educational tour and he edits and helps produce a few more feature films.

Through a business partner of his, Daniel meets a world famous acting coach and gets invited to observe her master classes whenever he likes to. Daniel falls in love with acting but does not want to be an actor.

Daniel starts a company that serves his true passions and helps actors succeed. A win-win company.

Daniel Still produces commercials, films and other media content but spends most of his efforts at the moment growing his baby “LA Reel House”.

Has it been a smooth road?
Of course not…this is production. If it was a smooth road less people would lose their marbles doing it.

We’d love to hear more about your business.
We empower actors by producing cinematic content for their reels.

I am most proud of the passion behind the crews and our relationship with our clientele.

Some of them have already been called to be in scenes with other LA Reel House clients and some have even been hired for production work through Brea Films (Daniels Production Company) and other partners of Daniel.

What sets us apart is that we’re real filmmakers. The company is run by someone who is active in the actual production community, not someone who has failed and just decided to shoot reels “because it’s better than shooting weddings”. We take our Reels seriously. We’re not the cheapest service but we are reasonably priced and deliver true, high-end results.

Is our city a good place to do what you do?
Yes, this city is the best place in the world for what we do.

But where there’s opportunity, often there’s competition and LA is vicious for any business.

NO DO NOT START HERE! You have to get good somewhere else or you’ll just get flushed out.

This goes for production in general, not just reels.

The city can improve by giving better tax incentives for big productions but for small productions the best thing they could do is create affordable permits for non-commercial filming.

It’s $600 for a film permit and $80 for a photography permit. There should be a $150 permit for small film crews conducting non-commercial shoots. GET ON IT PLEASE FILM LA! You’re killing us!