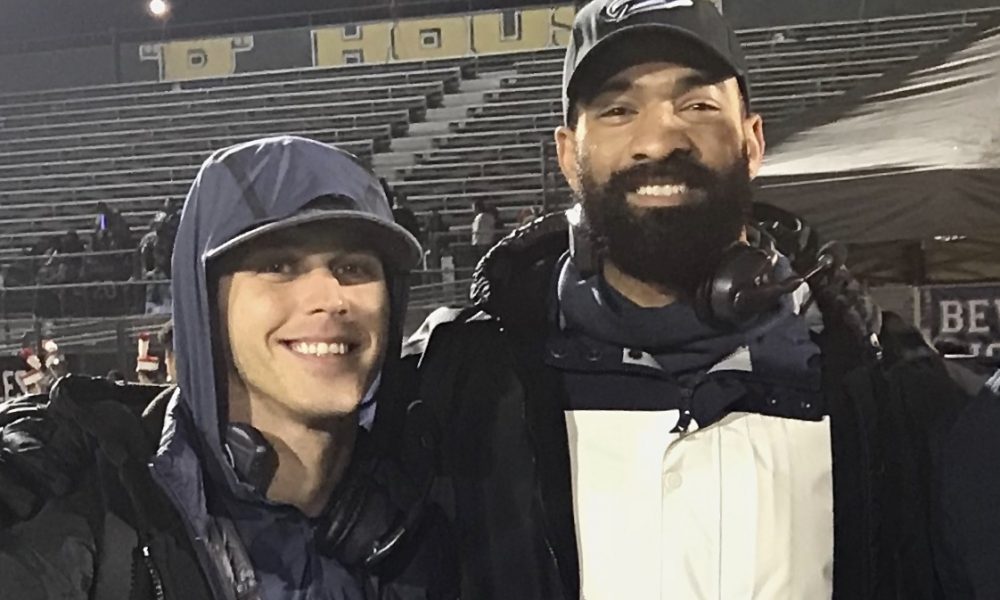 Today we’d like to introduce you to Dane Morck.

Dane, please share your story with us. How did you get to where you are today?
I was born and raised in Palos Verdes, a small coastal community in the South Bay of LA. As a kid, I spent the majority of my time playing a variety of sports; ultimately leading to year round schedules consisting of travel baseball and pop warner football. I would spend any free time away from athletics usually drawing, reading comics, or discovering old movies; really taking in any new forms of pop culture I could. I attended Palos Verdes Peninsula High School from 2001-2005, putting most of my old interests aside to focus solely on football. I suffered a near career ending knee injury my senior year but was fortunate enough to maintain a spot on the football team at Washington State University in 2006.

I moved to Pullman, WA that fall – a town of only 34,000 that sat just a few miles west of the Idaho border. Total culture shock. Once football began, I knew my knee was still off. One practice I’d feel like my old self, and the other’s were almost unbearable. I fought off the pain for as long as I could but eventually knew my heart wasn’t where it once was for the game. I knew stepping away would give me another opportunity to really challenge myself and get uncomfortable again. One chapter of my life had ended, but I didn’t see that as a negative. Washington State was where I regained that creative spark and love for storytelling.

I switched my major to Communications and focused on Journalism and Creative Writing. I took film courses and I went to plays. I made sure to see a movie or two a week. I got into a routine. I graduated in 2009, realizing I was leaving this small bubble that had been home for four years just to jump right back into my old one.

In the summer of 2010, I landed my first job as an on set Production Assistant for Vin Di Bona on his show America’s Funniest Home Videos. The job was at the old Raleigh Studios in Manhattan Beach, so it was a convenient commute for a south bay kid. It was on that show I really got to understand the mechanics of a set and just what role each person had to fill; that team aspect I could really relate to. I was lucky enough to be kept on for two seasons before advancing within the company.

I knew tv and film development was where I wanted to be, so when an opening for a development assistant/coordinator job became available for Di Bona’s production company Fishbowl Worldwide Media I jumped at the chance. It was at Fishbowl where I finally learned just what a “producer” really did, and how the other side of the business ran things in a very different way. We were small, so we were resourceful in our approach. It made things harder, but it made me better; and it was there where I learned to cut sizzles, cover scripts, build treatments, and just how to pitch content in general.

In late 2014 Fishbowl’s mandate changed, and a lot of us went our separate ways. For about a year, I floated from production company to production company, taking odd jobs in casting and development. All it did though was make me realize how much I really had to say. I felt I had strong connections, even stronger ideas, and that I had learned enough up to that point – oftentimes more of what NOT to do.

If I really wanted to get my own thoughts out there, I knew changes would have to be made and my life would have to shift in a dramatic fashion. In 2016, I took a step back to decide just which route I was about to take to facilitate what I wanted to do creatively. My old roommate Schuylar Oordt was an ex NFL player picking up odd jobs around Los Angeles at the time, and he found me a morning and evening job as a dog walker; leaving a gap in my day open to develop and pitch. I knew I’d lose a lot of stability in the process, but could learn to adapt and be resourceful like I had been.

One of the first projects I developed out of the gate was a wildlife documentary series with an old colleague and close friend, Tiberius Nour. He had broken off from his normal day to day and decided to take a similar route at the time. We went through two years of development, but we were finally able to bring the idea to fruition. The show would go on to become Into Alaska on Animal Planet, a series I served on as an Executive Producer in the Fall of 2018.

It was also during the start of this new venture that Schuylar’s friend, NFL player Spencer Paysinger came home on a bye week from the Miami Dolphins; making a trip to our apartment. Spencer had been writing his own material and was starting to think what his next move outside the NFL might be. We talked for hours that night, discussing our love for stories, our favorite films, being from opposite ends of LA, and where we hoped our crazy ambitions could eventually lead us. It was on that night we came up with the idea for The CW’s All American – the #1 show on Netflix this past summer and a series inspired by Spencer’s real-life story.

I kept walking dogs across LA and picking up any odd jobs I could find – pitching and taking meetings only when I had air. I literally had dog treats fall out of my pocket in the middle of a pitch once or twice; it was a brand new lifestyle that I was trying my very best to acclimate to. One afternoon I joined an old friend for lunch to catch up and talk ideas. This was former MLS star Robbie Rogers – who at the time was also developing tv projects after a storied athletic career. I mentioned the conversation Spencer and I had to Robbie, and from his reaction I could tell I wasn’t alone in seeing the stories potential. The three of us met in January 2017 at a small coffee shop in Culver City; hashing out just what we hoped to accomplish. Robbie’s fiance at the time was Greg Berlanti, a producer whose track record speaks for itself. Greg thankfully saw what the three of us saw, and after a formal pitch we partnered with Berlanti Productions. We hired our writer April Blair in the summer, with Warner Brothers coming on board in the fall. All American was officially off and running.

From 2016-2018, I hustled to hit each development step I could; driving six to eight hours a day from project to job just to make sure these dreams could hopefully stay afloat. We had hit all of our marks, and we were approved to shoot a pilot in late 2017. After months of silence came a call from Robbie I’ll never forget; that All American was officially being picked up to series for 2018.

I had never told stories narratively, but it was all I took in; so the opportunity of selling a scripted series and just being in those rooms and having the freedom to learn was all I could ever ask for. More importantly, it was in the LA prep football sandbox that Spencer and I lived ourselves. We knew we could contribute where we could, and learn from the moments we couldn’t. The show has now reached the masses and has been able to make that impact we had always hoped it would since that first night we met. Our showrunner Nkechi Carroll and all of our cast and crew have truly created something special. Just being able to be a part of that process and to grow with this team has truly been a life-changing experience. Season 3 will premiere in January of 2021.

As a former athlete, I knew All American was no coincidence. Some of the most emotional and raw moments of my life took place during sports. That reliance and bond a team shares was hard to find post playing days. It’s rare to find someone in this industry who can speak to both worlds, so Spencer and I decided to lean into that. In 2019 we served as hosts of The Film Study Pod – a film and entertainment podcast under LeBron James Uninterrupted banner; and we established our production company Moore Street Productions, with the title stemming from the same street name where All American became a reality.

Has it been a smooth road?
I always really wanted to expand on the stories that molded me, most of which heavily involved athletics. Some of my earliest pitches were sports heavy and I couldn’t get anyone to listen. The sports world just didn’t click with a majority of the peers I worked with or really with the market in general at the time. It was a real niche space, and they made me more than aware of that. I always saw ideas as opinions though, so I never took “no” as something personal.

In developing both INTO ALASKA and ALL AMERICAN, I was able to receive an in depth look at the development process, both on the creative and business side. As a young producer, I’d find I would have to bite my tongue in a lot of scenarios but was always self-aware enough to know I was in these rooms and conversations for a reason. I realized really fast just how hard it is to sell an idea and to never take it for granted, but once you do you’re going to go through some serious yet necessary growing pains.

Please tell us about Moore Street Productions.
Moore Street Productions was formed in 2019, once Spencer and I really realized we wanted to tell stories across multiple genres – not just sports. In the past year alone, we’ve been able to set up numerous tv and film concepts across a variety of platforms; all original ideas that really encompass who we are as people and creatives. Most recently, we co-directed a short film called SHORT CUTS, penned by Spencer and due out this summer.

We’ve become family through this process, so transparency and dialogue has become part of the routine; limiting a lot of the headaches and problems that come with the territory. Cliche as it sounds, but you’d be shocked how hard it can be to find peace of mind when making a TV show.

Is our city a good place to do what you do?
I’m an LA native, so being able to do what I love at this level in my own city is something I try to always keep in mind. LA is a tough place and most people here have grand ideas, yet sometimes they’re too afraid to ask the simple questions. Maybe it’s the athlete in me, but I was never afraid to sound foolish or ask twice for clarity sake. If I did the job right, none of that would matter.

For all of you coming to LA as a storyteller or creative, there’s always going to be a lot of noise pulling you one way or another. Just know there’s likely a handful of people on that same trip out West with similar ambitions. The one advantage you have is that none of them are you. Go out and find your voice and the manner in which you want to use it. It may take time, but from my experience alone, I can honestly tell you it’s worth it. 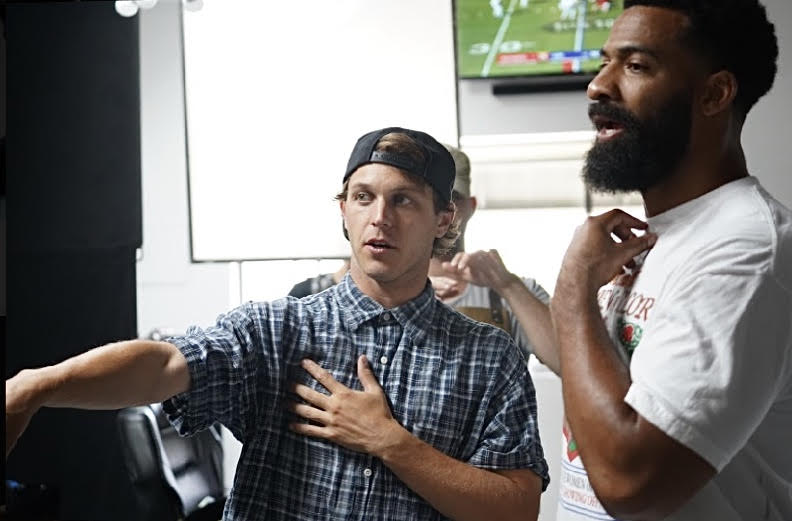 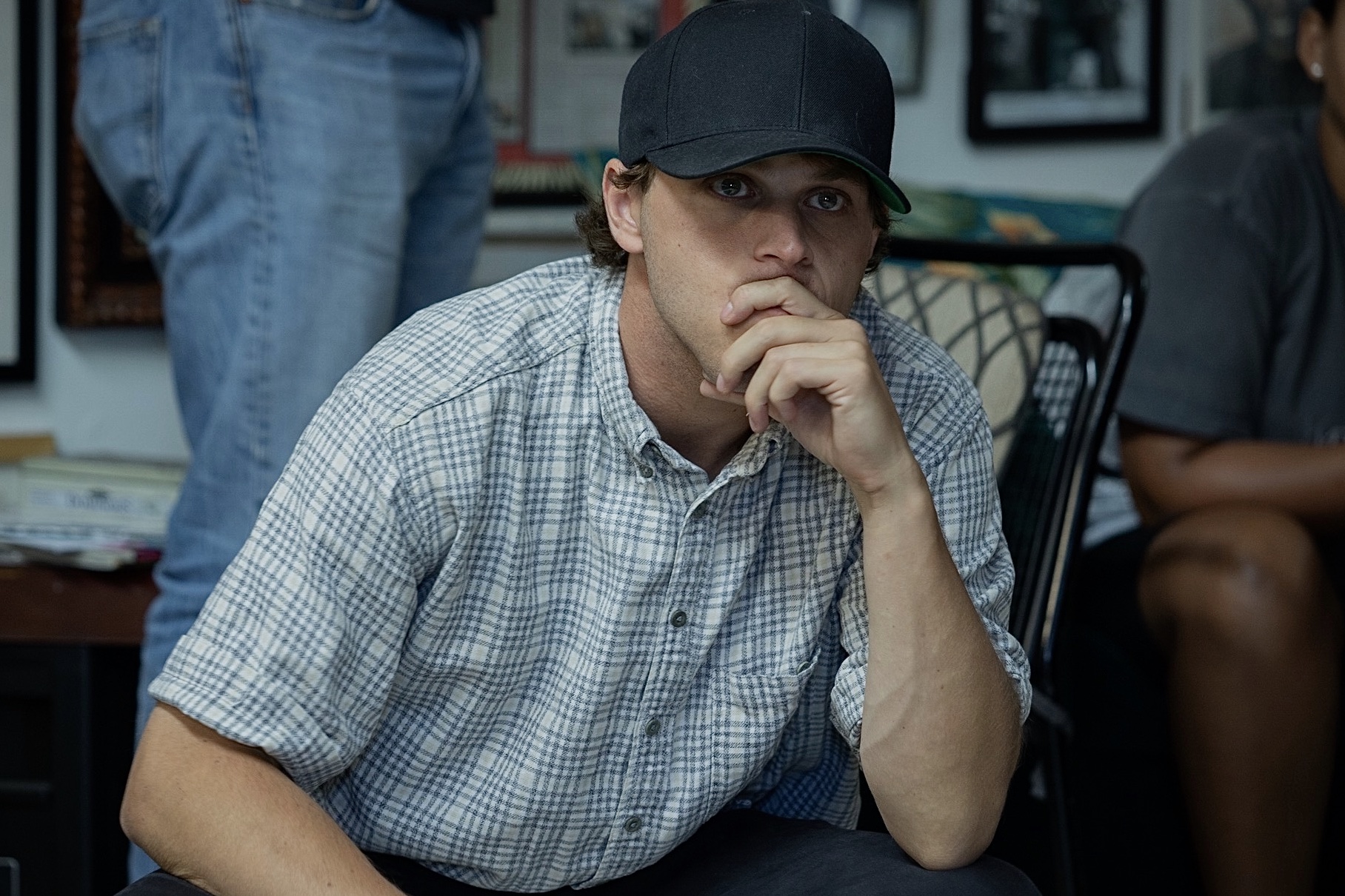 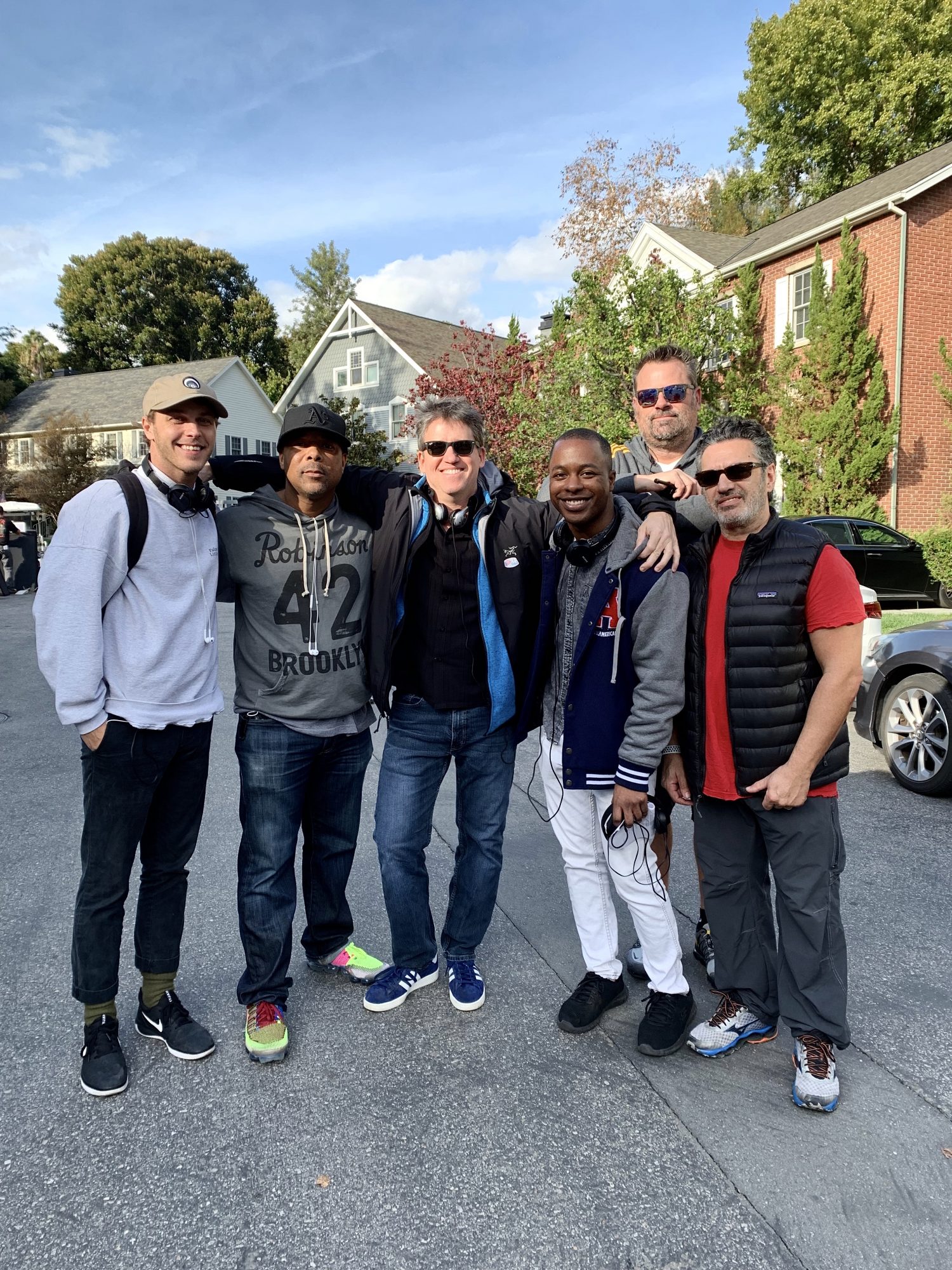 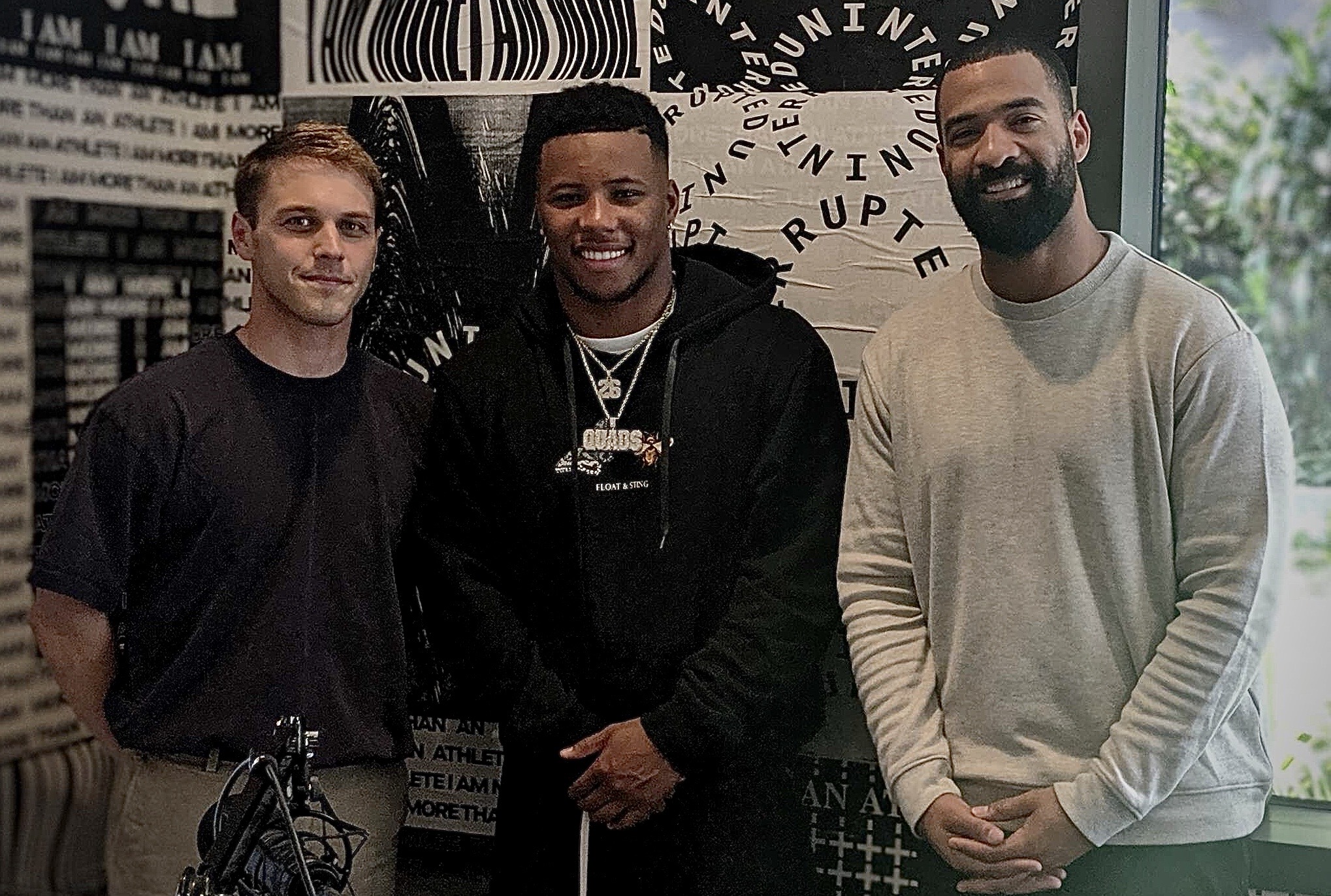 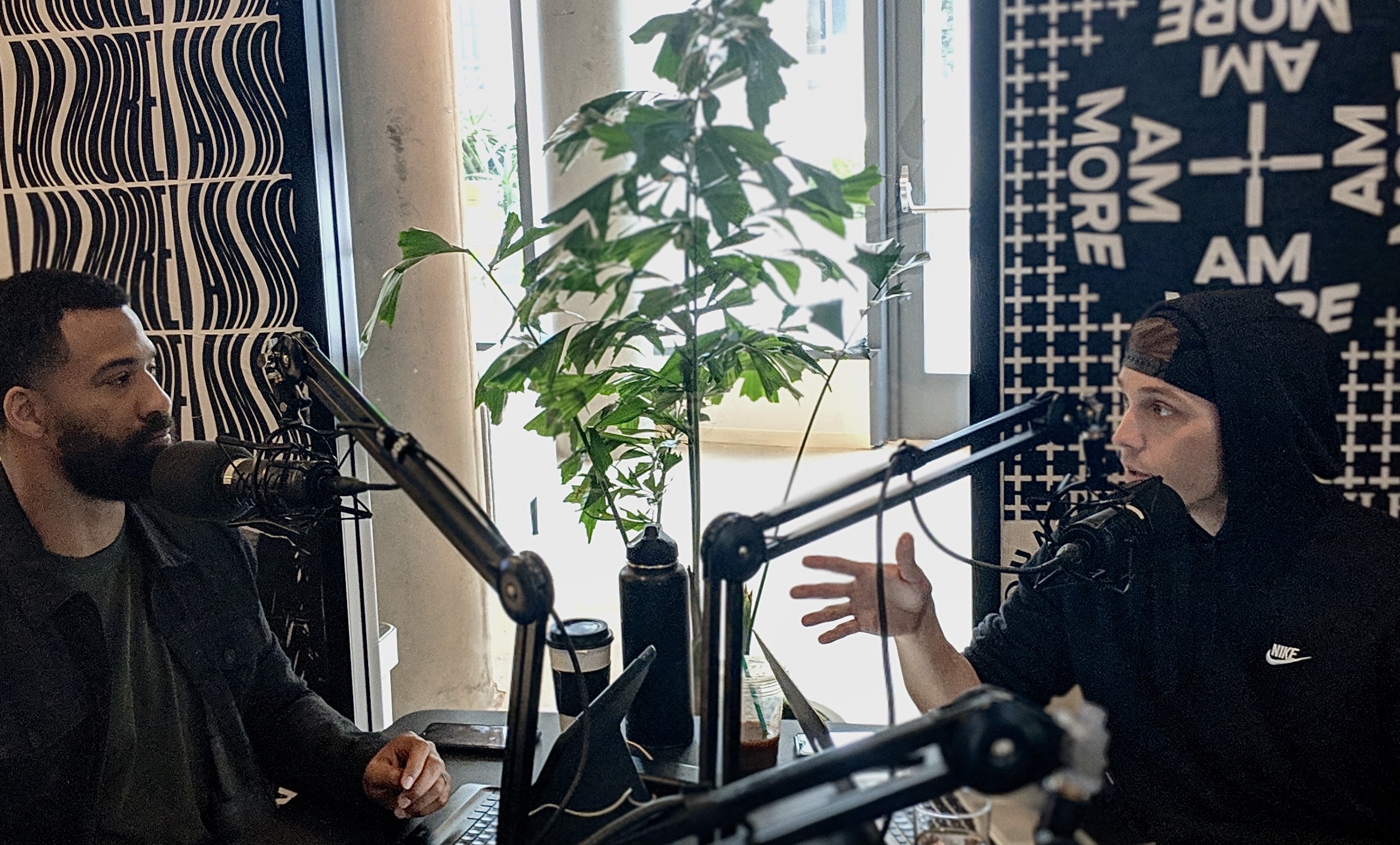 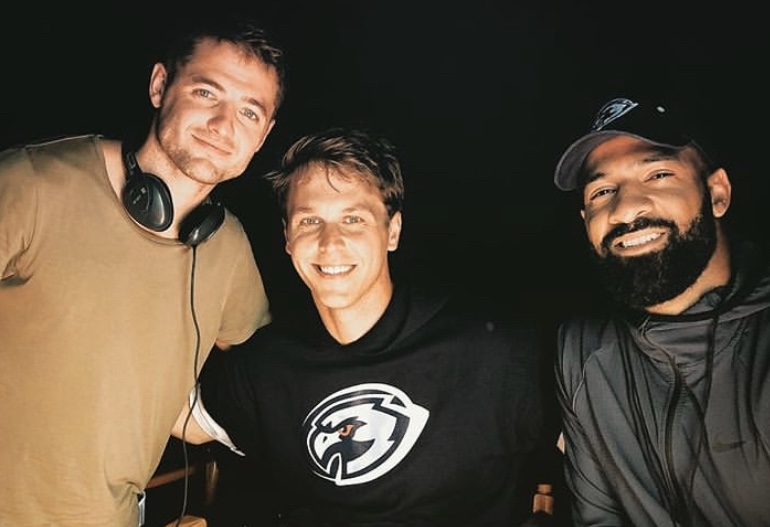