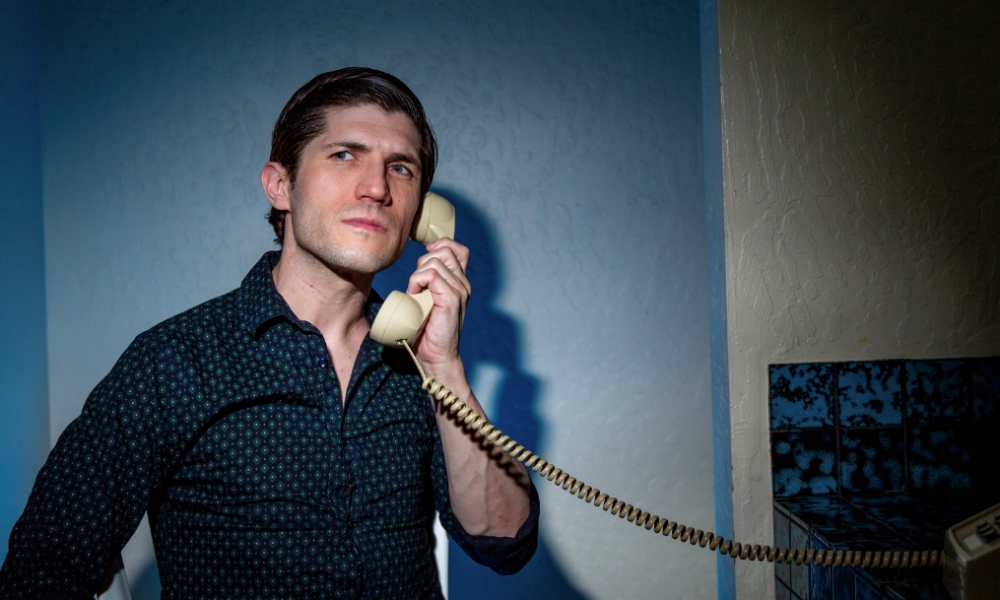 Today we’d like to introduce you to Dane Bowling.

Thanks for sharing your story with us Dane. So, let’s start at the beginning and we can move on from there.
Growing up an only child in Indiana, I started making VHS shorts with my action figures, because that’s what there was to do. Slowly, I’d figure out editing, special effects, basic storytelling, and composition, etc. There were few filmmaker how-to resources at that time, but I ate up every making-of, Video Zone, or what have you that I could. Robert Rodriguez would also write and show how HE did things, and the influx of indie directors on the scene gave me enough of a push to realize that I too, could probably do this crap at a nominal, yet competent level. It grew from there, but it was a long way to feeling like I knew what I was doing.

In my 20s, I basically recorded and/or played music as my main focus, but this, in turn, led to doing Sound (and later everything else, as the crew would drop out and leave vacancies onset) on local projects. Having real hands-on experience of making the proverbial sausage showed me what I did or didn’t want to do when I made my own. Small projects happened here and there with film stuff, with music always being a part of that. I now score a lot of what I do, playing all of the instruments and doing the Production/Engineering/Recording/Mix/Performances myself. Technically, I have four pieces of paper from school that say I know what I’m doing behind a mixing board.

Around 2007, I made the move to LA, and it’s been something. After a few promising projects here and there throughout my stay here, I gained small notoriety for doing genre stuff on $0 budgets. I figured if I was actually any good, I didn’t need money to make things, nor did I have any money to do so anyway. Nor did I have a crew, only myself. I wouldn’t let anything stop me, and I started getting multiple awards in festivals for my dumb and wacky efforts, next to things with actual budgets and crew.

Around 2015, I really decided to try to go for it and took a lot of classes at comedy theaters in town. I assumed this was a good way to meet people who wanted to make things. Once I found Pack Theater, things made more sense. I met others who wanted to create and ended up making over 250 videos within my first year there. I was the entire crew on the majority of these shoots, from pre to post-production. I learned and got better as I went. For some reason, I became known as a good DP and Editor, but especially for Directing while I did the other stuff. It made sense that the easiest way to delegate 100 jobs on a set was to do them all yourself. I saved a lot of time that way, and this inevitably led to bigger projects.

I’d done pilots, music videos, a million sketches, and all other sorts of media, but I had yet to do a feature. I’m happy to say that I now have two features 99% in the can from contacts I met at the theater. Both are currently in post, and I had a hand in many jobs on each (Directing, Producing, Editing, Music, the list goes on). They’re both in the Horror genre, and I’m eager to get them finished up and out there for other weirdos like myself, who simply assume they “cannot do” because of whatever limits they’ve placed on themselves. Both of these movies were made for well under $5,000 each. With my career, I’m trying to prove that anyone can do this! You just have to try, and not doubt yourself.

Now, I’ve sold feature scripts, and am working on/inevitably filming new ones all the time, as well as adapting one (that ALMOST got made this year) into a graphic novel. I just plan to keep going until I drop. It’s fun as heck to make stuff you want to see for a living. Seriously, anyone can do this. You should go make a movie on your phone today. There’s no time like right now to start!

I also work with genre comedy production behemoth Nightchurch, producing endless video and stage content with my talented friends, who also bend the way of absurdist humor. That’s a HUGE outlet for my creativity, and many silly risks are taken there, to great reward. I guess “making it” is creating funny fart videos with your talented peers, and having them resonate with cool people that apparently want you to keep doing so? Who knew?!

Making 250 videos in a year, doing videos with zero budget and winning awards – you’ve had quite the journey so far.  Can you talk to us about some of the obstacles or challenges you’ve faced along the way?
Obstacles and challenges? Pfft, I’d rather just look ahead, figuring no path is perfect, and I’d rather simply get wherever I need to be, instead of worrying if I’ll get there or not. That being said, there have been TONS of challenging situations on the path to whatever, but you make do. I stay true to myself and my morals and have never taken the easy road. Earned success is the best kind, the only kind.

Part of feeling that success is dealing with all the nonsense to get there. If I sat and stewed about being a victim of circumstance, I’d never grow as a person and talent. You build up a thick armor that way, both in preparedness and the will to keep going.

A lot of directing/everything else I do is knowing that everything is already going to go wrong before I even show up, and just handling it as it comes. You are in control, so believe in yourself. Everyone else will too. Also, this SHOULD be fun. Getting through the perceived struggle is part of it!

Assuming everything will go wrong is such an interesting way to be ready for anything.  What else should we know about you, your work and what you are currently focused on?
I’m a one-person film crew. This means I do EVERY job. You name the job, I can, and likely do do it. Haha, “do do.”

I am known for subverting the rules of how you “must” make movies, and I believe that things actually CAN be made “fast, cheap and good.” You’re supposed to only get two of those if you’re lucky. Make your own luck and learn by doing. It gets easier as you go.

My specialty is Directing and DPing (and literally everything else) on my shoots. I try to make this experience fun and stress-free on the rest of the crew and talent because again, we make fake for a living. This should be exciting and enjoyable, right?

As far as setting myself apart from others, I realized from day one that anyone can do what I do, and therefore I don’t really put the word “no” anywhere in my filmmaking vocabulary. I’ll figure out a way to do all of the things needed to get the point across, guerrilla-style, budget be damned.

Is our city a good place to do what you do?
For finding resources and good people to work with, LA is absolutely where one needs to be. The city itself can be difficult, due to the cost of living and other things, but if you’re out here to make stuff, you should use that as fuel to make as many things for nothing as you can, to learn how to do this and never be limited in any way in keeping on creating.

If I still lived in Indiana, it would be a new set of difficulties, but here, I can at least throw a rock and hit 100 cool talented people that I haven’t yet worked with. That’s definitely an advantage. Here, I can hang out with a buddy one night and nonchalantly mention I want to make a movie. Fast forward a few months, we made that movie. This has happened twice so far, and it will happen again.

To improve, LA needs to just be cheaper in general. Barring that, people just need to start making things on their own. Learn how to edit by EDITING. Learn how to shoot, direct, etc. by DOING. Quit using laziness and fear as excuses, just make stuff. It may or may not suck at first, but you only have to keep going before you even out and start finding your groove. Hopefully, a voice you’ll be proud of.

If you’re here and you want to make things, we live in today and now. Nothing is stopping you, but you. 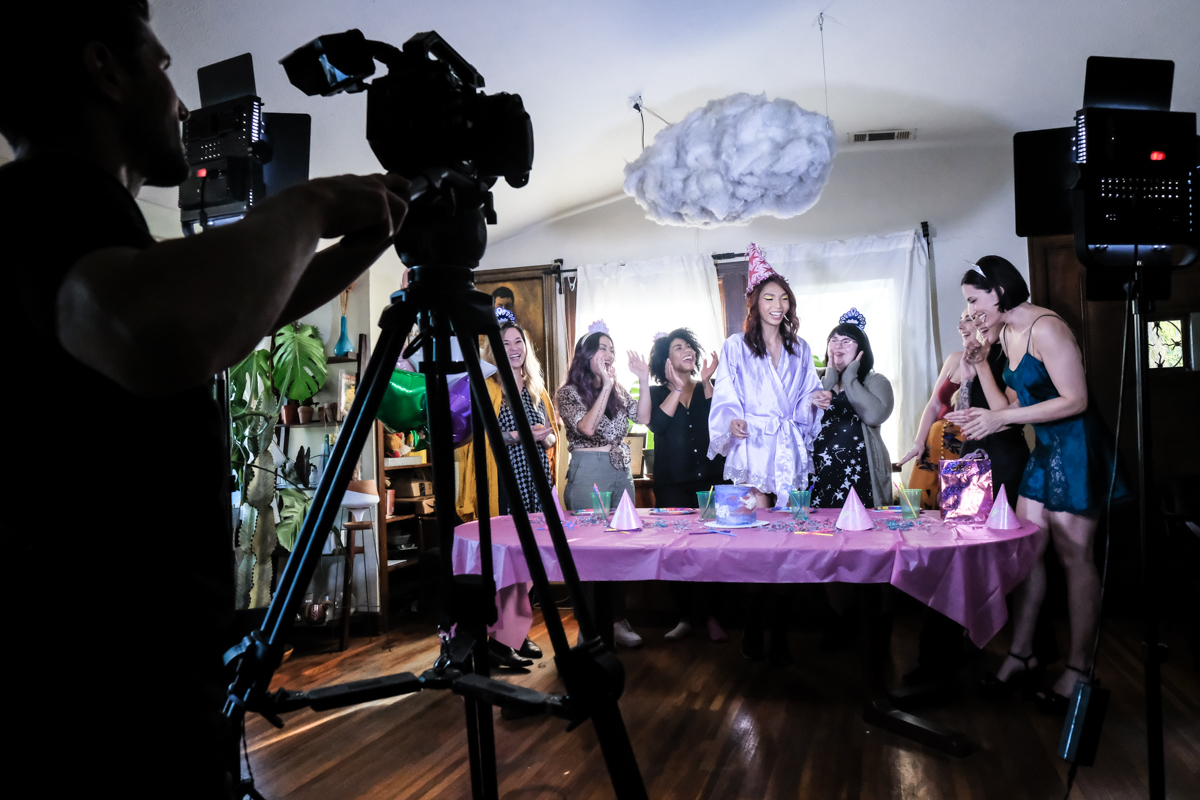 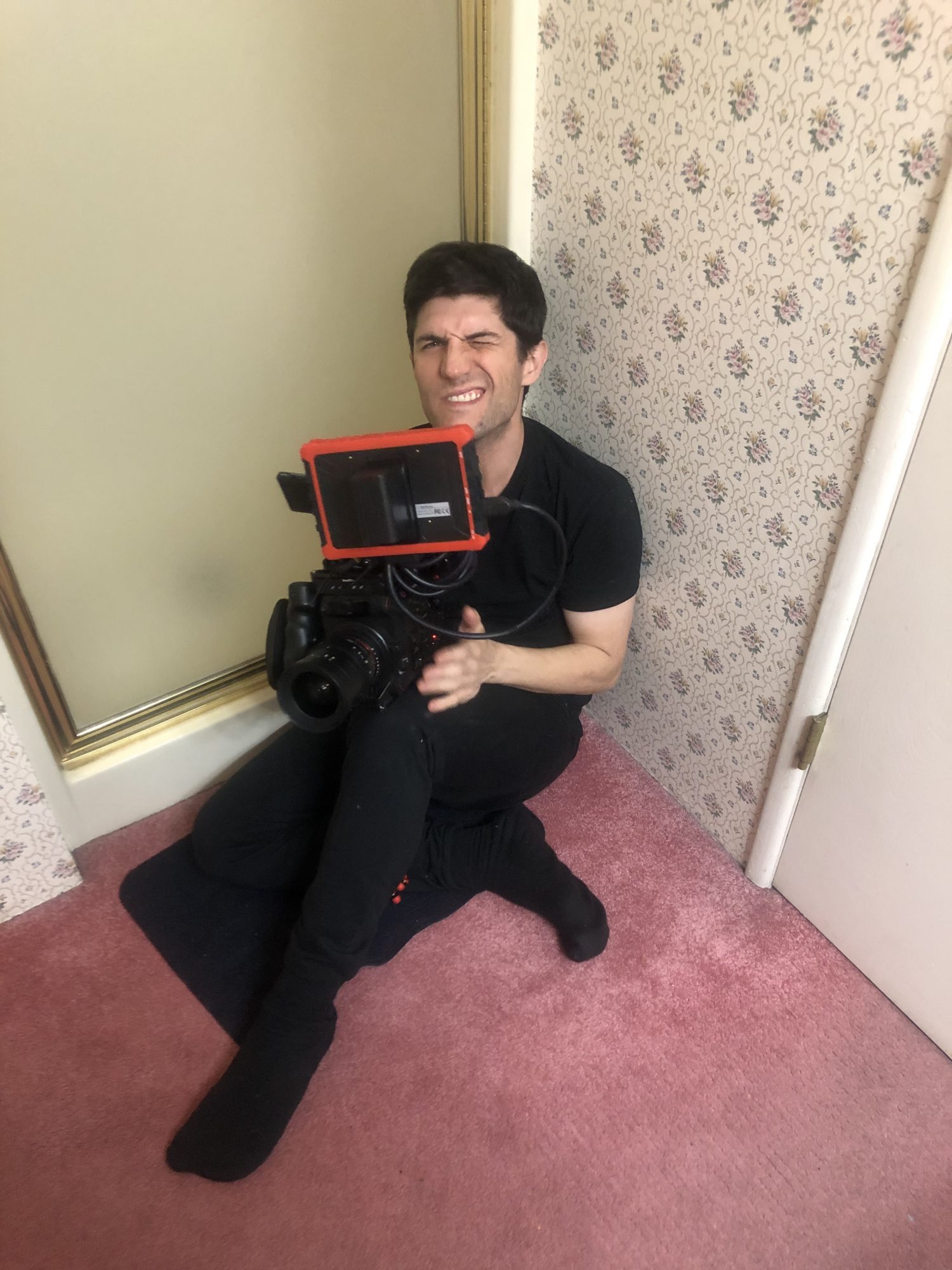 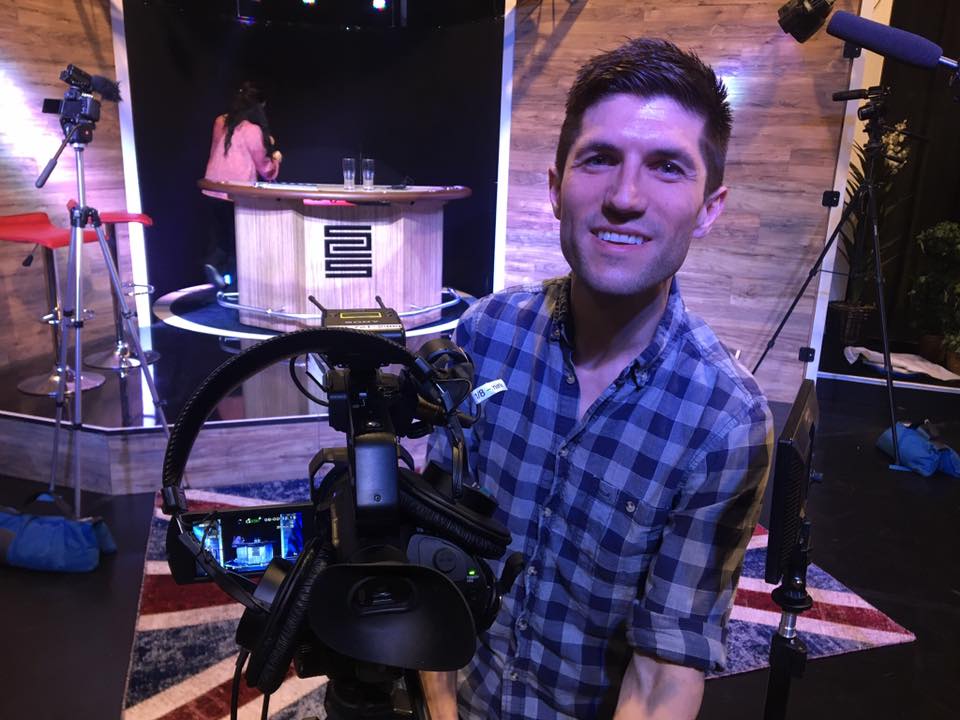 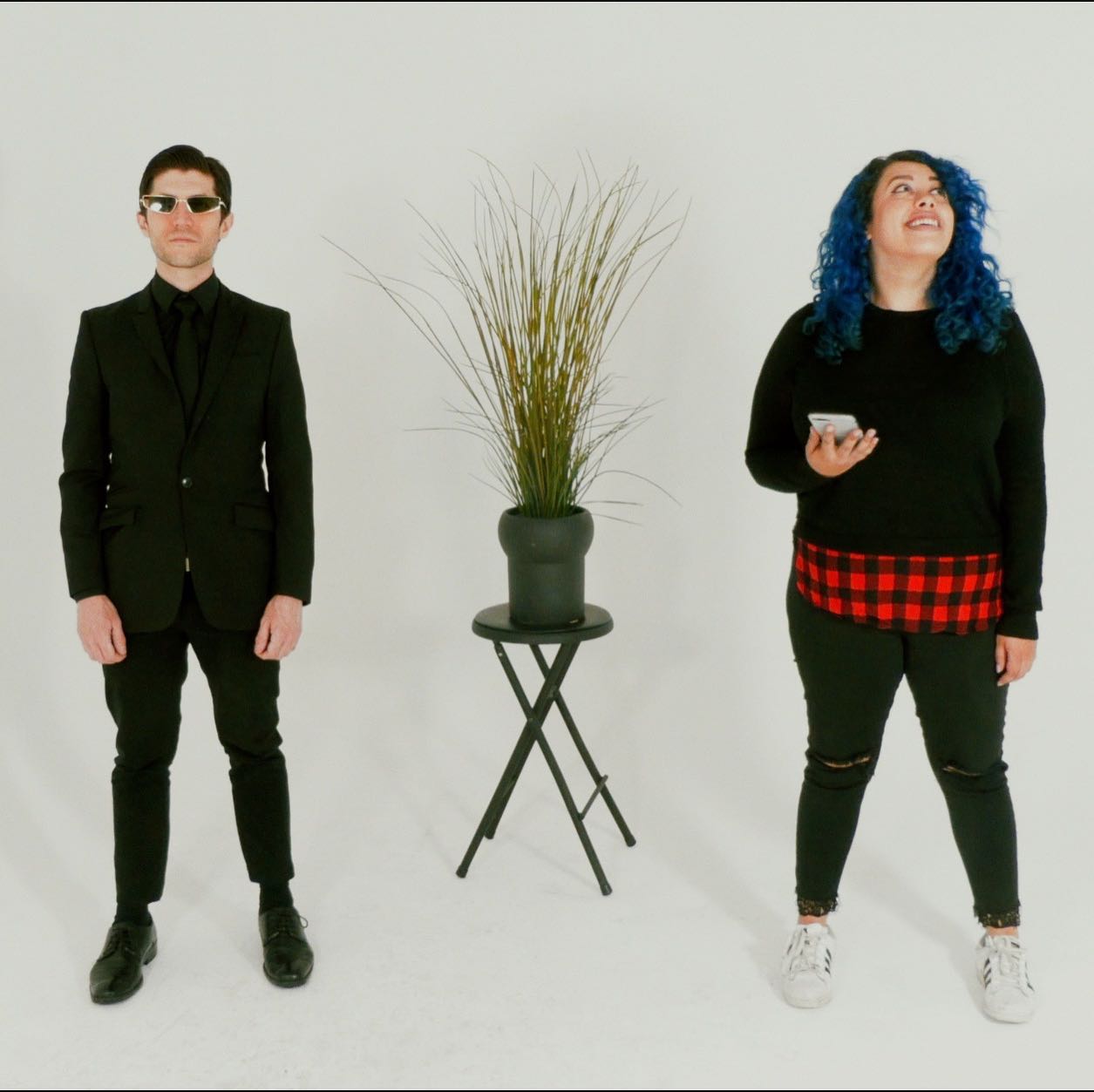 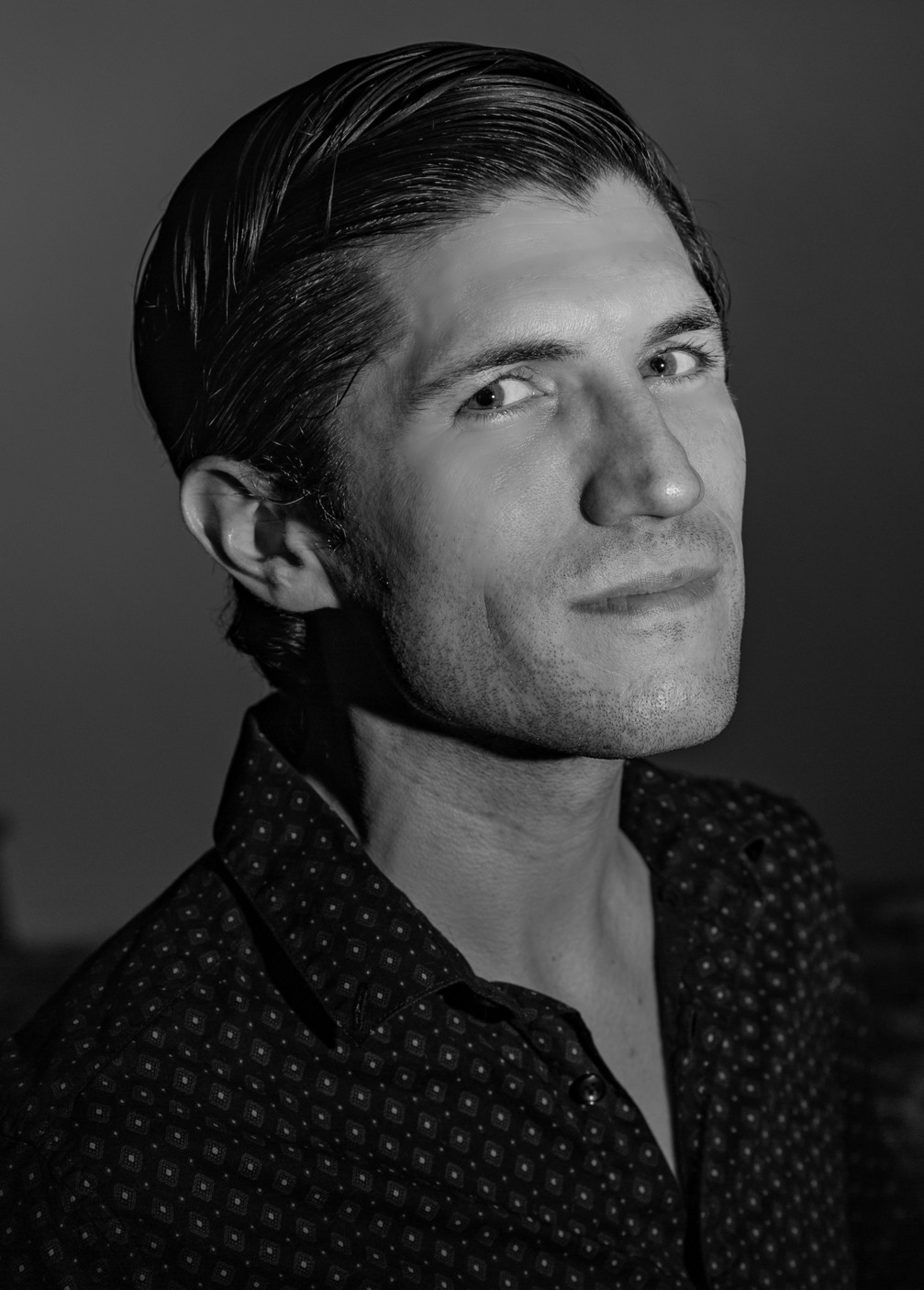 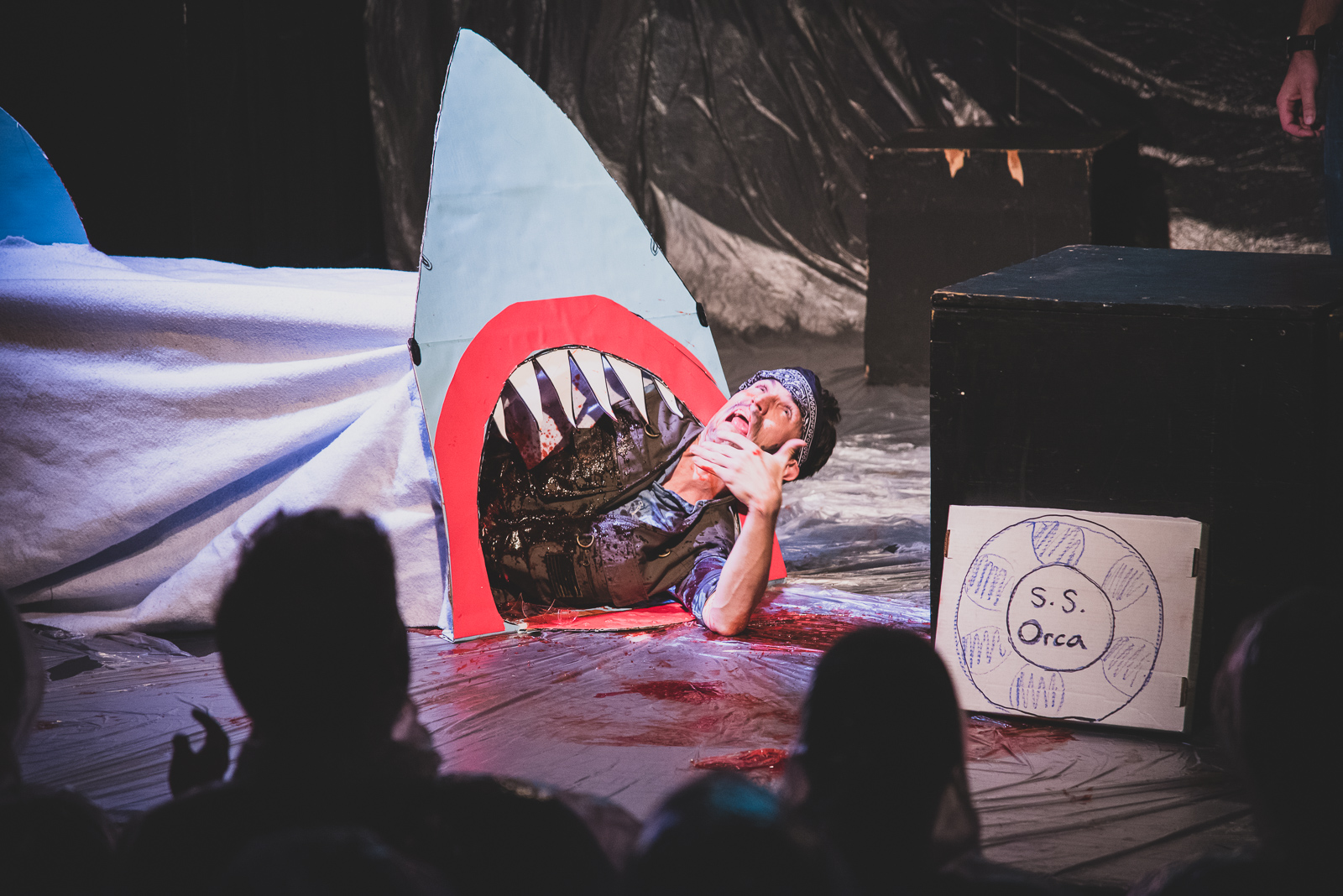 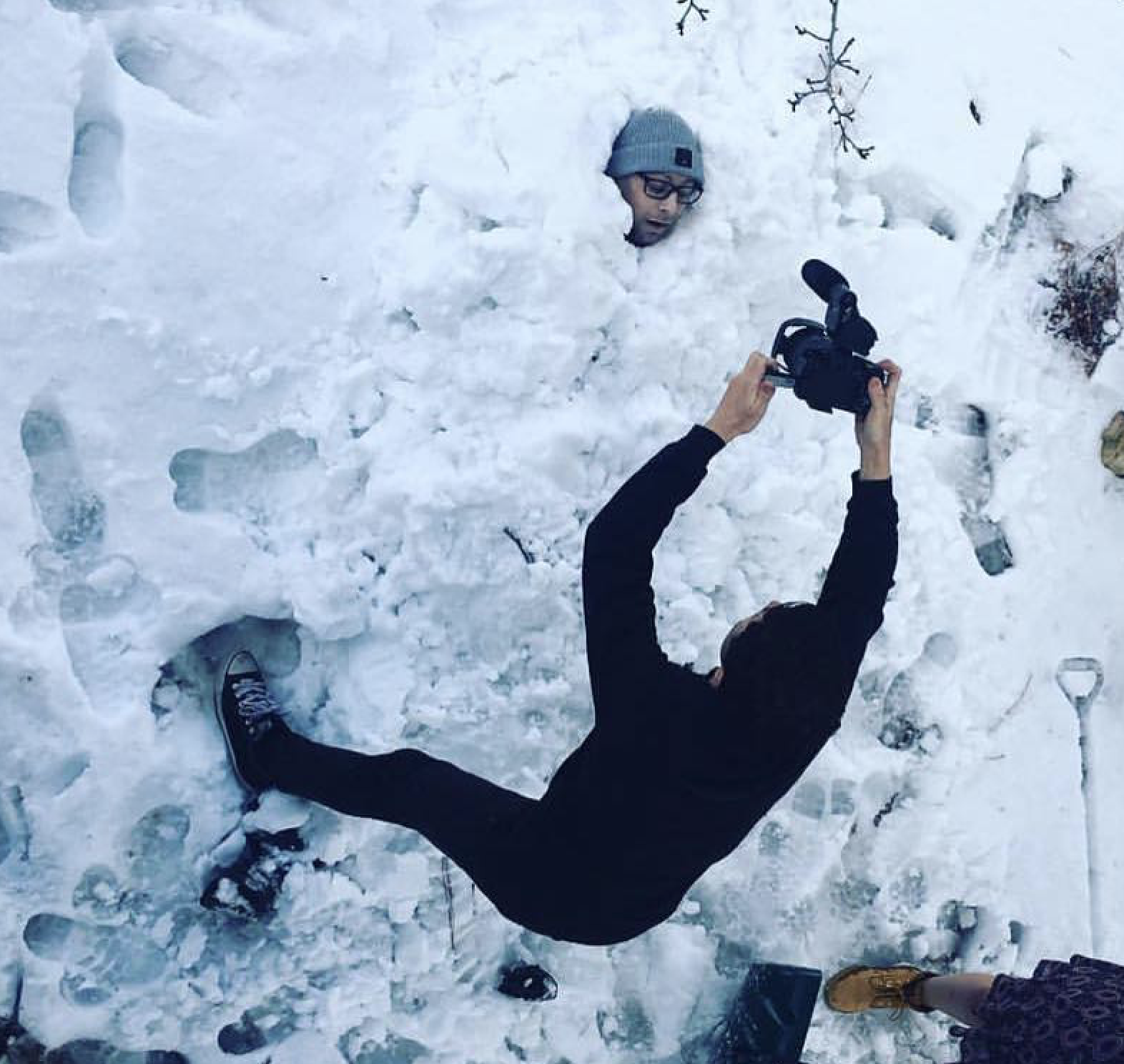 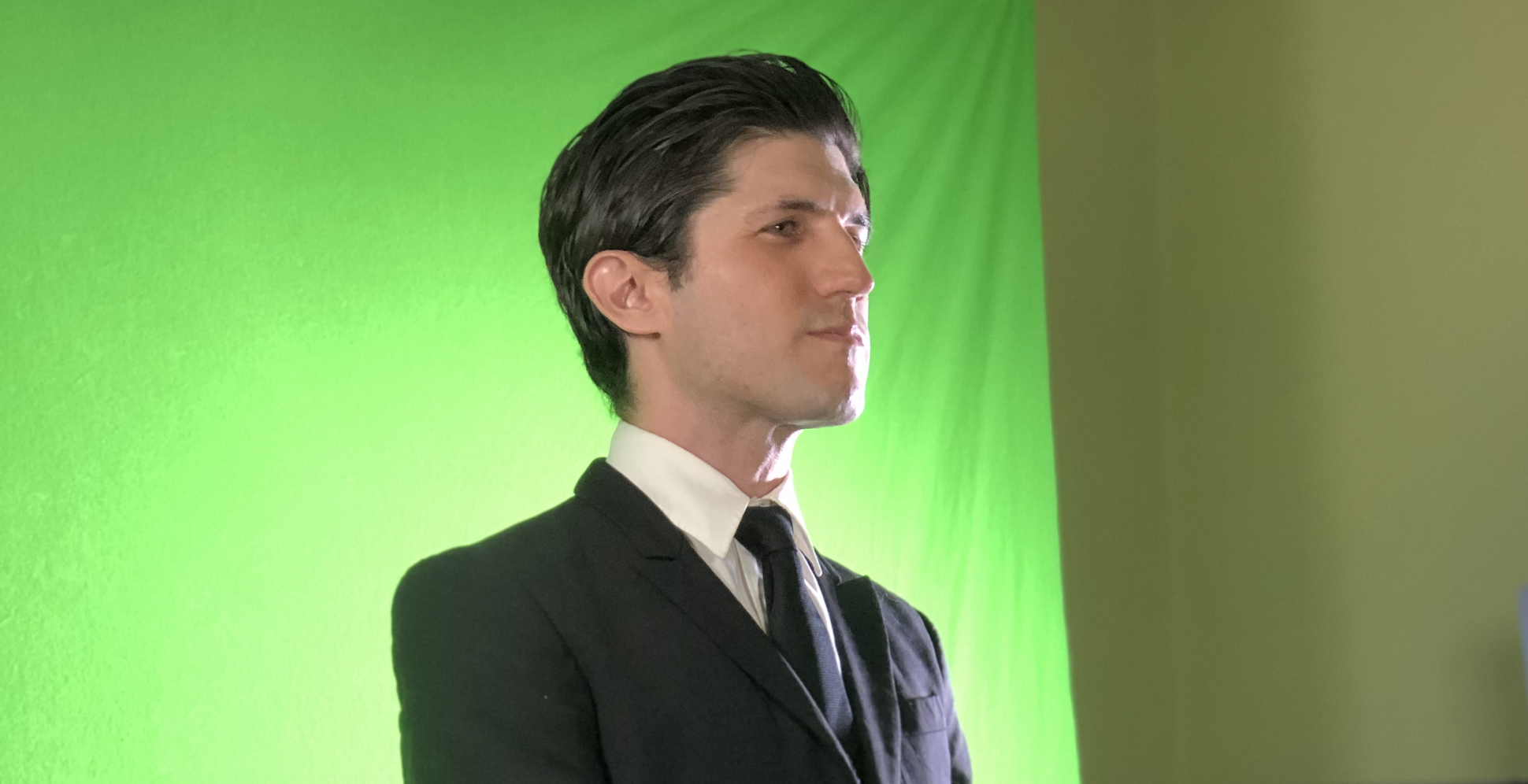