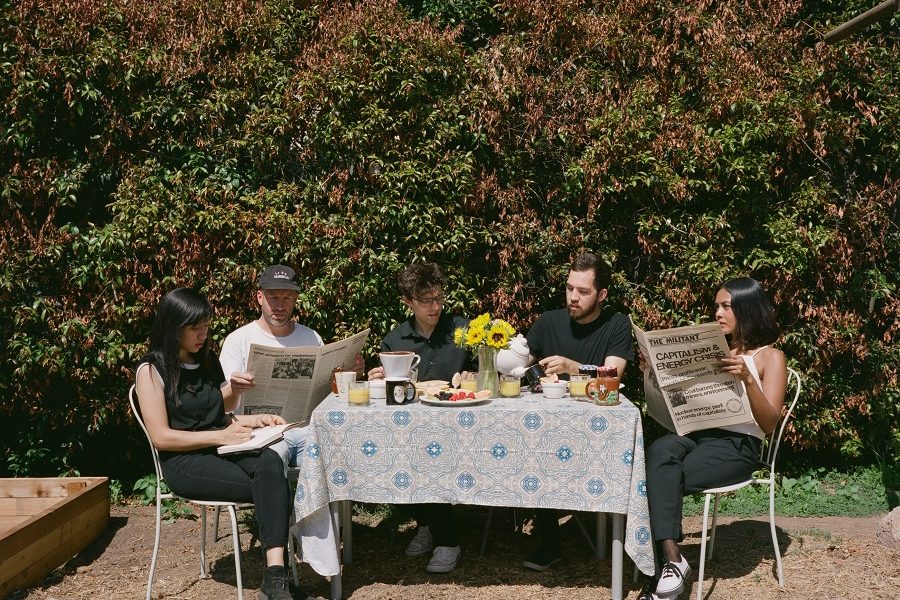 Today we’d like to introduce you to Dana Viloria.

Dana, can you briefly walk us through your story – how you started and how you got to where you are today.
I think I saw for the first time what a music scene was when I was going to college in Norfolk, VA. I started frequenting an old DIY venue where I saw a lot of local and touring hardcore and emo bands. I loved being there, but I never really felt like an insider since it was so male-dominated. When I moved to LA after I graduated, I discovered the music scene of my dreams.

Friends were inviting me to shows at The Smell downtown, and Il Corral and Pehrspace, where a guy named Sean Carnage was putting on the weirdest DIY shows every Monday.

And these places felt so inclusive, so open, and I was really inspired by the creativity, the raw energy. So I started my first band ever in like 2008, Puppy Dog, which my two bandmates and I called ethereal punk. We were just having fun, being whimsical, but people seemed to like it. We got to put out our first tape on an awesome label called Deathbomb Arc. It was recorded by Bobb Bruno, which we were really excited about.

Anyway, drummer Clay Johnson from a band called The Press Fire saw me sing – actually scream – at The Smell, and he got in touch with me about starting a new band. So we did, at the end of 2009. It was called Batwings Catwings, and Clay is the drummer I still play with to this day. We had a super duper fun run. We put out a 7″ on a UK label called Gravy Records, three EPs, our last one on Broken World Media. Did some mini-tours, including one in Japan. Played with some of our favorite bands like No Age, Future Islands, METZ, CSS, Unstoppable Death Machines. Good times!

For the last couple of years, we’ve been working on a new batch of songs. I’ve personally been going through so much as far as educating myself in the political climate from 2016 to now. We all grew up on punk music, and I know for me, I was missing the political ethos of true punk music. So it felt right to start fresh with a new band with this in mind: Wavebreaker.

We’re always bombarded by how great it is to pursue your passion, etc. – but we’ve spoken with enough people to know that it’s not always easy. Overall, would you say things have been easy for you?
It has been a generally smooth road, with some bumps along the way, for sure.

Collaboration is really, really challenging. We’ve had band members change. Sometimes it was mutual, sometimes not so much. It’s hard every single time someone leaves. Being in a band is like being in a relationship, and when you lose someone, whether you wanted them gone or not, it hurts!

Now we have our dream lineup: Jeff Byron from one of my favorite bands The Mae Shi, and Cindy Sukrattanawong and Mike Trejo who also play in a killer band called Love Nothing. (Cindy also has a super cool solo project called Littlest Sister.)

Communication can also be tricky when you’re dealing with a group of people and like 20 ways to possibly communicate (text, email, Slack, whatever), and the nuances of what you have to say, and the feelings of everyone involved. Plus, it’s impossible to agree 100% of the time on everything and to get everyone in the band stoked on every idea.

For all of these reasons, sometimes the process of making an album, or even just a song, can drag on and on and on. But we try and remember that the point is to have fun doing it. It’s easy to forget that when you’re trying to juggle and make things happen.

We’d love to hear more about what you do.
We are a punk rock band with a brown girl in the front. Obviously, we’re not the first, but we’re proud to carry that torch. We try to embrace tough conversations through music, and also be a visual representation of diversity and equality as a band, in a genre that has always been dominated by white men. Some of our songs are about free speech, sexual violence, colonization, and trying to balance celebrating happiness in a time when there’s so much work to do to change the world.

So, what’s next? Any big plans?
Our immediate future is to finish mixing the songs that we recorded over the summer at Hurley Studios with an awesome producer named Vanessa Silberman! And shoot some videos. Stay tuned. 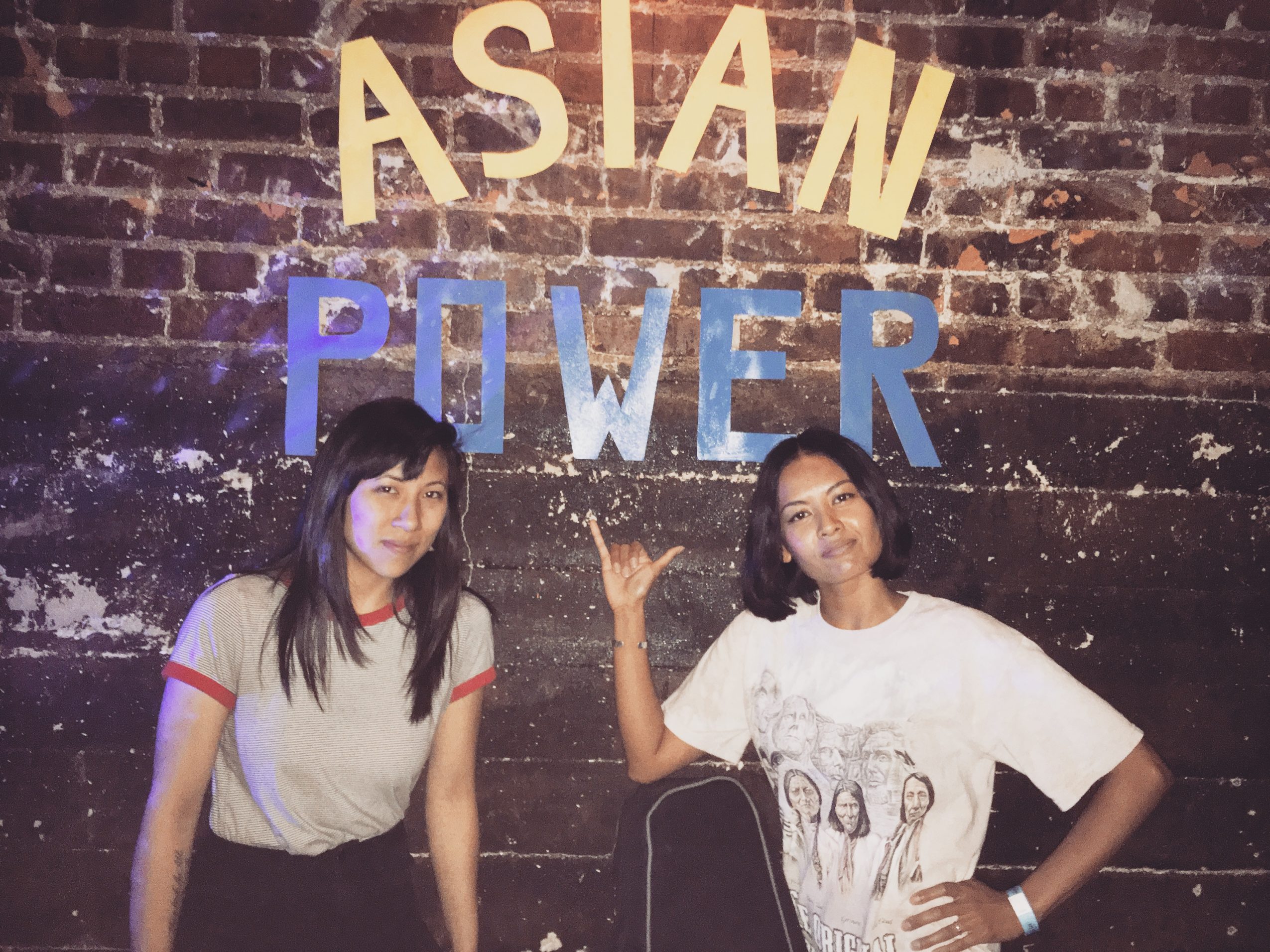 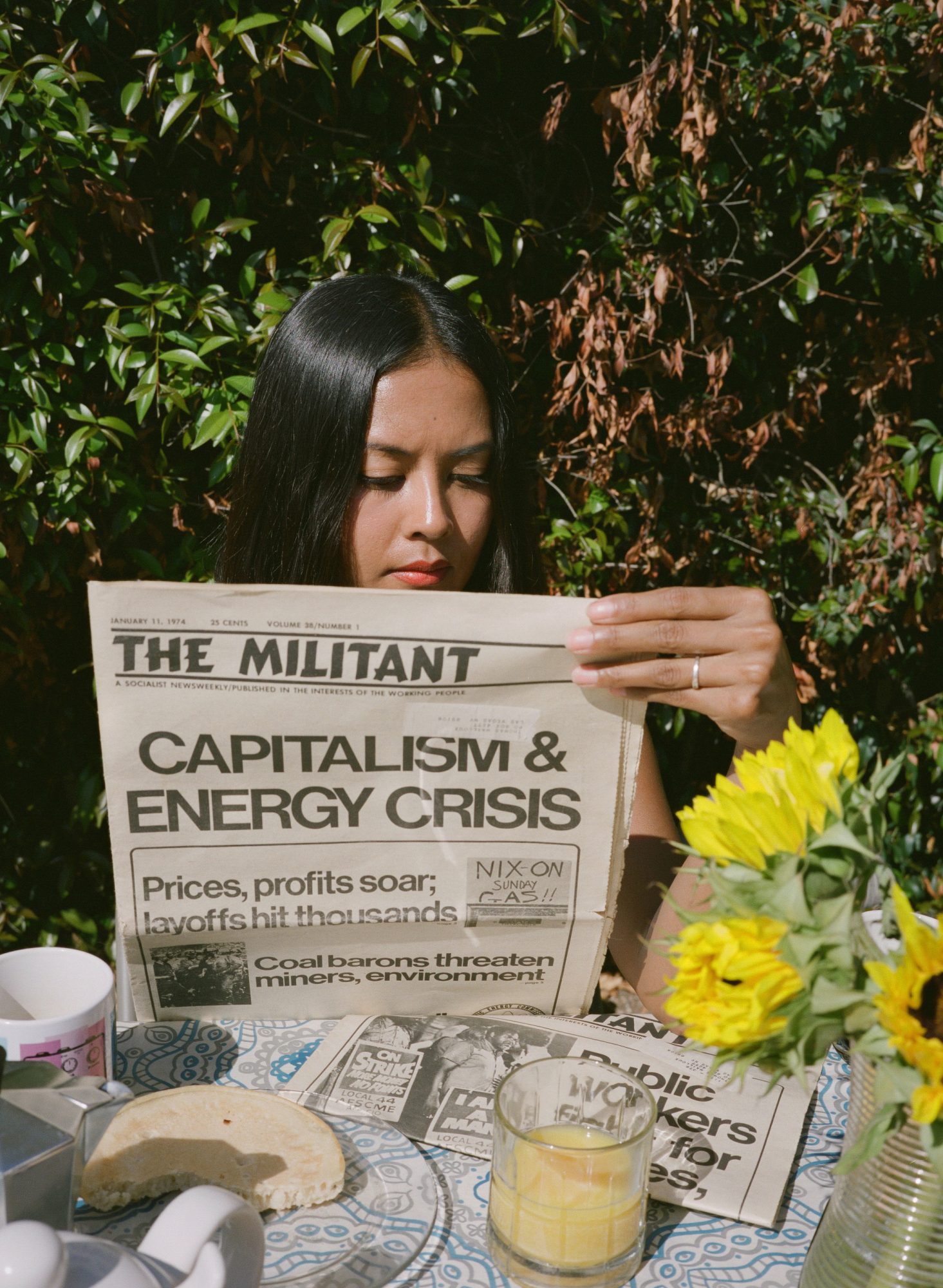 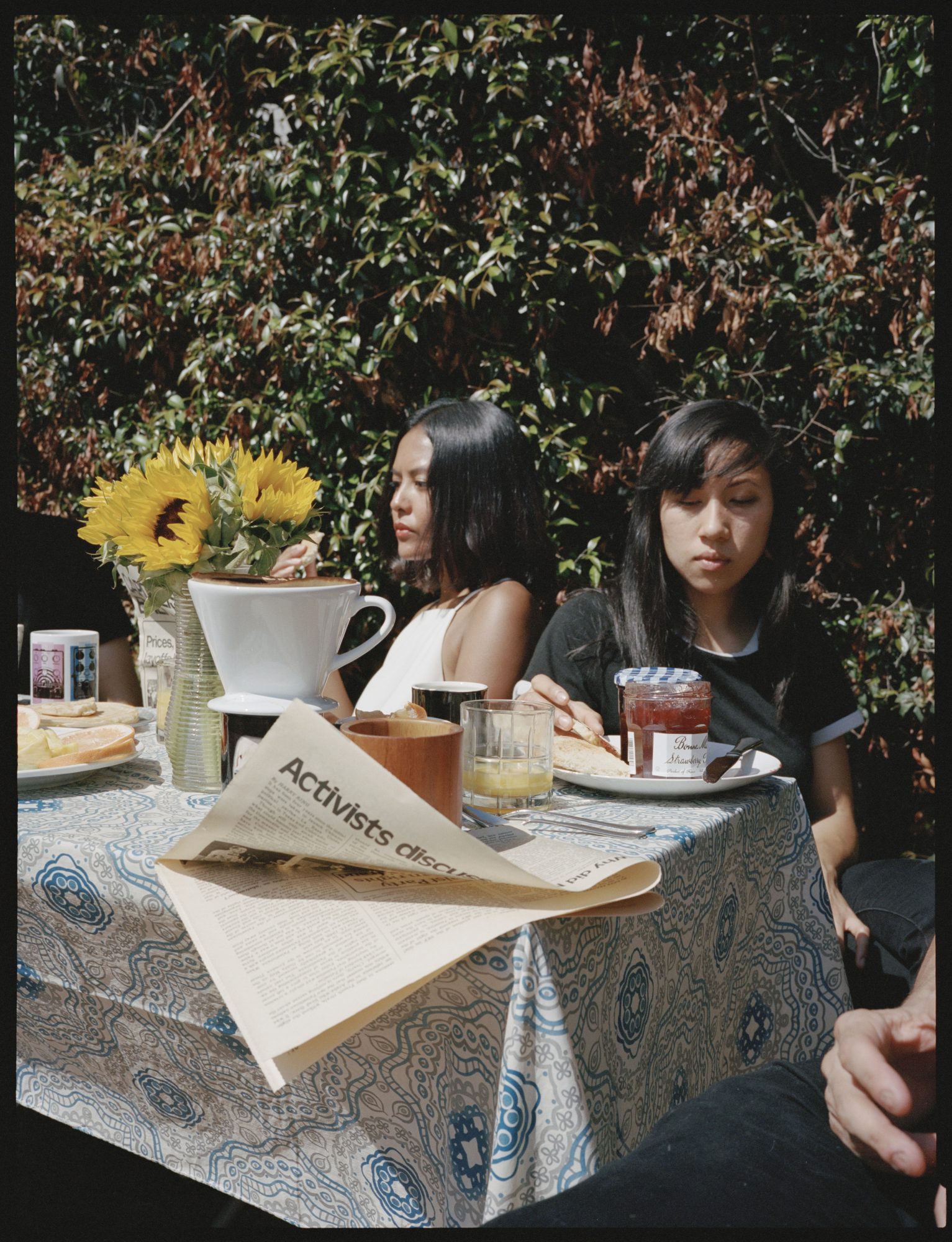 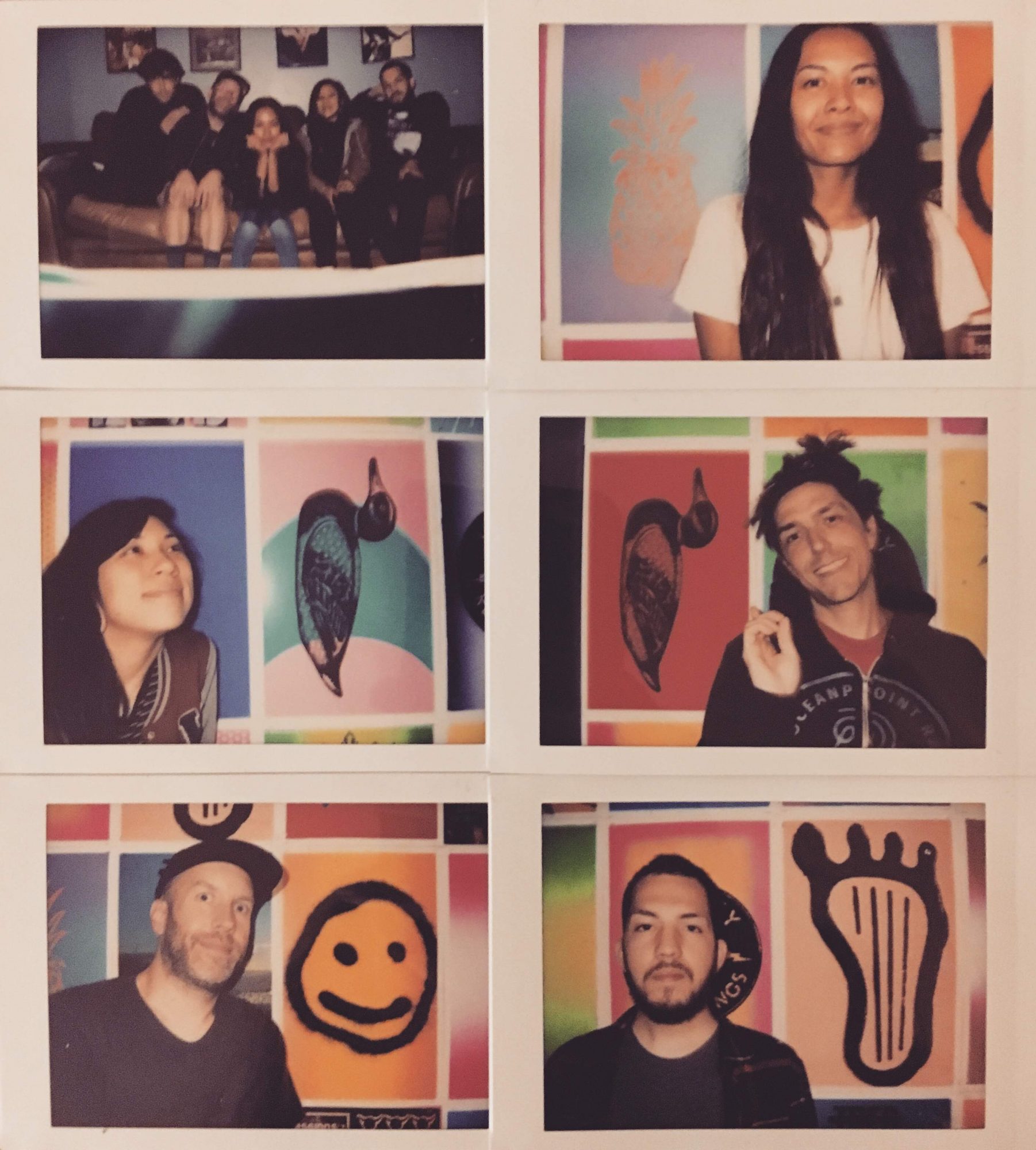