Meet Dan and Tiffany Williams of Motorcycle Ambulance in Anaheim 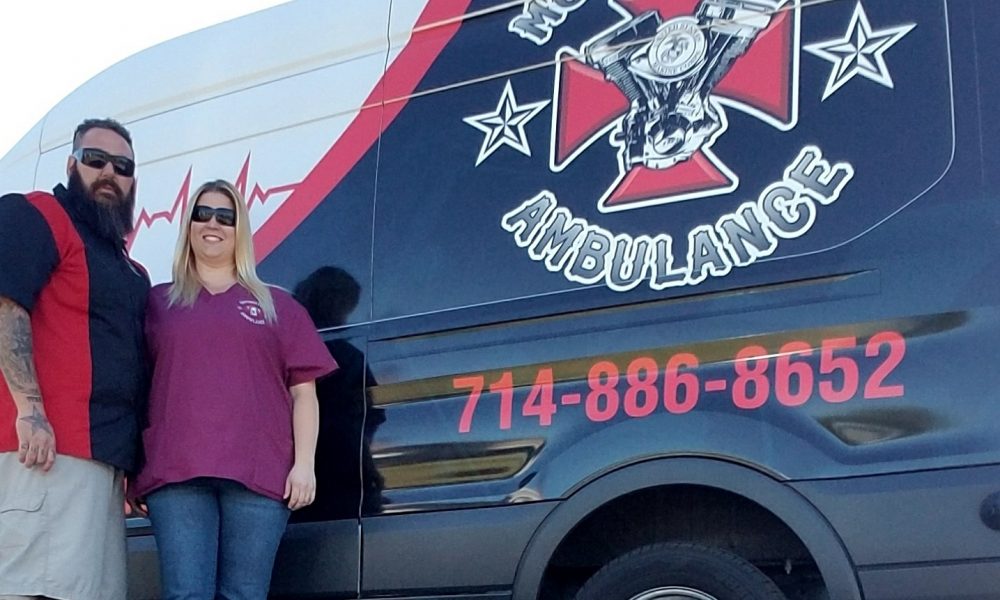 Today we’d like to introduce you to Dan and Tiffany Williams.

Dan drove a fuel truck in the Marines and when he got out in 2001 he knew he wanted to be in a field that incorporates driving. He became a tow operator where he met his wife Tiffany, working for her parents. Both being involved in towing and hating to load motorcycles on flat bed tow trucks the ideas started to fly. It was only after Dan was involved in a motorcycle accident in 2015 that they decided to open Motorcycle Ambulance. He was on the freeway and had to help load his motorcycle onto a flatbed truck injured. That’s when he decided he didn’t want anyone else to have to go through that and that’s when Motorcycle Ambulance was created.

Overall, has it been relatively smooth? If not, what were some of the struggles along the way?
Some of the challenges are getting the community of motorcycle riders to trust you. Motorcycle riders don’t trust just anyone with their bikes. Another challenge is the weather. Even though we are in Southern California there are a lot of people whom won’t ride if there is a chance of rain.

Alright – so let’s talk business. Tell us about Motorcycle Ambulance – what should we know?
We specialize in towing motorcycles. We are set up for luxury towing. As in the bike is securely tied down to the gurney before being lift into our van. We have a few high-end clients that prefer our method of transporting enclosed and away from the traffic. Most of our business comes from word of mouth. Obviously being a small business, we cannot spend a lot in advertising. So, we hit the pavement running by going to local bike nights, club events, shaking hands at motorcycle repair shops and stores. 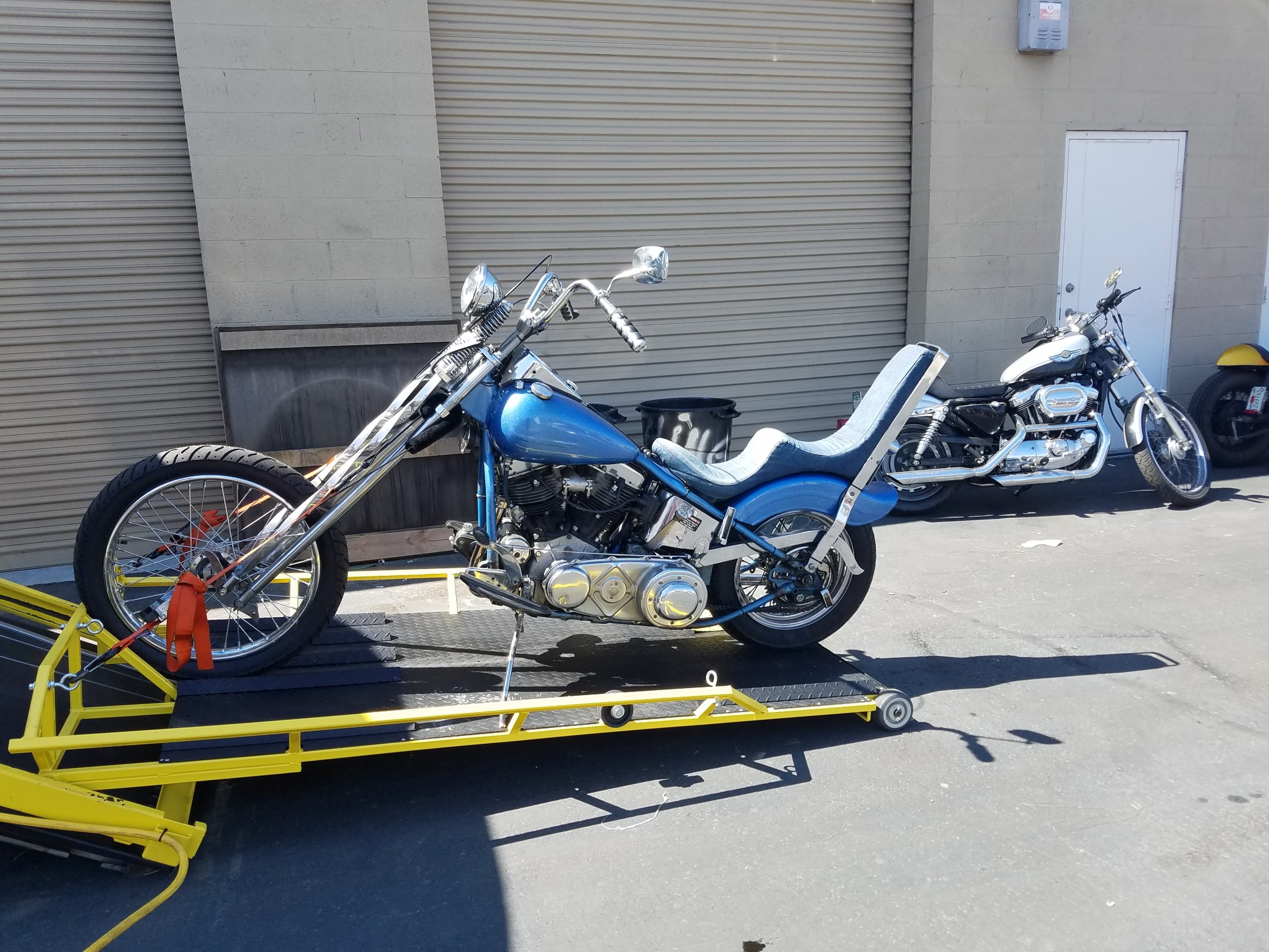 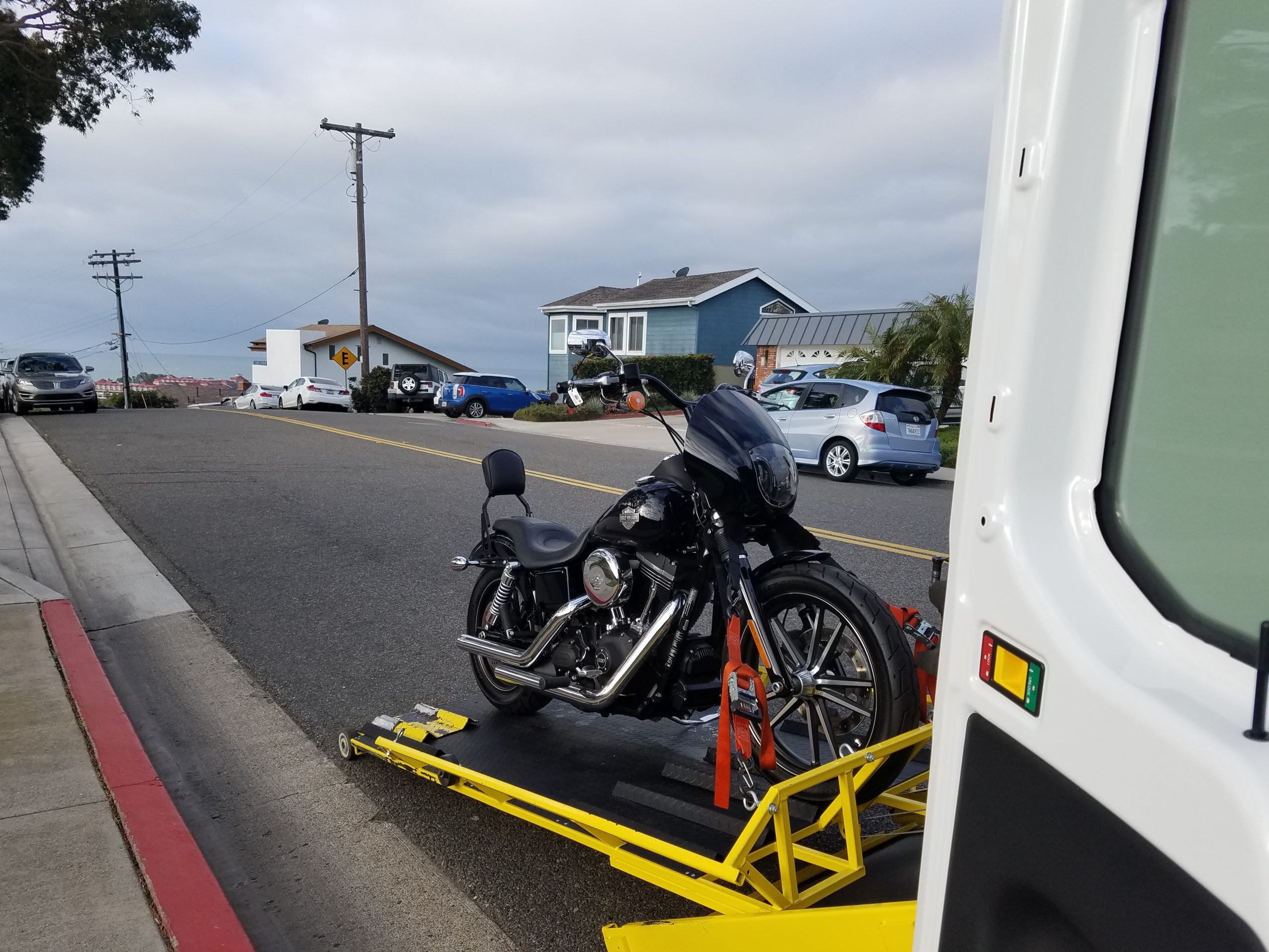 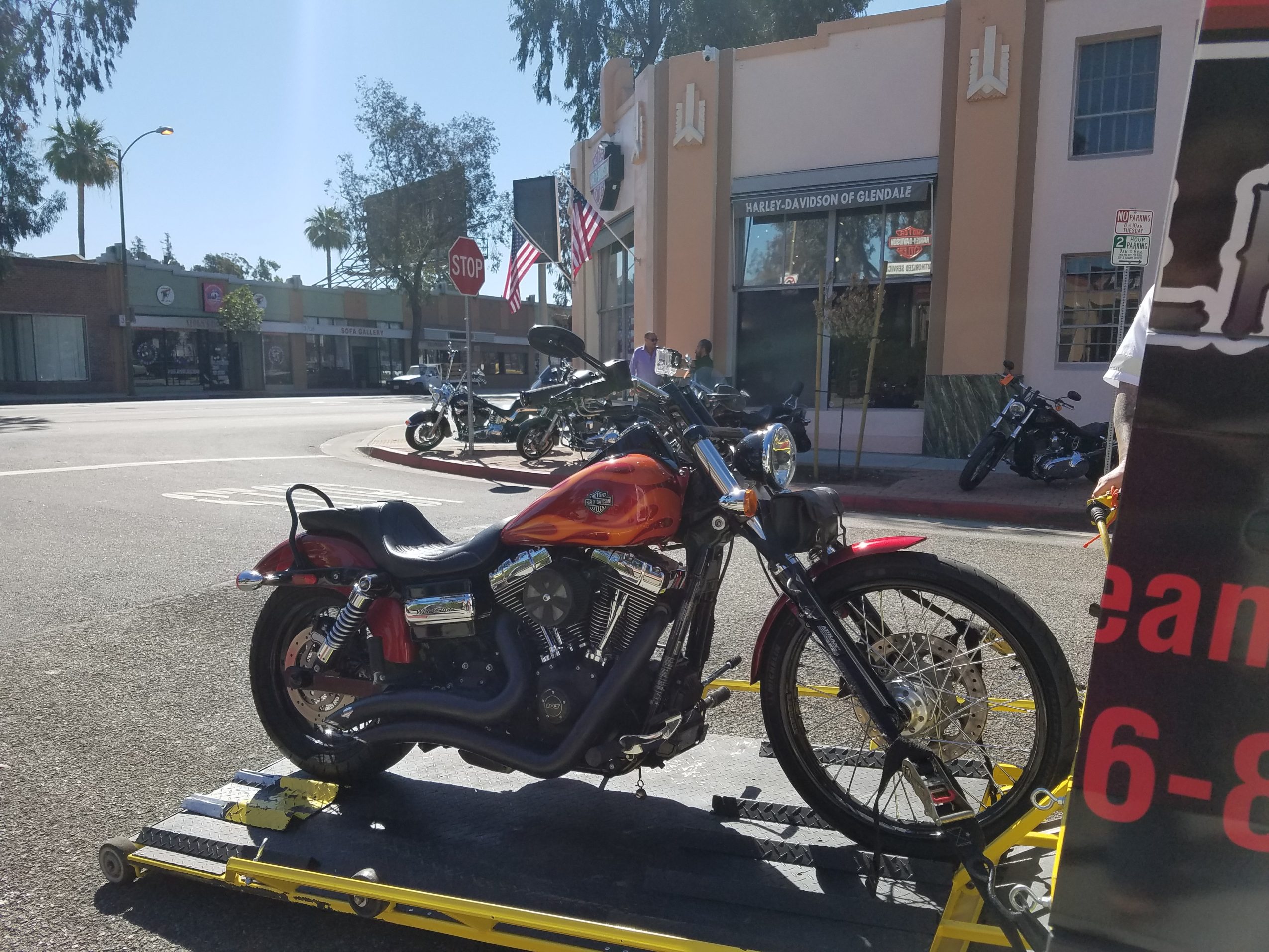 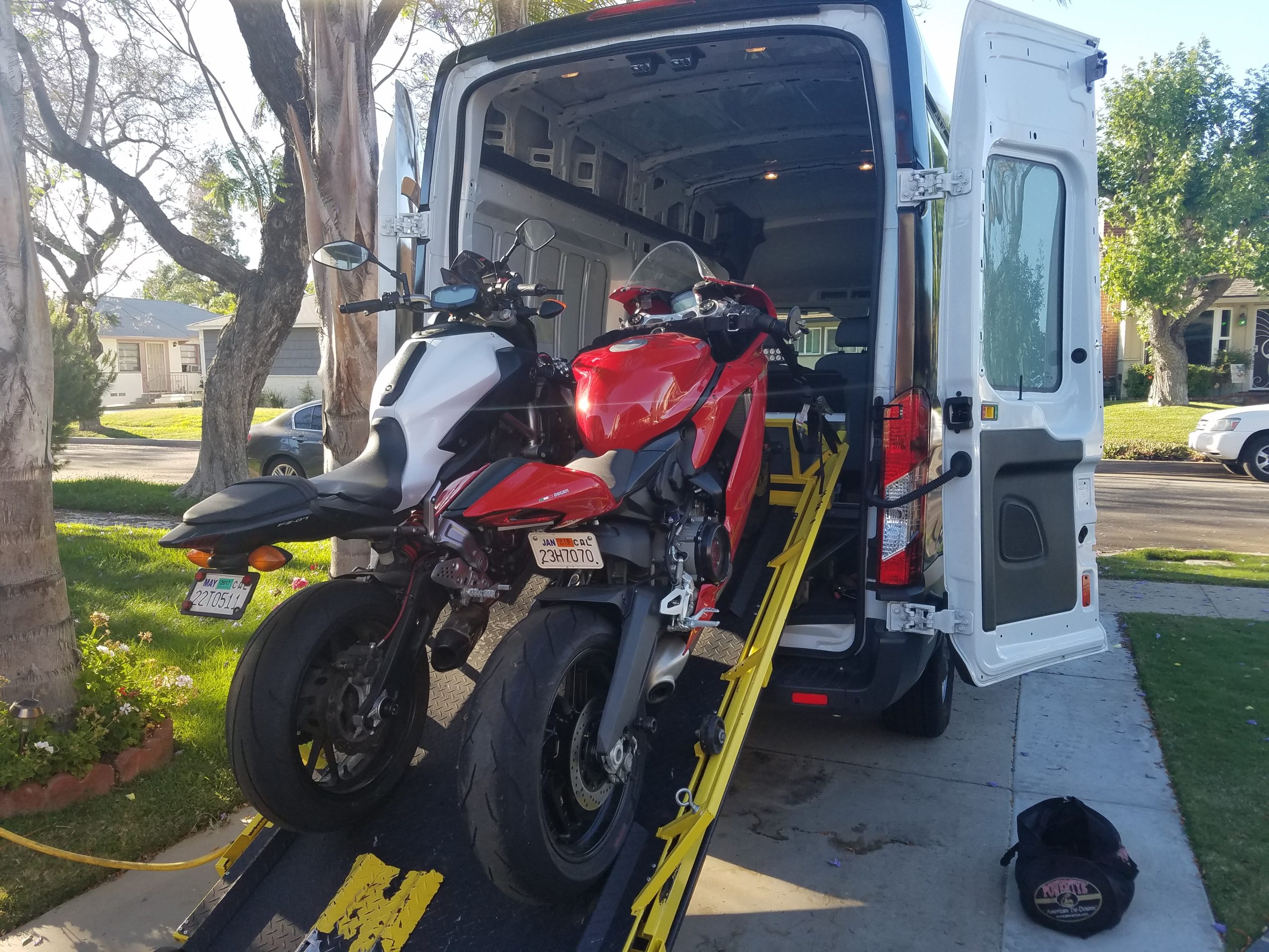 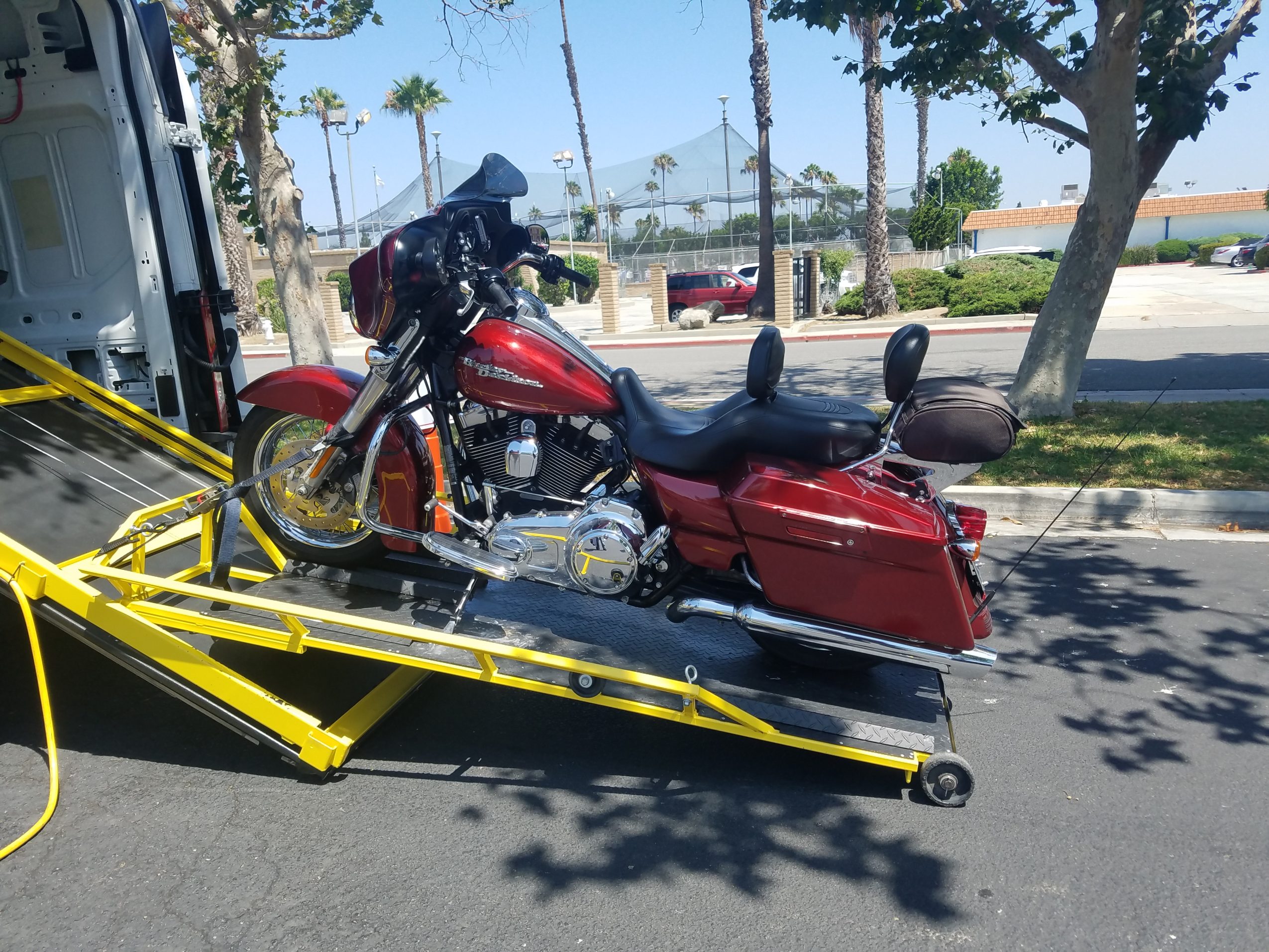 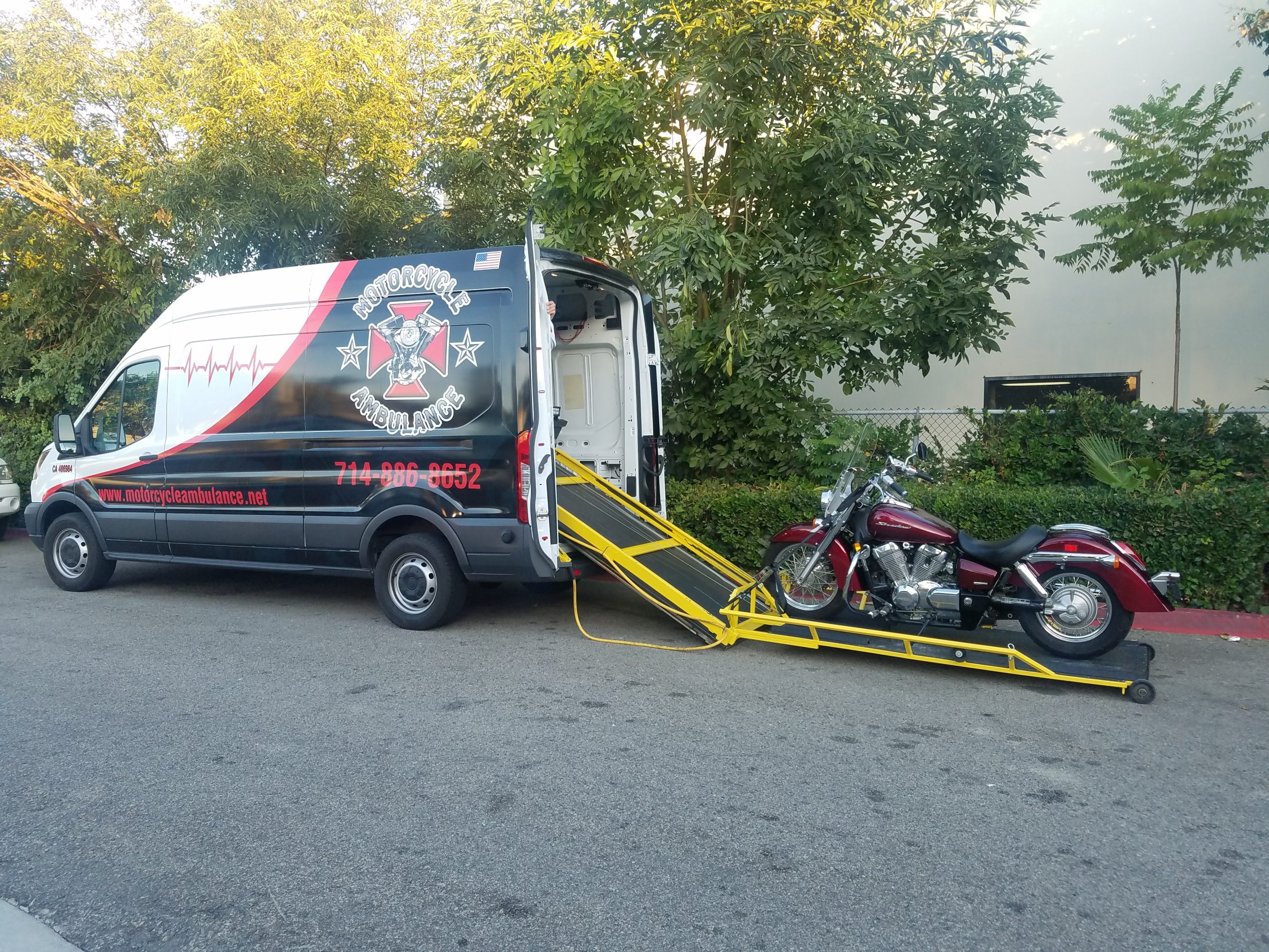 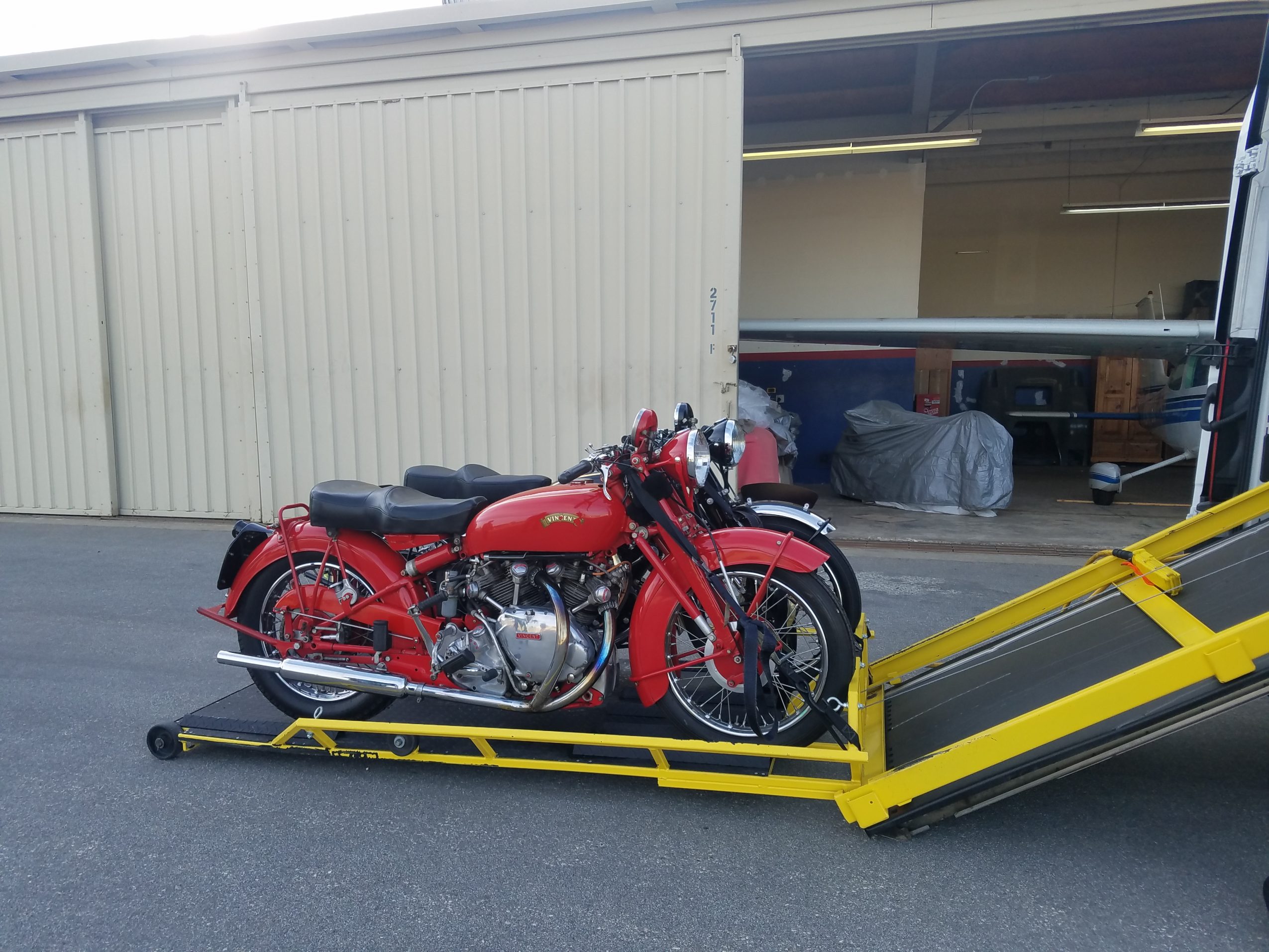 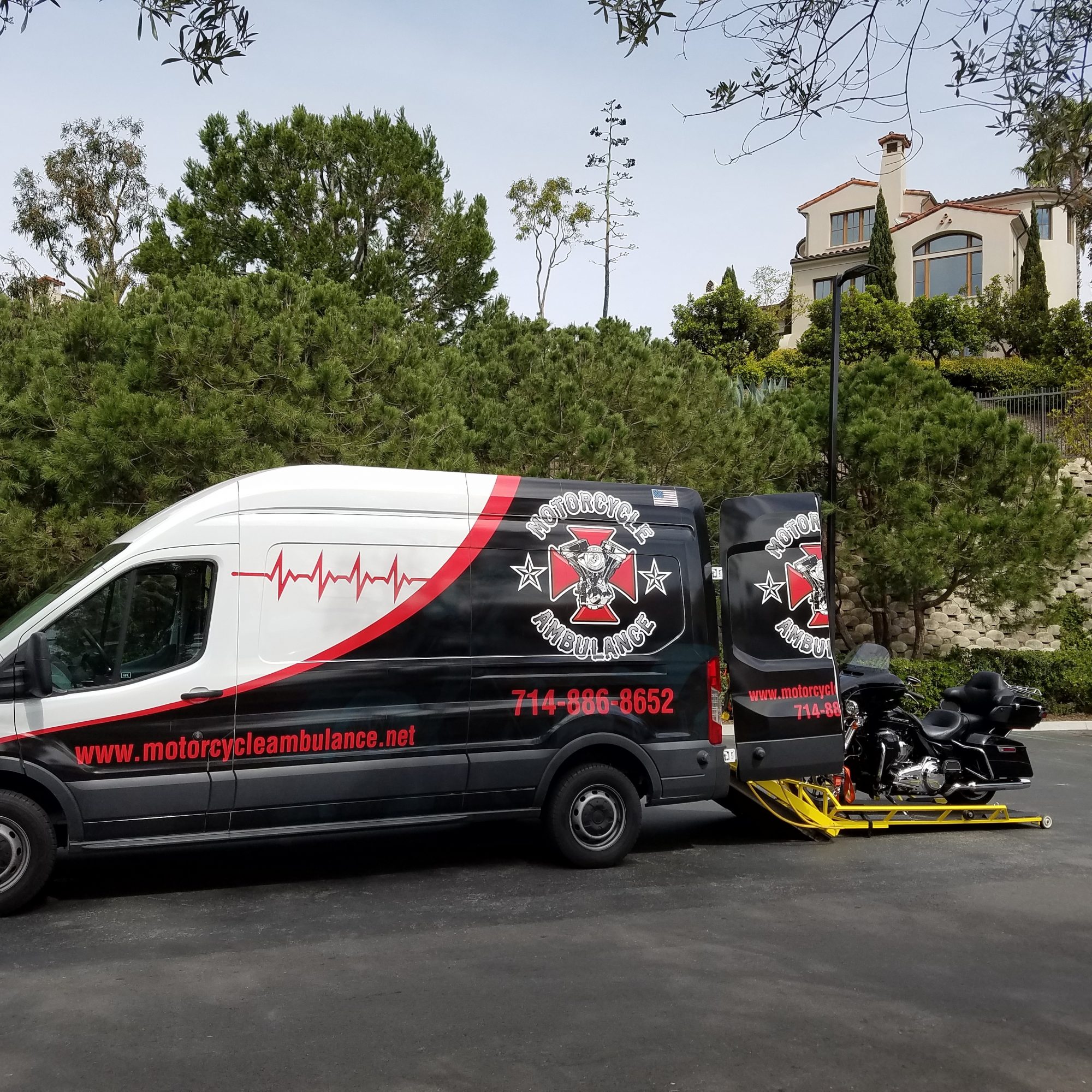 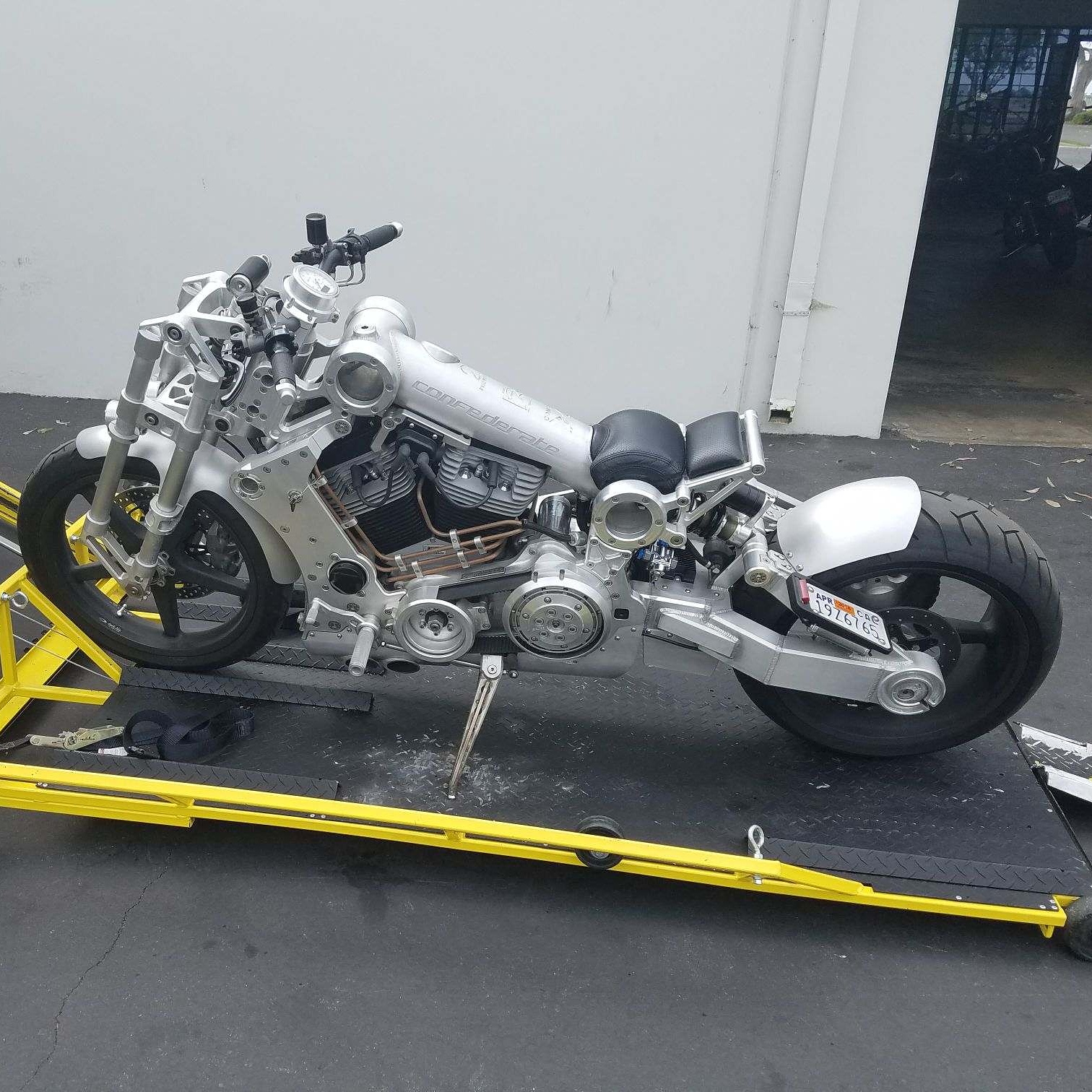