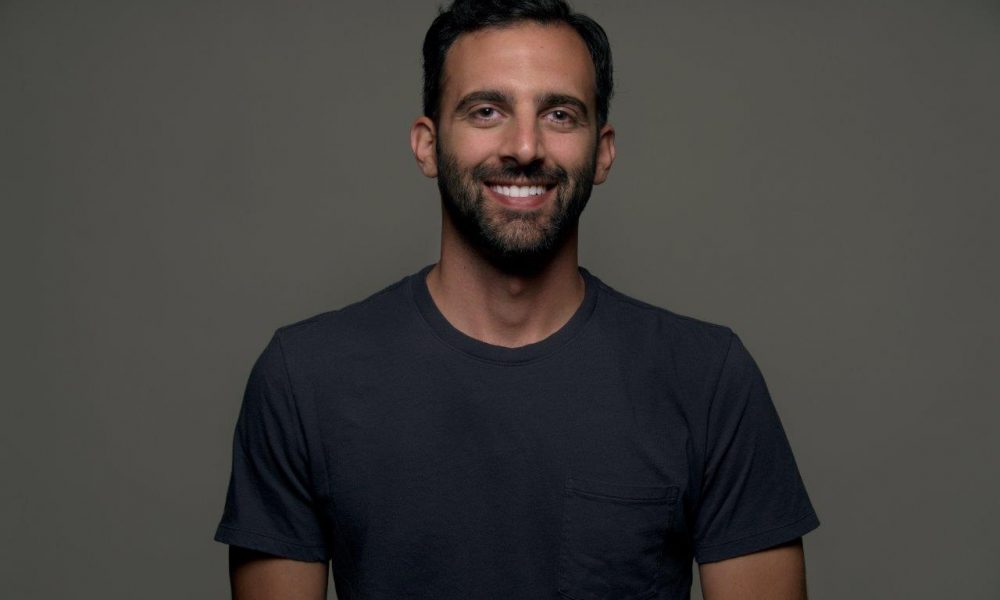 Today we’d like to introduce you to Dan De Lorenzo.

Dan, please share your story with us. How did you get to where you are today?
I loved movies as a kid – which I don’t think is particularly unusual – but unlike most kids, I was especially obsessed with old movies and classic Hollywood in general. I think I must have been the only ten years old in 1996 with a subscription to American Movie Classics (AMC) Magazine. I would seek out classic films wherever I could whether on cable or at the local video store. Then I remember one night flipping the channels and a black and white image caught my eye, but it wasn’t a movie, it was an old television show and I had just discovered Nick at Night. I would watch everything from Mister Ed to Bewitched, but my favorite show was I Love Lucy. From then on out, I knew I wanted to get to Los Angeles to make television.

L.A. was a long way from the New Jersey suburbs, but I did what I could. In high school, I started a local TV show that would air on the public access channel, and then at 18 I moved to New York City to study film at the School Of Visual Arts. Once in New York, I began working in the industry immediately as an unpaid intern or a Production Assistant. I PA’d on everything from a movie called Half Nelson to Gossip Girl. I also worked jobs in the art department, grip and electric department, and production office–anything to be on or near a real set– all while making my own sketches and shorts with friends that we’d post online. After graduation, I worked for a few years in reality TV (including, regrettably, several seasons of The Celebrity Apprentice) before luckily landing some work at CollegeHumor. Right around that time, my comedy partner and I had made a “viral” trailer parody video called “Man Without A Facebook” that was nominated for a Webby Award, which we ironically lost to CollegeHumor. That ultimately led to CollegeHumor taking a chance on me as a director. I also began directing at The Upright Citizens Brigade (UCB) where I was able to collaborate with some of the most talented comedians in the city.

After ten years of hustling in New York, I was offered a job at BuzzFeed in their Los Angeles office as a writer and director. Within two weeks, I was living in Hollywood and had coincidentally rented an apartment one block away from what was once Desilu studios, where the I Love Lucy episodes I’d seen a hundred times as a kid were filmed over 60 years ago.

I stayed at BuzzFeed for a few years where I was able to work with some incredible people. I got to travel the country making videos that were seen by hundreds of millions, but eventually decided it was time to move on. Currently, I’m a freelance director working on commercials, branded content, and scripted digital series.

We’re always bombarded by how great it is to pursue your passion, etc – but we’ve spoken with enough people to know that it’s not always easy. Overall, would you say things have been easy for you?
It’s mostly been a lot of fun, but it definitely hasn’t been a smooth road… and it continues to not be a smooth road to this day! Starting out, I was working on projects for little or no money for 12 hours a day, driving trucks through Manhattan or locking down streets for filming. For the record, New Yorkers do not like to be told that they can’t walk down the street. I have been called every name in the book at all hours of the day and night in every kind of weather.

Freelance work is also inconsistent so you never quite know where your next paycheck will come from. You just have to trust that the next job will come along, and sometimes that means taking some less-than-desirable gigs.

Also, this is a competitive industry full of a lot of talented people. In my experience, I’ve found that if you show up on time and are generally pleasant to be around, you’ll always get the job over the talented person who’s a jerk.

Also, if your ultimate goal is to be a writer/director/actor, you have to continuously practice your craft – even if you’re not making a living at it yet! I would direct comedy sketches or music videos for anyone who asked, in my free time whether I was paid or not. More often than not, it would actually cost me money! This advice is probably trite, but the more things you make, the better you get. Then when an opportunity finally does come along, you’ll be prepared and all those years of freebies will have paid off.

We’d love to hear more about your work and what you are currently focused on. What else should we know?
Writing and directing scripted comedy has always been my passion and what I think I’m best at. However, over the years, not everyone has exactly been knocking down my door to direct comedy, so I’ve had to become adept at other styles. For example, while at BuzzFeed I co-created a series of branded videos for Purina called ‘Puppyhood’ that went viral and got something like 80 million views. That series happened to star a very cute puppy, so then I suddenly became the go-to guy for dog commercials. Directing live animals requires a level of monk-like patience that I never thought I was capable of.

Another style of video that I found myself directing was “unscripted”, or “reality show” style videos. This is where we cast the talent in a predetermined situation, but there aren’t necessarily any lines of dialogue written. The best example of this would be a series of videos I did with The Try Guys at BuzzFeed. Although it wasn’t scripted TV, I found it was still always best to approach each video as a story with a beginning, middle, and end. Those videos were so successful because we always made sure that each of the guys had his own well-developed character with an arc and very specific point of view, even if it was just a 10-minute video.

When I’m directing for clients or brands or anything that’s not my own personal project, I always try my best to help them realize their vision while also putting my own personal spin on it – and hopefully injecting a little humor into it as well.

So, what’s next? Any big plans?
Business-wise, last year I started a production company with two partners called Coconut Grove Pictures, named after the 1940’s Hollywood Nightclub (of course). We’re a full-service production company that can handle everything from creative development to post-production. Currently, we’re doing a lot of digital and branded content work, but we are hoping to develop projects for film and TV in the future as well.

Personally, as a director I’m hoping to make the leap from directing digital series to directing episodic television. 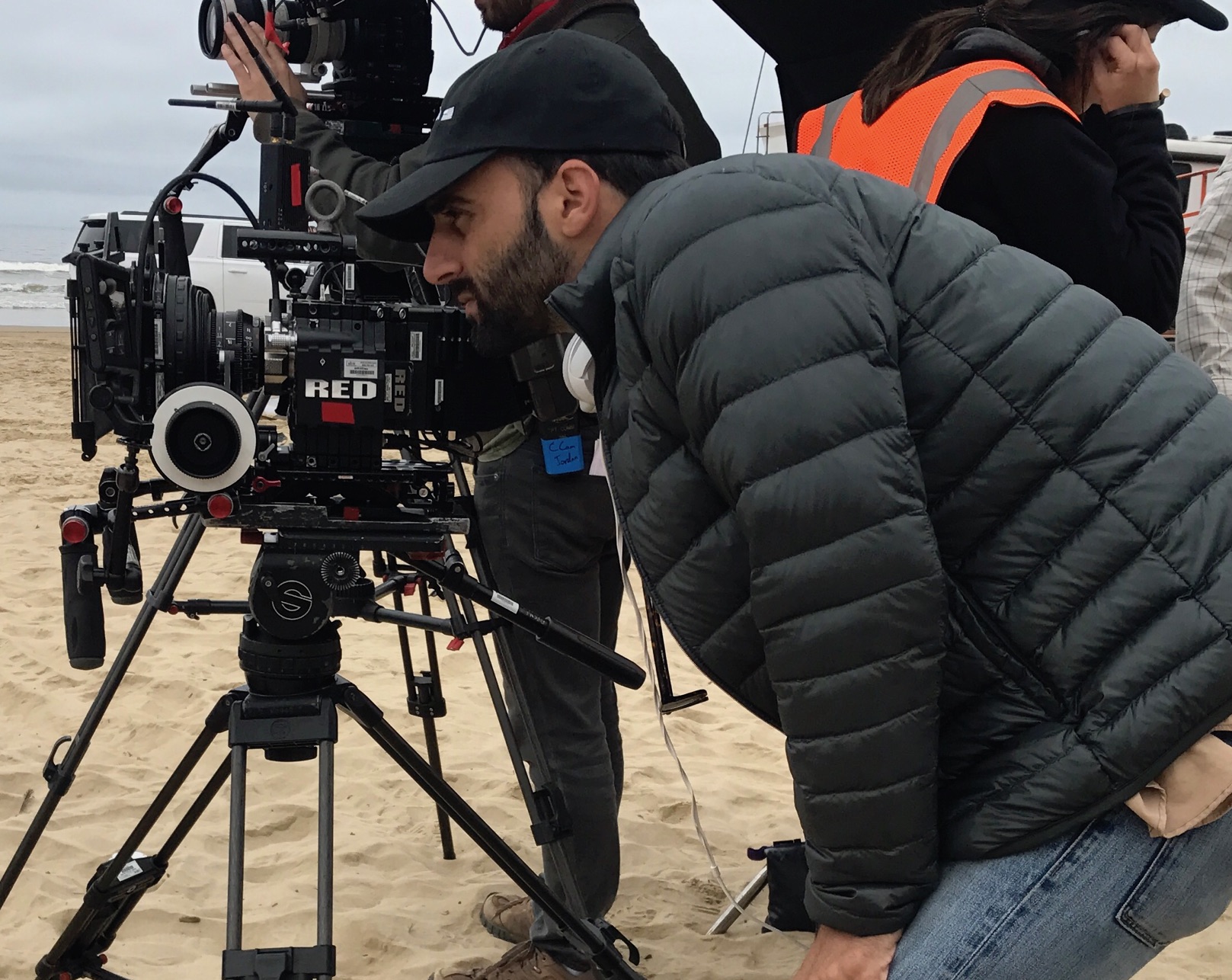 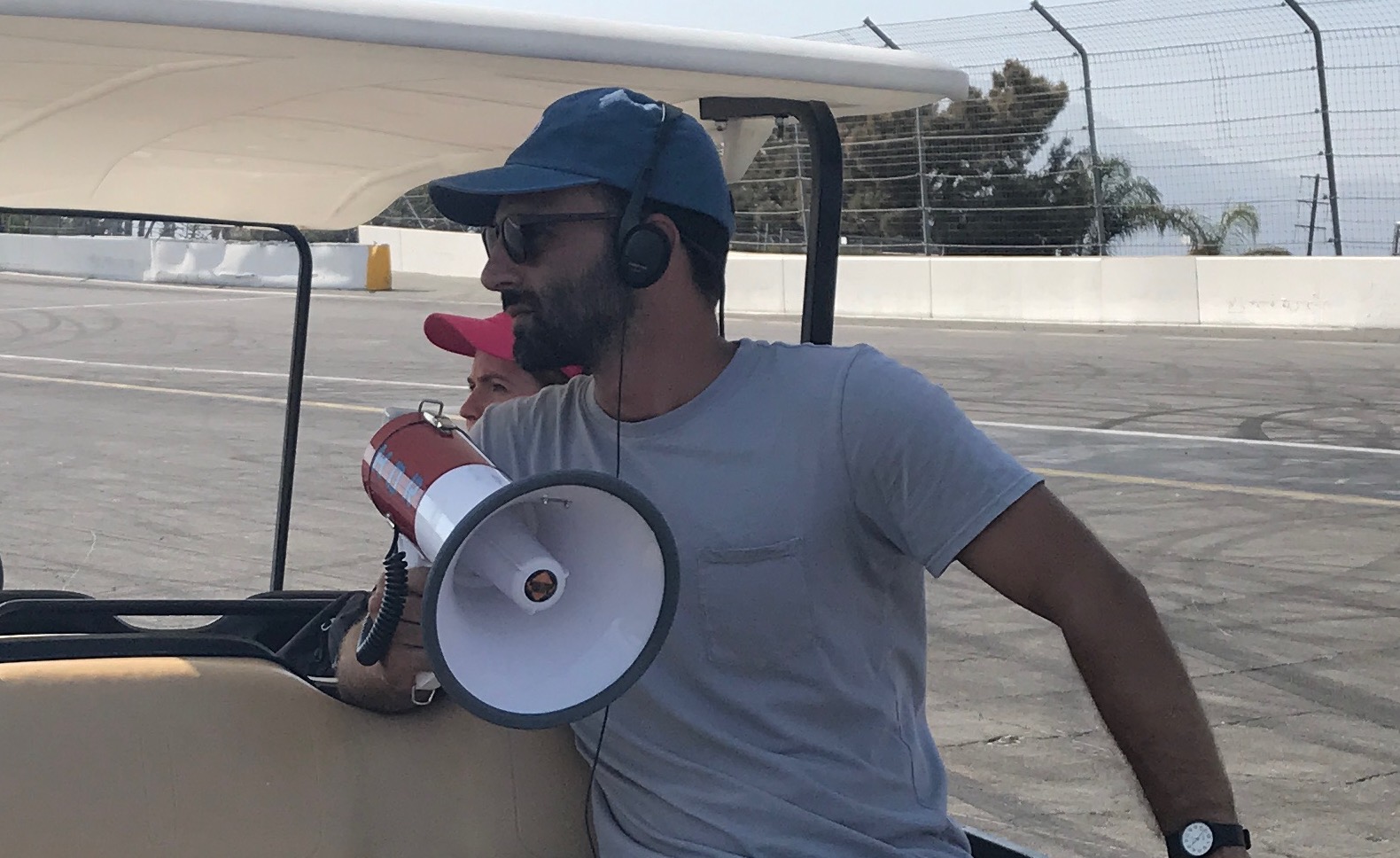 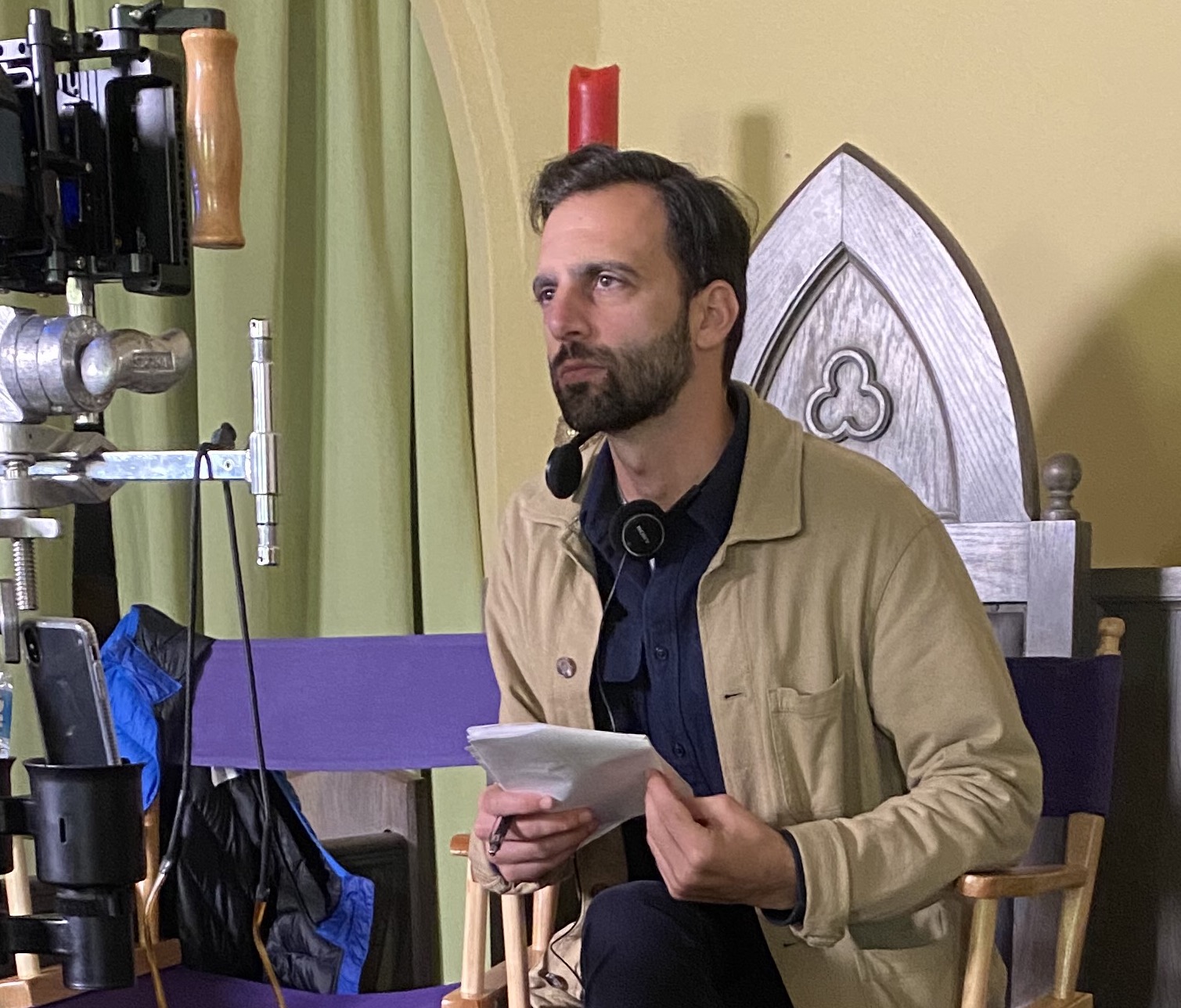 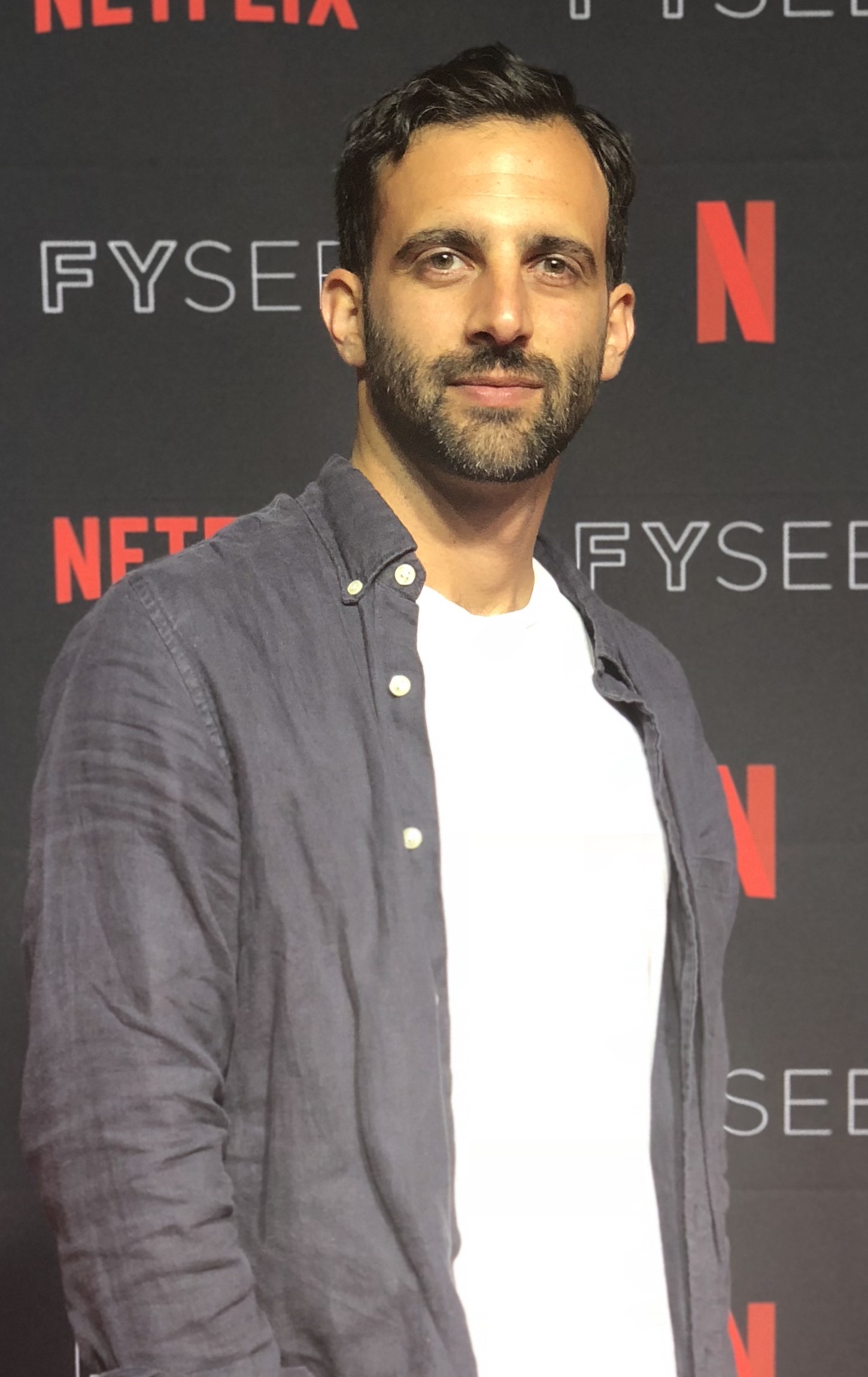