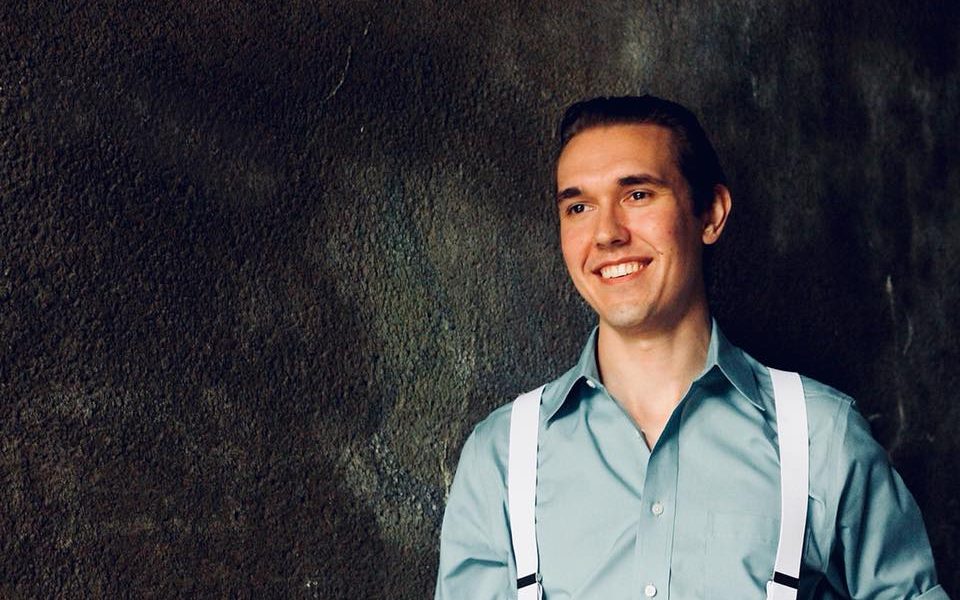 Today we’d like to introduce you to Dallas White.

Dallas, can you briefly walk us through your story – how you started and how you got to where you are today.
It all started at Brunswick High School in Brunswick, Maryland where I started taking theater. It was one of those things where I thought it was interesting and creative, but never thought of it as a career; more so, like a hobby. At that time, I enjoyed the backstage work and set workshops. Even though I performed in our Spring musical, “High School Musical” freshman year and performed during a dinner theater titled, “Addict,” my performing primarily came from magic tricks. I was soon known as the “Magic Boy” at my high school. I never thought of myself as a popular kid but here I was on the Homecoming Court and elected Vice President of my senior class. So I guess I left on a good note.

Frederick Community College was next. I knew I didn’t want a degree, however, I still wanted to get back into acting classes. One class in particular that catapulted my mindset for acting was with Jeff Keilholtz. I never thought acting could be so in-depth and as mentally embodied as it was. I was taught the Lee Strasburg method, an acting technique to create emotional experiences from my own life. One of our homework assignments was to go home and drink a cup of coffee or tea; a hot beverage; to then be revisited at a later class by imaginary senses. Doing so, we could feel the steam and heat while holding our imaginary mugs. It was incredible. While taking acting classes, I did one year of radio broadcast as a producer and on-air personality in the Frederick County, Maryland area.

After some college, I went out on a journey, to start getting on movie and television production sets. The easiest way to do so was to be a background artist or the unflattering way of saying it, an extra. For a solid two years, I traveled up and down the East Coast living in my car with literally my closet hung across my backseat. I would shower at Planet Fitnesses and sleep in my car in their parking lots. Since they were a 24-hour gym, I felt somewhat safe. I could always walk in to watch TV or just go to the bathroom if needed. One specific time, I actually fell asleep while doing a 10-minute hydro-massage session. I was woken up by a gym staff member two hours later. It was predetermined to happen and so I then went back out to my car to resume my night’s sleep. I met hundreds if not, thousands of people mostly doing the same thing I was doing. You get to a point where you flatline and you’re not improving your career. People do background work for 10+ years. That wasn’t my plan. I auditioned as much as I could while I was in Maryland. I eventually landed multiple roles on true-crime documentary shows on networks like Investigation Discovery, Reelz, Oxygen, etc. I even scored a day player part in Legends & Lies on Fox News Channel produced by Bill O’Reilly.

By 2017, I wanted to start producing and getting more raw content. The short psychological-thriller, “17 Locust St.,” was one of those projects. In 2018, I was nominated for Best Actor at the Pitch to Screen Film Awards at the AFI Silver Theater. The film also got into a dozen film festivals including WorldFest Houston and the Beverly Hills Film Festival. Other film credits include The Baker Brothers, Bad Witch, and The Hope Dealer where I won Best Actor at The NJ Recovery Film Festival. In 2019, I appeared on The Late Late Show with James Corden and later that year launched my own production company, Dallas White Films LLC.

The past few years in Maryland have been a long road juggling my passion and my personal life. Through family struggles surrounding drug addiction and financial hardship, I fell into a depression and anxiety. With advice from friends, I went to one-on-one personal therapy for guidance. I was living with my grandma for almost two years. Movies became a huge coping strategy for me. I would go to the movie theater at least 4-5 times a week, late at night, and just escape fully. My family and I are on good terms and we’ve let the past be the past. I’ve moved on now to focus on my career in Los Angeles at full force. We are all in a great place and I’m excited to the new ventures that follow.

We’re always bombarded by how great it is to pursue your passion, etc – but we’ve spoken with enough people to know that it’s not always easy. Overall, would you say things have been easy for you?
I’d lie if I said it has been smooth. Besides, a smooth road is boring. I’d fall asleep at the wheel. From the countless rejection from thousands of auditions, it makes you appreciate the roles you get even more. I would say the biggest struggle was a constant hold-back. I felt like someone was always pulling the back of my shirt. I needed to eventually realize that I have my independence and no one can stop me so I moved to Los Angeles. Yes, it took time to get there. Back in Brunswick, Maryland, no one seemed to have the same motivation nor the same passion as me. It was very inconvenient. My atmosphere and surroundings were in slo-mo. I needed to climb my way out of my dark days and escape from that area once and for all.

We’d love to hear more about your work and what you are currently focused on. What else should we know?
Besides my LLC, the biggest business is selling me… Dallas White. I’m known as a professional actor. I’m a proud member of SAG-AFTRA.

I’m proud to be in a union of professional actors because I love telling captivating stories. From my experience of escaping and coping through tough times, I want to give that opportunity and service back to anyone who needs it. For someone to reach out and say, your movie or your performance in a role changed my mood for the better. That is the goal.

My education in acting I felt was different and unique. When it comes to acting, I like to revisit real-life scenarios or experiences and make them as authentic as possible on screen. I feel anyone’s mind can make them do certain little ticks that are subconsciously portrayed and that’s what I tend to incorporate in my performances. That’s what sets me apart from most.

What were you like growing up?
I had a wonderful childhood. I remember I was always picking up my mom and dad’s camcorder with 8mm tapes and just recording. My sister and our friends would act out plays and record scenes. We would even set the camera up to the TV, turn the volume all the way down, and pick characters to improv their voiceovers. But at that time, I never realized it was the prerequisite to becoming an actor. In broad terms, I was always creative and wanted to create. 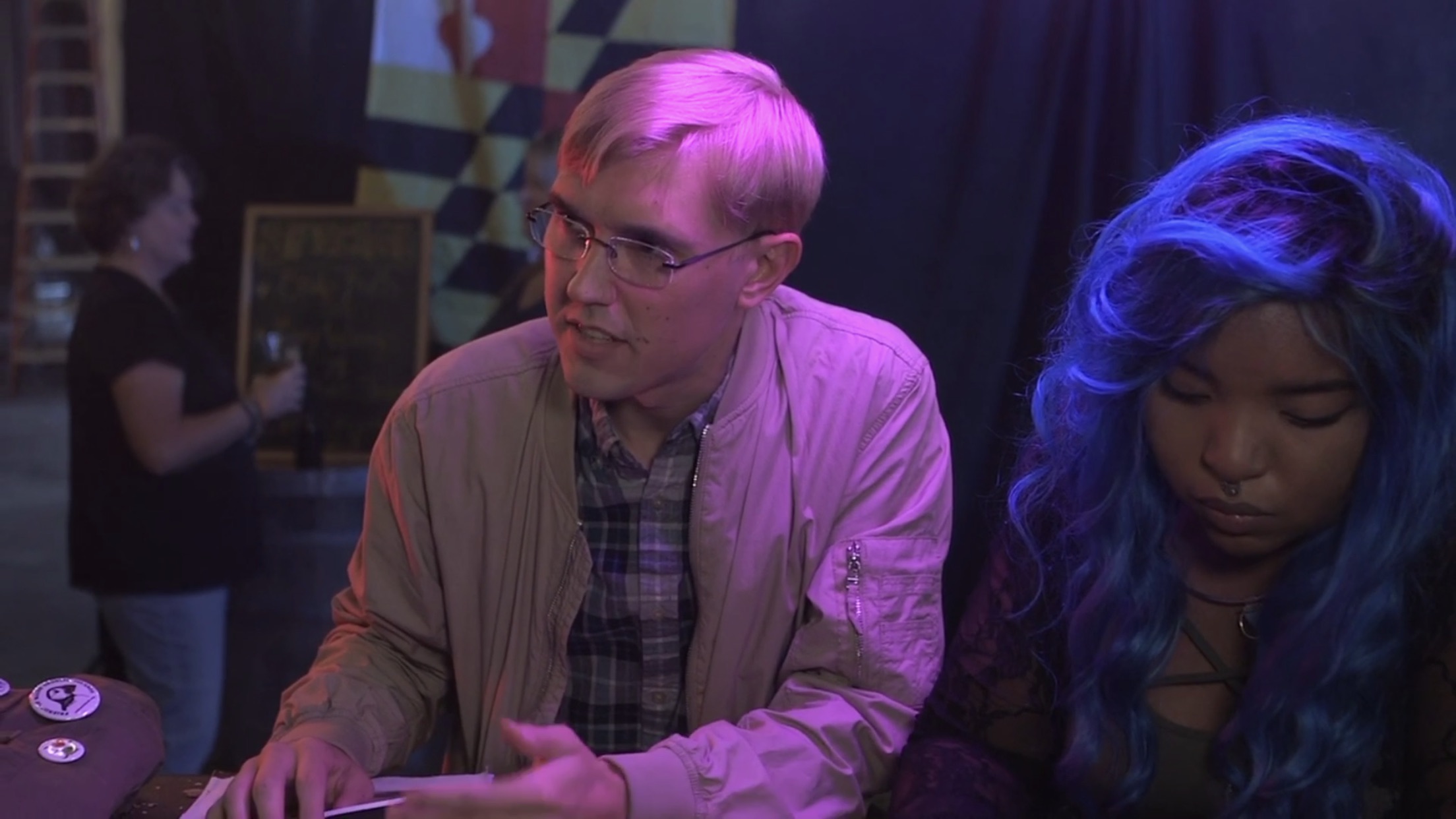 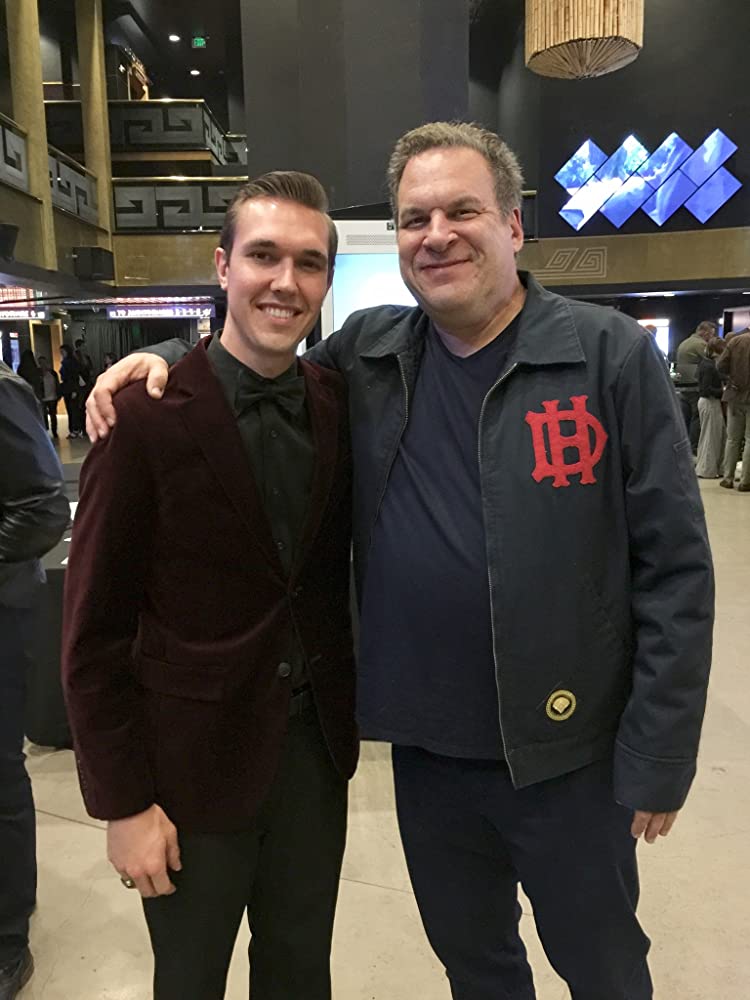 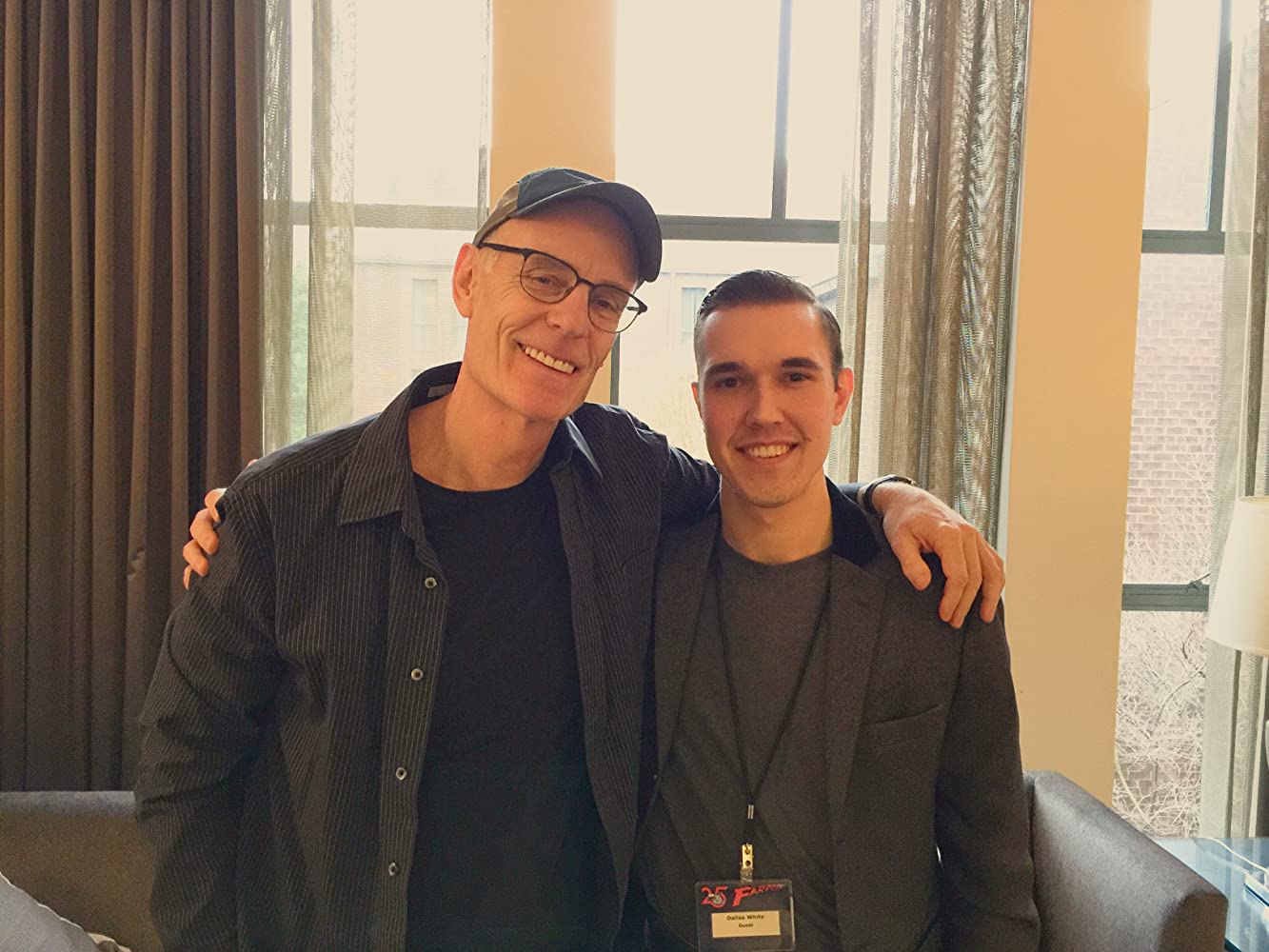 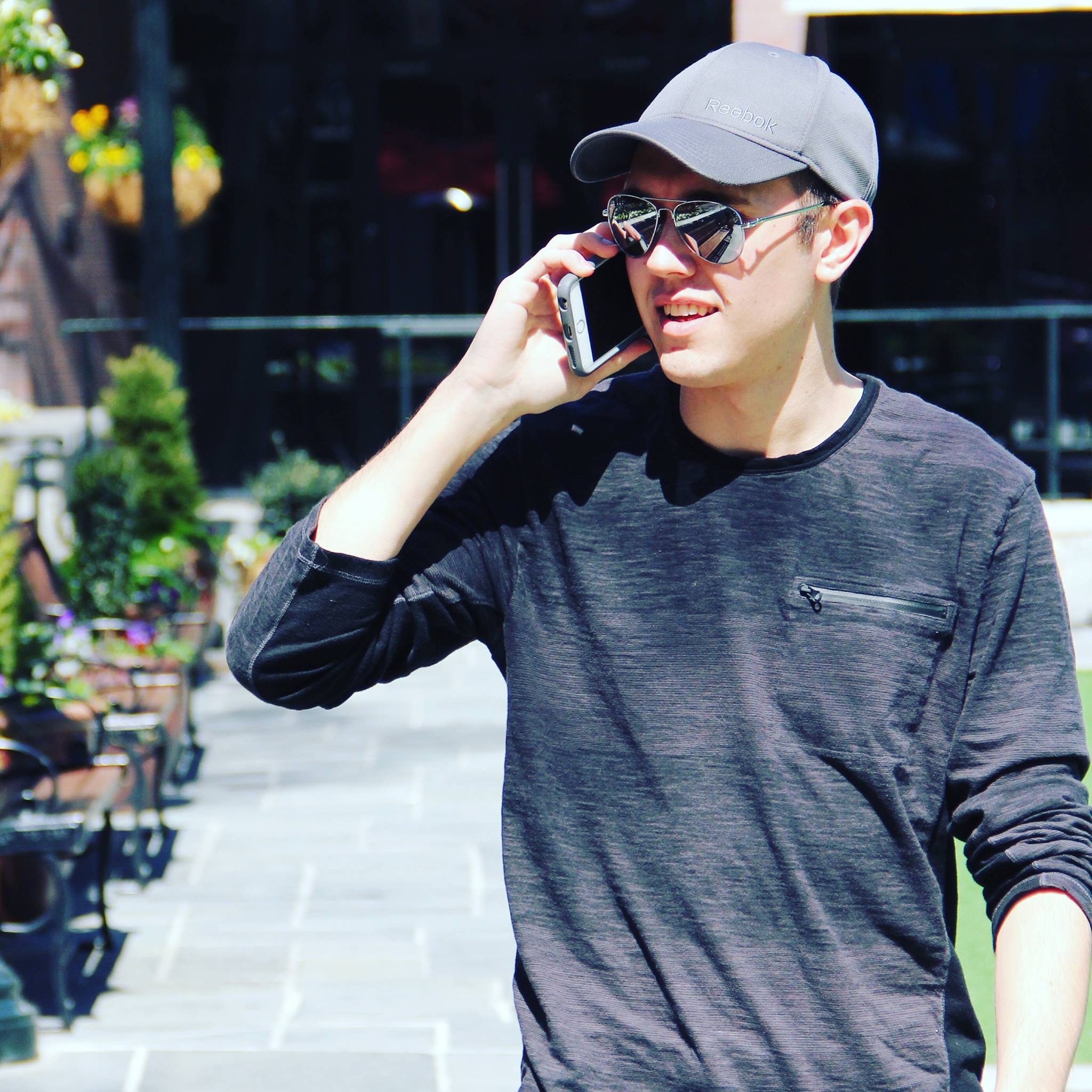 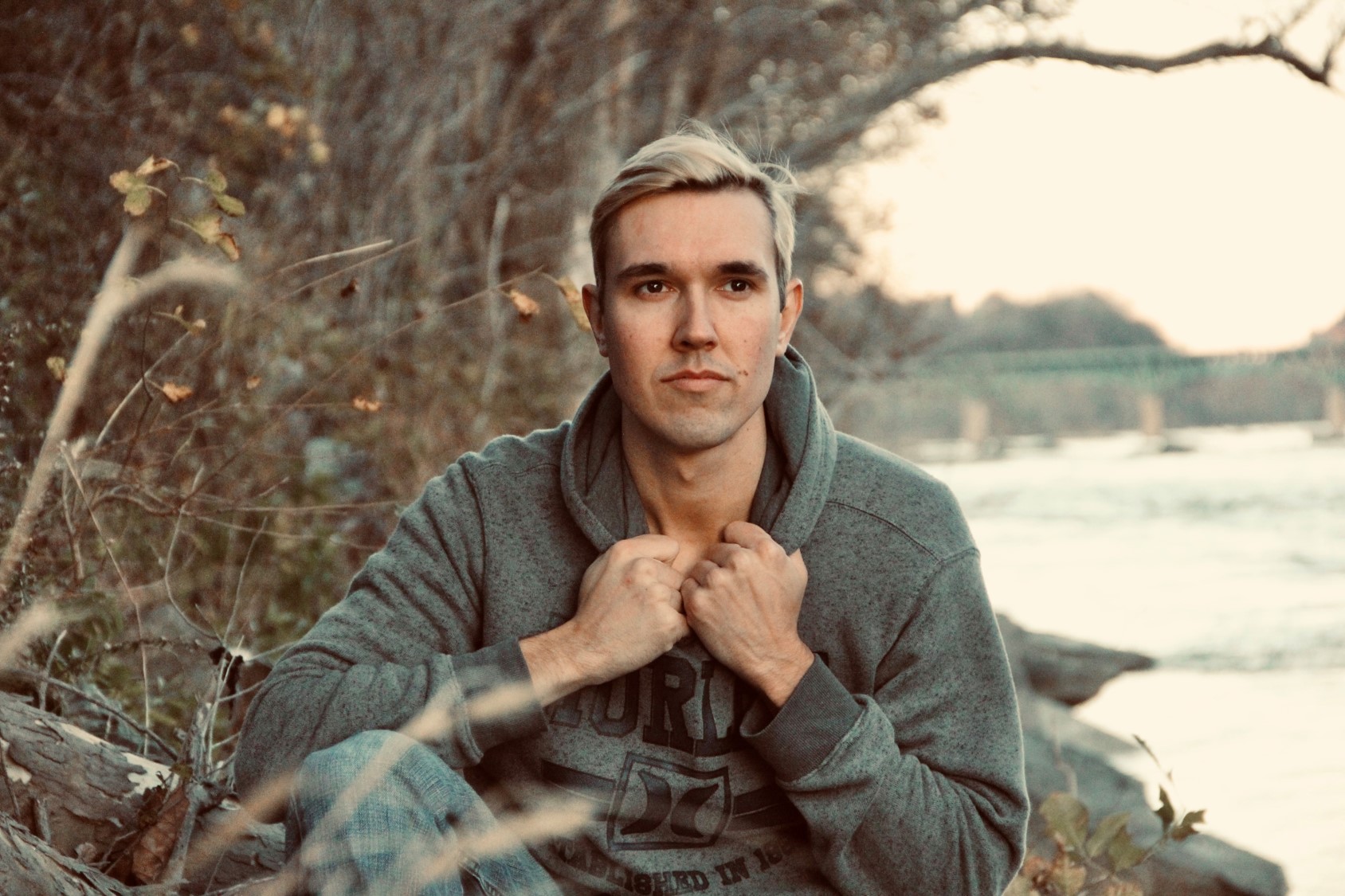