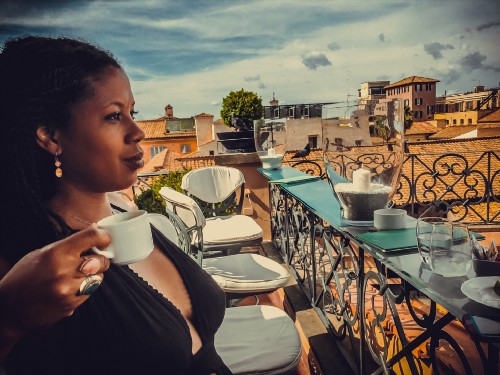 Today we’d like to introduce you to Dalila Ali Rajah.

Dalila, please share your story with us. How did you get to where you are today?
I always knew I wanted to be an actress, singer, and a dancer. I am an only child. I spent a lot of time alone and have a sprawling imagination. I always loved performing and spent a lot of time with adult family. I remember my mom and one of my aunties taking me to a restaurant when I was probably around 7 or 8. I went to the restroom on my own, and on the way back, I ran into a member of the restaurant band setting up for later in the evening. He asked what I wanted to be when I grew up. I told him, and he asked did I know any songs… I knew “Fame” the theme song from the film. Clearly too young to have seen the film at that point but my aunt had it on vinyl, and every time we visited her, I made her play it. He invited me to sing it on stage with the band. Just as my mom is starting to look around for me she looks up and I’m on stage singing. LOL, Their martini’s were on the house for the rest of the night.

I was always creative. I produced my first play when I was only 8 or 9. I wrote a play based on Ms. PacMan and sold tickets for 10 cents to our neighbors. I directed it with me and my cousins were actors… stagehands, set design, everything. Lol.

I told my mom, but she thought I was joking/imagining until the day before the show one of the little old ladies across the street told her she was looking forward to seeing it. I insisted that we have concessions to sell, that I needed a cash register, and to make popcorn. My dad, who was an entrepreneur, took me to get both and we turned the living room into a small theatre.

My family really wanted me to be a doctor or lawyer. They would let me do things like produce that play and perform every Thanksgiving for the family, take acting classes, etc., but this was not their dream for me. I would say, “I want to be an actress, singer, and a dancer” they would say, “Actress, singer, dancer, DOCTOR” lol.

I stood my ground, and eventually they all got on board with my switch from science to theatre. I went to Spelman which is a family tradition, and it also helped that I got an MFA which is the equivalent of a PhD for Actors because it’s our “terminal” degree. Education is HUGE in my family.

I became a union member about a year after I graduated from Calarts, and have been doing my thing ever since. As many are well aware, there were less opportunities for Black actors, so I began to create my own content. I co-created a show called Cherry Bomb which was one of the few shows during that time that started online and moved to TV. There were many full length shows streaming in 2008. We went on to have five successful seasons on Canada’s OutTV. Since then, I produced and written several projects while also acting in several television shows, films, commercials, and theatre productions. I had the extraordinary privilege of performing opposite Cecily Tyson and Blair Underwood in The Trip to Bountiful when it did its last tour. Ms. Tyson is a master class.

Great, so let’s dig a little deeper into the story – has it been an easy path overall and if not, what were the challenges you’ve had to overcome?
No. lol. I’m a brown-skinned Black Queer woman in America who has always had a very big dream, and I choose to embrace creating a big life. In addition, I was a very artistic child that was perceived as “different”, a label that drew a lot of bullying. The rejection can be challenging, but I practice a discipline of shifting my perspective on it. That being said, I really lean into Manifestation/New Thought Ancient Wisdom practices. I have been very very blessed in many ways.

Maintaining drive and persistence in the face of discrimination and oppression isn’t always easy. I often reach for things others may feel would rarely be in the realm of possibility for someone that fits so many labels that have been shut out in the past.

When I started Cherry Bomb I got push back at first. I was told it would never be on TV, that people didn’t want women-centered Queer content, but ultimately we got a deal with OutTV when others couldn’t. I’ve had many content creators who expressed loving my work say they couldn’t cast me because their investors wanted a certain “look” which usually meant white or light-skinned women. There are so many things, but perseverance is the key. My Daddy used to say, “You don’t fail until you quit”.

We’d love to hear more about your work and what you are currently focused on. What else should we know?
I’m an actor, writer, producer… storyteller 🙂

I’m known for acting in film, television, theatre, and commercials as well as writing and producing content.

In addition to touring in the Tony Award-winning production of The Trip to Bountiful with Cecily Tyson, Blair Underwood, and Vanessa Williams, I have appeared in All Rise, How to Get Away with Murder, Grey’s Anatomy, NCIS and Criminal Minds. I also won Best Actress for the leading role in the feature drama Quiet As Kept by Amber Sharp.

I pretty much am my “company” as far as acting and writing. I tell stories in front of and behind the camera. I am a storyteller to illuminate the human spirit and create access to greater compassion for ourselves and others. I think that is why I was called to do what I do. It’s a part of my purpose. Art is a part of my activism.

I’m most proud of being able to shine a light on the places where my different labels intersect. I am grateful my work can open hearts and minds. I think one thing that sets me apart is I can hold grace and fire in a balanced way.

The production shingle that I produce under is fyre faerie pictures.

This is the mission: “It is our mission to tell authentic, delightful, thought-provoking, poignant stories that expand deeper knowing and connection. Our desire to tell stories is deeply rooted in creating delicious ways to open hearts and minds while sparking the fire of introspection. Storytelling is one of the most powerful and digestible ways to create true change that lasts, and we intend to change the world one story at a time.”

Is there a characteristic or quality that you feel is essential to success?
Perseverance and adaptability. 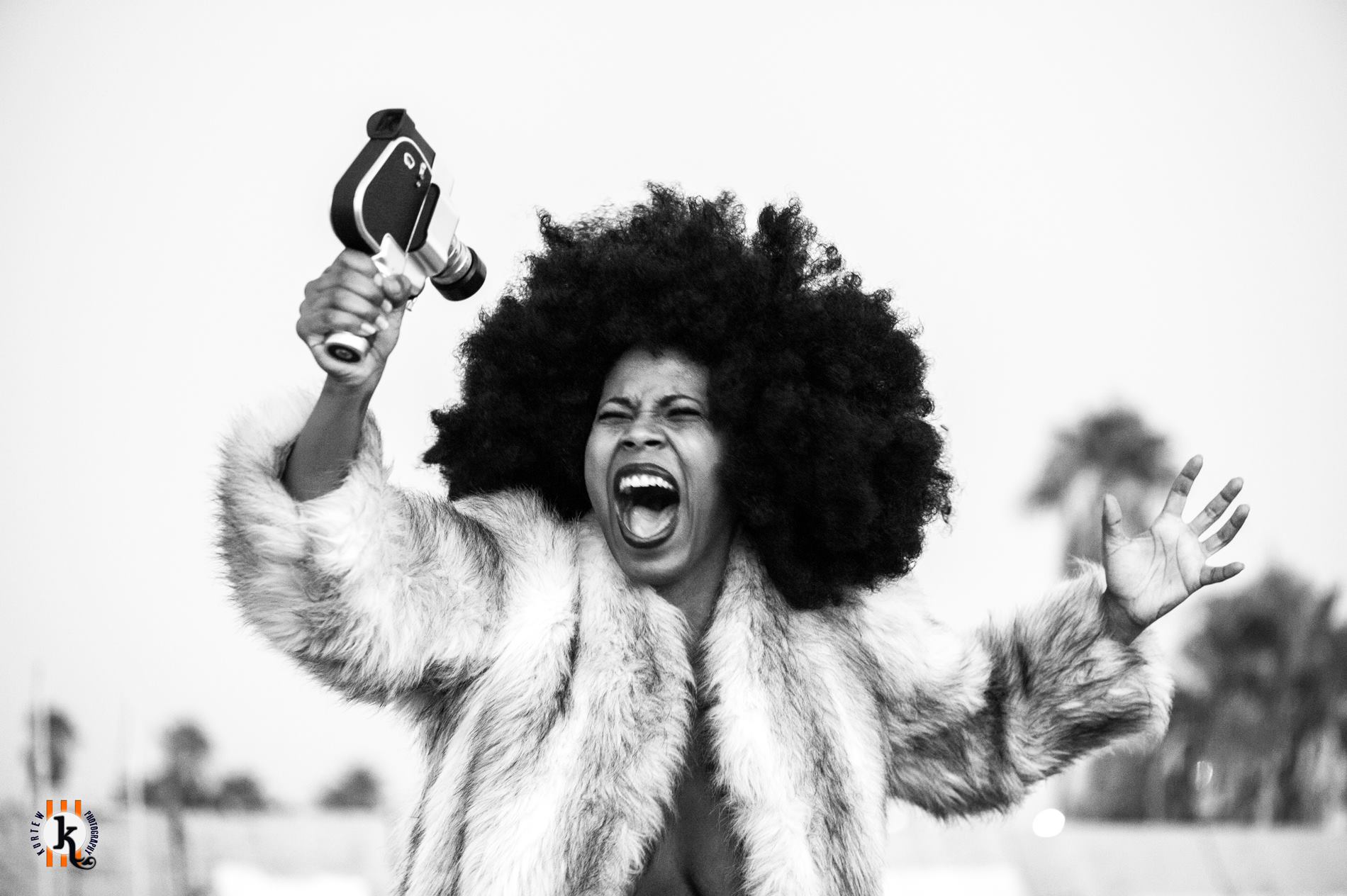 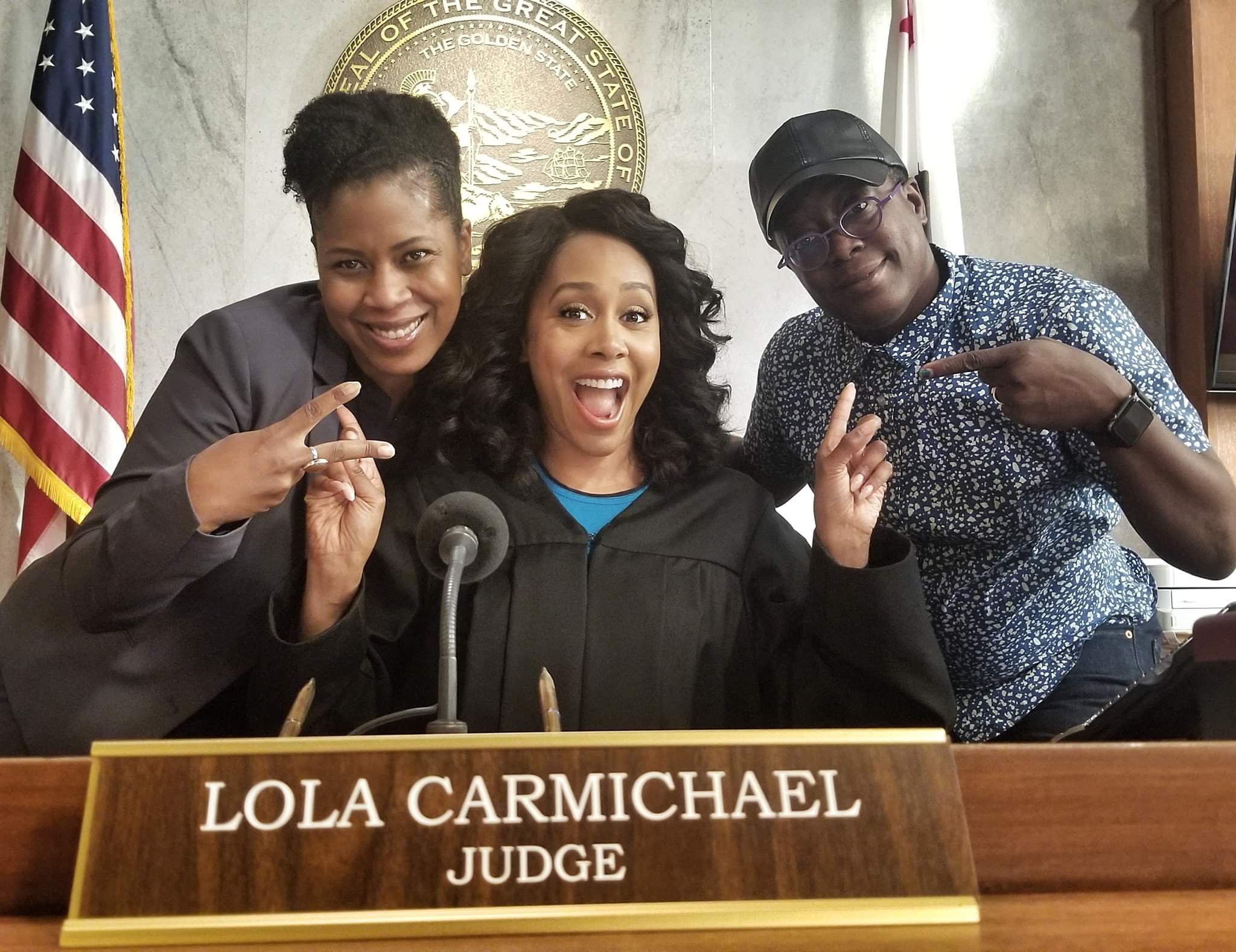 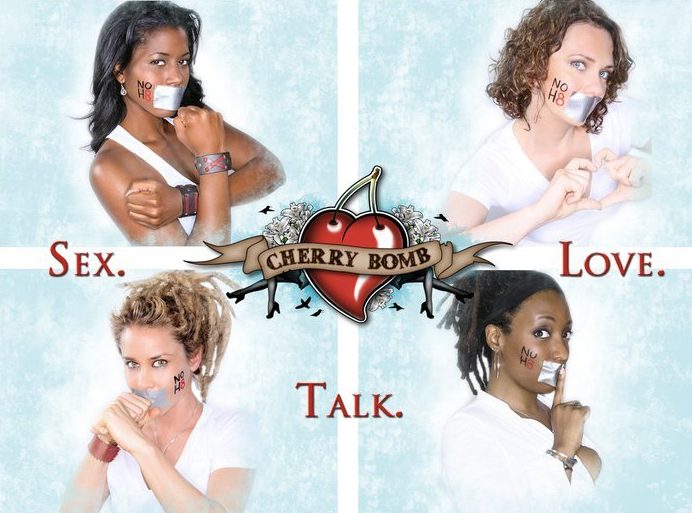 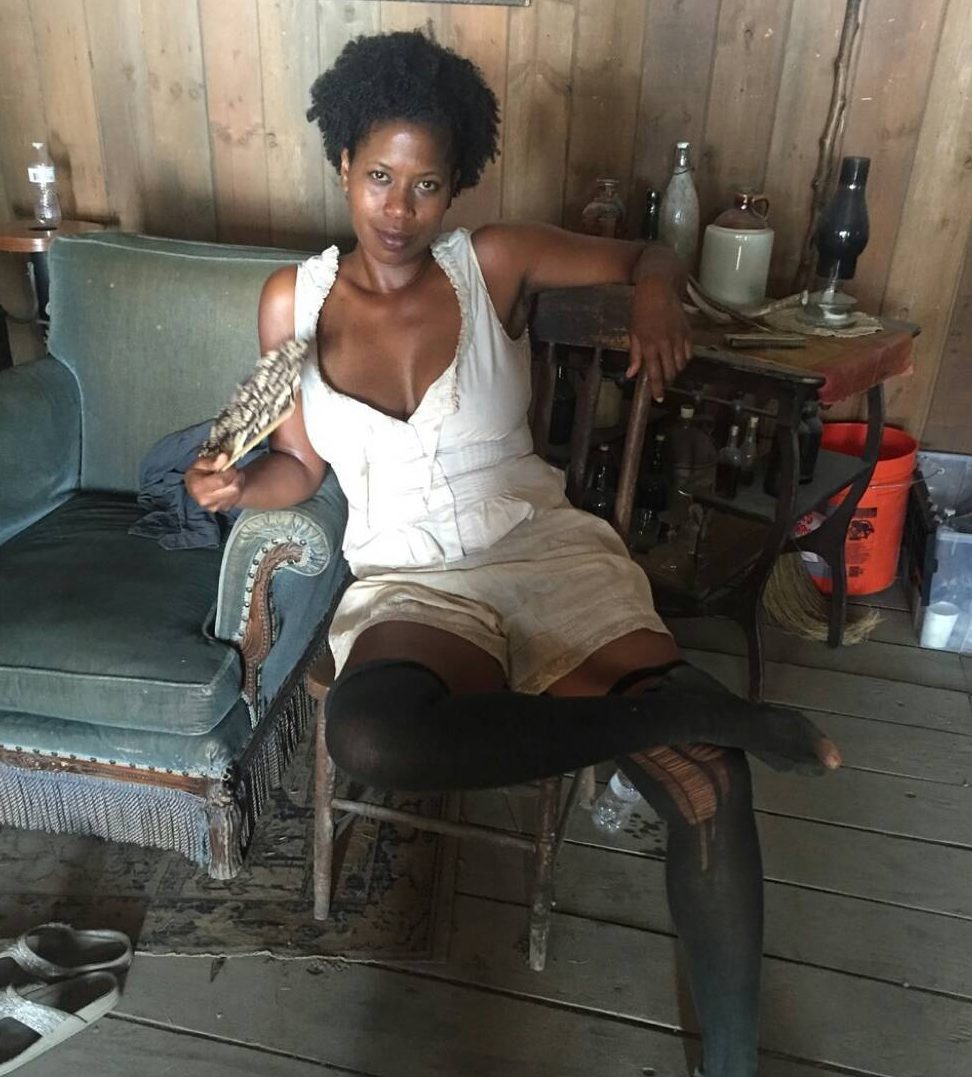 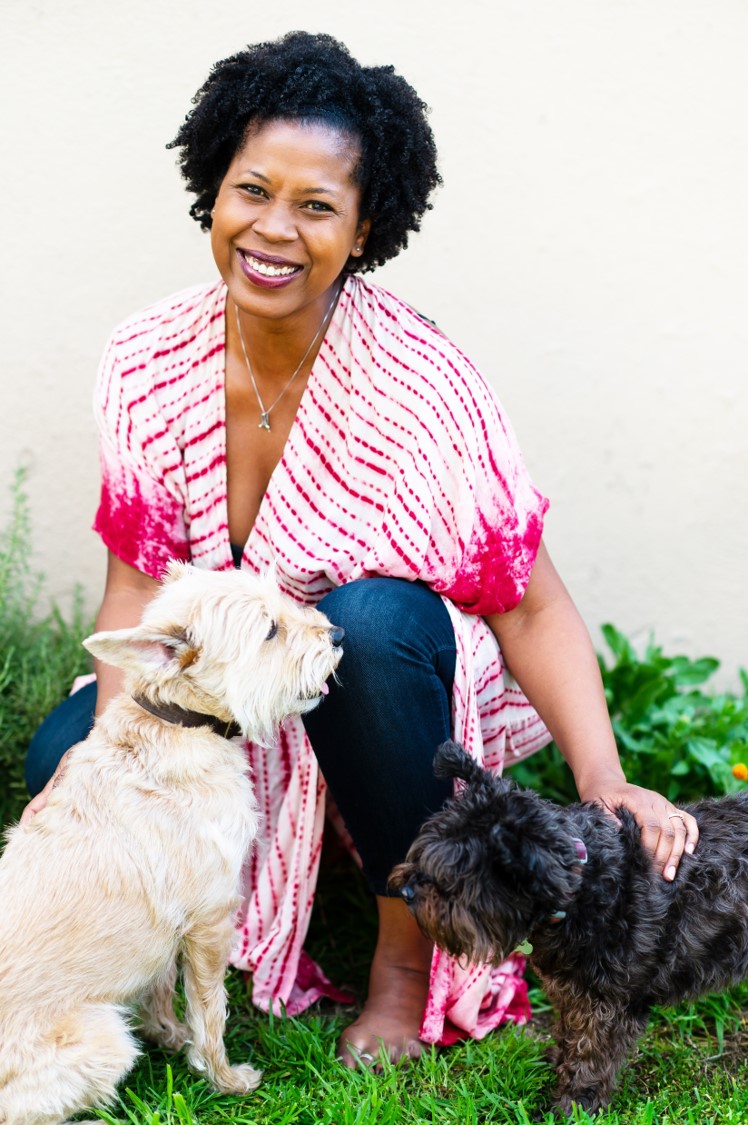 Image Credit:
Both the photo with the puppies, and the the one with the afro and camera; Photo credit: Cornelia “Connie” Kurtew, Kurtew Photography www.kurtewphotography.com