Meet Daisy Flores and Tyler Stokes of Holograph in Hollywood 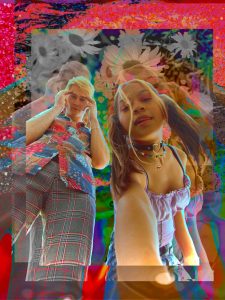 Today we’d like to introduce you to Daisy Flores and Tyler Stokes.

Daisy and Tyler, can you briefly walk us through your story – how you started and how you got to where you are today.
We met through a mutual friend who was getting us together to write a song. We actually ended up clicking really well, and kept a relationship since that day. We pursued a music career separately, but trusted each other along the way with what can be a pretty private process. That went on for a couple of years. There was always something at the back of our minds that suggested we be a duo, but it was always something we thought was off-limits because of how close we were. It ended up being the driving force of why us being a duo makes sense. It’s why anyone being a duo makes sense. You don’t look at Bernie Taupin & Elton John and say, “oh what a good professional relationship.” Not that we’re in any way on their level, but their friendship is why their talents were able to translate so well.

So, we made the choice in August 2018 to do this together. We smoked a joint and came up with a concept for what we wanted to be the first EP. We wanted it to be this disco-driven, emotion provoking dance music. Coming from EDM, it needed to sound big. six months went by, and we had a lot of songs to choose from. Six more months went by and finally we were ready to release it. So, there we were a year later, and we had our first EP out. It was exciting, and it had been a rollercoaster to get there, so we were relieved.

We had the opportunity to play a small music festival, Sequoia Sunrise, for NYE. It was AMAZING. Shortly after, we played another show in Joshua Tree. Live is where we really get to have the most fun. The whole time we just kept thinking, “how do we get back to this faster?” We were having so much fun reliving the songs that we had written a year ago, but there was something missing. That’s when we realized that we had so much more to say that hadn’t been communicated with the concept EP, and that we had to get back to making music that we would be able to connect with forever.

So, we went back to the drawing board, essentially. We agree that we never want to feel like we have to repeat a certain sound or feel. Each time we sit down to write, it’s a fresh start. Making whatever we FEEL like making is our rule. So, there was no concept this time around, no pre-conceived ideas. The only thing we wanted to come across was that we were telling the truth, no matter how weird it might sound.

We’d been writing a lot, and taking in what had been happening around us. Then, COVID-19 happened. And it pretty much flipped the whole world upside down. We always say this, because it’s painfully true, we’re both super sensitive people. So, the whole world going through this was pretty heavy for us. At first, it was hard to write during the lockdown, but of the blue, we had ‘How to Be Wholesome’. It was one of those songs that came together in a day. The following week, we decided to shoot a music video.

LA was still under lockdown, so there wasn’t much we could do. The song was about our struggles with the whole scenario and what it brought to light, so it was only fitting that our video was simplified to walking through the shut-down streets. Yes, we were safe while filming it, ha-ha.

‘How to Be Wholesome’ was the first time we had a video and a song out together, and we love the feeling. Thinking back to us releasing our concept EP a YEAR after it had been written. Ouch. Don’t think we’d ever like to do that again. Right now, we’re all about releasing a song as soon as we want to. Still under lockdown, and with the protests, the whole country is in a weird phase right now. It’s hard to predict how the music industry is going to look after this, because it’s been hit so hard by the pandemic. We’re just trying to take it a day at a time. Our lives have been turned inside-out, but we’re adapting. That’s all there is to do!

We’re always bombarded by how great it is to pursue your passion, etc – but we’ve spoken with enough people to know that it’s not always easy. Overall, would you say things have been easy for you?
Absolutely not. There was a lot we had to learn about how we communicate as songwriters, and that’s actually been one of the toughest parts. You have to have a lot of cajones to tell your story honestly. You’re always going to worry about what people think, that’s human nature, but once you put it in a song and release it there’s nothing you can do. Someone will hear it. That’s scary and empowering. We’re learning how to deal with that.

We had so shed a lot of “old” in order to get to where we are now. As much as an artist can blame the industry, or the game, or the outside world, there’s a lot to realize before you get to solid ground. This is not an overnight-success kind of field. I don’t know if there is one, anywhere. The biggest struggle for us is being patient. We’re hungry and passionate people. It’s a numbers game to the labels. It’s a creativity game to the audiences. It’s a tough industry to crack, for some good and not-so-good reasons. That doesn’t mean we’re thinking of giving up, though.

Holograph – what should we know? What do you guys do best? What sets you apart from the competition?
Holograph, to us, is like a diary book. Told you we’d say it again; we’re pretty emotional people. Our music can’t help but be a reflection of that. We’ve recently started to be more open about our personal struggles with anxiety, depression, and mood swings. It’s something that can be seen as a weakness to some people, but we’re trying to make it a strength. If what we can count on is uncertainty, then we can channel that in our music somehow. That’s one of the reasons why we stick to making whatever we WANT to make. We don’t sit down and go, “oh let’s make a dance track.” It’s very much like, “ok, how do I feel today?”

We’re also trying not to be afraid of certain topics, like drug use or self-destructing habits. It’s a delicate topic, because we’re not trying to promote anything, but we just have to talk about it. It’s a part of us, and this is a reality of our lives so what else is there to do? Make a song about being “flawless” and living our “best lives”? Um, no. That’s just not real. But don’t get us wrong, that doesn’t mean that all of our songs are sad or low-energy. It just means we’re going to talk about what we need to talk about and how we want to talk about it. Don’t. Give. Us. Rules.

So, what’s next? Any big plans?
We are so looking forward to playing live again. This might mean tuning into us on Twitch live for a while, but it’s still a live show to us. The industry has changed, there’s no doubt about it, but we’re excited for whatever adaptations we’ll have to make. This shit is just fun for us regardless, that’s why we do it. And, of course, releasing new music!!! 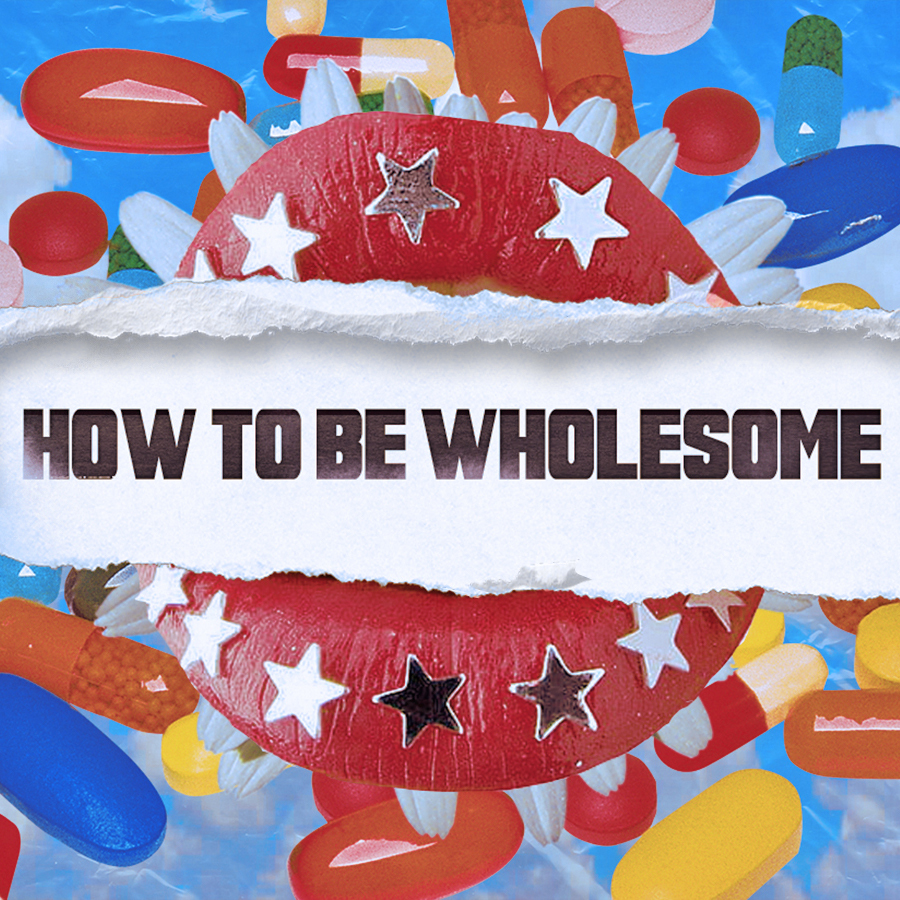