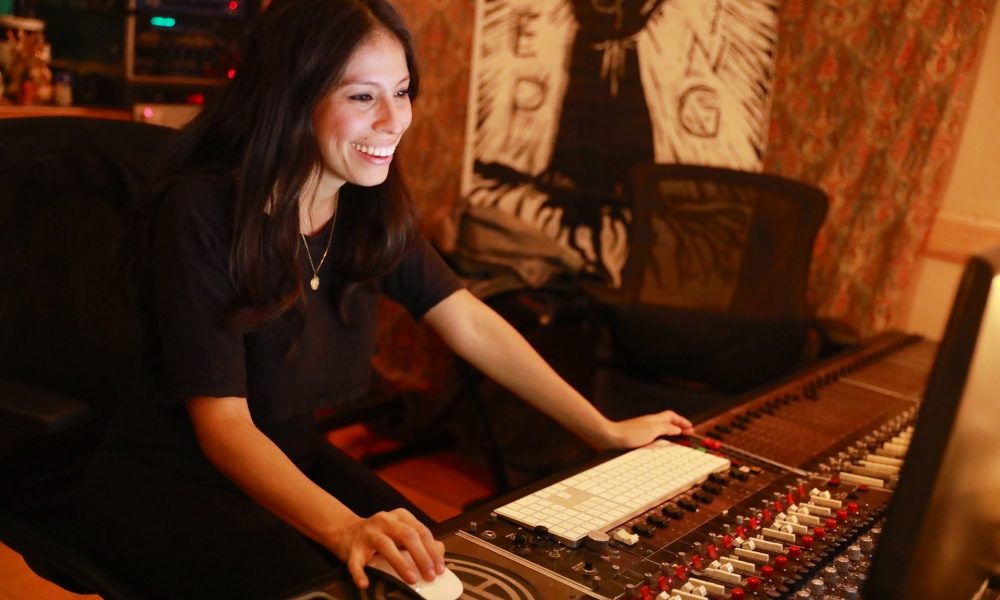 Today we’d like to introduce you to Dahlia Lagos.

So, before we jump into specific questions, why don’t you give us some details about you and your story.
I’m a Colombian American bilingual producer, engineer, singer and songwriter. Born and raised in Queens, NY, I gravitated towards music because of my musician father Alirio Lagos. At 7, I attended Mannes College of Music Prep. Division for classical piano and then Berklee College of Music for Songwriting at 18. After graduation, I moved to LA to work with Ben Romans of the Click Five and Woolf and the Wondershow. Soon after, I started taking sessions as a songwriter becoming a regular collaborator of monster writers like Jacob Luttrel (Sia) and Geoffro Cause (Beyonce.) Under the guidance of Rami Sameer Afuni (SAINt JHN, LastMonday, Kiesza), I expanded into production and engineering. A few years later, I started to work with Dani Blau, Moises Zulaica, and Sergio JR (formally of In Real Life) as a songwriter-producer and things started to align. In 2020, Sergio JR. released “No Es Facil” which peaked at #15 on the Latin iTunes Chart and is proving that independent artists can really make an impact.

My first big project as a songwriter and producer was working with the groundbreaking TV show “VIDA”. The network submitted “Me Llamo Yo” (co-written with Dani Blau) for the Emmy’s Outstanding Original Music & Lyrics category. A few months later, I landed a Google commercial, received an invitation to work on the final season of “VIDA”, worked on campaigns for Match.com, Smartwater, Viacom, and had my music featured on CW’s “Katy Keene” and VH1’s “Girls Cruise”.

Outside of actual producing and songwriting, I fight for our industry’s rights. I’m on the Steering Committee of a songwriter advocacy group called SONA – Songwriters of North America. In 2016, SONA sued the Department of Justice on behalf of songwriters. Along with numerous other efforts, this led to a new copyright legislation- The Music Modernization Act which signed into law in 2018 and was the most significant copyright legislation in recent history. It updated archaic laws to reflect new technologies and listener habits such as streaming and the decline of physical purchases. Essentially, songwriters get better royalty rates for streaming, something that didn’t exist when these laws were first written.

Overall, has it been relatively smooth? If not, what were some of the struggles along the way?
This is a cliche, but expanding yourself is never comfortable or smooth. What I’ve learned is that cliches are true – hard work really does pay off and you really can’t do it alone.

Being in the music industry is hard. Being a female writer and producer in the music industry is even harder. Female producers make up 2% of producers (according to USC’s Annenberg study which I took part in). 2% is staggeringly low and etched into my brain. It serves as a reminder for when I get discouraged – with each win, I am a part of change, I help pave the way for other women to come up as producers and engineers, and hopefully hit goals I only dreamed of.

The ideal future is one where a female, a LatinX, a BIPOC is automatically accorded respect. I’m all of these, and my greatest win is being heard and respected in the industry.

The hardships I’ve faced taught me to not shy away from difficulty, to be confident in my contributions, and to ask for what I want. Right now, I’m considered a “female producer” but one day I’ll just be a producer and one day soon I’ll be a Grammy Winning artist, songwriter and producer. Part of overcoming the struggle is having a sense of delusion- that without a shadow of a doubt, I’ll reach every goal I set. I believe I am worthy of success for no reason other than I am a human who is alive and can see it happening.

Can you give our readers some background on your music?
I am the business. I write I produce, I sing, I engineer, I’m a one-stop-shop for ad companies, film & TV projects, and other artists. I’m starting to work on artistic projects under my own name. I am proud that I can deliver a finished product where my creative marks are all over a project from beginning to end, which ultimately sets me apart from only being a songwriter or only being a producer.

Any shoutouts? Who else deserves credit in this story – who has played a meaningful role?
I’ve had some incredible people in my corner championing me. Rami Afuni was the first person who encouraged and believed that I could be a successful producer. He’s been a friend and mentor from the beginning of my career. Jess Furman, the VP of Synch Strategy at BigNoise, Ieva Berberian from Megatrax, and Martin Estrada from Mean Machine have all brought me on projects, set me up with sessions, and created meaningful opportunities for me. Kara Foley from Pulse Publishing, who alongside Janine Scalise-Boyd, created the vision behind the “VIDA” music project (all female writers and producers.) Lastly, Moises Zulaica is one of my closest collaborators and co-producers.

All of these people have given me a seat at the table, they’ve worked to get me paid projects rather than unpaid “exposure” work, and that’s what supporting women in music really looks like. 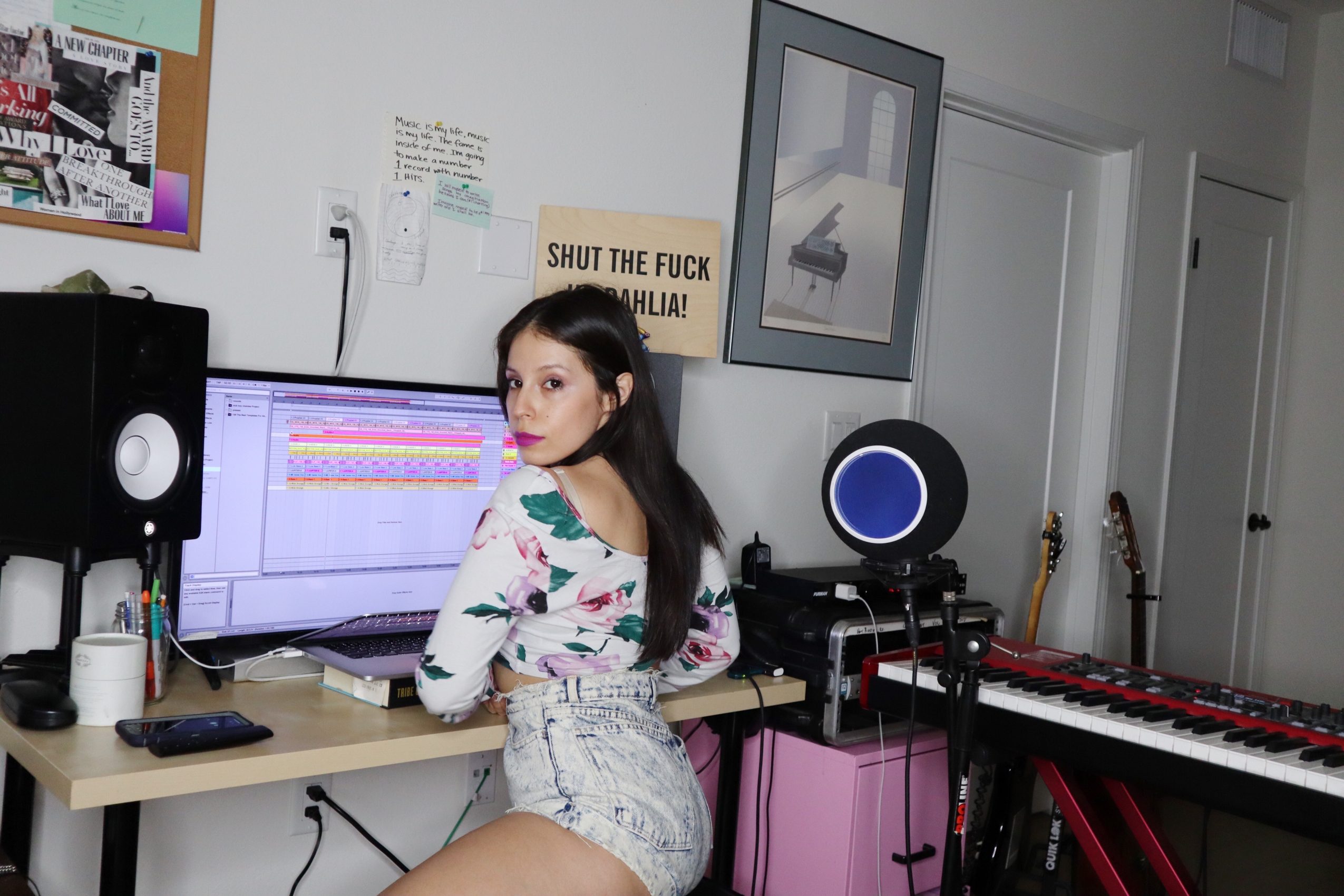 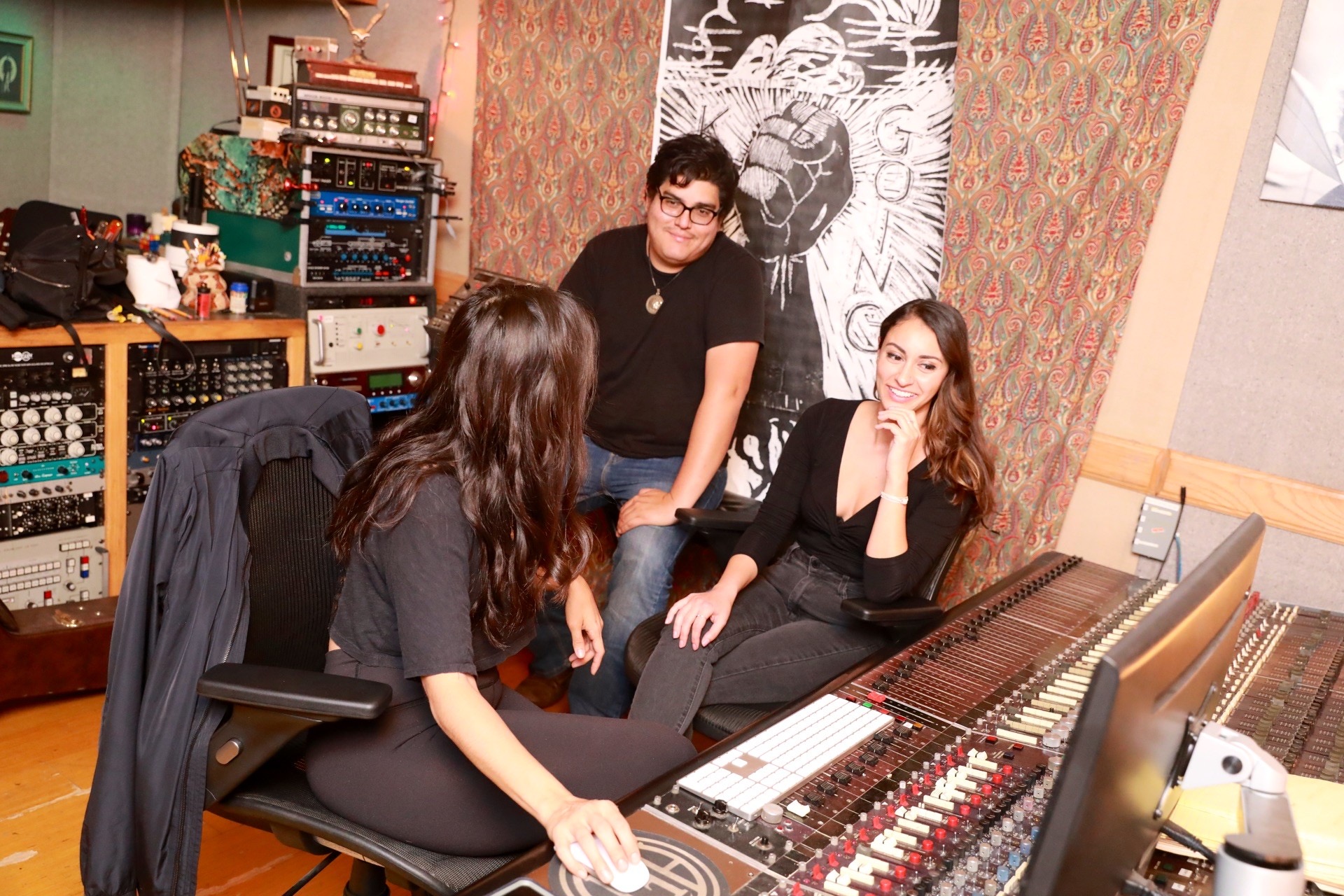 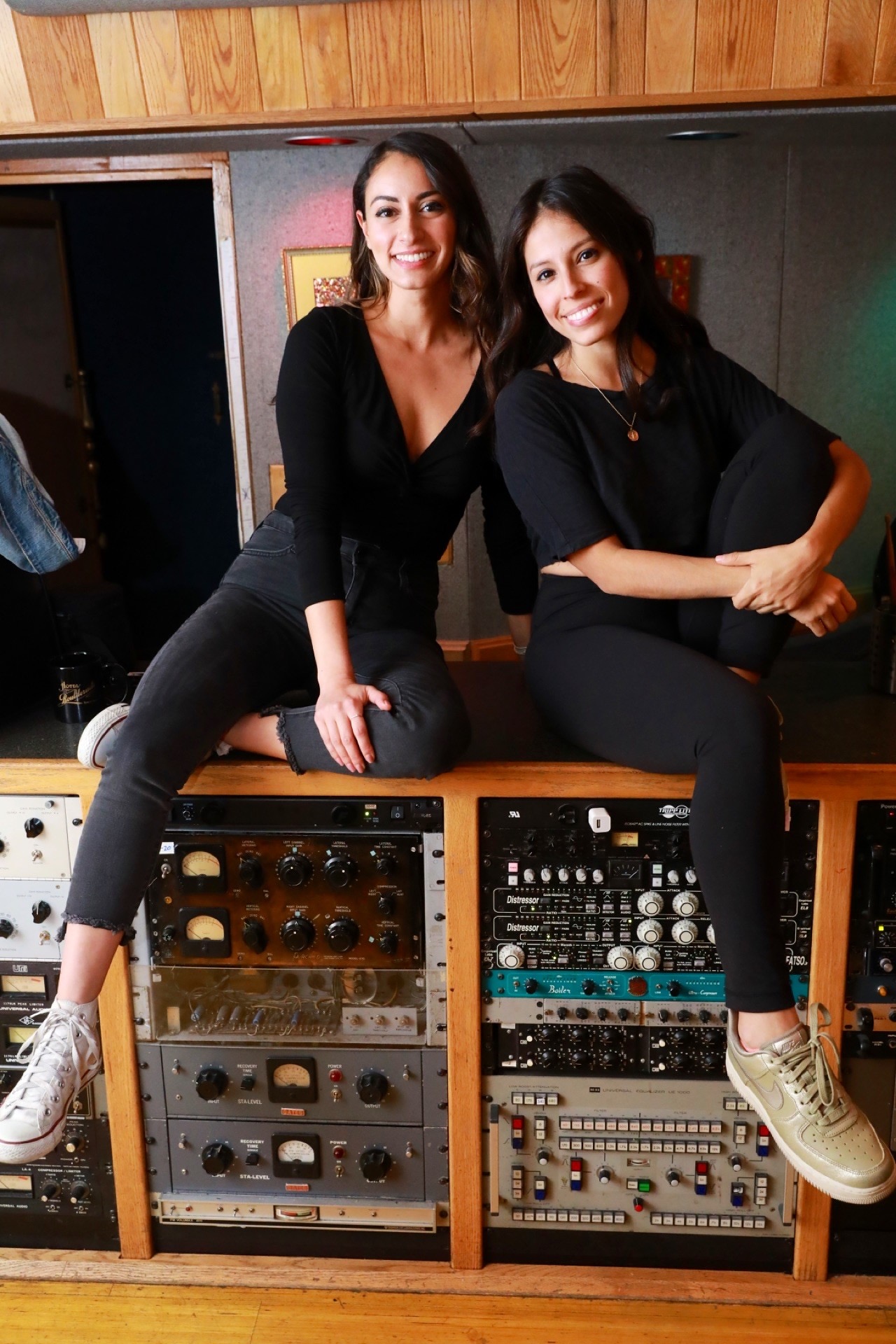 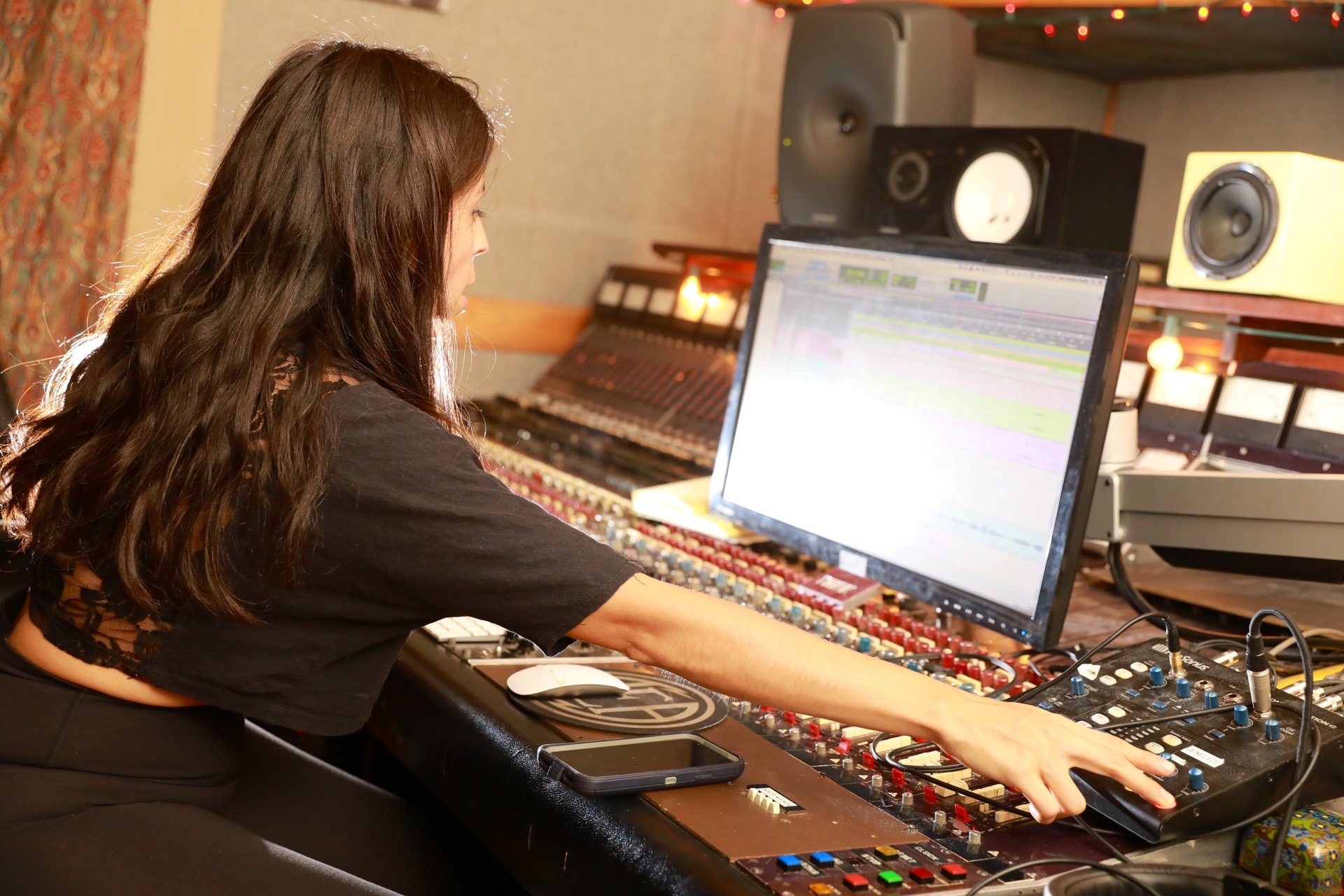 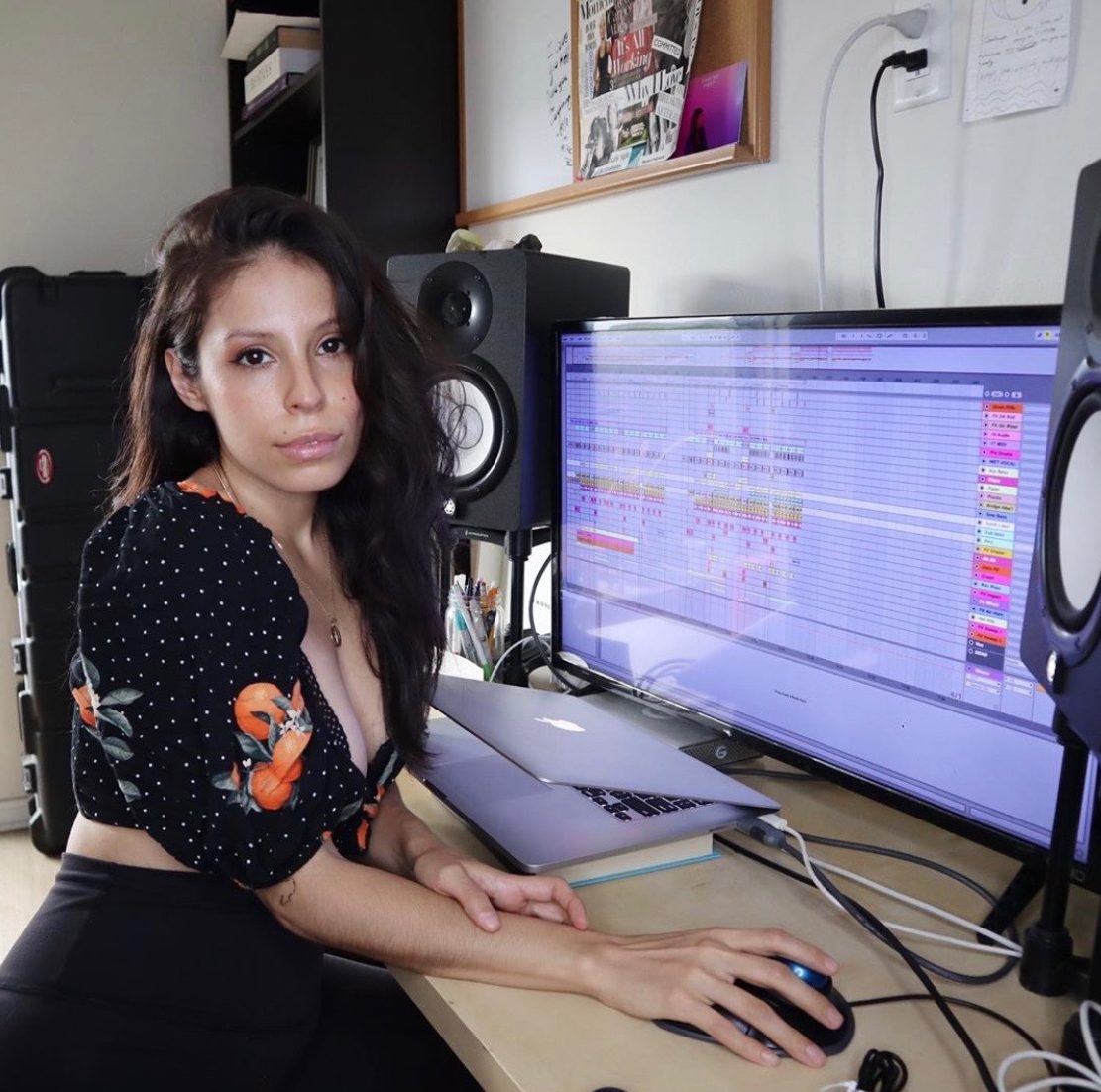 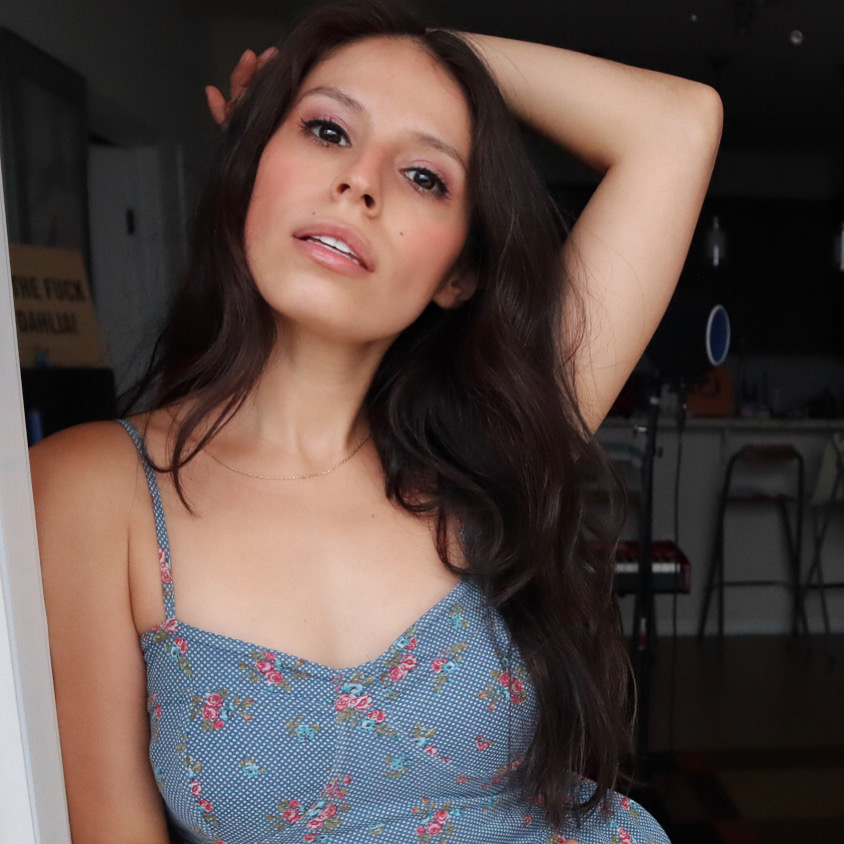 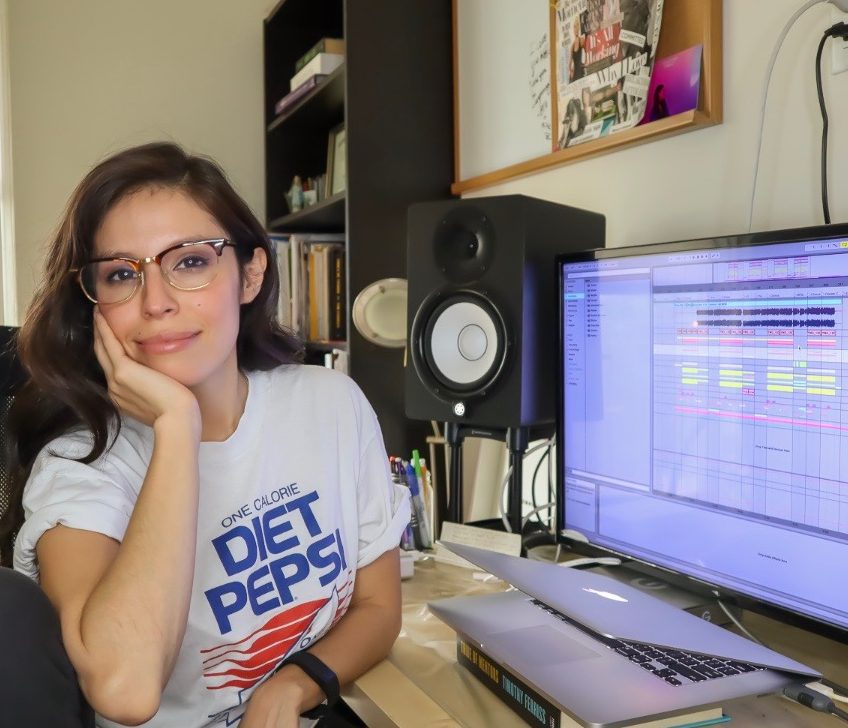