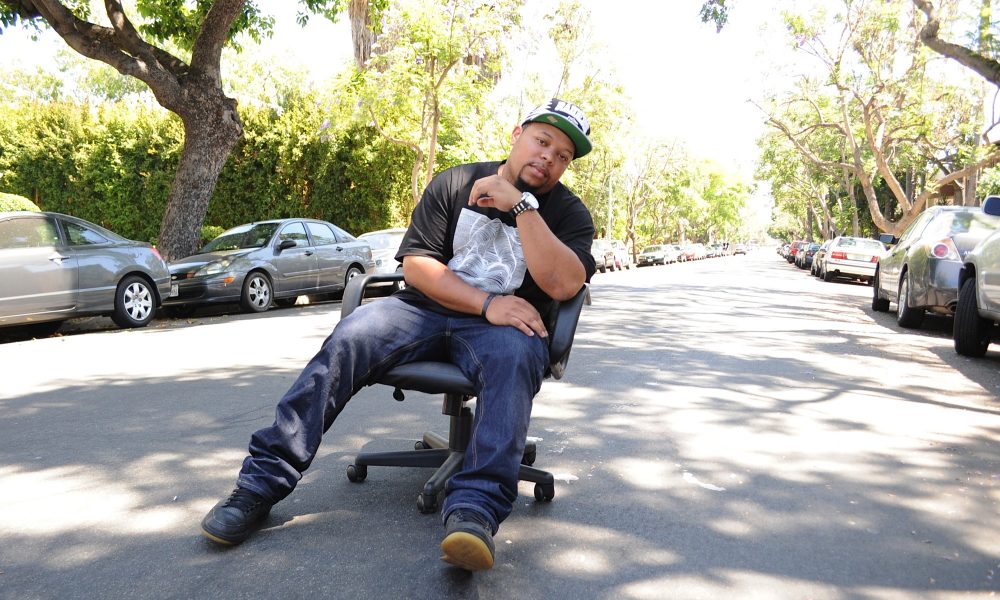 Today we’d like to introduce you to Dae One.

Thanks for sharing your story with us Dae. So, let’s start at the beginning and we can move on from there.
Born in Northern Cali in a small city called Ukiah CA. Born to a 19 years old single mother and shortly moved to Compton where she found a job as a secretary and placed me in private school throughout elementary raised in a single-parent household till the age of seven when she met and new special man in her life they fell in love and before you knew it I had a little brother.

While living in Compton outside playing me and my little brother were caught in between the crossfire of a drive by shooting, lucky we made it out without a scratch but shortly after my mother moved us out of Compton and we relocated to the city of Hawthorne CA.

At the age of 13, I entered myself into a Talent Show and I won first place performing a song to Outkast “Players Ball” that I had written myself. Later on that Christmas, I begged my mother for a beat machine so I could start learning how to make beats I just wanted to do music. Sure enough, after all my good grades begging and trying hard to not get into any trouble my Mom got me a Beat machine for that Christmas. It was the only gift I would receive but it was all I needed.

While in my High School years, I met a couple of friends Taje & Noni Spitz and we began making music together we started performing and became rap group Called Egzile and created a Rap Crew called Lost Soulz. Shortly after High School we managed to get our first record deal as a trio and signed to Individual Records distributed by Universal Records.

The Deal was for a few years but short-lived because the CEO ended up going to Prison for 34 Years for Conspiracy & Drug Distribution. So out on our own again, I got back into producing for other artists. And ended up catching the attention of Dr. Dre’s little cousin Sir Jinx. Who was known for producing Ice Cube’s first four solo albums. He took me under his wing and began teaching me the business side of the music industry.

Sir Jinx had me in the studio working with artist like Xzibit, Kurupt, Ice Cube, Anthony Hamilton, Nate Dogg and many more advancing my skills as a producer. While still surviving in the underground LA music scene linking up with fellow artists like Bishop Lamont, Glasses Malone, Jay Rock, Kendrick Lamar, Kxng Crooked, Schoolboy Q and more creating what would come to be known as “The New West Era”.

In 2008, I started hitting the music studio with Bishop Lamont and Dr. Dre working on his debut Aftermath Album learning all I could in the countless studio sessions making my dreams more of a reality. I ended up getting my first major music placement on Snoop Dogg album “More Malice” for the song called “So Gangsta” in 2010 and in the same year later on I ended up Producing a song on Ice Cube’s “I Am The West” album for the song “Life In California”.

Then I went on to produce the TDE Black Hippy Anthem Say Wassup on Jay Rock’s Debut album “Follow Me Home” featuring Kendrick Lamar, Ab-Soul & Schoolboy Q afterward I was but in the studio with TDE’s new artist at the time SZA and I produced a song with her and Chance The Rapper called “Childs Play”.

Now I’ve started my own record Label XCVI Recordings (XCVI in roman numerals is 96) and have signed a couple of new artist to me that I’m in the works of developing now. Young Giantz a brother duo from South Central Los Angeles they are the sons of Legendary rapper Playa Hamm apart of the Penthouse Players Clique signed by Eazy-E and produced by Dj Quik. Another artist by the name Carte Blanche YTP also from South Central LA. My goal is to take the next generation of artists into the future with the quality of classic music keeping hip hop alive.

Great, so let’s dig a little deeper into the story – has it been an easy path overall and if not, what were the challenges you’ve had to overcome?
Although it has not always been a smooth road the lessons I have learned from my mistakes are priceless and I could not have advanced this far in my career without going through some of the struggles along the way. One of the hardest obstacles for me was learning how we as artists and producers get paid. Figuring out how that system works and taking my career into my own hands by being independent and self-sufficient.

We’d love to hear more about your work and what you are currently focused on. What else should we know?
Dae One is an amazing producer and XCVI Recordings is a great company we specialize in production, mixing, distribution, marketing & consulting for many different artists. We work with diverse artist and we create music made to make them stand out and above the competition.

What moment in your career do you look back most fondly on?
One very proud moment for me in my career so far has been going to a movie premiere with my Mother for a film that I produced and hearing the audience cheer and shout when my name was called out in the film. My mother looked so pleased with all of the hard work I had done. 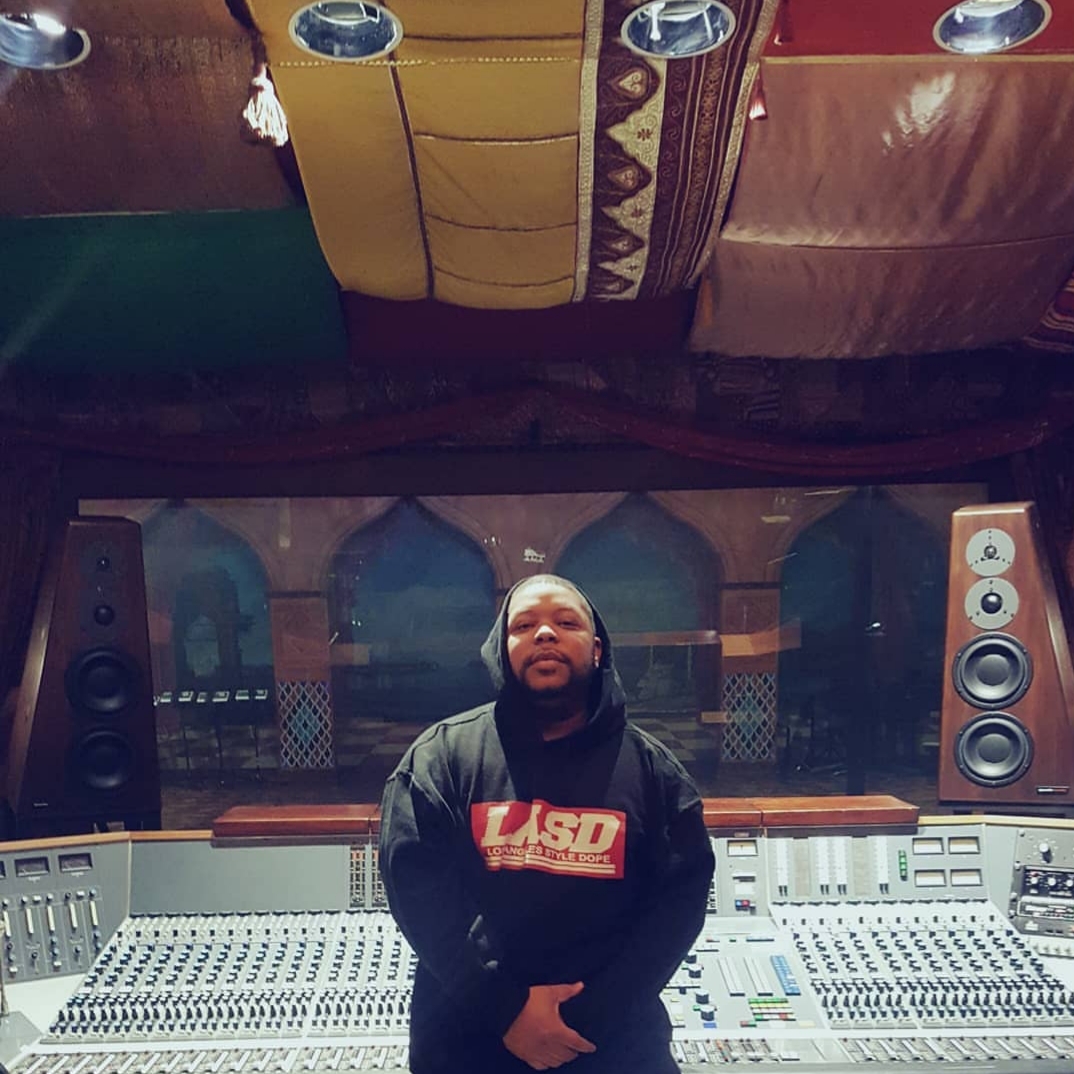 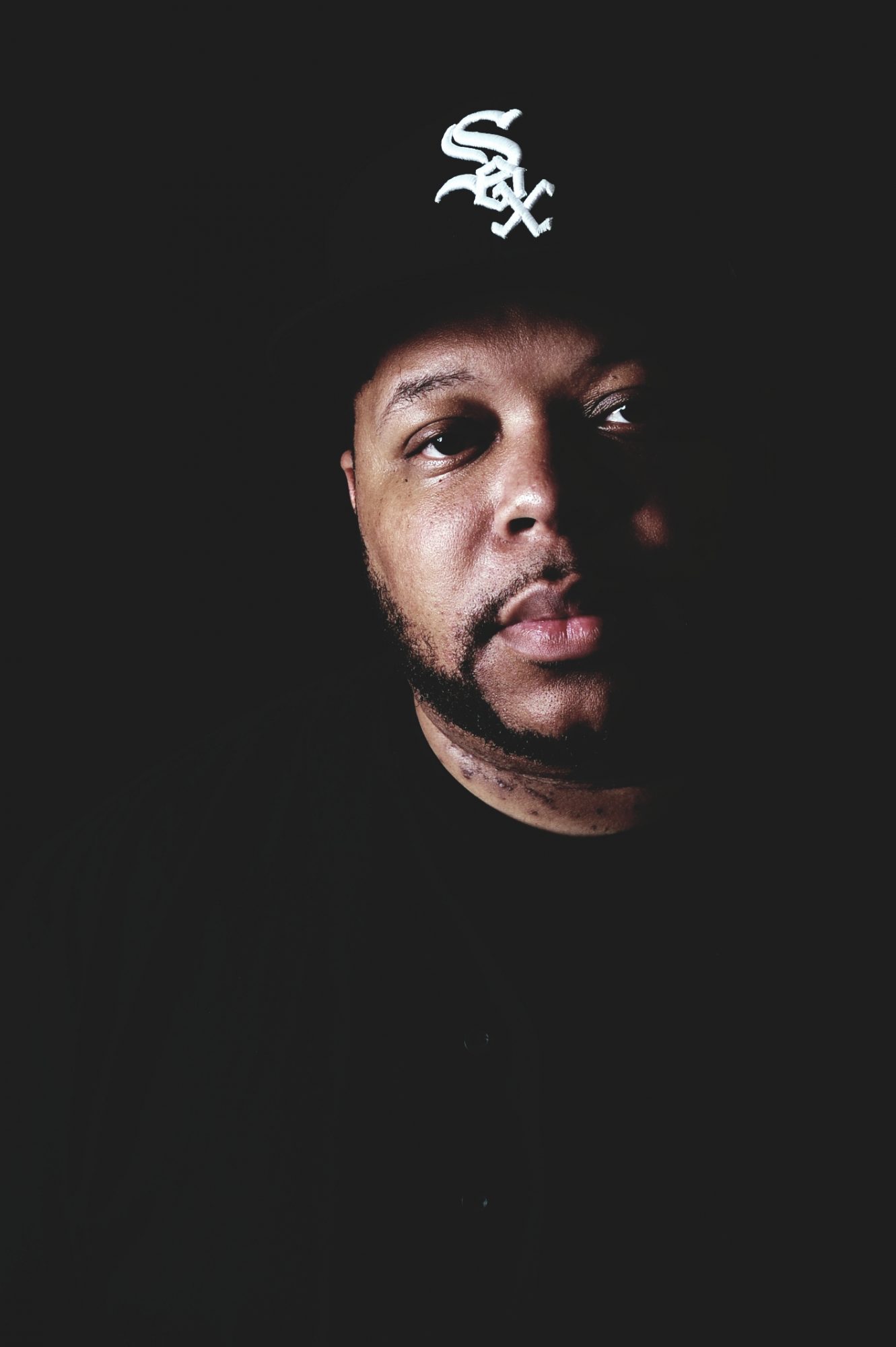 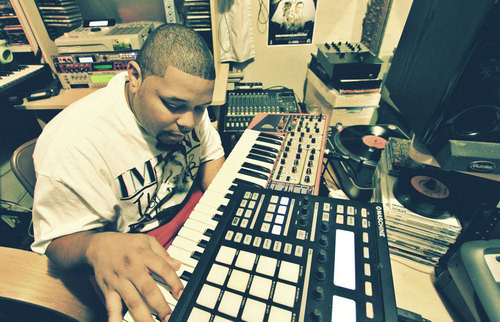 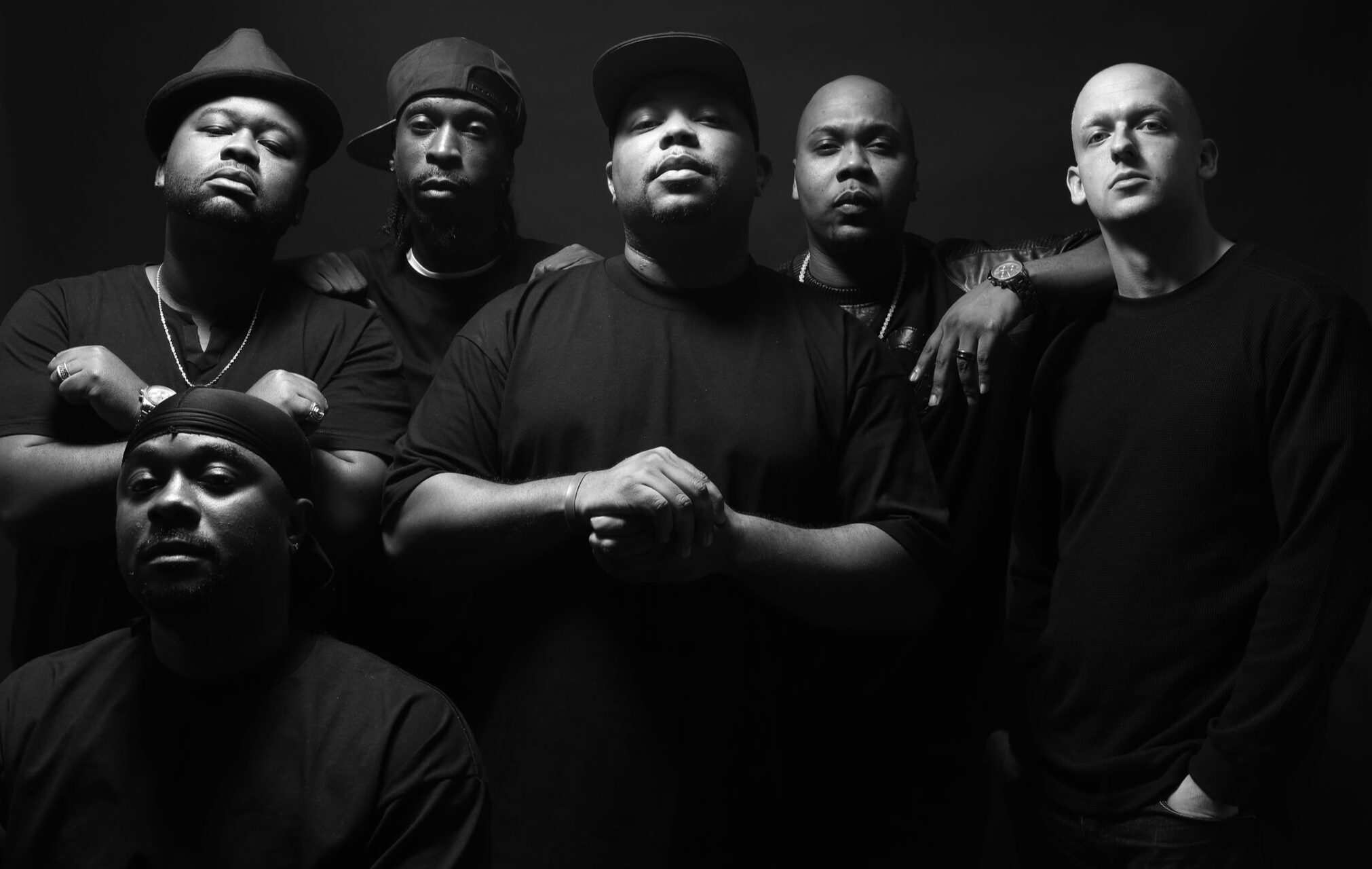 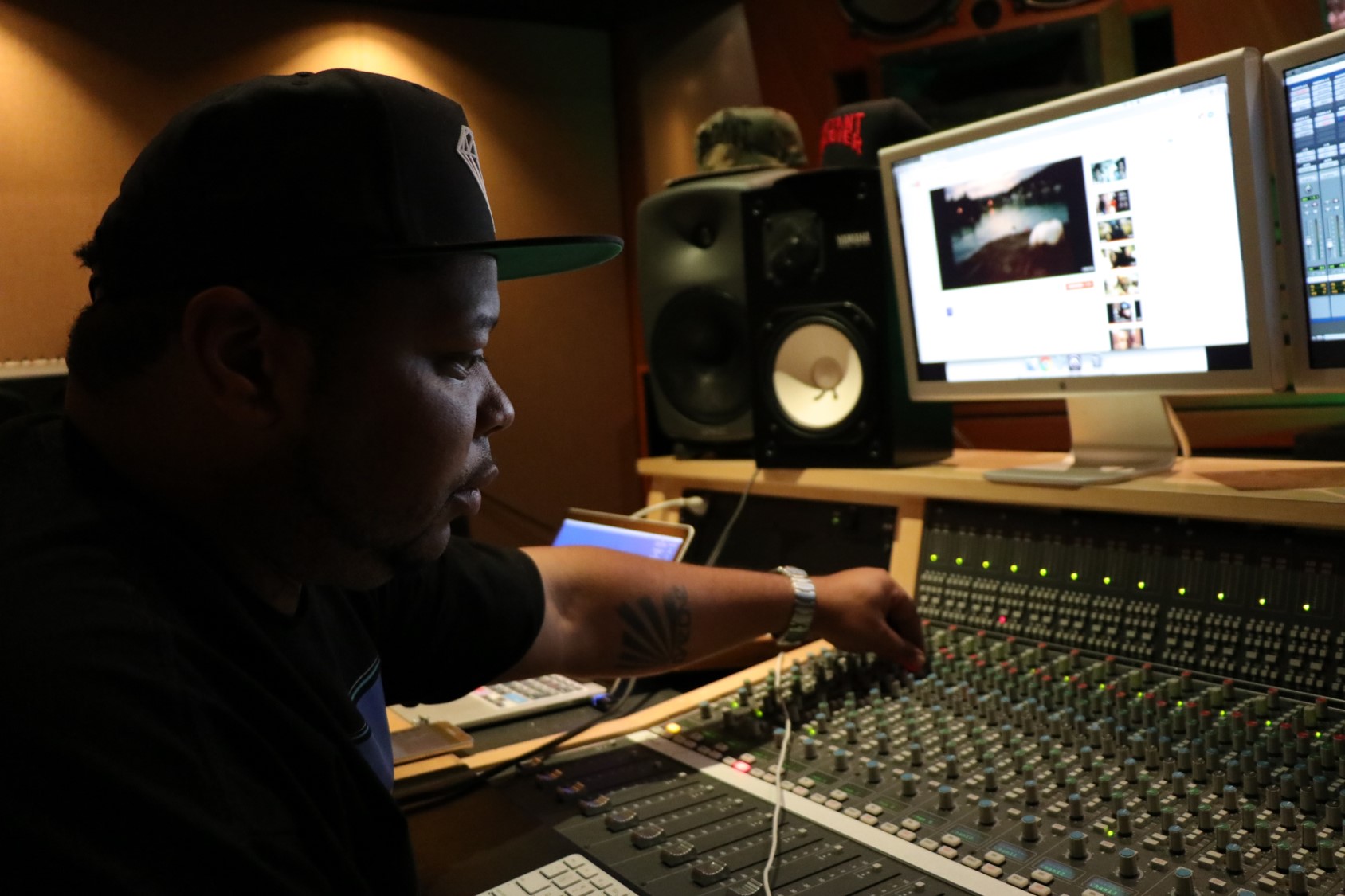