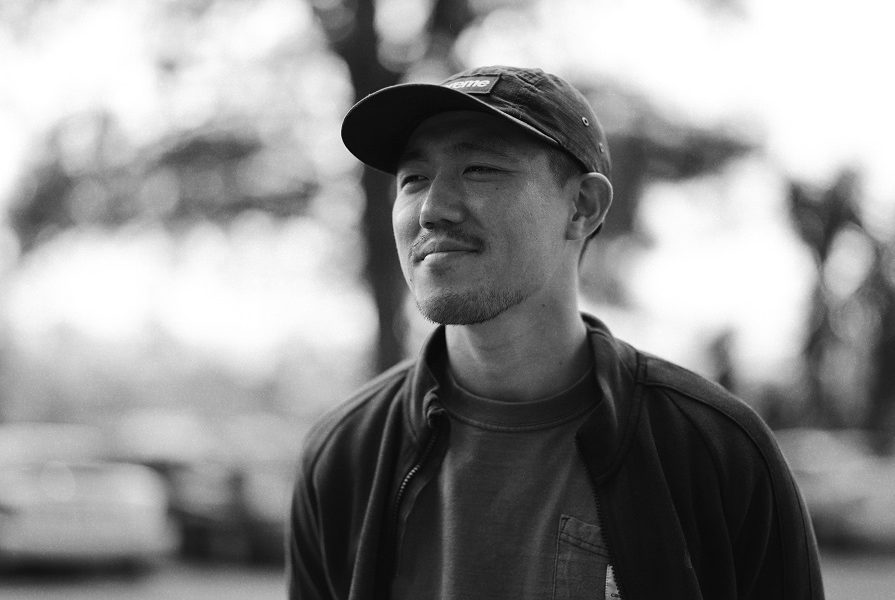 Today we’d like to introduce you to Dae Hyun Kim.

Thanks for sharing your story with us Dae Hyun. So, let’s start at the beginning and we can move on from there.
Looking back now, my interest in filmmaking started with my father. He always rented VHS from the local video store during the weekend and my family all sat in front of the TV with snacks and watched various films that my father picked. Before we had to return the VHS, I always watched it again myself because I won’t be able to watch the film again. Renting VHS for the weekend and watching with family became my family’s tradition until I became old enough to go to the theater by myself with my friends. As much as I loved watching films, I did not think about becoming a filmmaker. Watching films was just a hobby for me.

Towards the end of high school, I started to think about what I want to do and who I want to be. As a young kid, who did not know what I want to do in my life, my mother asked me what I would like to do if I had lots of money and I told her I would like to make a film. I did not know how films are made, but I vaguely thought that it would be nice to make my own films because I like watching films. And my mother suggested to me to learn filmmaking and becoming the filmmaker. I thought that sounds really fun and it’s something I would enjoy.

So I went to Columbia College Chicago to study filmmaking. At first, I wanted to be a director. But more I learn about the filmmaking, I started to be interested in more in cinematography. It was interesting to me how the camera and lighting work and how they create images. Cinematography involved learning about visual aesthetics, at the same time, learning about science and technical methods to achieve visual aesthetics which intrigued more to me. Early on of my college year, I was much more involved in lighting. Mainly it was because it was easy to be on set since lighting needed more crews and always looking for extra hands. I enjoyed being on set. It was a great feeling to be part of filmmaking and witnessing how films were being shot.

Although I was always involved in the lighting, I always had interests in the camera. There were fewer opportunities for me to be part of the camera, but my interest was still there. In my junior year in college, I find out about the Steadicam. It was fascinated to me how mechanically it works and what aesthetics it creates. I found out Janice Arthur gives a one-day Steadicam class in our school, so I reached out to her and asked her for a personal workshop. From Janice, I learn the basics of Steadicam, balancing, and operating. It was an amazing feeling to operate a camera on a Steadicam and I fall in love with camera operating. Towards the end of the college year, I got a full-size Steadicam rig and started to pursue as Camera/Steadicam Operator. I practiced Steadicam myself and took workshops from Greg Smith, SOC whenever I get a chance to improve my camera operating skills. Greg helped me to improve my Steadicam Operating, Handheld and Geared Head operating.

After a year of working in Chicago after college, my cinematographer friend, Ryan Kerr, suggested me to apply to American Film Institute together. I was not expected to get accepted but luckily, I got accepted to AFI. During AFI, I met so many talented filmmakers, I learned from them and inspired by them. Also, I learned so much in dept about storytelling in film and how to visually tell the story and emotion to the audience. I got to hear and learn from many legendary filmmakers’ lectures, and AFI provided great practical learning experiences as well. My time in AFI was one of the most valuable learning points in my life and what I learn at AFI changed my views on filmmaking and storytelling. Recently I had a great opportunity to have Colin Anderson, SOC as my mentor through the Society of Camera Operators. From Colin, I learn so much about camera operating, camera operator’s responsibilities, mindset, politics on set, and living life as a filmmaker. Now, I graduated from AFI, and keep on pursuing to be Camera/Steadicam operator in the film industry to capture the actors’ amazing performances and help Cinematographer and Director’s storytelling with camera works.

Great, so let’s dig a little deeper into the story – has it been an easy path overall and if not, what were the challenges you’ve had to overcome?
When I started to work in the film shoots, one of the most difficult challenges was communication. Having English as a second language, I had to overcome and get used to the language barrier and communication. I was comfortable with a daily conversation with people around me but on set it was different. There are certain ways to communicate and certain terms to use to make the communication clear. Without knowing, it was hard for me to understand and execute the job that I was given to. Also on set, communicating through walk-talkie and surveillance made it hard for me to clearly understand. Thankfully, I met really good friends who understood and helped me out. With more experience and learning, I got to be familiar with the terms and ways to communicate on set. I still do have difficulties communicating oftentimes. But now, I know how to navigate to have better communication based on my experience.

We’d love to hear more about your work and what you are currently focused on. What else should we know?
I am a Camera and Steadicam Operator. I work with the Cinematographer on set to line up the shot that he/she visioned, I figure out how to set up the shot or camera moves, and I operate the camera to tell the story that the director and the cinematographer want and need. I also do Steadicam operating. Currently, I am building my career as a Camera/Steadicam Operator in the narrative filmmaking world.

Is there a characteristic or quality that you feel is essential to success?
I am very bad at talking good things about myself. I am very self-critical with my own work. I am still learning and experiencing, I still make mistakes and I still need to be improved. I am lucky to have amazing friends in my career who motivate and inspire me. They acknowledge and value my work. I am always thankful and happy to work alongside them. I also had really great mentors such as Colin Anderson, SOC, Greg Smith, SOC, and Janice Arthur who taught me so much about Camera Operating. And I had great parents who support what I do and teach me so much about life and how to endure the hardships and keep on living. I am grateful to be where I am and I won’t be here without my family, friends, and mentors. 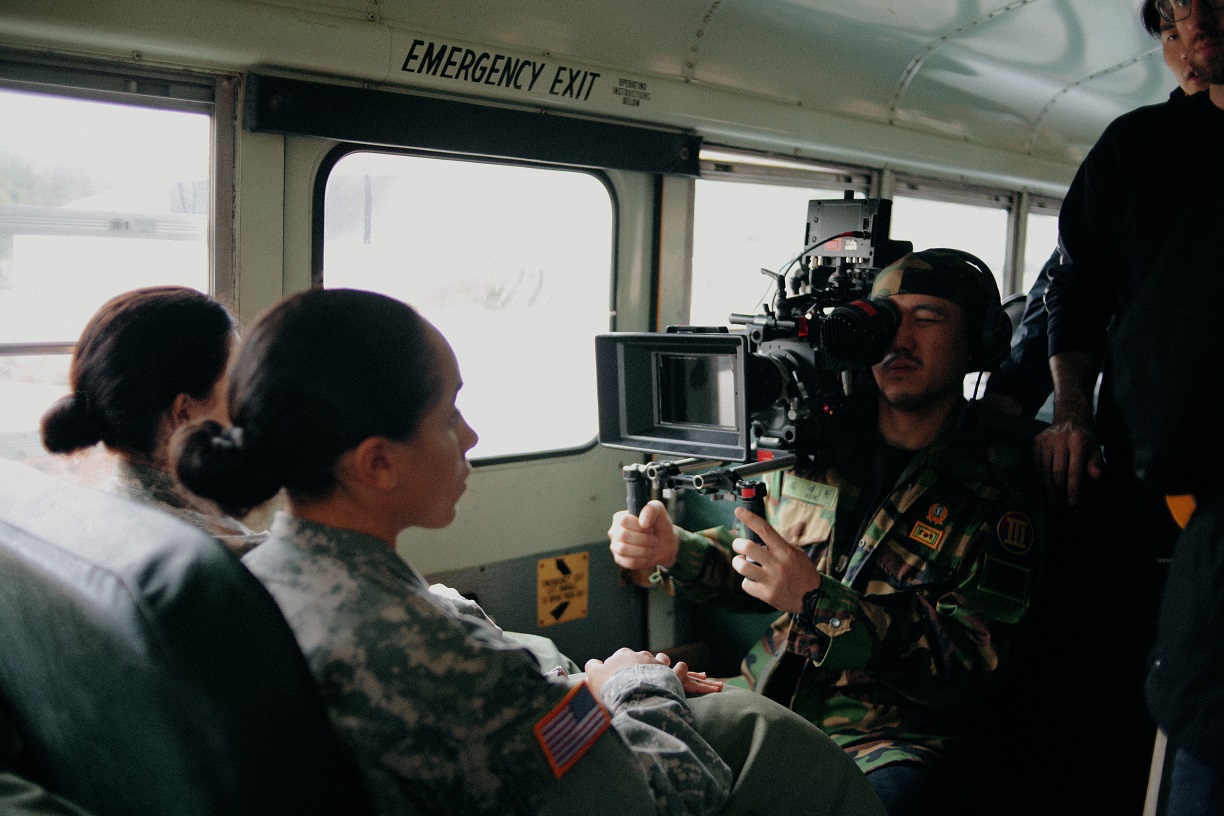 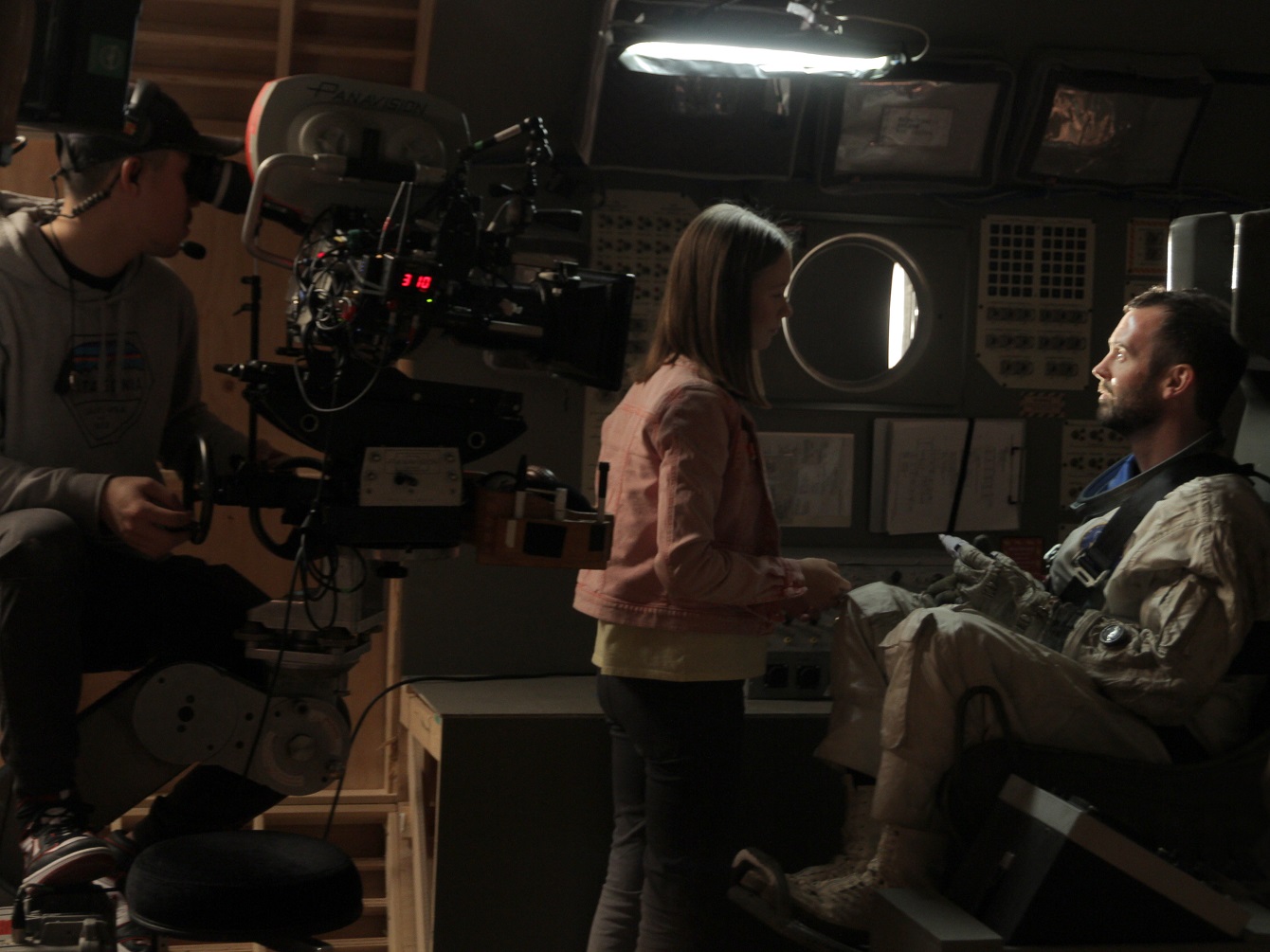 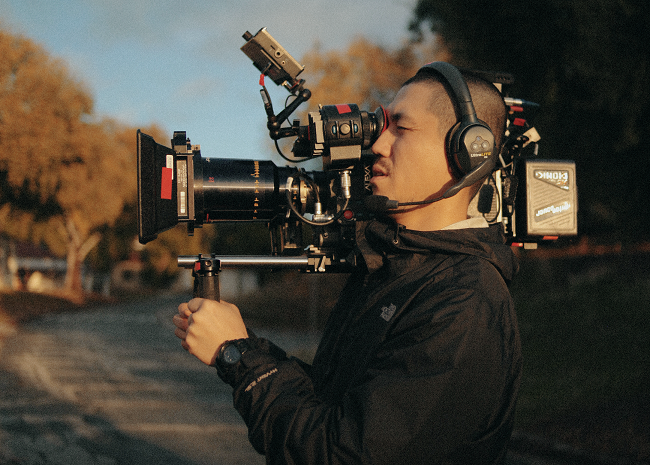 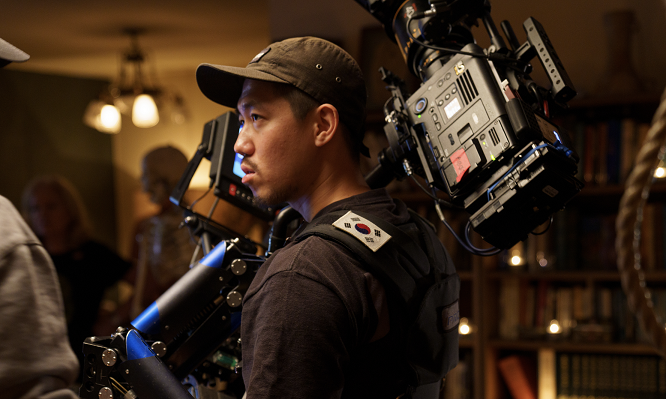 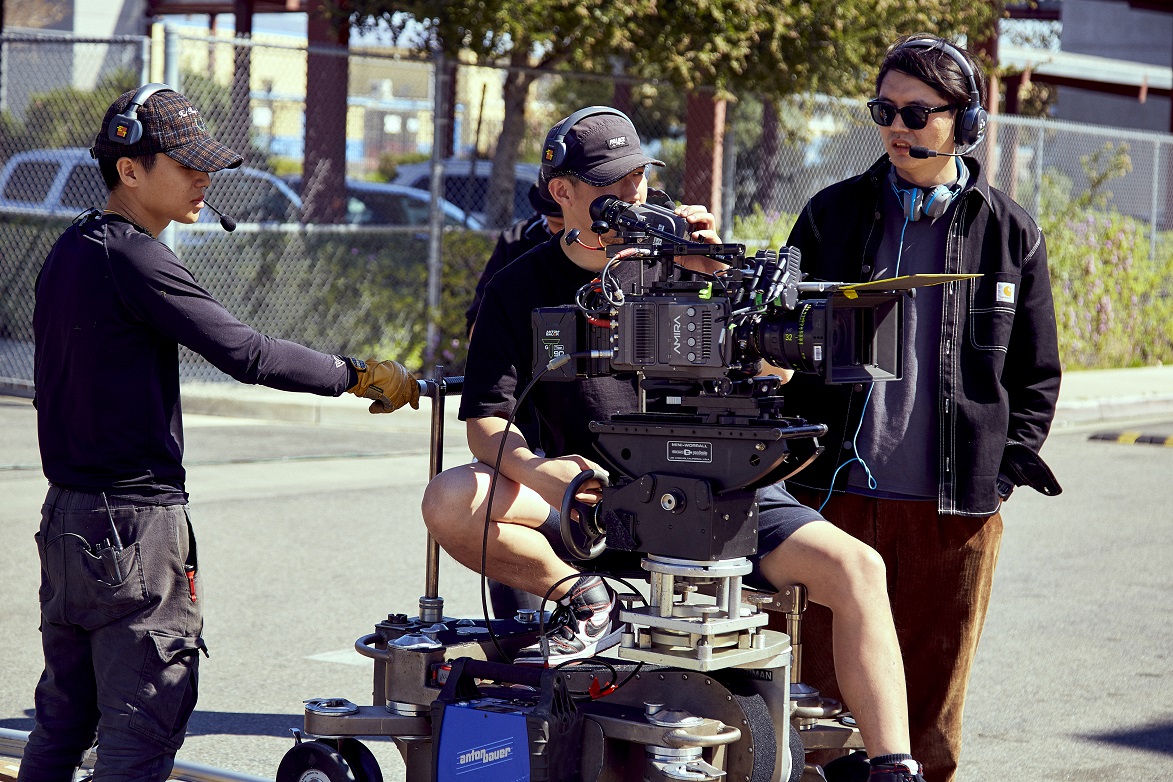 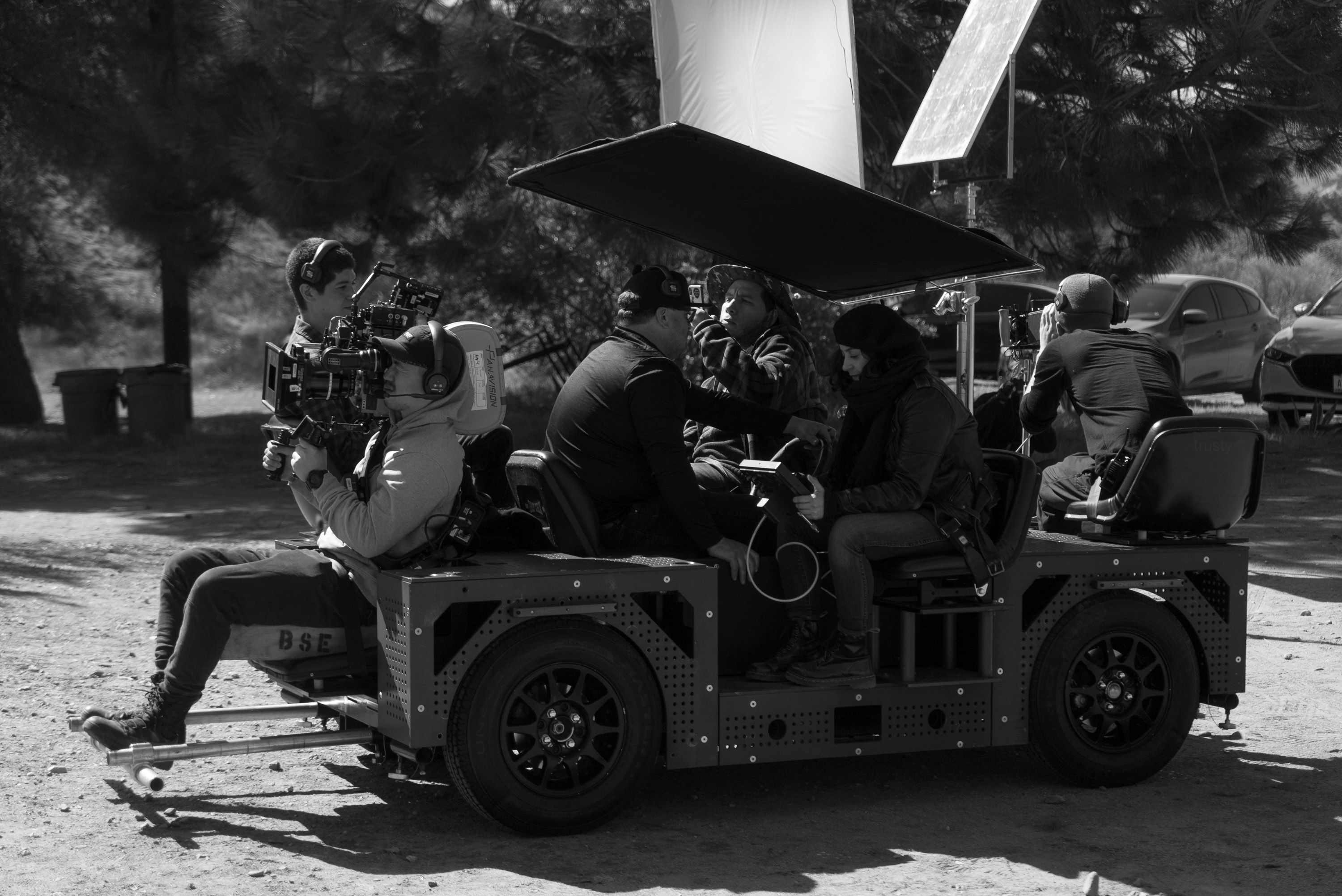