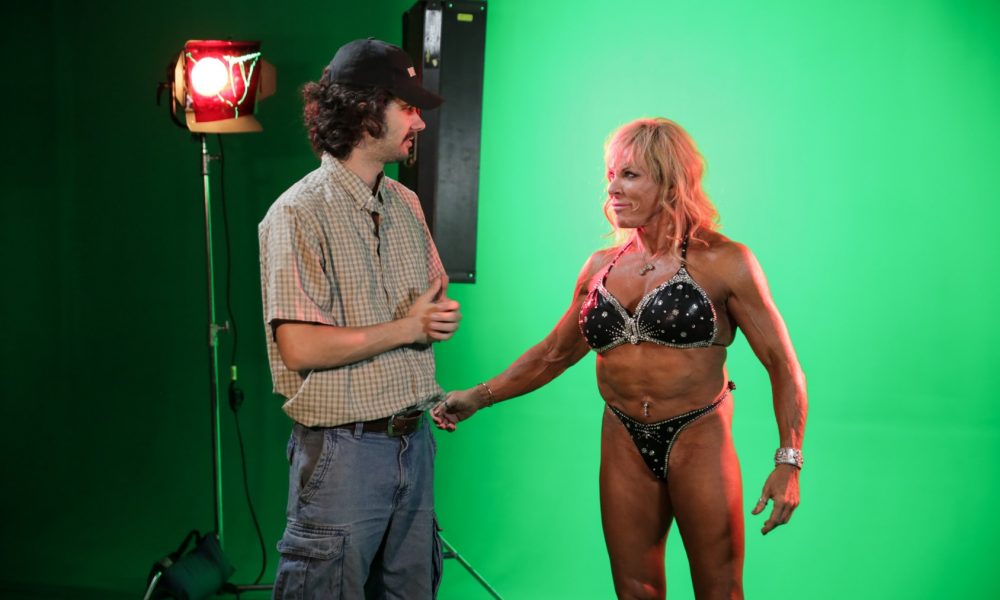 Today we’d like to introduce you to Matthew Boman.

Matthew, let’s start with your story. We’d love to hear how you got started and how the journey has been so far.
Born December 28th, 1984 outside Atlanta, Georgia to two loving parents. Mom was the librarian at the elementary school I attended, dad a geologist that worked his career for JCPenney “Because we had a family & I didn’t want to raise you in a tent”. If I remember correctly. Spent a lot of time in the woods, rescued many tadpoles from our pool’s rainwater covered tarp. Went to school, acted out, and couldn’t sit still. 6th grade voted by teacher “Most Likely to Blurt Out But What He Blurts Out is a Good Point” in most passive aggressive award ever given to a child. Thanks Mrs. Davis, you dingbat. Made videos in class like commercial for “Brow-B-Gone Unibrow Pills” in response to internalized shame of my own unibrow issue. Enjoyed my 1st experiences making classmates laugh via my videos. Began playing the Tuba shamelessly and with a level of proficiency not seen often in the state of Georgia. Trained for a career in symphonic performance. Visited my brother at SCAD, Savannah College of Art & Design, and feel in love with high quality film gear. Scrapped the #BandStuff. Went to college for film. Hit the “Books” too hard. Got sucker punched with brass knuckles by another SCAD student January 30, 2009. Almost died, didn’t, yay! Dealing with trauma from that, I acted out more. Got my self-thrown out of college for indeterminable time. Went home, became a Hibachi Chef in Atlanta, Georgia. Adopting the alias the “Caucasian Sensation” & cooked for Big Boi cause “What the hell else are you gonna do?”

After a year, convinced SCAD to let me back. Finished my studies with a vengeance, my thesis film “ON HOMEOSTASIS” played in 20 film festivals worldwide. Moved to LA January of 2009 convinced I would take the town over. Stock market had just crashed & I arrived at an LA in shambles. Became a bus boy in my new home of Echo Park while doing odd video, photography, web, & Christian clothing line bedazzling gigs, you know the usual stuff. Hated myself, but if I ran from my house I could clock in at the restaurant in 4 minutes. Running down sunset every day at full speed is a fun way to experience Echo Park. Got a job editing content for SCION in 2010, my first real filmmaking gig. Leveraged that gig into a job with YouTube legend PhillyD in 2011. Edited the reels that got us 1 million dollars in funding from Google to launch fan-beloved super-channel SourceFed. Worked alongside other hungry video youngsters running a channel with two million subscribers. It was really fun! A lot of hard work getting in at 5am each morning to cover the news, but more laughs & farts & sing alongs than you can possibly understand. Went to VidCon a few times got to sign some teenagers hats! Bounced out of there in 2014 to follow my own path, launch dadass FILMS after an artistic breakdown in a Berlin art gallery & begin work on my 1st feature film, BURNING HOMBRE. If I only knew then how notorious that film would become, & how much WORK it would be, hell I’d still probably do it!

2015 principal photography of BURNING HOMBRE begins, The Ultimate Desert Adventure Film, BURNING HOMBRE is a feature length documentary about one man’s two epic quests, one across the US / Mexico border & the other to legendary experience festival Burning Man. Though approved to film at the event, turns out Burning Man, Inc. hates the final film, going as far as to bully the theater chosen for the 2018 premiere into canceling my screening & in an EPICALLY Un-Radically Inclusive move, has their lawyers send me my 1st Cease & Desist letter, more yay!

At present & in an attempt to turn lemons into wine, or whatever, our team has devised a creative & dynamic strategy to ensure the film will one day see the light of day, so keep those peepers peeled because as you might tell from this bio, I NEVER QUIT. 🙂

Overall, has it been relatively smooth? If not, what were some of the struggles along the way?
It has, & will be, a road that is constantly in flux. Like that 1970’s news footage of that bridge in San Francisco wobbling back & forth, pitching up & down, I feel like so far my career has been fashioned in the same way. Maybe the careers of all creatives are like this, at least, if you’re doing it right. You might have the worst week ever, then WHAM some amazing connection happens, or the perfect opportunity arises. It’s all able keeping your knees bent, staying flexible & being able to deal with whatever bumps come your way. Not to start a sentence with because, but because, if you aren’t rattling the gates of hell, to as Werner Herzog put it “to wrestle my film from the Devil himself”, then what the hell are you doing?

To me, Art is not a mirror with which to view the world, since there is enough of that bullshit out there already, but Art is a hammer with which to shape it. Some other famous person said that, feel free to Google it. If you’re pushing the boundaries you’re at some point, by the nature of boundaries, destined to hit some walls. These walls might come in the form of a hospital visit, or a cease & desist letter from a competent lawyer, or they could be more benign, like people not understanding your work, or seeing other, more mainstream fluff getting a lot more love, but all these obstacles are really opportunities to rethink, regroup, realign & restart the assault bigger, better & more informed than ever before.

But overall, the greatest challenge of my career has been, & will always be, GETTING WHITE RAPPERS TO CREDIT & OR PAY ME FOR THE VIDEOS I HAVE MADE THEM. One artist in particular, after I shot an entire music video for them, out of town & at a drastically reduced rate, only to come back to LA, scrap all the footage & bring me back on for a reshoot, then once it was posted, never crediting me or give me a shout out on social media, may never know how truly close to disaster they came by leaving me with their YouTube login information. After several days of being ignored, I was tempted to blast all their videos into the digital equivalent of Valhalla, but alas…I didn’t, thankfully for everyone including myself.

Dadass Films – what should we know? What do you guys do best? What sets you apart from the competition?
I put the dad in dadass FILMS. We specialize in running the gamut in terms of video production, from feature films all the way to 15 second Instagram videos, because content is king & we are interested in telling compelling stories, no matter the length. We are elated to be dropping our demo reel & fully furnished website next month!

If you want it snazzy, glossy, flossy, eye popping or face melting, we can literally do it all, & have the resources, know how, & team members in place to pull it off.

As a company we are most proud of our 1st feature film, BURNING HOMBRE, even though it is now back in production due to this current litigation. We are excited that it has elicited such a response from what is presented to the public as an open minded company & are now even more stoked to see where this story goes from here. I guess you will have to follow us on Instagram to keep up to speed with all the titaliting developments. 😉

What is “success” or “successful” for you?
Hmm…Well I guess baseline success is living a long life, having a lot of people that enjoy your presence & not being an asshole, so anything on top of that is a win.

Many people these days that I see mostly on social media, have no idea what hard work is. They post something like, “Look at me, my first day doing trapeze”, they obviously stink at it royally, you see a few more posts from them about it, & never hear anything from them again in regards to the acrobatic arts. When the real trapeze artists are busting their butts on that thing, all day, every day. Yes they might be posting about it too, but there’s this phenomena I’ve been seeing where people post things, to get congratulated, which they do (by their friends), their brain releases dopamine & serotonin, creating the elation of them having succeeded. Thus, they get the successful feeling & don’t need to try it any more. These folks, sadly will never know what success is, since you can’t have any real success without totally BUSTING YOUR BUTT, over & for a long time.

To me, real success would mean, making films all my (long) life, I hope to literally drop dead on set, & have my friends finish the movie for me. If that means I can also move to the everglades, start a reptile sanctuary, open some schools, help those less fortunate than me & drive a fan boat, well hell that would be awesome. I’d like to be 99 years old, drinking a beer from my fan boat, & be like “Hell yea, I done did it!” For me, that would be success & maybe then I would be content, but until then, I have important work to finish! 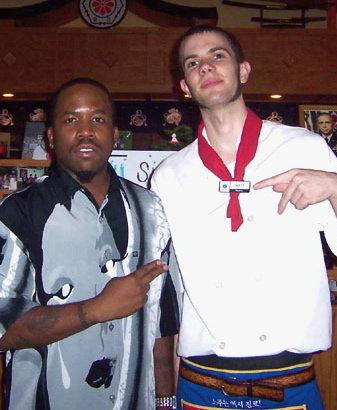 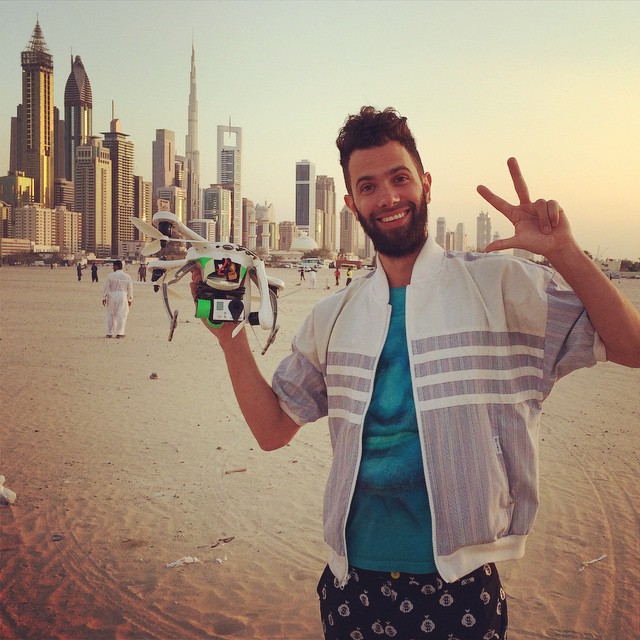 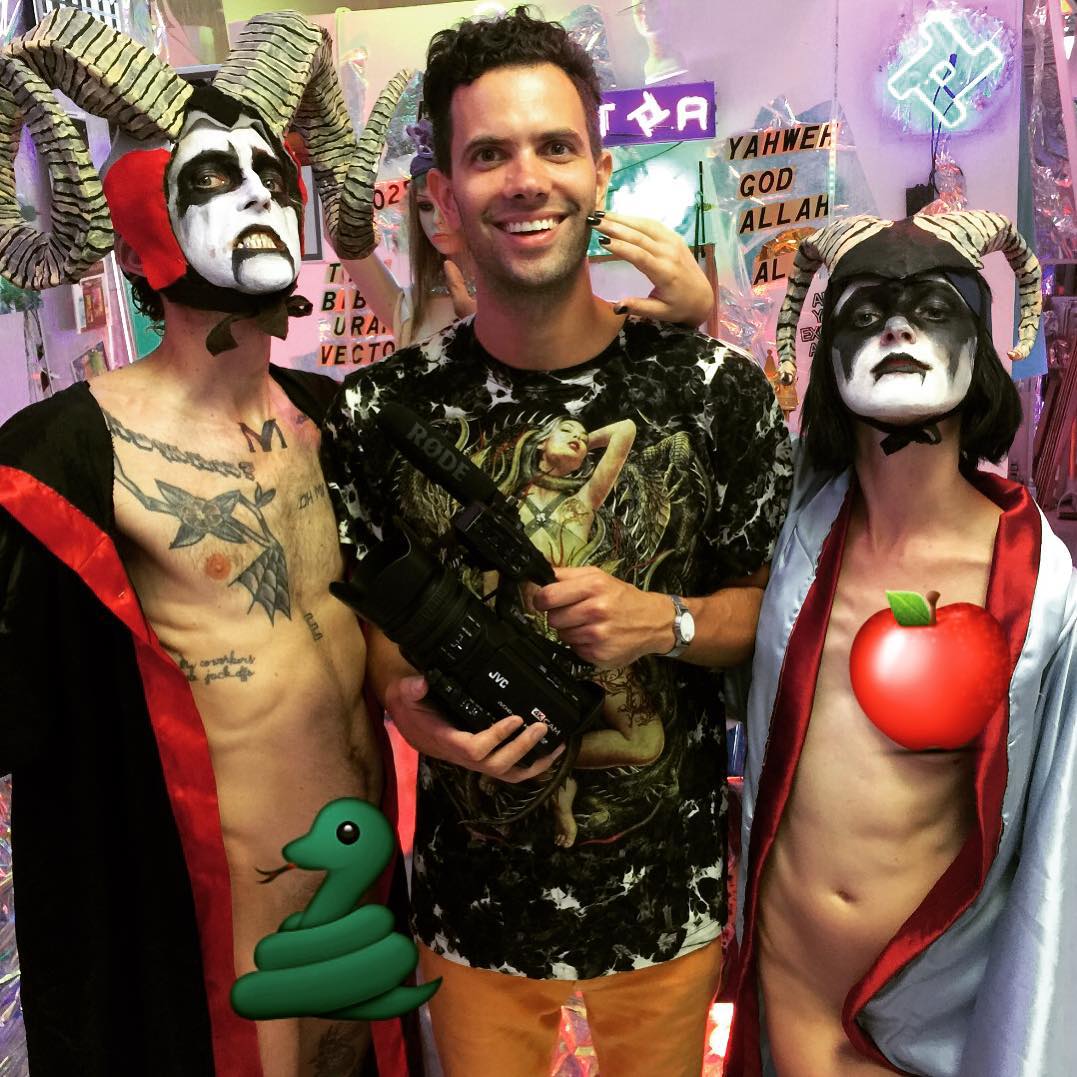 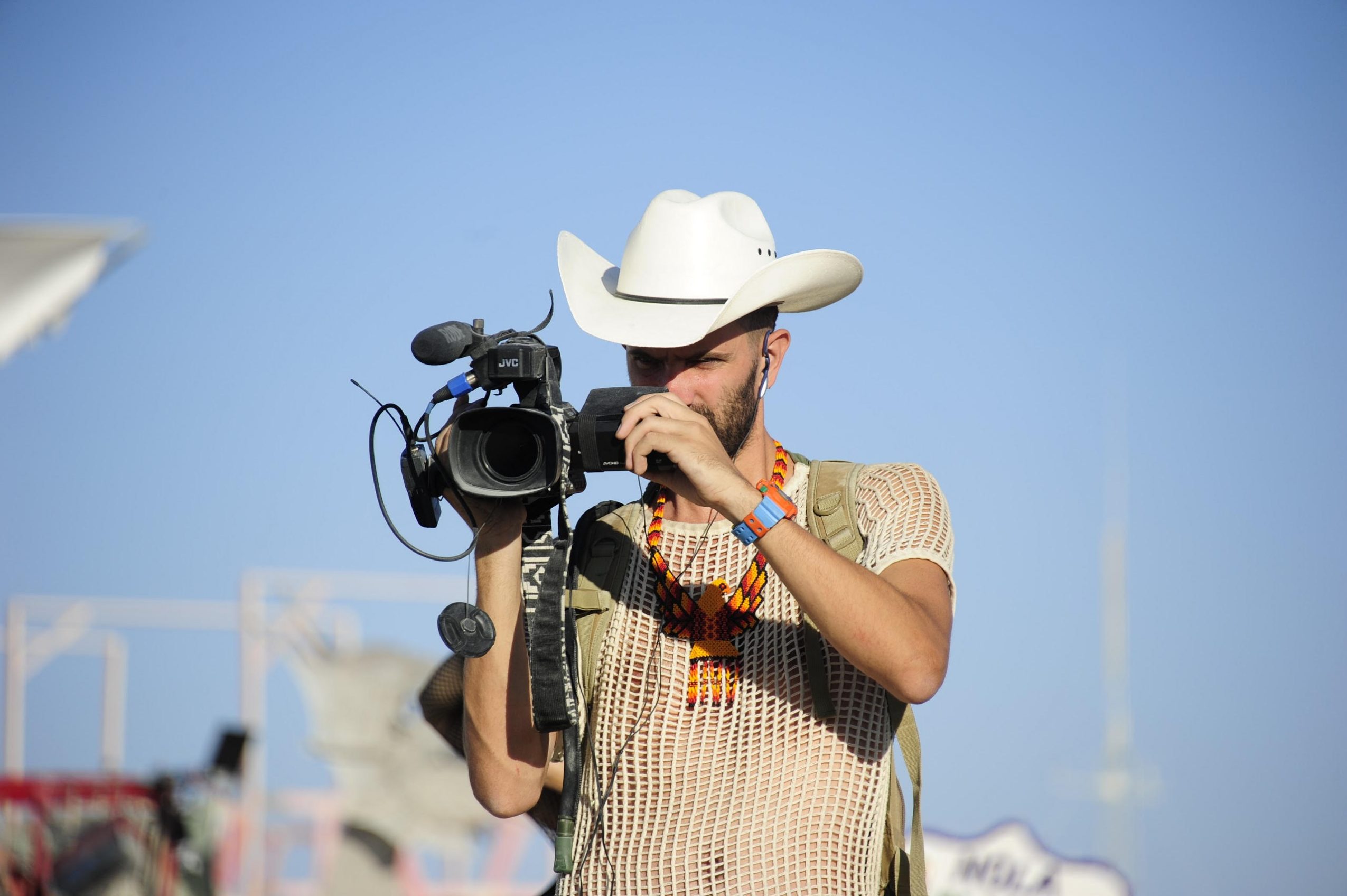 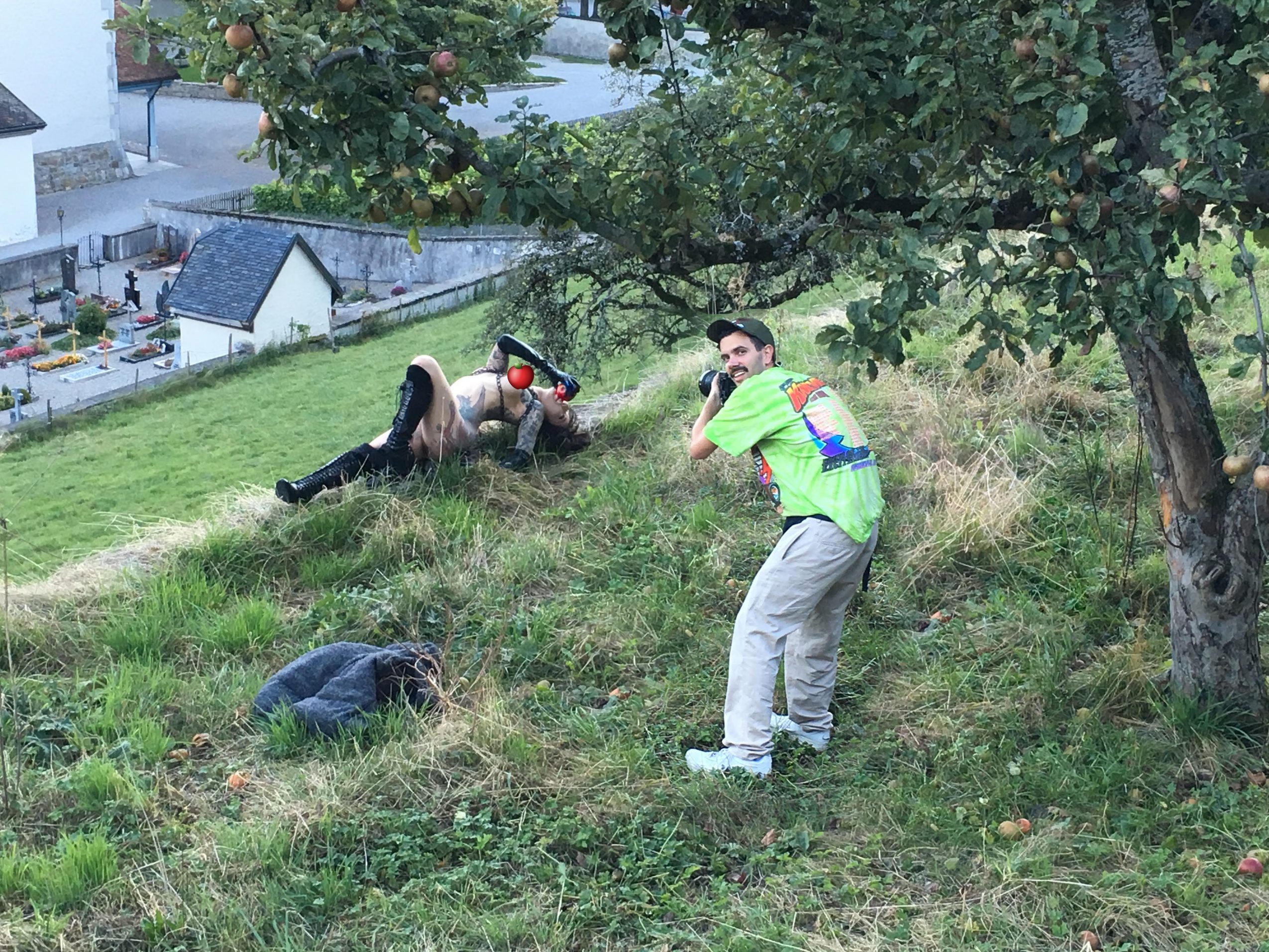 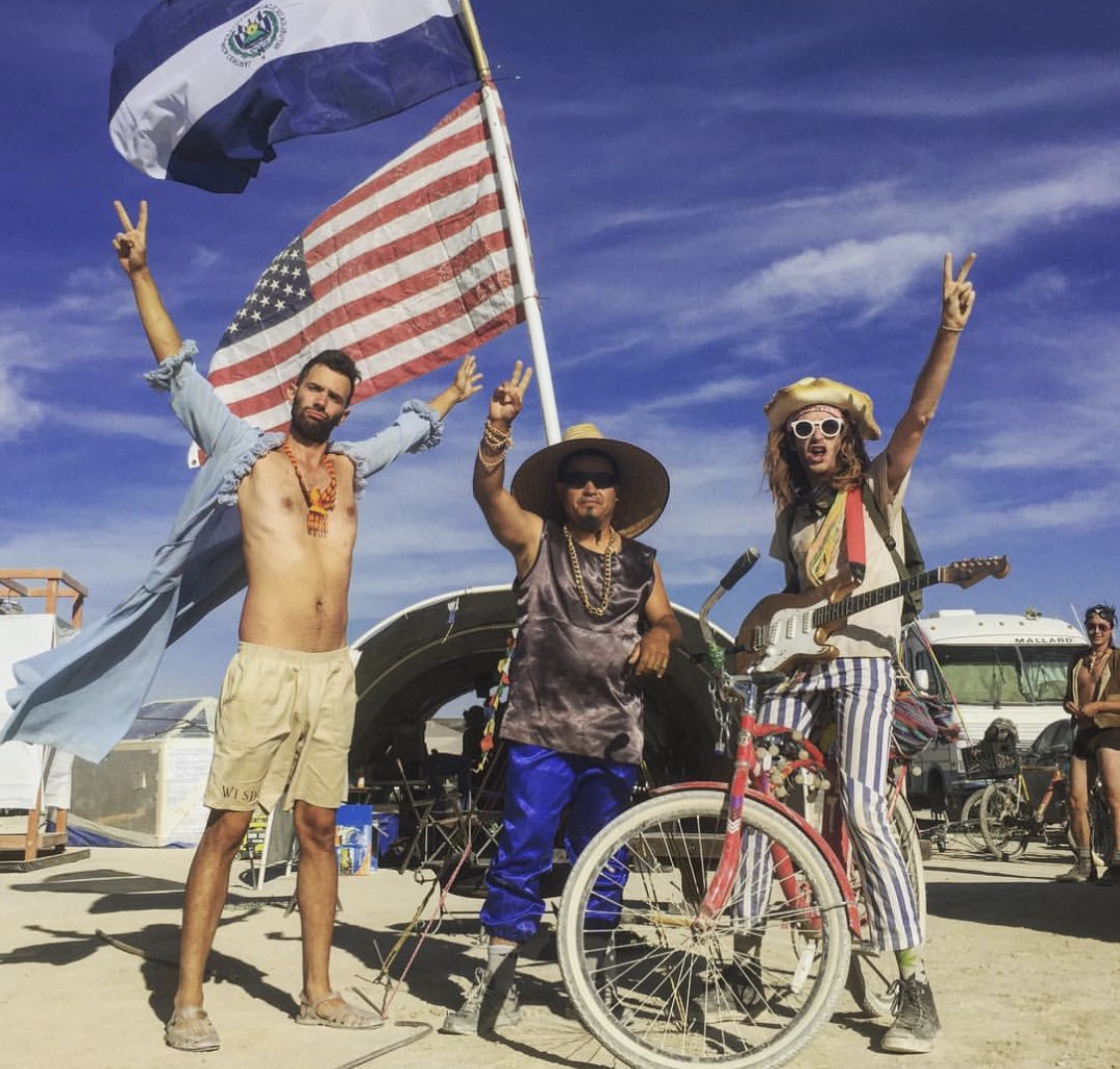 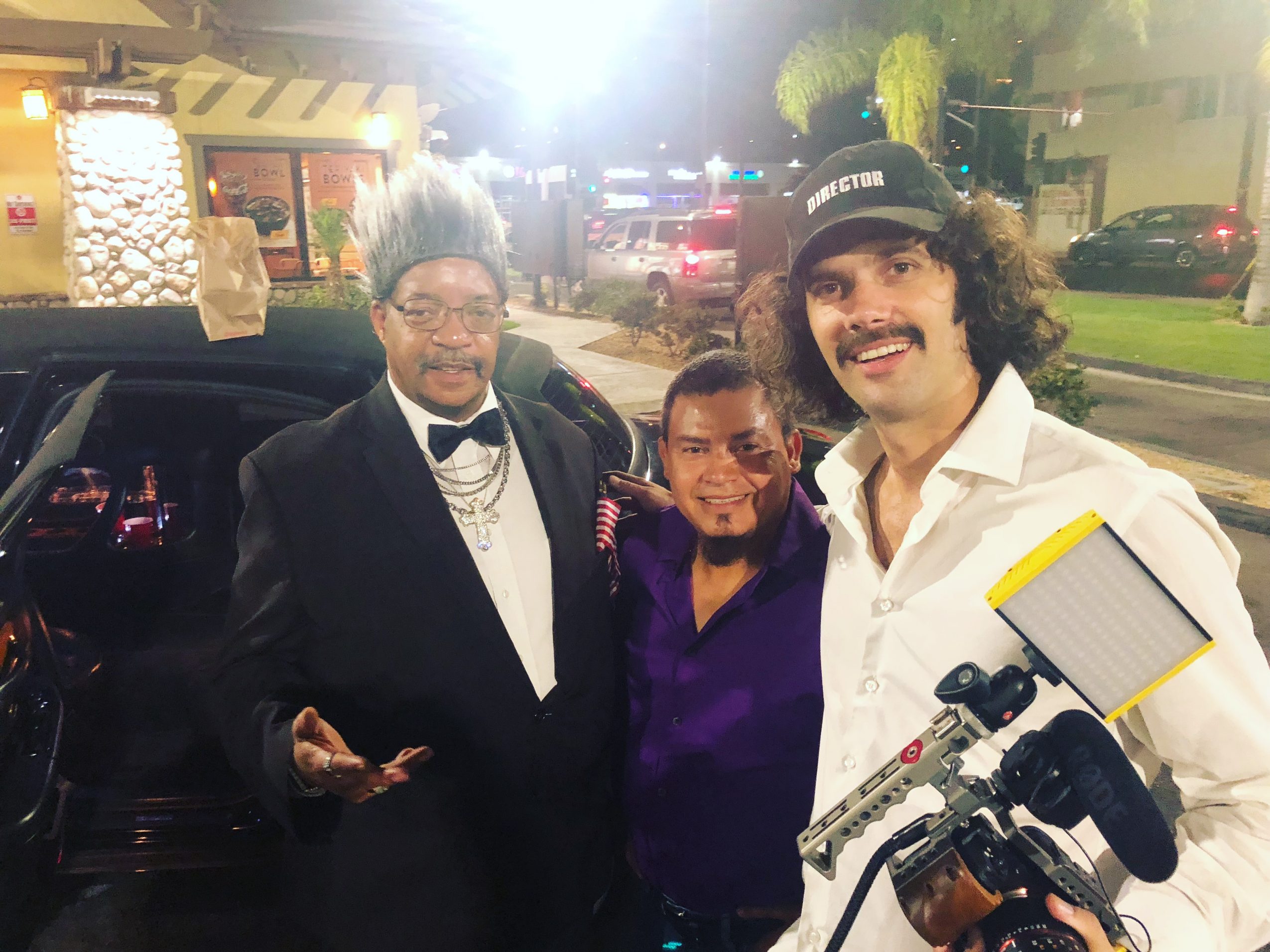