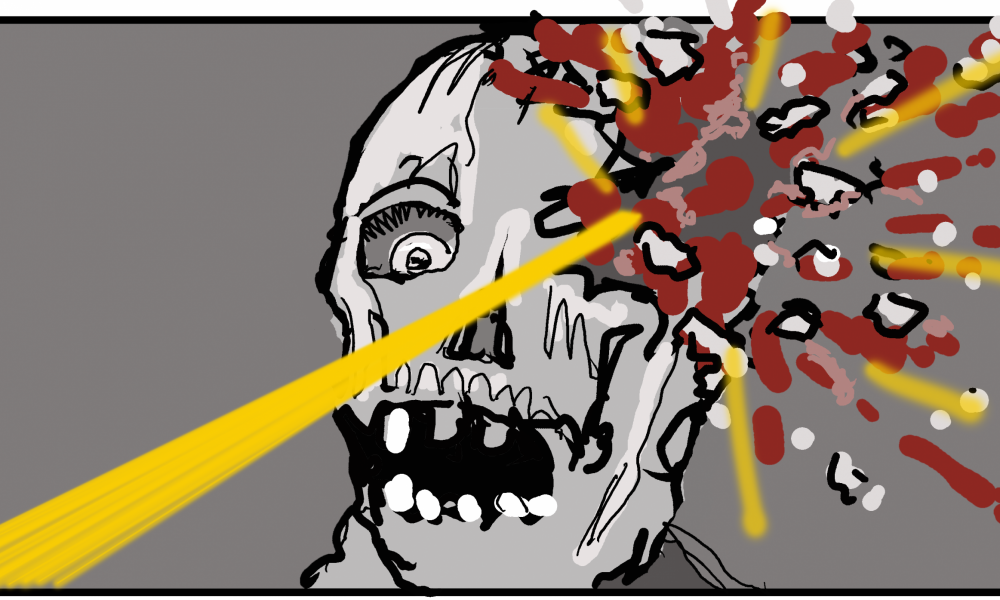 Today we’d like to introduce you to D. Dan Murphy.

Dan Murphy is from New York. He has a lifelong interest in drawing and storytelling which led to a B.F.A degree in Illustration from Rhode Island School of Design. To prepare for his professional storyboarding career he attended film production classes at Pima Community College in Tucson, Arizona. At Pima CC, in 1997, he drew his first storyboards for film. After moving to Los Angeles, Dan found freelance storyboard work in film and television. Dan has drawn storyboards for tv commercials for Kia and Hewlett Packard among others. He’s also boarded feature films for independent productions. His credits can be found on IMdb. Currently, he lives in Downtown Los Angeles.

Great, so let’s dig a little deeper into the story – has it been an easy path overall and if not, what were the challenges you’ve had to overcome?
One of the biggest ongoing struggles has been to join the Art Directors Guild (Local 800).

Alright – so let’s talk business. Tell us about Storyboards by D. Dan Murphy – what should we know?
I specialize in drawing “shooting boards” for film and television. Shooting boards are a visual guide for a director to communicate camera angles, camera movement, and character action to cast and crew.

Additionally, I create concept art for both film and television as a proof of concept or as a means to raise funds for production.

I am proud of the fact that I can support myself with my commercial art and proud of the portfolio that this work has generated.

My storyboard art is created and delivered in my own inimitable style. I pride myself on creating work that is easy to read and is suitable for use on set as well as in a paneled room for a pitch meeting.

Is there a characteristic or quality that you feel is essential to success?
The most important thing in my business is communication. From reviewing my portfolio, the client already knows that I can draw and design sequential art. So what remains is the need to communicate clear expectations with regard to time of completion and my availability to make edits and changes–which is essential when creating storyboards for tv commercials.