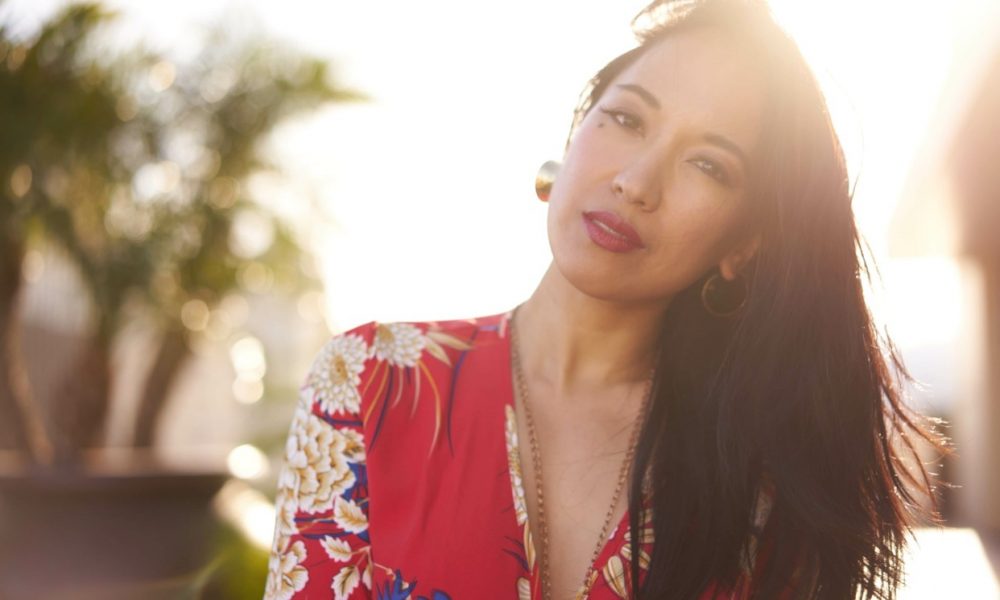 Today we’d like to introduce you to Cynthia San Luis.

Cynthia, can you briefly walk us through your story – how you started and how you got to where you are today.
We were a handful of three-to-four-year-girls in the suburbs of Chicago. Dressed as baby ducks in yellow leotards. Crowned with matching feathers. Our shoes were shiny and our excitement levels high. This may have been the first time I was allowed to wear makeup! My fellow duckies got stage-fright and froze — not even four bars into our song and tap dance. Without hesitation, I stepped forward to lead them into formation and the routine. When the number was over and we were to exit, all the duckies left. Well, all but one. I couldn’t see beyond the bright lights but stayed behind and yelled, “I love you, Daddy!” (I love you too, Mom!) to cheers and laughter throughout the auditorium… And that was that! Fast-forward through numerous singing and piano recitals, imitating music videos, watching countless re-runs of Three’s Company, The Golden Girls and Old Hollywood musicals, and creating and filming skits for school (we had a little stage with lights in our basement!)… Performing has been a part of my life for as long as I can remember. Yet, it wasn’t until after I graduated from UCLA that I decided to own up to my passion and get into an actual acting class to pursue the path as an artist here in Tinseltown.

Has it been a smooth road?
Oh, that would have been nice! There’s a bit more to the story above. I wore another hat before I REALLY admitted, “This is it. I’m an actress.” I worked in local news and had some amazing mentors at CBS2/KCAL9. I even got my meteorology certificate and simultaneously worked as an anchor/reporter for various cable and new media outlets… Thinking this was my compromise between, you know, a “real job” and pursuing the arts. After interviewing wildly successful actors and directors at film festivals and premieres and witnessing firsthand their zest for the work, I realized I was kidding myself! Here I was in Hollywood, not going after what my heart truly desired. With a very in-your-face reminder of that: At a job that was fun, but definitely not fulfilling. Not my life’s work. THAT’S when I finally got into an acting class. Anyway, I was new and I was green just like that little (well, yellow) duck, bright-eyed and bushy-tailed. I was lucky to have a great first theatrical agent that got me out. A lot. Fittingly, I got into SAG with a co-star on The Newsroom. But my confidence took a major blow after I got pinned for my next TV credit, was called as first choice, the role got cut, and coincidentally or not, I got dropped from said agency. I didn’t even look for another agent for a much longer time than I’d like to admit after that. I had graduated high school and college at the top of my class; it took time for me to grasp that hard work didn’t necessarily guarantee me anything — immediately anyway. This is a marathon! But it’s all been, and still is, 100 percent worth it. As Robert Frost so eloquently said, “Two roads diverged in a wood, and I – I took the one less traveled by, And that has made all the difference.”

I had a mix of stage, TV and film credits to my name when the role of Cleopatra phenomenally demonstrated the sheer joy, juice, tears, sweat and technicality of the craft, all rolled into one. Live in one take at that. The production of Shakespeare’s Antony and Cleopatra was a musical (five Broadway World Los Angeles Awards nominations, NAACP Theatre Awards Winner Best Director of a Musical – Gloria Gifford). I had to sing with a range of emotions to Antony: Infuriated, jealous, betrayed, devastated that my love is leaving me. In a very revealing outfit. On the ground. A mere three feet away from the audience. Responding to rose oil being rubbed on me (the perks of showbiz folks)… All while making sure to keep good posture so my tummy looked good and with my face turned out so everyone could see me. In the light. Phew! Oh, but it was absolute delight! And later, singing my guts out when he (spoiler alert!) dies in my arms. There’s absolutely nothing like conveying such heart-wrenching emotion and guiding the audience. Pulling their heartstrings. Whether it be in a tragedy or helping them temporarily forget their troubles with belly laughs in a comedy. That complicated road less traveled by has been filled with twists and turns of self-discovery, perseverance and developing a deeper understanding of the human condition, all while hopefully bettering myself along the way.

We’d love to hear more about your work and what you are currently focused on. What else should we know?
This business has gifted me wonderful memories, invaluable lessons and some dear relationships. XXENOS won Best Pilot – Drama (dir. Gordon Greene) at the inaugural Omni Cultural TV Festival in Hollywood last May. What made it even more special was that I finally got to collaborate with some longtime friends who had been championing me for some time! Similarly, it was a delight to reunite with Tri Destined Studios for BET’s The Family Business. I had worked with them earlier in my career in rom com feature He’s Mine, Not Yours. The same was true working with Oscar-nominated director Alonso Mayo on indie comedy Fixed, after a fun soapy who-dun-it web series, Murder Project 2.0.

At this most recent Dances with Films Festival in Hollywood, I was fortunate to have two projects premiere: Teen supernatural thriller Ghost in the Graveyard starring Kelli Berglund and Jake Busey (it was eerily fun to shoot in a graveyard and convent in actual Sleepy Hollow — I had no idea it was a real place), and indie festival darling Fish Head, a beautiful short film exploring identity, bullying and the first-generation experience. I remember filming a family party scene and despite it being an “everyday” happenstance, knowing how special it was; it poignantly illuminated the need for more BIPOC stories. At the premiere and each subsequent screening, I have been overcome by an extraordinary surge of emotions seeing a story about people who look like me, who are me, on the big screen. I was overwhelmed by how much I was re-stimulated watching our young lead, Madison Rojas, deliver such a beautiful and raw performance, thus recalling my own personal experiences with bullying and racism that also began in childhood. I had initially auditioned for another role in the film and after callbacks, casting director Jeff Hightower informed me the director decided to create another role for me. For that, I am indebted to director Marcos Durian. I hadn’t yet had a chance to be a part of a project that echoed so deeply in my heart. And to speak in Filipino on film!

My feet always travel back to the stage, my training ground. I was reminded of the beauty of earnest, pure love playing Ophelia in Hamlet, with Colonials: An American Shakespeare Company, at historic Miles Memorial Playhouse in Santa Monica. Such gorgeous language as always, with the Bard. Playing this tragic heroine gave me all the feels. It was an amazing way to end last year.

Most recently, I was a week into rehearsals for the revival production of long-running Off-Broadway and LA comedic hit It’s Just Sex, at the Secret Rose Theatre in the NoHo Arts District. Then, COVID-19 stay-at-home orders were put into place and our production left in limbo. While I’m sure you can ascertain the subject matter, Jeff Gould’s witty play is about so much more, examining the psychology and dynamics of marriage, friendship and the in-between. I’m hopeful we can bring this scintillating material to audiences when it’s safe to do so again.

Meanwhile, I’ve been using this time at home to curate my own projects while also delving deeper into my roots. It most certainly takes courage to create as an actor, and perhaps even more so as a writer, to create the world, the circumstances, and to put the words out there to begin with! It’s another avenue of creating that I’m embracing. Since childhood, I’ve wished to have been taught the Filipino language and more about my heritage. This time of awakening on multiple fronts in our society has propelled my thirst and demand upon myself into research for those stories that I long to know, share and bring to life.

As an emerging writer, I’m developing a multi-generational family dramedy and a historical drama. This time of stillness has definitely shown how crucial the arts are to keep us not only entertained but hopeful for the future. Its pursuit is a beautiful gift, quest, responsibility and privilege for the creative, in service of the soul of humanity. This duck is all in. 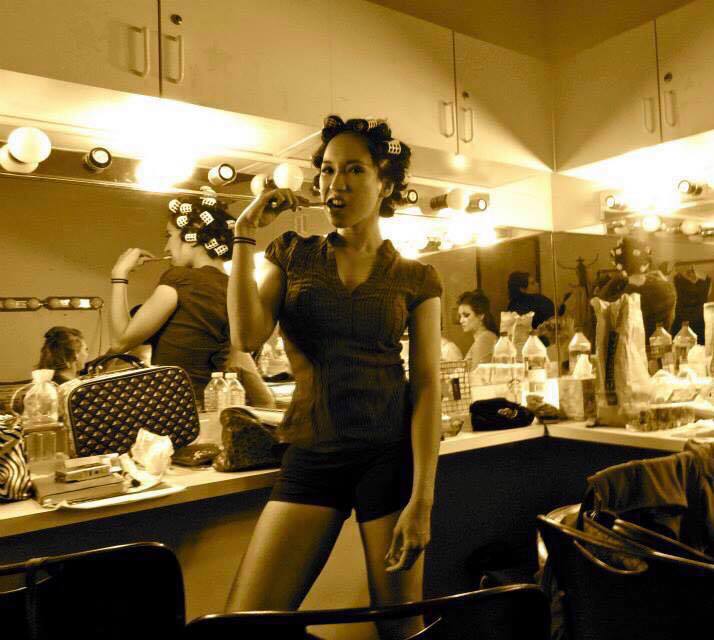 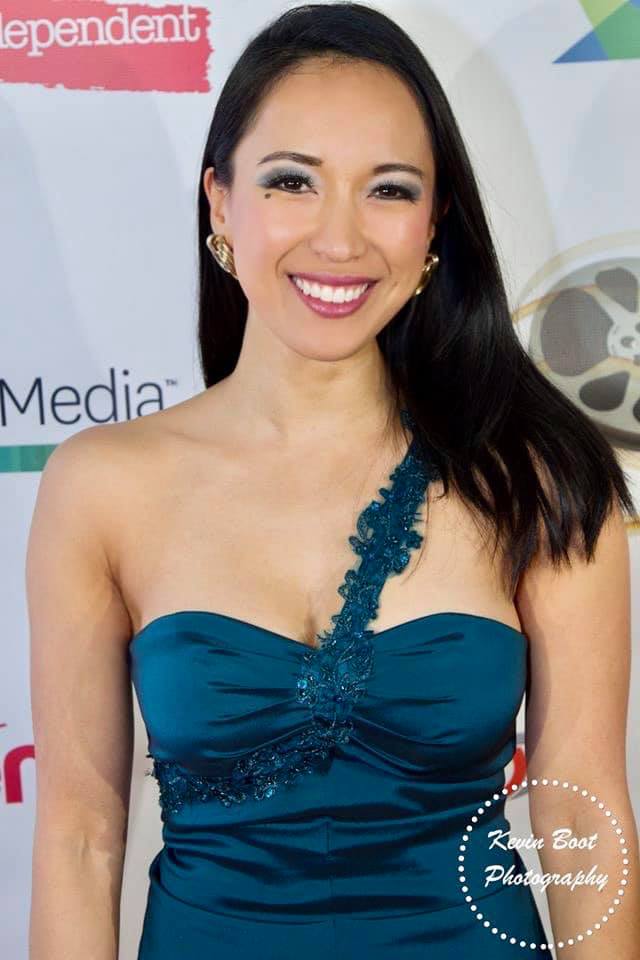 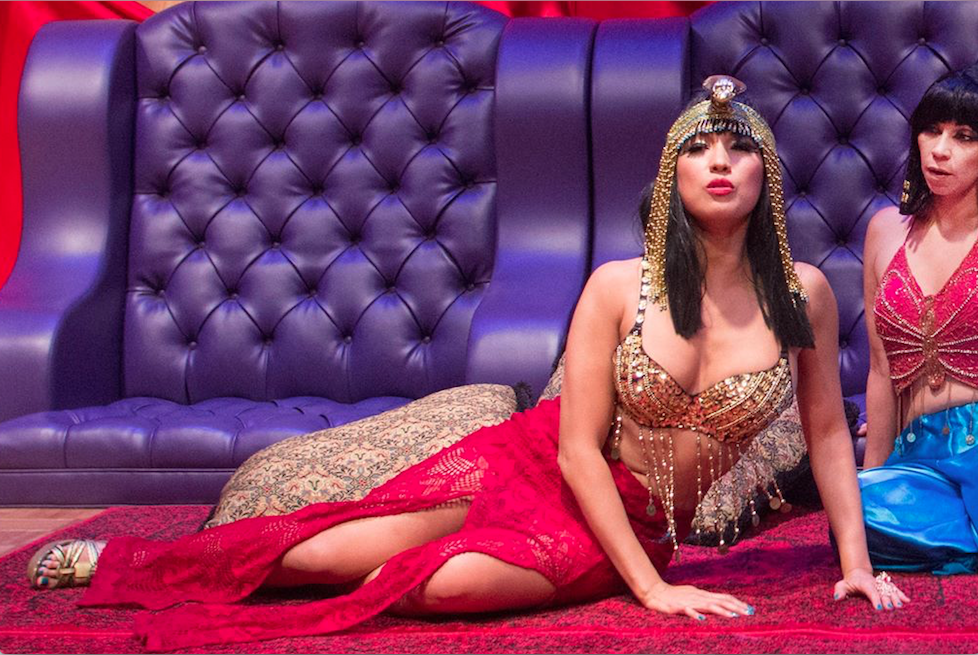 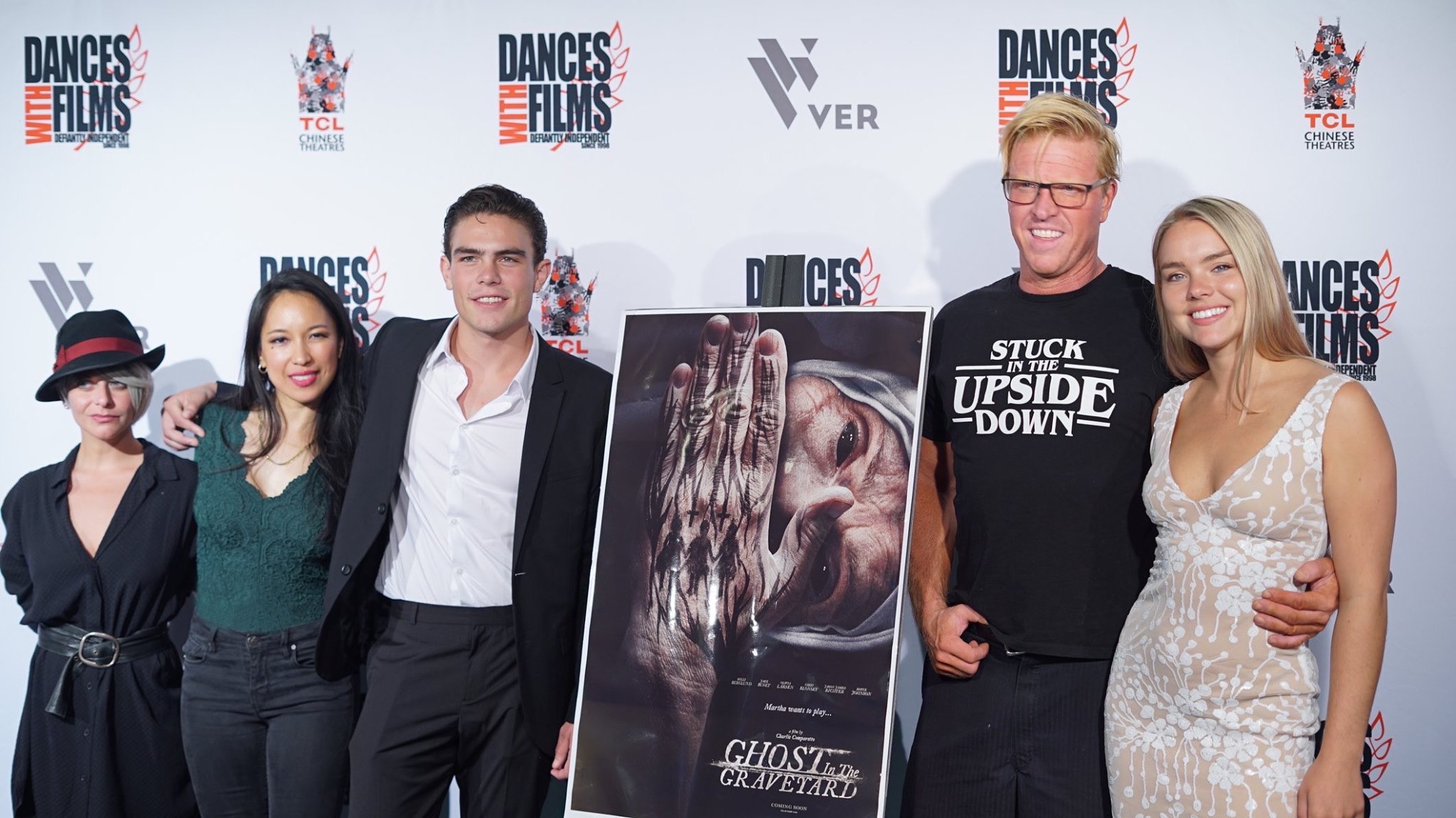 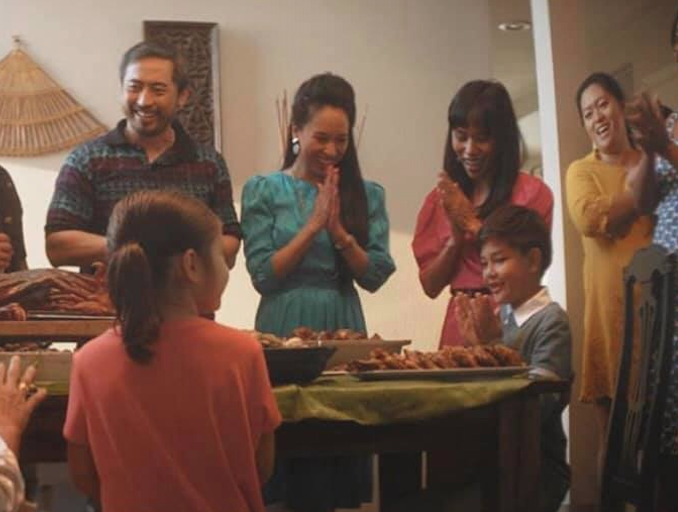